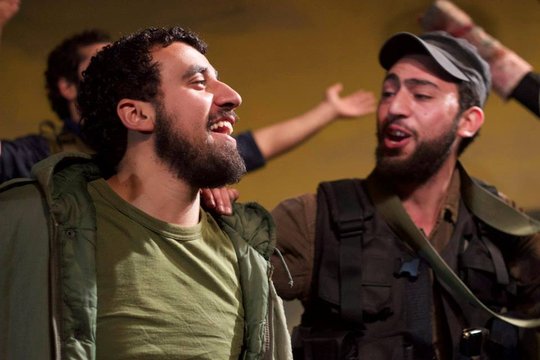 "Whoever believes that theatre is a dead art form needs to see The Siege.” Joe Gill, Middle East Eye

The Siege UK tour is over, and what a journey it has been! The play received exceptional reviews during the tour, which included ten venues across Britain and twenty performances of which the large majority were sold-out.

“One would struggle to find a more authentic piece of theatre, or indeed one that speaks to such a brutally urgent case of injustice” stated The Public Reviews, while The Guardian wrote: “It develops into an unexpectedly compelling theatrical experience with a rough and ready energy, and, in the very act of its telling, speaks for the voiceless and forgotten.” Read more praise for The Siege here.

The Siege tour may be over but our presence in Britain is not. The Freedom Theatre UK Friends, a network of over 300 people in Britain, will continue to be involved in the theatre’s activities and we hope that you will too. Than you once again for your generous support! 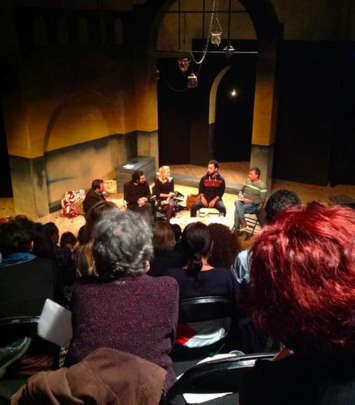 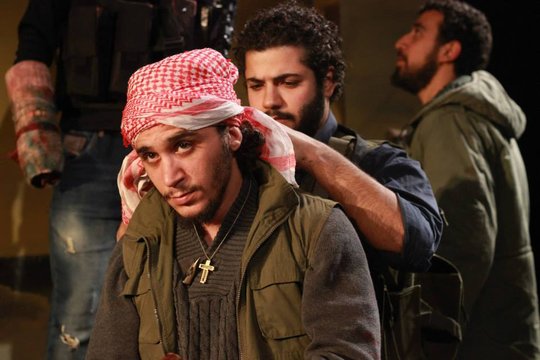 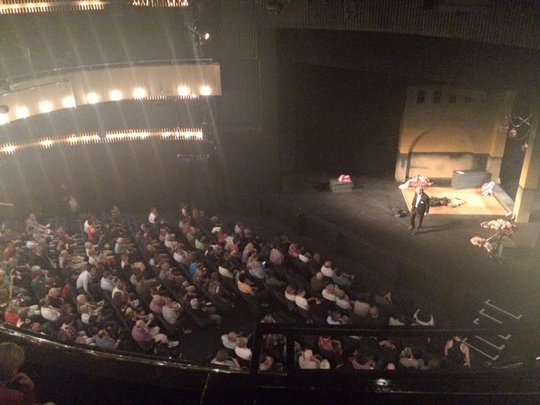 500 people in the audience! 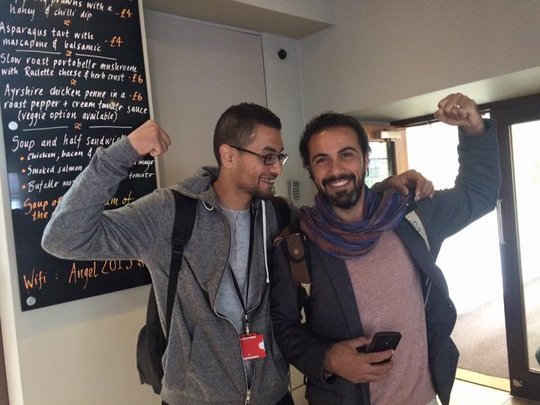 The Siege comes to the UK!

"It is very exciting to welcome The Freedom Theatre’s tour of their new play ‘The Siege’ to Britain. This is real political theatre, performed out of the both terrible and inspiring experience of a struggle for freedom and justice. They are living proof that telling stories and entertaining audiences are powerful acts of resistance to oppression. Do go and see them, they have news for us. This little theatre could change the world.” Howard Brenton, playwright

Receiving outstanding reviews, The Siege has just ended a series of sold-out performances across the West Bank. Large audiences from Jenin to Bethlehem were captured throughout the play; laughing, crying and cheering as the story of the siege of Bethlehem in 2002 unfolded.

The Siege opened to a full house at The Freedom Theatre on April 4, the fourth anniversary of the unsolved murder of the theatre's general director and co-founder, Juliano Mer Khamis in 2011. April 4 is also the anniversary of the large-scale invasion of Jenin Refugee Camp by the occupation forces in 2002, which played out in parallel to the siege of Bethlehem. The last performance of The Siege took place in Bethlehem, a very symbolic event attended by over 350 people, some of whom had personal experiences of those fateful 39 days when the entire centre of Bethlehem was under curfew.

The Siege brings together Palestinian actors from the West Bank, Palestine '48/Israel and Jerusalem, as well as a creative team with Palestinian and international members, including The Freedom Theatre co-founder, composer and activist Dror Feiler and composer Nicola Kodjabashia. (Find full list of creative team, cast and production team here).

The Siege will soon embark on The Freedom Theatre's first UK tour, with a string of performances across Britain. We hope you will join us! Dates & details: www.thefreedomtheatre.org/the-siege.

"This is a rare opportunity to see this famous company. This should be not only exciting theatre but give us an insight into the horrific oppression suffered by Palestinians in the territories occupied by Israel. I’m sure the performance will be a hit!” Ken Loach, film director 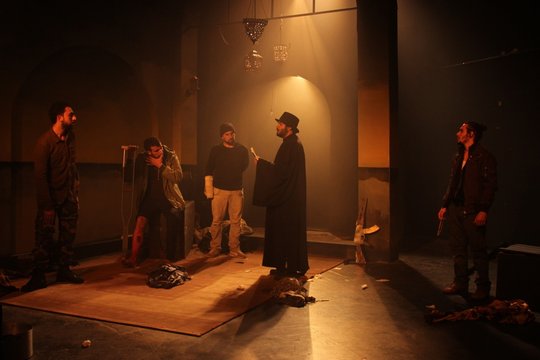 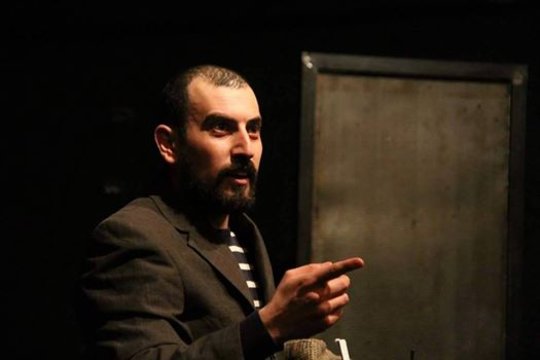 Report from this year's Freedom Ride 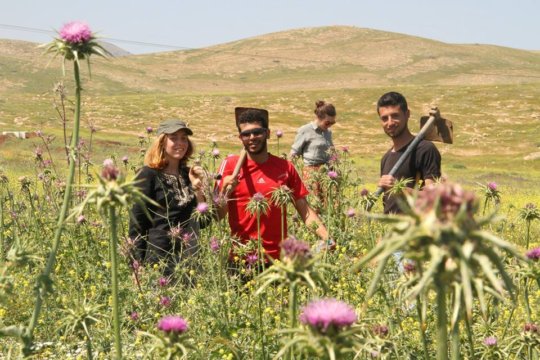 Freedom Riders in the Jordan Valley

This year's Freedom Ride in occupied Palestine brought together 50 people from Palestine and abroad who travelled to communities across the occupied West Bank, bringing cultural resistance from Jenin in the north, all the way to Jerusalem.

Actually, not everyone made it to Jerusalem. The original plan was to spend the two last days of the Freedom Ride there - a symbolic and actual defiance of the enforced separation between Palestinians in the West Bank and in East Jerusalem. However, realities on the ground came in the way. Despite several attempts, the Palestinian members of the Freedom Ride, including The Freedom Theatre’s staff, students and actors, were denied permits and thus could not cross the checkpoint between Ramallah and Jerusalem. The international members of the Freedom Ride were put in a dilemma – should they continue or stay? In the end half the group stayed behind to in Ramallah and the other continued into East Jerusalem. In the evening the two groups carried out parallel playback theatre events, sharing stories of isolation, marginalisation and the difficulties of having to separate from the Freedom Riders who were not granted permission to enter their own capital. There were also accounts about solidarity between people from around the world with Palestine and how that inspires and gives hope.

For many, this year's ride was a transformative journey.

"The Freedom Ride was a very intense, rich experience. I appreciated the fact that there was a good number of Palestinians on the ride and that Palestinians played a dominant role in organizing the itinerary and events throughout the ride. The Ride is unique in its combination of Freedom Ride participant interaction, experiences with a diverse set of Palestinian communities and engagement with the arts. Every day I was saturated with stories, information, emotions and thoughts—snapshots of the multiple and diverse perspectives about the reality of occupation. It is an experience I will never forget and one that challenges me to change my own actions and involvement moving forward."

The unique feature of the Freedom Bus project is the use of cultural activism to bear witness, raise awareness and build alliances. Actors and musicians invite real-life stories from communities across occupied Palestine and subsequently transform each account into a piece of improvised theatre. This makes the Freedom Ride organized by The Freedom Theatre unique in Palestine and very different from other solidarity rides. Other events of the Freedom Ride include volunteer work in communities, such as planting trees, painting walls or making mud bricks, walks, workshops and educational talks. All these activities happen in communities who are affected by the occupation in their daily lives, but who differ in how they respond to it. The accounts we heard were not easy to bear and sometimes emotionally overwhelming.

In the end we hope there will be no need for another Freedom Ride in occupied Palestine. But as long as Palestine is not free, we will continue. We hope you will continue to stand by our side. 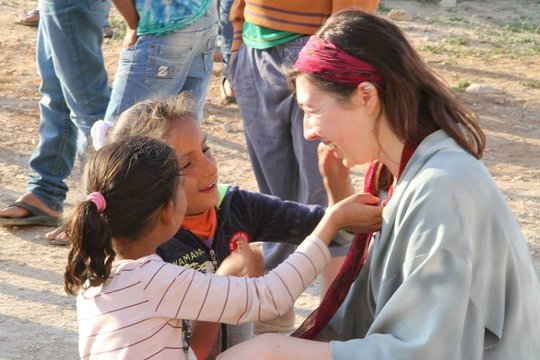 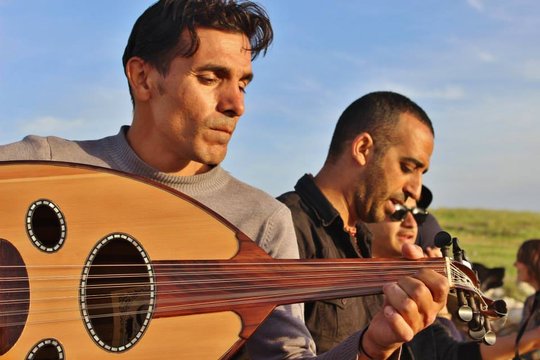 Music and theatre are central in the Freedom Ride 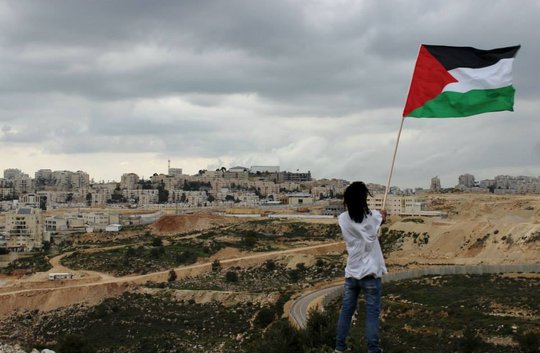 Freedom Rider waving a flag close to a settlement 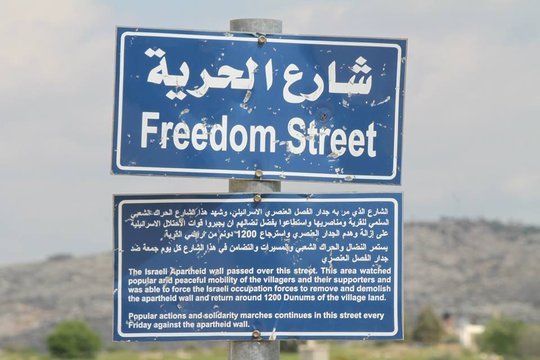 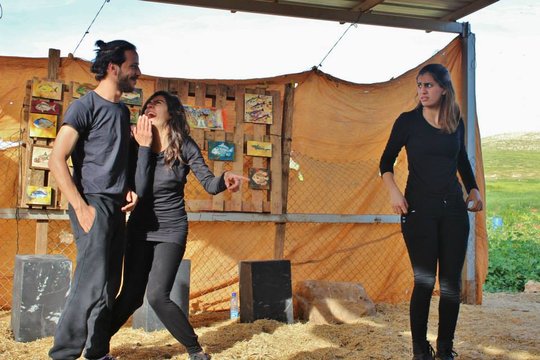