FYF Remembers 3 August with events in Berlin and Washington DC 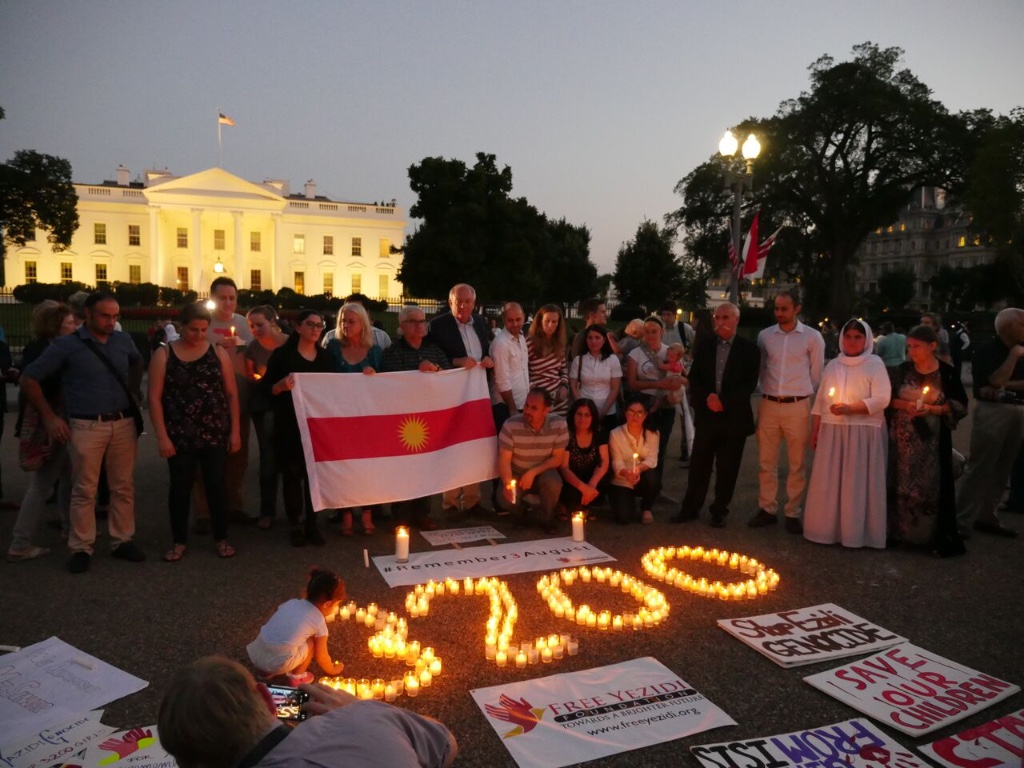 FYF hosted a vigil in Washington, DC, last year. Please join us again this year
to show support for Yezidi survivors and pay respect to those we have lost.

To mark the third anniversary of the genocide perpetrated against the Yezidis, the Free Yezidi Foundation and the American Ezidi Center call upon concerned citizens to join the vigil in front of the White House and express support and solidarity with Yezidis. 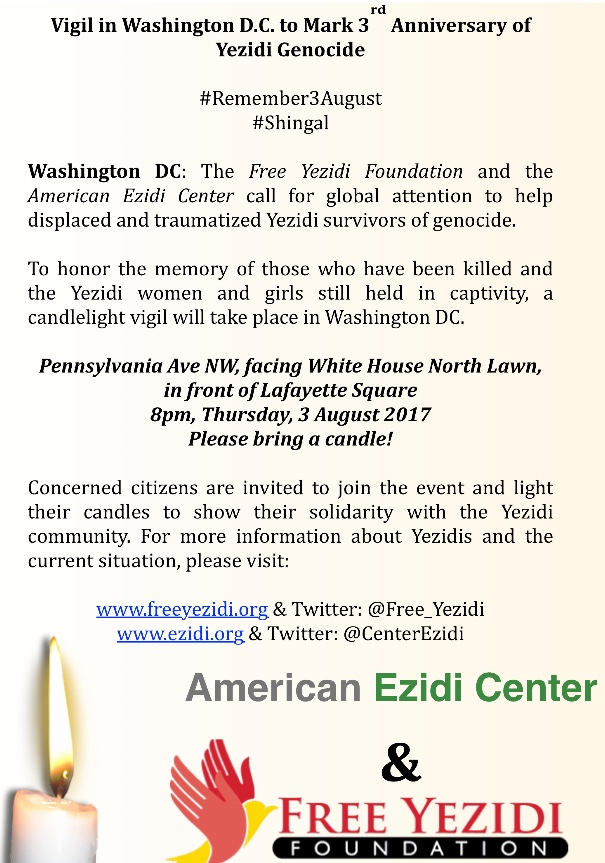 FYF has been invited to provide the keynote address for the opening session of the Jewish Activism Summer School (JASS) of the University of Potsdam. On 1 August, as the JASS celebrates the Jewish Tisha B'Av holiday at Oranienburgerstrasse Synagogue in Berlin, FYF will discuss the genocide perpetrated by ISIS against the Yezidi people. More information on the event can be found by clicking here.

During the day of 3 August, FYF will participate in a panel at the Hudson Institute in Washington to discuss the situation of Yezidis in Iraq and the vital importance of justice and accountability. Limited seating is available. Further details for this event can be found by clicking here.

This is a day to remember the suffering of the Yezidi people and to show the world that Yezidis are not alone. I would like to thank our Foundation's supporters and friends, and I hope many of you join us with a candle on August 3rd. 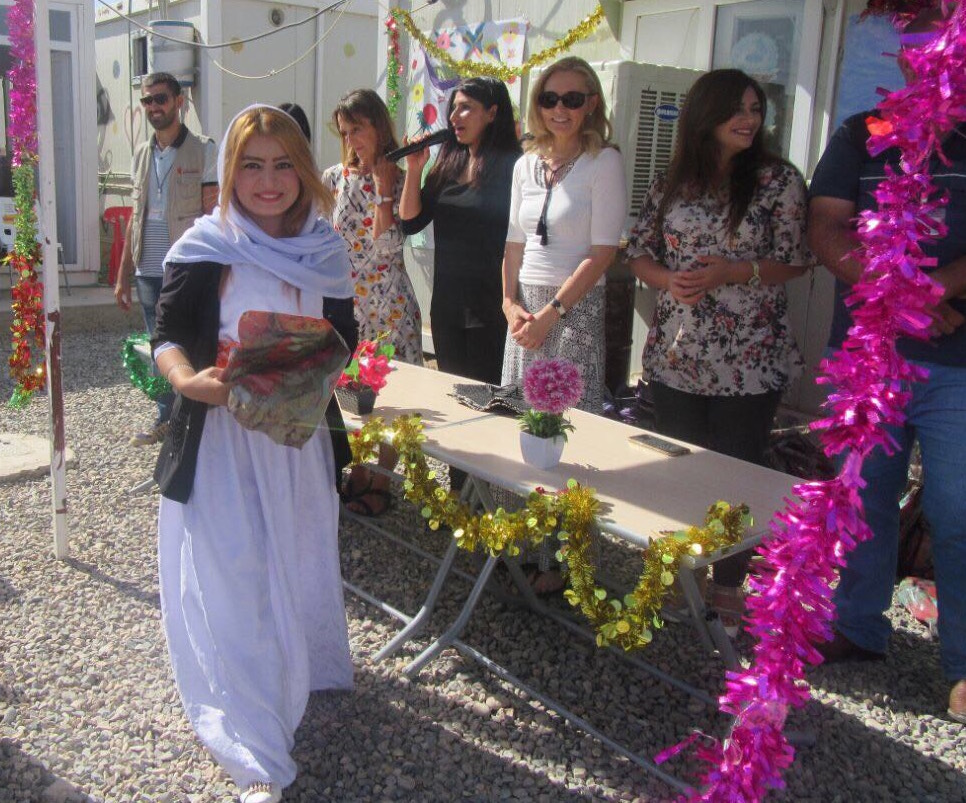 FYF women's center graduate receives her diploma on 26 July 2017.
Special thanks to Women for Women International for the continued support.

On a brighter note, women and children attending the FYF centers in Duhok have graduated this week. We would like to warmly thank FYF staff members for their hard work and applaud our recent graduates and wish them success in the future.