The Free Yezidi Foundation continues its focus on providing sustainable solutions, training, and development to the Yezidi community. At the same time, we are focusing on the priorities of the community in the aftermath of the Yezidi Genocide, including efforts to identify and bring back Yezidi women and children.

This month, FYF has helped lead an international campaign to prompt a serious search and rescue effort for those Yezidis still missing and unaccounted for seven years later. A joint letter, co-written by the Free Yezidi Foundation, was signed by more than 80 organizations and individuals in this regard.

"Seven years after the genocide, it is a travesty that the Yazidi women and children remain missing and their fate unknown. If they are alive, they continue to be enslaved and subjected to daily abuse. Despite findings of genocide and repeated pronouncements expressing concern for Yazidis, the international community has failed to organise any effort to locate these kidnapped individuals."

The letter was delivered in person to 10 Downing Street in the United Kingdom, and FYF participated in several meetings to highlight this issue in September. A press releaserelated to this letter was issued as well. 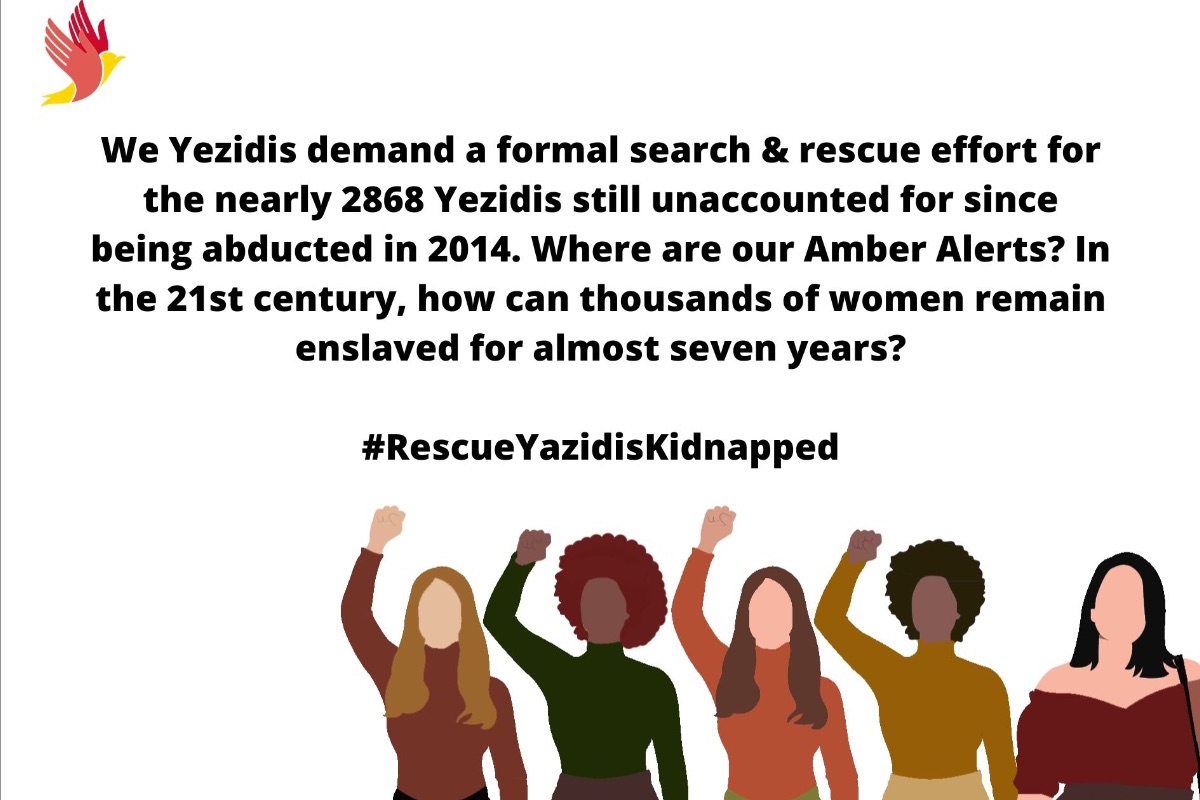 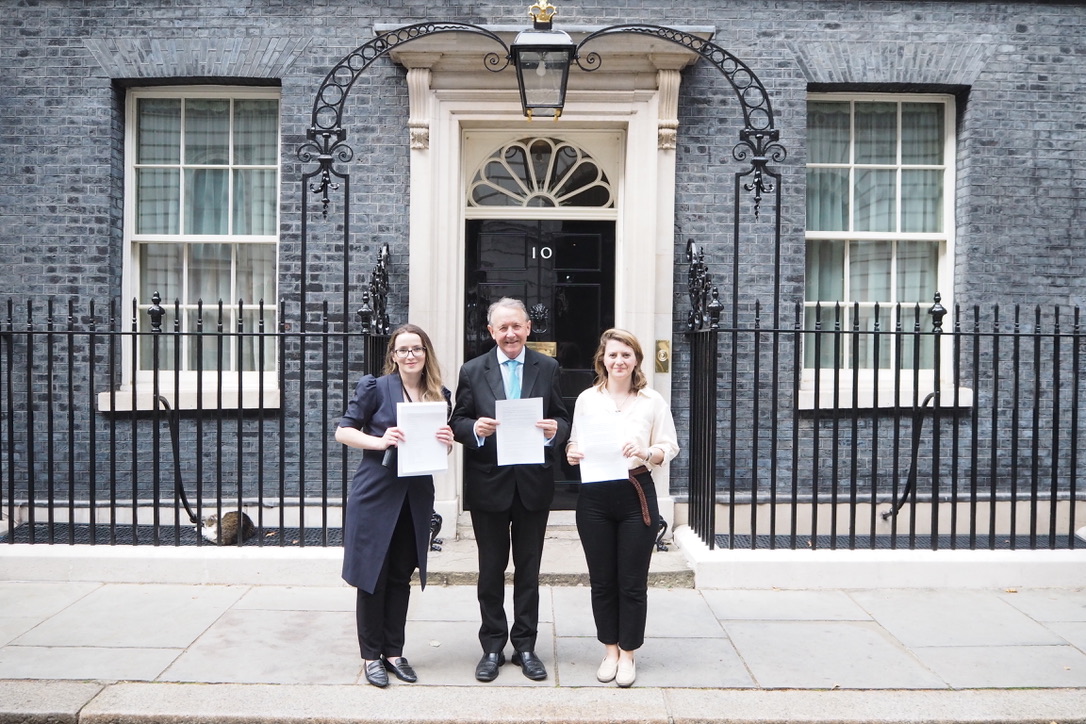 The FYF team was very pleased to congratulate Mr. Christian Ritscher as the new head of UNITAD, the UN body responsible for investigating ISIS crimes. FYF has worked closely with Mr. Ritscher over the last years, including meetings in Germany and regular communication. Furthermore, Mr. Ritscher has graciously appeared in both of FYF's virtual commemoration events in the last two years. FYF is grateful for his steadfast work pursuing justice and accountability in Germany, focusing on winning cases rather than media attention or self-promotion. Our team personally and publicly congratulated Mr. Ritscher, and we look forward to working with him closely. 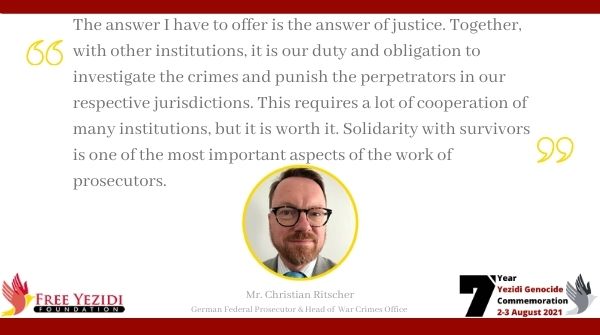 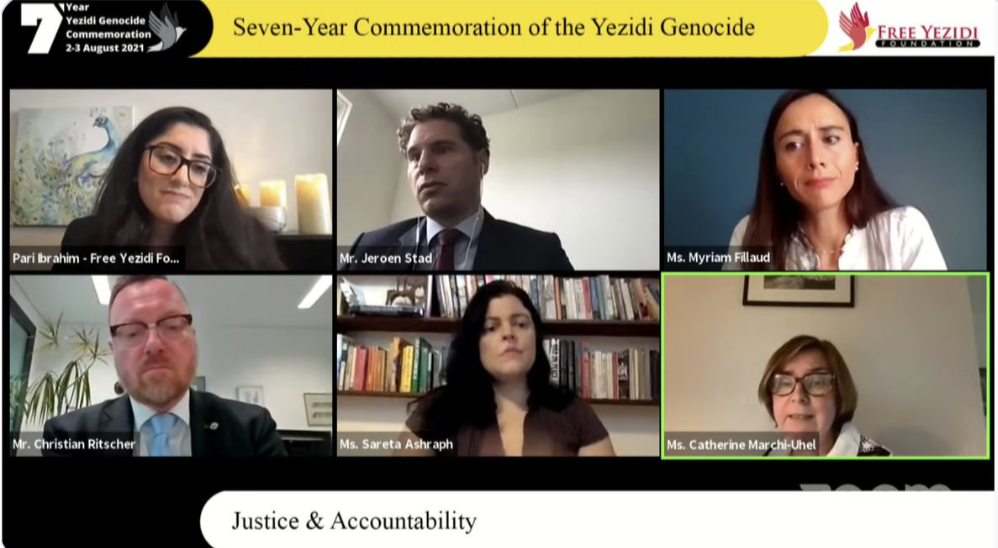 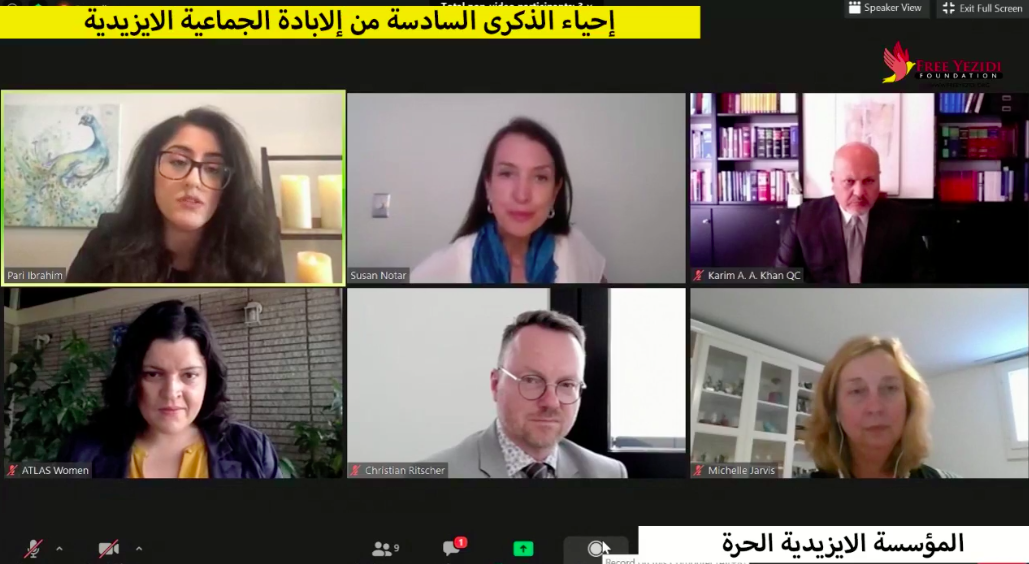 The FYF 2020 annual report is now published on the FYF website in English and in Dutch. Please feel free to review this report for facts, figures, and anecdotes about the organization's activities and successes.
FYF Annual Report
"Despite challenges, FYF continued efforts in the field to promote education, livelihoods tools, employment, justice, and women’s rights." 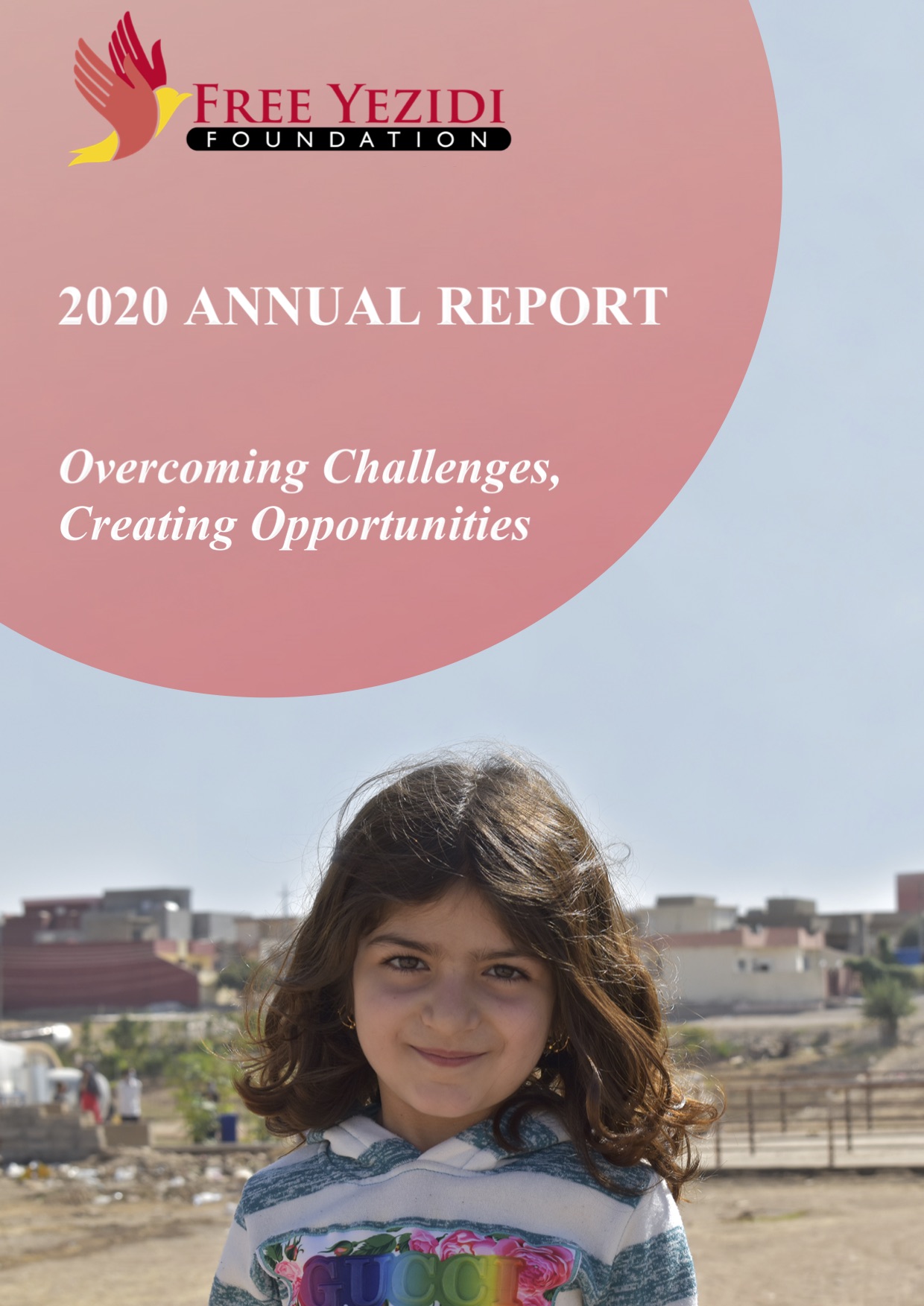 Thank you all, as always, for your steadfast support of the Yezidi community.Sincerely,

In the News
Coalition for Genocide Response | Join the Initiative to #BringBackYazidis | The letter to world leaders, co-authored by FYF, is featured here.

UN Women | Learning from Practice Brief Series: Issue No. 4 | This is a policy brief from UN Women that includes the experiences and lessons learned from a number of UN grantees, including FYF.

Kurdistan24 | UN Appoints New Head of Investigative Body for ISIS war crimes | FYF is quoted in this article regarding the new Head of UNITAD.

Kurdistan24 | 80 Organizations, Experts Urge Rescue of Yezidis Still Missing after Being Kidnapped by ISIS | FYF is featured in this article regarding the effort to prompt rescue for missing Yezidis.

Kurdistan24 | Petition Calls on Germany to Formally Recognize Yezidi Genocide | This article quotes FYF in highlighting the importance of genocide recognition as a necessary first step toward recovery and justice.