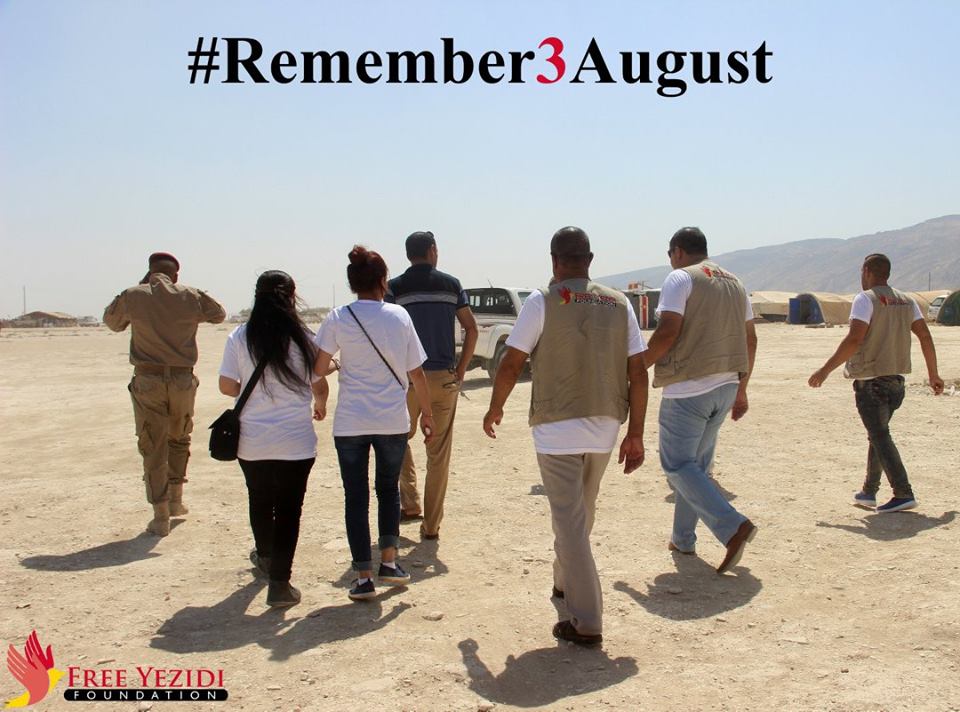 Five years ago, ISIS militants swept through Shingal and surrounding towns, bent on destruction, murder, rape and pillage. The atrocities, sexual violence, and genocide perpetrated by ISIS or Daesh against Yezidis are now acknowledged by the international community.

It is important that these crimes are not only remembered in terms of numbers or historical facts. The attacks are personal to so many. The horror stories and the sexual violence have left incalculable wounds on individuals and our society as a whole. We in the Yezidi community struggle to provide assistance and rehabilitation to highly traumatized survivors. As of today, the fate of 2,930 Yezidis remains unknown. Already 80 mass graves have been identified and 68 Yezidi religious temples have been destroyed. We must not forget. The world should never forget.

The Free Yezidi Foundation appreciates the attention and contribution from governments, NGOs, and agencies to help Yezidis on the way forward. We also appreciate the efforts of the UNITAD team that seeks to build cases to bring justice and accountability to a place where it is severely lacking. The process takes time, but nonetheless, all parties must press forward, even if justice comes in small doses and over long periods of time.

Five years later, the vast majority of Yezidis remain displaced in Iraq or living abroad – an estimated 360,000 displaced and more than 100,000 emigrated. There is a heavy price to living as displaced person. At the same time, return to Shingal and home villages cannot be prematurely rushed in a way that endangers the welfare and the actual lives of the surviving community.

It is important for friends of Yezidis to realize that the antecedent causes of ISIS atrocities continue to exist in the form of stereotypes, discrimination, and hatred against religious minorities in Iraq. Reconstruction in Shingal moves forward very slowly. Even so, buildings and roads will not bring security and prosperity if we do not have equal rights. For Yezidis to live and succeed in Iraq, it is important to acknowledge that there were already multi-faceted, serious problems facing our communities before ISIS. The military defeat of the ISIS Caliphate does not erase these problems. 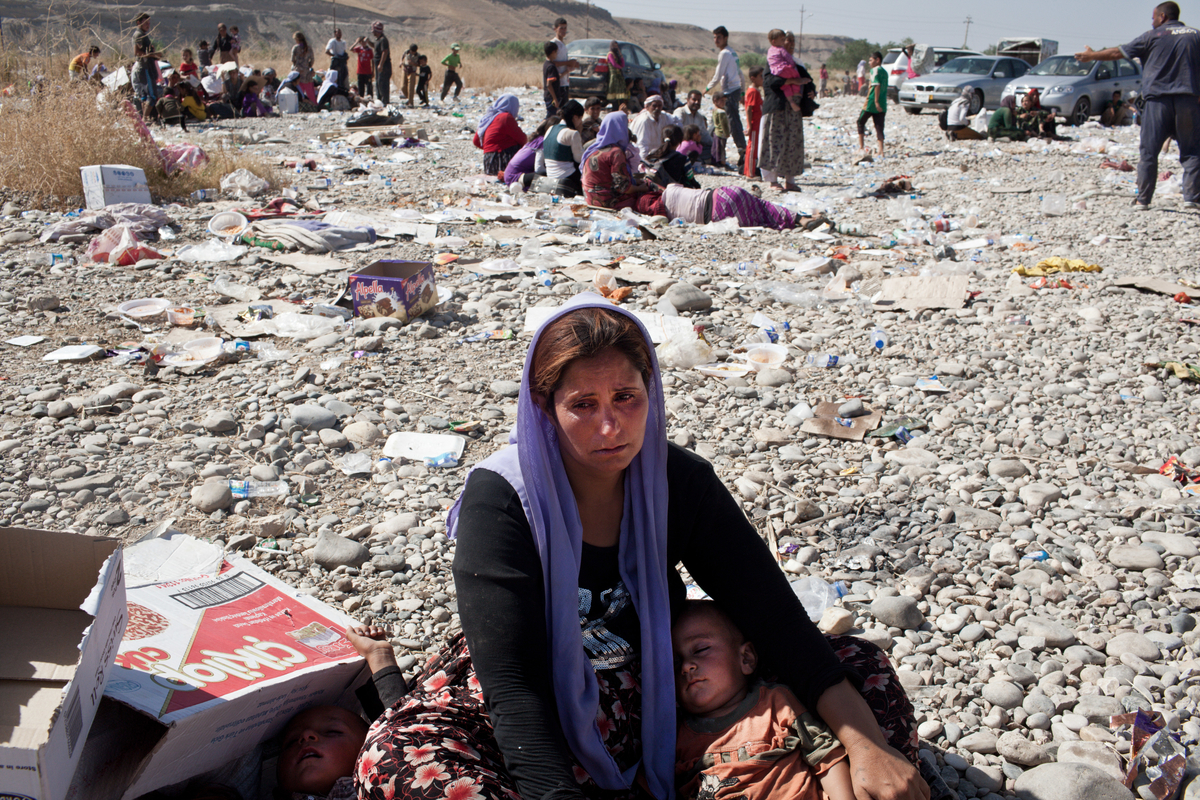 The following matters are among the cornerstone requisites to address fundamental, systemic problems and improve the prospect of success for Yezidis in Iraq.

1. Diverse religious education. Mandatory changes must be adopted throughout basic and secondary school, throughout Iraq, to ensure that religious education is diverse and acceptable to religious leaders of all Iraq’s minority religion. Many members of the older generation may be too set in their ways to change. But children should learn that all people, of all religions, have equal rights, and not grow up believing members of some religions are inferior. Messages of hate and intolerance that continue to stream from religious institutions in Iraq should be met with serious consequences.

2. Representation. In Baghdad and Erbil, it is essential that minority members of parliament and functional, empowered government actors have voices and can represent their constituencies without fear of reprisal. But further, there must be genuine representation at all levels including governorate, district, and sub-district levels. Local town officials and police officers can have a major impact on whether people feel protected or excluded. There must be enough power devolved to local levels and minority officials so that communities can feel ownership of their progress.

3. Opportunity. For Yezidis in particular, one of the greatest outcomes of isolation and exclusion has been a lack of education and employment opportunities. Traditionally, Yezidis have subsisted and struggled to survive as farmers. Returning to pre-ISIS conditions will not help Yezidis to solve our problems. Rather, every Yezidi, whether in an IDP camp or in villages in and around Sinjar, must have opportunity for basic education and development of skills for better employment. Subsistence agriculture cannot sustain us in the 21st century. We need better access to schooling, universities, job trainings, and job opportunities. Discrimination and acts of hatred or abuse against Yezidis must not be accepted and should be punished by law enforcement according to relevant laws. We do not want any favors or handouts, but we religious minorities demand equal chances.

4. Justice. It is impossible for Yezidis to return home and live comfortably if there is not a successful effort to bring perpetrators to justice. These criminal acts and atrocities must be punished. It is up to all governments, including Iraq and the international community, to ensure that the crime of genocide is not forgotten. Five years later, we fear that perpetrators have committed these crimes with impunity. This cannot stand, and justice must be delivered.

5. Security. The international community should also acknowledge that there will be no return for Yezidis if it is not safe. Now, five years since the ISIS attacks, security is a primary barrier for return, and no force in Iraq is capable or interested in providing security for Yezidis. Furthermore, the resurgence of ISIS is an ongoing, existential threat to Yezidis. It is important to bear in mind that Yezidi IDPs remain in tents primarily because it is not safe for them to go home.

As Yezidis continue to struggle in recovery, the preconditions that enabled our persecution must not be neglected through a focus solely on physical reconstruction. Similarly, we Yezidis must understand that although the international community sympathizes with our plight, it is only Yezidis ourselves who can truly rebuild the community. We Yezidis must learn from others who have overcome persecution. We must strengthen future generations and ensure that we are not dependent on others, whether it is the domestic government or foreign assistance. During a time of genuine sympathy and concern, let us focus on building the skills, the capacity, and the knowledge of our people – not only buildings and roads. This begins with education, modernizing our society with attention to gender equality, and creating economic strength.

August 3rd is a sorrowful day for Yezidis, especially survivors, but we and our friends should mobilize our energies to build a better future through sustainable investments in our people.


This statement is available on the FYF website here. #Remember3August