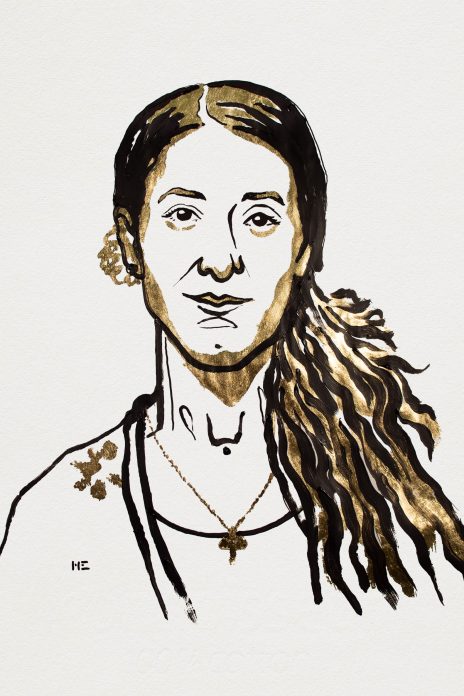 Before ISIS began its genocidal campaign against our people, hardly anyone had heard of the Yezidis, our community, our religion, or our culture. Now, after this tragedy, the world knows who we are and what we have suffered. We are very proud of Nadia Murad for winning the Nobel Peace Prize and her struggle to help the Yezidis.

Thankfully, thousands of women and girls like Nadia have escaped or been rescued. It is important for the international community to remember that many of those survivors are living in huts, tents, or unfinished buildings with little access to daily needs, much less psychological care. It is absolutely imperative that the good will and sympathy extended to Nadia also reaches the thousands of other survivors who are in desperate need. We believe the Nobel Peace Prize can galvanize action and sympathy to the Yezidi cause. This must not be seen as a chance for superficial photos, grandstanding, or entertainment by governments or opportunists, but instead should catalyze meaningful humanitarian aid and human rights responses. The failure to uphold the responsibility to protect and standing treaties on genocide and crimes against humanity cannot be ameliorated by prizes or congratulatory messages. There must be real action, and there must be justice.

Nadia’s Nobel Peace Prize could be a great opportunity to sensitize the international community about the Yezidi genocide and make people aware of the current difficulties that the Yezidis face living in IDP camps.

The Yezidis have not obtained accountability and more needs to be done in order to take the ISIS perpetrators to real trials in courts of law. We urge lawyers and human rights actors to see this as a serious matter. Nadia also called on the international community to provide aid to the rebuilding of the Yezidi villages that have been destroyed by ISIS. The destruction, the instability and the lack of security have forced Yezidis to live in IDP camps and have prevented them from returning home.

Although there is the ongoing struggle to advance and defend the needs and rights of Yezidis, it must be recalled that survivors are individual people and have their own rights and needs. We continue to urge all actors to fairly respect Yezidi survivors of sexual violence as people, not only for their value in recounting the atrocities committed against them.

We applaud Nadia for her tireless advocacy and stand in solidarity with all Yezidi survivors of sexual violence, now and in the future.

To keep supporting the Yezidi community please visit our website or our Global Giving Page.