We hope this email finds you happy, healthy, and safe as we transition from spring into summer. This past month was full of important events that we are eager to share with you. UNITAD made an official determination of what we already know: that the extensively documented ISIS crimes committed against the Yezidi people constituted genocide. This represents a step forward in international recognition of the Yezidi Genocide and prospects for justice. FYF celebrates this step, while cautioning that such determinations must be met with concrete action in the pursuit of justice for ISIS crimes. 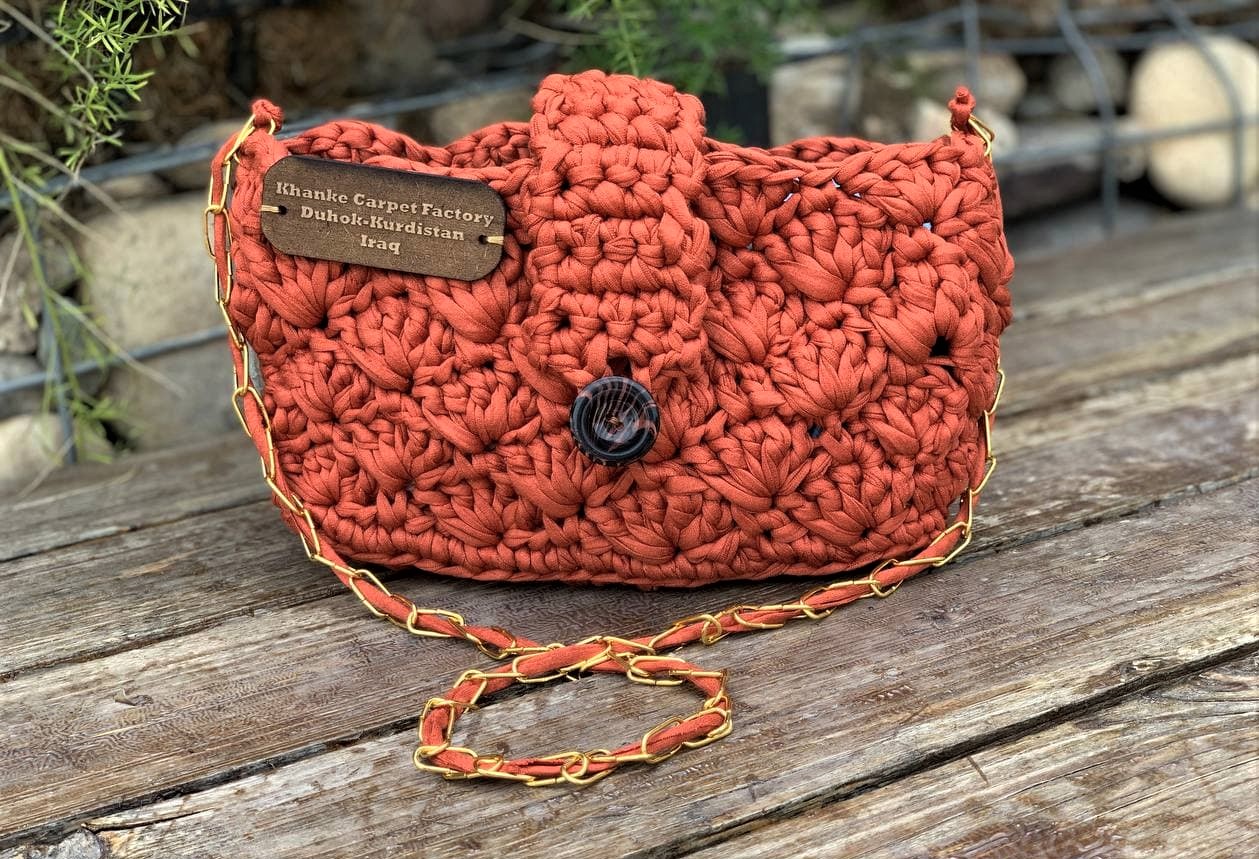 In the beginning of May, Free Yezidi Crafts & Enterprise, the artisan branch of the recently opened FYF Enterprise and Training Center, participated in a U.S. Consulate bazaar in Erbil, Iraqi Kurdistan. Our intricate handwoven carpets, rugs, and crocheted pieces were an instant hit - selling more than 27 items in the span of a few hours! The event generated a buzz about our quality Yezidi-made handicrafts, which you can peruse here. Orders can be placed via email to info@freeyezidi.org or through direct message on our Instagram page linked above.On May 12th, the Free Yezidi Foundation provided testimony to the United States Commission on International Religious Freedom hearing about genocide determination. In the statement, FYF's Pari Ibrahim emphasized the Yezidi community's solidarity with the Rohingya and Uyghur people and the importance of timely genocide recognition for survivor communities. Further, she cautioned that the Yezidi community's 74th genocide should be viewed as ongoing - highlighting the fact that nearly 3,000 abducted Yezidis remain unaccounted for and the effects of the genocide still impact daily life.

The following week, FYF co-hosted an event with the Wilson Center's Middle East Program to discuss geopolitical challenges faced by Yezidis in both Iraq and Syria. The panel discussion addressed ongoing needs in the Yezidi community - from mental health and psychosocial support to security and infrastructure - but also highlighted the threats faced by Yezidis and other religious and ethnic minorities in Iraq and northern Syria. Scholars, including Amy Austin Holmes of the Wilson Center and Nadine Maenza of USCIRF in particular, emphasized the destabilizing role that Turkish airstrikes and Turkish-backed militias have played across the region in recent years. A video recording of the stimulating conversation can be found here.We hope you will find these events, conversations, and incredible handicrafts worthwhile and of interest. Thank you, as always, for your steadfast support of the Yezidi community.CONTRIBUTE

In the News
North Press Agency | Ethnic cleansing of Yezidis continues in Turkish-occupied Syria, say activists and experts | This article reviews the May 19th Wilson Center event, where panelists discussed the fate of religious and ethnic minorities in northern Syria.

Rudaw | Yezidis call for action to bring home loved ones kidnapped by ISIS | This article quotes FYF about the renewed international campaign to account for the almost 3,000 Yezidis who remain missing after being abducted by ISIS in 2014.

We write to you today with heavy hearts. On Friday, a large fire broke out in Sharya IDP Camp in northern Iraq, one of 15 camps housing over 16,000 displaced Yezidis who escaped the 2014 genocide. In total, 370 tents were burned. 184 families, comprised of 994 individuals living in those tents, lost all of their properties and belongings. These families are currently without shelter, food, and other basic necessities. 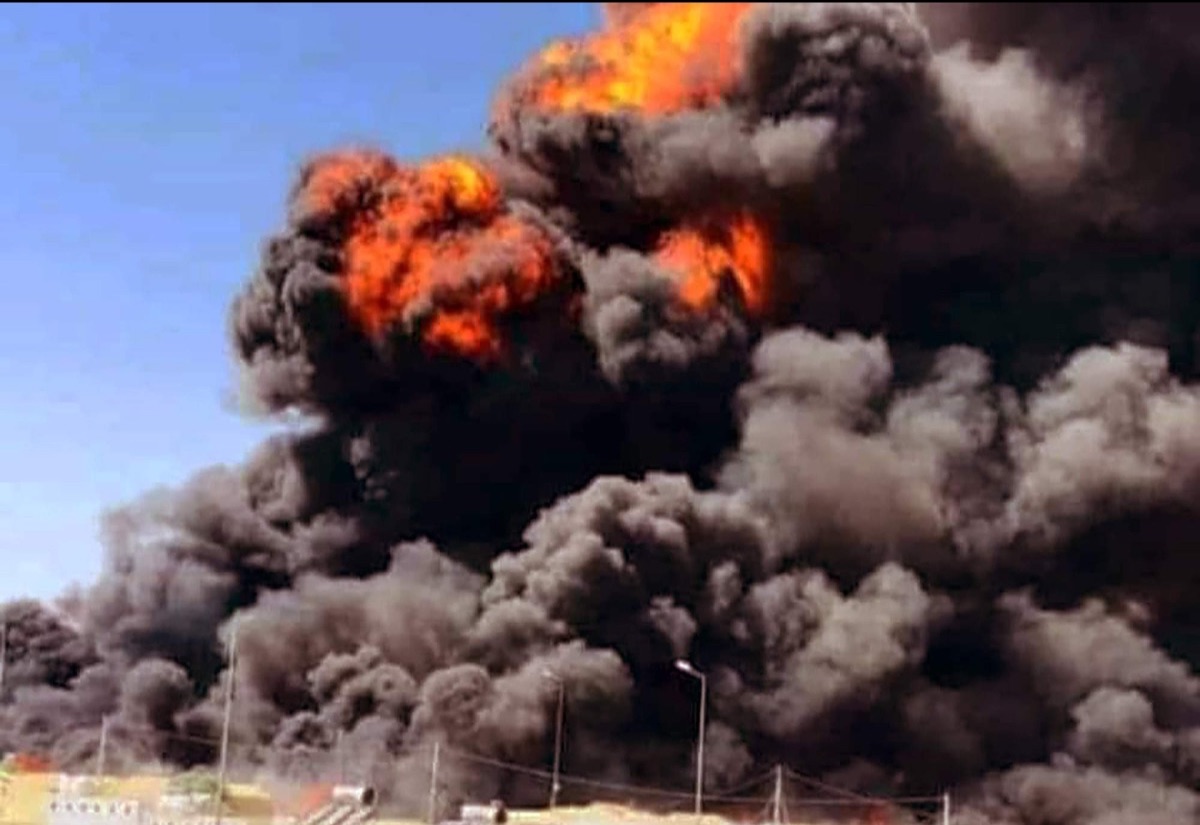 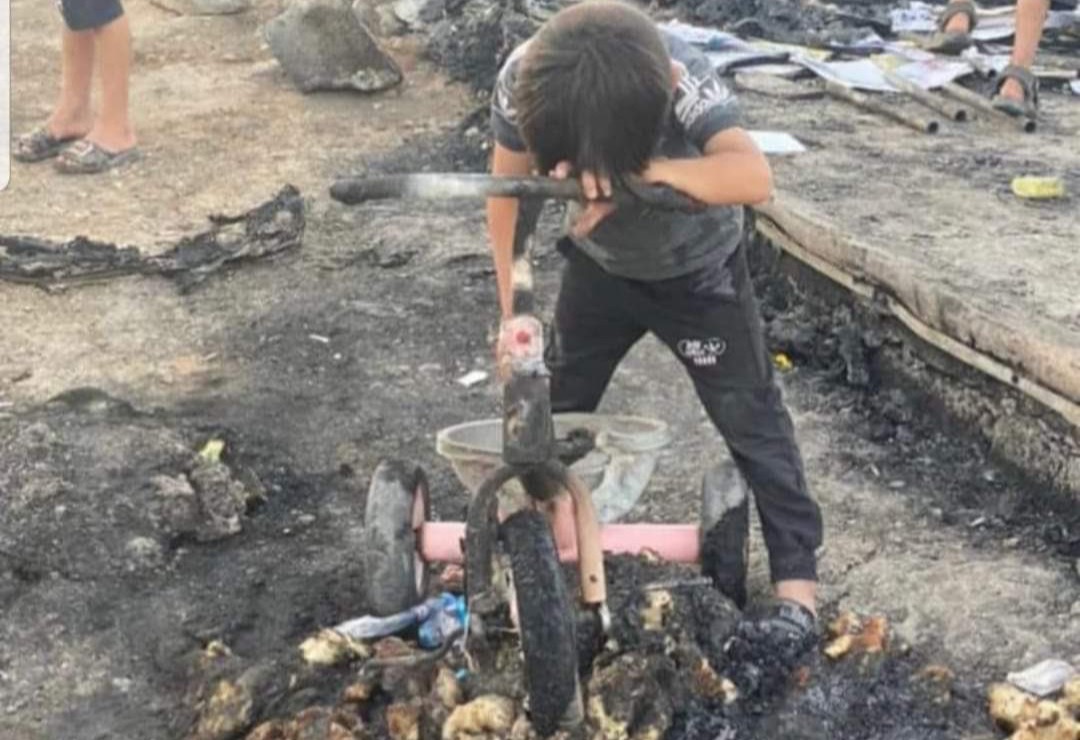 We are humbly asking you to join our campaign to raise funds to support these families and to help us address this emergency situation. We are joined in this campaign by a group of Yezidi NGOs and activists working together to collectively fundraise for the families. All funds raised will be pooled and divided equally among the 184 families, with a steering committee overseeing the distribution of funds. Whether you can donate $5 or $500, every donation counts. Will you join us? 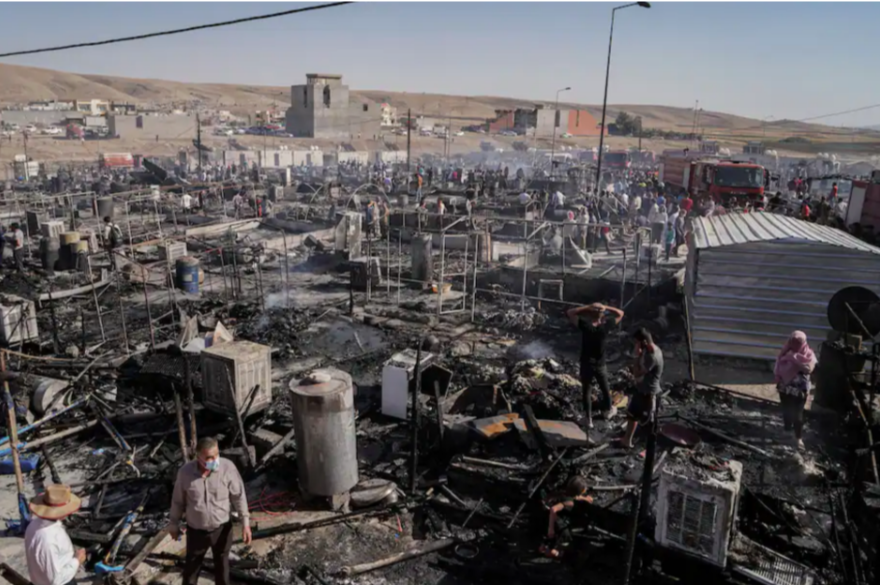 Events like these show us that Yezidis are unfortunately still experiencing the impact of the 2014 genocide. Thank you for your support and solidarity with the Yezidi community.Sincerely, 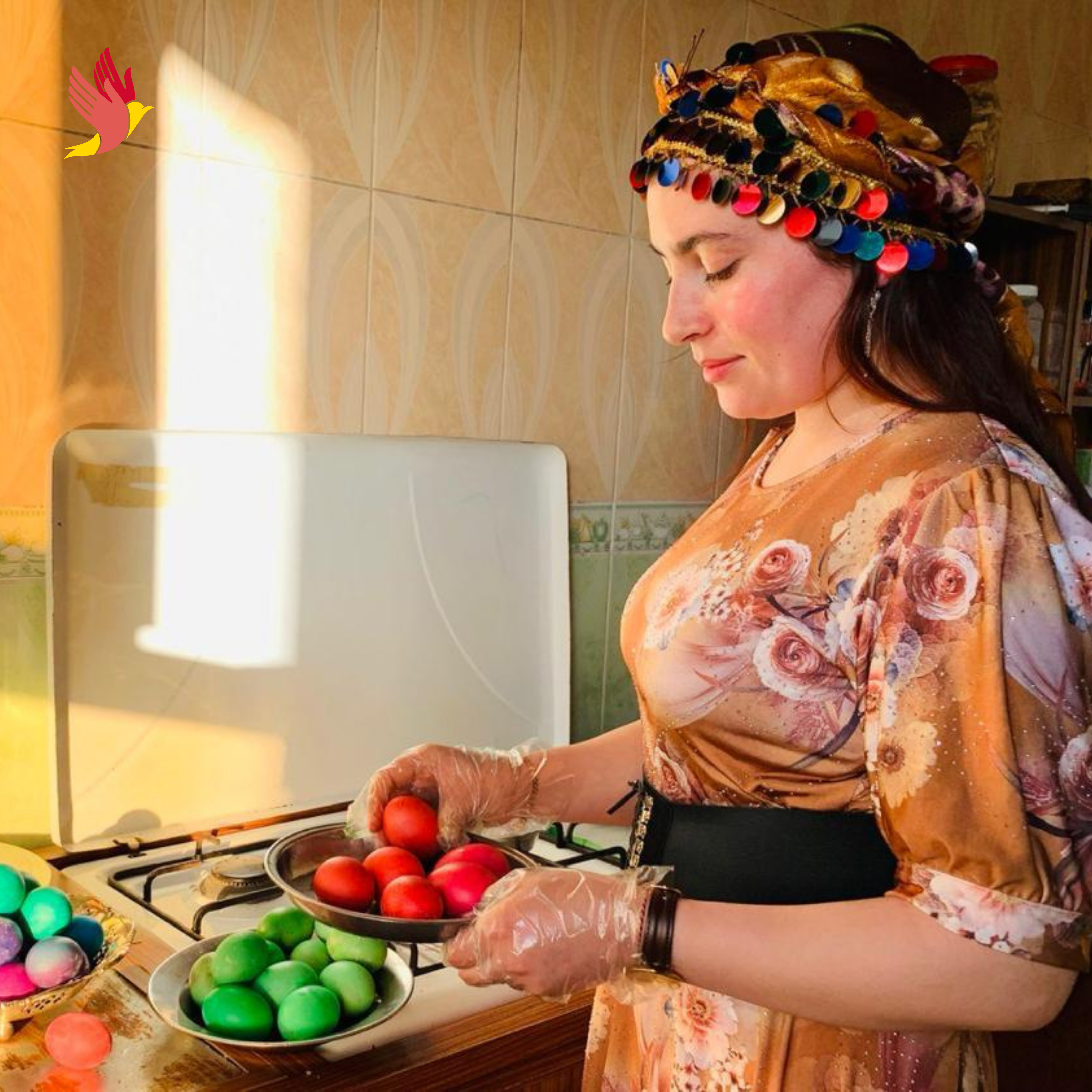 Each year, Çarsema Serê Salê - or the Yezidi New Year - brings the promise of rebirth, hope, and life to the Yezidi people.

On the heels of such a trying year, we are particularly grateful for the opportunity to celebrate the joy that the Yezidi New Year represents with you. While our celebrations may be smaller and more socially distant than in years past, we welcome Çarsema Serê Salê and the opportunity to begin anew that it represents. 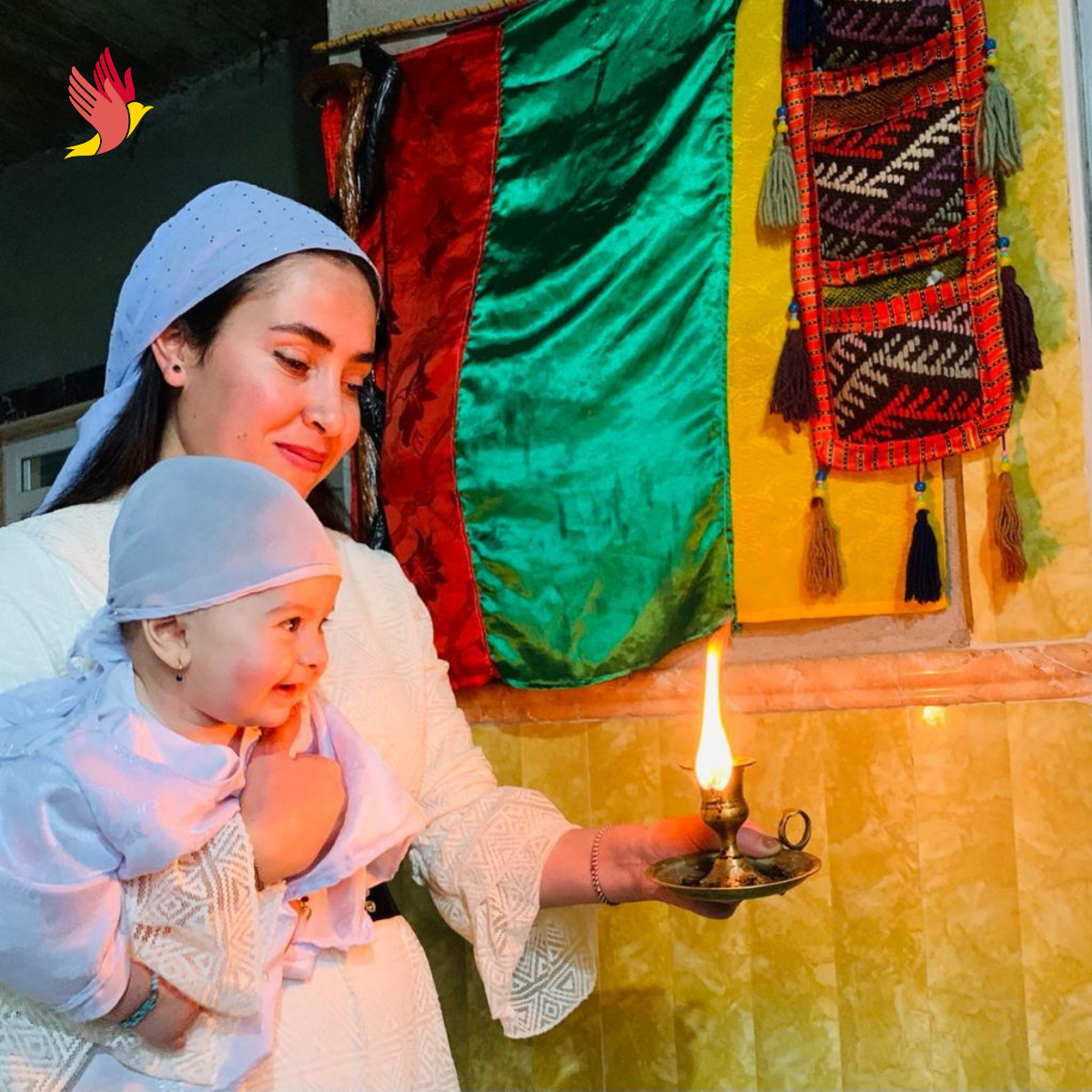 The Yezidi community still faces many challenges - more than six years of displacement, a burgeoning mental health crisis, particularly among younger community members, absence of justice, and the daily struggle to make ends meet. However, we are hopeful that the coming year will bring more opportunities for healing and rebuilding in the Yezidi community.
We wish Yezidis and our supporters happiness, health, and safety in the year to come. Happy New Year, and thank you for your solidarity with Yezidis and the Free Yezidi Foundation.

We hope this finds you and your families safe and healthy. March was a busy month for the Yezidi community and for FYF. Groundbreaking legislation passed the Iraqi parliament, FYF was featured in a number of events and news articles, and high profile visits underlined the continued importance of religious and ethnic minority rights.

Of the highest consequence was the long-awaited passage of the Yezidi Survivors' Bill in Iraqi parliament. This law establishes compensation for Yezidi women and child survivors of ISIS sexual violence and human trafficking after August 3, 2014, also including Turkmen, Christian, and Shabak survivors. The law also stipulates the provision of rehabilitation and reintegration services for affected individuals. FYF warmly welcomed this critical step, but cautions that clear implementation of the law must be prioritized by the relevant parties. In addition, the law must be interpreted as only the first step on the long path towards state efforts to facilitate healing, rehabilitation, and reintegration for the Yezidi community. 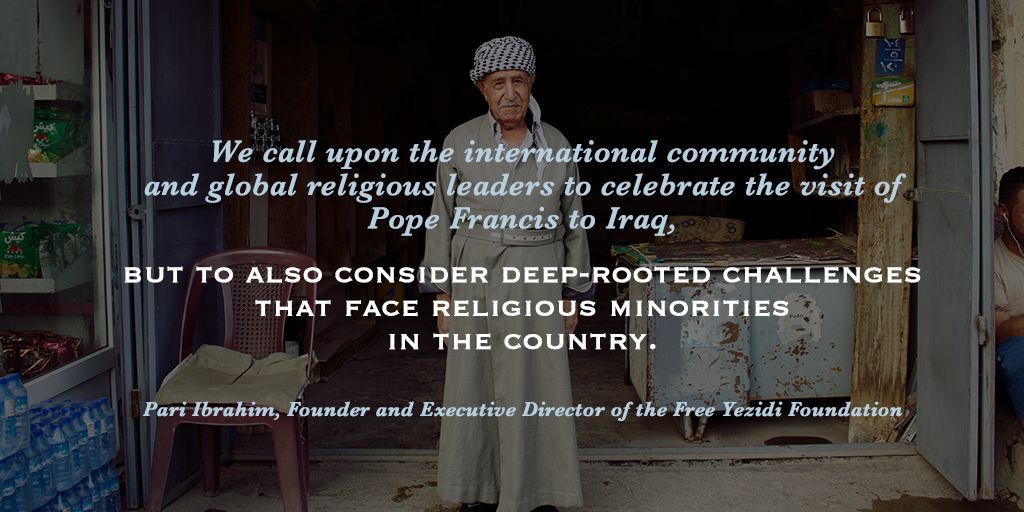 From March 5-8, Pope Francis embarked on the first-ever Papal visit to Iraq. Moved by the challenges faced by Christians, Yezidis, and other religious and ethnic minorities, Pope Francis spoke to the need for an inclusive Iraq that values diversity of religious identity in the cradle of civilization.
On this topic of addressing the fundamental needs of Iraq's many minority groups, FYF's Executive Director published an op-ed with the Religious Freedom Institute highlighting the path forward to coexistence and equal rights. The piece highlights concrete legal, educational, and security-focused steps to establish a vibrant, successful, and inclusive multi-ethnic/religious Iraq. 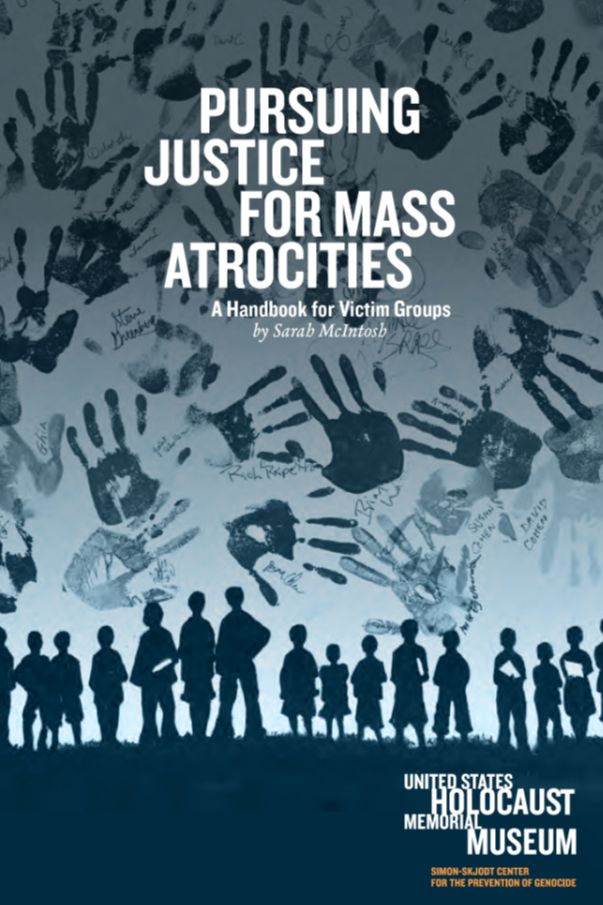 On March 25th, FYF joined the United States Holocaust Memorial Museum and the American Society of International Law to celebrate the launch of the Pursuing Justice for Mass Atrocities handbook. This tool is a practitioner-oriented resource designed to assist survivor groups in advocating for justice and their own rights after mass atrocities, and includes FYF materials.

FYF represented the Yezidi voice on a panel, along with Uyghur, Rohingya, and South Sudanese activists, to mark the launch and discuss ways in which survivor communities can ethically pursue justice in the aftermath of atrocities.

On March 8th, FYF celebrated one of our favorite days of the year - International Women's Day! As a woman-led, feminist organization, FYF is proud to advance the fight for gender equality and equity in each of our programs. With over 70% of FYF staff comprised of females - including a majority from the displaced Yezidi community - FYF is committed to lifting up the voices of women as powerful agents of change. 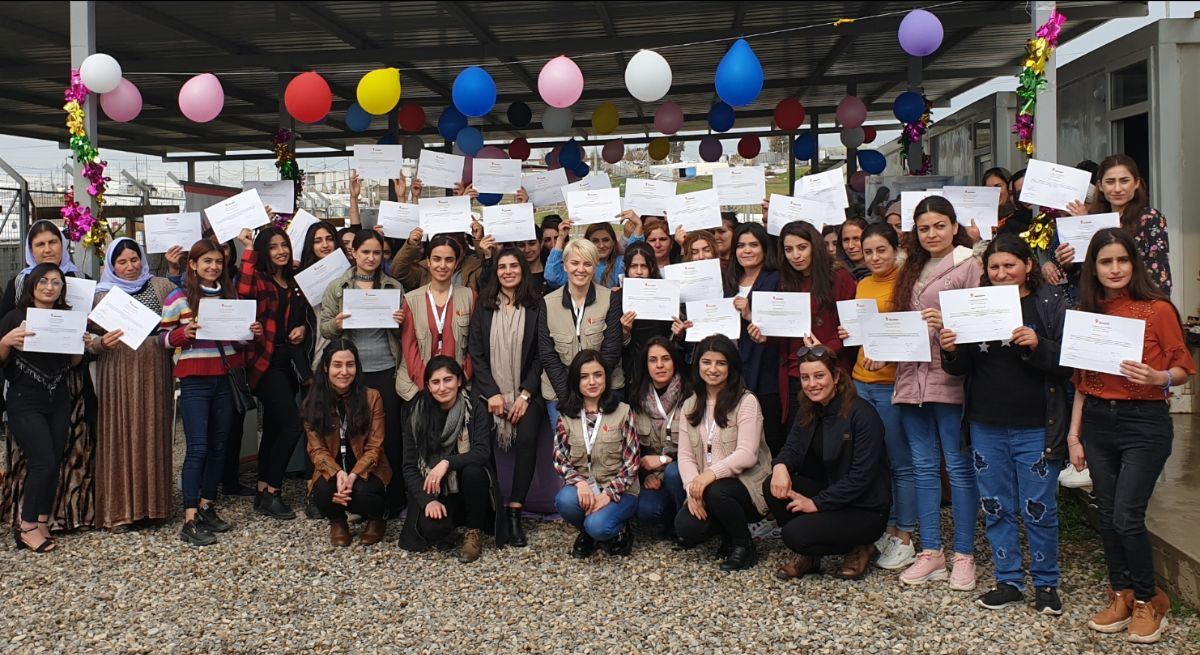 Thank you, as always, for your steadfast support of the Yezidi community.

We hope this newsletter finds you and your families safe and healthy. February was both a somber and a hopeful month, marked by commemorations, groundbreakings, and community losses. We are reminded at this time of the power of community as we work together to build a better future for the Yezidi people. 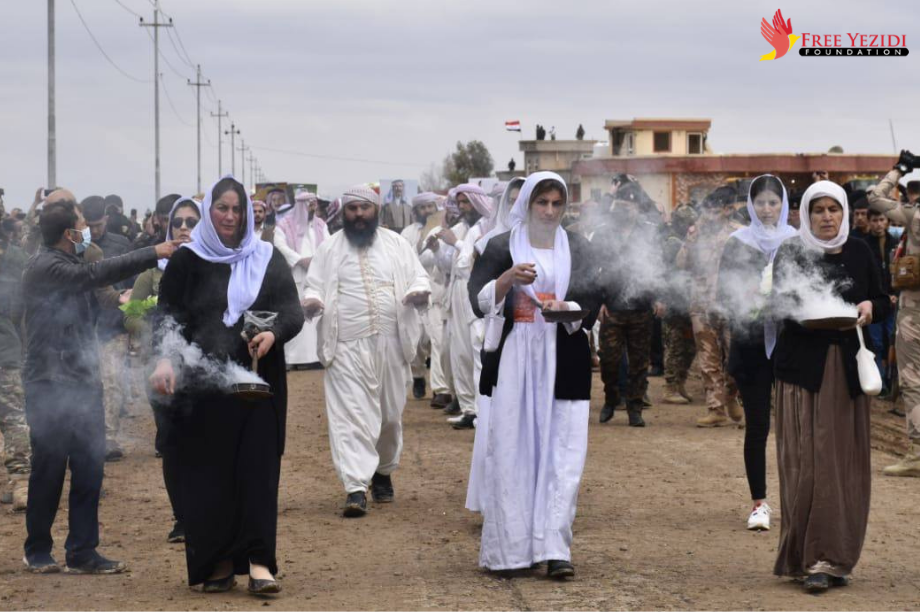 On February 4th, a ceremony was held to lay to rest 104 Yezidis murdered in Kocho on August 15-16, 2014 by ISIS terrorists. Following ceremonies in Baghdad, dignitaries and families joined together in Kocho to honor the valued community members lost on those fateful days. FYF mental health paraprofessionals - some of whom are survivors themselves - were present at the burial to provide onsite services to those in need.

FYF issued a statement upon the burial, noting that “FYF has worked with a large number of survivors from Kocho, some of whom have bravely provided their accounts about the systematic nature of the ISIS attacks, executions, subsequent enslavement, and other atrocities they have suffered. FYF and others are working to ensure that those who perpetrated these crimes are held accountable, wherever they are located.”

You can find the full statement here. 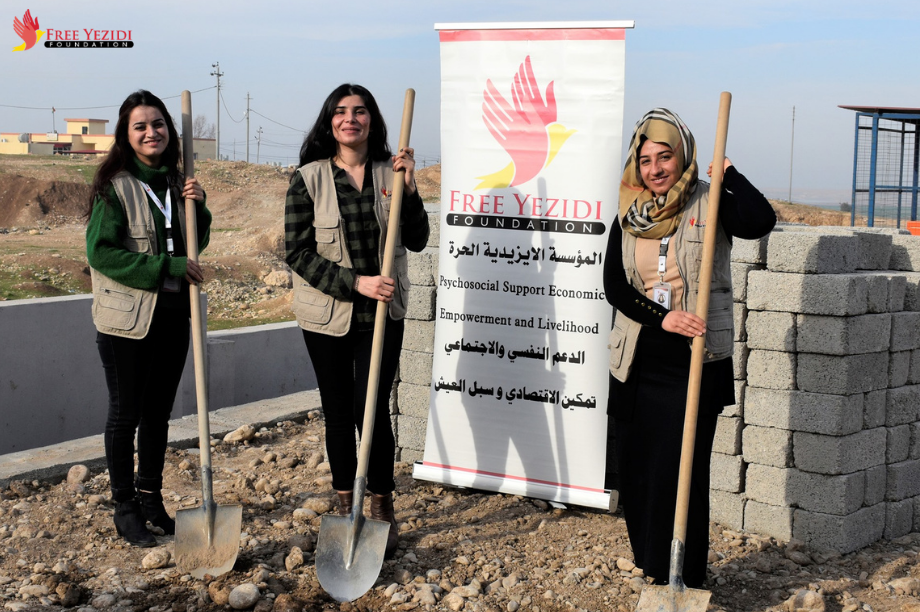 FYF turned a new page this month, breaking ground on the Bakery Training Center. Instructors at the center will train Yezidi women in basic business skills (including mathematics) and baking techniques. In turn, this will give trainees better skills to build their own small businesses or secure employment, whether in the IDP setting or upon return to Sinjar. With a recent study in the International Journal of Mental Health Systems indicating that employment plays a significant role in suicide ideation among Yezidi survivors, livelihoods projects like this one are a critical piece of the puzzle for both financial stability and psychological well-being.

The mental health and suicide crisis is also ongoing, with another young life lost to suicide this month in the Khanke IDP camp. While our Harikara teams were deployed in an effort to prevent the loss of life, the individual at risk was unfortunately no longer at his residence by the time our team arrived. Our heartfelt condolences go out to the families and friends who lost loved ones. Meanwhile, our team will continue to provide support in the community to the greatest extent possible. 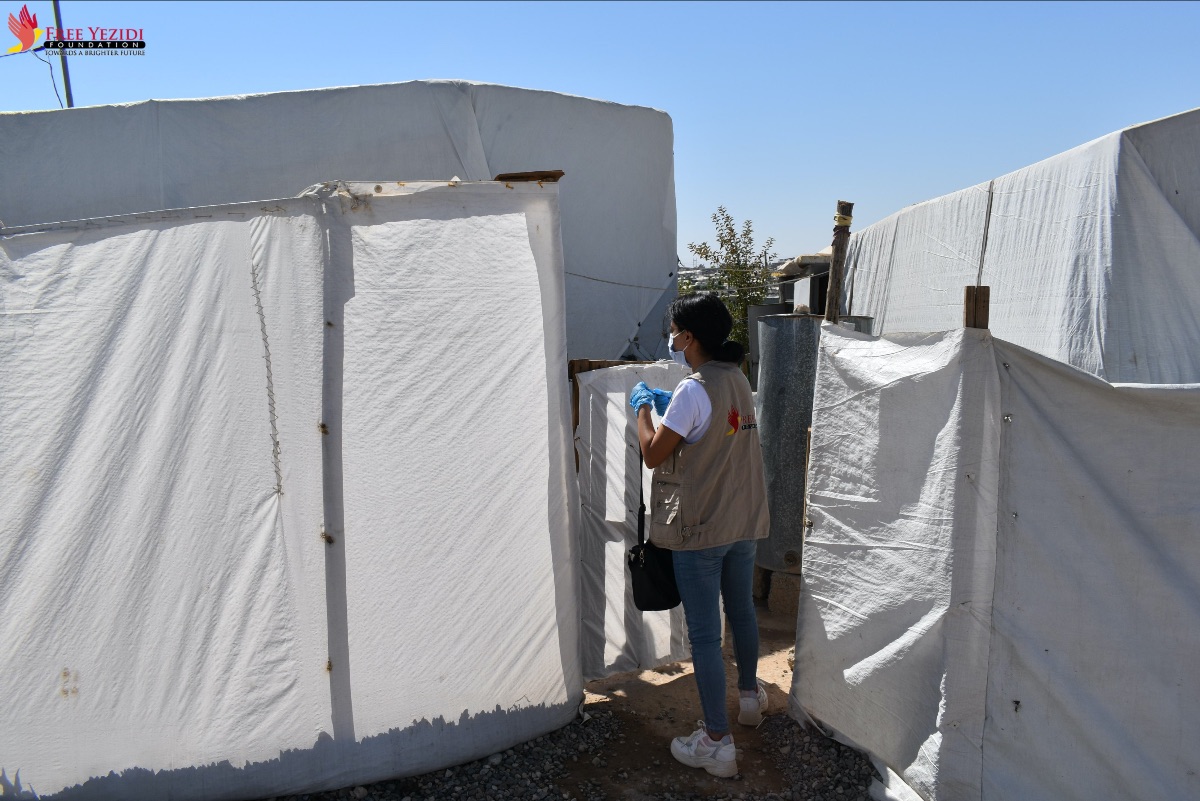 In the News
The Jerusalem Post | Yazidis denounce Syrian ruling requiring them to follow Islamic law  | A recent ruling in Syria strips the indigenous Yezidi population of fundamental religious freedoms. FYF is quoted regarding the dangers of subjecting Yezidis to Muslim religious courts.
Kurdistan-24 | Hopelessness, continued displacement lead to spike in suicides among Yezidis: KRG  | FYF mental health and psychosocial support paraprofessionals are quoted in this article highlighting  increased suicide numbers among the displaced Yezidi population.