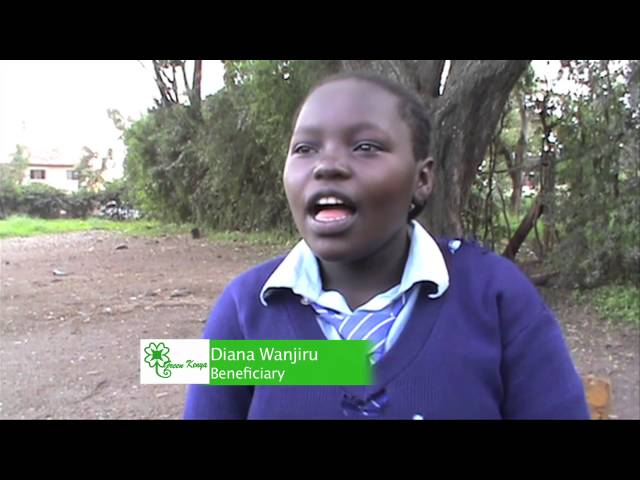 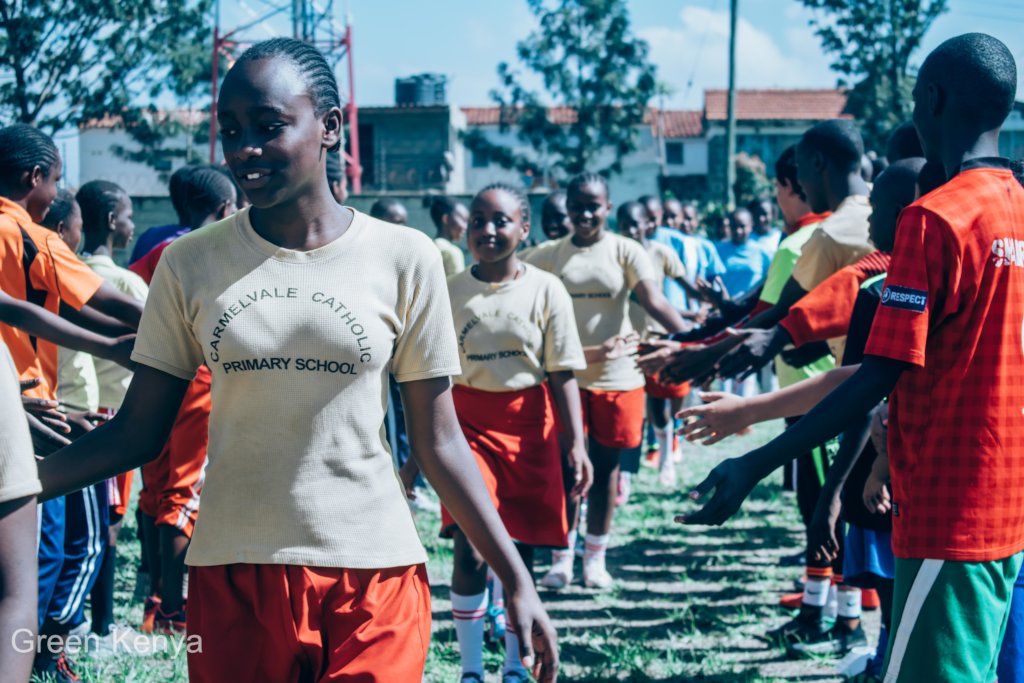 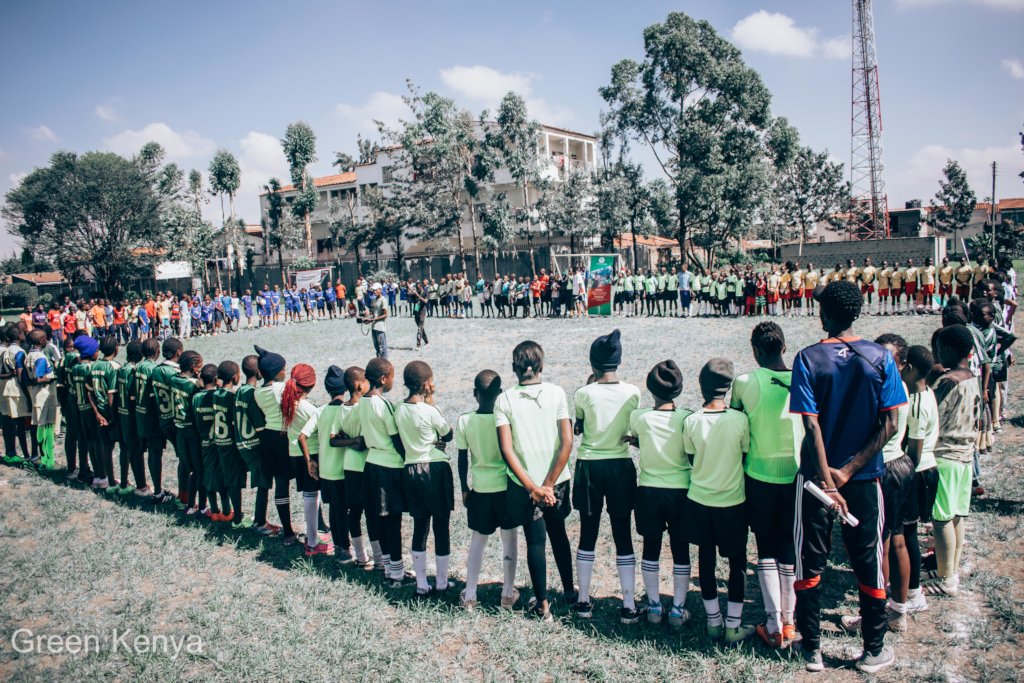 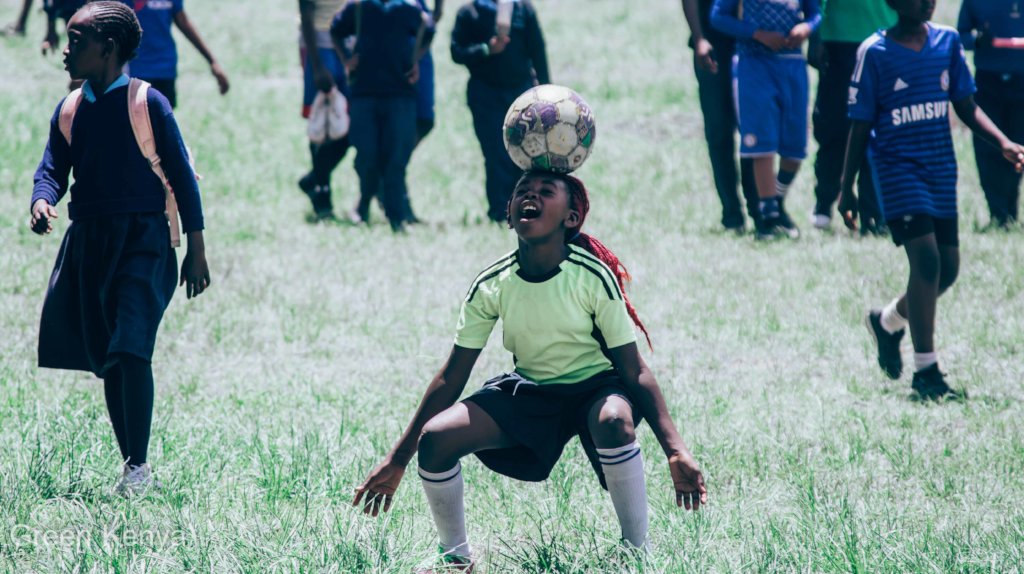 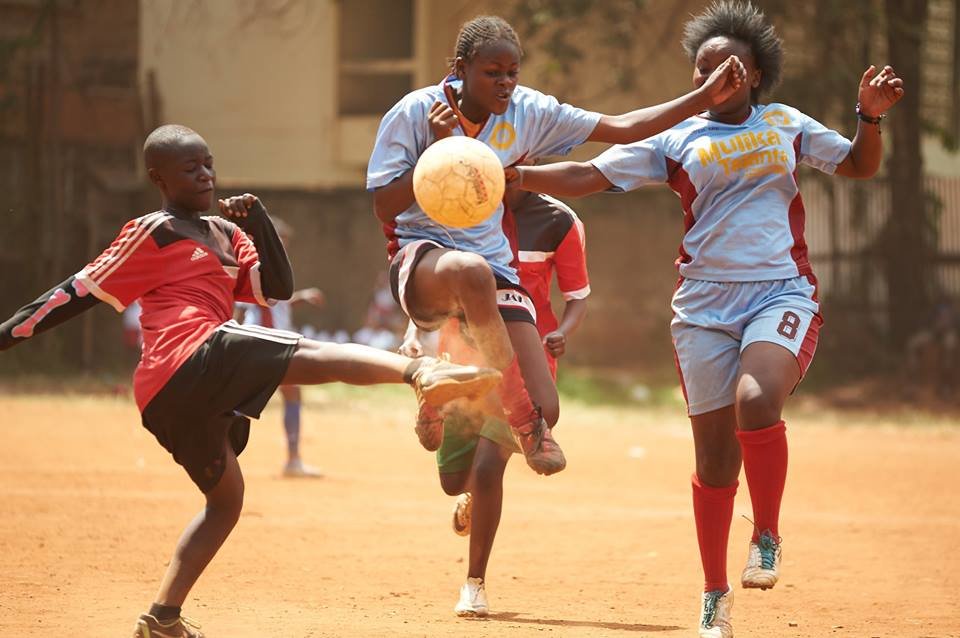 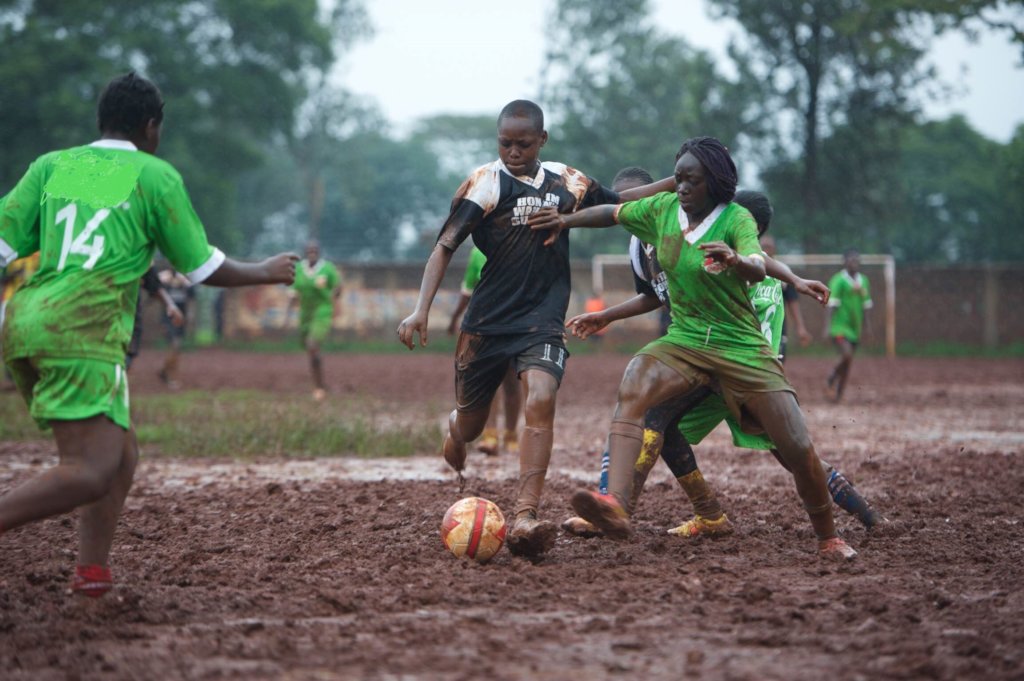 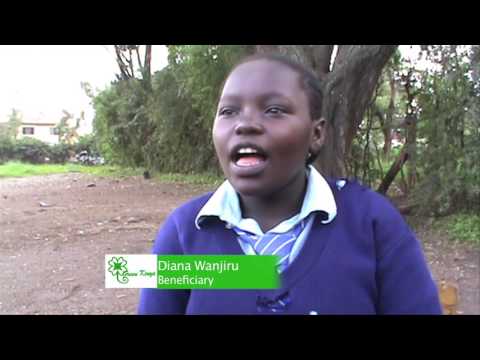 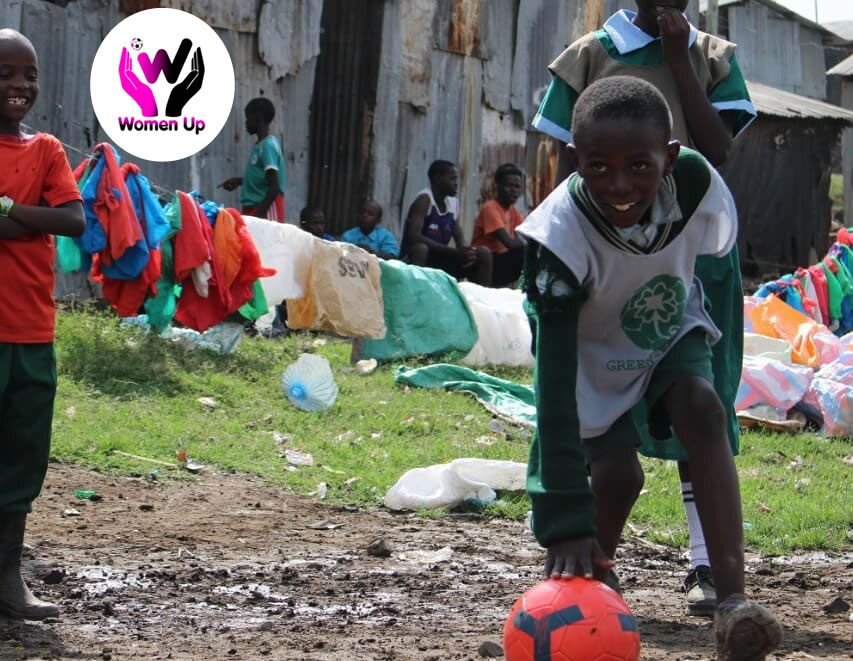 This story is about a young girl who lives in one of the informal settlement where we conduct Community Impact program. For the sake of protecting her identity, I will call her Esther.

When our community coaches met with Esther, she was in class 5, about 11 years old, when I first entered their worn out iron sheet class room to introduce our programs to the Children, she was just quiet the whole time. After introducing the program, all the Children were excited except Esther, that caught my attention and that was the beginning of my curiosity about her and why she was quiet and withdrawn.

When the day to finally kick start the sessions, I was looking forward to see Esther, and to my surprised, she came to the field with the rest of the participants, we begun the session on a high note but Esther was still having stone face, I later realized that she was very aggressive and bitter with everyone, but more so with the boys, all the boys feared her, including the ones who were older than her.

After the sessions, I met with Esther’s teacher and I began to have a candid conversation about the girls and the teacher called to the side and dropped the bombshell to me. “You are correct David, said the teacher, the girl is very aggressive, and sometimes she is uncontrollable”. “Esther was a victim of rape for a long time, I got a bit more curious, and asked questions, the teacher said that the perpetrator was his father, who used to come home late at night drunk and he would rape the girl without the knowledge of the mother, apparently the mother was also abusing drugs and she did not care much how the Children were doing in schools or at home. Esther’s elder brother, who was in class 6, was also in the same mess, his father used to give him a bit of alcohol at night, and when he wakes up he was still drunk, this made him not to attend classes.

To be honest, I was angry with the whole story, and I decided to do what I can and help the two Children, I sat down with our Community Coaches and shared the story with them, we agreed to prepare football sessions to address the social issues that the duo were facing, we followed up with small steps by ensuring that they came to school in a daily basis, that way we would have a chance to involve them in the sessions.

Because they were in different classes, they attended sessions on different days, I ensured that Esther was in charge of attendance, ensuring that everyone was in the field on time, the games had more fun sessions, self-esteem sessions and after 3 months, we begun to see new Esther emerging out of her shell, being jovial, her grade improved, the smile came back, this moment made me emotional, even the teacher recognized it.

I was with Esther in March 2019, after just 4 sessions in the beginning of the year before Covid-19 was announced as global pandemic and my heart sunk, I thought that the perpetrator would take advantage of the situation and flush all the gains we made to the drain, to fast forward to 2022, I saw Esther again after 2 years and she was glowing, she was clean and talkative. Something interesting happened, during Covid-19, there were no places that their parents would get cheap alcohol or other drugs, there was a country wide curfew that started from 7:am to 5:am, everybody was looking forward to work and protect their health.

Even though the scares of Esther are not fully healed, we believe that she will fully recover and she will get justice one day. One of the step we took was to have a psychologist in our organization to help Children who are going through these kind of situations on a daily basis, though we might not keep the psychologist for long because they are going to with us for 3 months, we believe that this is the first step to bring healing to these young souls. Our end goal is to have at least one counselor as a full time staff. 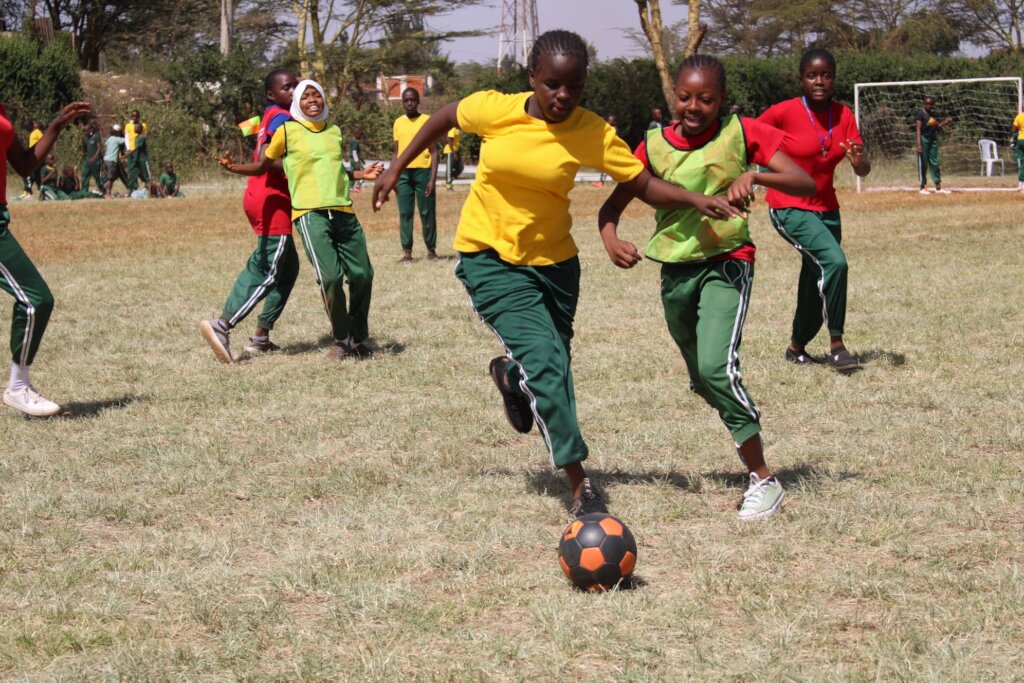 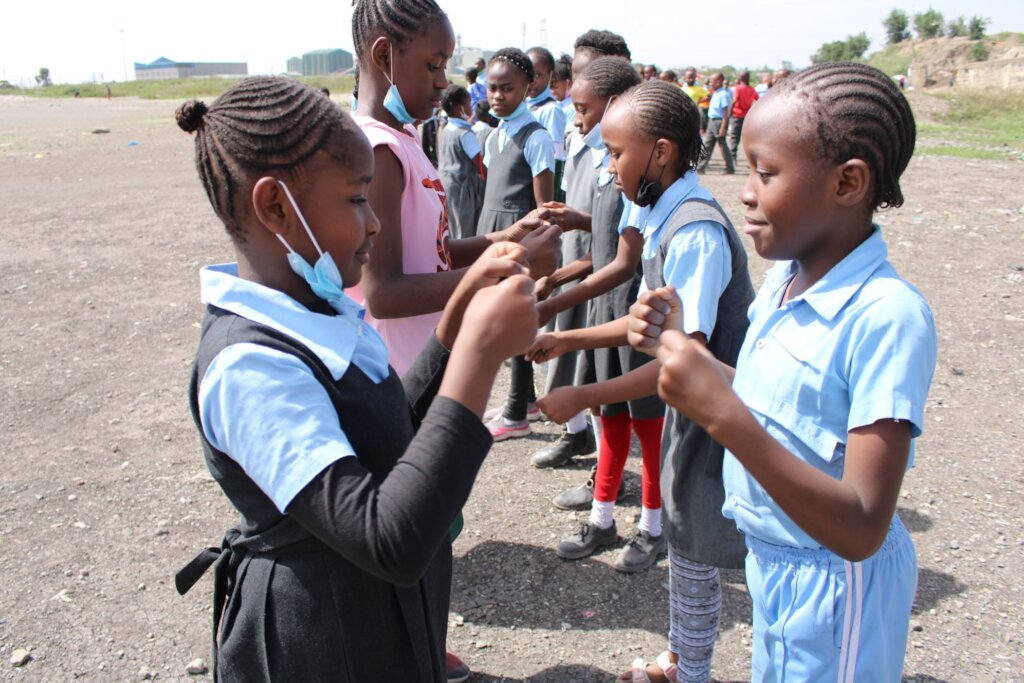 Donating through GlobalGiving is safe, secure, and easy with many payment options to choose from. View other ways to donate
Green-Kenya has earned this recognition on GlobalGiving:

GlobalGiving
Guarantee
Donate https://www.globalgiving.org/dy/cart/view/gg.html?cmd=addItem&projid=38328&rf=microdata&frequency=ONCE&amount=25
Please Note
WARNING: Javascript is currently disabled or is not available in your browser. GlobalGiving makes extensive use of Javascript and will not function properly with Javascript disabled. Please enable Javascript and refresh this page.