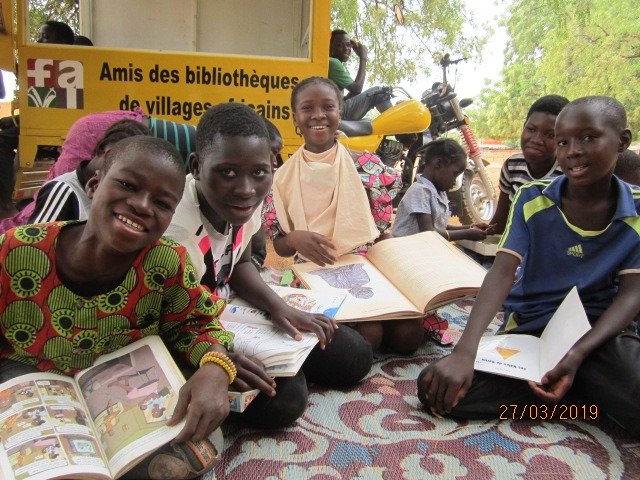 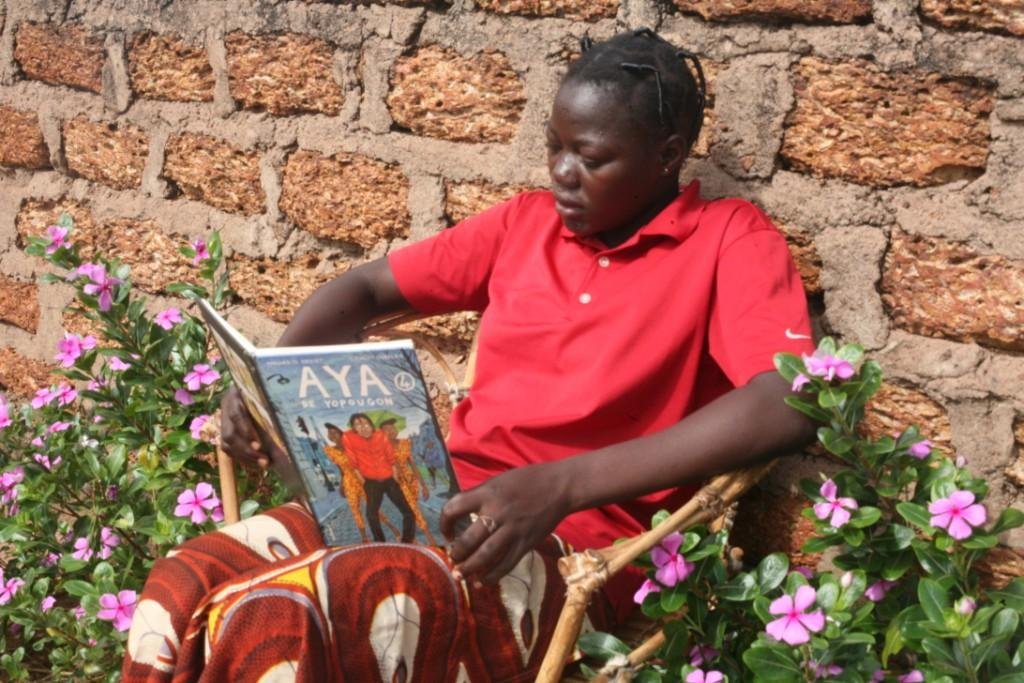 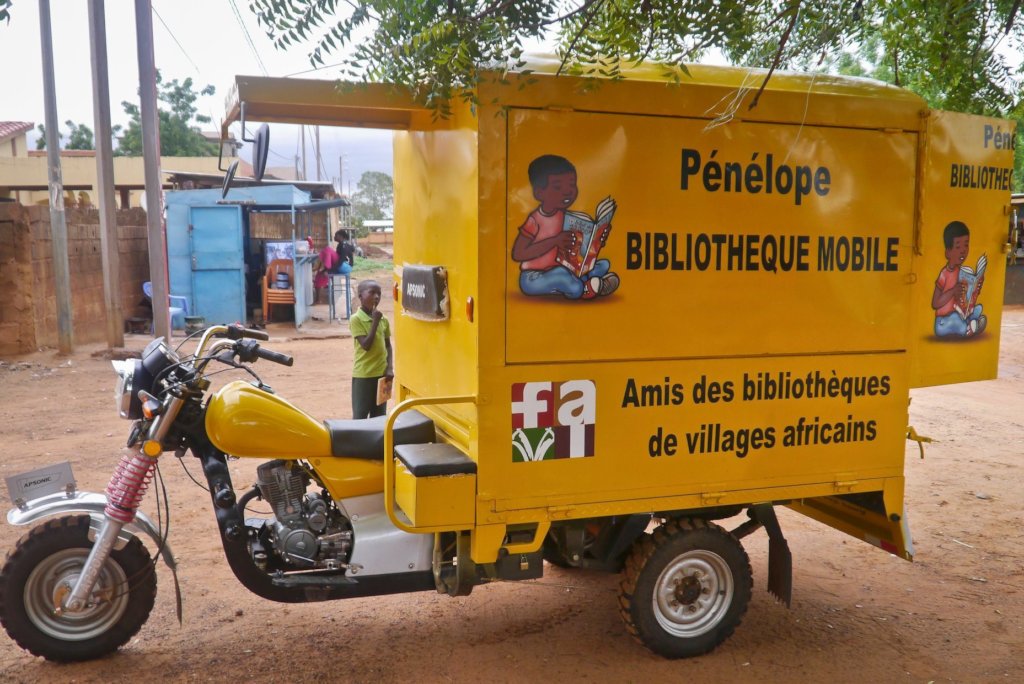 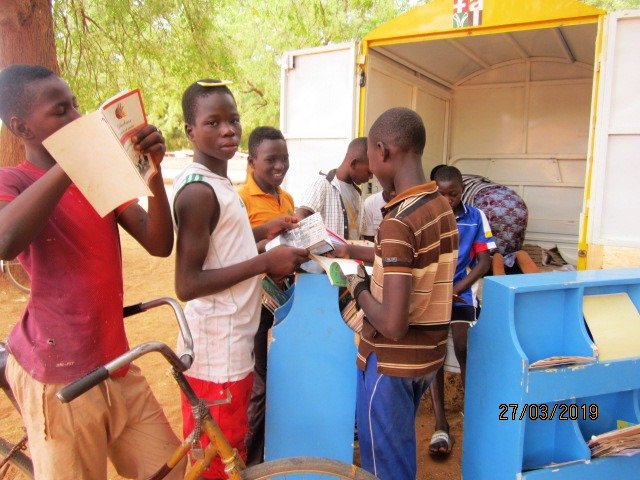 Mobile library project has launched and is working 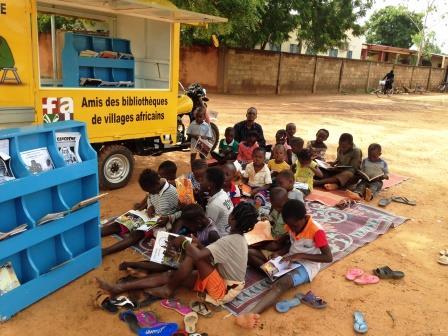 The mobile library project is launched and working. The project target of $6500 was almost reached thanks to a generous donor at the end of 2017 and many other donors who have contributed over the years!  In January 2018 books were purchased for the tricycle, with a large selection of children's books, mostly fiction but we are also looking hard for children's non-fiction. In February 2018 the team solicited quotes for purchasing a tricycle motorbike, and a vendor was selected in March 2018 and the motorbike purchased. A local metalworker then built the "kiosk" that goes on the back of the bike. A carepenter built some shelves, and large woven mats were purchased (for kids to sit on while reading). A local graphic artist then painted the kiosk and bike in a vibrant yellow, with some pictures of children reading on it.

The motorbike went out to Kaya town (one hour north of Ouagadougou), in April 2018, and did some test runs. The librarian of Pissila expressed interest in being the mobile librarian. he took a driver's education course, and in May received his official drivers license to drive the motorbike. The final papers for the motorbike purchase also were received and it passed its inspection procedures (yes, a lot of bureaucracy, but that is good, in the end!).

In June and July during summer vacation the motobike has begun to visit various locations in Kaya. At the beginning of the school year in October the motorbike will have a regular run of schools that will be visited once a week.  Thanks to all the donors for making this experiment a reality! 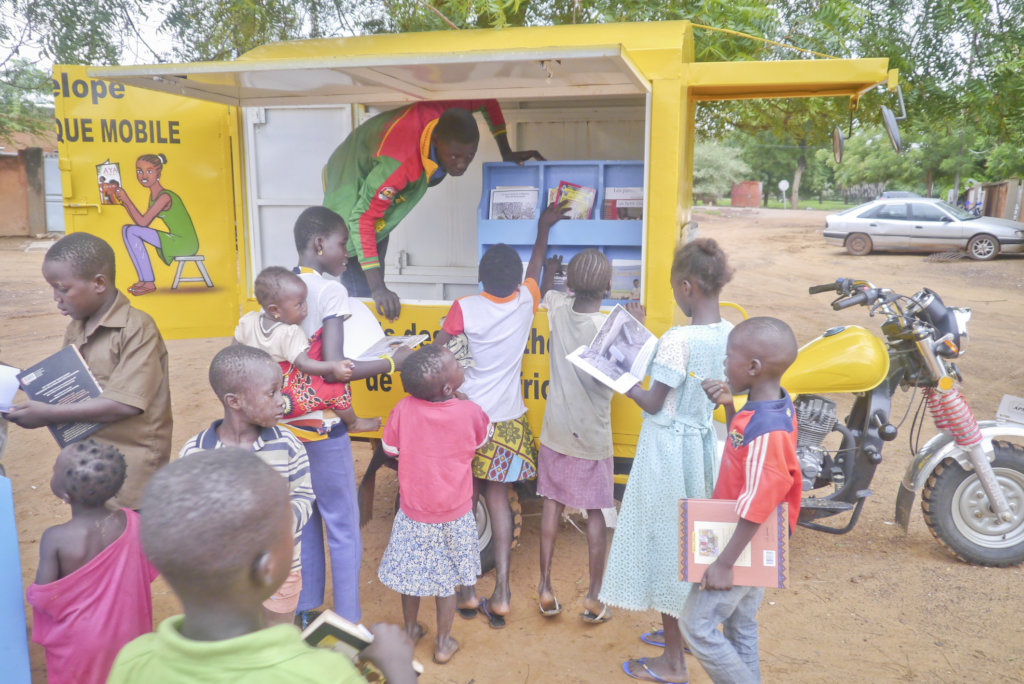 Schoolchildren gather around the mobile library 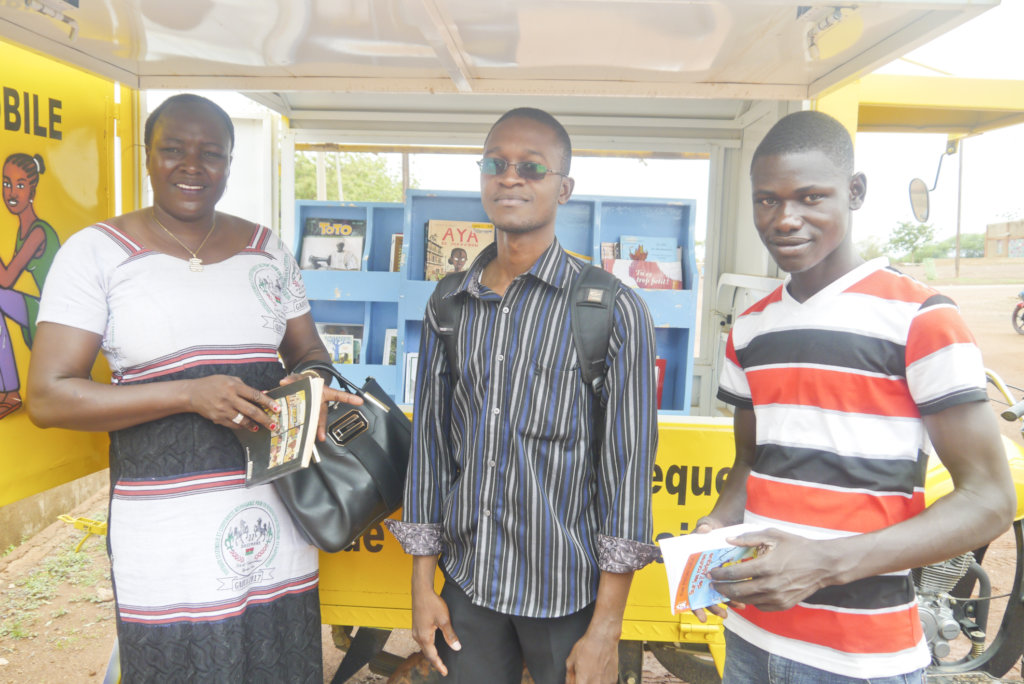 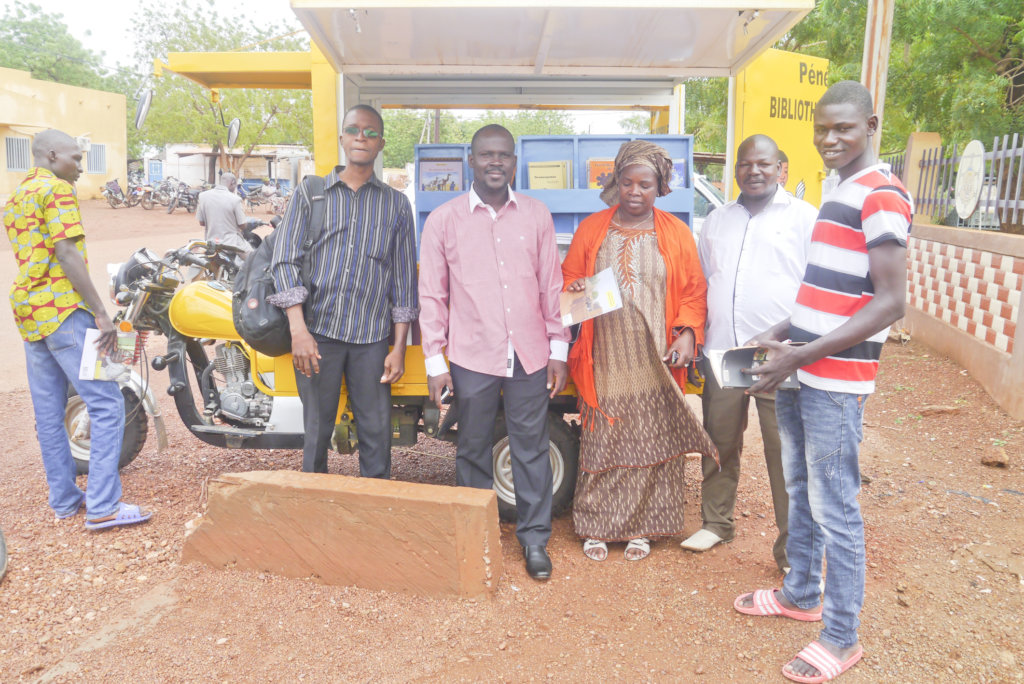 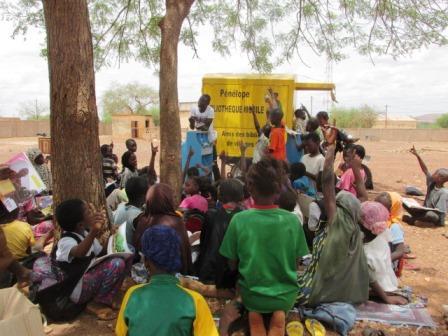 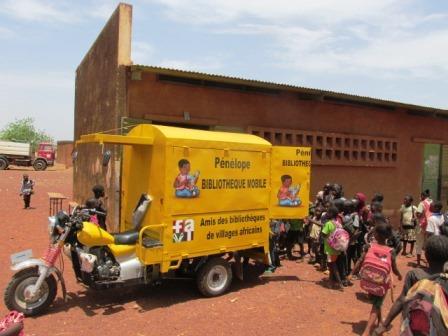 GlobalGiving
Guarantee
Donate https://www.globalgiving.org/dy/cart/view/gg.html?cmd=addItem&projid=15208&rf=microdata&frequency=ONCE&amount=25
Please Note
WARNING: Javascript is currently disabled or is not available in your browser. GlobalGiving makes extensive use of Javascript and will not function properly with Javascript disabled. Please enable Javascript and refresh this page.