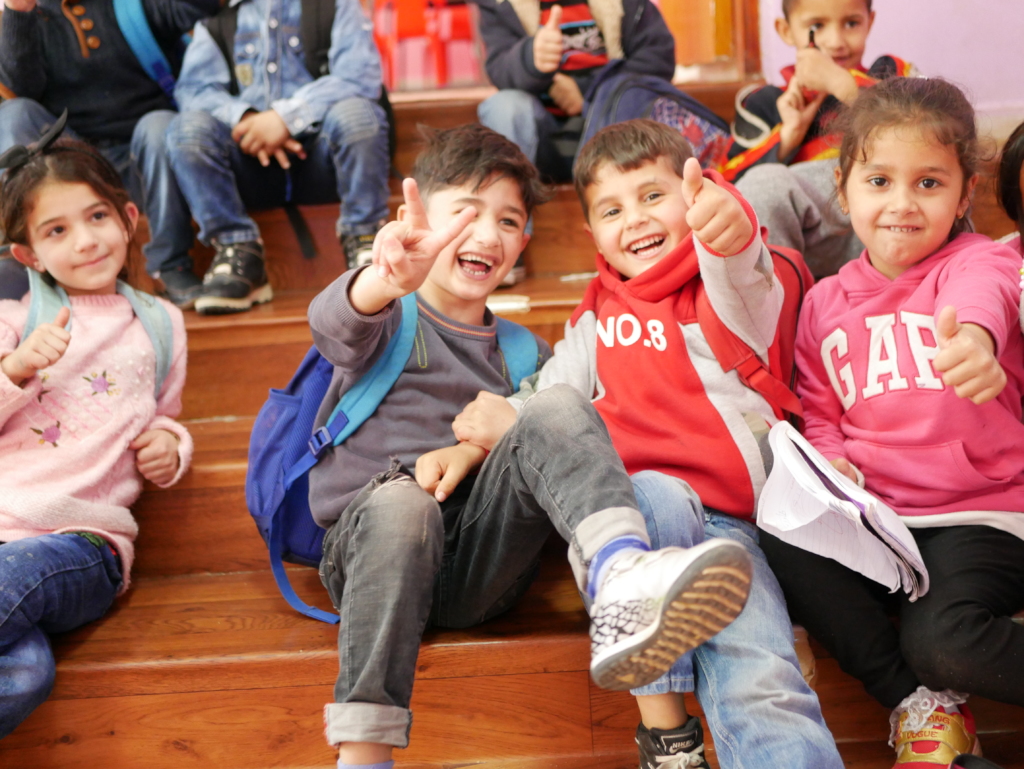 The heartening spirit of the kindergarten

Al Aqaba's Kindergarten has always held a special place in our heart. Just last month, I stayed there for several days to respond to one existential crisis, and then remarkably, another.  One was resolved with remarkable ease — the other is due to a bureaucratic mistake at the highest level -- and we ask your help to overcome it in the simplest of ways: kindergarten scholarships.

First existential crisis - RESOLVED:
Just after I visited Al Aqaba in February, an Israeli settler family moved into the oldest building within the fencing of the Tayasir Israeli military checkpoint nearby. The settler and his wife and children, along with their 10 cows, guns, and drone (used to surveil shepherds and scare the sheep), moved in on Wednesday, February 21, and for whatever reason, the Israeli Army did nothing to stop them.

On Sunday, the 25th, 150 Palestinians and two Israelis walked to the checkpoint as Israeli soldiers fired tear gas at them.  Mayor Haj Sami rolled forward in his wheelchair, asking to speak with the commanding officer:

“I am in a wheelchair for over 45 years but they shot the gas very near to me. I was coughing, eyes and nose hurting, but I kept going. There were many soldiers and about 10 jeeps. I told a soldier in Arabic, I want speak to the officer in charge – he told me no – but the officer saw me and said, “Let him come forward, this is the Mayor.” I went close to the officer, just one meter away, through their line and facing the crowd.

“I told him not to shoot and I spoke in Hebrew. I told them that we were not dangerous. We came to see the settler and ask what time he will be leaving.

“Do you have Tabo for the land?” said a guy from the Israeli Civil Administration. I answered the, ‘The Settler, he has Tabo? They put the settler in the soldier’s camp – it is forbidden.”

“The officer said we could not talk to the settler so I told them we would pray. First he said no and gave me 15 min to tell people to go or they will take them all to prison and shoot more gas. I told him, please don’t shoot. We just want to pray and we will go if you will go.   He asked me how long, and I said 5 minutes for the prayer.

They stopped shooting, we prayed — even so four people were treated in Al Aqaba clinic.

When I told the soldiers that the settlers must leave, the commanding officer said that the settlers would leave soon, “Tomorrow, day after tomorrow or one month. The settler will go, just tell the people to go home. I told him one month is too long — we will be back next week.”

It is important to note that despite having been relegated to a wheelchair since 1971, the victim of an Israeli soldier’s bullet fired during a training exercise, Mayor Haj Sami deeply believes that no one — neither Palestinian, nor Israeli -- should experience what happened to him. He welcomes all who come in peace to Al Aqaba Village

On Thursday, March 1st, the settler family moved out!

Now, the other existential crisis — and with your help, a way forward:

For whatever reason, the Palestinian Ministry of Local Governments built a brand new, kindergarten walking-distance away from Al Aqaba's kindergarten, the one we helped them build. Al Aqaba’s own kindergarten is the heart of the village, attracting children from all the neighboring towns.  Unemployment is high and agriculture is seasonal... the nearby public kindergarten began to attract Al Aqaba's enrollment -- to the detriment of both schools.

The Ministry of Education offered to take over Al Aqaba's kindergarten - but they would hire their own replacement staff, and fire Al Aqaba's experienced teachers who gave heart and soul to build this remarkable place.  That just won't due.

Instead we ask your help to make Al Aqaba's kindergarten free and keep it independent!  Let's serve a nutritious breakfast too, to employ the mothers' baking brigade!

Help make this happen by giving $50 each month to provide a scholarship to send a child to Al Aqaba's kindergarten, including breakfast!  Here's a great way to help:  Next week, from Monday to Friday, GlobalGIving is launching their Little by Little Campaign.

Meanwhile, we're reaching out to the teachers colleges at American University in Jenin and Al Najah University in Nablus to accredit a student teacher training program in Al Aqaba.   We look forward to inviting visiting teachers from near and far to come for a 3 month practicum.  Their stay in Al Aqaba's guesthouse, as a 'protective presence', will also help keep the village safe too.

Thank you again for all that you are doing. 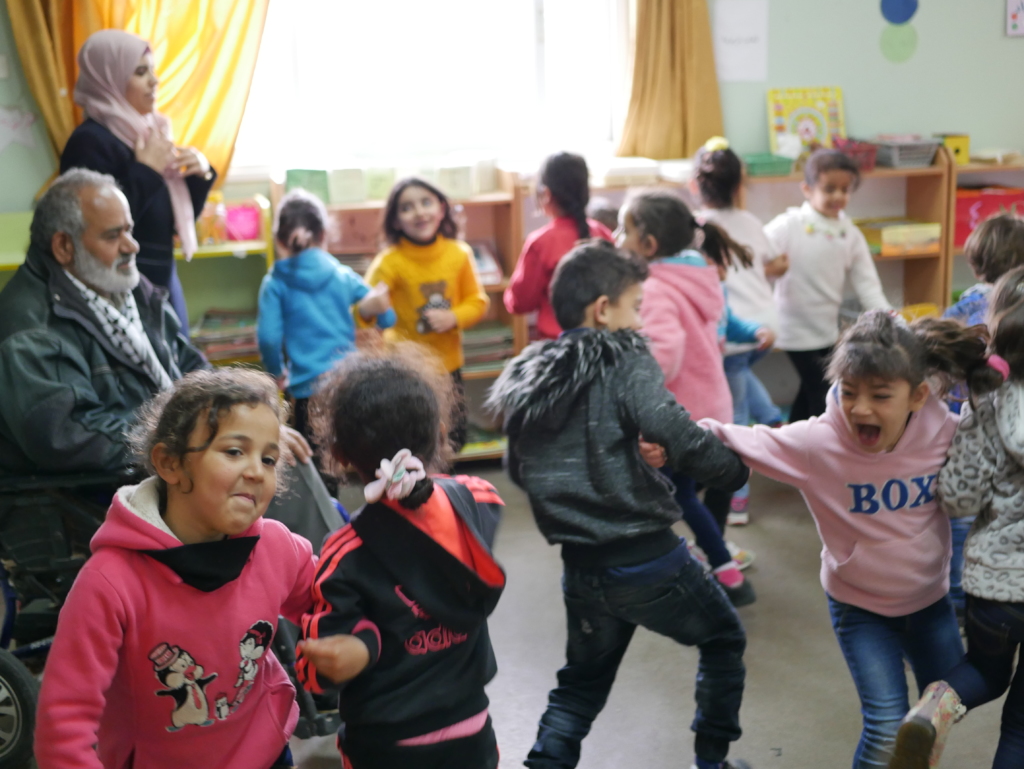 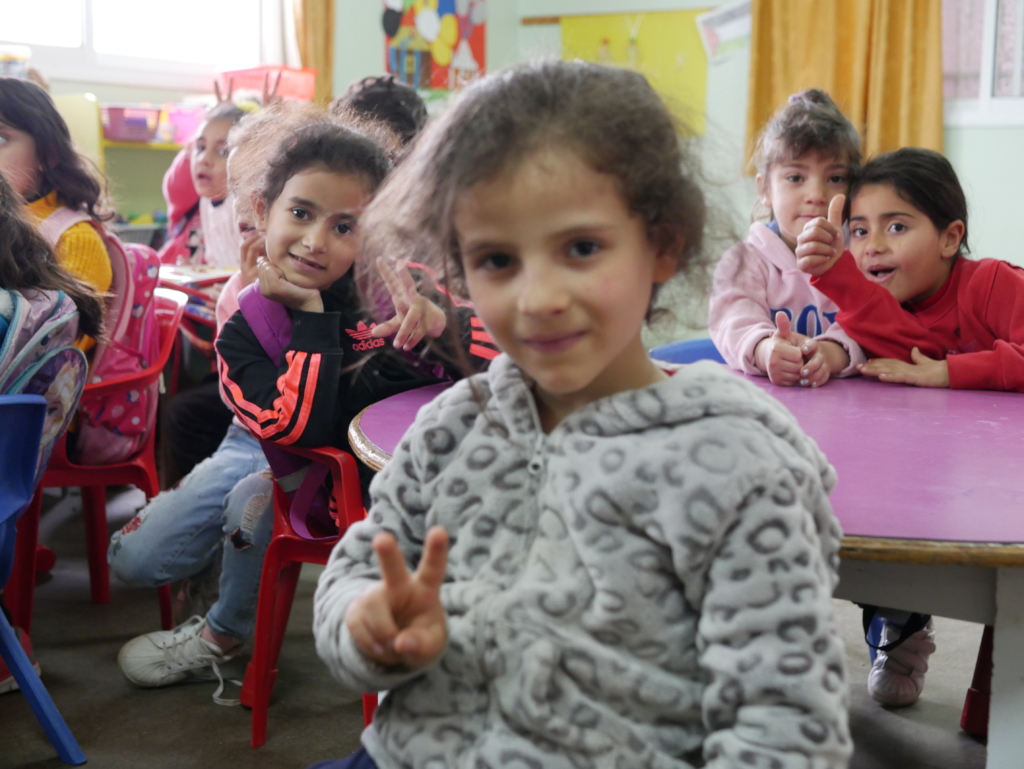 The beauty of friendship and joy for learning 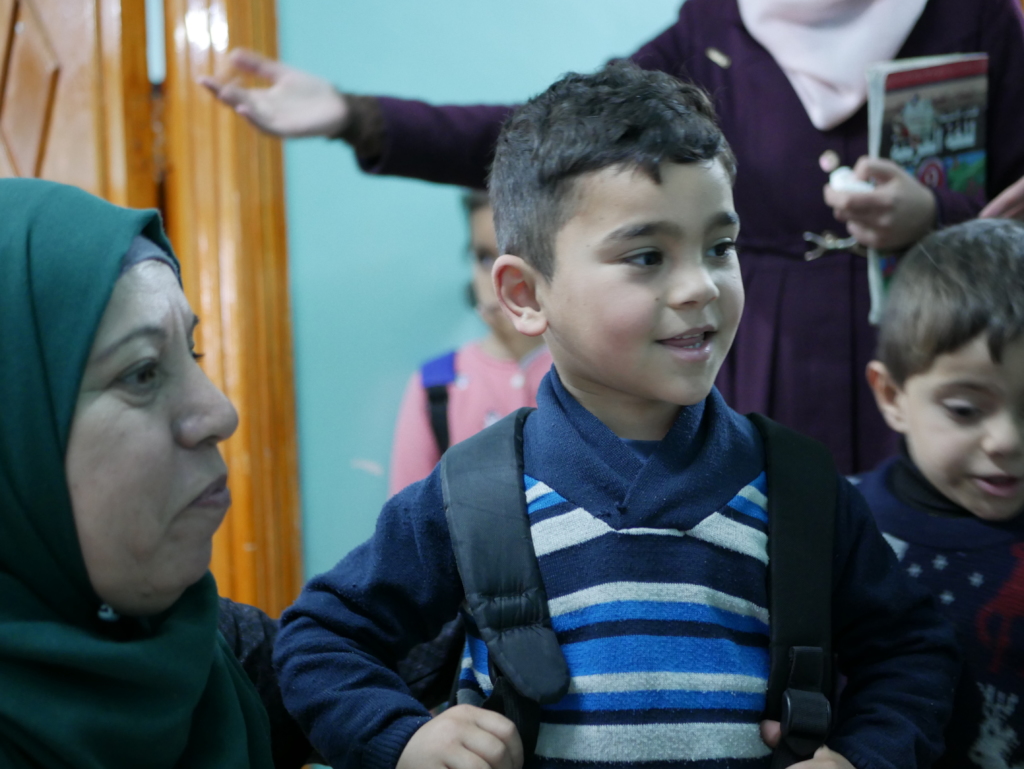 Due to the kindergarten Maysara knows some English 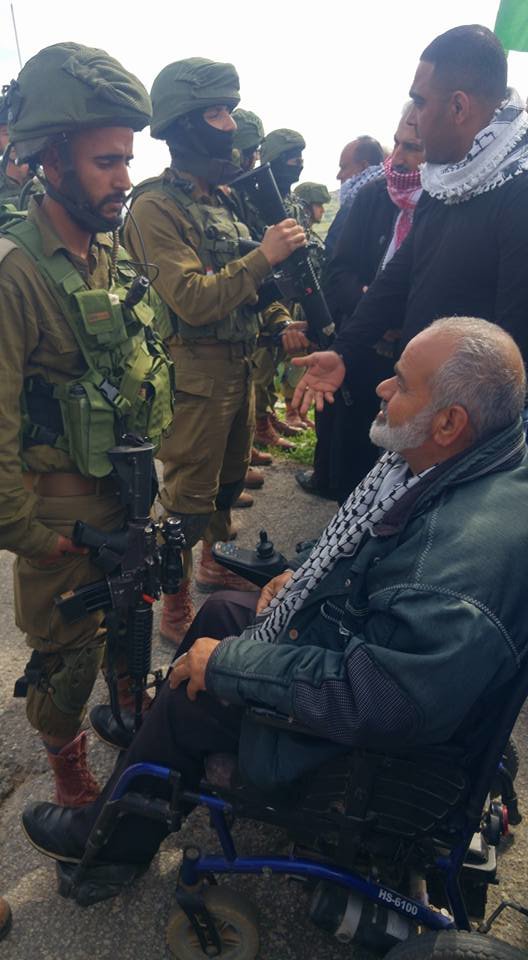 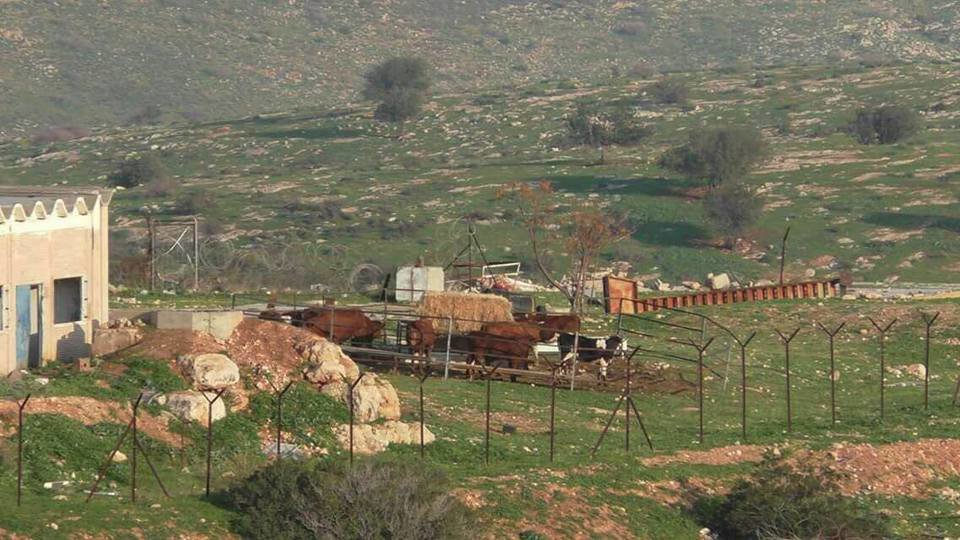 Setters moved-in with their cows - now all gone!