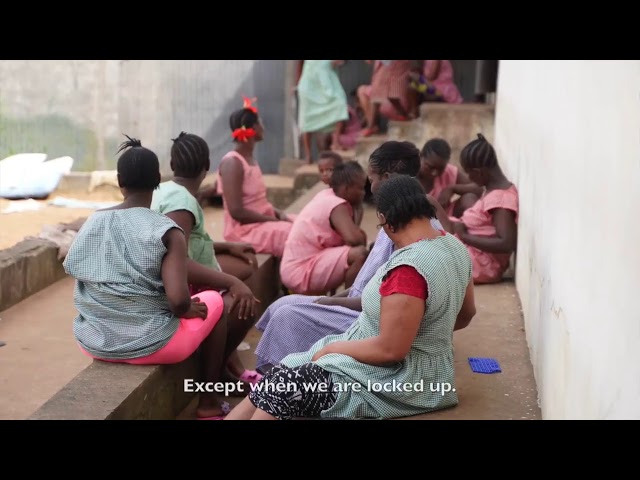 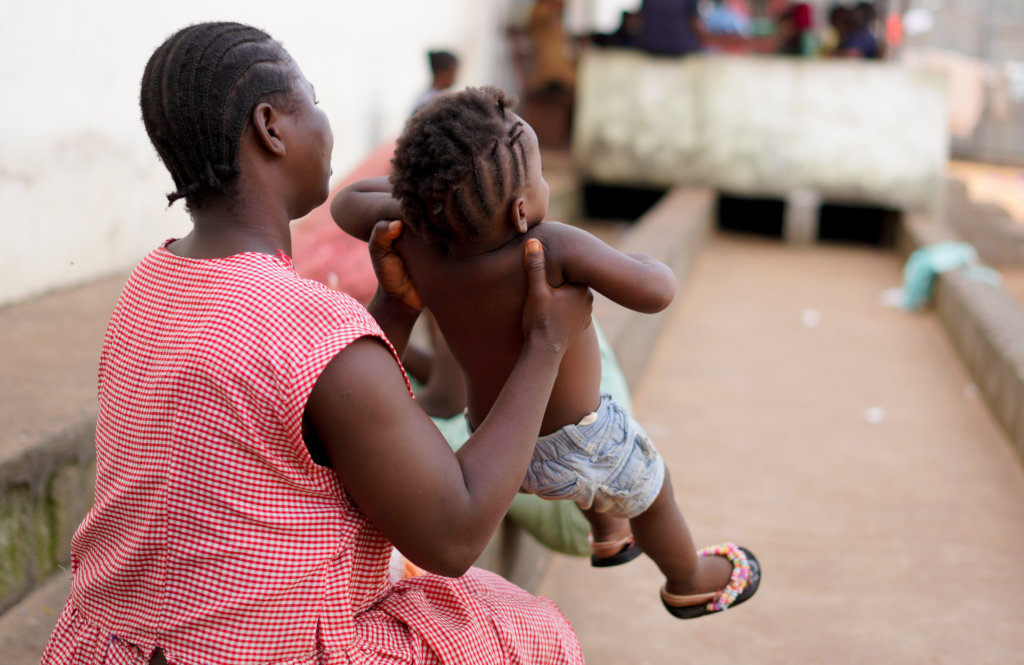 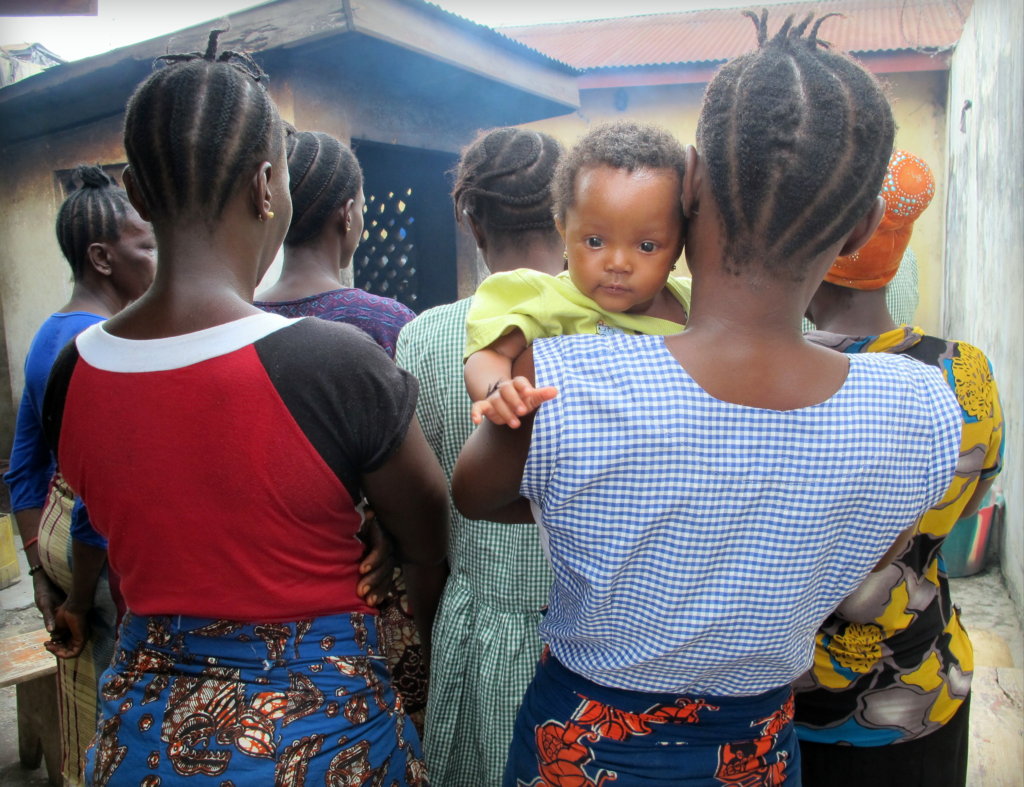 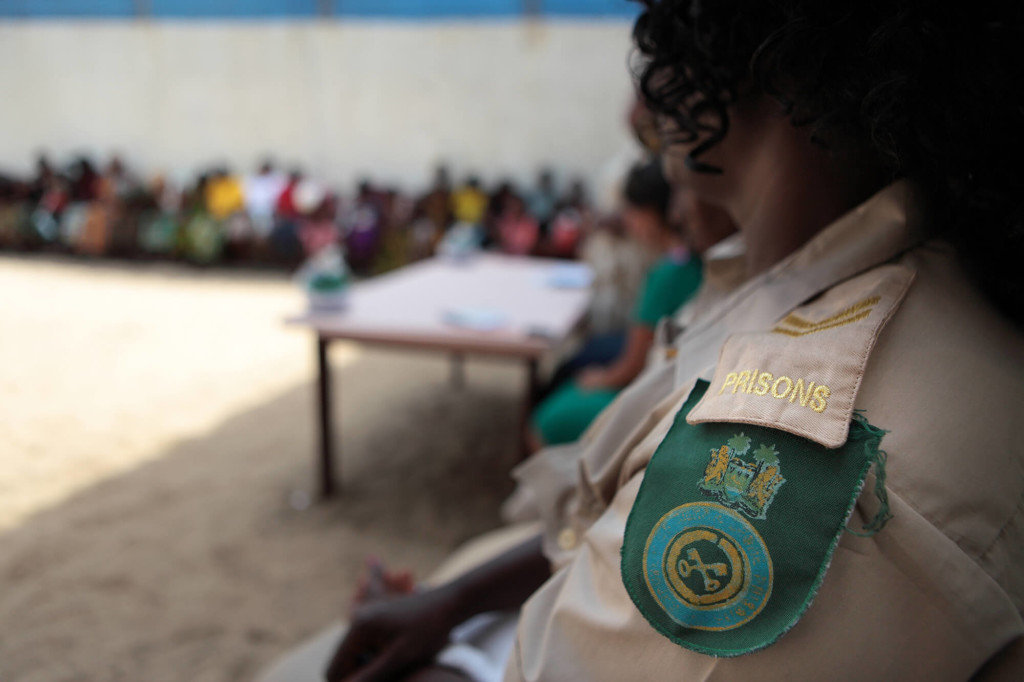 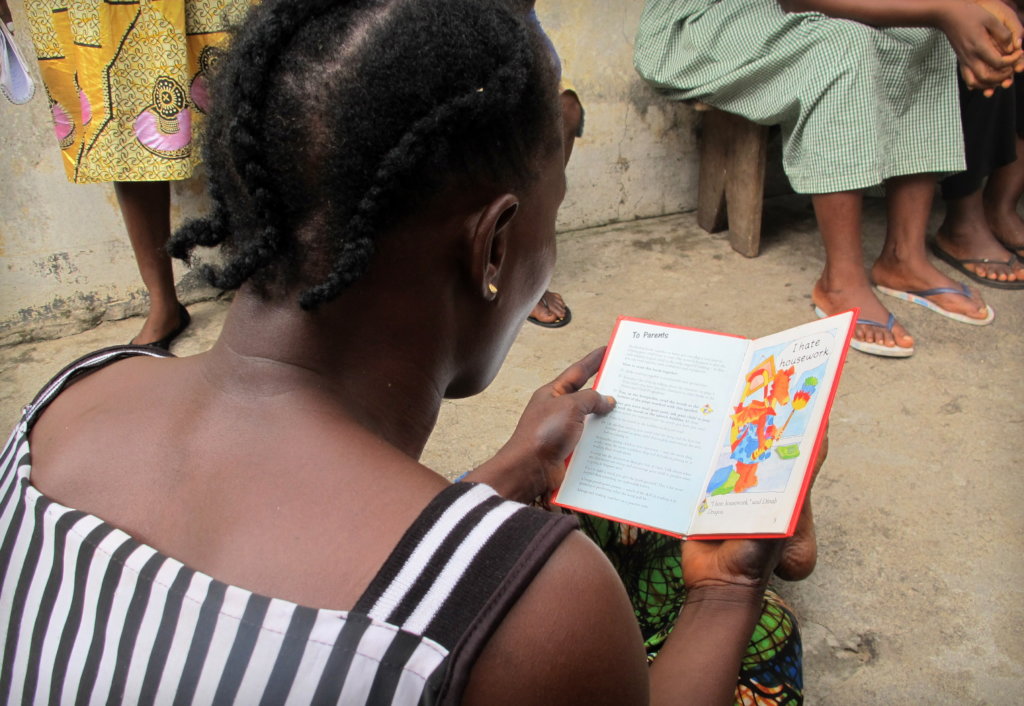 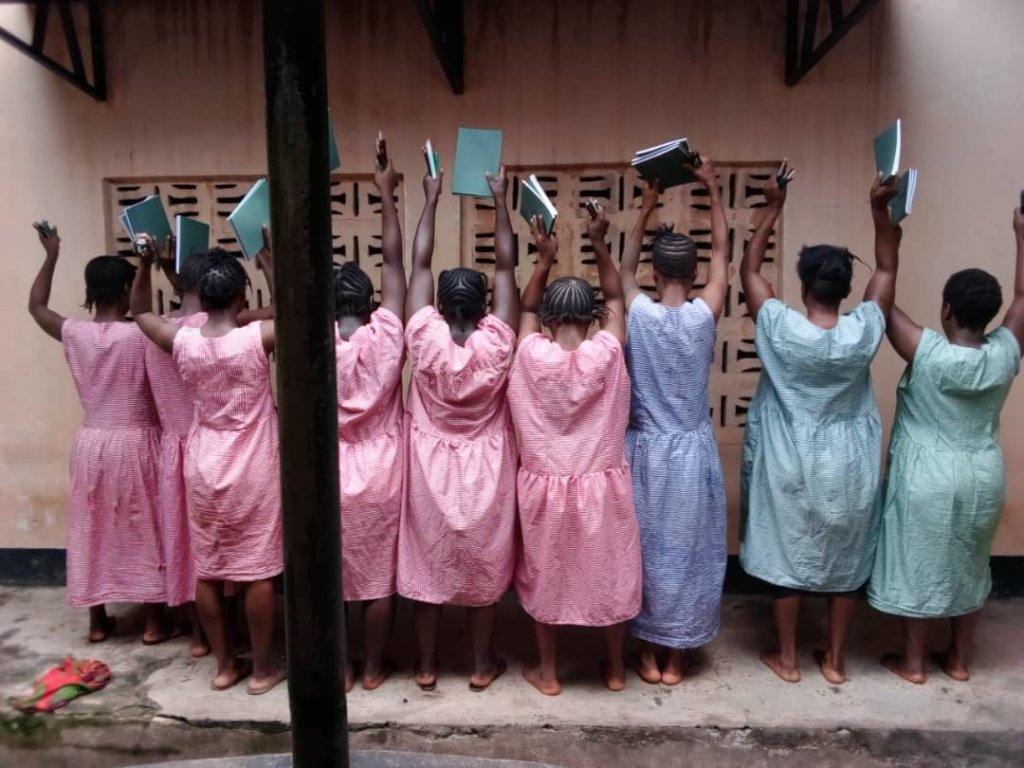 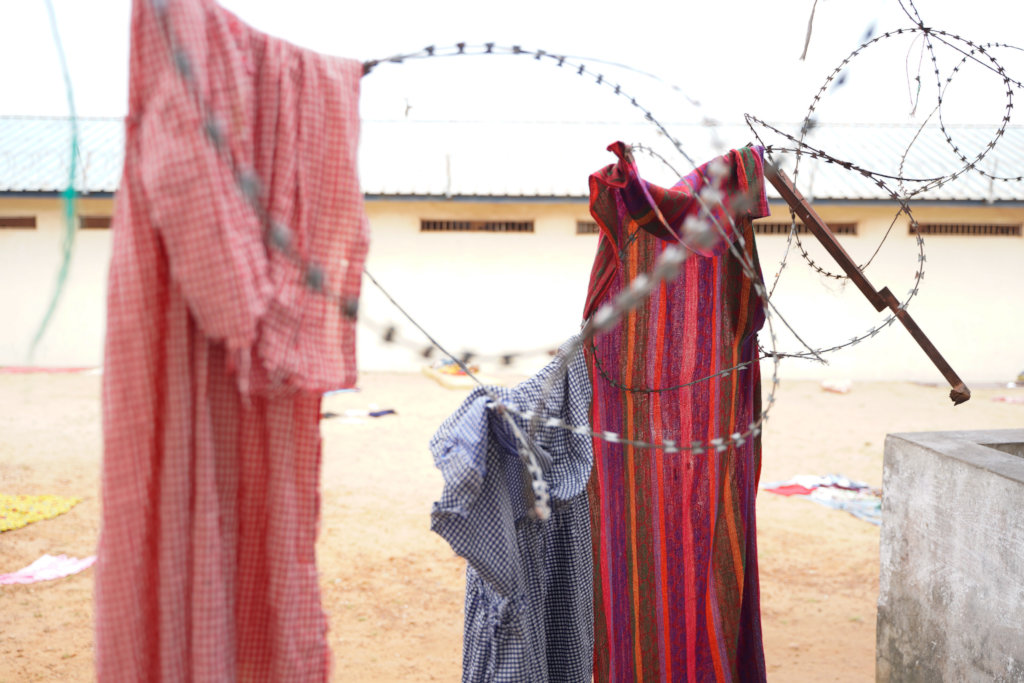 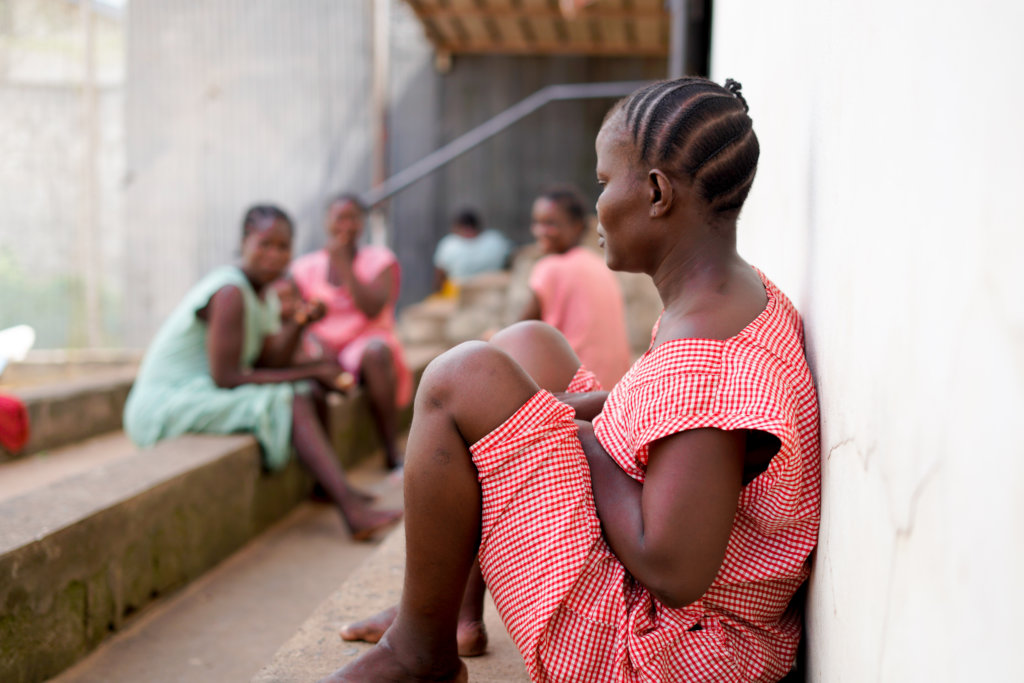 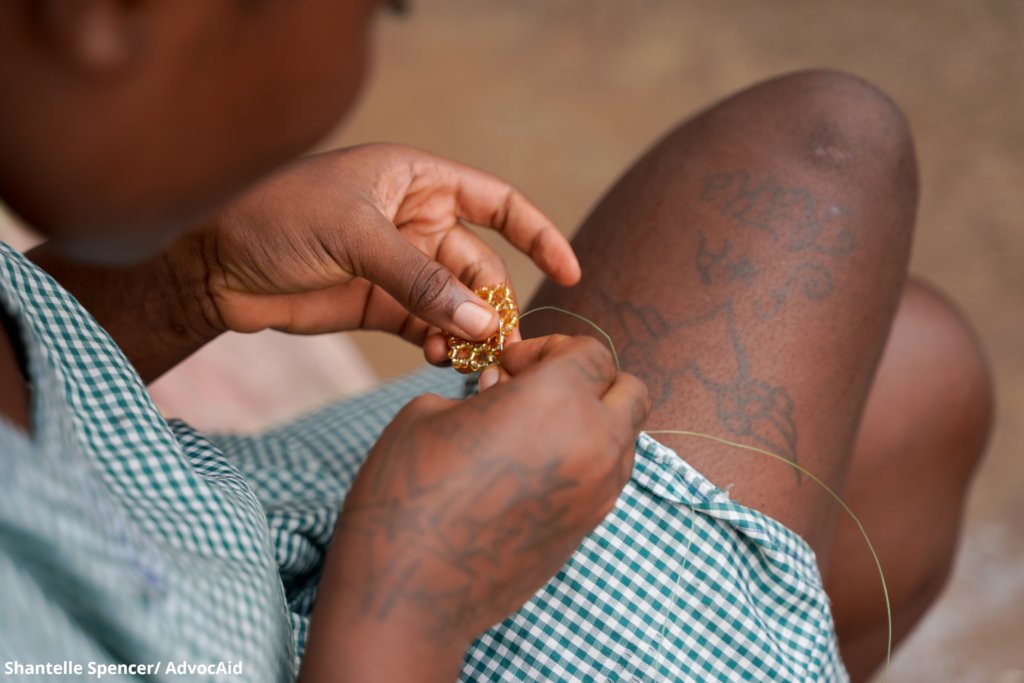 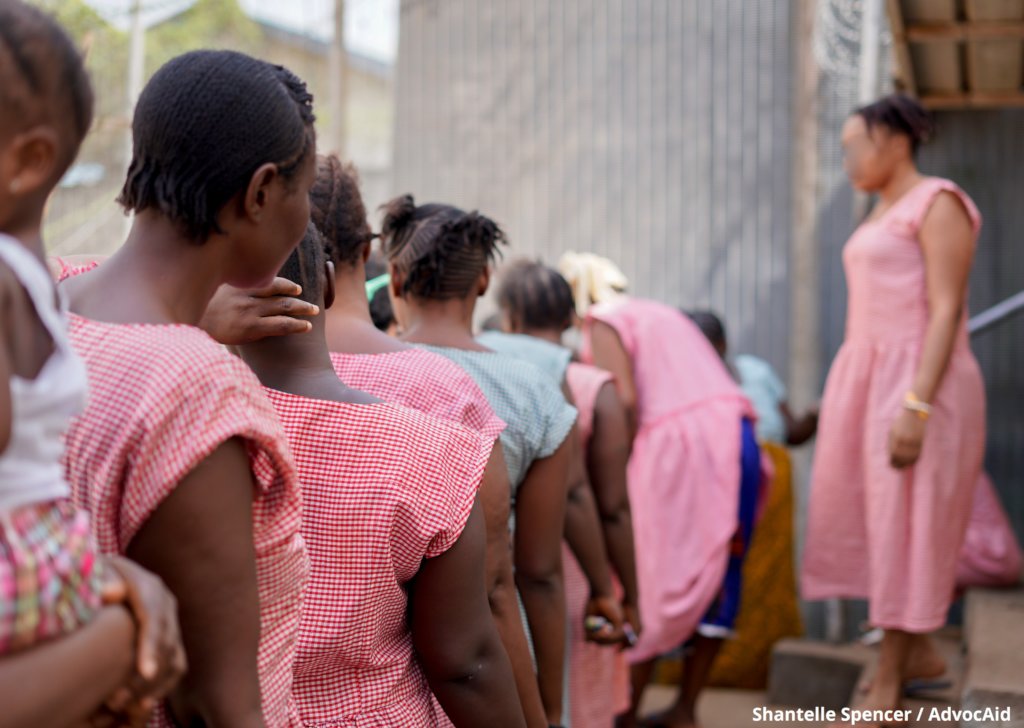 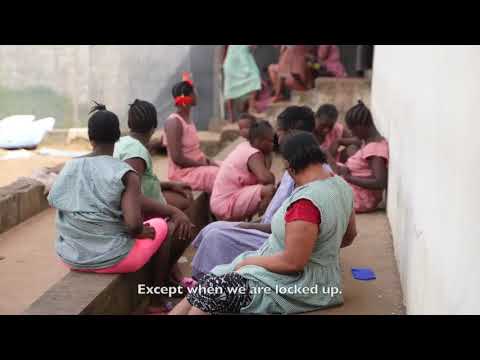 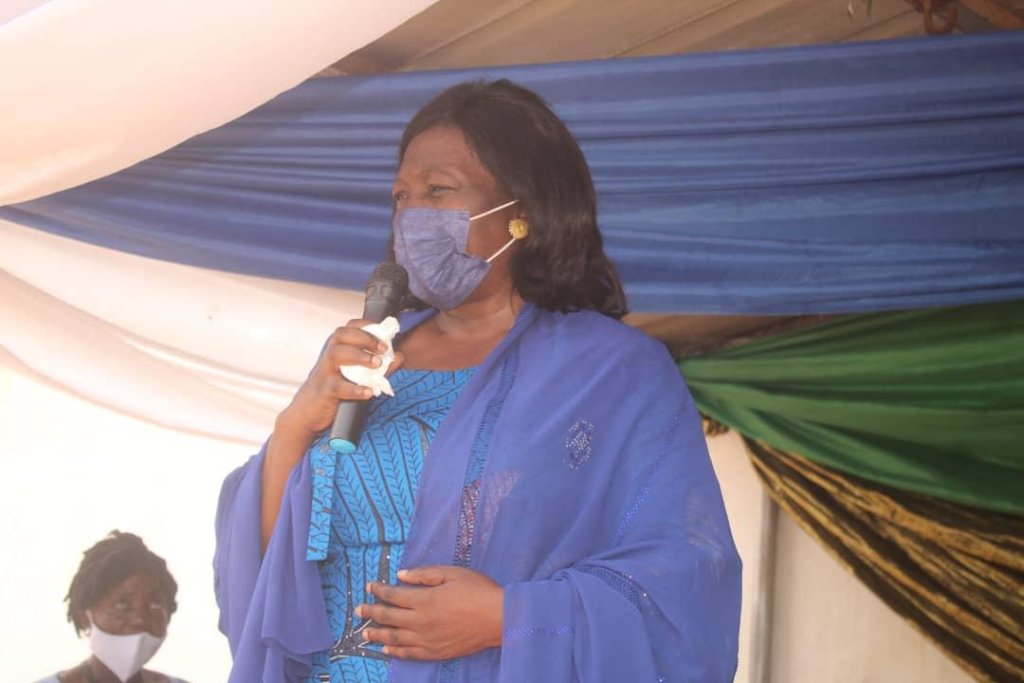 To mark the significance of Sierra Leone’s Independence Day as well as AdvocAid’s 15 Year Anniversary, AdvocAid celebrated with the women at Freetown Correctional Centre.  The Vice President of the Economic Community of West African States (ECOWAS), Commissioner Madam Finda Koroma was the guest of honour for the occasion.

Madam Finda Koroma gave a speech to those in attendance at the correctional centre in Freetown. In her statement, Madam Finda Koroma acknowledged the power that empowerment can have on the lives of individuals and encouraged the women in the centre to empower themselves while in detention so that upon release they can reintegrate into society with more opportunities than previously.

Madam Koroma praised AdvocAid for our 15 years of service to women and girls who have encountered the law in Sierra Leone. Since 2006 we have supported over 6,000 women through our access to justice and post-prison services. AdvocAid was proudly able to continue our vital legal, advocacy and welfare services during the Ebola outbreak in 2014 and the Covid-19 outbreak in 2020.

We wanted to attract people of high statuses to the event to make them aware of the challenges facing women accessing justice in Sierra Leone. Throughout the event, the prison band was on display and women in the correctional centre performed a piece on domestic violence created with the support of AdvocAid. Women who are in prison for violent offenses have usually committed the violent act in response to domestic and/or sexual abuse. In our Women Wahala Na Prison study, 72% of women told us they had suffered at least one form of abuse from their partner or spouse prior to prison. The women in the centre also had the opportunity to share their stories with Madam Finda Koroma. As a lawyer, the guest of honour provided legal education to the women who attended the interactive session and promised to channel their cases to the appropriate authorities.

AdvocAid continued to support the women detained in Freetown Correctional Centre on this day by providing a Ramadan gift, hygiene materials, food, and second-hand clothing to end the day on a climax. Amidst the dancing and jubilation that day, the women in the centre said the AdvocAid has instilled hope within them and put a smile on their faces. 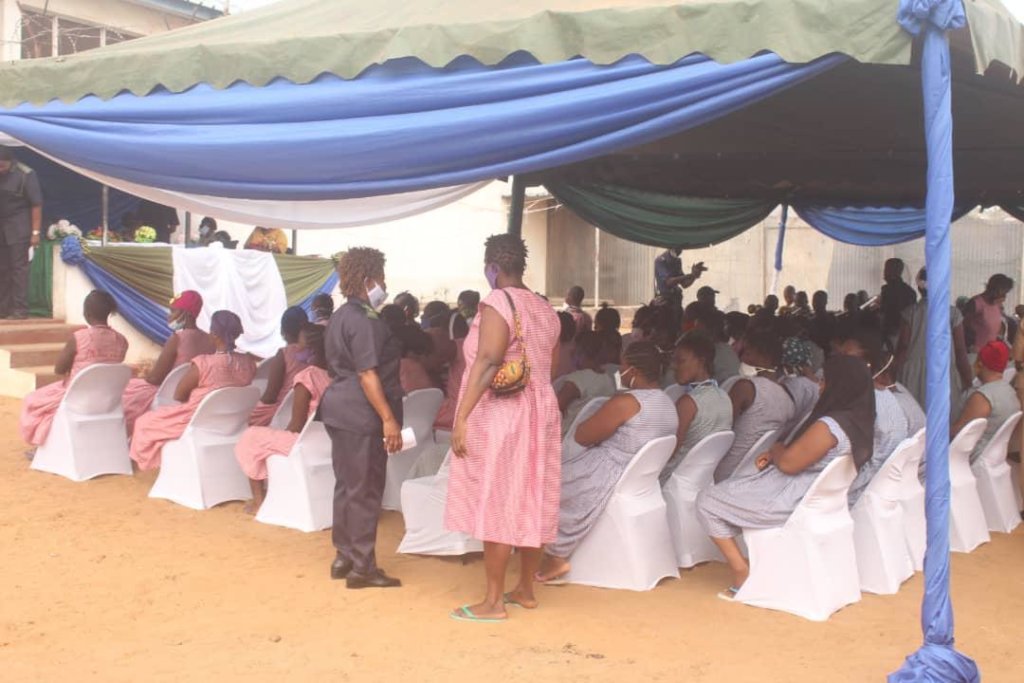 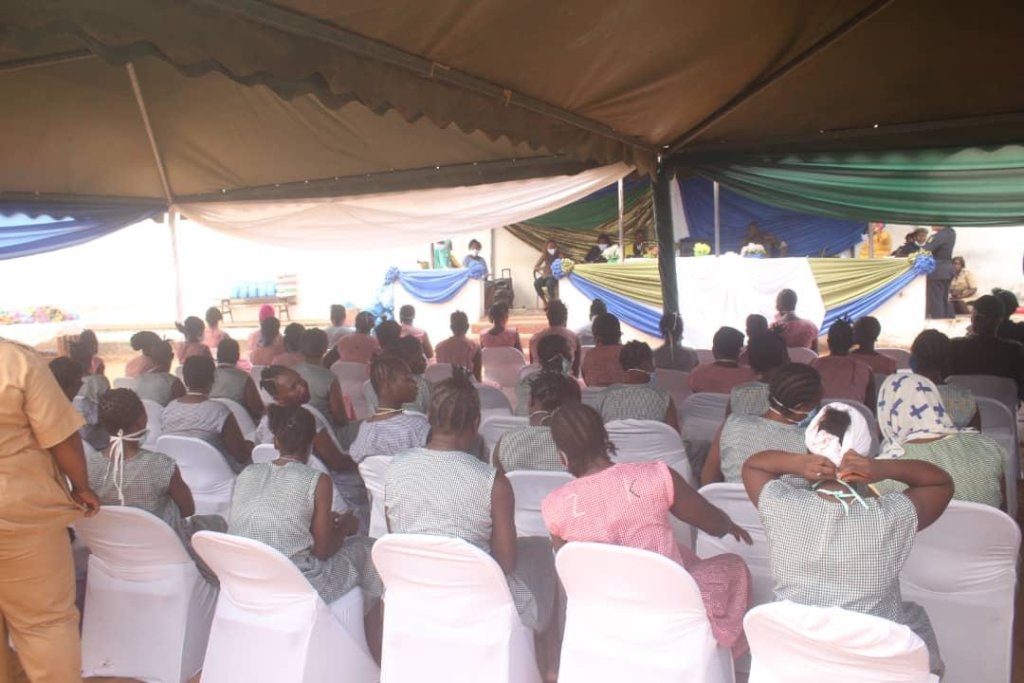 Project Leader:
Rebecca Wood
Freetown, Western Area Sierra Leone
$19,449 raised of $30,000 goal
You last donated to this project on
304 donations
$10,551 to go
* Amounts in US Dollars
Donate Now
Donate once
Donate monthly
$15
USD
Can provide a two-weeks worth supply of items like nappies, medicine and nutritious food for a baby imprisoned with its mother
›
$45
USD
Will provide five female inmates with personal hygiene items such as soap, tooth paste, and sanitary towels
›
$95
USD
Is enough to provide literacy classes for five female inmates for a month
›
$125
USD
Can fund counselling and family tracing services to women in one correctional centre for two weeks
›
$255
USD
Will fund welfare packs for 15 female inmates, including toiletries, medicine, clothing and personal hygiene items
›
$310
USD
Is all it costs for AdvocAid to run literacy and numeracy classes in three correctional centres for a month
›

Make a monthly donation & get matched today at 100% while funds remain. Terms and conditions apply.
Give the gift of stability in a time of instability. Set up an automatic, monthly gift now and get matched at 100%—because the COVID-19 pandemic has hurt us all, and it will take all of us to overcome it. Terms and conditions apply.
Monthly giving is as easy, safe, and as inexpensive as a Netflix subscription. Start a monthly donation to AdvocAid today and get matched at 100%. Terms and conditions apply.
$15
USD
monthly
Can provide a two-weeks worth supply of items like nappies, medicine and nutritious food for a baby imprisoned with its mother
›
$45
USD
monthly
Will provide five female inmates with personal hygiene items such as soap, tooth paste, and sanitary towels
›
$95
USD
monthly
Is enough to provide literacy classes for five female inmates for a month
›
$125
USD
monthly
Can fund counselling and family tracing services to women in one correctional centre for two weeks
›
$255
USD
monthly
Will fund welfare packs for 15 female inmates, including toiletries, medicine, clothing and personal hygiene items
›
$310
USD
monthly
Is all it costs for AdvocAid to run literacy and numeracy classes in three correctional centres for a month
›

GlobalGiving
Guarantee
Donate https://www.globalgiving.org/dy/cart/view/gg.html?cmd=addItem&projid=27810&rf=microdata&frequency=ONCE&amount=25
Please Note
WARNING: Javascript is currently disabled or is not available in your browser. GlobalGiving makes extensive use of Javascript and will not function properly with Javascript disabled. Please enable Javascript and refresh this page.