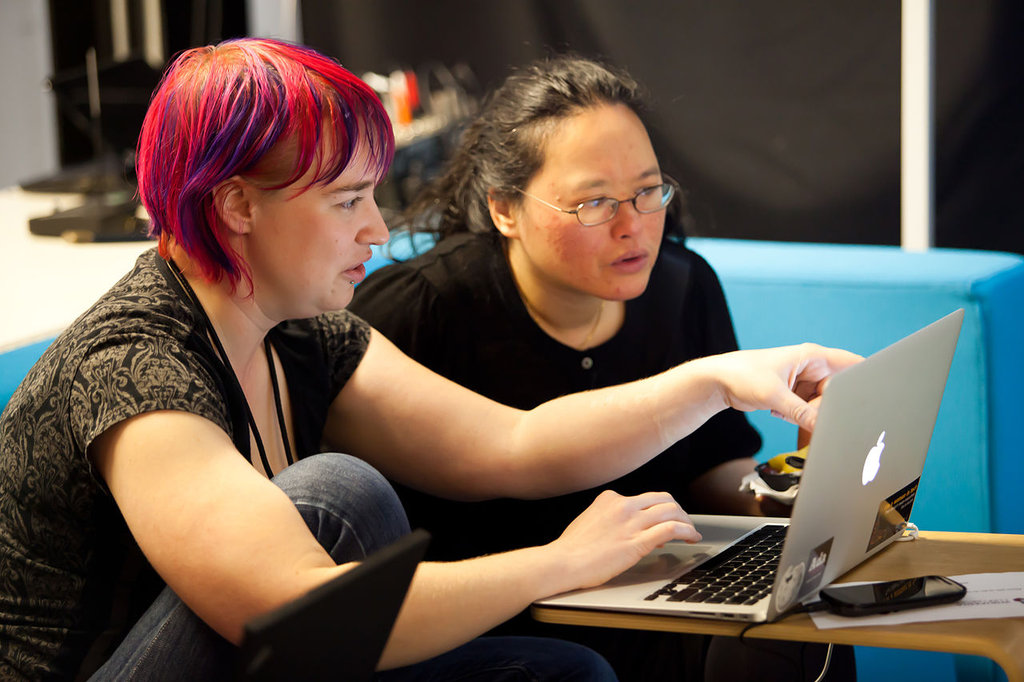 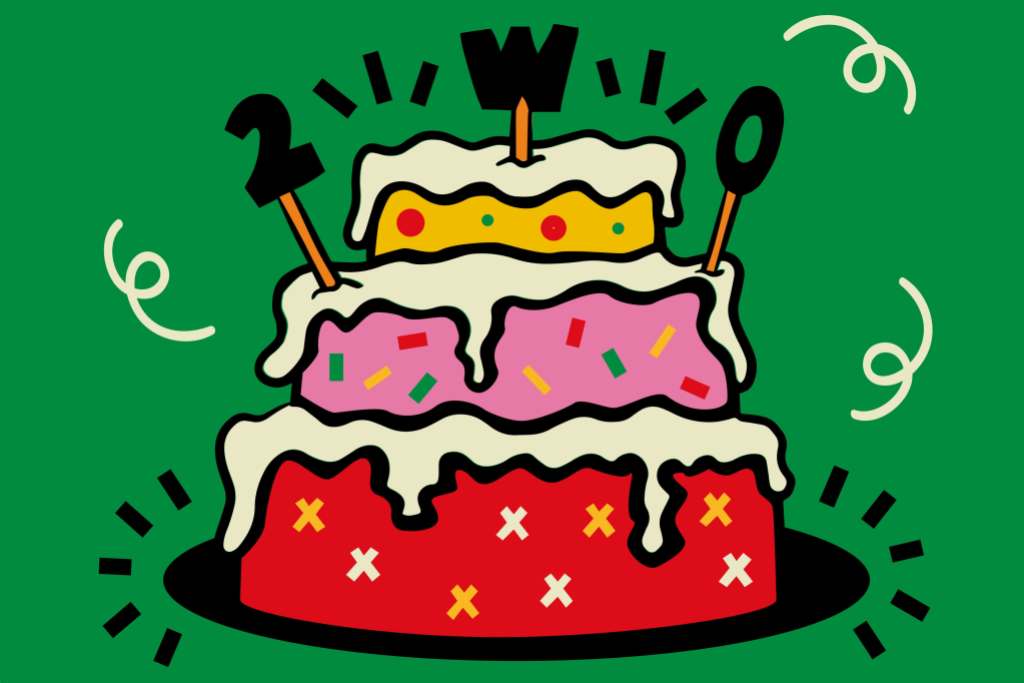 On January 15, 2021 Wikipedia turned 20 years old. Across the world, this milestone was marked at community events, in press, birthday web hubs, banners across Wikimedia projects and on social media, kicking off a year of birthday celebrations.

With hundreds of leaders, and thousands of participants, this moment had a big impact in building awareness and appreciation for Wikipedia and the free knowledge movement. Here is a summary, covering the first half of 2021:

Our goal with the 20th birthday campaign was to increase public awareness about our movement and celebrate the humans behind Wikipedia. We began by supporting global community activities and celebrations, driving international press coverage, and developing new partnerships and campaigns to build understanding of Wikipedia and Wikimedia movement around the world. 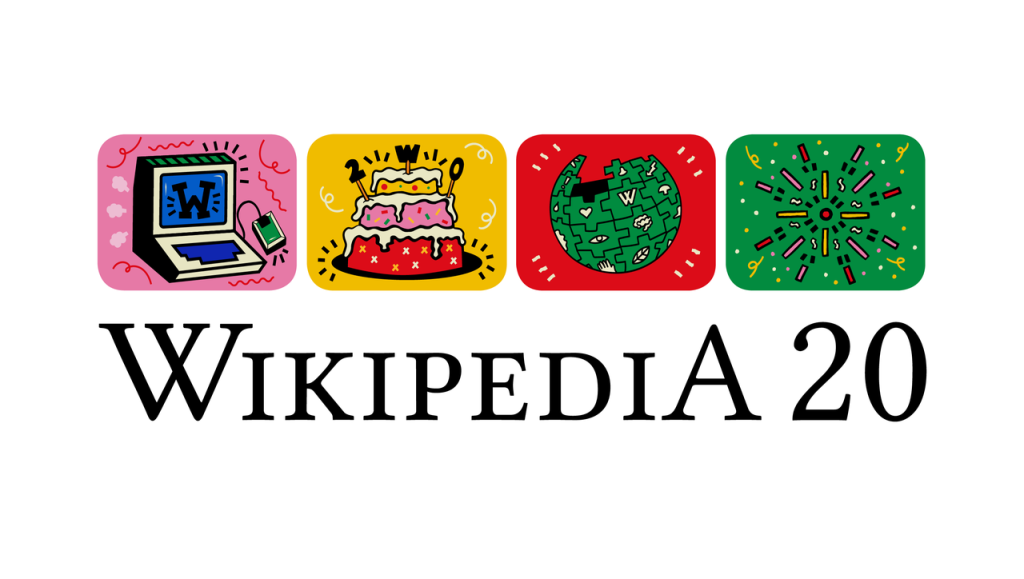 We invited collaboration from our communities, creating a system of global birthday symbols with guidelines for communities on how to mix, share and add to in order to make the celebration their own.

Supporting the movement celebrations of the 20th birthday was a priority. We set out to ensure parties could happen all over the world, empowered by design assets, digital party kits, grants, messaging guidelines, and coordinated timelines.

Pandemic or not, our communities gathered to celebrate in a time where togetherness wasn’t always possible. A total of 115 events were hosted across 62 countries. Most events took place during the birthday week and most of them were virtual celebrations. 27 community proposals were funded through the Wikipedia 20 Rapid Grants program as of June 2021. 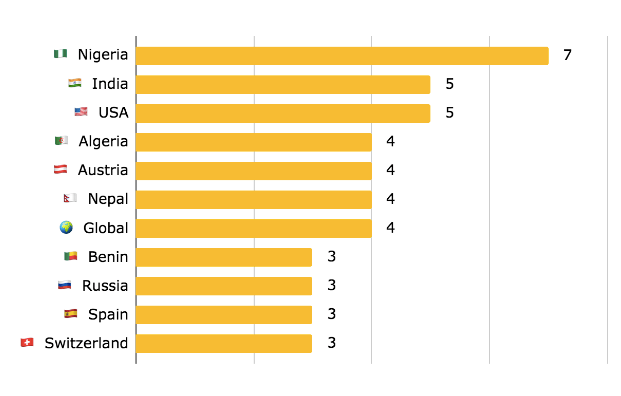 Graph showing most Wikipedia 20 events per country, held during the week of January 15-22, 2021

Working with affiliate groups and volunteer communities around the world, we utilized our messaging toolkit to help tell a cohesive, clear story about Wikipedia, the 20th birthday milestone, and the Wikimedia movement for everyone. In total, there were more than 974 articles published in over 80 countries in 40 languages, which was a new record for us in terms of media coverage globally. Positive coverage not only built awareness of Wikipedia in existing and new markets, but also provided a more in-depth view of the role of Wikipedia in the world today and the people who make it possible.

As Anusha Alikhan, Senior Director of Communications, mentioned in the recent Foundation 360 series, “The campaign increased the public’s trust in Wikipedia, showcased movement and volunteer stories, and cultivated new supporters. It was an opportunity not just to celebrate the last 20 years but also recognize our gaps and welcome new people into the movement to fill them. We were able to showcase Wikipedia’s evolution from an idea that shouldn’t have been possible to one of the most trusted knowledge resources in the world.”

For a more comprehensive look at the project, the planning process, success metrics and impact, please see the full campaign report. A version of the Wikipedia 20 results is also available on Meta-Wiki hub.

Donating through GlobalGiving is safe, secure, and easy with many payment options to choose from. View other ways to donate
Wikimedia Foundation has earned this recognition on GlobalGiving:

GlobalGiving
Guarantee
Donate https://www.globalgiving.org/dy/cart/view/gg.html?cmd=addItem&projid=7339&rf=microdata&frequency=ONCE&amount=25
Please Note
WARNING: Javascript is currently disabled or is not available in your browser. GlobalGiving makes extensive use of Javascript and will not function properly with Javascript disabled. Please enable Javascript and refresh this page.