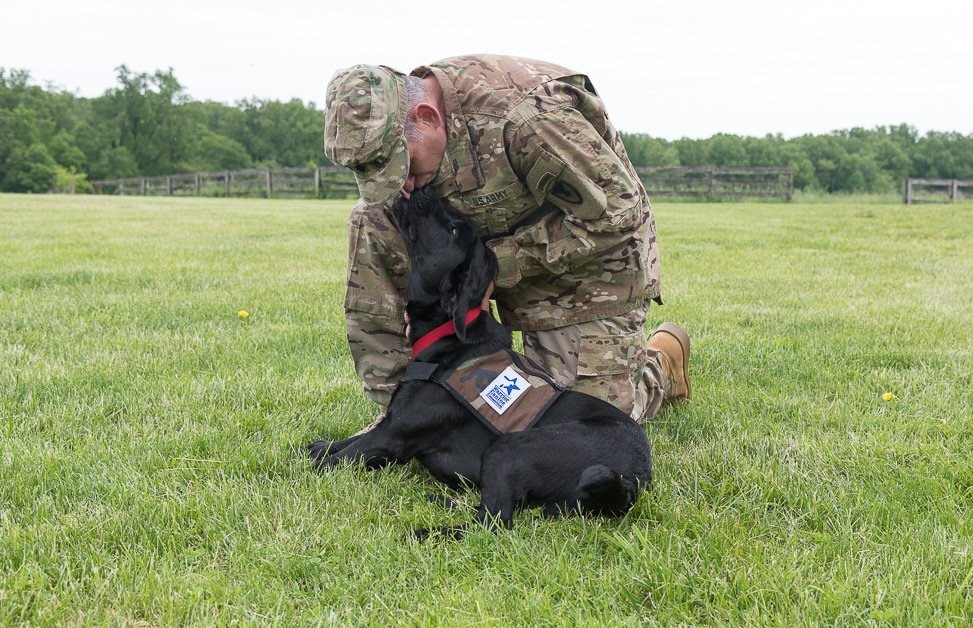 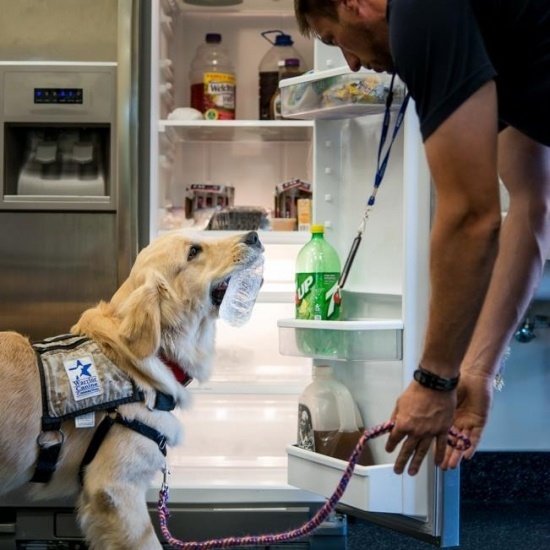 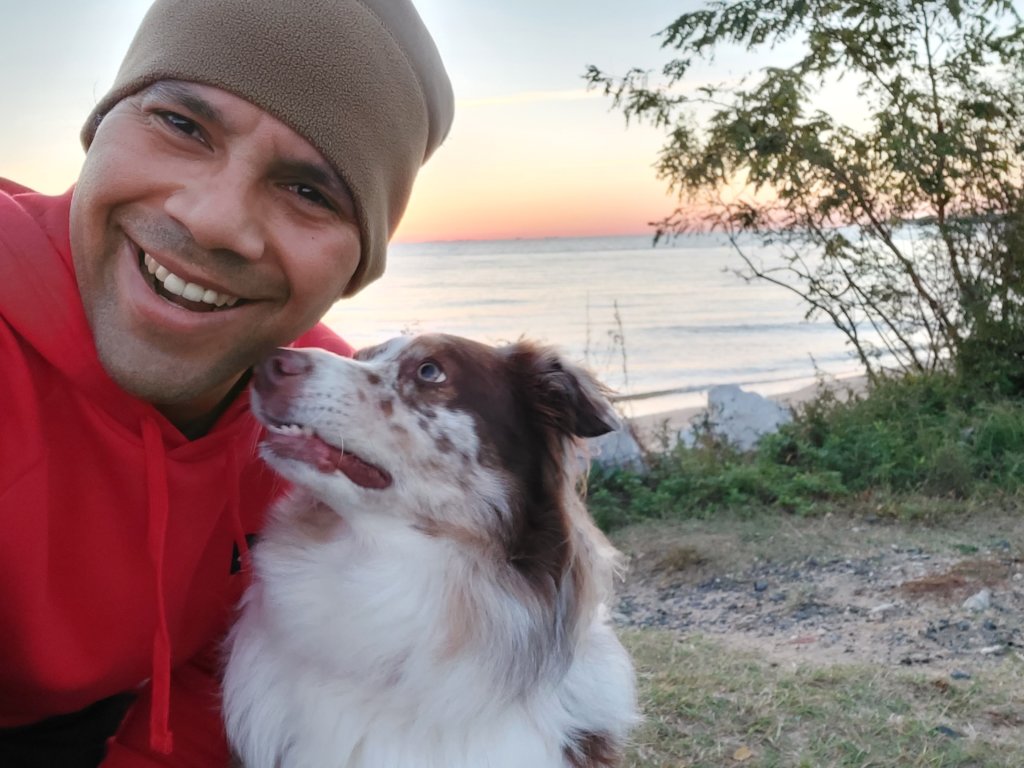 Warrior Canine Connection (WCC) had the pleasure of meeting and working with Arodi, a 12-year Veteran of the Marine Corps. He connected with WCC through a Wounded Warrior Project (WWP) event and continues to seek out WWP events and programs and encourages other Veterans to get involved.

Arodi’s family immigrated from the Dominican Republic to Puerto Rico when he was just 5. The youngest of three brothers, after graduating from high school in 2002, he enlisted in the Marine Corps. His 12 years of service included one deployment to Iraq, two to Afghanistan, and several other duty stations, including Okinawa, Camp Pendleton, 29 Palms and Camp Lejeune.

During his service, Arodi trained as a refrigeration mechanic. As a junior Marine, he worked in maintenance and operations of the equipment, but after he became a non-commissioned officer, he performed duties of Platoon Sergeant and maintenance/operations. Due to service limitations, Arodi was honorably discharged on 2014.

“I was sad to leave the service,” said Arodi. “I credit the Marine Corps with giving me my leadership values, skills and camaraderie with my fellow Marines, but I am happy with how life worked out.”

And “worked out” it did. After leaving the Marine Corps, Arodi attended Craven Community College for two years for cyber security and network administration.

Still longing a connection with other Veterans, he got involved with Wounded Warrior Project. He got involved, attended several events, and learned about the Cisco Veteran Training Program, which led to his current job as a system administrator, where he’s been employed for three-plus years.

It was through WWP’s program that Arodi also learned about Warrior Canine Connection’s service dog training program, where Service Members and Veterans help train future service dogs for their fellow Warriors with visible and invisible wounds.

A dog lover and with allotted volunteer hours through Cisco, Arodi signed up.

“I thought it would be great a way to stay engaged with the Veteran community, and I never had any kind of training on how to work with my own dog, so it was interesting to me,” said Arodi.

He traveled to WCC once a week for 12 weeks. There, he assisted the service dog training instructors, and in the process learned training techniques, as well as other tasks such as proper grooming.

“It’s so rewarding to see small, incremental changes with the dogs,” said Arodi. “For me, I had no idea how much goes into training a service dog. It really opened my mind to how service dogs are used to help Veterans with PTSD and learn the triggers.”

He says the training helped him with his own communication with his dog, Lexi, a 4-year-old Australian Shepherd.

“It helped me put a lot of things in perspective with how I work with my own dog,” said Arodi. “I used to think I was the alpha male and yell/raise my voice to train mine. But I learned that, no, you just have to make it more interesting to them.”

Arodi only has one regret about his involvement in the programs.

« Previous - "The Art of Training a Dog"
Comments:

GlobalGiving
Guarantee
Donate https://www.globalgiving.org/dy/cart/view/gg.html?cmd=addItem&projid=42296&rf=microdata&frequency=ONCE&amount=25
Please Note
WARNING: Javascript is currently disabled or is not available in your browser. GlobalGiving makes extensive use of Javascript and will not function properly with Javascript disabled. Please enable Javascript and refresh this page.