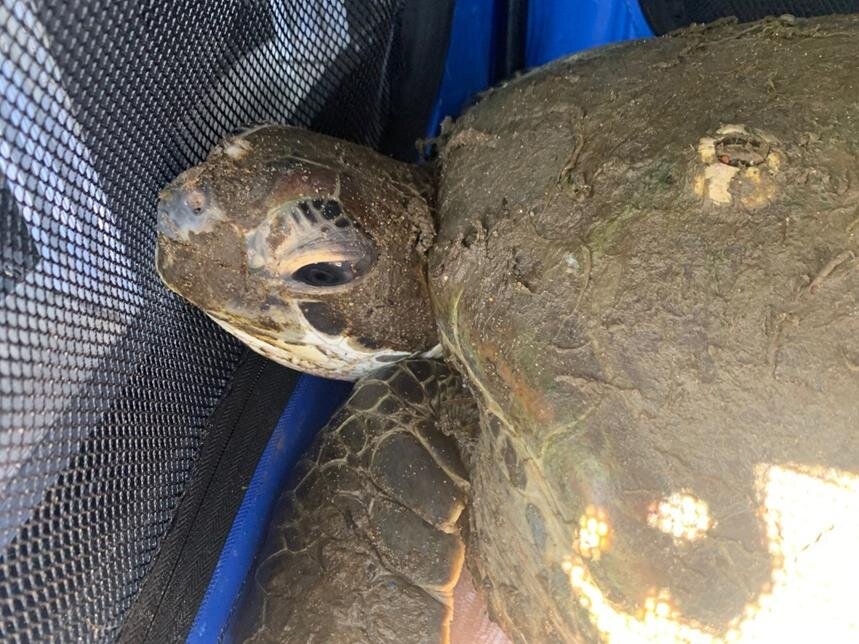 Over the past few months heavy rains and flooding continued to cause distress to people and wildlife along Australia's east coast. Many burrow animals took refuge in garages to find temporary shelter after being forced out of their burrows. Additionally, we saw more cases of waterlogged and exhausted birds. Our Wildlife Rescue teams are in the midst of a busy spring season, responding to hundreds of urgent calls every single day. These are a few of those rescue stories.

A Green Sea Turtle had a very lucky escape last month after being spotted beached, and being attacked by birds. After spotting the distressed turtle, a member of public attempted to carry it back to the ocean, but it kept swimming in circles and returning to the sand where the birds would attack it. Not knowing what to do, she called WIRES who sent out our Emergency Responder who was able to transport the turtle to specialist marine veterinary care. Worryingly the turtle has a soft shell, which may be symptom of malnourishment. Marine rescuers are noting that extreme rain events are washing sediment from rivers and creeks into coastal areas, which in turn is smothering seagrass beds, a vital food source for turtles.The turtle is still undergoing treatment and will hopefully re-gain his health, for a return to the wild.

Last month we received a call from a busy primary school in Sydney after they discovered a young possum, wedged under a planter box in the school yard. There were no parents to be found and it was extremely difficult for the teachers to reach the possum, so a WIRES Emergency Responder was dispatched.

Our Emergency Responder was able to contain the possum and noted it was bright and alert but very dehydrated. Its tongue was also quite pale. She provided a small amount of oral hydration, secured the possum in a warm pouch and transported it to a local vets for medical attention. After given the all-clear, the possum was picked up by a WIRES carer and is now being rehabilitated for eventual release into suitable habitat.

In April, two little bare-nosed wombat survivors were rescued from horrendous floods. One was found clinging to a chicken hutch, the other was desperately swimming. Both were very young but had become separated from their mothers, who couldn’t be found.

Luckily both were rescued by the property owner and have been in care with one of our experienced wombat carers, Penelope. They are now around 18 months old, weigh over 16kg each and will soon be ready for release.

Thank you for the vital role you play in helping us rescue and care for these survivors. We are very grateful for your support. 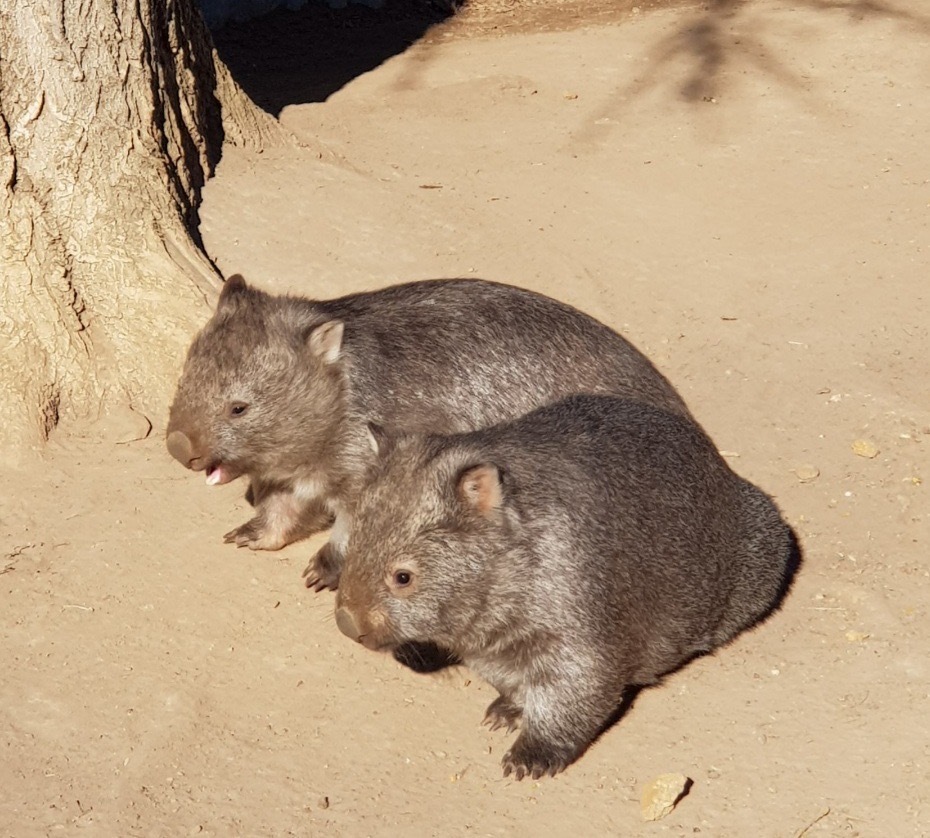 Project Leader:
Frances Parkinson
Warringah Mall, NSW Australia
$143,880 raised of $200,000 goal
You last donated to this project on
856 donations
$56,120 to go
* Amounts in US Dollars
Donate Now
Donate once
Donate monthly
$19
USD
will allow us to respond to an urgent call, organise the rescue, aid and long term care for a native animal in distress
›
$50
USD
will provide food for one rescued wombat joey for 5 weeks
›
$100
USD
will assist in the cost of initial veterinary treatment for 1 animal
›
$200
USD
will provide food for one koala joey for 20 weeks
›
$500
USD
will allow one bat rescuer to be trained and vaccinated
›
$1,660
USD
will buy an ICU incubator to regulate the temperature for orphaned joeys
›
$5,000
USD
can help build a pre-release aviary that can be used to prepare many rescued animals get ready for returning to the wild
›