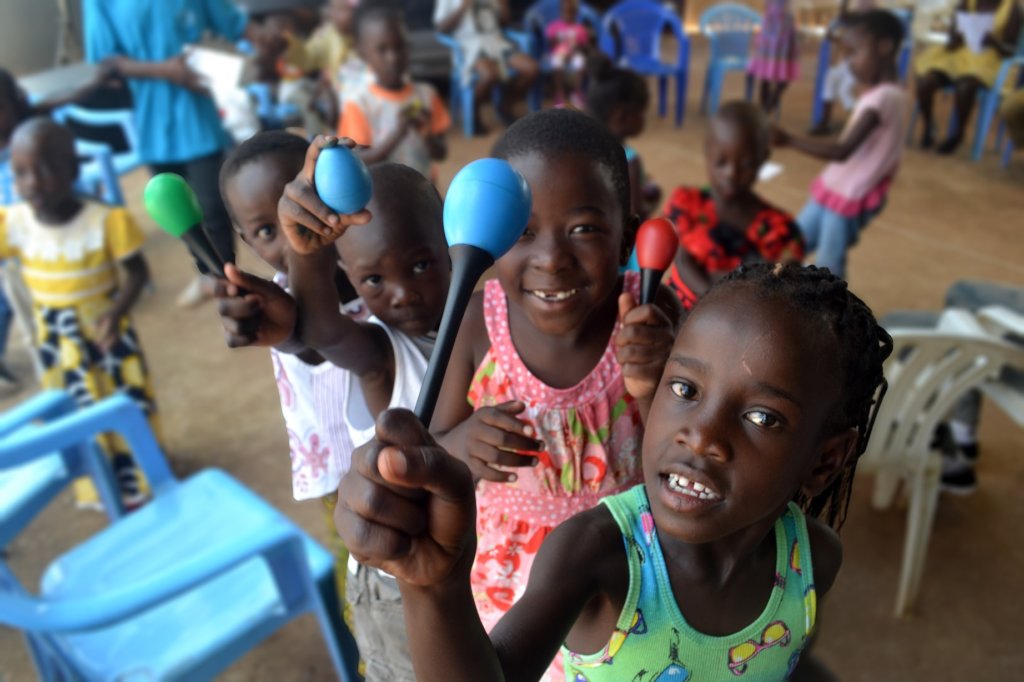 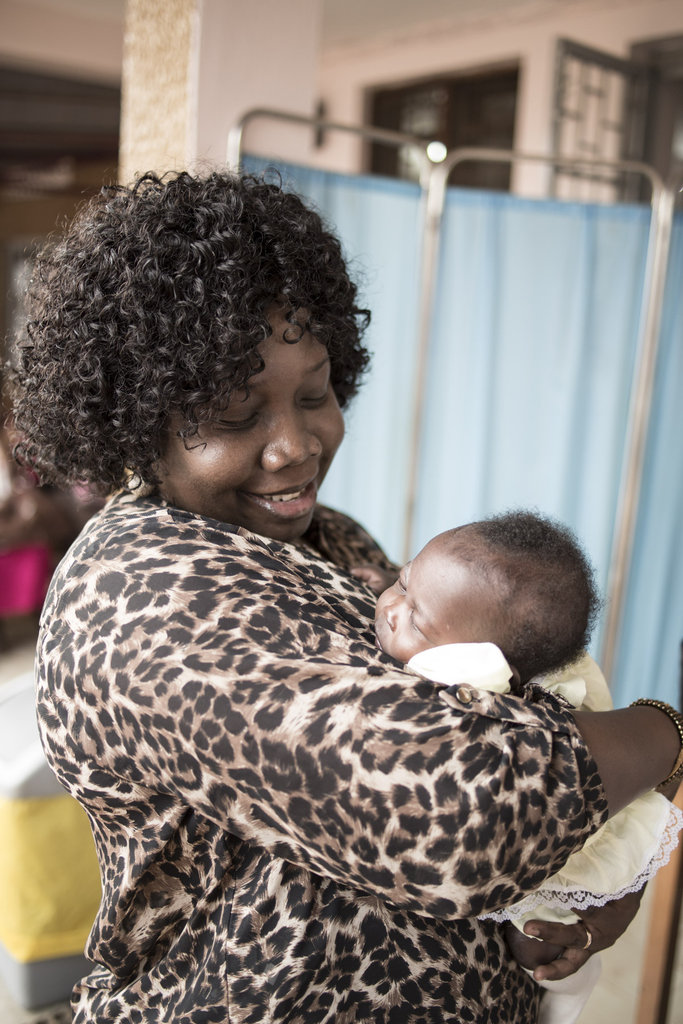 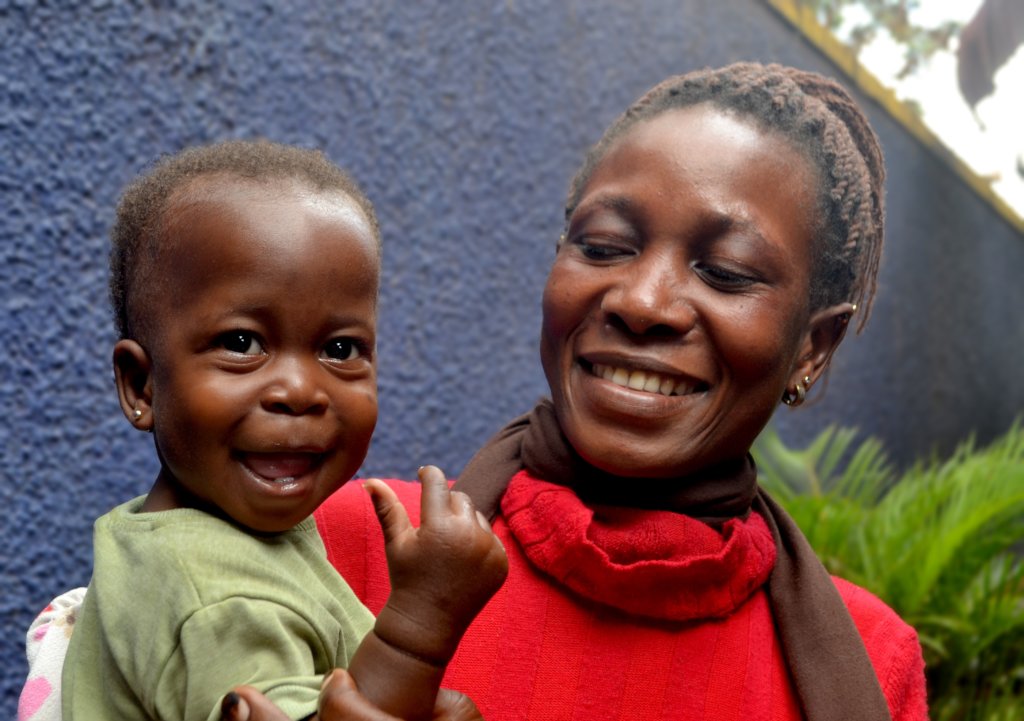 Love for a Mother, Life for a Family 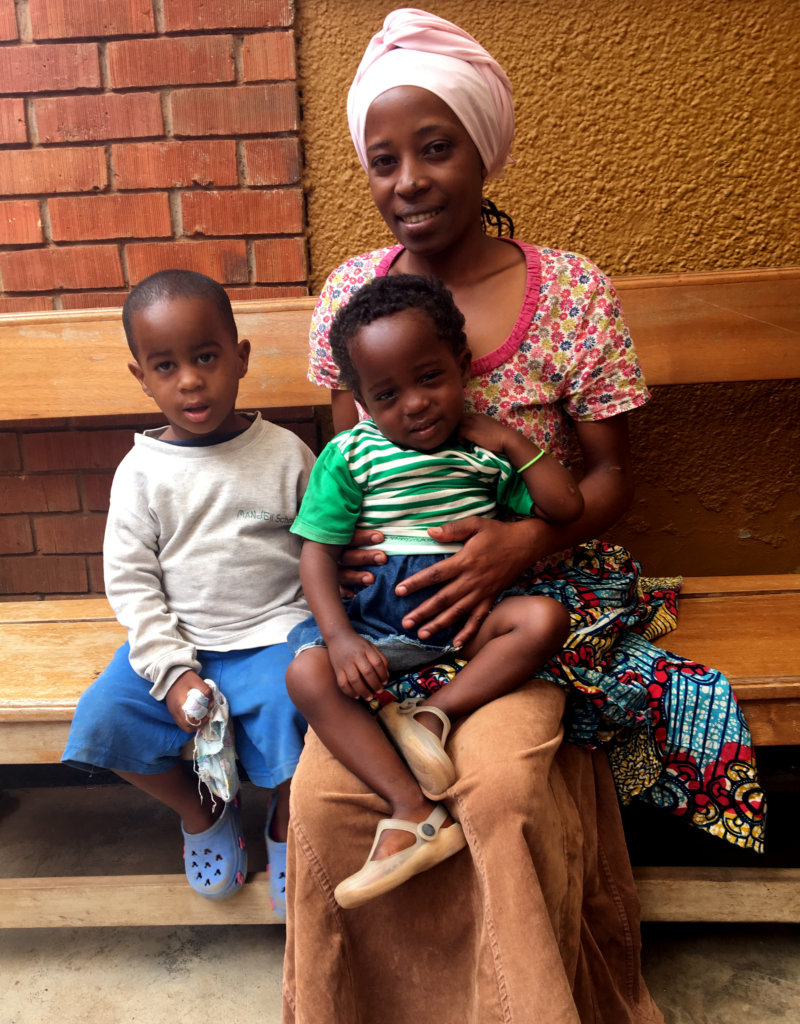 Joan sits outside AMS' pharmacy with her family.
Joan was only 19 when she realized she was HIV-positive. She had been sick for weeks, suffering from headaches, fever and fatigue, when a friend finally suggested she visit Alive Medical Services (AMS) to be tested. That day, Joan was counseled, diagnosed and immediately enrolled in care.


“I was continuously supported by the AMS doctors and counselors,” Joan said. “They helped me take my medicine very well.Within five months, I felt very stable and very strong.”

Nearly ten years later, Joan remains a client at AMS. She no longer visits the clinic only for herself, but for her family as well. AMS ensured her 4-year-old son, Dickson, and her 2-year-old daughter, Anita, were born HIV-negative. Joan is just one of 1,000 expectant mothers AMS has cared for since 2013, all of whom delivered HIV-negative children after receiving prenatal care, education and support.

“I wasn’t scared when I found out I was pregnant with Dickson,” said Joan, who became pregnant four years after her initial diagnosis. “The counselors at AMS had already advised me on the do’s and don’ts of pregnancy, and I felt I had all the support I needed. I was positive my baby would be HIV-negative.”


To ensure such an outcome, AMS provided Joan with education, health care and counseling throughout her entire pregnancy. AMS counselors also enforced the value of proper adherence to her medication, and coached Joan on breastfeeding and child care practices after birth.

After Dickson was born, Joan returned to AMS for her son's check-ups. He was first tested at six weeks of age, again after 1 year, and once more after 18 months. Every time, Dickson tested negative, as did her second child, Anita, who was born two years later.

“I have joy in my heart because both my babies were born negative,” Joan said.

Joan’s viral load is now suppressed and she continues to take her anti-retroviral medication regularly. AMS also provides Joan with injectable contraceptives, allowing her to have more control the growth and well-being of her family. Joan’s husband has also become an active patient at AMS: every three months, he visits the clinic to get tested and ensure his HIV-negative status has not changed.

“I like coming to AMS because of the quality of care and the advice of the health workers,” Joan said. “I get my medicine whenever I need it, and they are never out of stock. I appreciate the love and care of the doctors and the counselors. I am proud to be a client of AMS.”

It is only through partners like you that AMS can help mothers like Joan. Your support is critical to ensuring children are born HIV-negative – and you are playing an integral role in halting the spread of HIV and keeping families safe. For that, we are incredibly grateful. Thank you so much! 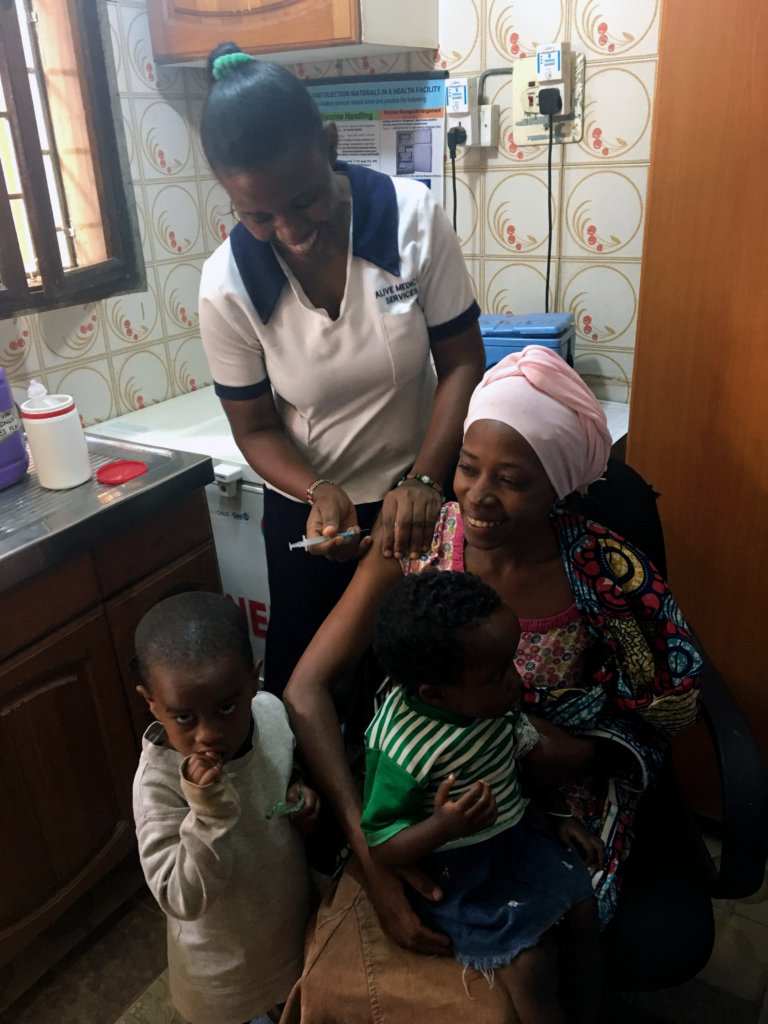