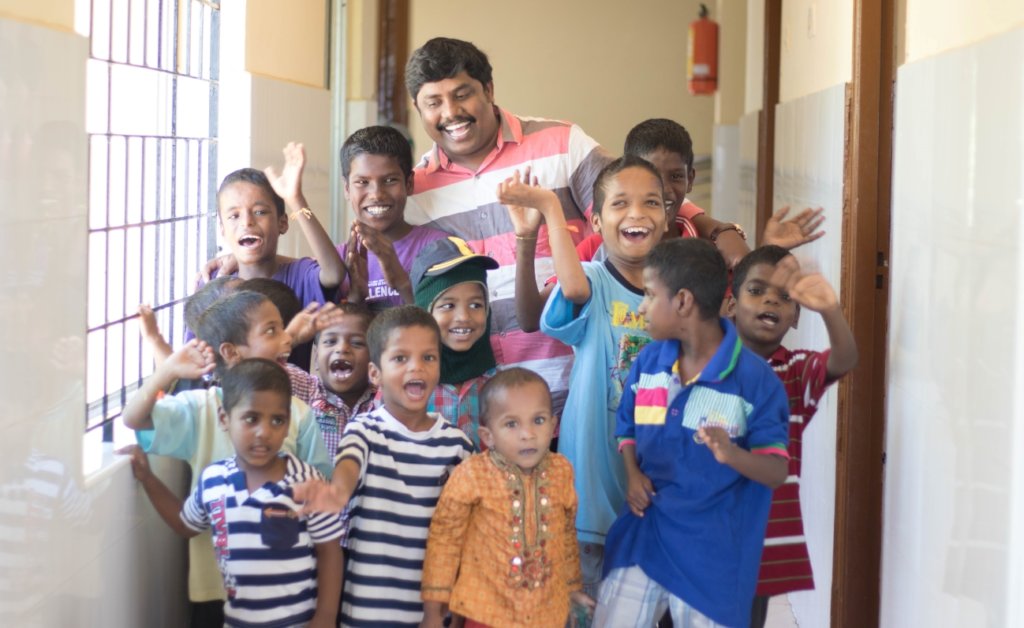 Anyone can have a child and call themselves a “parent”. But a real parent is someone who puts that child above their own selfish needs and wants.

An innocent one month old baby boy was discarded by his parents in Adambakkam, Chennai. The story goes that a scan taken during the antenatal period revealed that the baby had defective abdominal walls (a type of congenital defect that allows the stomach, the intestines, or other organs to protrude through an unusual opening that forms on the abdomen), cystic lesions, and a deflected urinary bladder. Had they known, the parents say, they would not have carried the baby to full term. But the hospital says that the parents were aware of their child’s condition. The boy’s birth revealed new anomalies such as the absence of a lower left limb, absence of the left kidney, and a rigid scrotum. In shock, the parents abandoned him at the hospital despite receiving counselling. The mother having refused to feed her son even once! This baby needs surgery that requires his parents’ consent but they refuse to give it.

The hospital authorities frantically searched for a home but no one was willing to accept the child. Hearing about our work with abandoned children, they approached us and we could not say no. The child is now part of the Sri Arunodayam family.  While still at the hospital, two of our nurses visited him each day and underwent a special training to be able to take care of him when he got home. He does not have intellectual disabilities but has very severe physical anomalies that are endangering his life.

On the 25th of February we held his naming ceremony. We searched for a name that would embody the story of his life. And we chose “Sabari” (a tributary of the river Godavari) because, like a river, love too cuts a new path whenever it meets with an obstacle. And this pretty much sums up Sabari’s one-month existence here on earth. Considered an obstacle and discarded by the ones who bore him, Sabari’s path led him to a new family that loves and embraces him as their own!

Sabari with our Founder

Project Leader:
Iyyappan Subramanian
Founder Managing Trustee
Chennai, Tamil Nadu India
$48,603 raised of $55,000 goal
You last donated to this project on
989 donations
$6,397 to go
* Amounts in US Dollars
Donate Now
Please note: We expect that there will be significant delays in getting funds to this project. Learn more
Donate once
Donate monthly
$35
USD
is the cost of a single sq. ft. of the new home we are building to accommodate abandoned little girls with intellectual disability.
›
$40
USD
ensures a child's complete Health Check so that fatal illnesses can be detected and treated in time.
›
$70
USD
buys a sewing machine to start a tailoring business for 6 young intellectually disabled girls.
›
$170
USD
buys an embroidery machine for our young girls tailoring business
›
$180
USD
buys a block printing table for our vocational center where 35 youngsters are being trained
›
$700
USD
buys printing blocks for our vocational center where 35 youngsters are being trained in block printing
›
$800
USD
helps us procure block printing fabrics and dyes for the vocational center for a whole year
›
$1,500
USD
will help procure a flatbread-making machine and a Gas Cooking Range for our centralised kitchen that runs 24x7x365, churning out around 150 meals three times a day.
›
Make a monthly donation & get matched today at 100% while funds remain. Terms and conditions apply.
Give the gift of stability in a time of instability. Set up an automatic, monthly gift now and get matched at 100%—because the COVID-19 pandemic has hurt us all, and it will take all of us to overcome it. Terms and conditions apply.
Monthly giving is as easy, safe, and as inexpensive as a Netflix subscription. Start a monthly donation to Sri Arunodayam Charitable Trust today and get matched at 100%. Terms and conditions apply.
$10
USD
monthly
will buy diapers for a bedridden child
›
$12
USD
monthly
will provide a cup of milk to 113 children
›
$15
USD
monthly
will sponsor a physiotherapy session
›
$17
USD
monthly
will provide a day's ration of vegetables for 113 children
›
$20
USD
monthly
will buy a month's share of life-saving medicines for children with epilepsy and fits
›
$25
USD
monthly
will help procure teaching aids to make abstract ideas more concrete and learning more effective for children with intellectual disability
›
$35
USD
monthly
will procure a highly nutritious meal for 113 children
›
$40
USD
monthly
will help cover the living expenses of a single child for a month
›

Donating through GlobalGiving is safe, secure, and easy with many payment options to choose from. View other ways to donate
Sri Arunodayam Charitable Trust has earned this recognition on GlobalGiving:

GlobalGiving
Guarantee
Donate https://www.globalgiving.org/dy/cart/view/gg.html?cmd=addItem&projid=37370&rf=microdata&frequency=ONCE&amount=25
Please Note
WARNING: Javascript is currently disabled or is not available in your browser. GlobalGiving makes extensive use of Javascript and will not function properly with Javascript disabled. Please enable Javascript and refresh this page.