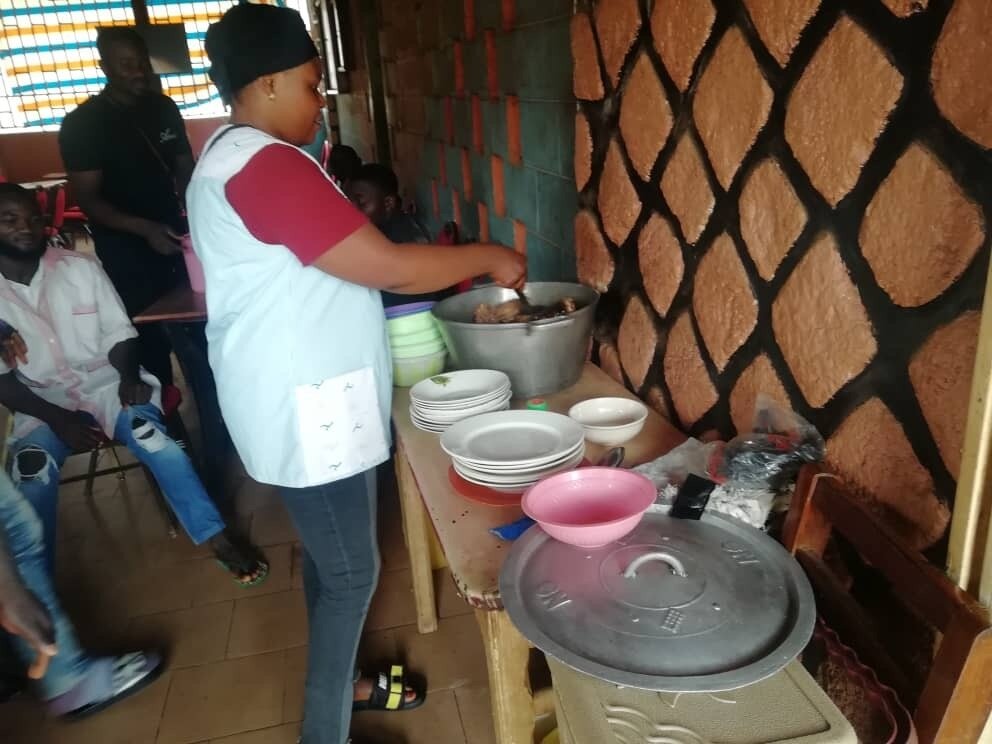 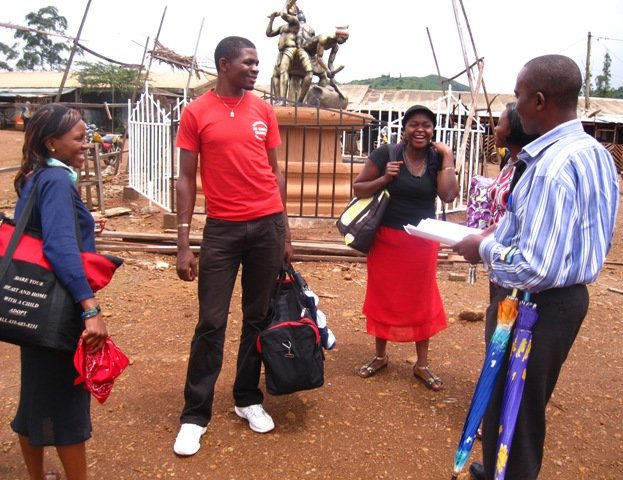 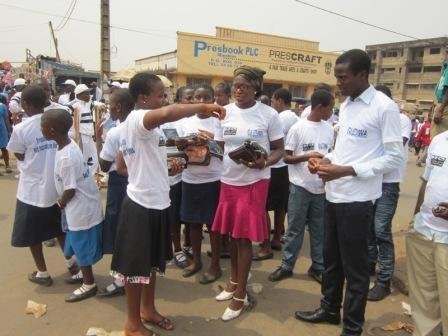 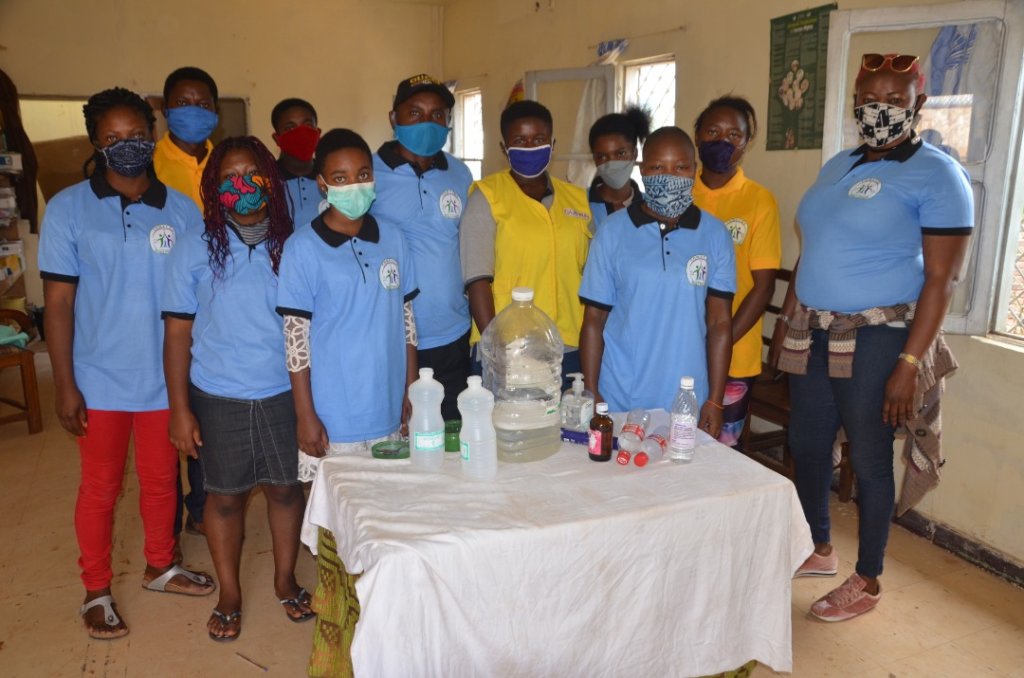 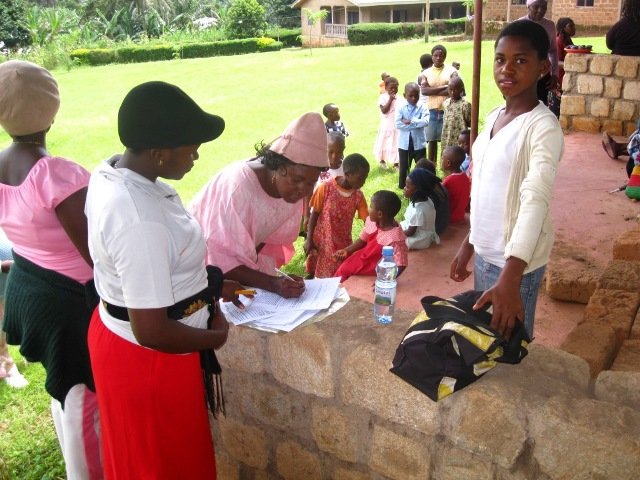 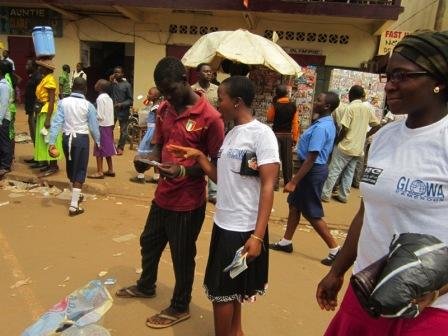 The goal of the project is to facilitate the economic integration of survivors of child trafficking through a microenterprise development scheme. The implementation of the scheme should eventually create opportunities for development of other life skills for survivors. During the period under review we worked with the following program participants to identify their domains of interest. While we are still working on the business plans of others, partial investment capital loan were granted to three of the five participants:-

Ama (name changed) is a 24 years old survivor of sex trafficking who became infected with HIV in a brothel. Beside sexual exploitation, she also pick-pocketed for her slaver. She was a wedlock child who was never adopted by her mother’s husband and never had any formal primary education. She was never recognized by her father. The only close family she has is her maternal grandmother.

Ama desperately needs a source of income to ensure she continues to take her HIV treatment and treat other opportunistic infections. She has identified petty trading to sell vegetable and related items.

Eve (name chaned) is a survivor of child forced marriage and mother of four children and is separated with her “husband”. She is determined to educate her children beyond the primary education which she had. She believes in the power of girl’s education as the only tool that can stop children from being married off to older men.

During the years she spent with the father of her children, she leant to prepare most of the traditional dishes of the North West Region of Cameroon because he loved good food. Today Ivolyn is an excellent cook and specialist in some of the typical traditional dishes of the region. Our program is supporting her to operate a roadside mobile restaurant. She is the first beneficiary of the Interest Free Loan scheme of the project and hopes to own a modern restaurant one day and employing qualified modern chef to manage it and also learn how to prepare modern dishes from her employees.

Wily (name changed) is a 17 years old primary school dropout. She is an unaccompanied internally displaced child of the Anglophone crisis in Cameroon. As a child IDP without a primary school leaving certificate, she has opted to be trained to sewing.

Because the conditions that caused her displacement still prevails, she prefers vocational training but still hopes to go back to school after the conflict. There is the option of adult education or self-sponsored formal education available for her

In respond to this desire, GLOWA is supporting her to acquire marketable skills in sewing. She is also benefiting from a pilot community shelter program presently being developed by GLOWA

Nah (name changed) is a 19 years old survivor of domestic servitude who was many times abused by a relative of her employer. She is married to a commercial motor bike rider and mother of two beautiful girls.

She is a trained seamstress. Our FollowCare Program is supporting her to set-up a sewing business. Like other participants, she is also undergoing psychosocial therapy to help her heal the scars of childhood abuse.

While benefiting from a business mentorship in sewing, Nah wants to give back to her community by training rescued victims in sewing.

This 23-year-old self-sponsoring college graduate is undoubtedly one of the most educated survivor of childhood abuses that is a participant of a GLOWA program. Unfortunately, the high youth unemployment rate and corruption makes it difficult for young women like Chan who do not know influential people in high offices to find a job. Like most survivors, she still lacks self-confidence despite her educational level. She is a mother of a very handsome two years old boy

GLOWA is supporting her to develop a backyard poultry farm. She aspires in the long term to develop it into a commercial poultry farm, while her short-term objective is to build a financial based that can qualify her for an investment loan from a bank.

With increased funds, our program intends to fully support the identified income generating activities while identifying other participants of the project.

With four business plans and one identified vocational training options in place, GLOWA has started with granting two partial interest free loans for the implementation of the project ideas to Eve for roadside restaurant and for Wily for Sewing.

During the period, we identified an established poultry farmer and placed our beneficiary with him for skills transfer. The process which is programed to last eight weeks is in the sixth week now. We hope to begin supporting this back-yard poultry farm with available means soon.

Of the five envisaged interest free micro loans for this quarter, three partial loans have been granted as follows.

Donating through GlobalGiving is safe, secure, and easy with many payment options to choose from. View other ways to donate
Global Welfare Association (GLOWA) has earned this recognition on GlobalGiving:

GlobalGiving
Guarantee
Donate https://www.globalgiving.org/dy/cart/view/gg.html?cmd=addItem&projid=47096&rf=microdata&frequency=ONCE&amount=25
Please Note
WARNING: Javascript is currently disabled or is not available in your browser. GlobalGiving makes extensive use of Javascript and will not function properly with Javascript disabled. Please enable Javascript and refresh this page.