Steering 500 Women Away from Prostitution, Mumbai 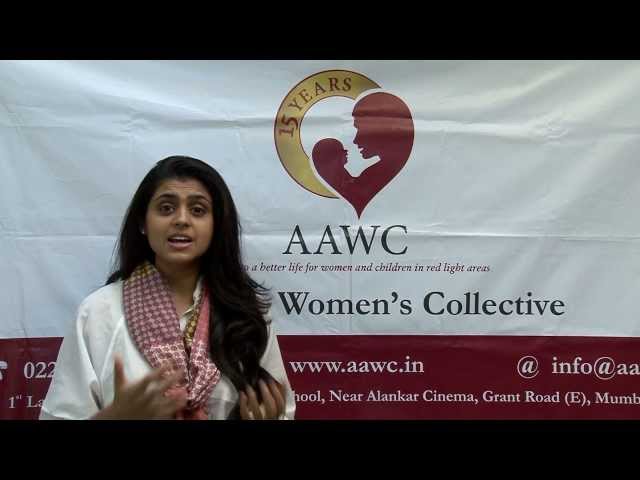 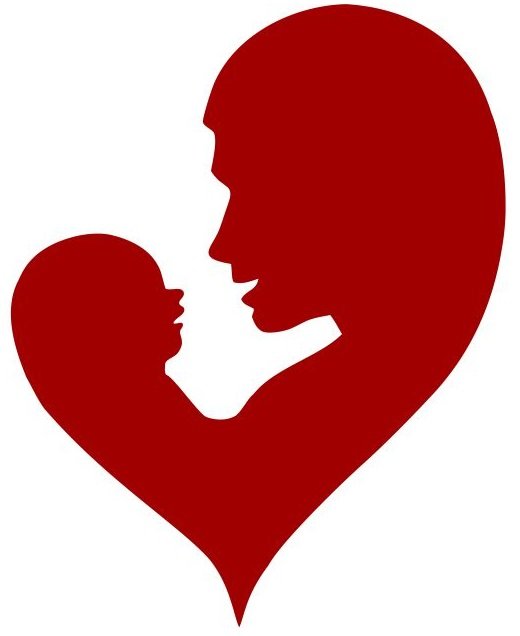 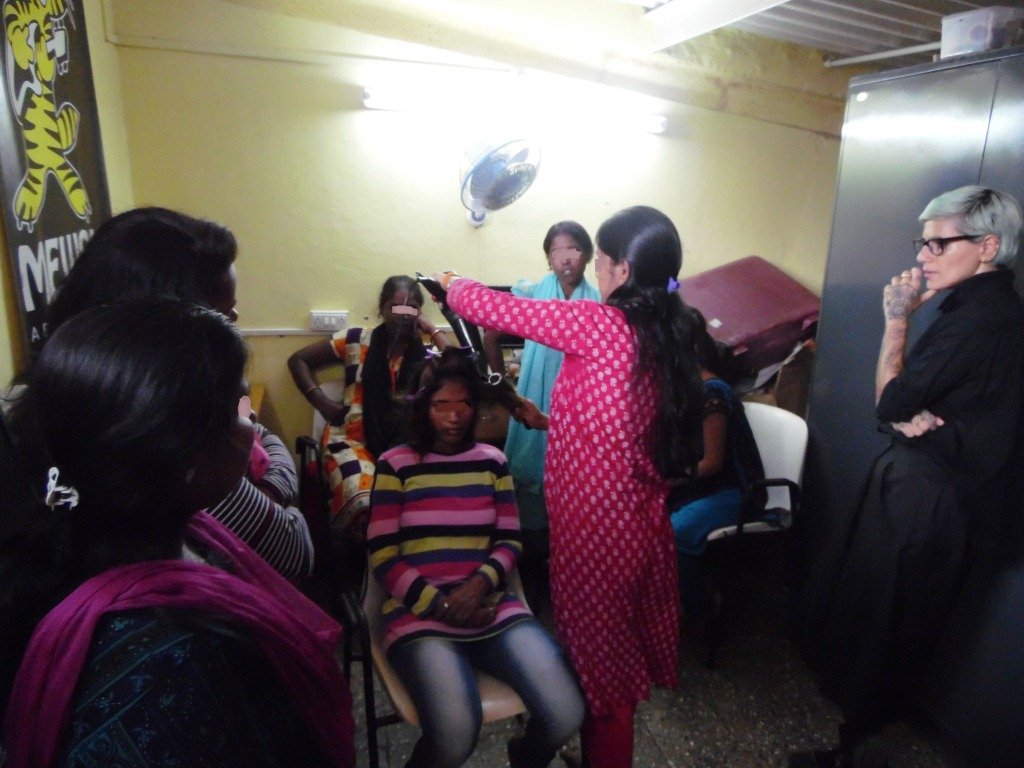 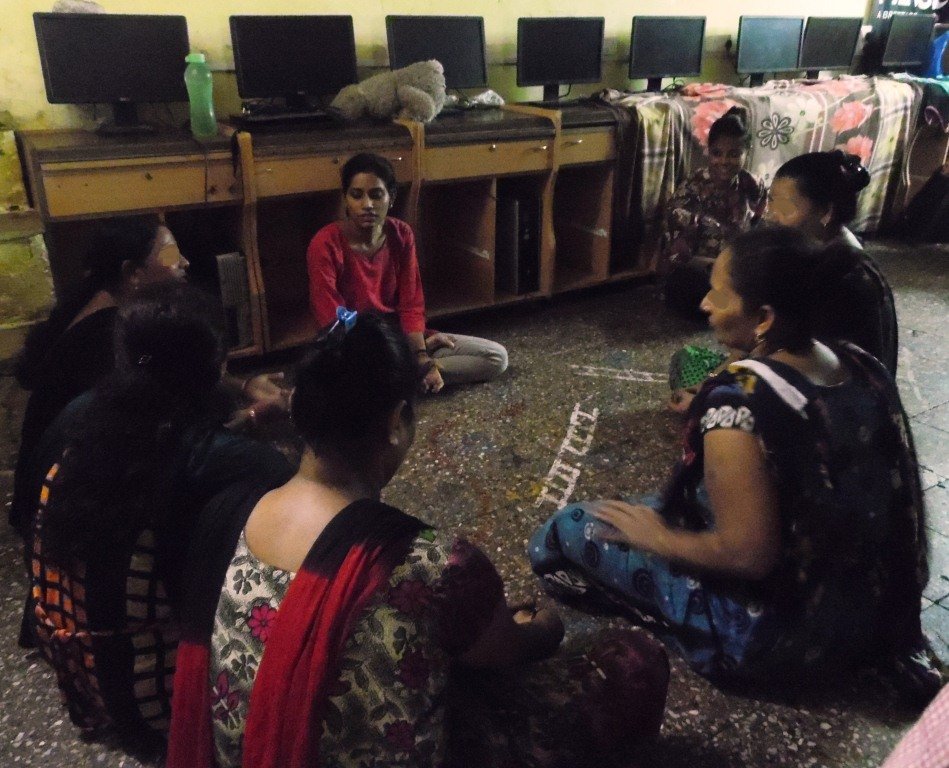 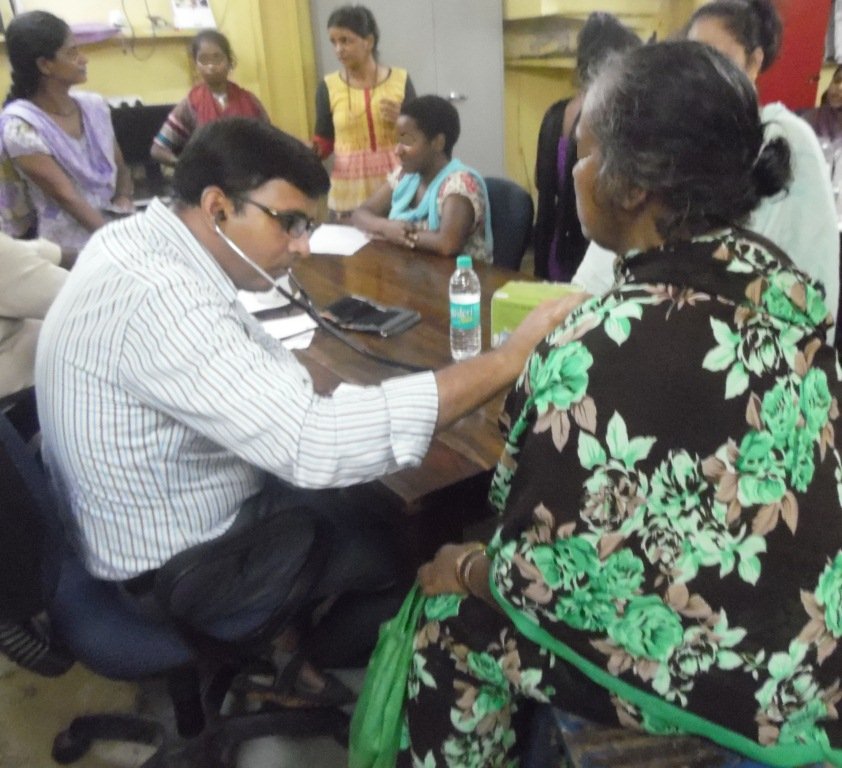 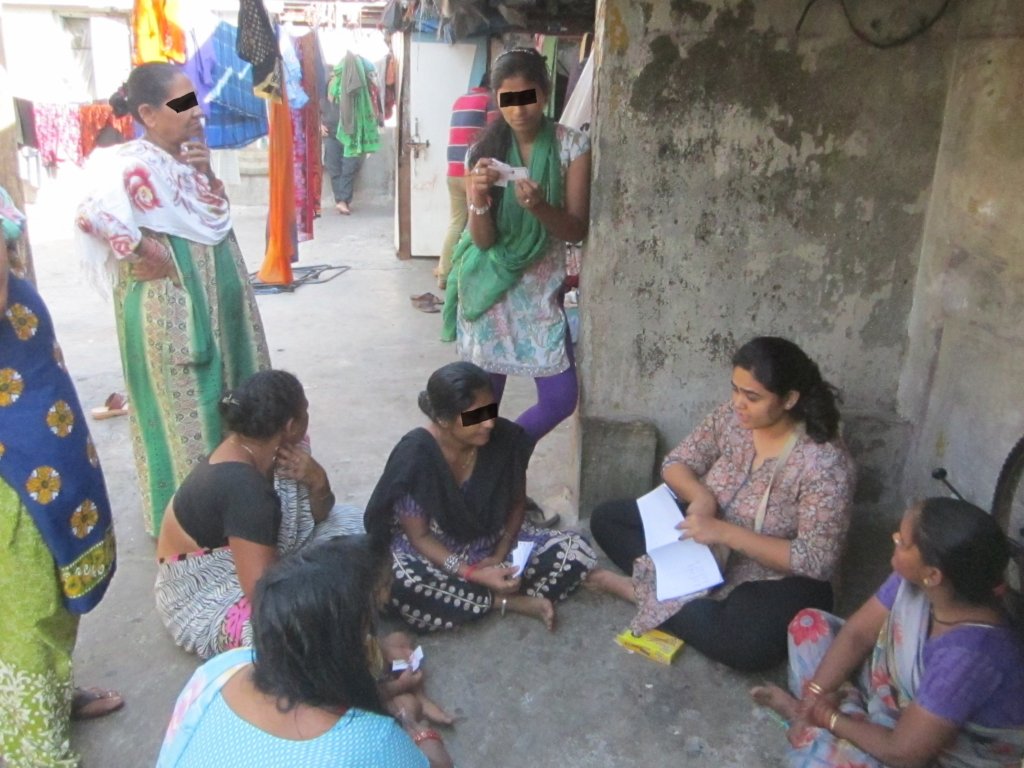 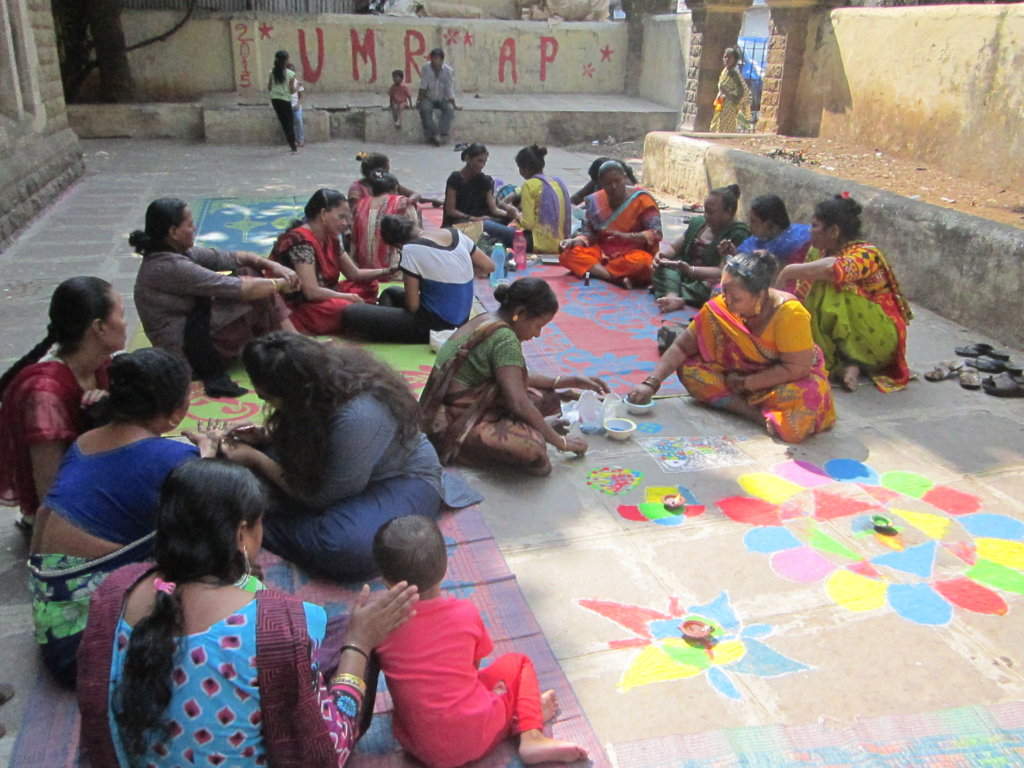 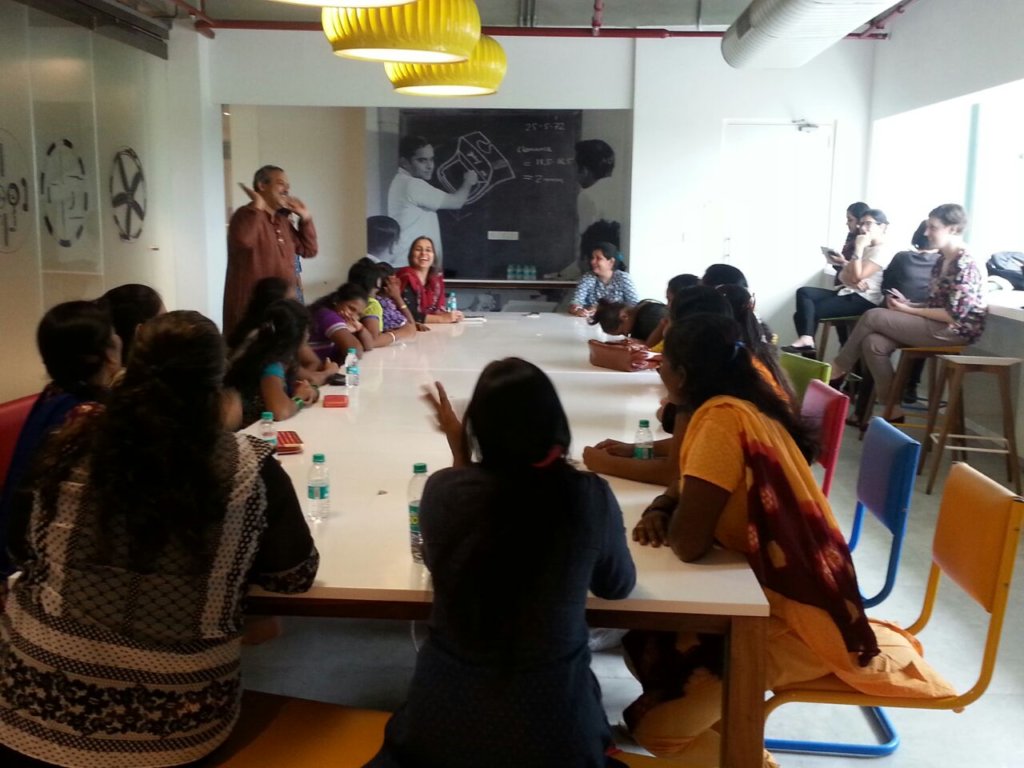 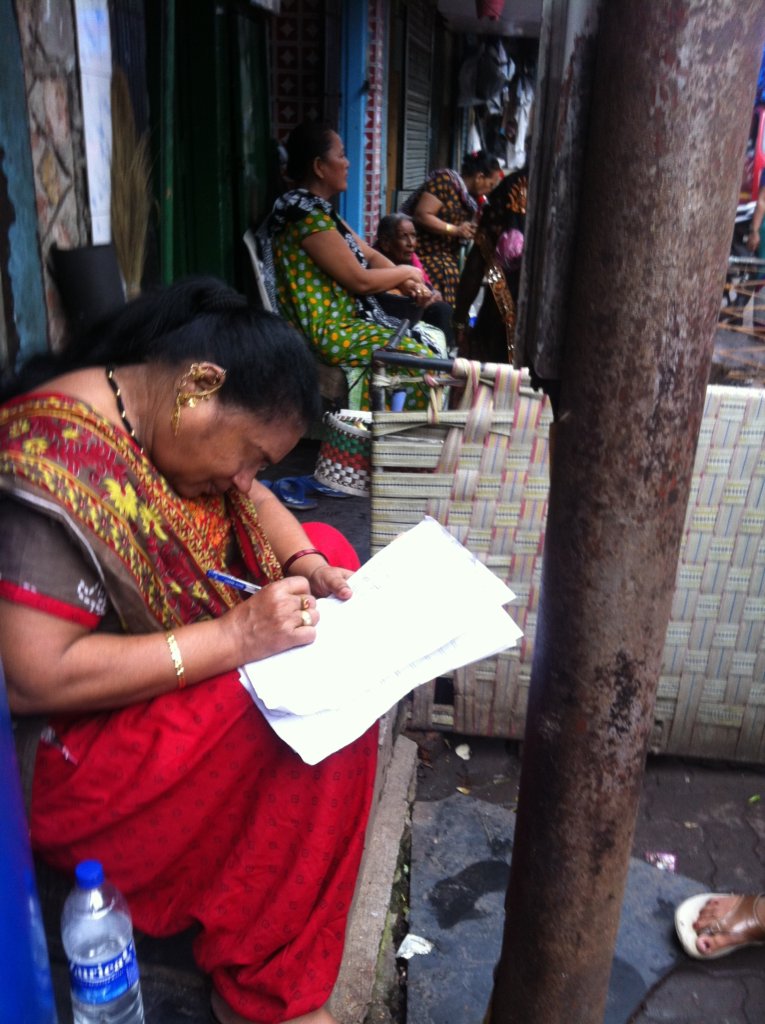 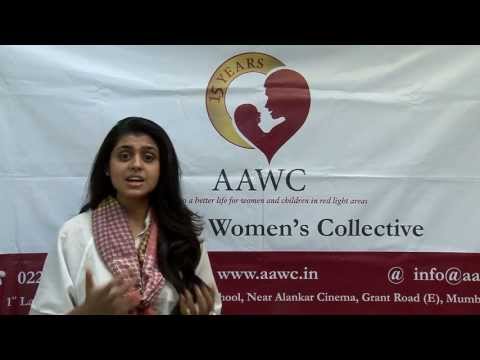 Congratulations! your funds empowered a women 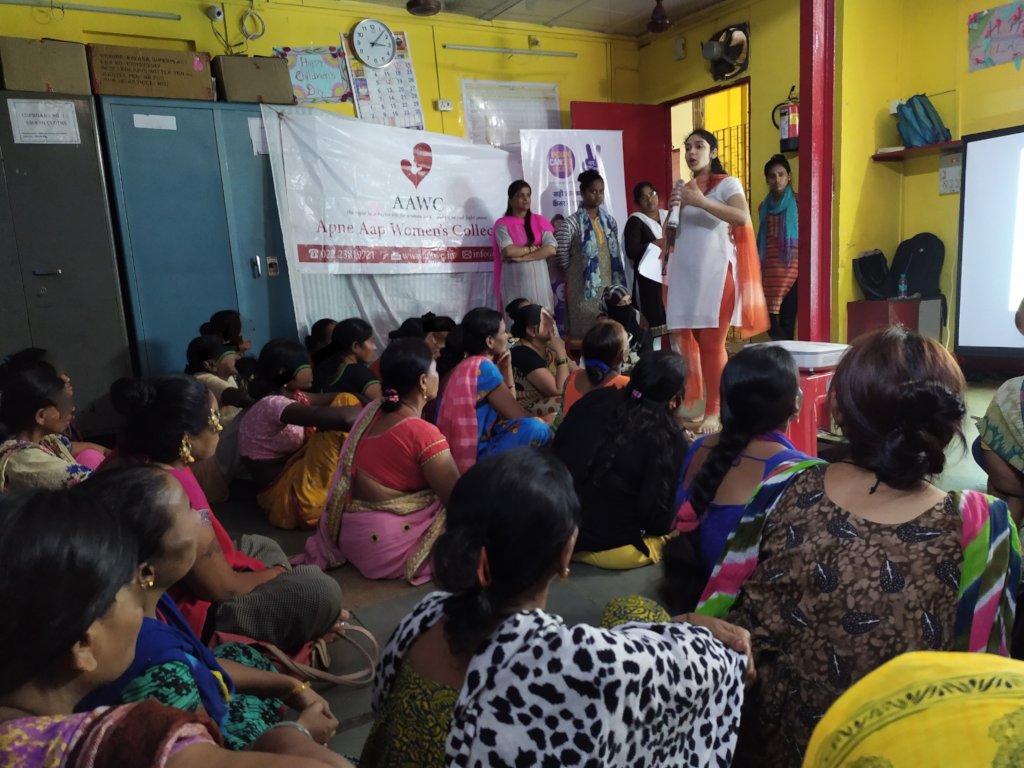 Reema* when new to the community did not know any language apart from Bhojpuri which was the biggest challenge for her. Due to the language barrier she was unable to understand anything which hindered the outreach worker to help her out with making of her identification documents but due to continued effort and constant follow up thorough and easy explanation of the process Radhika was able to overcome the challenge and was able to make her identification documents by herself due to instilled confidence and clarity of the process. Radhika currently is developed as a whole different individual very confident and independent of doing all the processes by herself.

The outreach team along with field visit are also involved in follow up and networking process. The follow up are constantly conducted of boarding homes where the beneficiaries are placed in order to track their progress, solve any issues that arise between the home and beneficiary and also initiate parents meeting with their children in the stipulated time frame provided by the home.

The outreach workers continue their networking process with police, hospitals, other organizations etc. The networking is also done with organizations wherein an activity has to be conducted in collaboration such as during this quarter networking had to be conducted with Lions club and Cancer society for dusherra celebration and awareness among beneficiaries with regards to type of cancer and treatment.

It has been observed that there is a growing interest of learning among the women beneficiaries wherein they upfront come to the outreach workers stating they would want to learn English or asking for additional sheets to practice. They are even willing to come to the center to study/practice in their free time which clearly defines their interest in learning.

They have learnt that through education a lot of processes such as making of identity documents, opening of saving accounts etc become easier. They have realized how knowing of numbers have helped the beneficiaries in utilizing their mobile phones, reading the clock as well as helped them in their vocational training class of fashion designing.

The beneficiaries enrolled in adult literacy are now able to develop healthy behaviour, ethics and manners which is visible in their respectful behaviour towards the outreach workers as they realize that teachers who impart education or teach something should always be respected.

Financial literacy is an important aspect of education for the women beneficiaries as it teaches them and makes them aware about saving and opening of bank account. Initially the beneficiaries in the area were not open to the idea of opening a bank account or even a post office account but due to constant follow up and reiterating the importance of holding a bank savings account the beneficiaries have slowly started grasping the entire idea. Beneficiaries state that before knowing the process of opening a bank account they use to send money through a person belonging to their village and would not know whether the amount is reaching home but after holding an account the possibility of being financially exploited has reduced. Financial Literacy has helped beneficiaries realize the true value of money and importance of saving.

This has been noticed as regular weight measurement is undertaken by the ORW to keep a check on their wellbeing.

General health camp was conducted in collaboration with Health Department of BMC E ward. The doctors had come for check-ups along with medicine it was observed that the beneficiaries were not hesitant to tell the health issues they were facing such as skin infection, headache etc. The beneficiaries were checked and were prescribed medicines according to the issues they were facing. In the general health camp, the ORW distributed condoms to the beneficiaries to spread awareness about importance of using a condom to protect themselves from acquired diseases due to the nature of their work.

General medical camp was conducted in the Falkland road center in collaboration with Lion’s Club of Bombay Crescent- health Clinic. The doctors conducted a thorough examination of the beneficiaries and prescribed medicines. Umeed beneficiaries found it the camp useful as they shared that for normal health issues they can’t afford to go to government hospitals, hence coming here at the centre is much easy.

Monthly meeting was conducted in which cancer awareness was given in collaboration with the Indian cancer society. During the session beneficiaries were told about types of cancers, causes, prevention and effect on the self and family due to such health issues.Majority of beneficiaries understood the gravity of a disease like cancer and how important it is to get it detected at an early stage hence many beneficiaries asked about further check-up and the name of the hospitals for such treatment.

At the occasion of World Aids Day, the outreach workers conducted area activity to spread awareness about HIV/AIDS through varied slogans display of placards that reflected the importance of getting HIV testing done. Through a street play they showed the impact of HIV along with its preventions and also highlighted on the myths attached with a patient suffering from HIV/ AIDS.

AAWC understands that women in the red light districts go through both mental and physical traumas, and hence it is imperative to support them through our mental-health assistance. Mental health assistance which involves regular counseling and therapy sessions with all of our women beneficiaries. Most of our counseling happens on the field, while therapy sessions take place on individual and group basis at our centers.

The impact of the counselling session is either visible in long term or in the short term where in its noticed that the beneficiaries liked to be heard when they share their issues or pour out their emotions. This gives them a sense of security as well as helps them built their trust on us. by someone they listen while they are explained or consoled.

Some of the beneficiaries regularly require moral boosting and follow up in order to maintain their health and take precautions.

The major challenge faced during counselling is space constraint as the beneficiaries are not comfortable to share everything in front of everyone which sometime tends to hinder the process.

Tailoring session of the beneficiaries are ongoing. It has been observed that the beneficiaries are regular in the session and are dedicated to learn which is seen as they come early for the class and also practice whatever is being taught at the center as well as their home during their free hour.

Beneficiaries are being placed in different job opportunities such as bag making, house help, Shopkeeper assistance etc. which is a sign of beneficiaries taking step towards quitting their profession and walking on the path towards a dignified life.

The beneficiaries were also provided with awareness in regards to the govt scheme for provision of Gas cylindersPradhan Mantri Ujwala Yojna and importance of holding of ration card for the availing of the scheme.

This quarter a session was conducted with the beneficiaries wherein they were explained how superstitious belief can be created which may be by utilization of certain tricks. The beneficiaries were made to realize that it is always better to belief in science and logic rather than having faith in superstitious belief and blindly following an impersonator who can trick them and exploit them on the basis of their belief easily.

For recreation purposes the various festivals are celebrated with the beneficiaries to provide them with an environment wherein the forget all the stress that they face due to their erratic lifestyle.

This quarter Diwali celebration was done in collaboration with Lions club.The Lion's Club team members Interacted with beneficiary’s present told them about the festival. The celebration happened in a good way and The beneficiaries were presented with Diwali gifts which gave Umeed beneficiaries immense happiness.

The beneficiaries were taken for annual picnic to Nasik Shri Trimbakeshwar temple. The beneficiaries spend a relaxing time and enjoyed the meals that were provided. They enjoyed all through the journey as well. The entire day was fun filled and gave them an opportunity to venture out of the area leaving all the worries behind.

The training was conducted with staff along with support staff in order to develop their knowledge and sensitivity among staff members about POCSO Act. The session was interactive, provided an open platform for the participants to raise doubts. The staff members learnt about signs that are to kept an eye upon for identifying a victim of sexual abuse. They also gained knowledge of the law that is in place for protection of children against sexual abuse.

The training was conducted by Adrian sir to explain the staff how a crisis can be managed and importance of work ownership. Through this training session the Staff learned about the importance of being alert and proactive and through the group activities staff realized that trust is the most important thing while working in the team.  Discussion with regards to attributes of a good leader was also done. 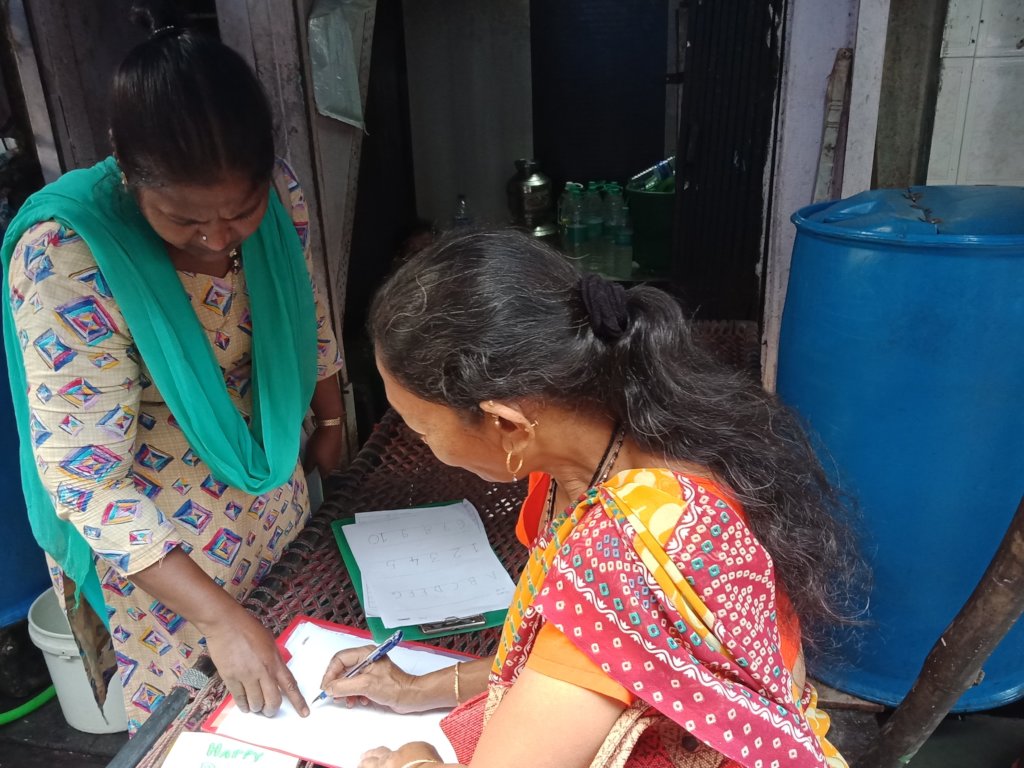 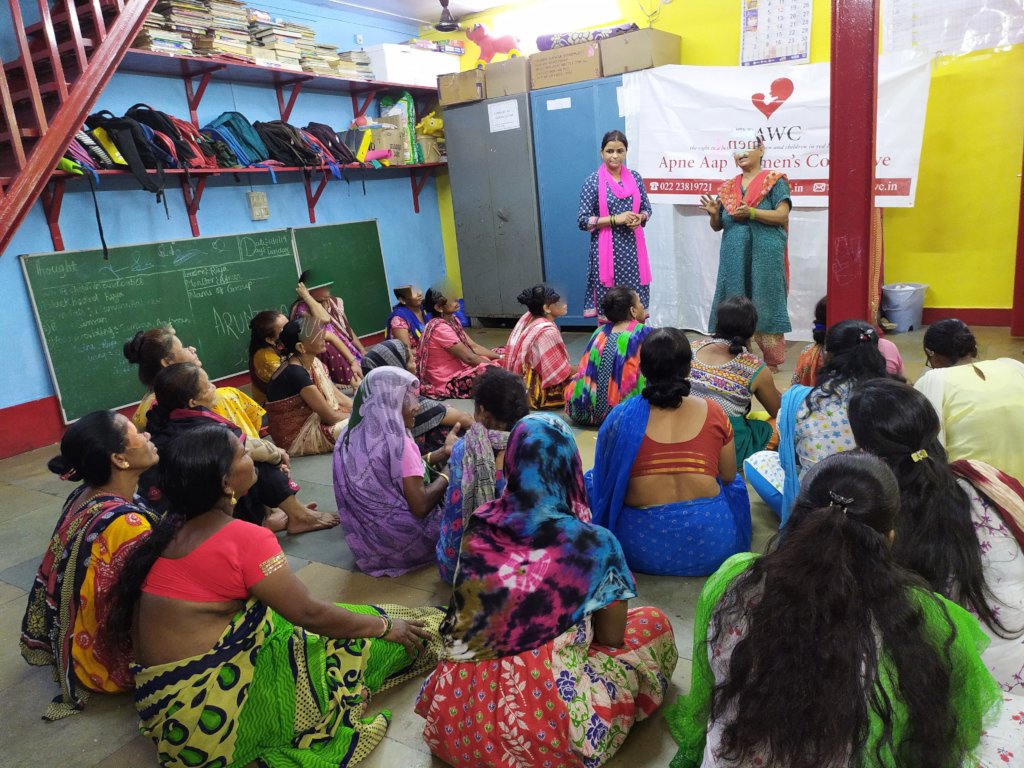 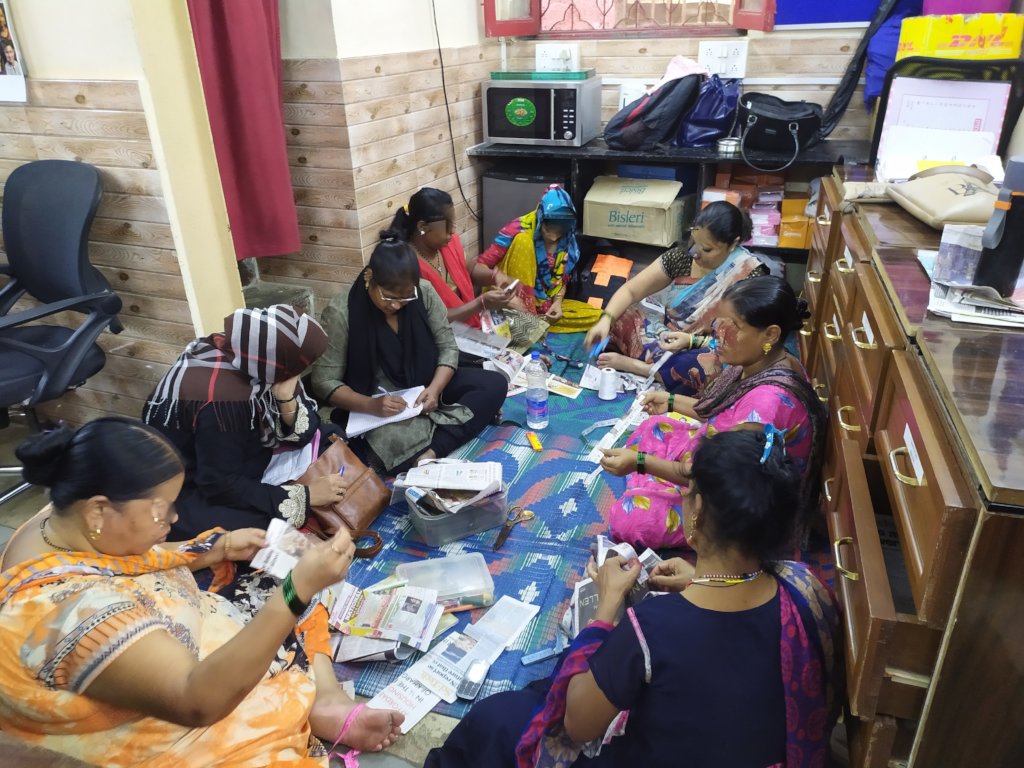 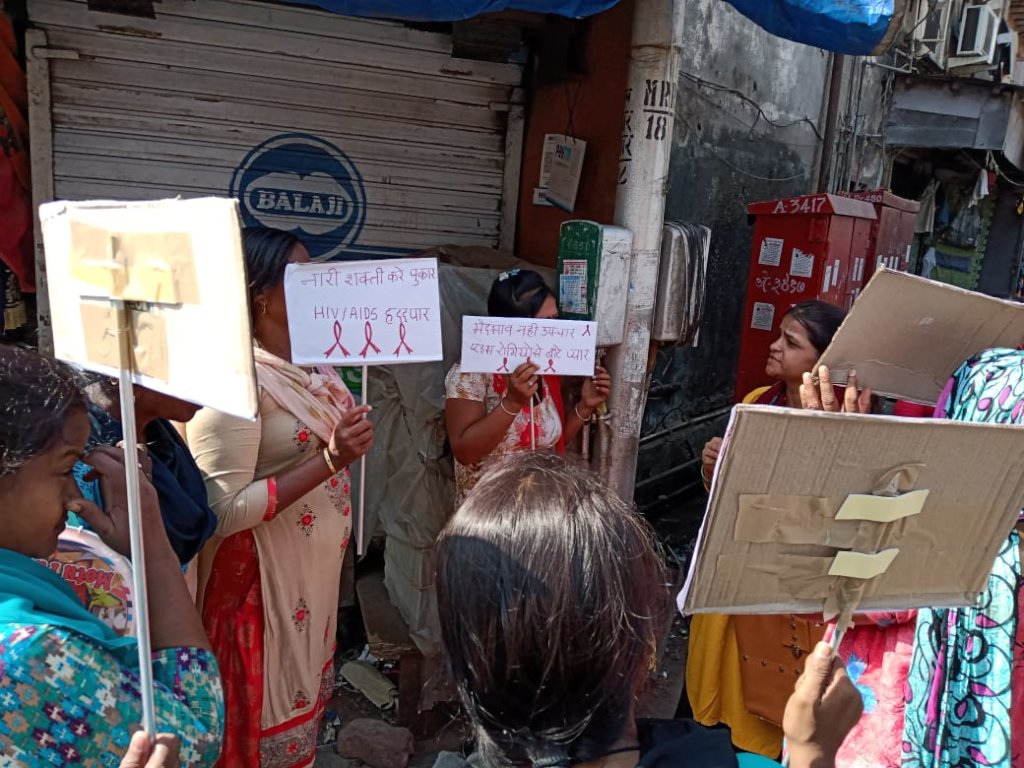 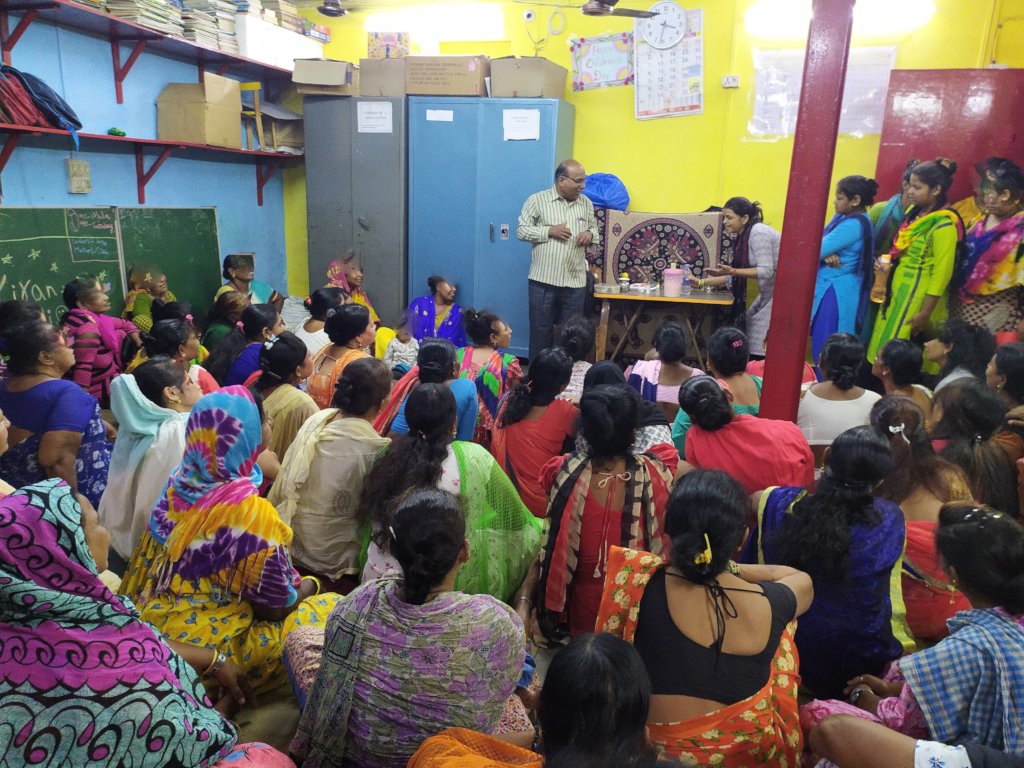 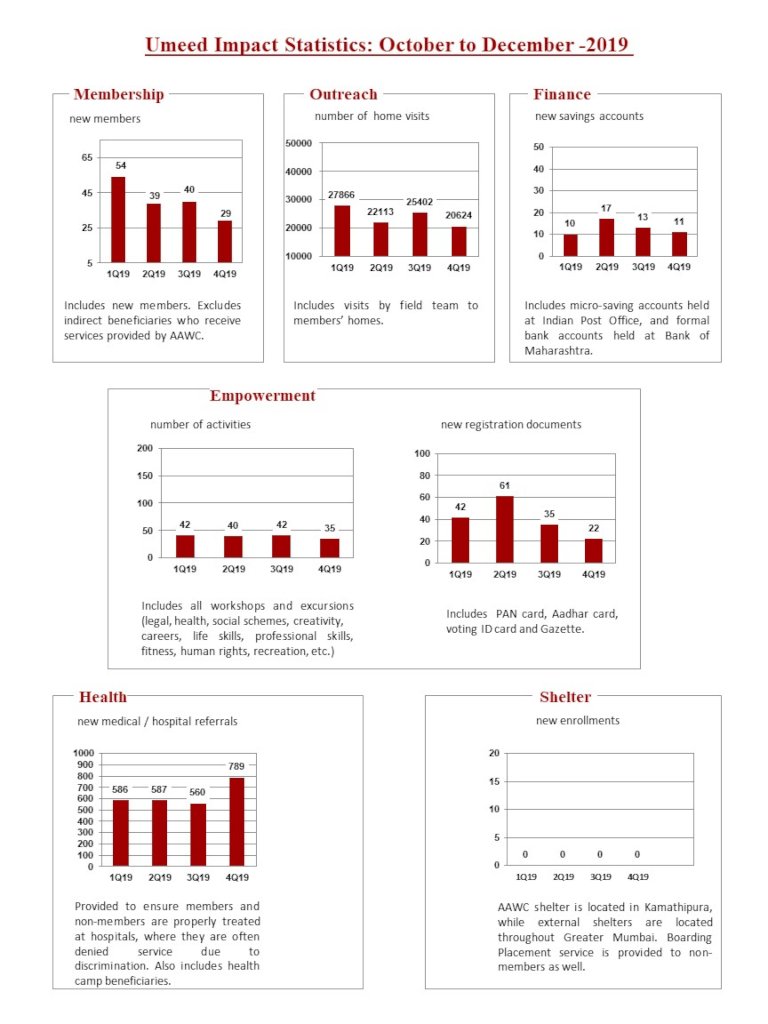 GlobalGiving
Guarantee
Donate https://www.globalgiving.org/dy/cart/view/gg.html?cmd=addItem&projid=26006&rf=microdata&frequency=ONCE&amount=25
Please Note
WARNING: Javascript is currently disabled or is not available in your browser. GlobalGiving makes extensive use of Javascript and will not function properly with Javascript disabled. Please enable Javascript and refresh this page.