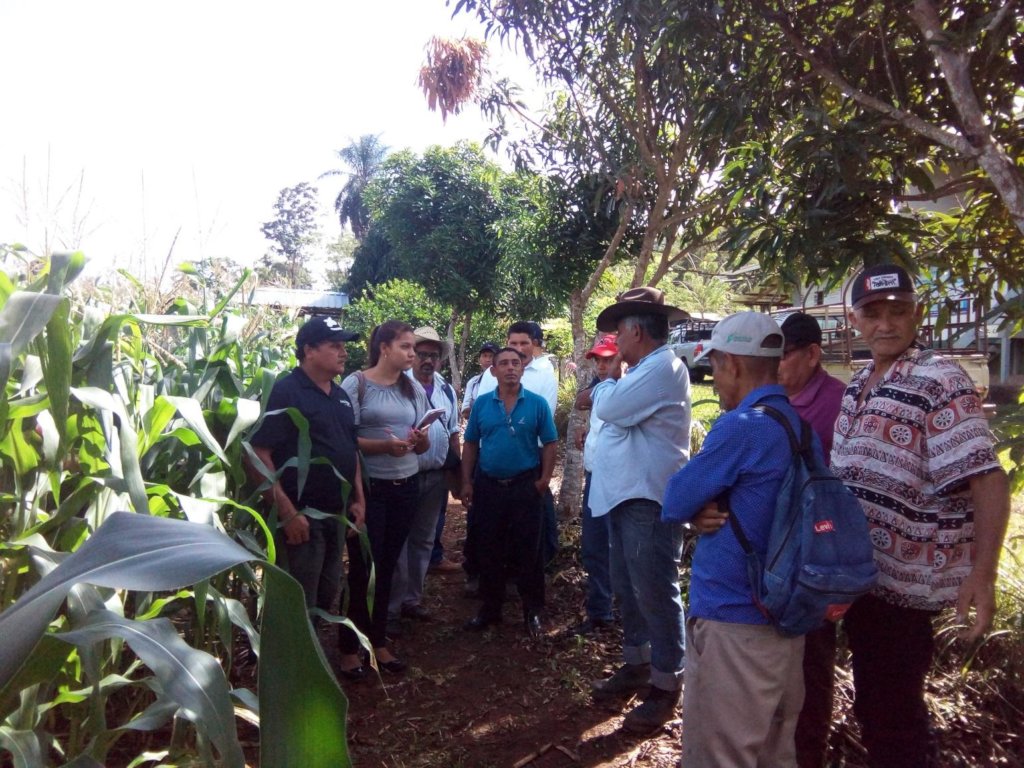 Technification, innovation, invention or topological designs ... whatever it may be, the goal is always to reach the highest yield of corn production per manzana or hectare of land, knowing that our farmers are poor and their yield is less than 20 quintales (approximately 100 pounds) of corn per manzana (1.7 acres). We as farmers, decide whether to apply or not to apply fertilizers, whether or not to use improved varieties, and decide whether we will use hybrids or local maize.

Every farmer wants to reach the maximum yield of corn per manzana. Some have asked me, “How much do I need to invest to reach the maximum corn production in a manzana or hectare?” If this farmer is asking me this question, I know that means that most visitors to the "Fred W. Strohbehn" Experimental Station want to know how we can get the highest yields. This is why I chose to write to you about our exciting new program using “Double Groove Corn” technology

The "Double Groove Corn" technology is our own invention, that is to say, that here at the "Fred W. Strohbehn" Experimental Station of Self-Help International we started designing how to introduce 12 corn plants in a linear meter, to obtain a population density of 12 plants per meter and 120 thousand plants per hectare. We researched how close we could plant the INTA-Nutrader variety (a specific cornseed), using the results we received from a previous simple row sowings experiment where we planted 10 centimeters between the plants and produced medium and small ears. With the simple row sowings experiment, we were not sure that the production was the best way to conduct our experiment.

One of Self-Help’s experienced producers, and my long-time partner, Alfredo,  pioneered the experimentation and application of the technology "Double Groove Maize" here at the Strohbehn training center. He counted the plants and cobs to calculate the yield of his corn in about 7 tons of commercial corn, very distant from the traditional yields of 2.5 tons (50 quintales of traditional yield), which reaches in its land with technification, application of conventional fertilizers and a careful care, investing a lot of family and paid labor, an investment that amounts to more than $15,000 Córdobas ($500 USD).

According to Alfredo and his experiences as a farmer, "The producer saves land, labor and money, when he no longer needs to plant two, three or five manzanas, with one or two well sown with the double corn technique.”

When a farmer is given an improved variety and certified seed, we are already helping them obtain 30% of their yield, not accounting for any type of fertilizer that also may improve yields.

Farmers in the Rio San Juan area sometimes do not apply inputs and others only apply roughly 46% urea at most, once or twice between 20 and 40 days before flowering. As far as we know, fertilizers have to be applied according to the needs of the crop or the nutrient deficiencies identified in the soil, but our farmer does not pay for soil analysis, because his agriculture is nomadic or itinerant, that is, he returns to plant the same plot after two to three years and in some cases, even longer.

We select our herbicide based on what we have found in our land. In some areas the pressure of root pests is so strong that it makes the application of treatments to the seed more granular insecticides mandatory. While in other cases, we can save that second application. The worms are much more aggressive in tropical areas since their cycle is accelerated by heat. The fertilizers are ideally applied based on a soil analysis. In other soils, the nutrients or fertilizers to be more efficient, need a neutral pH. However, for purposes of estimating the profitability of the crop before planting, it is necessary to make some assumptions and estimates, so we decided to publish this article, presenting estimated costs to achieve 6 and 7 tons of corn grain per hectare.

In general, when designing the fertilizer plan to be used, we considered: first, that they were slow-release fertilizers high in phosphorus content (mono-ammonium phosphate: N-10, P-50, K-0), second, to compensate the subtraction of nitrogen for each ton of grain not applying 46% urea, but Ammonium Sulphate with Sulfur (N-21, P-0, K-0, S-24) and Ammonium Nitrate (N-34.5, P-0, K-0) and finally, Potassium Nitrate (N-0, P-0, K-60) to improve the quality of the ear and grain. They all act in what is called "Stay Green" or the "state of Always green" and are considered to accompany the process of maximum accumulation of dry matter, that is, maximum yield of corn. For a small farmer this investment is about 5 thousand córdobas ($167 USD), which will be recovered at the end of the harvest.

We have worked with families to use this “double groove corn” technology.  We found that after the investments in land, inputs, family labor and hired labor, tools and equipment, it can cost a family between $660 - $830 USD. However, the return with this applied technology results in roughly $1,153, even after family consumption. The economic return is greater, and the harvest ensures that the farmer can feed his family. On behalf of the SHI staff, we thank you for your continued support of our farmers.

***Matching opportunity: April 9 - 13***
GlobalGiving will match your gift of up to $50 at 50% as part of their "Little by Little" Campaign. That means that your gift of $50 will fund the inputs needed for a farmer to use the double groove maize technology that will allow him to ensure he can better feed his family.

Bonus: start a monthly recurring gift this week and it will be matched 100%! Act now to take advantage of making your impact go even further - this week only. 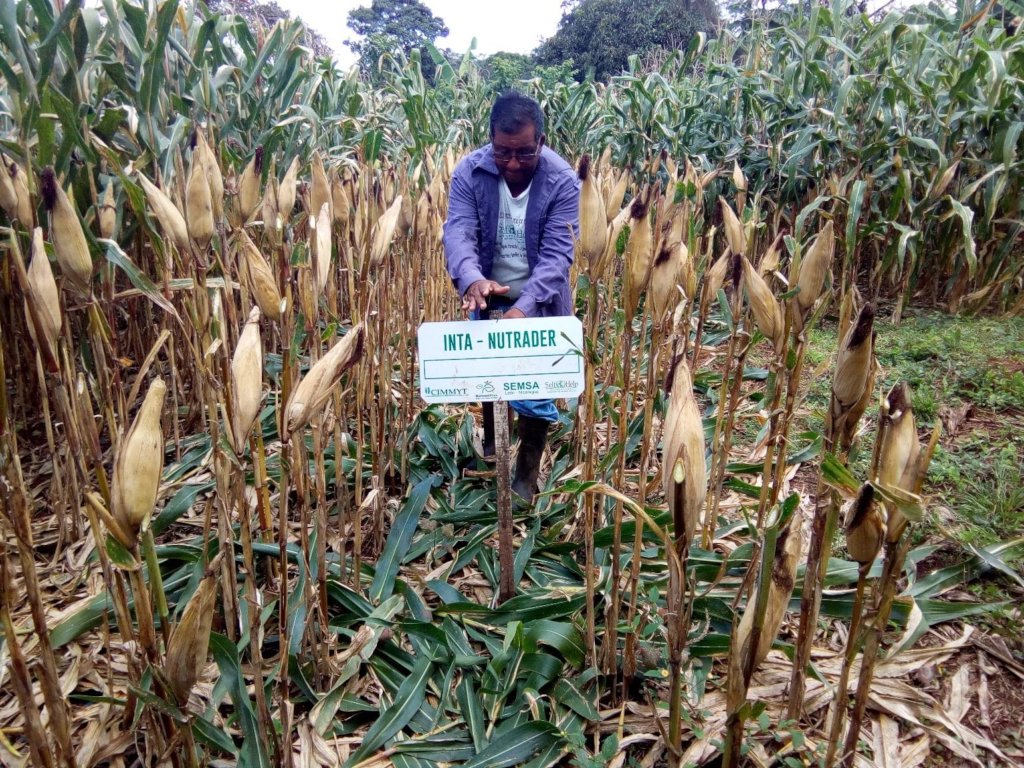 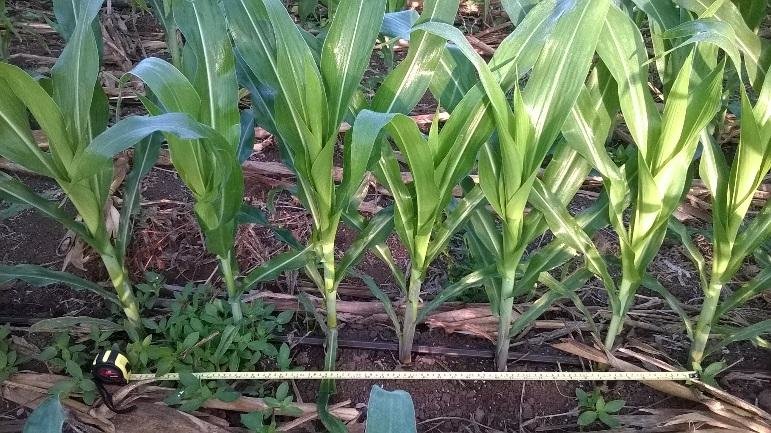 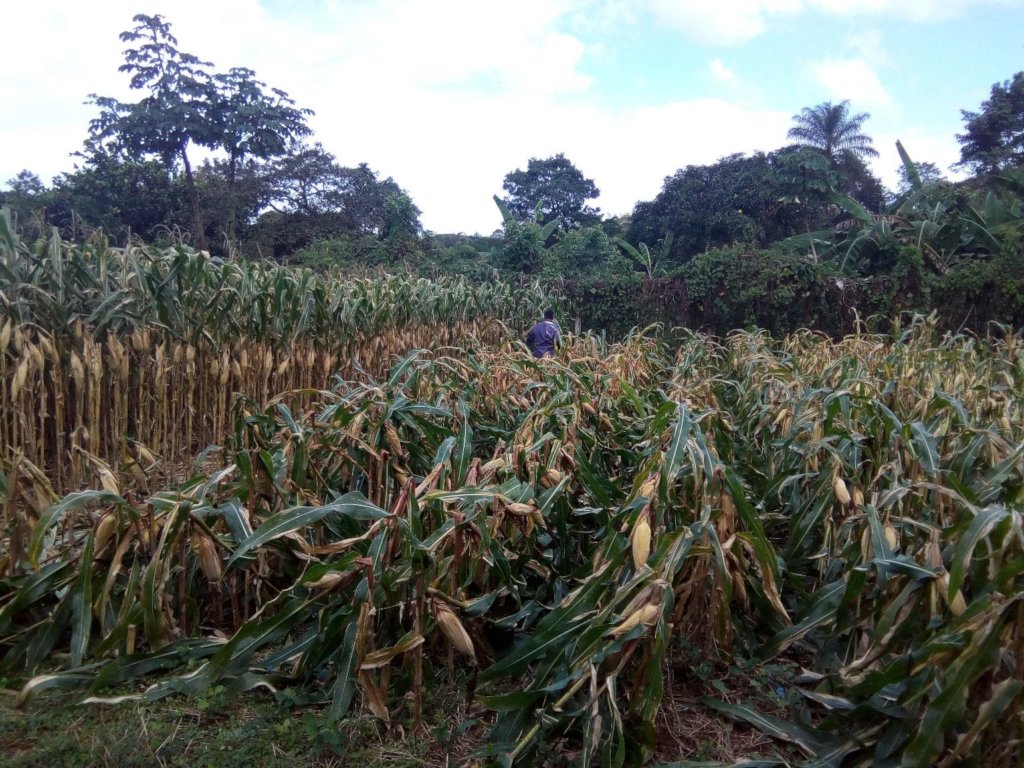 Project Leader:
Katie Seifert
Waverly, IA United States
$4,238 raised of $7,020 goal
You last donated to this project on
68 donations
$2,782 to go
* Amounts in US Dollars
Donate Now
Donate once
Donate monthly
$10
USD
provides seed to cultivate a half acre of Quality Protein Maize to improve family nutrition
›
$25
USD
will provide the plants and drip irrigation for 1 family to start up a home garden
›
$400
USD
Provides inputs and maintenance of the garden & maize demonstration plots for 2 month
›
$2,000
USD
Provides security & maintenance of the maize and bean experimental plots for one year
›