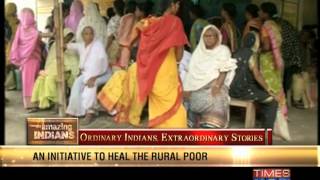 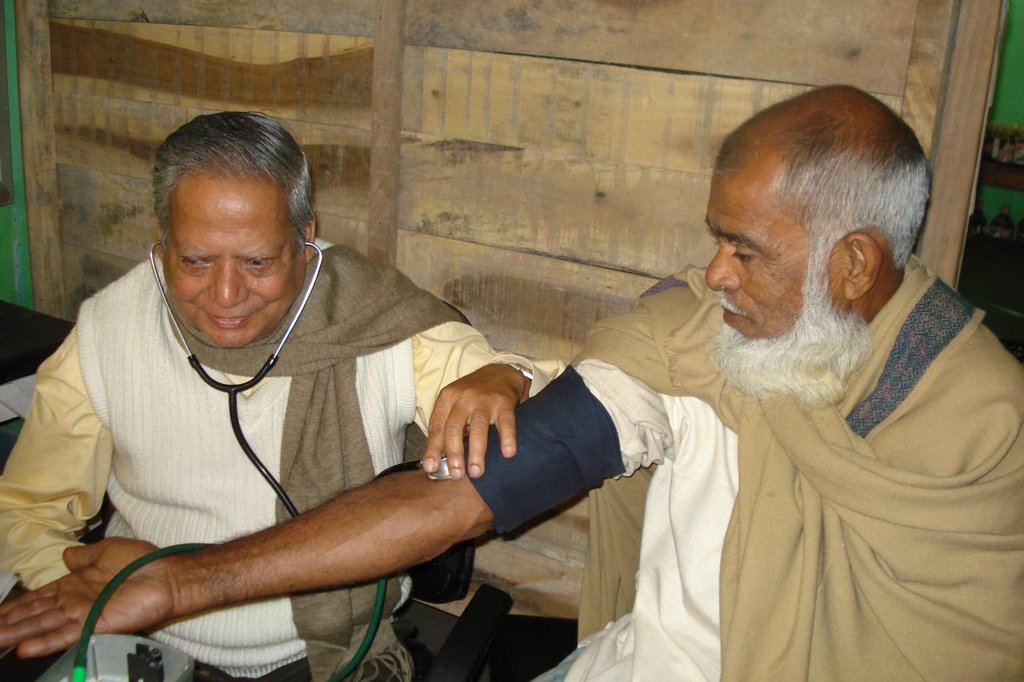 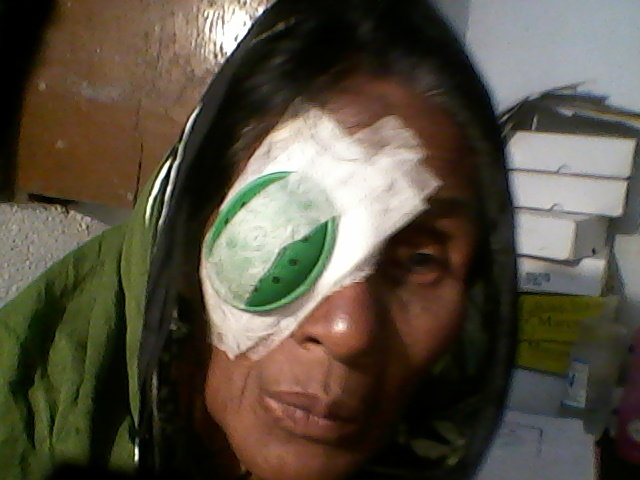 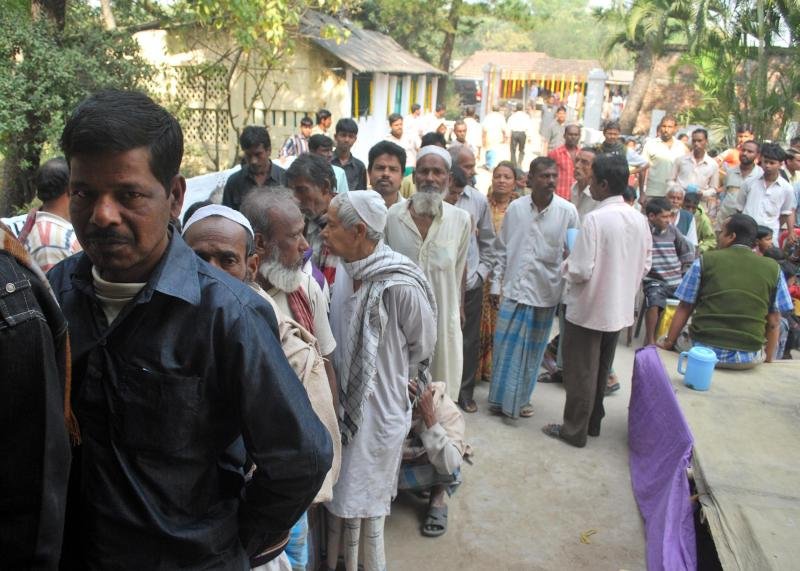 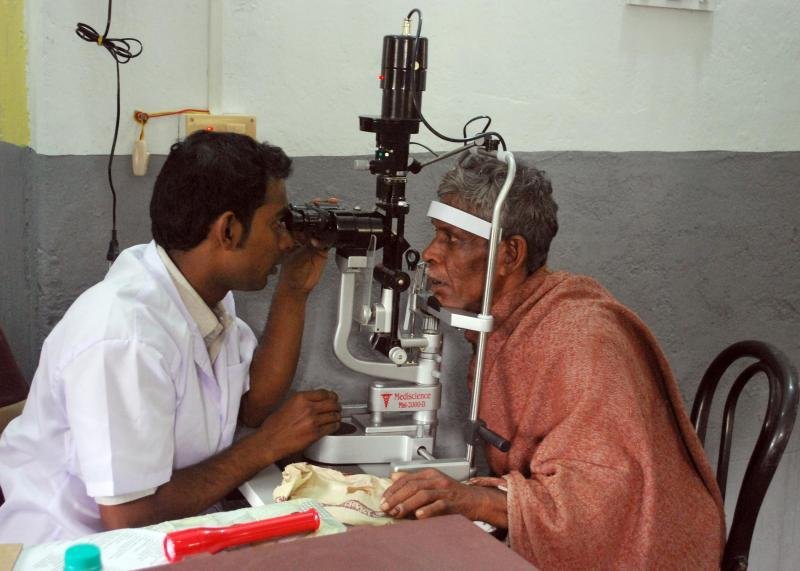 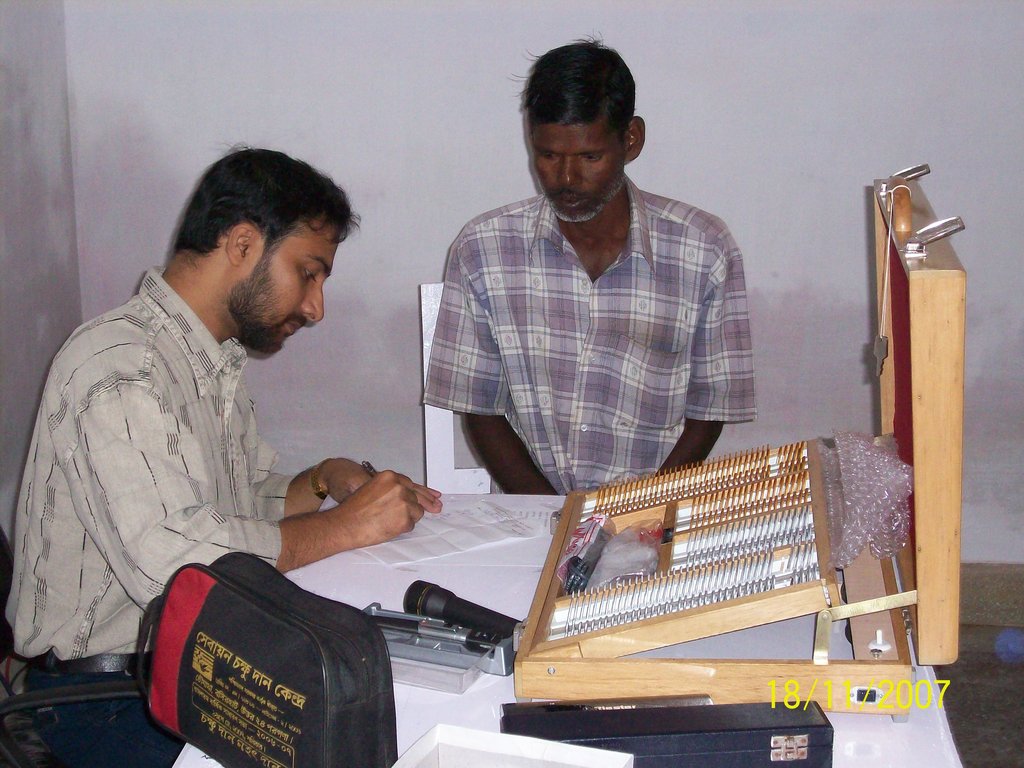 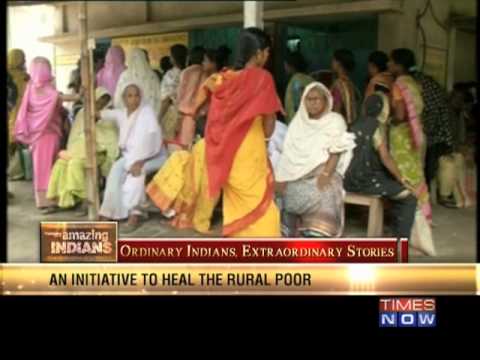 Little Sara and her relieved mother 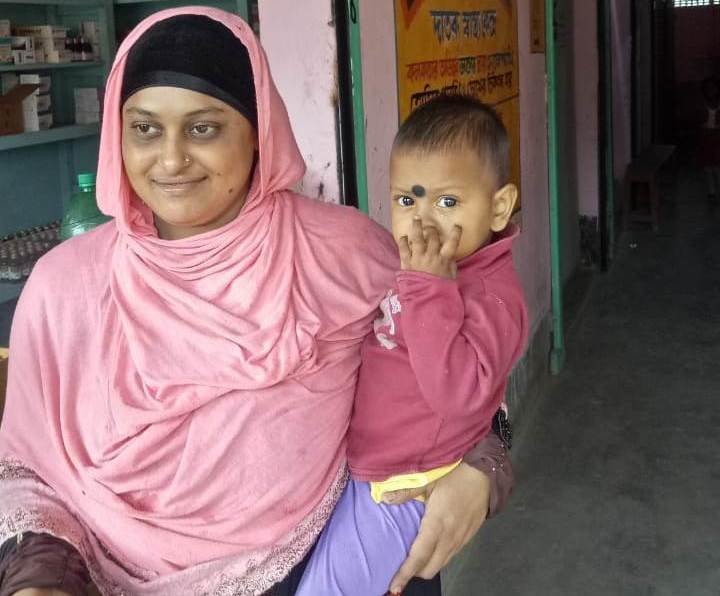 Little Sara is only a year and a half old but her big expressive eyes are filled with innocence and curiosity. Apple of her parents’ eyes, Sara’s wellbeing is always on their minds.

Sara’s hard working father is a daily labourer and her mother tries to manage their home with efficiency, despite their insufficient income. Like many families in rural areas, they struggle against poverty and impoverishment with hardship and hope.

The little one was brought to our centre when she developed fever. Her mother (in picture) was worried about her baby’s health. Our doctor checked her, attentively listened to the mother’s concerns, diagnosed her and prescribed her medications, which her mother then collected from our centre pharmacy for free.

Its normal for children to fall sick sometimes. However, with many rural areas deprived of basic medical facilities, a little cold and fever can worry parents. Many villages in West Bengal still don’t have access to good primary care. Parents with sick kids often travel long distances just to see a doctor, who is often unavailable or dismissive to their questions and concerns.

Our Jagatballavpur centre was set up only in November 2018, not very long before Sara was born. It helped her recover fast and become healthy again, especially at an age that is so important for a child’s development. The relief on her mother face was the reward we received for our efforts. She was happy. The doctor had listened to her, she had the medicines for little Sara and she could now go back home in no time – giving the unwell child the medicines and rest she needed. Donating through GlobalGiving is safe, secure, and easy with many payment options to choose from. View other ways to donate
Rural Health Care Foundation has earned this recognition on GlobalGiving:

GlobalGiving
Guarantee
Donate https://www.globalgiving.org/dy/cart/view/gg.html?cmd=addItem&projid=17005&rf=microdata&frequency=ONCE&amount=25
Please Note
WARNING: Javascript is currently disabled or is not available in your browser. GlobalGiving makes extensive use of Javascript and will not function properly with Javascript disabled. Please enable Javascript and refresh this page.