Economic Empowerment for 200 Women in Nicaragua 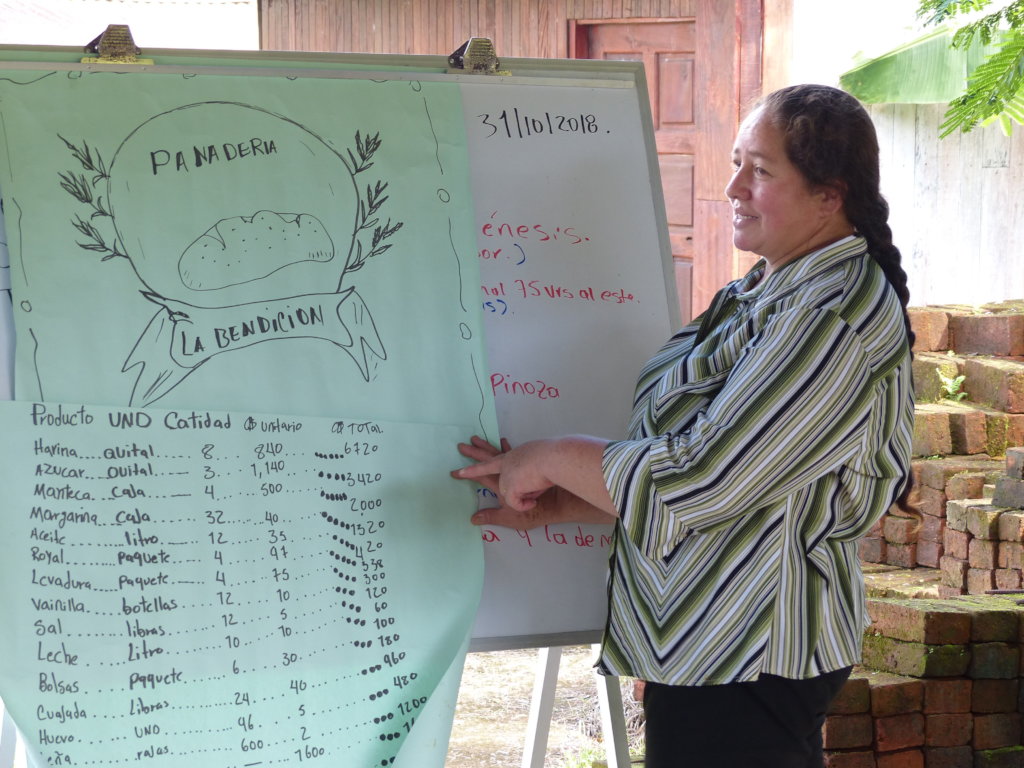 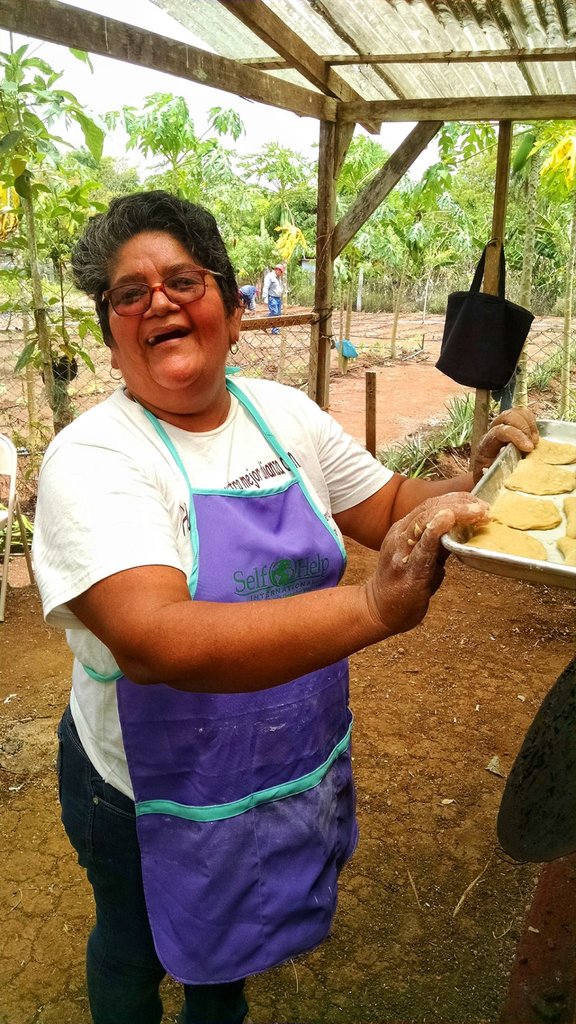 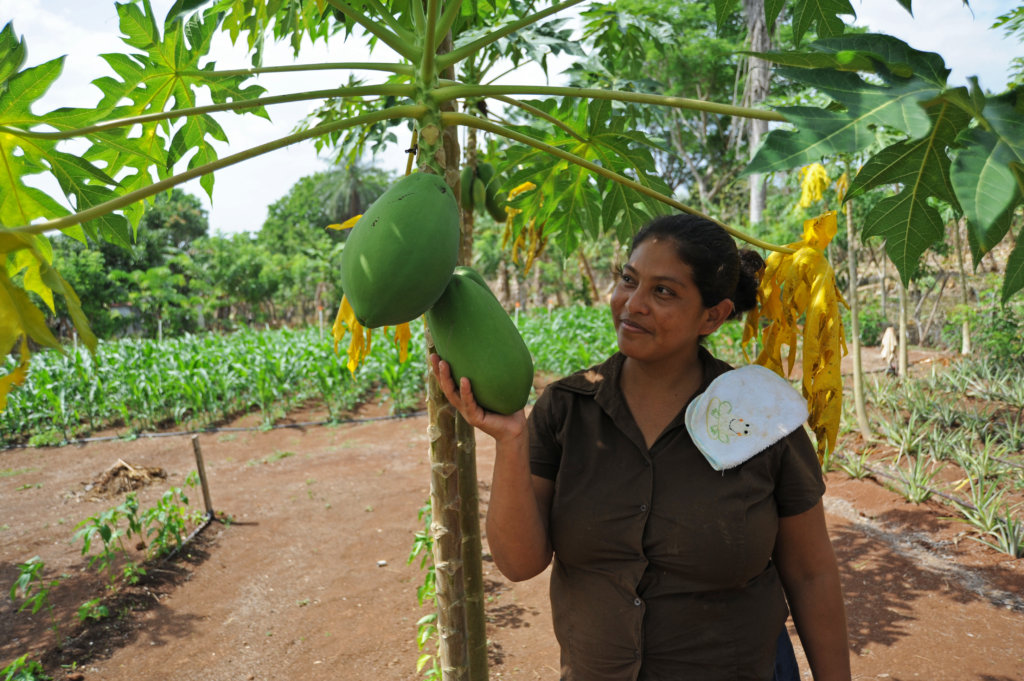 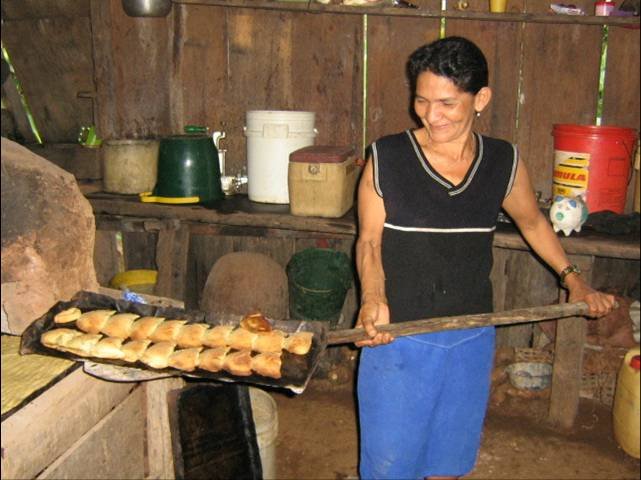 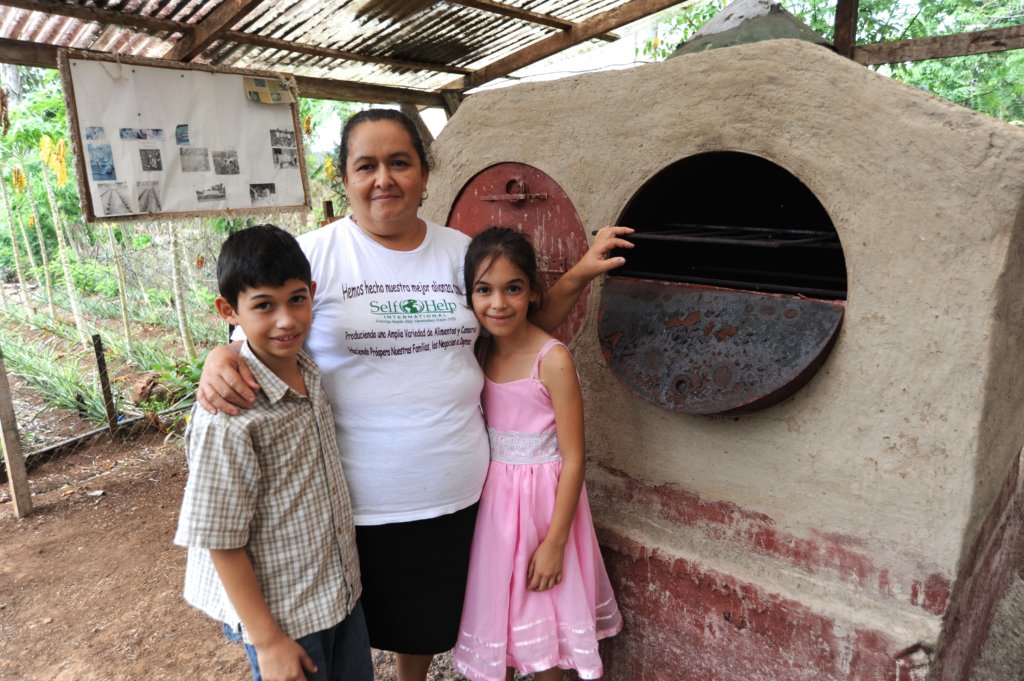 Engaging a Community through Stove Building 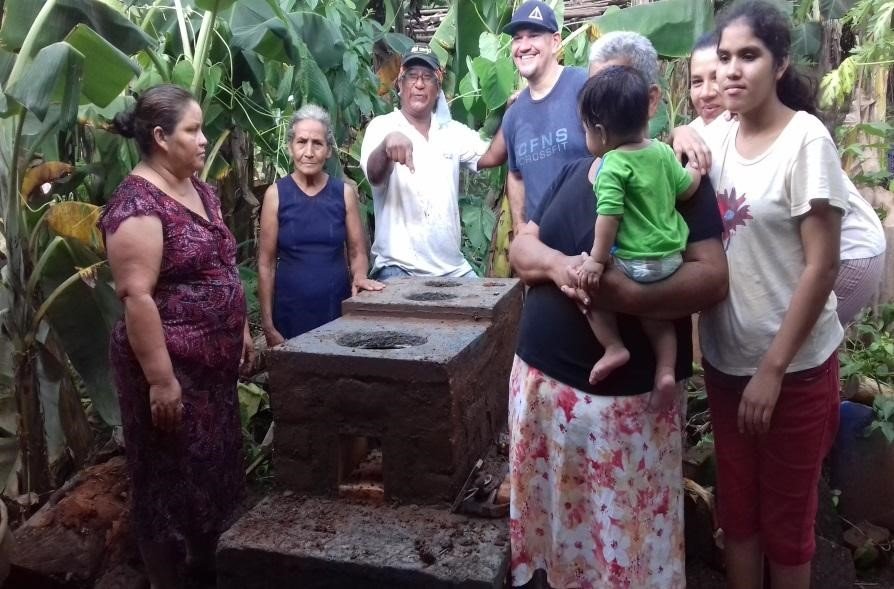 It has been a busy few months for Self-Help’s micro-credit program in Nicaragua. After interviewing many strong candidates in June, Edelia joined Self-Help Nicaragua in July as a second micro-credit program officer to ensure that the program will continue to serve women uninterrupted during Yolanda’s upcoming maternity leave. Together, Yolanda and Edelia visited all four communities involved in Self-Help’s micro-credit program (Quinta Lidia, Santa Isabel, Melchorita, and Las Azucenas) and Yolanda introduced Edelia to each woman in her home so they could get to know and trust Edelia since they’ll be working with her during Yolanda’s leave.

Disbursing & Collecting on Micro-Loans
In July, Yolanda and Edelia issued the second round of micro-loans to 10 members of the Las Azucenas micro-credit group. They also completed the final business training session for the 5 newest members of the micro-credit program. The women are also from Las Azucenas, and requested to join the program after seeing the success of the women in their community who were involved with Self-Help. The new group accessed their first loans in late July after loans from other communities were repaid to the revolving fund.

Introducing Technology to Improve Health & Household Finances
The micro-credit program has been hosting several training sessions on new technologies and enterprises as well. In July, Self-Help began promoting a new, improved stove design called “INKAWASI.” The traditional firewood stoves expose families to smoke and other gases that cause Chronic Obstructive Pulmonary Disease (COPD). In contrast, the INKAWASI stove has a chimney to reduce smoke inhalation, making it safer for the family’s health. It also requires less firewood than the traditional design, which makes it both more environmentally friendly and more economical by saving families money spent on firewood.

Alfredo, a member of Self-Help staff, learned how to build the oven during a training session sponsored by the Peace Corps. Together with local Peace Corps Volunteer Michael, Alfredo lead the training sessions to teach women about the benefits to their families, how the up-front cost to construct the stove would save them money in the long term, and how they could use their micro-loans to purchase the construction materials. At the end of the training, five women in attendance requested support to build the new stove in their homes, so Alfredo, Michael, and Self-Help Country Director Jorge immediately began helping the women start the construction.

Bertilda from Quinta Lidia was the first woman to use her loan to construct the new stove. Eight other women from Bertilda’s micro-credit group, who were also interested in constructing the stove in their homes, came to Bertilda’s home to watch the construction process. Self-Help's goal is for young entrepreneurs to become promoters and builders of the newly improved ovens as their own small business ventures.

Mark your calendar to increase your impact: One week from today, on Thursday, October 5, all donations will be matched all day long! The match runs from 8am - 11pm Central and will apply to gifts of up to $1,000 per person! See complete terms & conditions here.

PS: We're thrilled to share that Yolanda and Jairo welcomed a healthy baby boy in late August. Both mother & baby are doing well! 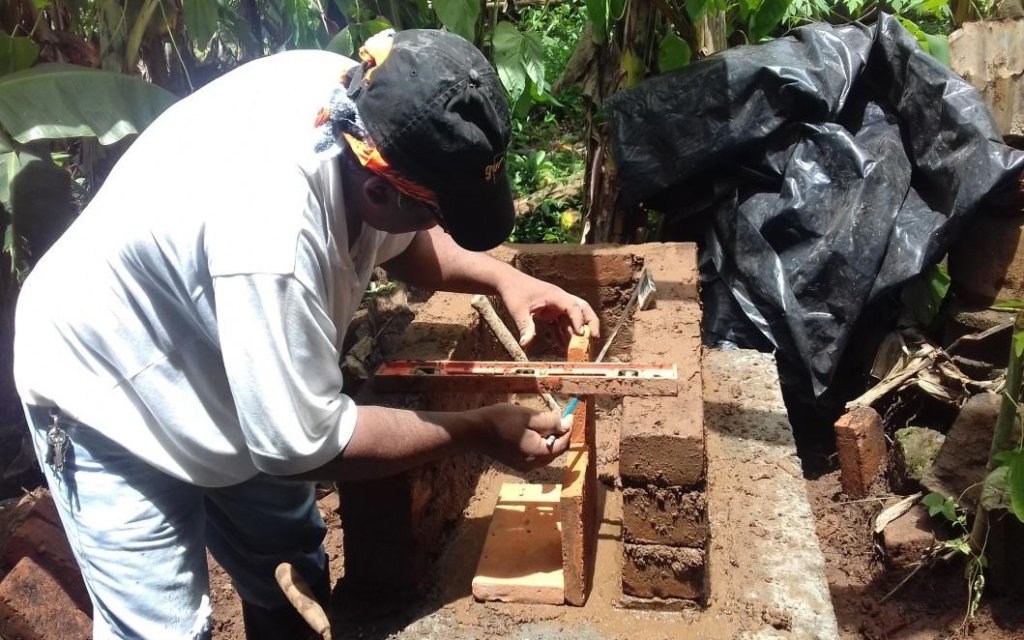 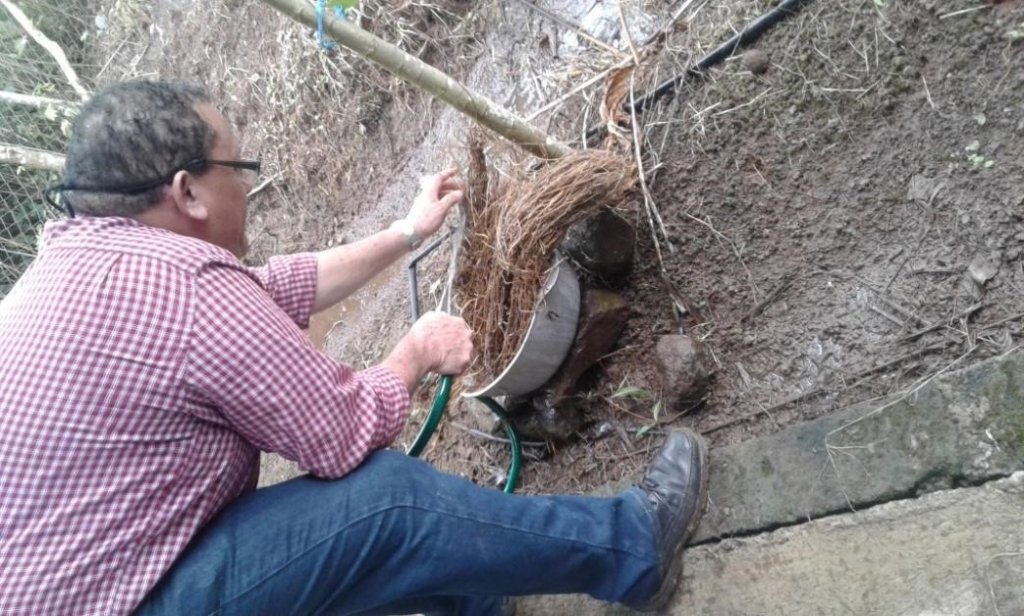 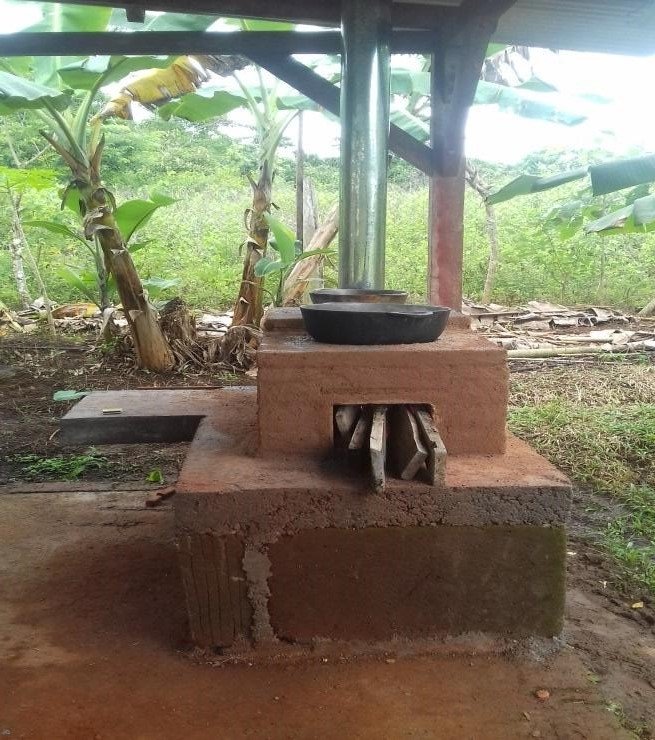 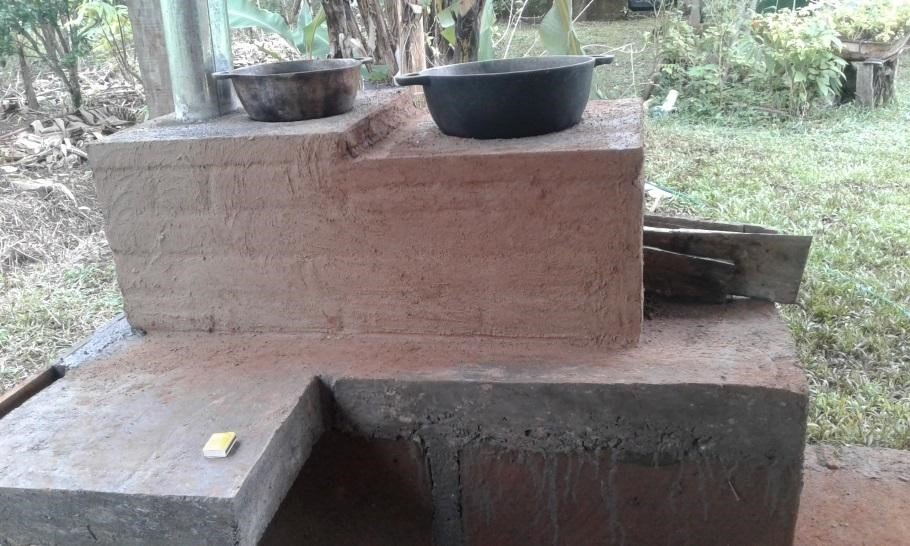 Project Leader:
Nora Tobin
Waverly, IA United States
$33,678 raised of $40,000 goal
You last donated to this project on
301 donations
$6,322 to go
* Amounts in US Dollars
Donate Now
Donate once
Donate monthly
$10
USD
ensures that a woman doesn't miss out on training due to lack of transportation
›
$25
USD
educates 1 woman about self esteem, basic budgeting, and good business practices
›
$75
USD
buys materials to start up a kitchen garden using drip irrigation
›
$90
USD
buys equipment and supplies to start up a baking business
›
$150
USD
builds 1 fuel-efficient oven to limit her family's smoke inhalation
›
$250
USD
builds a double-barrel fuel-efficient oven to start up a new bakery
›
$500
USD
hosts a skills-based or business training session for an entire community
›
$1,000
USD
transportation to visit women in their businesses and advise them in person
›

Make a monthly donation & get matched today at 100% while funds remain. Terms and conditions apply.
Give the gift of stability in a time of instability. Set up an automatic, monthly gift now and get matched at 100%—because the COVID-19 pandemic has hurt us all, and it will take all of us to overcome it. Terms and conditions apply.
Monthly giving is as easy, safe, and as inexpensive as a Netflix subscription. Start a monthly donation to Self-Help International today and get matched at 100%. Terms and conditions apply.
$10
USD
monthly
ensures that a woman doesn't miss out on training due to lack of transportation
›
$25
USD
monthly
educates 1 woman about self esteem, basic budgeting, and good business practices
›
$75
USD
monthly
buys materials to start up a kitchen garden using drip irrigation
›
$90
USD
monthly
buys equipment and supplies to start up a baking business
›
$150
USD
monthly
builds 1 fuel-efficient oven to limit her family's smoke inhalation
›
$250
USD
monthly
builds a double-barrel fuel-efficient oven to start up a new bakery
›
$500
USD
monthly
hosts a skills-based or business training session for an entire community
›
$1,000
USD
monthly
transportation to visit women in their businesses and advise them in person
›

GlobalGiving
Guarantee
Donate https://www.globalgiving.org/dy/cart/view/gg.html?cmd=addItem&projid=12973&rf=microdata&frequency=ONCE&amount=25
Please Note
WARNING: Javascript is currently disabled or is not available in your browser. GlobalGiving makes extensive use of Javascript and will not function properly with Javascript disabled. Please enable Javascript and refresh this page.