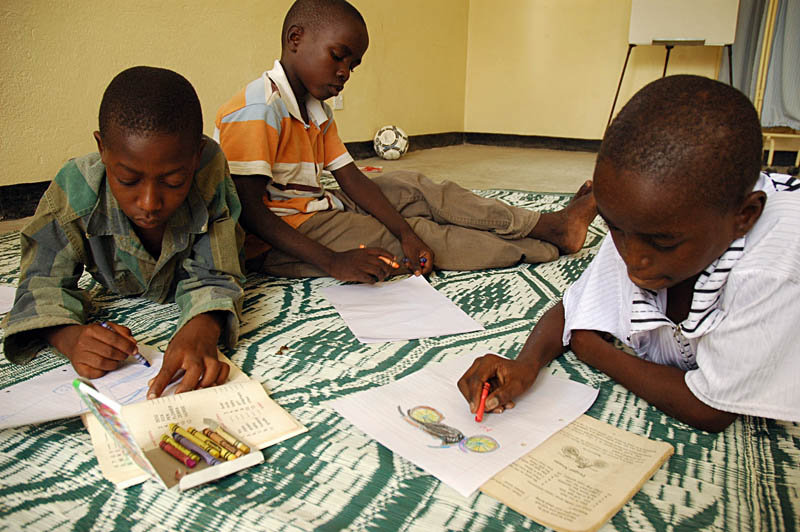 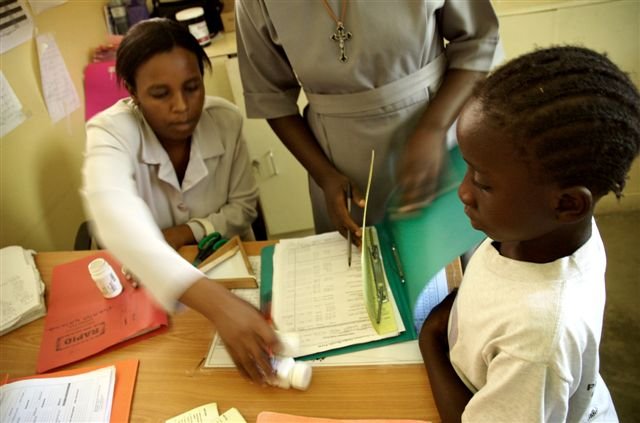 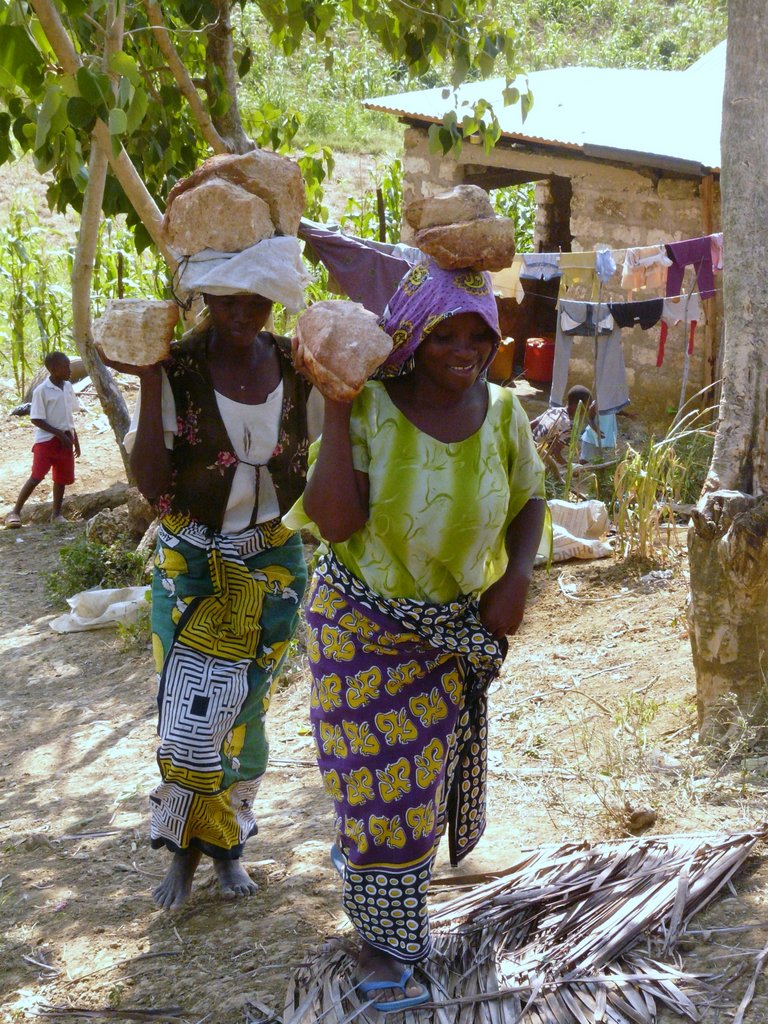 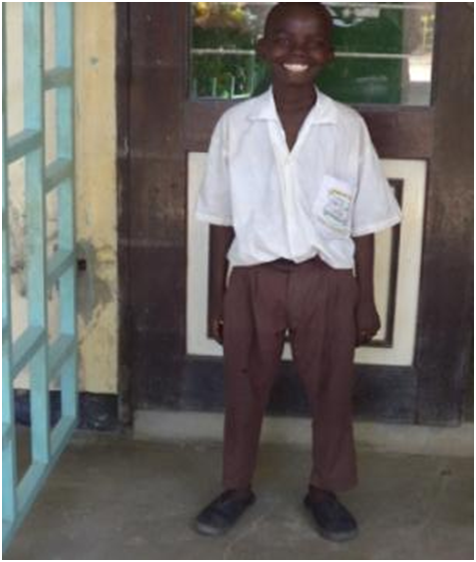 Has summer vacation started for your kids?  Are they soaking up the sun and enjoying the freedom from the day to day school routine?  Let's take a look at two really neat kids in Africa and tell you about their school year.

Thomas is in class 5 and is doing well.  He has been sick on and off, and his weight went down.  Thomas was given food by prescription to help him regain. Imagine feeling so sick that you're losing weight, but yet he fights to attend school every day.  And he does it with a huge smile on his face!  Thomas met all of his school requirements and is a member of junior youth support group.  He also attended a workshop to keep up with his classmates.

Dorcus is an active memeber of the senior youth support group, and she attended a workshop.  She has been blessed with good health and energy for the past six months.  Her eyes are bright and she understands the importance of taking her medication and visiting the clinic on a regular basis.  Dorcas sat for her end of secondary exams, and is waiting for the results which will determine if she joins college or university.

Many thanks to you, our amazing donors, for providing a school experience for Thomas and Dorcas.  Your donation covers their school fees and uniforms.  It's an investment in their future, and the future of many students just like Thomas and Dorcas. 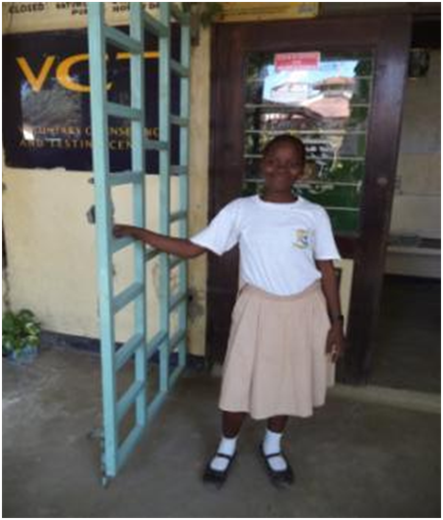 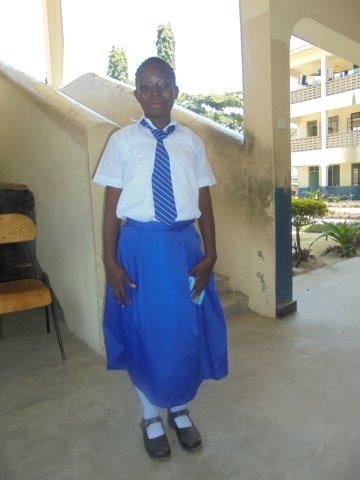 Living in a slum in Kenya is not an easy thing, especially when you are young and you are orphaned. The difficulty is compounded even further if you are infected by HIV/AIDS. This was the case for both Jane and her brother Katana, orphaned at an early age and raising themselves in a wretched little room. Jane was about 6 years old when I met her and Katana was 9. I met them at the community health clinic AFCA supports in Mombasa, Kenya, where both children would come to receive their daily medicine and counseling. At the same clinic, the children would join the large group of HIV+ children for Kid's Day, where they were able to fit in with others experiencing the same difficulties they faced. Katana, a quiet boy, would be pensive and sometimes a little distant. Jane, though, was a little live wire, excited about everything and sharing her bright smile to anyone who'd talk to her.

When I met them, the kids were malnourished and unhealthy. The clinic did what they do best, though, and soon, both children were gaining weight and their health improved greatly thanks to the food and medicine they received.
AFCA made sure both kids remained in school by paying their school fees and by purchasing them their uniforms and school books. Jane adored Katana and vice versa.

Alone and afraid, we thought hard of the best help we could offer Jane. I met with the staff at the clinic who has loved these children for years and we agreed to honor Jane's request to attend boarding school. Arrangements were made, money was paid for a year of schooling at a good boarding school and Jane started a new phase of her life on February 24th. Staff from the clinic have visited and they report that she is doing much better - secure that she is in a place where no one will hurt her and knowing that she doesn't have to fend for herself, all alone in a small room in a large slum. You can see her here - in her school uniform - happy to have found a home.

Thank you for allowing us to give Jane hope throughout her young years and now, at 14, to give her a home where she can study, find safety, dream of what she'll become when she graduates, and continue to smile that bright smile to everyone. Gosh, she's a cutie! 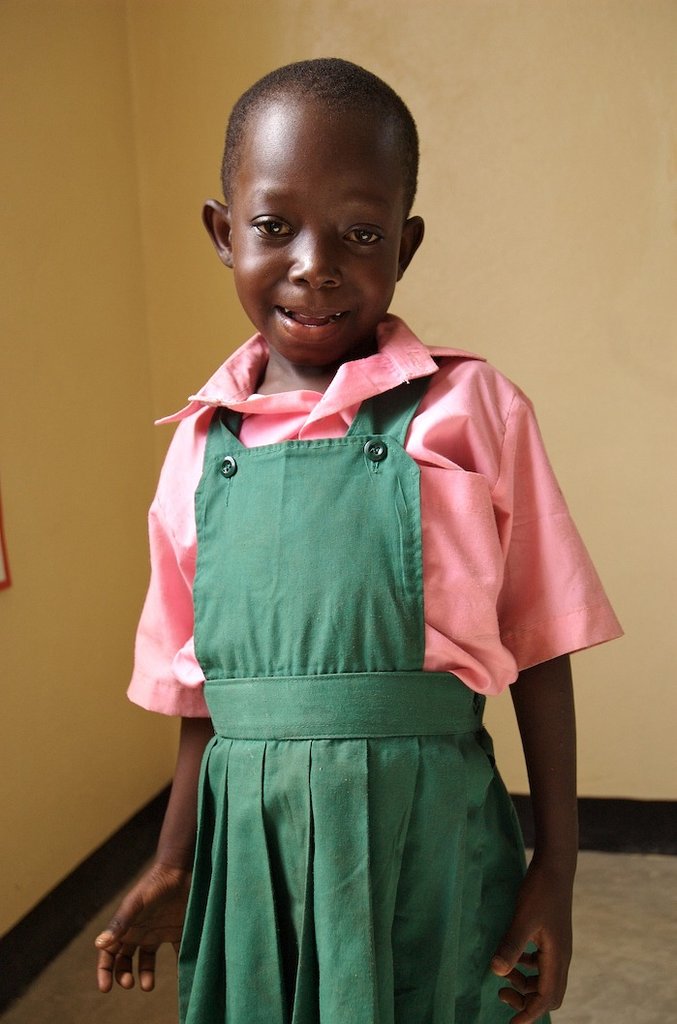 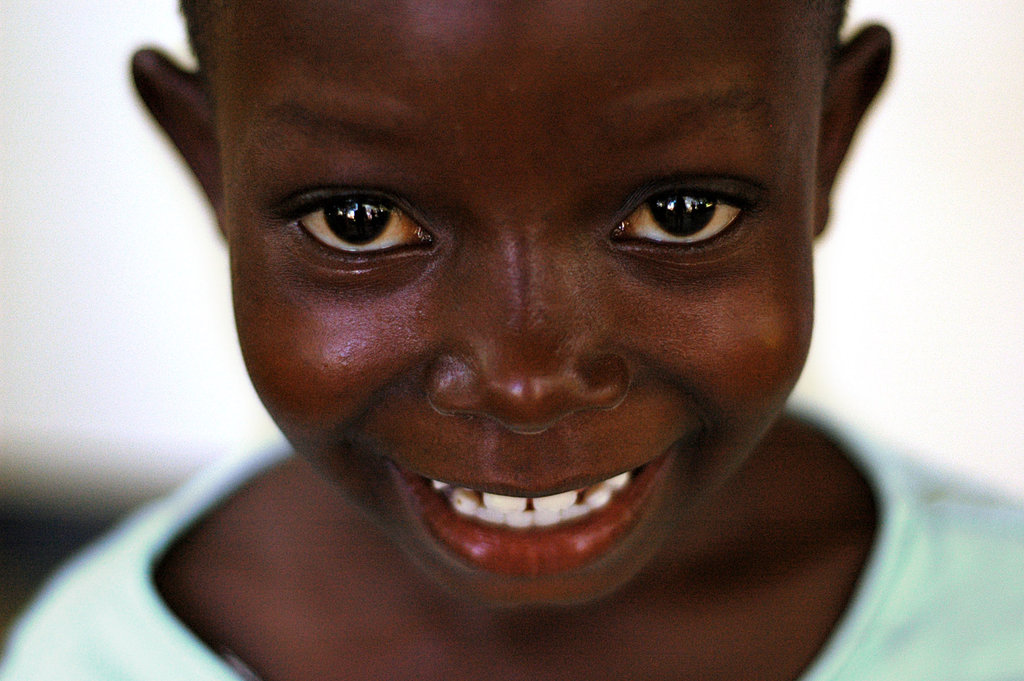 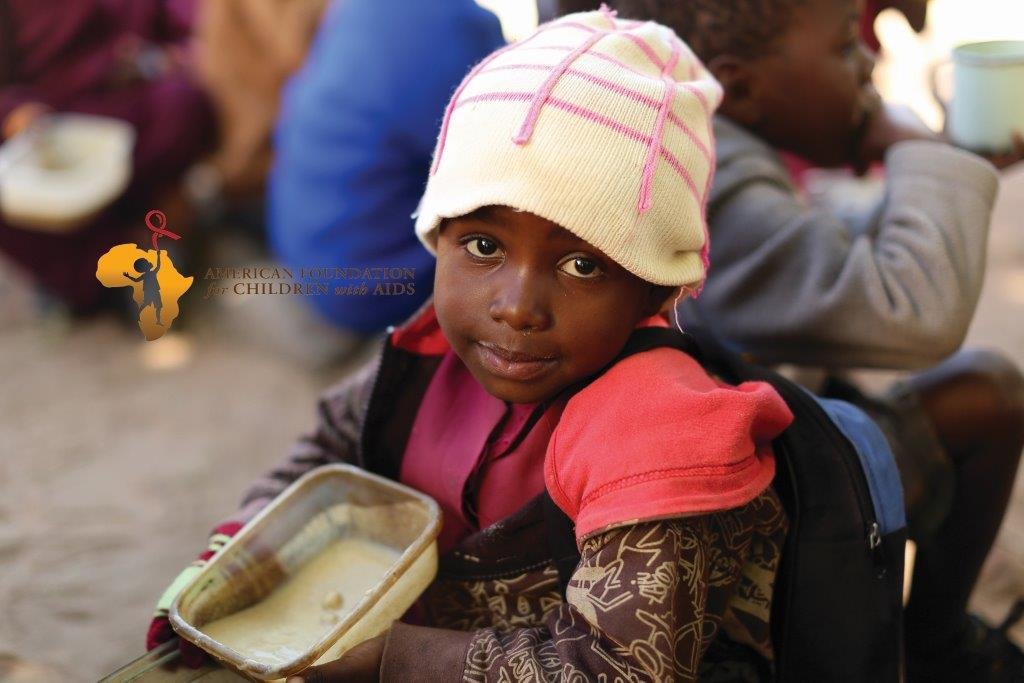 Thank you for caring for the little ones we serve and for giving them a brighter future.  You are the ones who allow us to keep working for them, providing them with medicine, medical supplies, clean water, food, school fees and supplies, livestock, seeds, self-reliance and HOPE.

As you make your end of the year giving decisions, please keep us in mind so we can continue helping children in 2015 and beyond.

We wish you the best year ever, full of every blessing and happiness imaginable, knowing you are a hope-giver.  If you'd like to learn even more about what we do or how you can meet some of the children you have helped, please contact me at tweaver@AFCAids.org.  I'd love to chat with you!

On behalf of the children,

Mwanaidi's Heart is Full of Hope for the Future 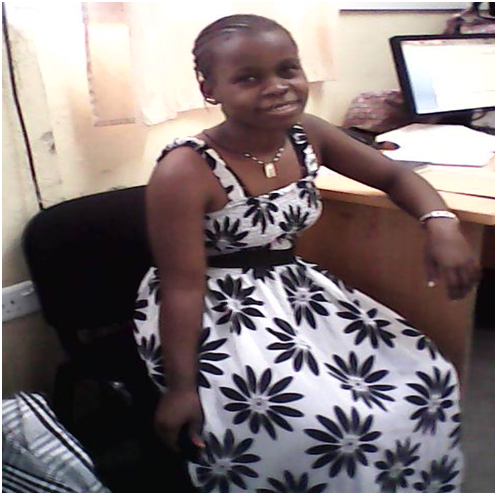 Please allow me to introduce you to Mwanaidi.  She is 19 years old and belongs to a family of three.

Our partner in Mombasa connected with Mwanaidi after she shared her plans of getting babysitting work.  Together, they explored the challenges she would face.  Mwanaidi accepted that it was going to be difficult to take medicines in other people's homes, especially with no disclosure of her HIV status.  The chances of her being stigmatized were high, to a point of losing her job.  However, her greatest challenge would be keeping clinic dates and attending support group meetings.  Mwanaidi understands how important her visit to the clinic and support group are to keeping her healthy.

Your generosity and support of our school fee program allowed Mwanaidi to explore other options.  She is now supported in a vocational course of dress making.  What a difference you have made in her life!  Mwanaidi is now active and engaged in her studies, filling her with hope for the future.

Would you like to learn more about our projects and the work we are doing every day? Please write us at tweaver@AFCAids.org. And, check us out on Facebook and Twitter and see what else AFCA is up to (@AFCAids). 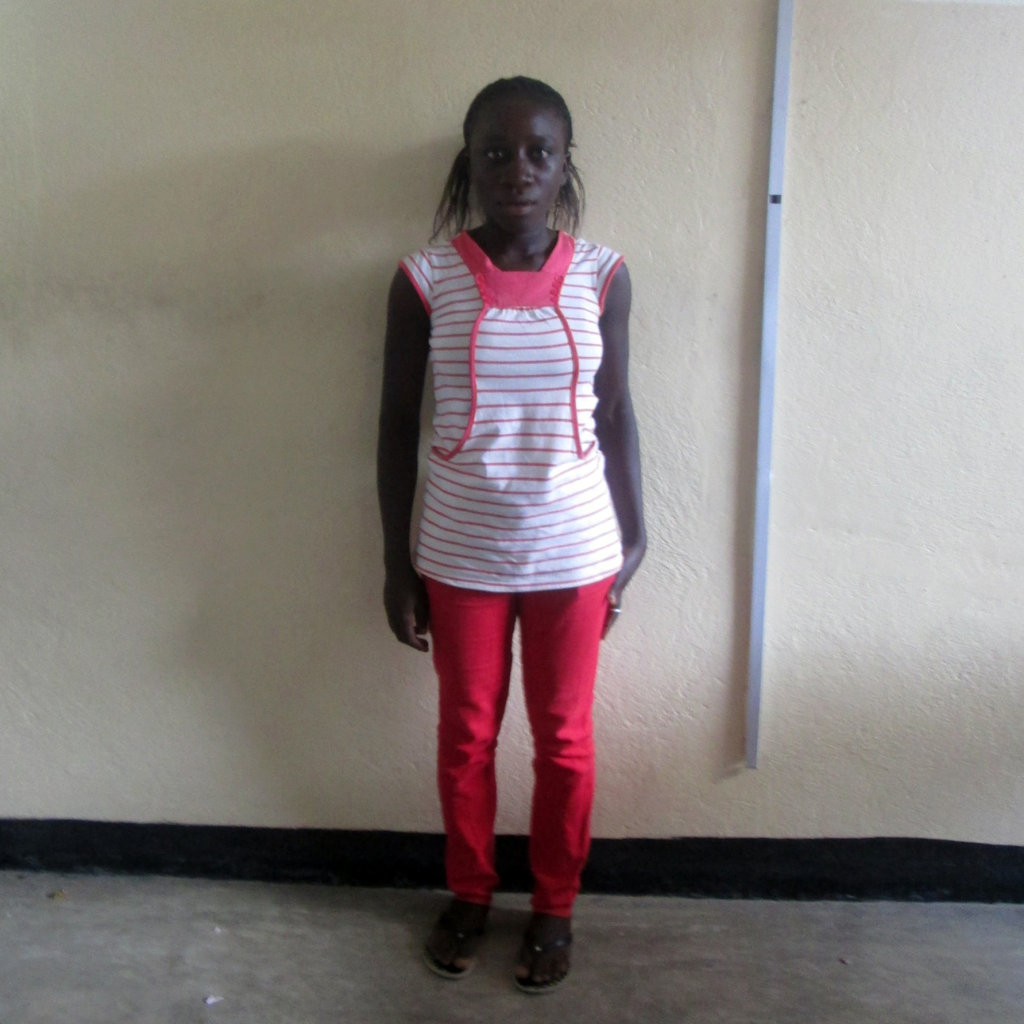 Furaha is 16 years old. She is the last born in her family and interestingly enough, only she and her mother are HIV positive.  They've both attended our facility in Mombasa since 2006 and there, they receive counseling and the medicine they need to take daily.

Looking at Furaha, you'd think she is younger than she is because she is a small girl, mostly because of her HIV+ status and how it has affected her since birth.  Malnourishment as a baby also played a part in her small stature, but it sure didn't affect her mind!  Wow!  Furaha is something else!  Because she was so sickly as a child, she didn't start school until she was eight years old.  But, once on the medicine provided by AFCA, she took to school very quickly and is now in class 8.  She loves school and is looking forward to high school now.

Furaha is not only active in school and at home, but she is also active in the youth support group which she attends with her peers at the clinic. There, she is open to discuss her issues with being HIV+ because she knows no one will make fun of her and because she can get answers to her growing list of questions about life with HIV.  With her shy smile, natural curiosity and work ethic, I see Furaha going far.

Naturally, without the school fees and uniforms you help pay for, she couldn't do it. Her mother is sick and her father passed away long ago.  So, really, YOU are the one that is allowing this bright girl to have a future.  Thank you for that.  If you were to visit Furaha today, she'd smile and thank you in her quiet voice.  But inside, she'd be jumping.

That's just the way she is.