A Healthy Future for Urmila 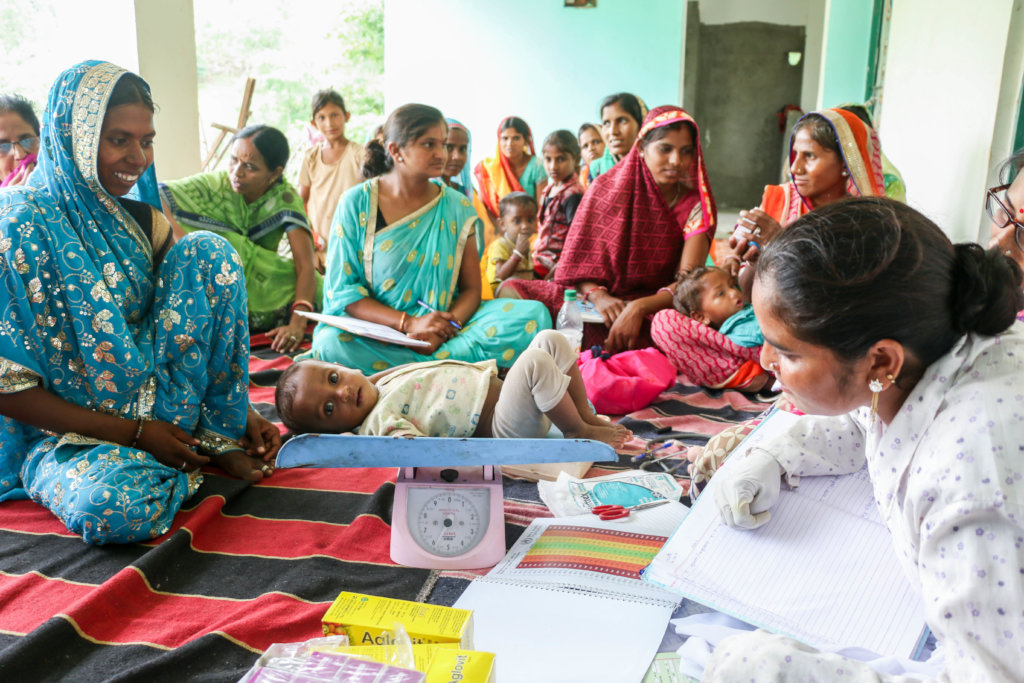 Seva Mandir has been working on the holistic development of rural and tribal communities living in poverty for more than 51 years.

Malnutrition is one of the biggest problems affecting children of 0-6 years in Udaipur district. In a survey conducted in 2019 in one area of Seva Mandir, 56% children were found underweight and 18% were wasted.

It is well known that malnutrition is a complex problem and caused due to several reasons, including improper feeding practices, lack of health and hygiene, poor health of mothers, and lack of nutritious food. Seva Mandir organizes community-based camps to provide Severe Acute Malnourished (SAM) children from highly-remote areas of Rajasthan with medical care and treatment.

Urmila, 4 years old, is a tribal girl living in a mud house with her family. Road connectivity to their village is very poor and there is no public health facility so people have to rely upon the Community Health Center at a far away town.

Even though Urmila is her parent’s only child, they live with 7 other family members in their small house. Her parent’s income is just Rs 6,000 ($85) a month. Her mother is illiterate and father had studied only up to 5th standard. Her mother is involved in household chores and father is a daily wage laborer.

Urmila was in the SAM category when she was first screened for her nutritional status as per the World Health Organization (WHO) growth standards in the first camp. At that time she was very weak. She was then given Ready-to-Use-Therapeutic Food (RUTF) and Medicines. Subsequently, she attended the follow up camp in which there was a little improvement in her weight and she was still in the SAM category. She was given medicines and RUTF again.

In total she was given 28 RUTF packets (14 at screening camp + 14 at follow up camp). She consumed all the RUTF packets and prescribed medicines. There are no side effects to RUTF and she also loves the taste of the food.

A visit to her house on the 17th of September was conducted to ascertain her current status. When checked for her height and weight exactly after three months from initial screening camp, she showed an increase in weight of around 1.8 Kgs (from 10.5 kg to 12.3 kg). Our staff did regular follow up of the child according to the protocol.

Now she is moved out of SAM category. Even the family members are happy to see their child healthy and playful.

Thank you for your support and for the confidence that you have placed in us. Urmila’s story and many others like her would not have been possible without the help of donors. Through further interventions we will see a reduction in cases of malnourishment in rural areas, along with increased awareness of early prevention. When children have recovered from malnutrition, their general health and happiness improves which in the long term will enable them to focus on their education. We run follow up systems, where Seva Mandir's community health workers will visit children who have benefited from the camps to ensure they have not relapsed into further malnourishment.