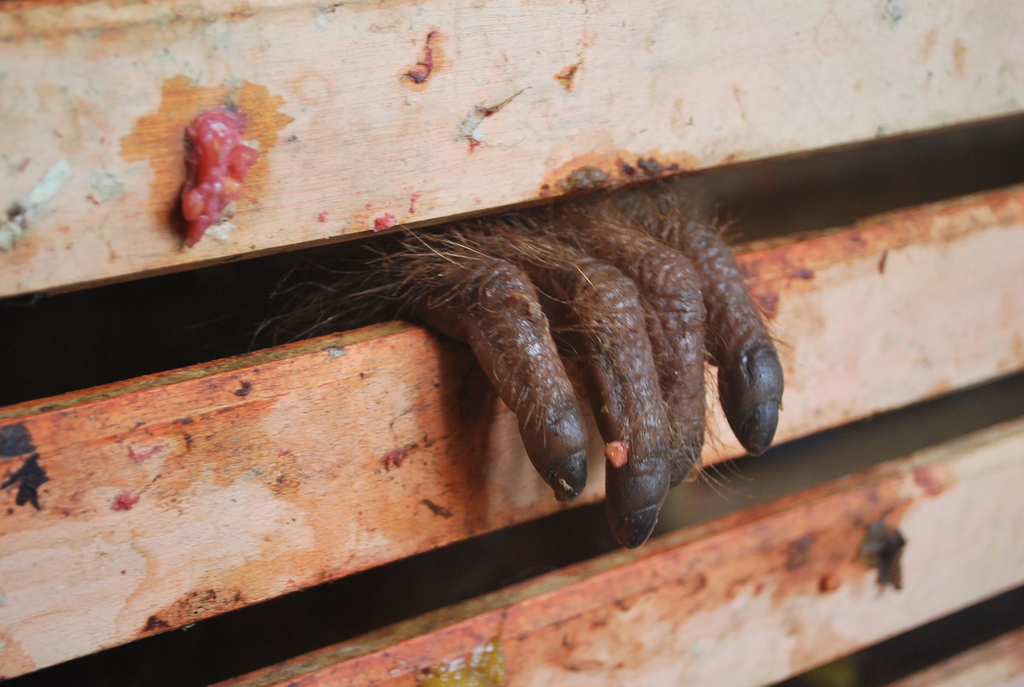 The orangutan was being kept in a tiny cage

An orangutan, being illegally held in a palm oil plantation in the East Aceh district, has been rescued thanks to a tip-off by the local community. The situation was reported to the Orangutan Information Centre - our partners in Sumatra - last week.

The orangutan was discovered by a member of the local community who contacted Kriezna, a member of the OIC's Human Orangutan Conflict Response Unit (HOCRU) team. Kriezna then notified the appropriate government authorities, who have the power to confiscate protected species, and the Sumatran Orangutan Conservation Program (SOCP), who manage an orangutan rescue, rehabilitation and release programme.

The orangutan was being held in a cage normally used for chickens. The ‘owners' of the orangutan worked for the oil palm plantation company, and were originally intending to sell him. However, after hearing that orangutans are a protected species and that harming, capturing, killing, or selling them is illegal, they requested that HOCRU take the orangutan away.

Dave Dellatore, SOS Scientific Director, said:"The authorities arrived the next day, and confiscated the orangutan, putting him in the care of the SOCP's veterinary staff, who then transported him back to their quarantine centre near Sibolangit.After going through a period of rehabilitation, which could take a few years, he will be released back to the forest, at the Jantho orangutan reintroduction site in Aceh."

We may never know exactly how the plantation workers acquired this orangutan. It is very hard to attain a full and true account in almost all orangutan confiscation operations, as the people holding them are afraid of the consequences of admitting to any illegal activity. What is known, however, is that in this area alone 500 hectares of forest have been opened up by this plantation company in the past year. The conversion of forests to plantations gives poachers increased access to forests, making it easier for them to capture orangutans and other species.  As the orangutans’ habitat shrinks, they may also be forced into plantations in search of food, making them easy targets.

SOS and OIC work to protect wild orangutan populations and their habitats, and restore damaged forests. The team in Sumatra do a lot of work increasing awareness amongst the local people about the value of forests and biodiversity, and educating them about the fact that orangutans are a protected and critically endangered species. Although the OIC don't run a rescue centre, thanks to the relationships that they build with the communities living next to the forests, they do receive reports about orangutans being kept as pets - an illegal practice.

Please make a donation today, to help us keep working to protect the remaining forests, and engaging the local people in conservation action. It's so important that the team in Sumatra keep reaching out to the communities living next to the forests. If the local people had not reported this orangutan to the OIC, he might still be living in a tiny cage on an oil palm plantation. Instead, he has a second chance at a life in the wild. 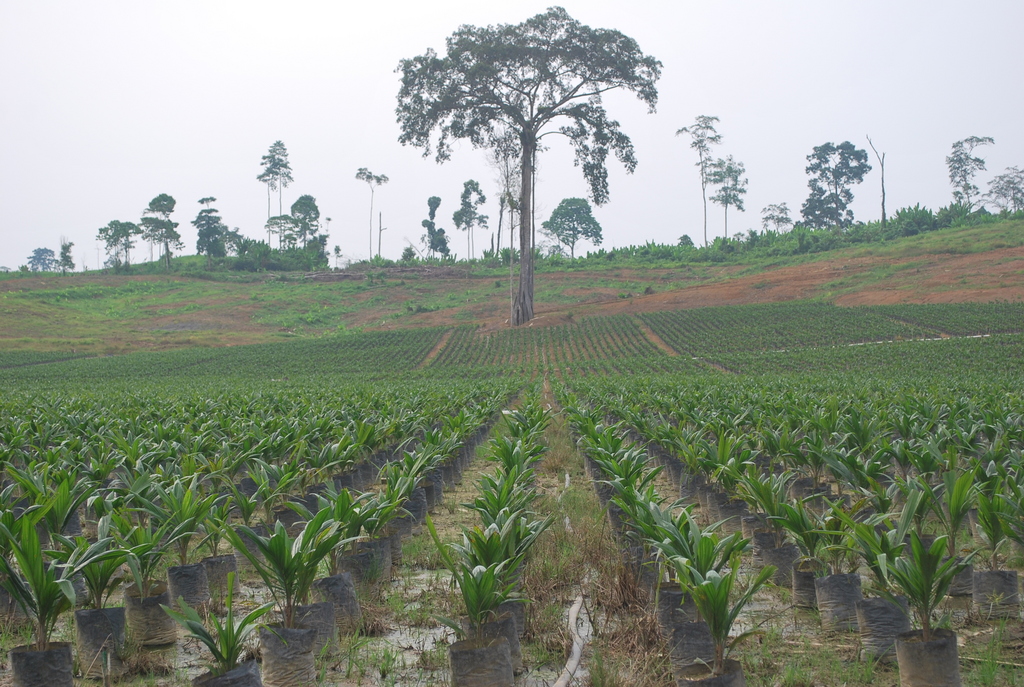 The plantation where the orangutan was being kept

UK Director
Abingdon, Oxfordshire United Kingdom
$138,732 raised of $200,000 goal
You last donated to this project on
2,369 donations
$61,268 to go
* Amounts in US Dollars
Donate Now
Donate once
Donate monthly
$10
USD
could plant a tree seedling which will one day provide food and a nesting spot for orangutans and other wildlife
›
$35
USD
could plant 5 trees. We'll plant a mixture of tree species to help bring back the diverse natural rainforest ecosystem
›
$64
USD
could plant ten trees, helping to attract birds and animals back to the area, which in turn help the forest recover
›
$80
USD
could buy a tonne of organic compost, vital to nourish and nurture the new seedlings
›
$400
USD
could buy a camera trap so that we can monitor wildlife returning to the restoration site
›
$3,250
USD
could build a field station and new tree nursery, where the restoration team nurture the new seedlings before they are planted
›