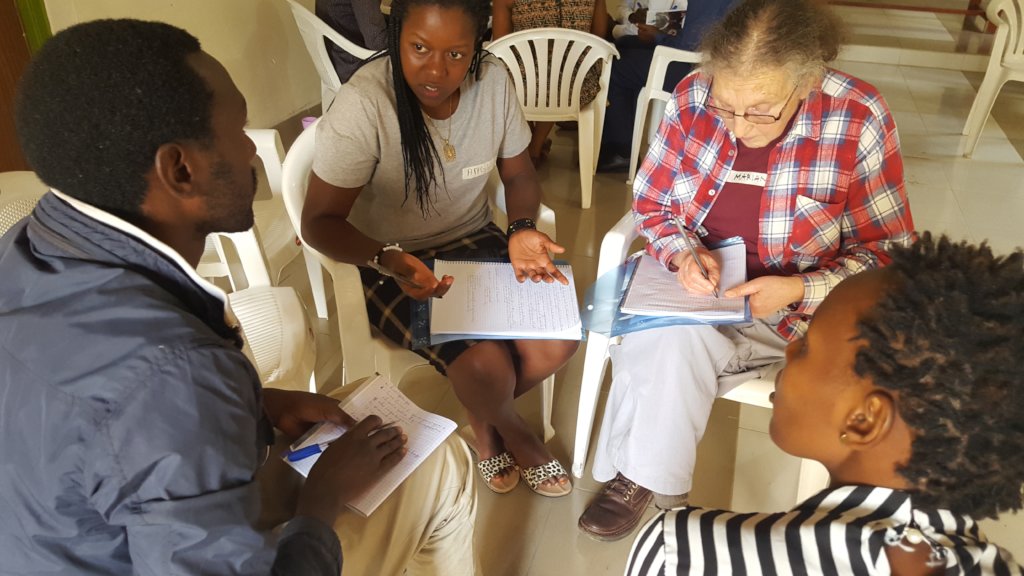 In August 9th 2011, the first HROC IT was born and held in Burundi. The training brought 20 participants from different countries around the world. In the last eight years HROC IT has conducted 14 international trainings that have attracted many individuals, groups, local NGOs and international partners who have contributed to the growth of training facilitators in the Healing and Rebuilding Our Communities program. This was developed in Rwanda and Burundi for psycho-social healing of individuals and society after deadly conflict. The impact and success stories from USA, Latin America, United Kingdom, Kenya, Rwanda, Uganda, Burundi, South Sudan, Somali, Nigeria and Central Republic Africa has transformed this program and enabled it to run two international trainings every year.

This year’s first training was held in Rwanda, Musanze District, Chimonyi Sector at our HROC Peace Center. We had 9 participants, three men and six women, 2 from Kenya, 1 from England and 6 from Rwanda.  The training was scheduled for three weeks and carefully designed;

The cry in one of our apprentice training of single mothers of   “why me?” reflects the longing to find reason and meaning in difficult life events. Yet continually asking these often unanswerable questions kept most of girls in the training stuck. Together with suppressed fear, these questions provoke the great anger at everything and everyone associated with the perpetrator. To restore the ability to think rationally, the question needs to be reframed to why them? Why did they do it and why did they do it to me? This opens the way to search for root causes and to acknowledge that the other, the enemy, also has a story.  We learnt that today’s aggressors are often yesterday’s victims.

“My father was a genocide perpetrator, I am told he killed many people before I was born; today he is serving a 20 year prison sentence. I later learnt that he also killed all the family members of a Tutsi family except a son who survived. This son deliberately got to know me and forced me to live with him for nine months. I did not know who he was. When i got pregnant, he refused to take any responsibility for the baby, saying ‘go and eat your baby the way your father ate all my family members’. This left me in despair and shock. The man left me. I was so traumatized and was asking myself why should I pay for my father’s mistake? I was very sick and spent the last three in the hospital. My mother also rejected me but provided me with a house where i stayed alone with my baby. In this training I have learnt that my traumatic experienced had destroyed me. I have learnt that everyone can find a friend as now I know there are friends who can help, I feel safe in this group of girls.” 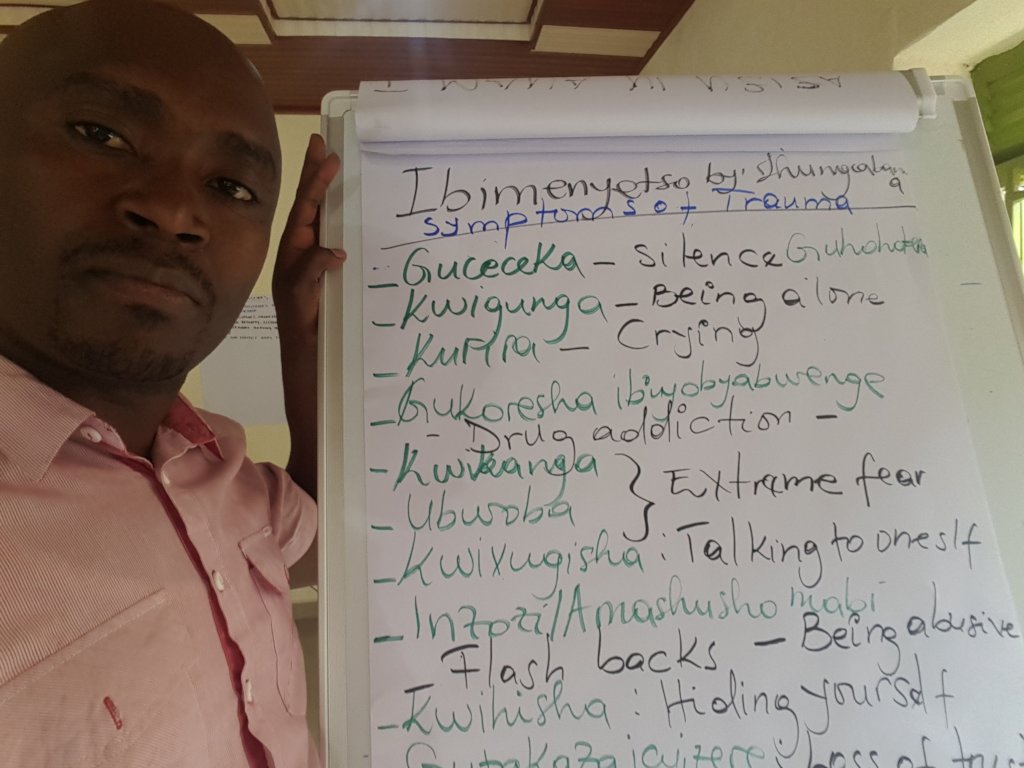 Use of English and Kinyarwanda. 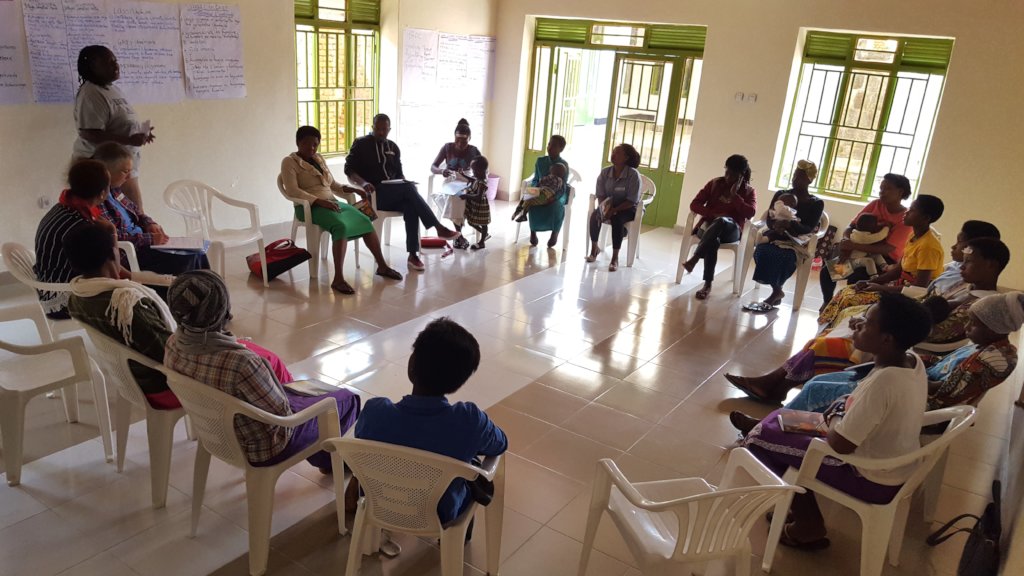 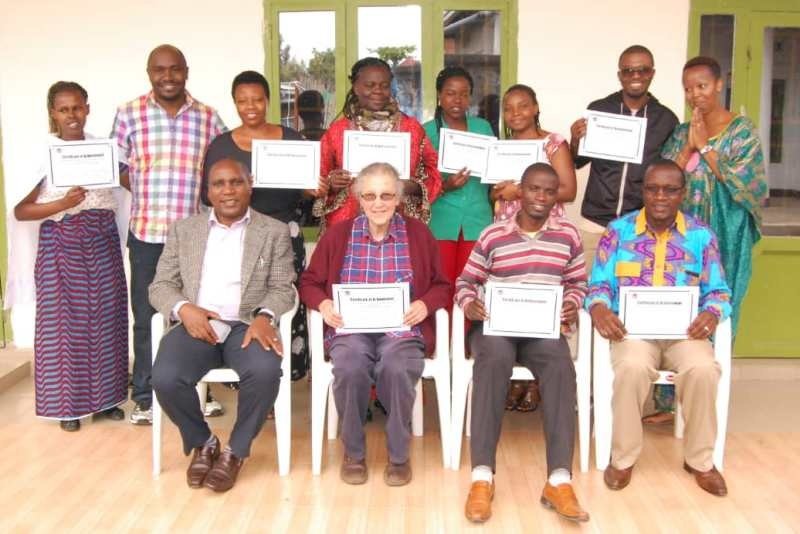 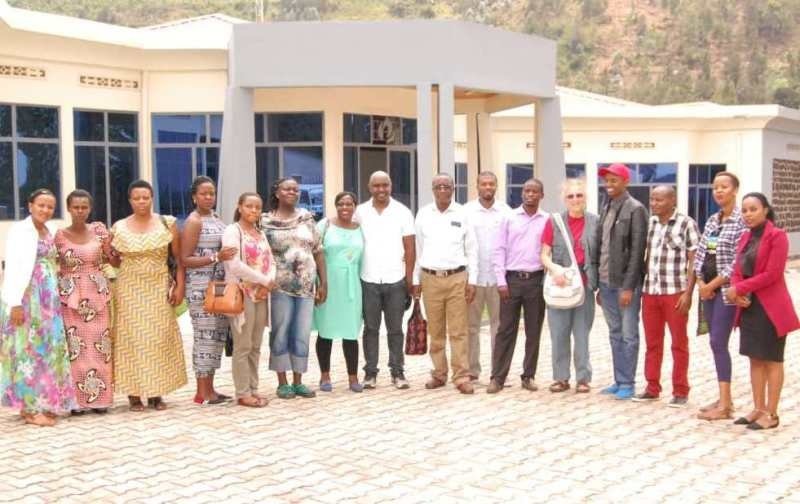 Visit to the memorial site in Gisenyi.