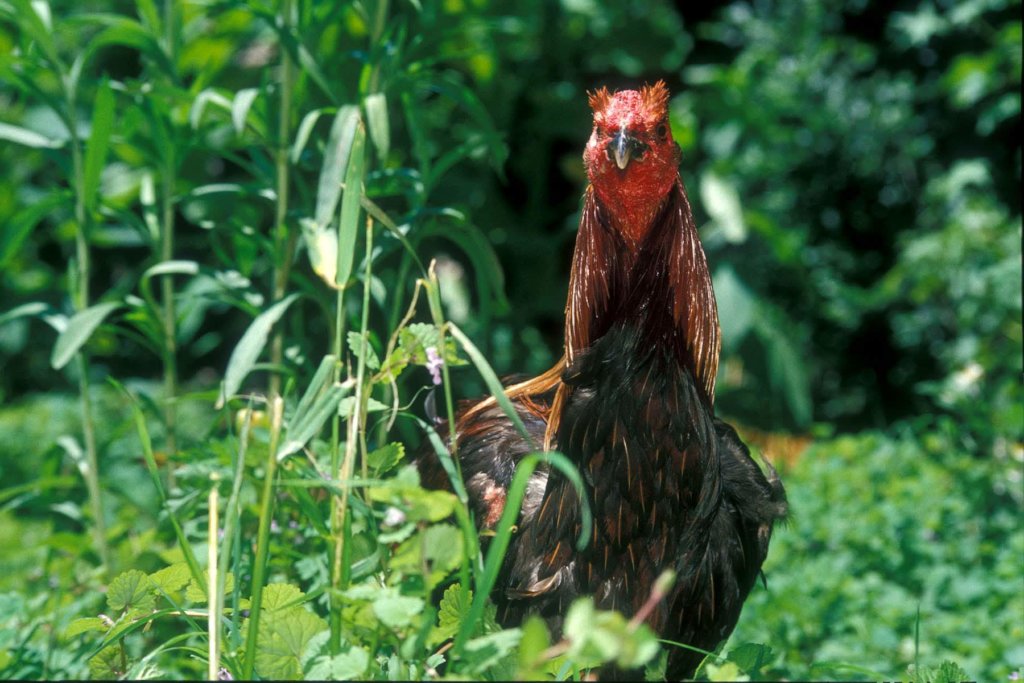 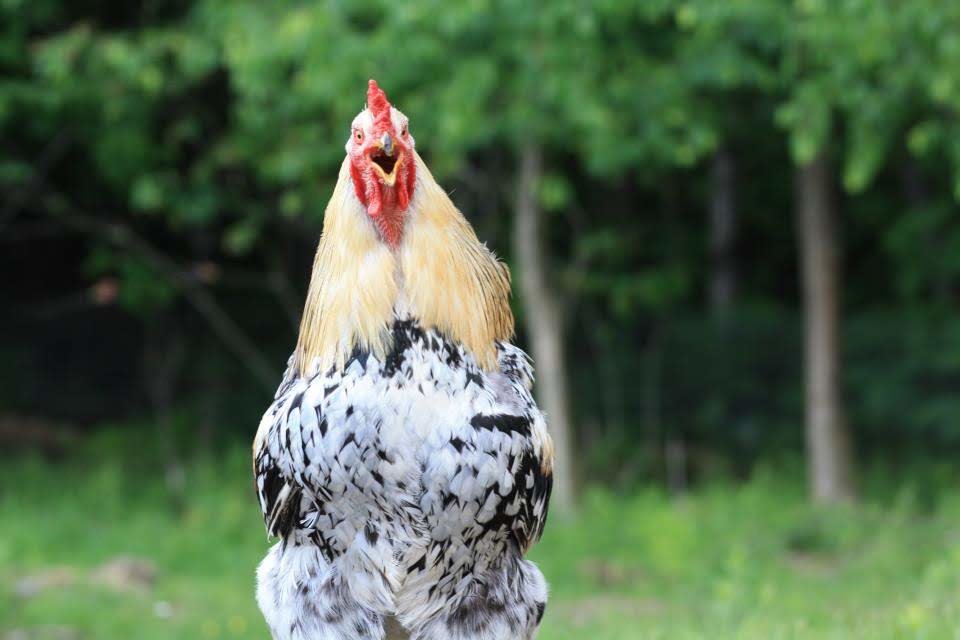 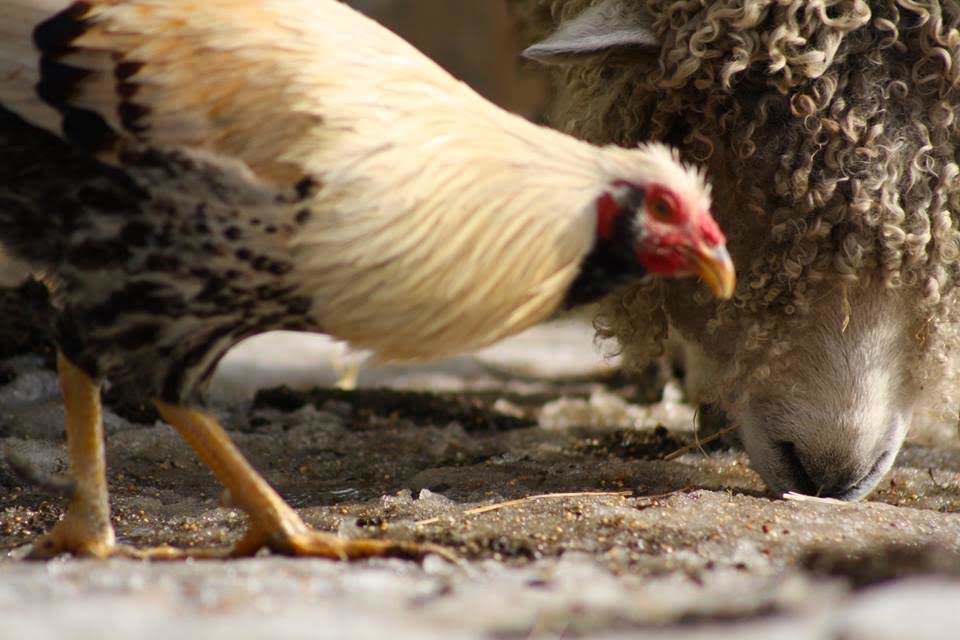 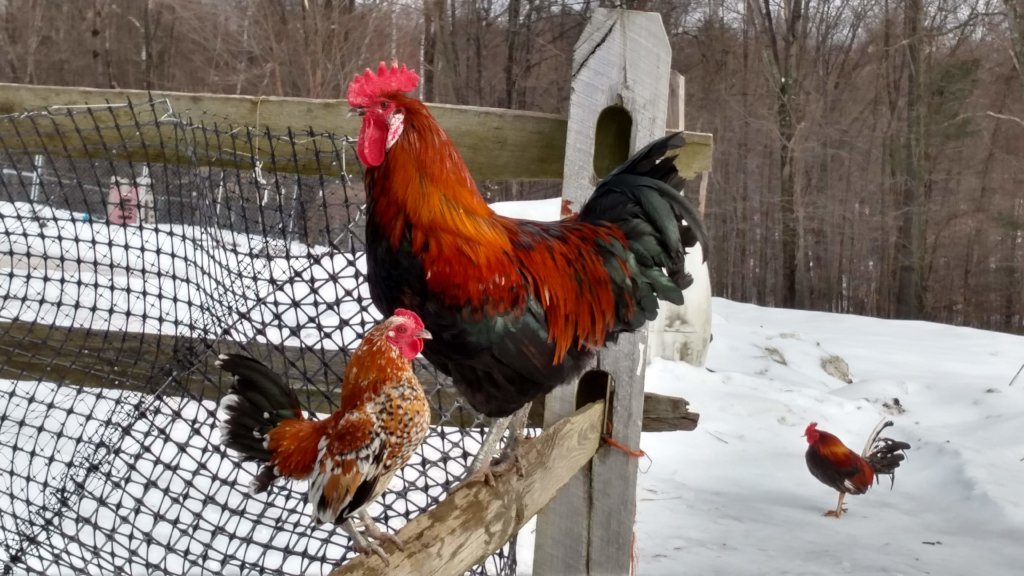 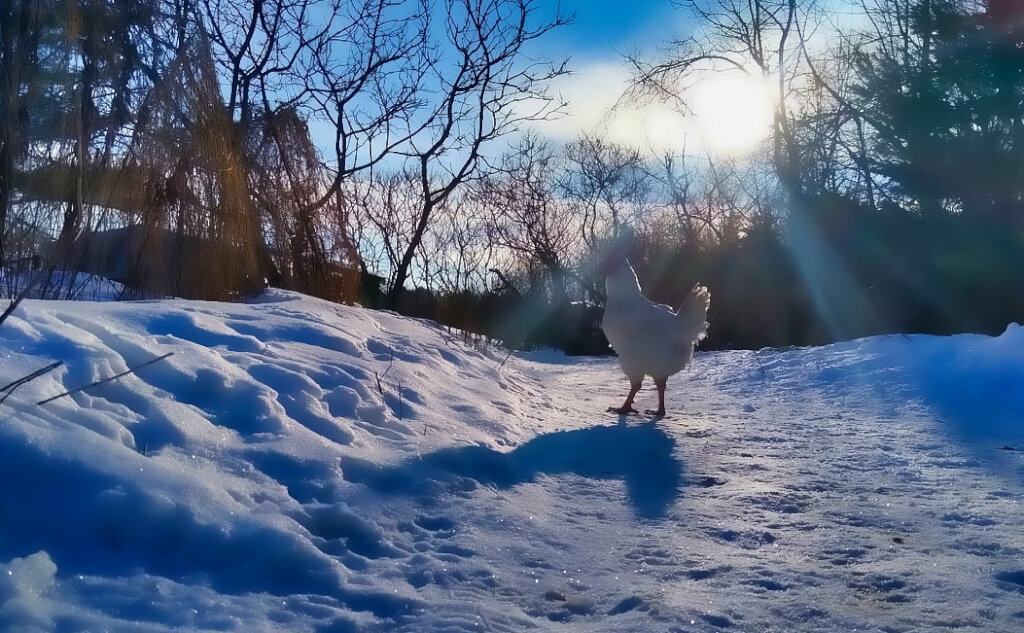 Greetings, and thank you again for supporting The Rooster Project!

It's not quite spring yet, in fact snow is falling as I type, but the days are getting warmer and longer, and the sap is beginning to rise in the maple trees on and around the sanctuary.

Spirits begin to rise for the birds too, especially the roos! Crowing becomes more cheerful, and every warm day is an occassion for exploration of grounds that had been covered by snow only days before.

We continue to receive multiple requests to take in roosters every week. Yesterday, we were called upon to drive over to the local humane society to pick up a rooster who someone had found wandering around their neighborhood and brought to the animal shelter in a box. Today, we heard from a woman who had taken in a rooster abandoned by a neighbor but is dealing with some aggressive behavior from him. We're going to coach her on how to respond to that behavior, in the hopes that he can stay where he is.

A key element of The Rooster Project is the support and coaching that we provide to other sanctuaries. Right now, we are in the midst of the month-long virtual conference we have organized for staff, volunteers, and board members at farmed animal sanctuaries. While roosters are not a specific focus of the conference, many of its topics are directly relevant to rooster care and the conference as a whole will strengthen the overall capacities of participaing sanctuaries. Conference attendees include representatives of 130+ sanctuaries from 19 countries and 31 US states.

None of this work would be possible without the help of supporters like you. Thank you again for being part of our extended community! 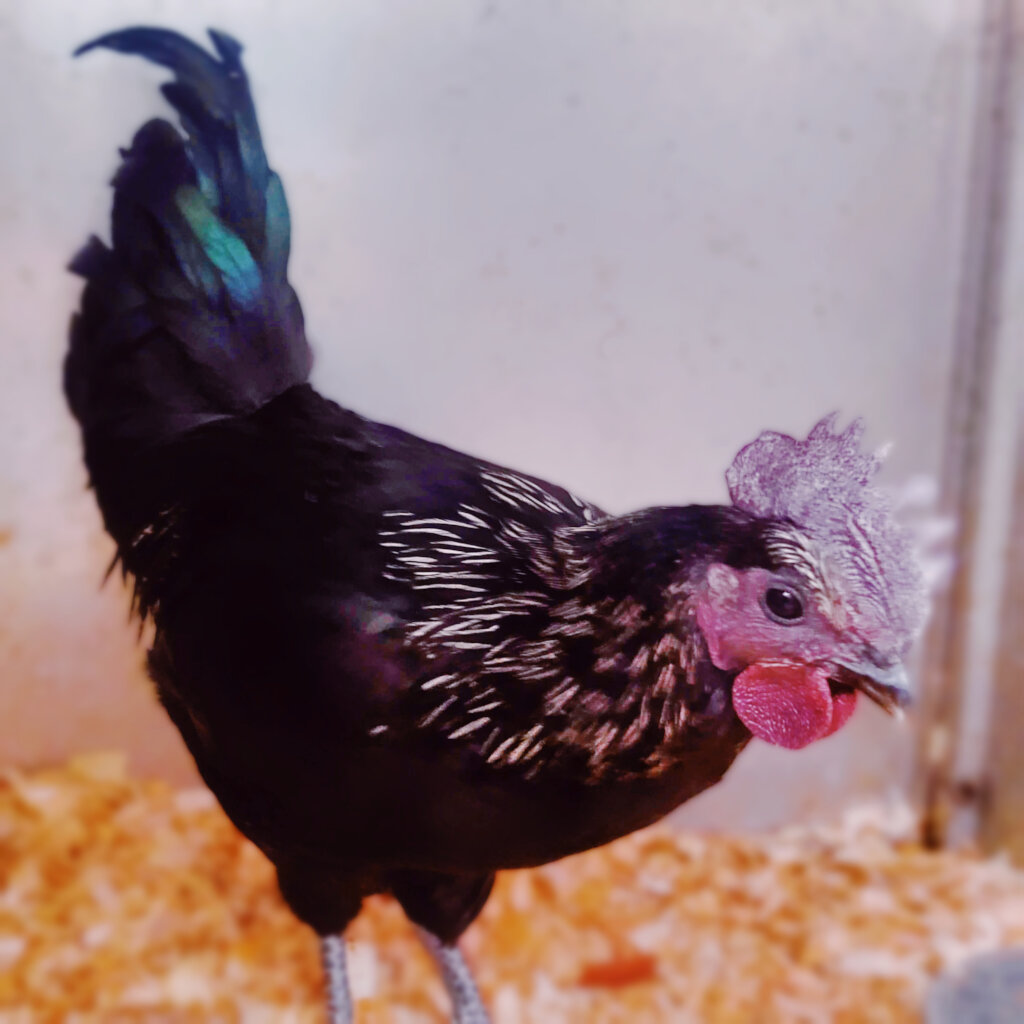 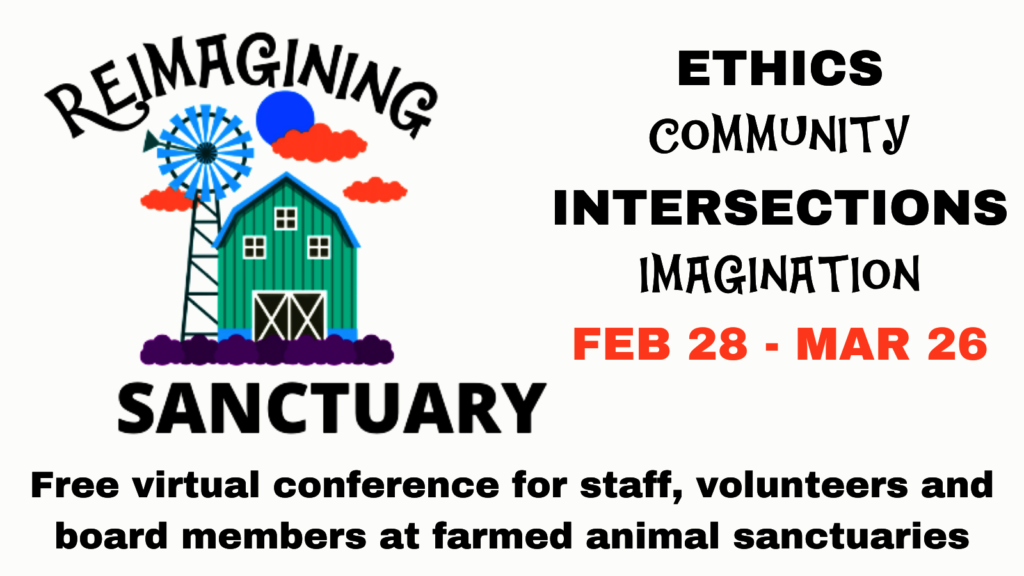 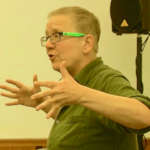 Project Leader:
pattrice jones
Springfield, VT United States
$13,354 raised of $20,000 goal
You last donated to this project on
273 donations
$6,646 to go
* Amounts in US Dollars
Donate Now
Donate once
Donate monthly
$10
USD
covers the cost of feeding and housing one recently rescued rooster for one month
›
$25
USD
covers the cost of a set of information packets mailed to local media and humane officers in the wake of a cockfighting incident
›
$50
USD
buys one "rooster rehab" crate to keep a recently rescued fighter from hurting himself or others while he learns the social skills needed to live peacefully with others
›
$150
USD
buys ten hours of technical assistance to sanctuaries
›
$250
USD
prints one hundred copies of a rooster rehab manual for sanctuaries
›
$500
USD
prints one thousand copies of an educational brochure
›
$750
USD
covers the cost of setting up a rooster "wiki" for sanctuaries
›
$900
USD
funds the costs of researching, writing, and designing an educational handout
›

Make a monthly donation & get matched today at 100% while funds remain. Terms and conditions apply.
Give the gift of stability in a time of instability. Set up an automatic, monthly gift now and get matched at 100%—because the COVID-19 pandemic has hurt us all, and it will take all of us to overcome it. Terms and conditions apply.
Monthly giving is as easy, safe, and as inexpensive as a Netflix subscription. Start a monthly donation to VINE today and get matched at 100%. Terms and conditions apply.
$10
USD
monthly
provides one rescued rooster with food and bedding
›
$15
USD
monthly
one hour of volunteer coordination equals at least five hours of volunteer labor, multiplying your gift
›
$30
USD
monthly
one dollar a day from you feeds three roosters at VINE Sanctuary every day
›
$50
USD
monthly
will buy postage to mail out information to sanctuaries, media, and humane authorities
›
$60
USD
monthly
by funding four hours of training for other sanctuaries, you will strengthen their capacity to care for roosters AND educate people who would otherwise euthanize roosters
›
$100
USD
monthly
at this rate, you will fund our Adopt Don't Shop social media campaign over the course of a year
›
$250
USD
monthly
will allow us to print (and reprint) as many brochures as we need
›
$500
USD
monthly
your major gift will ensure that this major project meets its aims
›

GlobalGiving
Guarantee
Donate https://www.globalgiving.org/dy/cart/view/gg.html?cmd=addItem&projid=35495&rf=microdata&frequency=ONCE&amount=25
Please Note
WARNING: Javascript is currently disabled or is not available in your browser. GlobalGiving makes extensive use of Javascript and will not function properly with Javascript disabled. Please enable Javascript and refresh this page.