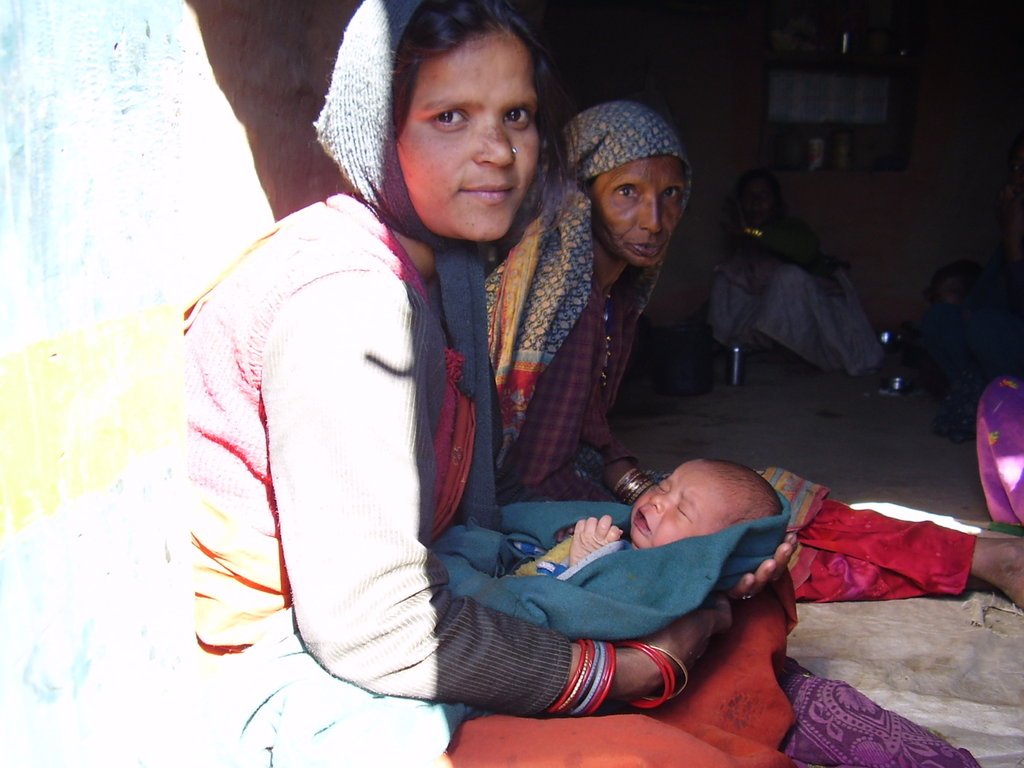 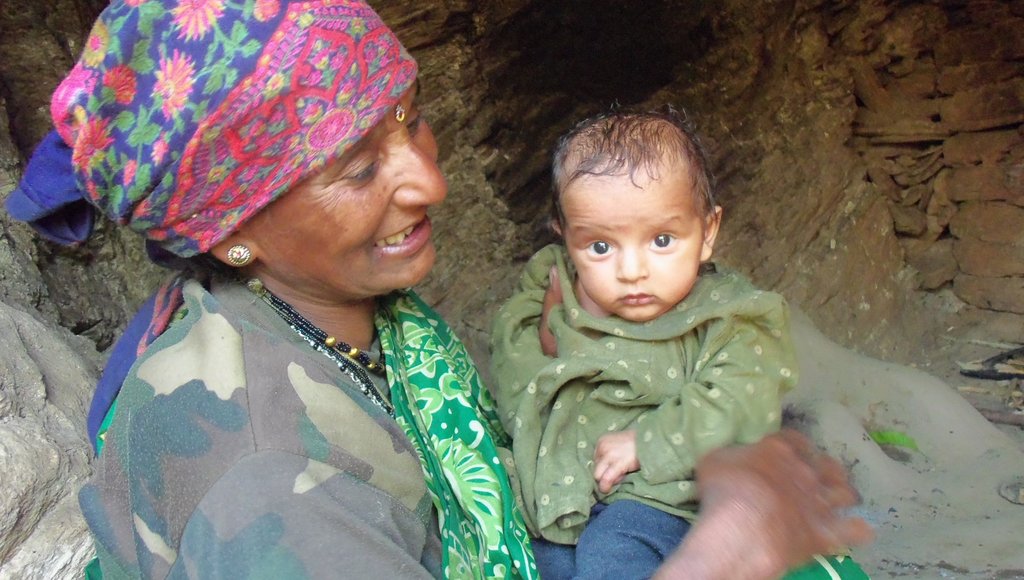 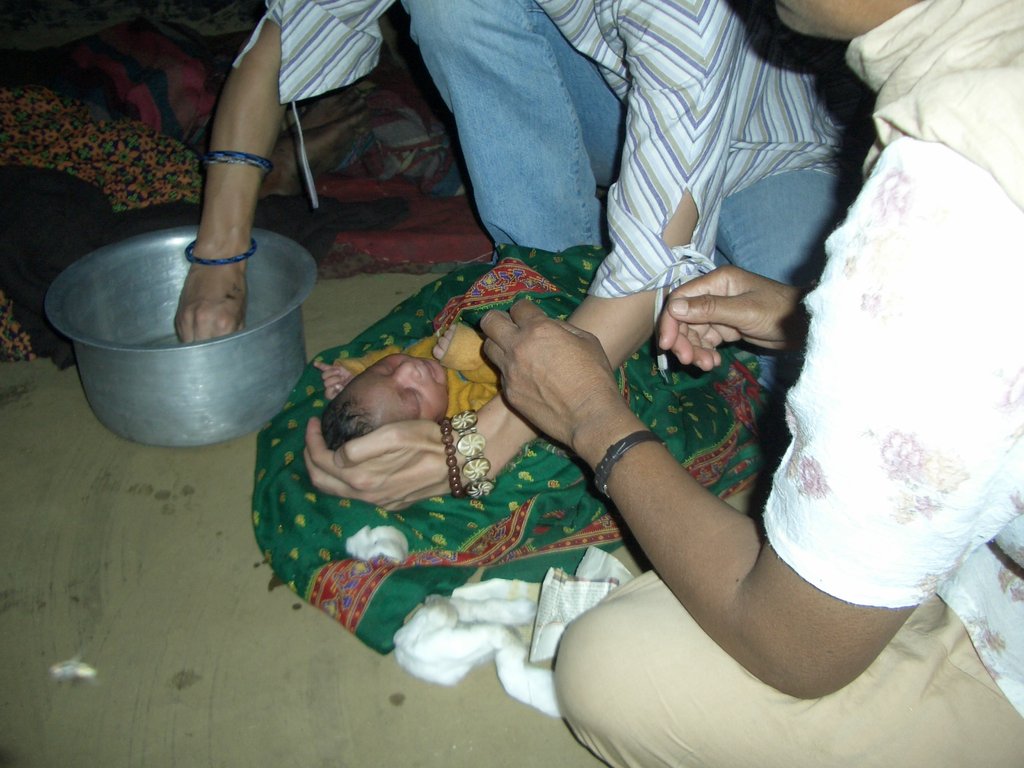 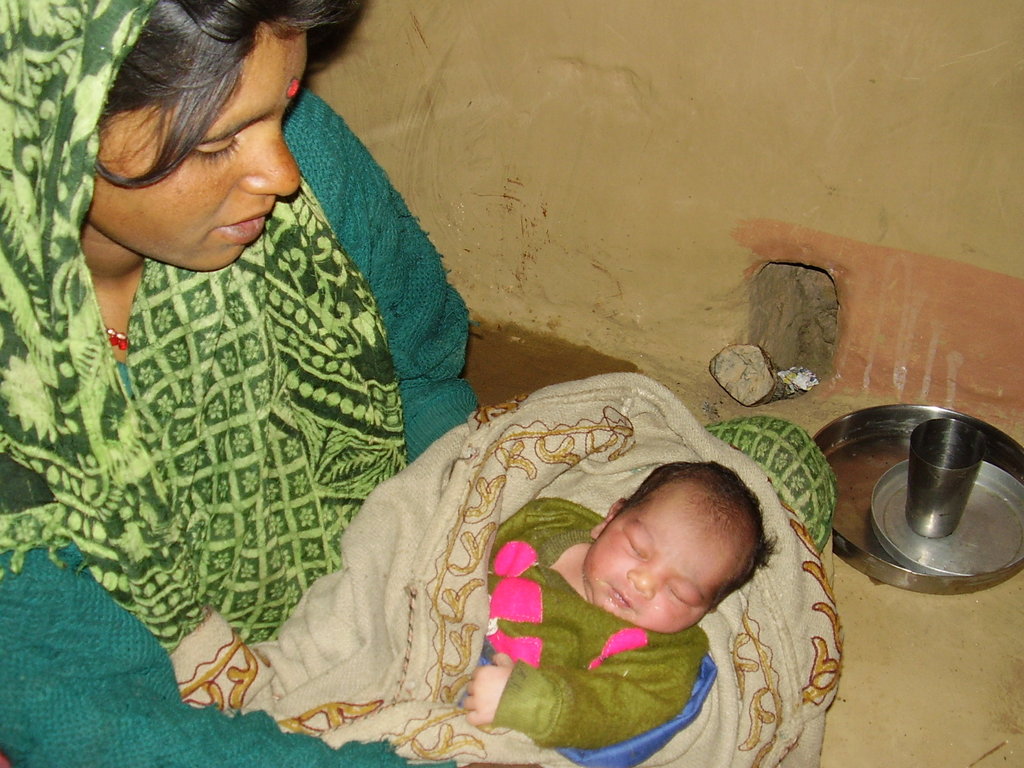 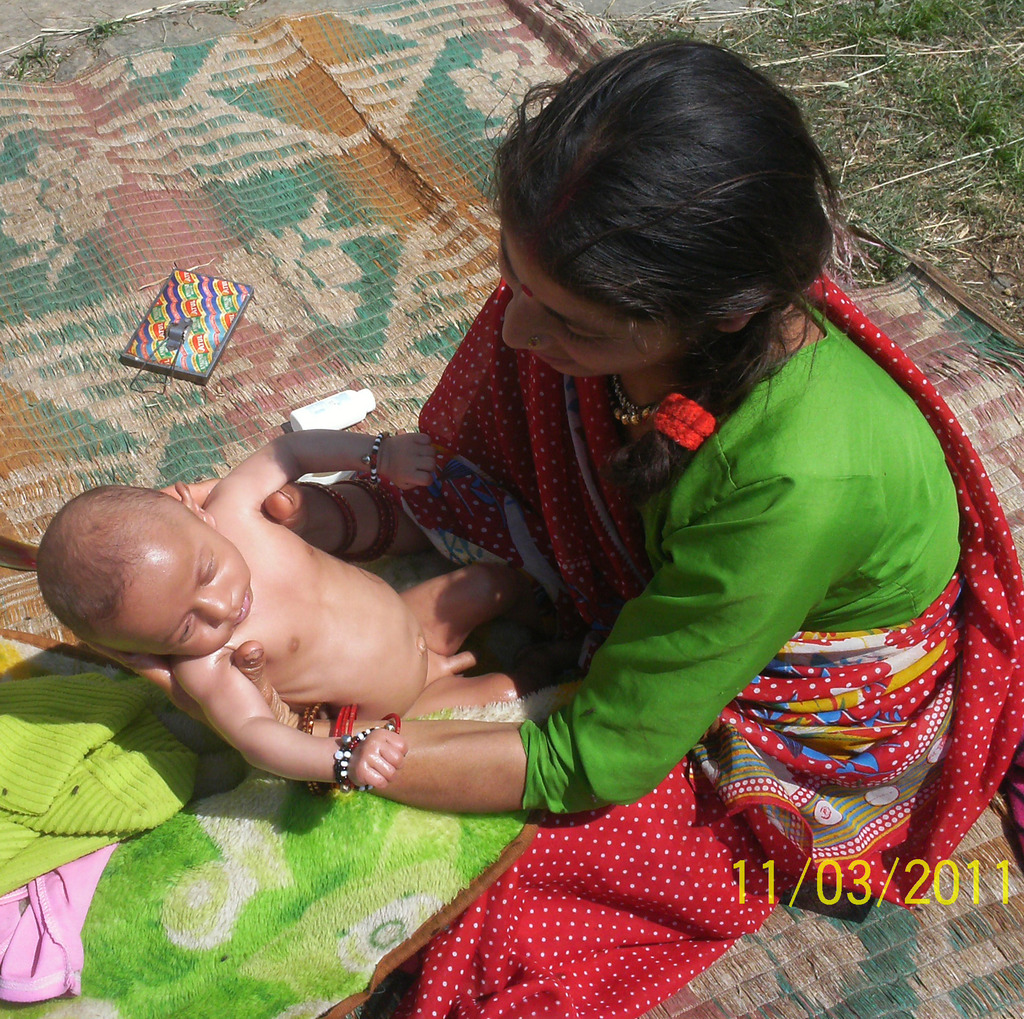 REDUCING MATERNAL AND CHILD MORTALITY IN KUMAON: A SUM UP OF THE LAST 3 YEARS

Our health program focuses on rural Kumaon’s most marginalized, i.e. women and children. Girls bear the brunt of the domestic workload, are married off early, are frequently pregnant and, are given second priority in education, nutrition and social rights. They are also subjected to a host of prejudices relating to menstruation and childbirth. Consequently, they have little time, energy or will to look after their children’s basic needs. No wonder, Uttarakhand’s Infant Mortality Rate is 41 per 1000 live births and Maternal Mortality Rate in Okhalkanda Block of Nainital District, in particular, is 353 per 100,000 live births, alarmingly above the state average of 188 as per the 2011 Census.

Key project achievements have been:

The project’s key beneficiary groups are summarized below:

Happily, SDTT will now support the scaling-up of this project to the entire block, covering 105 villages and a population of approximately 42,000. Funding through GlobalGiving have been extremely useful in filling gaps in funding and maintaining continuity of work.

Aarohi’s main strength lies in its credibility with the community as well as the local health authorities as an organization that is serious about the work it is doing, as well as one which is willing to work in difficult-to-reach areas. The fact that Aarohi has a field office in the project area helps them to understand the situation of the people there and make their own work more relevant.

The team at Aarohi has been able to establish good linkages with Panchayati Raj Institutions at the village level, which is crucial for bringing about sustainable change in the health knowledge and practice in these communities.

Capacity building of health personnel at the village level – of birth attendants as well as of health workers – is another strength of Aarohi. A lot of thought has gone into defining the training curriculum and the training schedule is meticulously followed. The training team is motivated and hard working and has built the knowledge and skills of village level health workers as well as improved awareness levels of the community on various health issues.

The organization has a system in place for regular data collection and collation, as well as for analysis.

The health team of trainers, supervisors, technician and BSPT animators, led by the Assistant Coordinator and Coordinator is young and energetic and motivated. They are able to learn and adapt - amply demonstrated by the number of design modifications that the smokeless chulha (stove) has undergone to make it more user-friendly for the community here.

Adapted excerpts from the end-term Evaluation Report by Dr Ramani Atkuri, M.D., 4-8 Dec 2012 (the full Report is available on our website).

The smile that tells a thousand tales

This story is of a family in a small and picturesque village called Karayal, in the remote Okhalkanda Block of Nainital District, where Aarohi works.

Ghanshyam Bahuguna, 36, lives with his wife, Shanti Devi, 32 and his mother, Aama. Pankaj, their son, is one and a half years old. Shanti has been pregnant five times already for the social and family pressure to produce a male child is overbearing in a typical mountain family. And, like her counterparts, her domestic chores are immensely demanding physically. Shanti’s day starts at 5 am and ends at 10 pm. Every Single Day. Yet, she still smiles, for – as she says – happiness finds its ways in little moments, even in a mountain woman’s shattered dreams.

Shanti had a miscarriage during her first three pregnancies, and given the family’s indifference, bore both her emotional and physical suffering alone. The family’s only interest was that she deliver a male child. But, life would give Shanti another chance. She became pregnant a fourth time, just as Aarohi started working in her village, teaching women the importance of ante-natal care and training/organizing Swathya Karmis (health workers) to conduct regular check-ups. Shanti went for a check-up, where the Swasthya Karmi – discovering a breech presentation - advised hospital delivery. However, Shanti was not free to act on this advice, since family elders still typically take all decisions in rural Indian households. Shanti’s conservative mother-in-law, Aama, ruled that her daughter-in-law would deliver at home as she had, assisted by the village mid-wife.

But Aama and the midwife could only get the baby half way out. Lodged firmly inside its mother, the baby died and Shanti lay for hours in a pool of blood - physically and emotionally broken. Yet, the family refused to take her to hospital! Here, Aarohi’s intervention was crucial. The Swasthya Karmi mobilized the village to get Shanti’s family to take her to hospital. Miraculously, she survived, though with the continued stigma of childlessness.

A year later, Shanti was pregnant again. But, by now, Aarohi was well established in Karayal; and its Swasthya Karmi’s made regular home visits to check on expecting mothers and ensure their families gave them utmost care. So, Shanti was closely monitored. Once again, the baby was in a breech position. But, this time the family cooperated, and Shanti delivered a healthy baby boy in hospital by Caesarean Section. Both mother and family were overjoyed.

We ask Ghanshyam how he feels today. Thoughtfully, he says, ‘yadi hamne Aarohi walon ki salaah pahle hi maanee hoti to hamen etnaa pareshaan nahi hona padta…’. (had we heeded Aarohi’s advice earlier, we would not have had to suffer so much).

Shanti tale is not different from that of many rural mountain women. When life presents an unending tedium, happiness finds its ways in little moments. Perhaps that is the secret behind Shanti’s smile.

We continued essential routine outpatient, inpatient, diagnostic, emergency services from the hospital at Aarohi. Multi-specialist camps were conducted on a monthly basis providing surgical, ultrasound, medical, paediatric and eye care. During the year, special camps for reconstructive surgery were organized twice, along with ENT camps, and Cataract and family planning camps were conducted in conjunction with the district government facilities. Mobile camps in remote mountain regions were conducted once in Pindari river basin. One camp was aborted due to heavy monsoons that washed the roads away. These camps were clubbed with school medical check-ups in the local schools with deworming and vitamin and calcium supplements for children. The children were monitored for their growth and advised accordingly.

The table below summarizes the leading performance parameters of our hospital-based services this year:

Health at a glance

No. of dental fillings 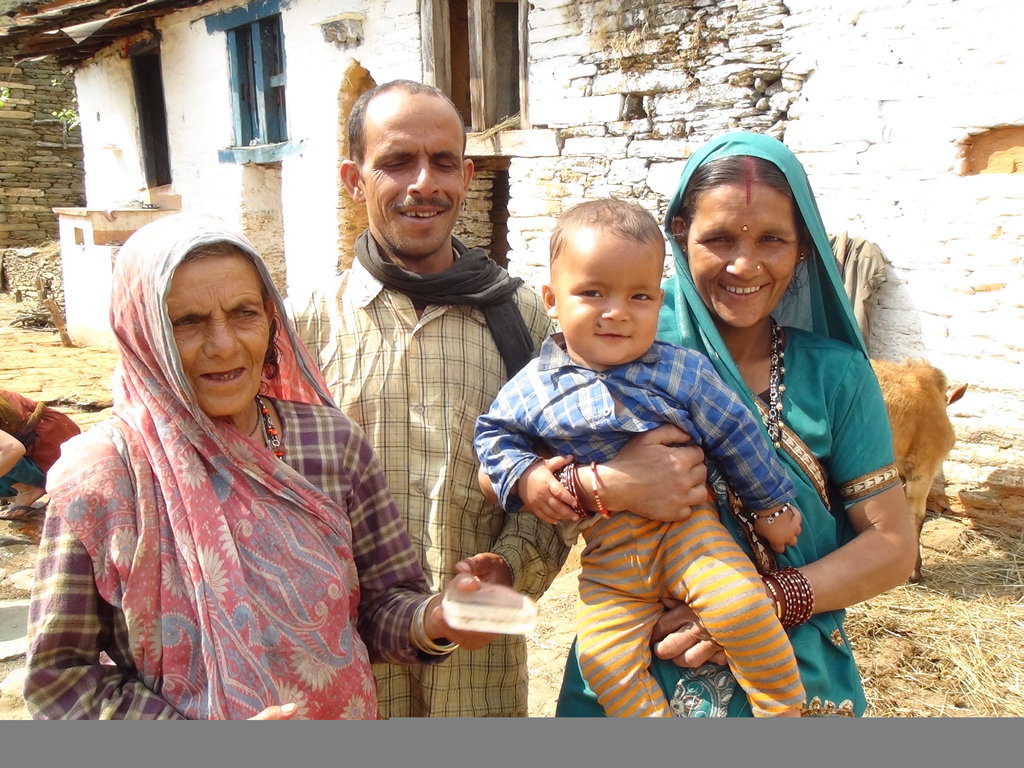 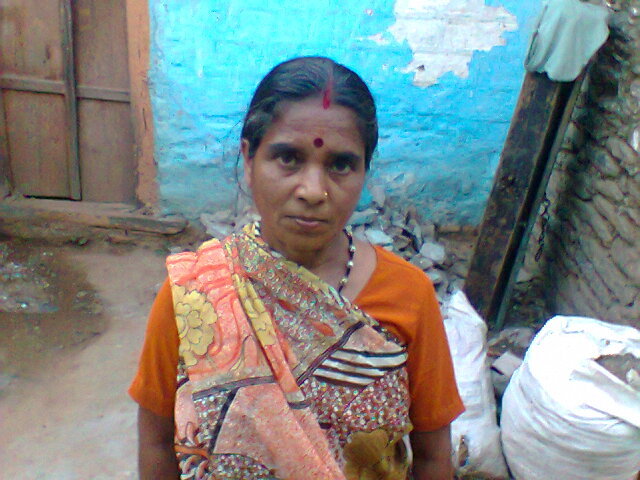 Saraswati gets a new lease of life 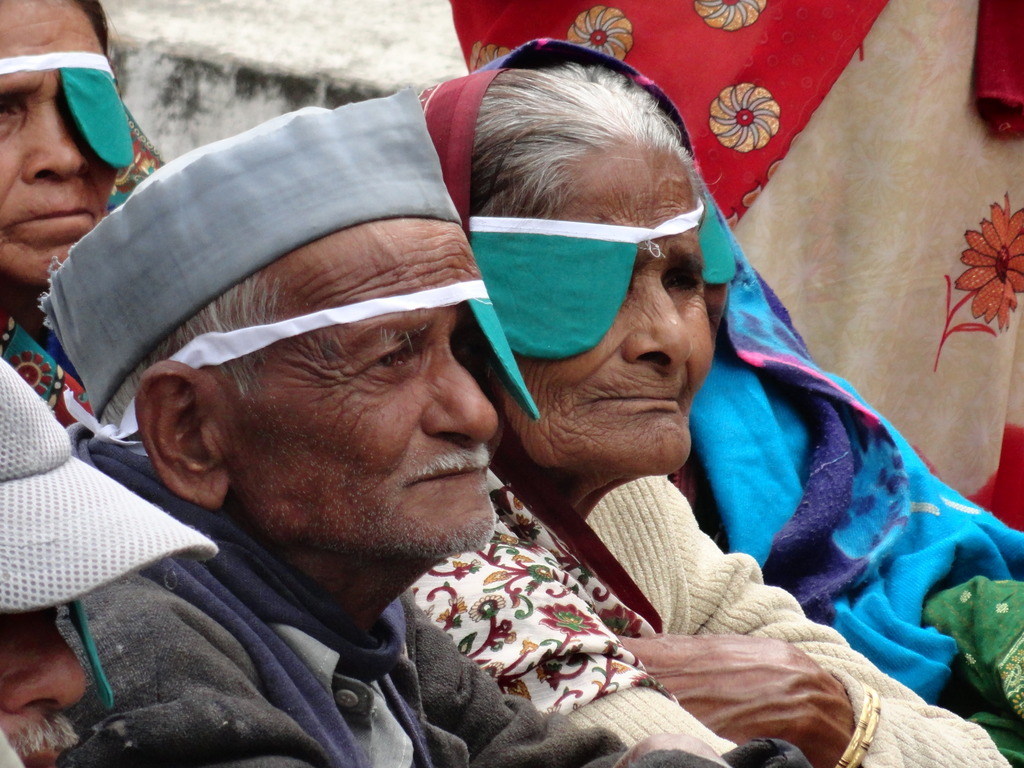 After a cataract camp at Aarohi

Support another project run by Aarohi that needs your help, such as: 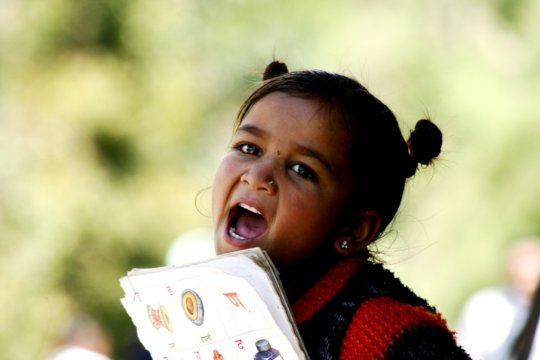 Support a Rural School in the Himalayas
Find a Project

GlobalGiving
Guarantee
Donate https://www.globalgiving.org/dy/cart/view/gg.html?cmd=addItem&projid=10365&rf=microdata&frequency=ONCE&amount=25
Please Note
WARNING: Javascript is currently disabled or is not available in your browser. GlobalGiving makes extensive use of Javascript and will not function properly with Javascript disabled. Please enable Javascript and refresh this page.