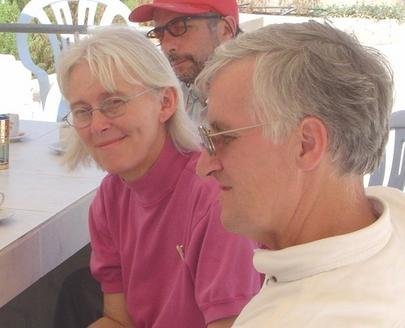 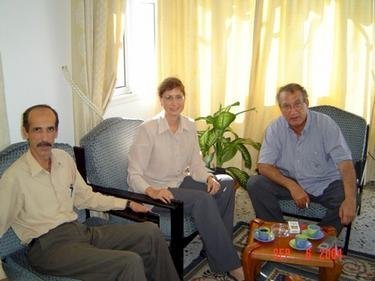 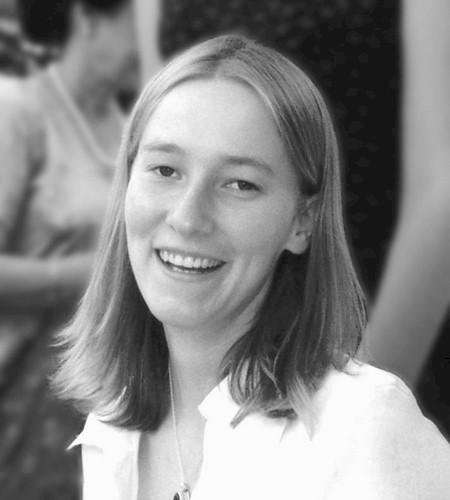 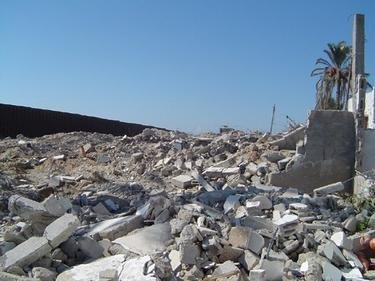 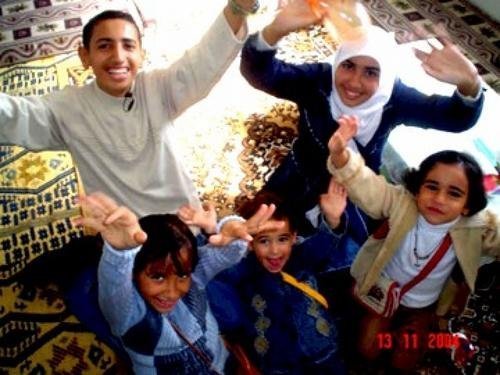 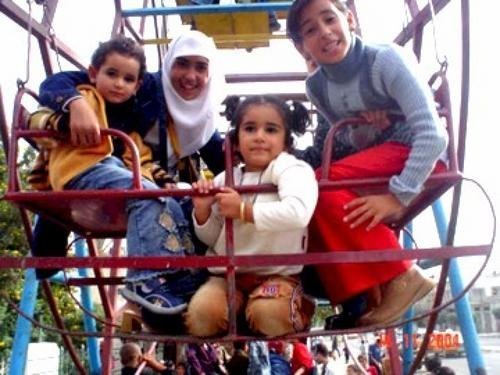 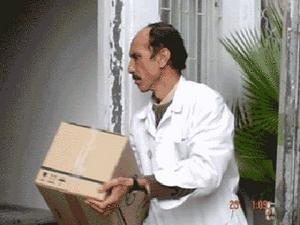 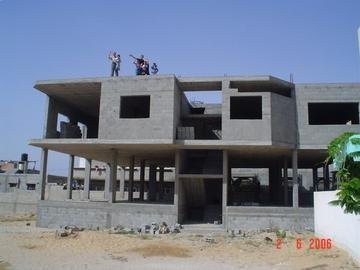 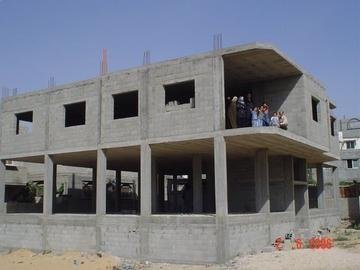 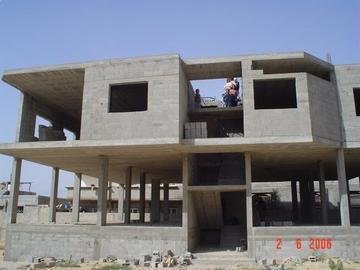 Fourth Anniversary of American Activist Death by Israeli Bulldozer Palo Alto Calif., March 16, 2007 - Today, on the fourth anniversary of the killing of American activist Rachel Corrie, The Rebuilding Alliance and partner NGO Gaza Community Mental Health Programme invite the world to reach through the blockade of Gaza to join a series of "Housewarming Teleconferences" in April to celebrate the opening of the first home in the Rachel Corrie Rebuilding Campaign in Gaza. Four years ago, on March 16, 2003, twenty-three year old Rachel Corrie stood with her megaphone to stop the Israeli army bulldozer that threatened the Gaza home of the Nasrallah family. She had lived with that family and knew there were 5 children inside the home. The bulldozer driver did not stop and Rachel was killed. The Israeli Army destroyed 2200 homes in that Rafah Gaza town. Rachel was a member of the International Solidarity Movement. Formed when the UN Security Council refused to send UN peacekeepers, Rachel joined a civilian movement from all over the world to stand with Palestinians in nonviolent struggle against the Israeli occupation. "Her memory is an inspiration to us," said Mr. Hussam El Nounou, co-founder of the NGO, Gaza Community Mental Health Programme, "because she gave the ultimate sacrifice for a just cause that was not her own. She, and the hundreds who stand with us here, restore our faith in the goodness of the American people."

In April, dignitaries from around the world will be guest speakers in a series of "Housewarming Teleconferences" co-sponsored by the Gaza Community Mental Health Programme in partnership with the American nonprofit, The Rebuilding Alliance. "Though Gaza remains blockaded by the Israeli Army with devastating consequences on the daily life of its 1.3 million residents," explains Donna Baranski-Walker, Exec Director of the Rebuilding Alliance, "we will connect audiences a hundred at a time, using telephone conferences to celebrate the opening of the first home in the Rachel Corrie Rebuilding Campaign in Gaza." Guest speakers will include religious leaders, political representatives, philanthropists, and entertainers. One teleconference will be held in Arabic, one in Hebrew, and the rest in English. The teleconferences are open to the public, and people in Gaza and throughout the world are invited to register by going to www.RebuildingAlliance.org The Rachel Corrie Rebuilding Campaign is jointly sponsored by the Gaza Community Mental Health Programme in partnership with the American NGO, the Rebuilding Alliance. A seven state U.S. speaking tour in May, 2007 will feature Mr. Husam El Nounou from Gaza and Rebuilding Alliance board member Rabbi Jeremy Milgrom from Jerusalem.

Mr. Hussam El Nounou is part of the founding team of the Gaza Community Mental Health Programme (GCMHP) along with Dr Eyad El Sarraj. As the public relations coordinator for GCMHP, he serves as editor-in-chief of a bi-monthly magazine, Amwaj, has chaired the organizing Committees for 5 international conferences, and represents GCMHP in the Palestinian Non-governmental Organizations Network (PNGO) where he served as the first coordinator for the Network Steering Committee. Fluent in English and his native Arabic, Mr. El Nounou is also proficient in Hebrew. Mr. El Nounou traveled to the U.S. in 2000 as part of the "International Visitors Programme" organized by the US State Department. He deeply believes in peace and coexistence and sees the Rachel Corrie Rebuilding Campaign as an important way for ordinary people to impact a devastating human rights issue.

The partnership between GCMHP and the Rebuilding Alliance provides trauma recovery through helping Palestinian families and communities rebuild their demolished homes and schools. GCMHP is a Palestinian non-governmental, non-profit organization established in 1990 to provide comprehensive community mental health services - therapy, training and research - to the population of the Gaza Strip. Since that time, the Gaza Strip - one of the most densely populated areas in the world, with two thirds of the population being refugees and 50% being younger than 16 years - has witnessed extreme forms of violence and suffering, due to Israeli occupation and military operations. Today, after 17 years, GCMHP remains the leading organization in Palestine providing psycho-social programs, adopting a comprehensive, community based approach for working with children, women, and victims of human rights violations. Read more at www.GCMHP.net

Donna Baranski-Walker is the founder and Executive Director of the Rebuilding Alliance. She holds a B.S. from the Massachusetts Institute of Technology and an M.S. from the University of Hawaii. The Rebuilding Alliance, an American nonprofit based in Palo Alto California, is committed to rebuilding homes and communities in regions of war and occupation. TRA advocates for government policies towards these regions based on human rights and international law. Through a mutual commitment to justice, TRA creates alliances among supporters, partners, and those who suffer injustice and violence, yet resist through rebuilding. TRA projects are symbols of hope that help rebuild shattered communities and offer people around the world immediate ways to make peace, starting with the tangible support of a family's right to a home. Read more at www.RebuildingAlliance.org

Thanks to 10 donors like you, a total of $1,575 was raised for this project on GlobalGiving. Combined with other sources of funding, this project raised enough money to fund the outlined activities and is no longer accepting donations.
You last donated to this project on 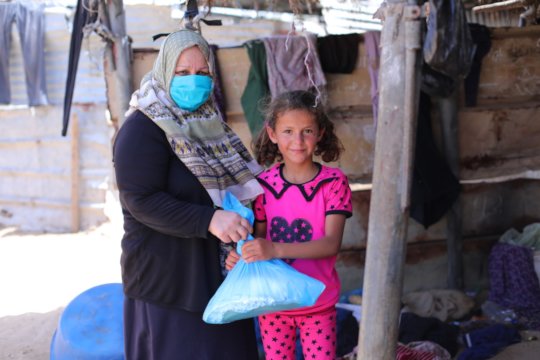 GlobalGiving
Guarantee
Donate https://www.globalgiving.org/dy/cart/view/gg.html?cmd=addItem&projid=929&rf=microdata&frequency=ONCE&amount=25
Please Note
WARNING: Javascript is currently disabled or is not available in your browser. GlobalGiving makes extensive use of Javascript and will not function properly with Javascript disabled. Please enable Javascript and refresh this page.