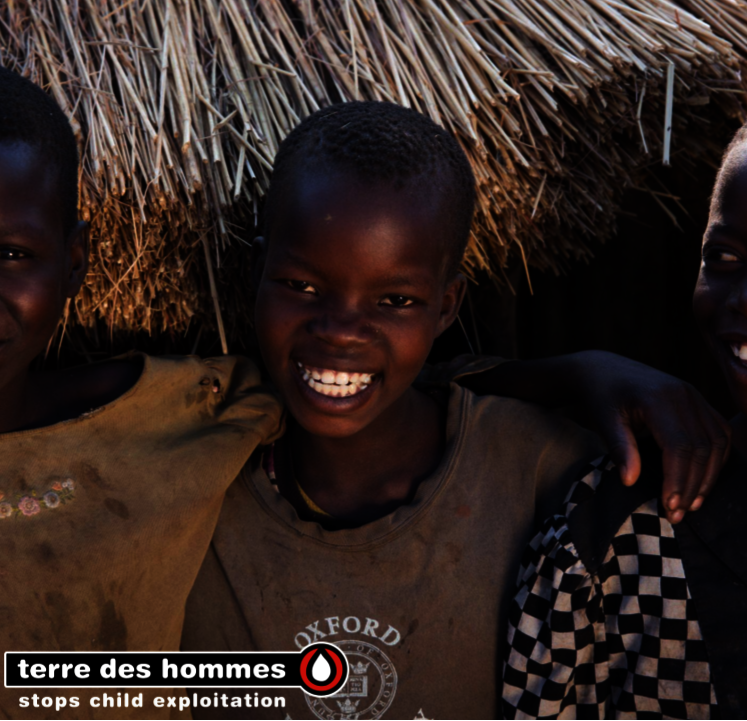 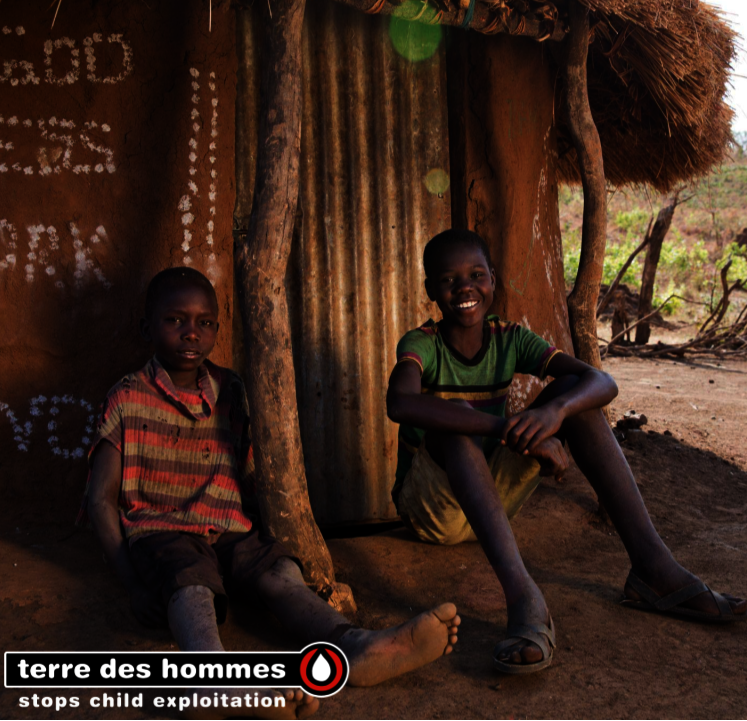 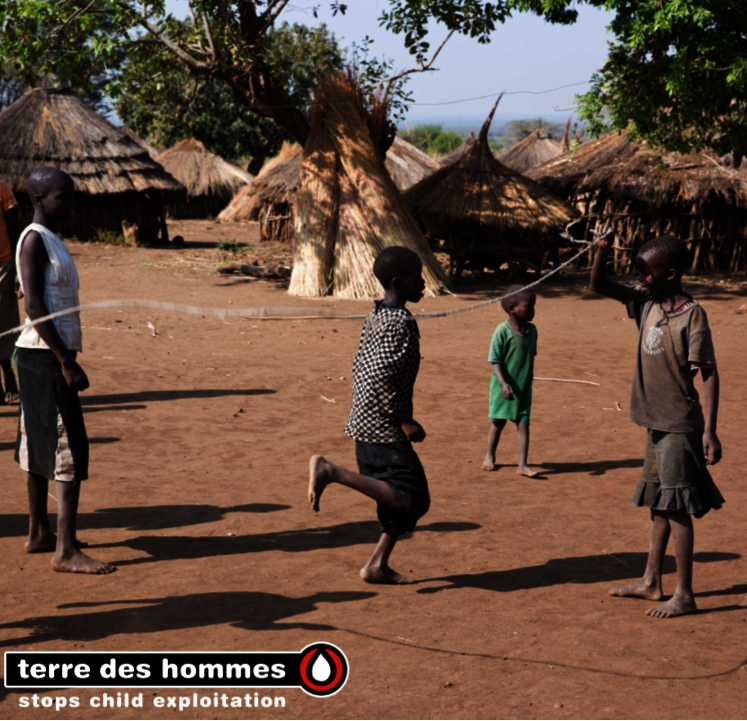 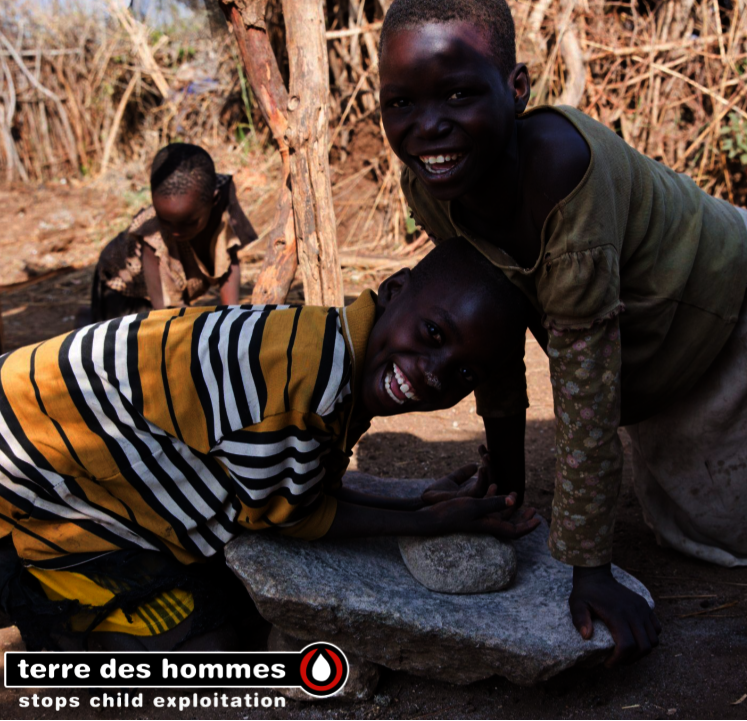 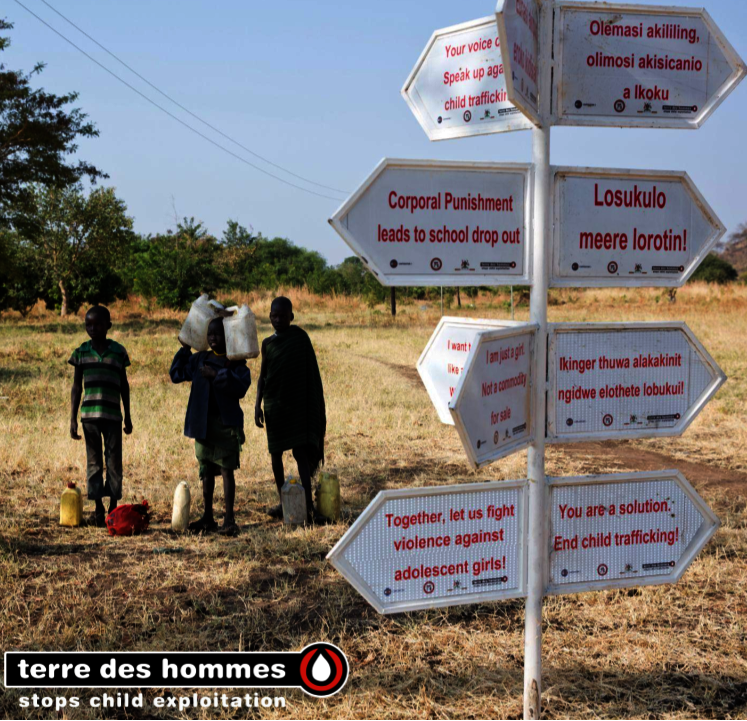 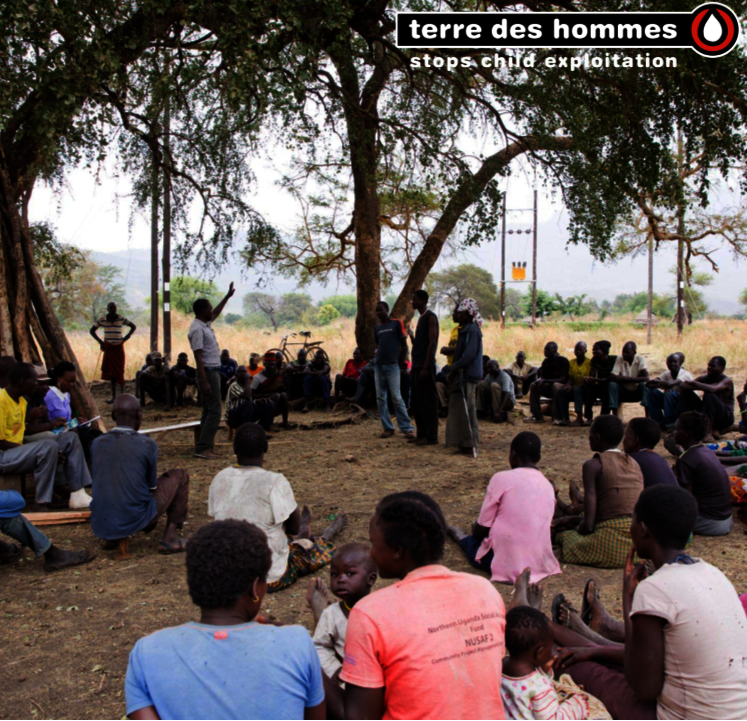 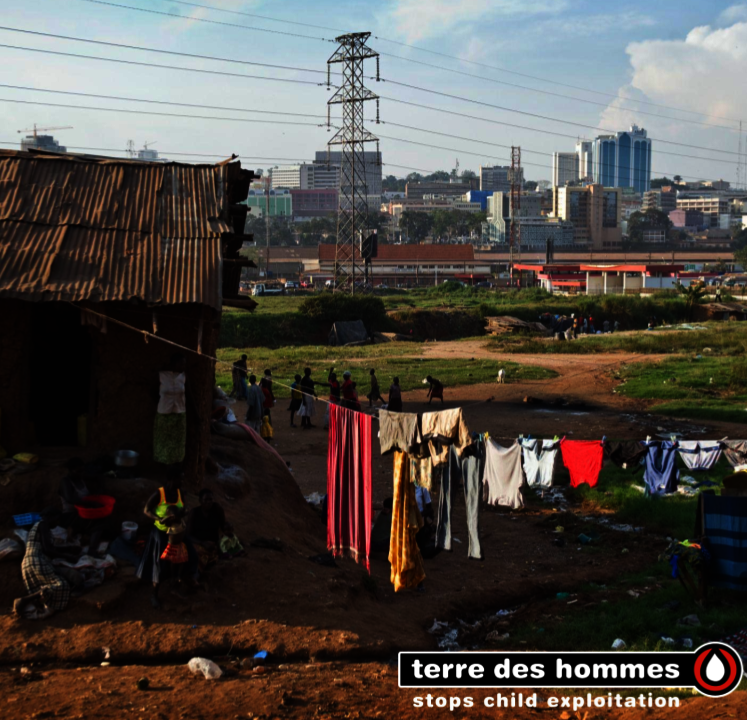 From the streets to the classroom seat 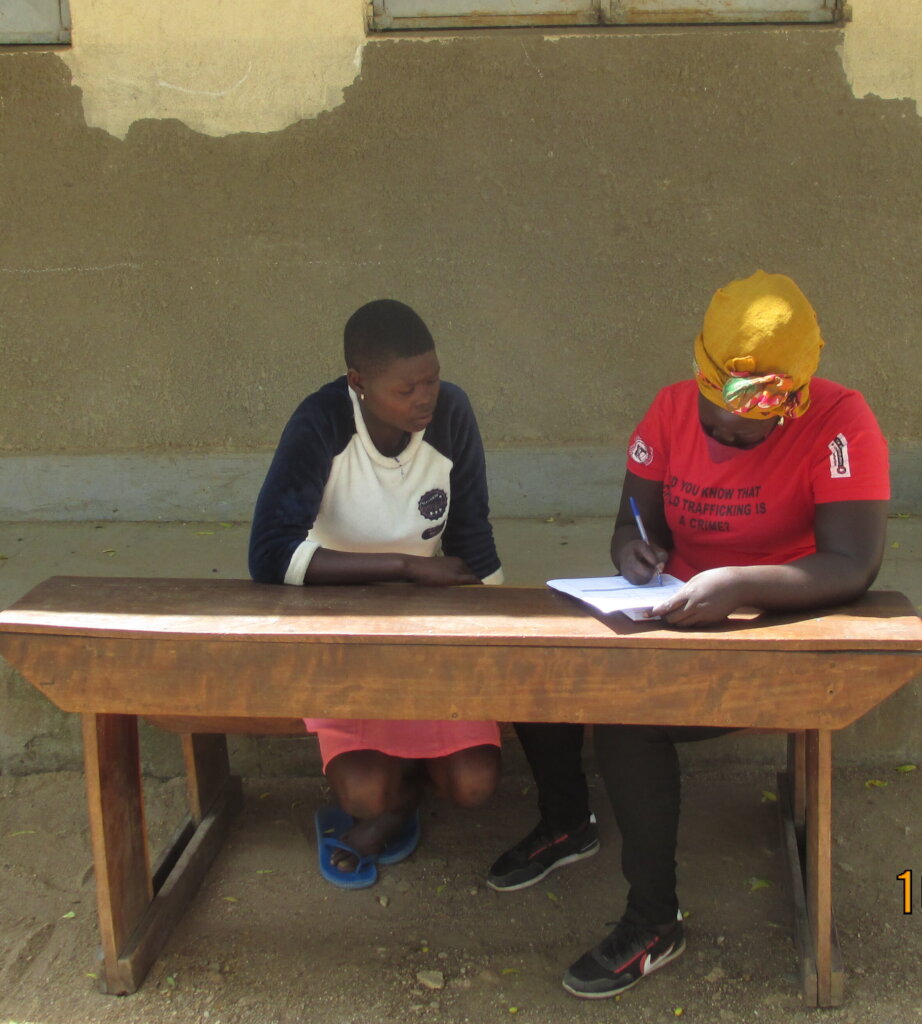 Karamoja is one of the most vulnerable sub-region for child trafficking and unsafe migration. Most Karamojongs are forced to migrate to Kampala due to insecurity and harsh climatic conditions that have caused drought, poverty, and food insecurity in the region.

17-year-old Nangiro is one of the children who was rescued from the tough street life, rehabilitated and successfully reintegrated back home.

Her family, including her 6 siblings, stayed with their grandmother in her small grass-thatched hut. Unfortunately, life became so unbearable that on most days Nangiro and her family went without food. In addition to this, the area they lived in faced a lot of insecurity often caused by cattle rustlers. These factors pushed them to migrate to Kampala’s streets in 2011, in search of a better life.

For about a year, Nangiro lived on the streets begging and occasionally helping her mother babysit her siblings. This put them at great risk of being trafficked or sexually exploited by perpetrators looking to take advantage of their vulnerable situation. She recalls, “The situation before was not good at all because my family ended up being with me on the streets where we did not have good shelter and we could survive on food from the rubbish pits which was not good for human consumption. But God is great. He protected my mother, siblings and I while on the streets.”

Terre des Hommes Netherlands’ partner, Dwelling Places, came to their rescue in 2012. The rescue team found them begging on the streets and they took them in for rehabilitation. Nangiro had never been to school up until then, but that changed after their rescue.

Nangiro and her family were rehabilitated and repatriated back home for reintegration. However, family assessments during reintegration indicated that they were still extremely vulnerable and were likely to end up on the streets again. To reduce Nangiro's vulnerability to returning to the streets or being trafficked, she was enrolled in an educational support program. She was provided with scholastic materials and psychological support in preparation for her school enrollment. The project has supported Nangiro to remain in school to date.

Nangiro’s family received animals from the project as an income-generating activity. From this, the family could now afford to sustainably feed the entire household. They were also linked to a savings and loans association to help them grow their income. Now, they can afford two meals per day unlike before, when they starved for days. The family has also expanded their home from one hut to three huts. Currently, Nangiro is a cheerful girl who is in class six. She helps her family with household chores. During her leisure time, she reads books and when she can, she shares her life experience and the dangers of child trafficking and child abuse with her peers, especially now during the Covid-19 pandemic when children are susceptible to exploitation. “I hope to be someone great in future so as I take care of my family and pay school fees for vulnerable children in my community and Uganda at large God-willing.”

Terre des Hommes Netherlands seeks to continue to contribute to the sustainable reduction of the high numbers of children trafficked or unsafely migrating for street begging and street-related work.

« Previous - "Safe Repatriation Back Ho..."
"A better life than before" - Next »
Comments:

Donating through GlobalGiving is safe, secure, and easy with many payment options to choose from. View other ways to donate
Terre Des Hommes Netherlands has earned this recognition on GlobalGiving:

GlobalGiving
Guarantee
Donate https://www.globalgiving.org/dy/cart/view/gg.html?cmd=addItem&projid=52750&rf=microdata&frequency=ONCE&amount=25
Please Note
WARNING: Javascript is currently disabled or is not available in your browser. GlobalGiving makes extensive use of Javascript and will not function properly with Javascript disabled. Please enable Javascript and refresh this page.