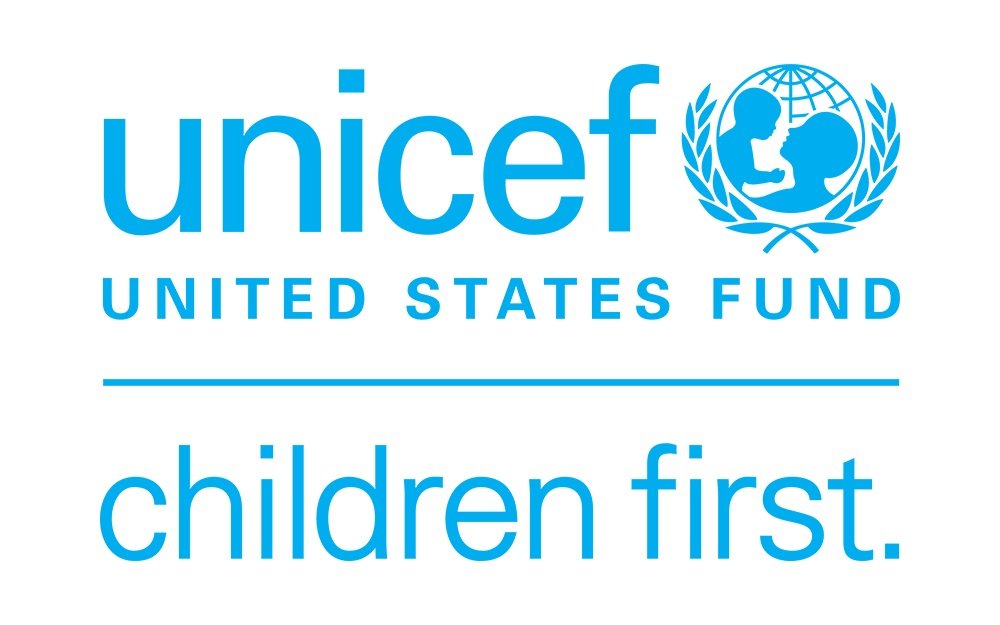 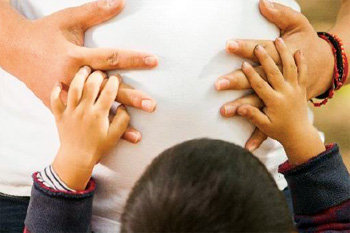 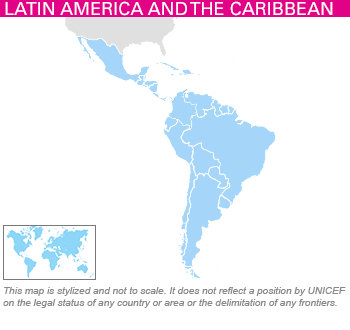 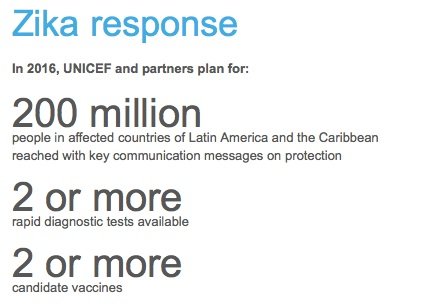 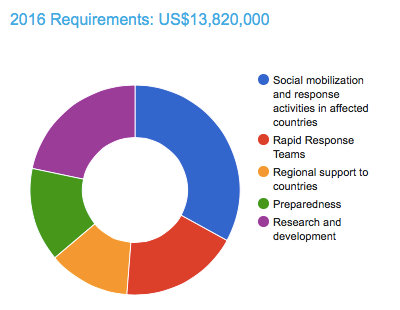 With the Zika virus now a public health emergency affecting more than 20 countries in Latin America and the Caribbean, UNICEF is working with governments to mobilize communities to protect themselves from infection.

“Although there is still no conclusive evidence of the causal link between microcephaly and the Zika virus, there is enough concern to warrant immediate action,” said Dr. Heather Papowitz, UNICEF’s Senior Advisor for Health Emergencies. “We need to act fast to provide women and pregnant mothers with the information they need to protect themselves and their babies, and we need to engage with communities on how to stop the mosquito that is carrying and transmitting this virus.”

Registered cases of microcephaly in newborn babies in Brazil have soared to 4,180 between 22 October 2015 and 26 January 2016. In 2014, there were 147 cases across the whole country. Working with the government and other partners, UNICEF is engaging communities in Brazil with messages on how to avoid mosquito bites and eliminate breeding sites.

With the virus spreading far and fast, simple measures that can help keep people safe include using insect repellent, covering as much of the body as possible with long, light-coloured clothing, removing places where mosquitoes can breed, and putting screens on windows and doors. Pregnant women who think they have been exposed to the virus should seek care by a trained health provider.

While the surge in microcephaly has so far only been reported in Brazil, UNICEF is also scaling up its support to other countries in the region and stands ready to support national governments as needed – using its network of 24 offices serving 35 countries and territories.

UNICEF has launched a nearly $9 million appeal for its programmes to limit the spread of the virus and mitigate its impact on newborns and their families across the region. 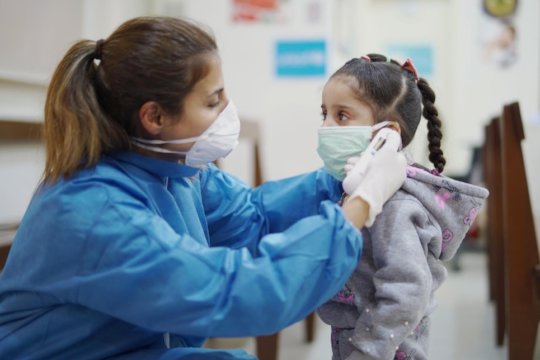 GlobalGiving
Guarantee
Donate https://www.globalgiving.org/dy/cart/view/gg.html?cmd=addItem&projid=23138&rf=microdata&frequency=ONCE&amount=25
Please Note
WARNING: Javascript is currently disabled or is not available in your browser. GlobalGiving makes extensive use of Javascript and will not function properly with Javascript disabled. Please enable Javascript and refresh this page.