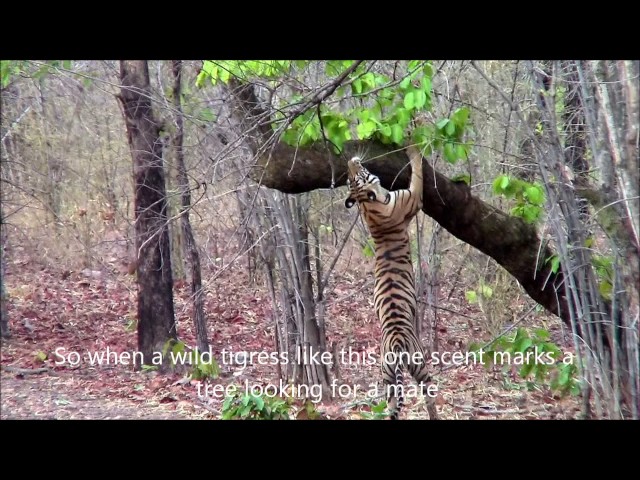 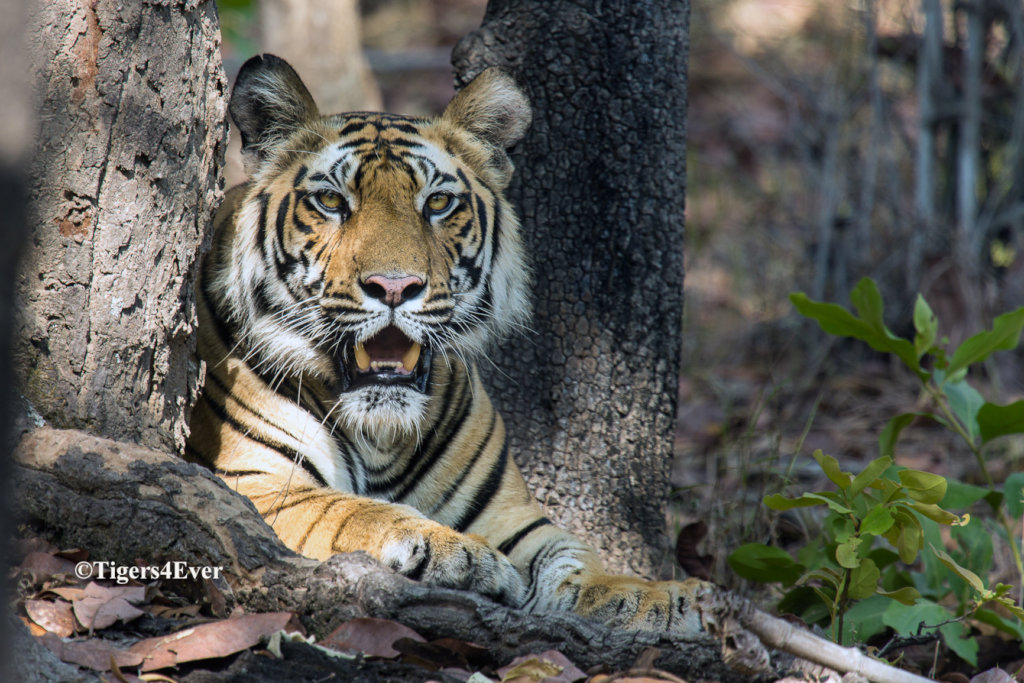 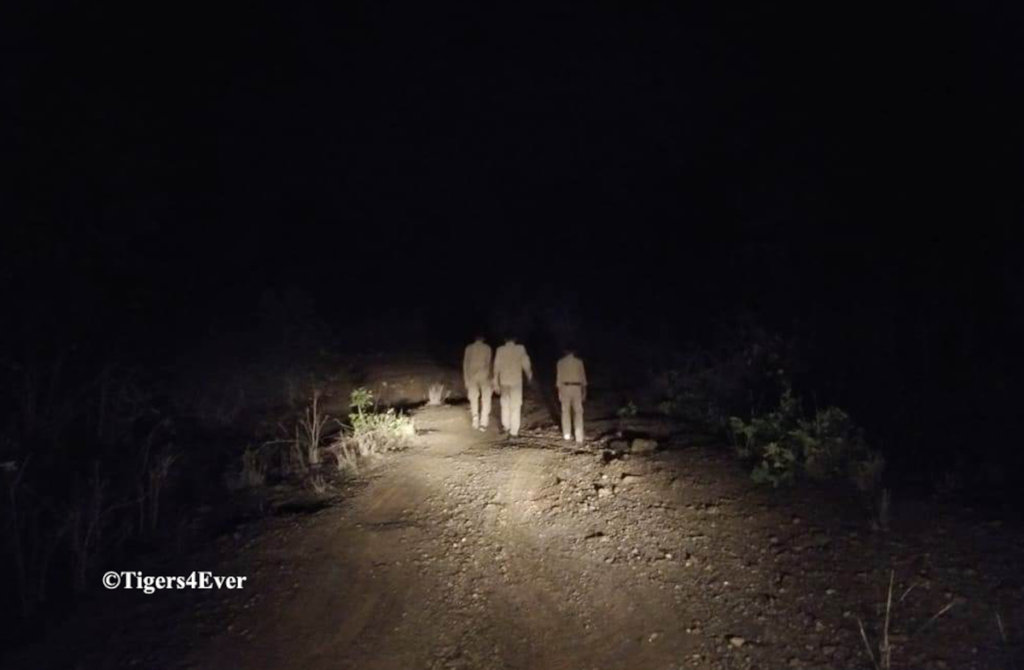 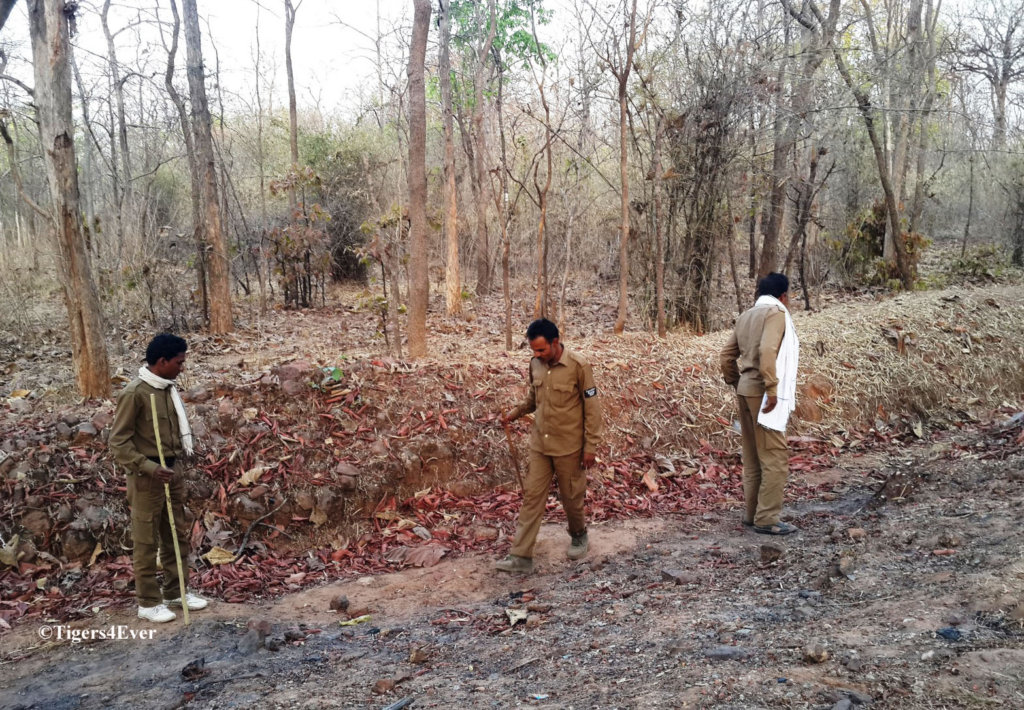 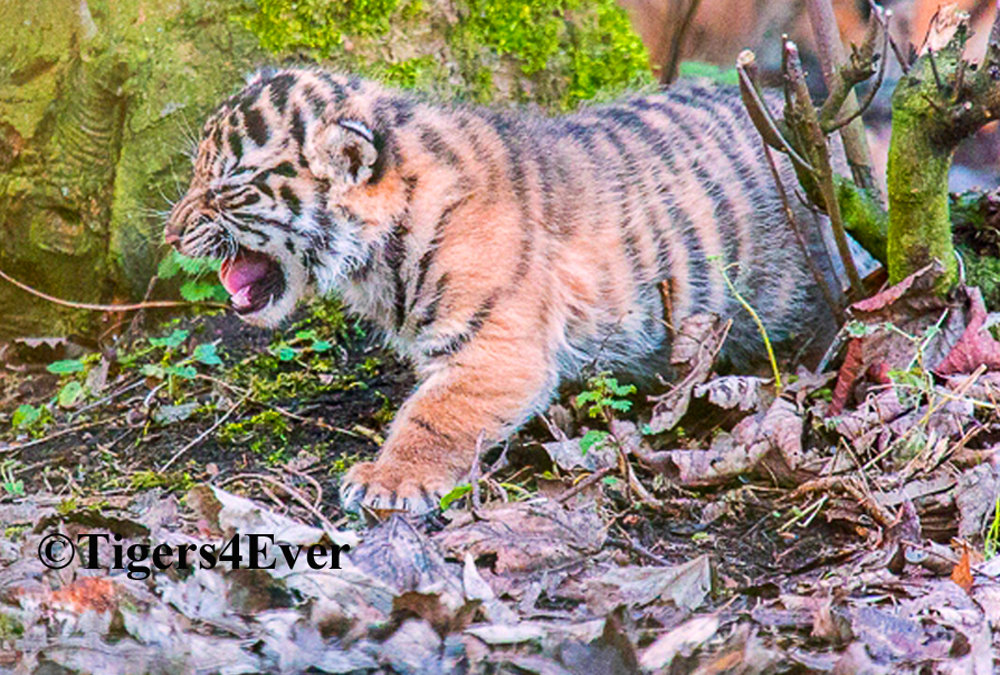 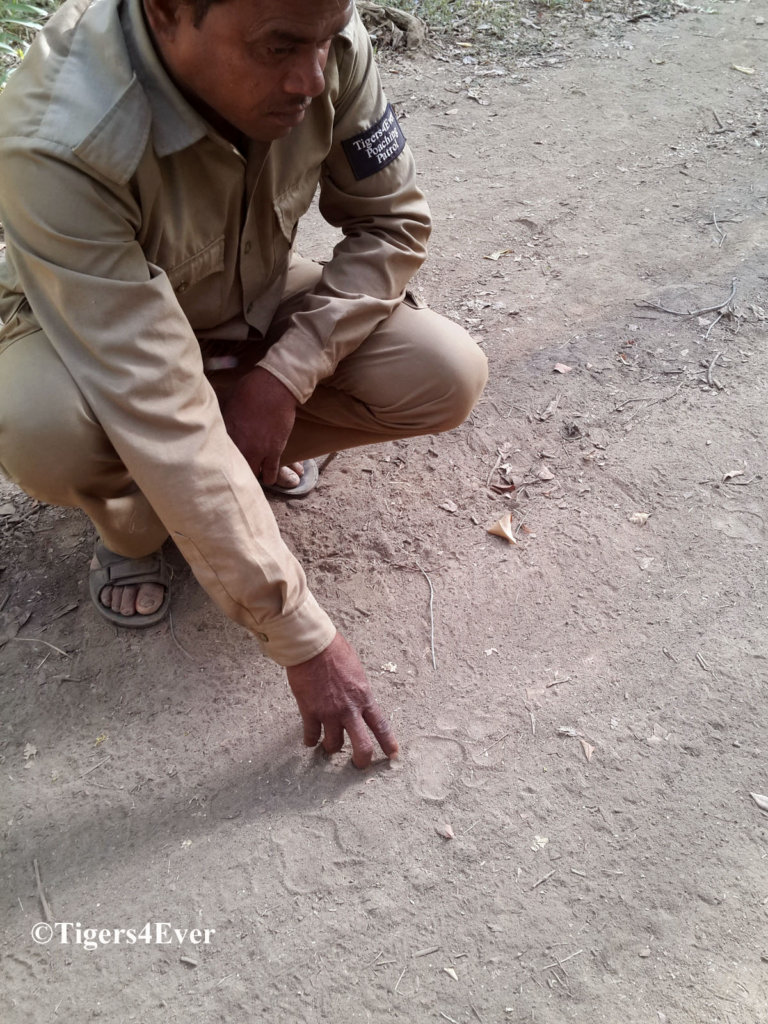 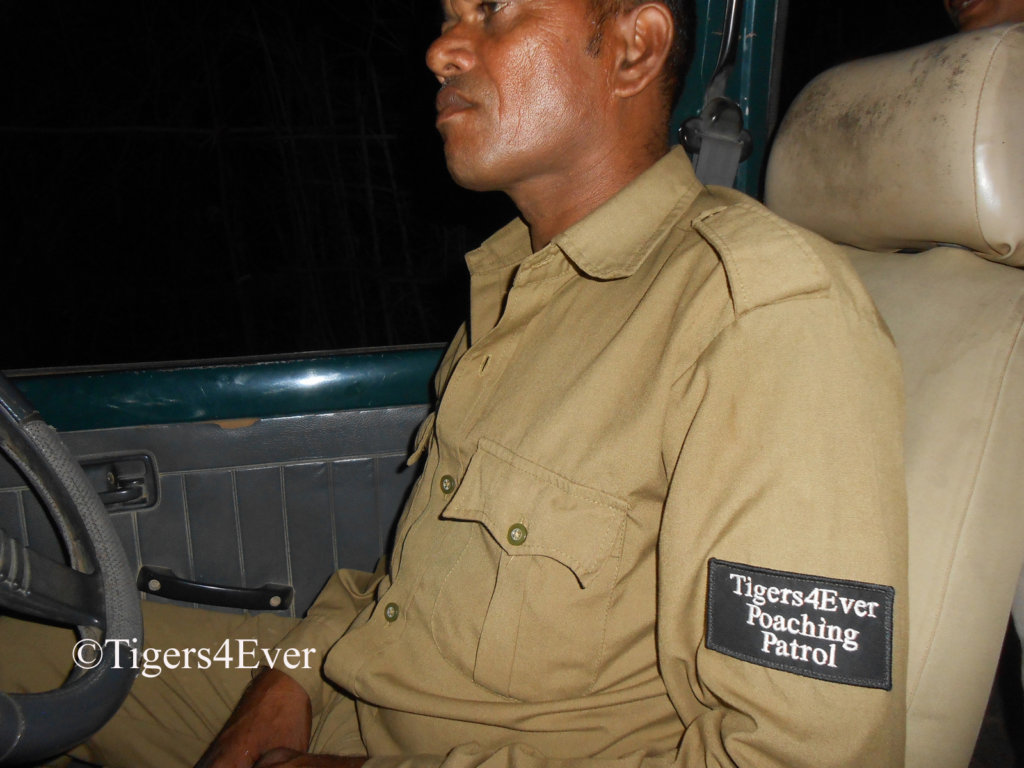 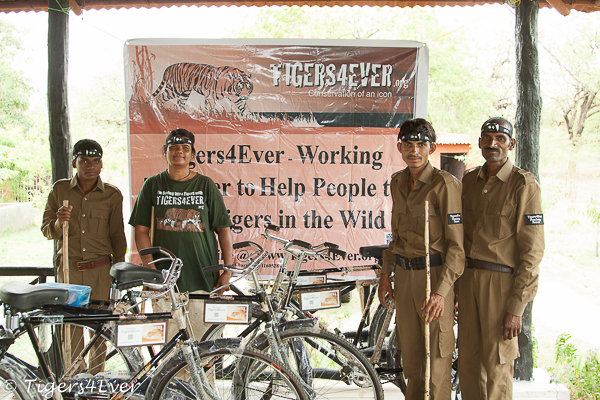 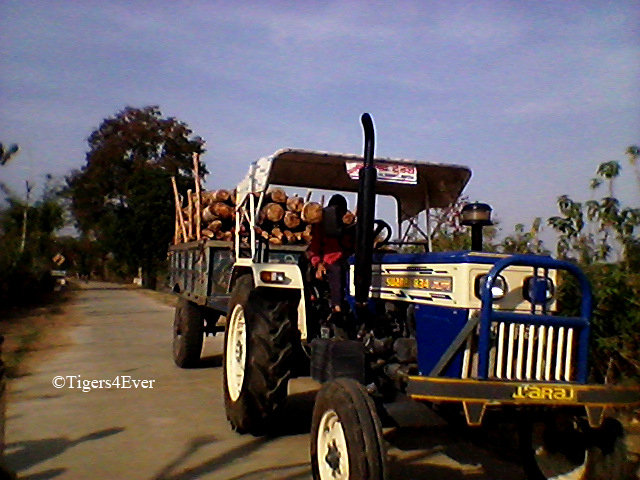 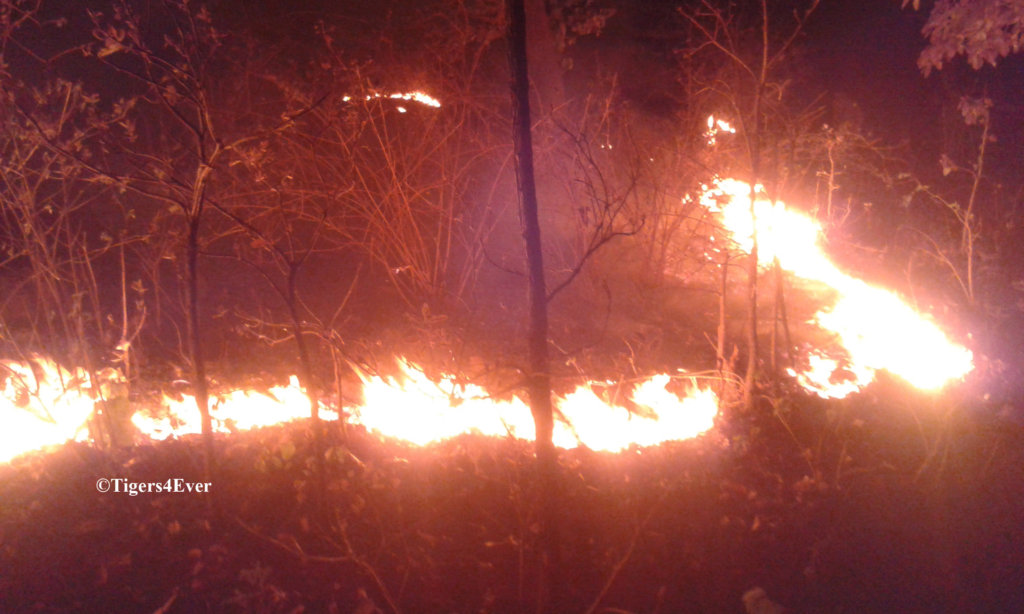 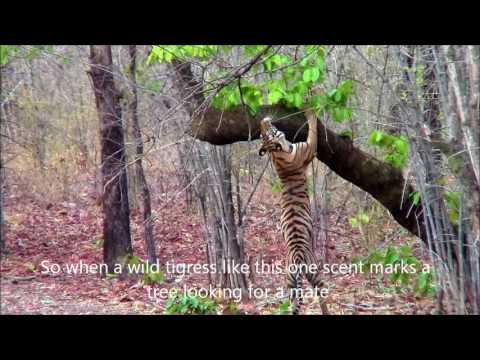 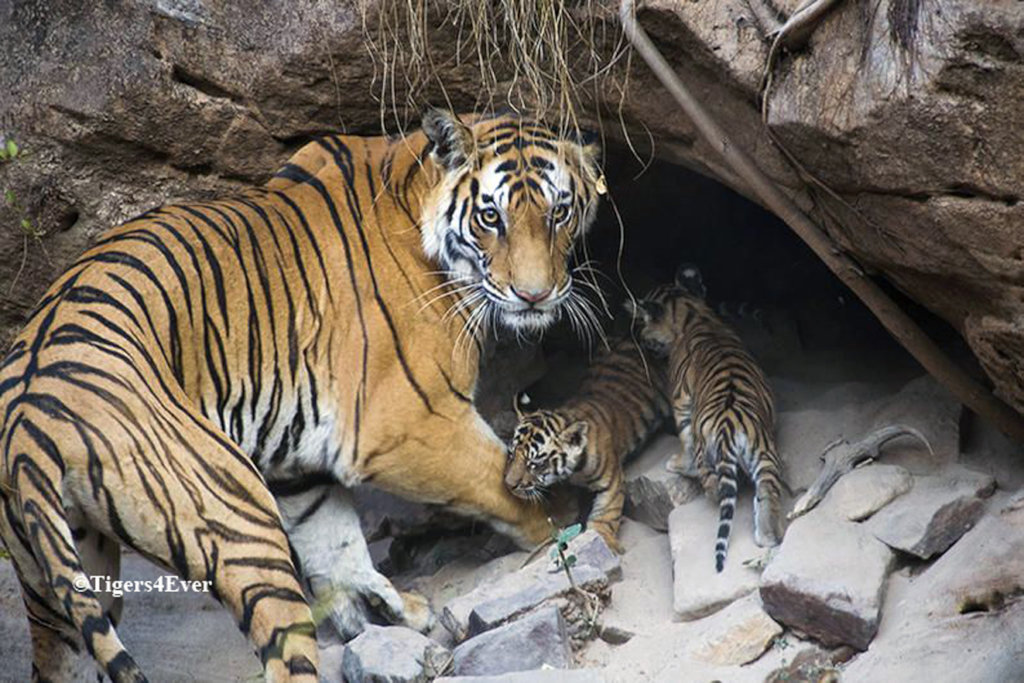 Your amazing support over the last four months has helped us to resume double patrolling when it is most needed; we asked for your help to keep our patrols doubled until the end of December 2020 and your brilliant support has enabled us to keep this going throughout January - March 2021 too. Thank you on behalf of the wild tigers which your support is helping us to keep safe.

I can’t remember when I last wrote a project newsletter which wasn’t driven by the impacts of COVID19, but we are in unprecedented times on a global scale and wild tigers in India are impacted by the consequences too. Since March 2020, human encroachment and human-animal conflict have been at their highest levels for some six years. I have to say that it is a relief these days when we can go a week without receiving news of someone being mauled or a tiger or leopard having been killed in a territorial battle. Tiger-Tiger and Tiger-Leopard conflict is another consequence of shrinking habitat due in part to historical logging and population growth but worsened in the last 12 months by the increase in human encroachment in the forest.

In the last month we learnt of two big cat deaths in the Panpatha buffer forest of Bandhavgarh, heart-breaking because this happened in successive days. First we learnt that a leopard had been killed by a tiger, then the following day a 3 year old female tiger was discovered dead less than a mile away. The tigress also died from the wounds inflicted in a territorial fight. What people don’t always realise is the frequency of these tiger-tiger territorial fights is increasing because of human disturbance in the forest. Every time people take their livestock to forest, or go to collect wood, tendu leaves, mahua flowers, fruit or honey to sell they disturb the native inhabitants of the forest. Deer and other prey animals move away from the human encroachment leaving predators with less to eat, so tigers and leopards move into neighbouring territories in search of food. Under normal circumstances these big cats would avoid each other but hunger motivates them to take increased risks like taking livestock and facing retaliatory poisonings or taking down prey in the territory of another tiger and risking loss of life if caught.

Our anti-poaching patrols are working hard to eliminate the risks caused by increased human encroachment levels; but without your continued support we won’t be able to sustain our doubled patrols indefinitely. The rumours of increased in poaching activity in the neighbouring states persists and we have seen evidence of this with increased arrests of individuals caught with a bounty of tiger skins, leopard skins and other tiger body parts. As the hotter, drier weather approaches and waterholes run dry, the likelihood of human-animal conflict inevitably increases too. In fact two of our waterholes are currently dry because wild elephants have damaged the solar panels which power the bore-well pumps which bring water to the surface. We have been actively fundraising for the last few weeks to buy 4 replacement solar panels, repair the panel framework and erect elephant proof fencing to reduce the risk of recurrence: https://goto.gg/51049 . At the time of writing, we are just £101 (US$140) short of our target to complete this work, so hopefully we will be able to restore the water for the 16 tigers and countless other animals dependent on these waterholes soon.

It isn’t all bad news though; two tigresses have given birth to 4 cubs each since our last project report, a third tigress has 3 new cubs and a fourth has an unspecified number of cubs as their mother hasn’t brought them out of the birthing den yet. We do know that we have at least eleven more tigers to keep safe now in addition to all the others. The patter of tiny paws always gives us an extra incentive to go the extra mile needed to keep wild tigers safe, what about you? https://goto.gg/34704.

The last four months have been just as testing for the people in the villages around Bandhavgarh due to the economic consequences of COVID19, as they continue to put their own lives at risk by going deeper into the forest in search of something to eat or sell. As a consequence, the death and injury toll continues the unprecedented trend we reported in our last project report:

The only way we can address these issues is to keep our patrolling doubled until at least the end of May 2021, when hopefully the COVID vaccination rollout will help to alleviate the economic burden of COVID19, and the villagers’ children will be able to return to school for the first time since March 2020.

With increased patrols, we can cover an extra 500km (312 miles) of wild tiger territory over and above what we were able to do in October when tragedy struck for a tigress and her cubs. The increase also means more time will be spent looking for snares; traps and signs of would be poisoners around forest areas where human encroachment is rife. Increased patrols also help to curb the dangerous encroachment into the territories of wild tigers which is still increasing, and to provide safety advice for those trying to protect their crops and livestock from wandering elephants and tigers respectively.

The only way we can sustain this increase in our patrolling is to ask for your help, again, knowing that your gift today can make a huge difference as to whether Bandhavgarh’s wild tigers can survive these unprecedented threats:

Every single donation received will help us to save wild tigers’ lives, no matter how large or small. The current crisis means that we need your help like never before: https://goto.gg/34704. Next week (08 March – 12 March 2021) is the GlobalGiving Little by Little campaign and we’re taking part, which is good news because your gift up to £36 (US$50) will receive 50% bonus matched funds at no extra cost to you. So if you are able to help during Little by Little your impact will be even greater too. 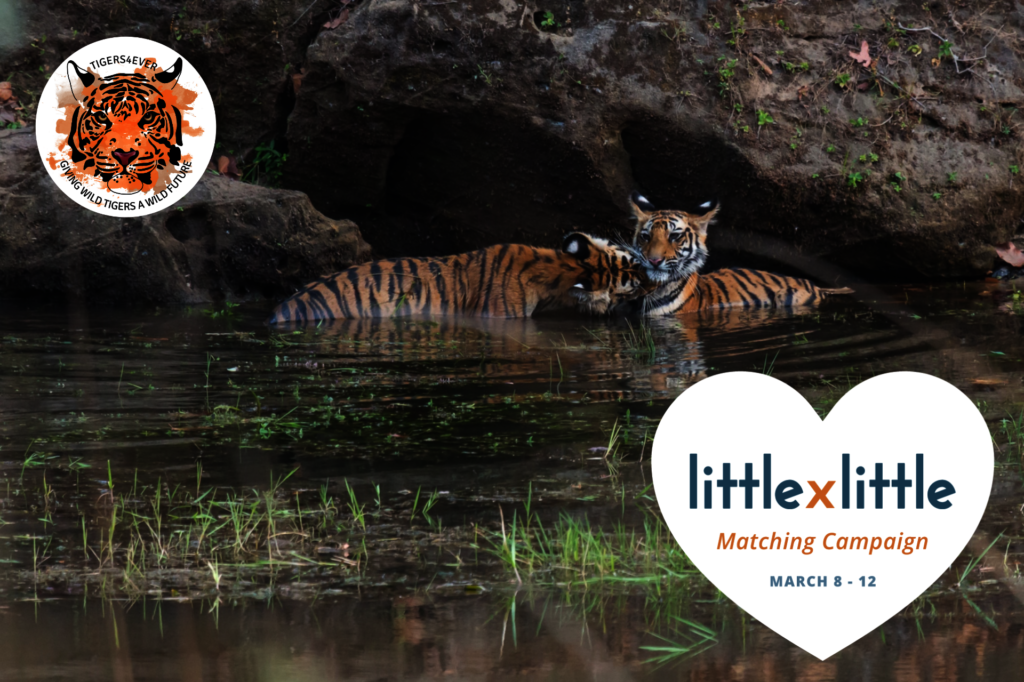 Make a monthly donation & get matched today at 100% while funds remain. Terms and conditions apply.
Give the gift of stability in a time of instability. Set up an automatic, monthly gift now and get matched at 100%—because the COVID-19 pandemic has hurt us all, and it will take all of us to overcome it. Terms and conditions apply.
Monthly giving is as easy, safe, and as inexpensive as a Netflix subscription. Start a monthly donation to Tigers4Ever today and get matched at 100%. Terms and conditions apply.
$14
USD
monthly
Can provide 35 days wages for an anti-poaching patroller
›
$25
USD
monthly
Can provide 60 nutricious hot meals for an anti-poaching patroller
›
$50
USD
monthly
Could provide transport & fuel for a team of Anti-Poaching Patrollers for a month
›

GlobalGiving
Guarantee
Donate https://www.globalgiving.org/dy/cart/view/gg.html?cmd=addItem&projid=34704&rf=microdata&frequency=ONCE&amount=25
Please Note
WARNING: Javascript is currently disabled or is not available in your browser. GlobalGiving makes extensive use of Javascript and will not function properly with Javascript disabled. Please enable Javascript and refresh this page.