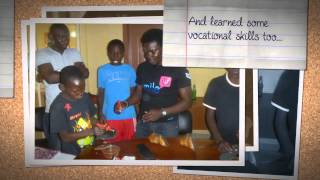 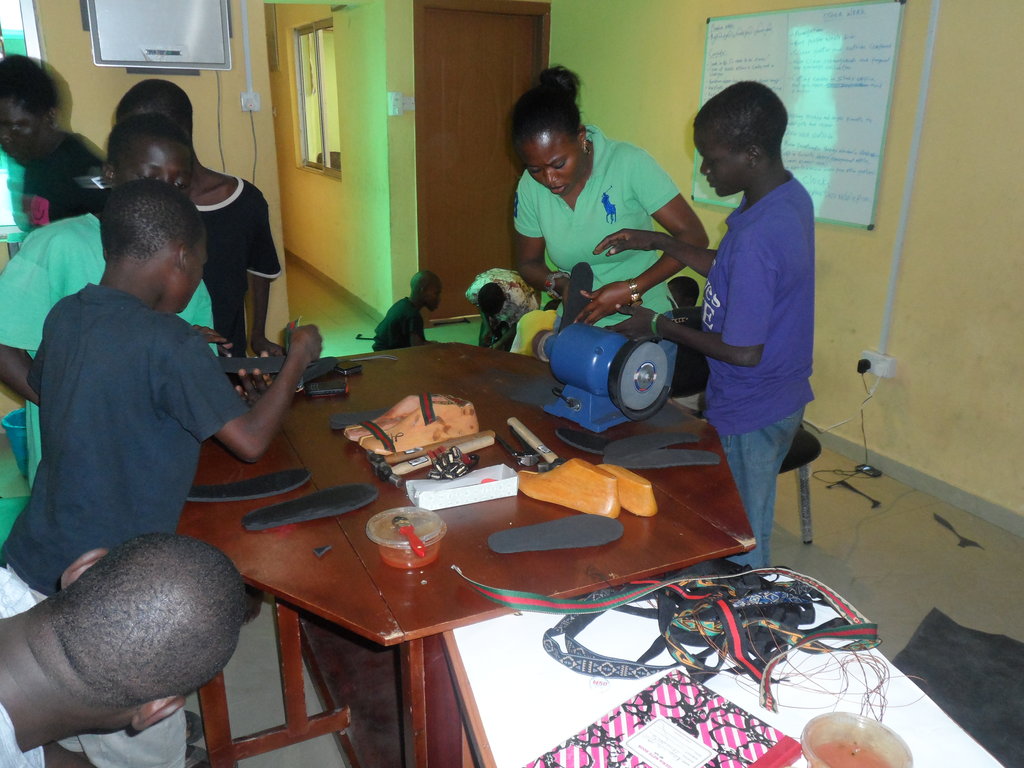 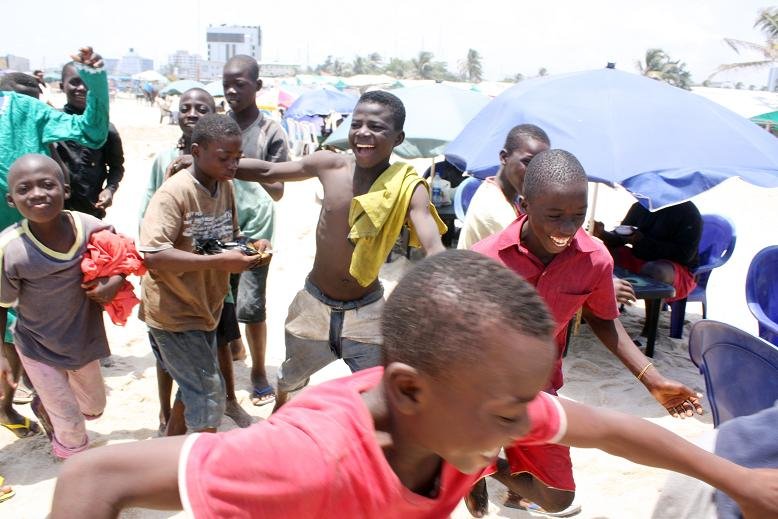 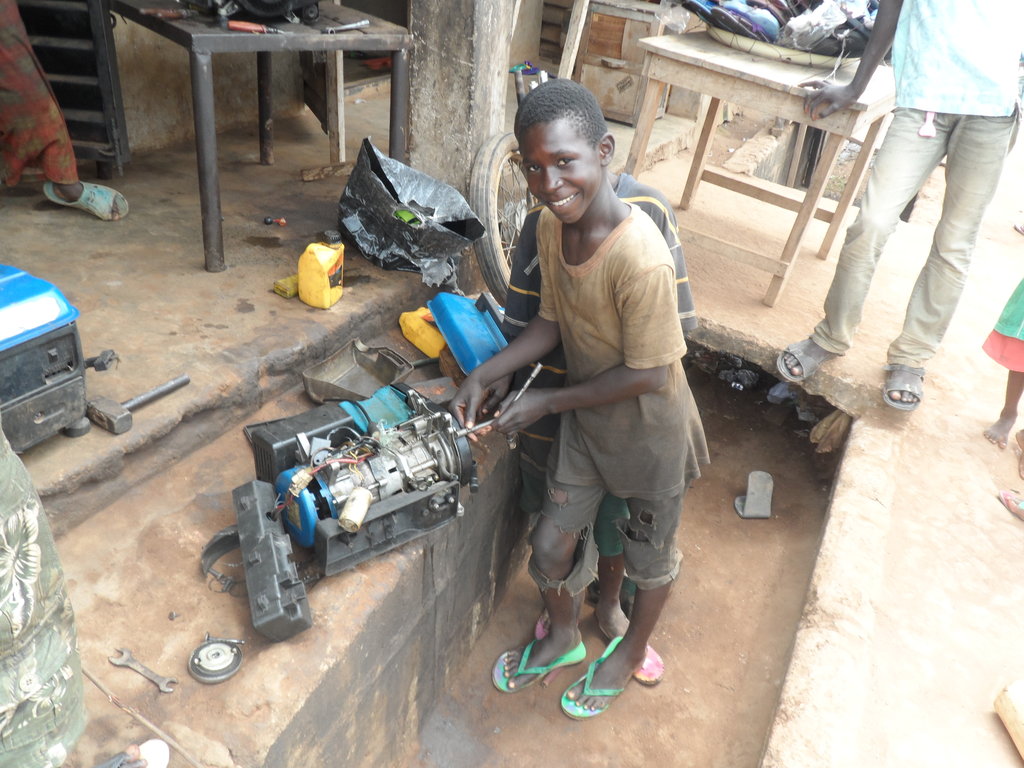 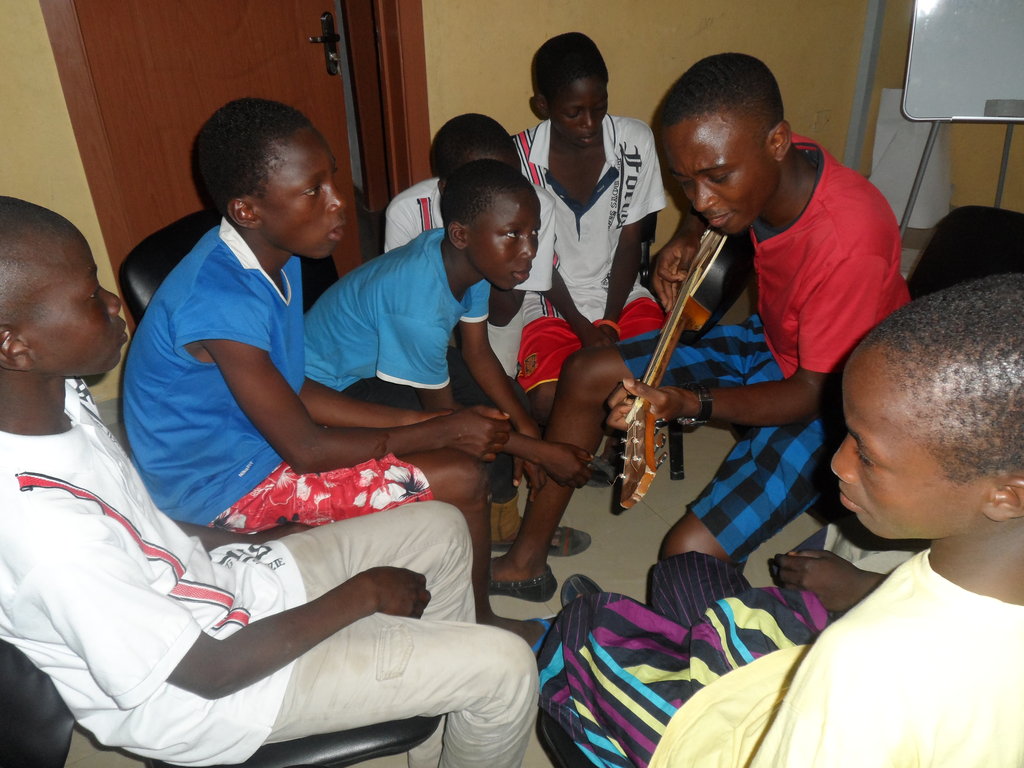 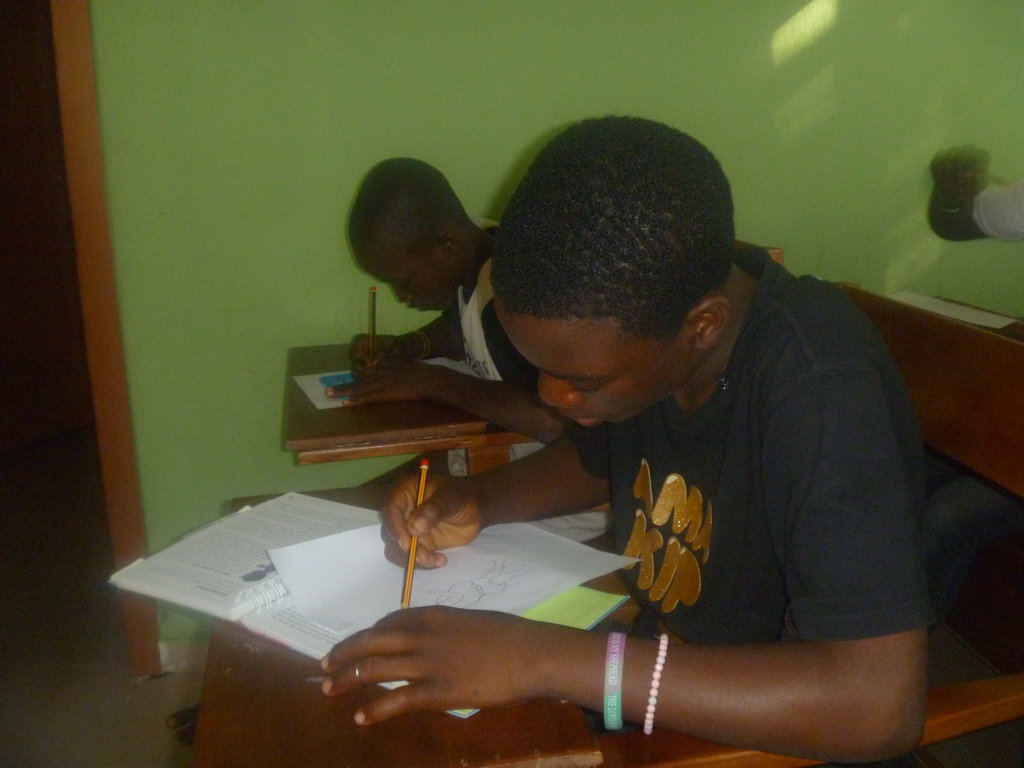 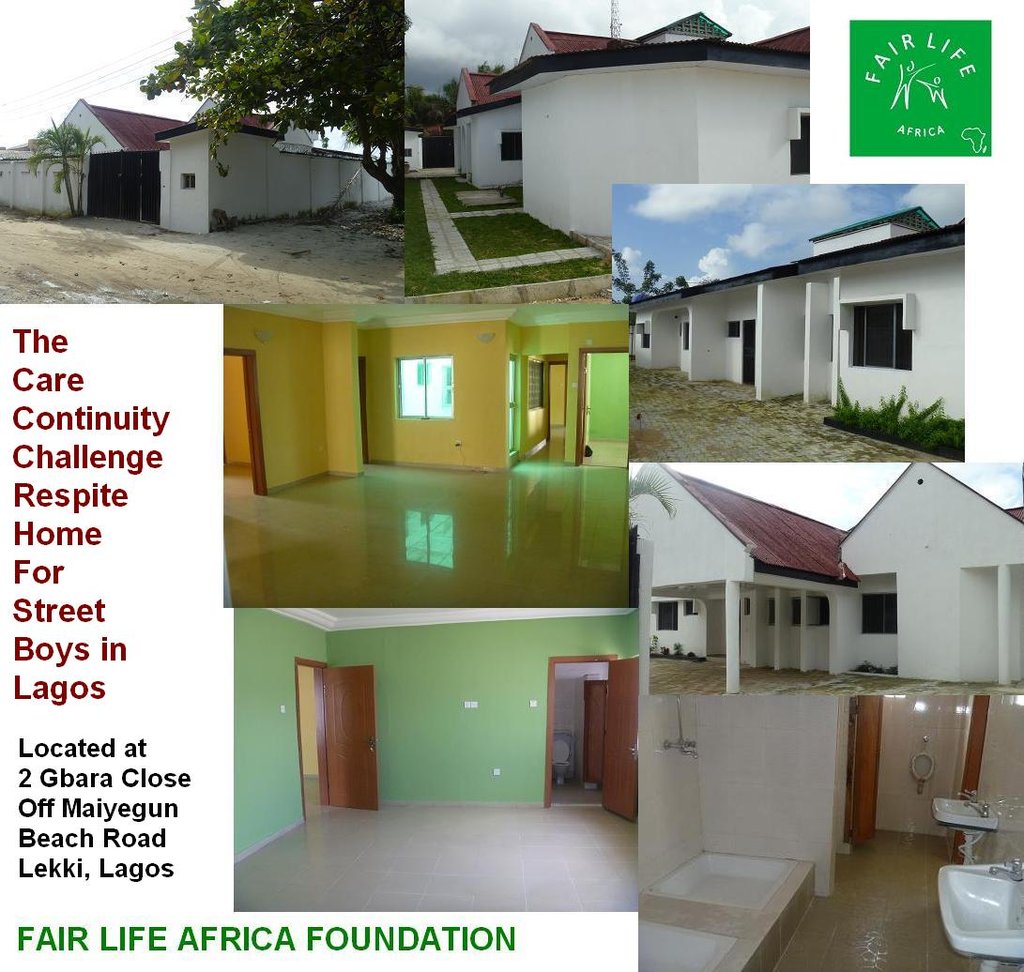 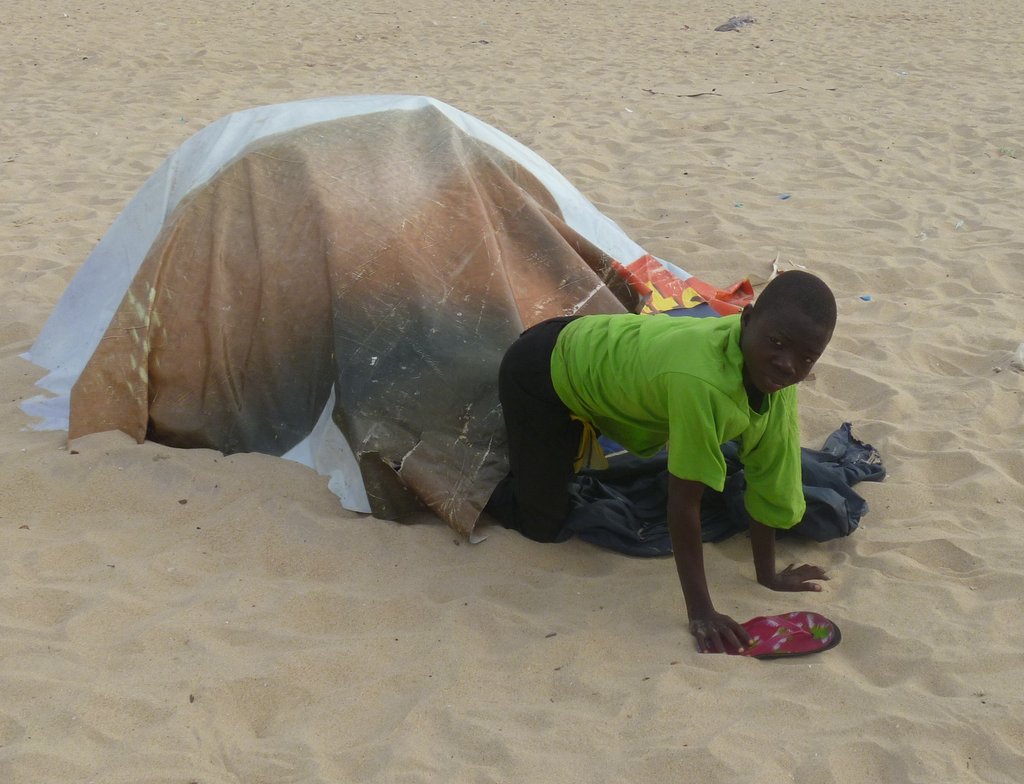 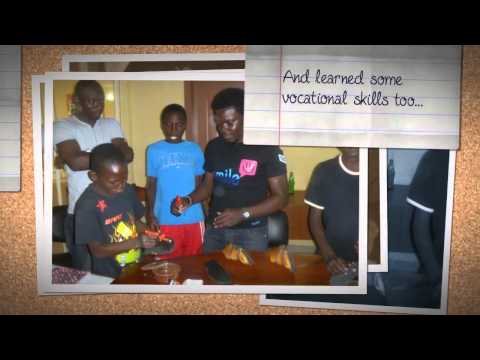 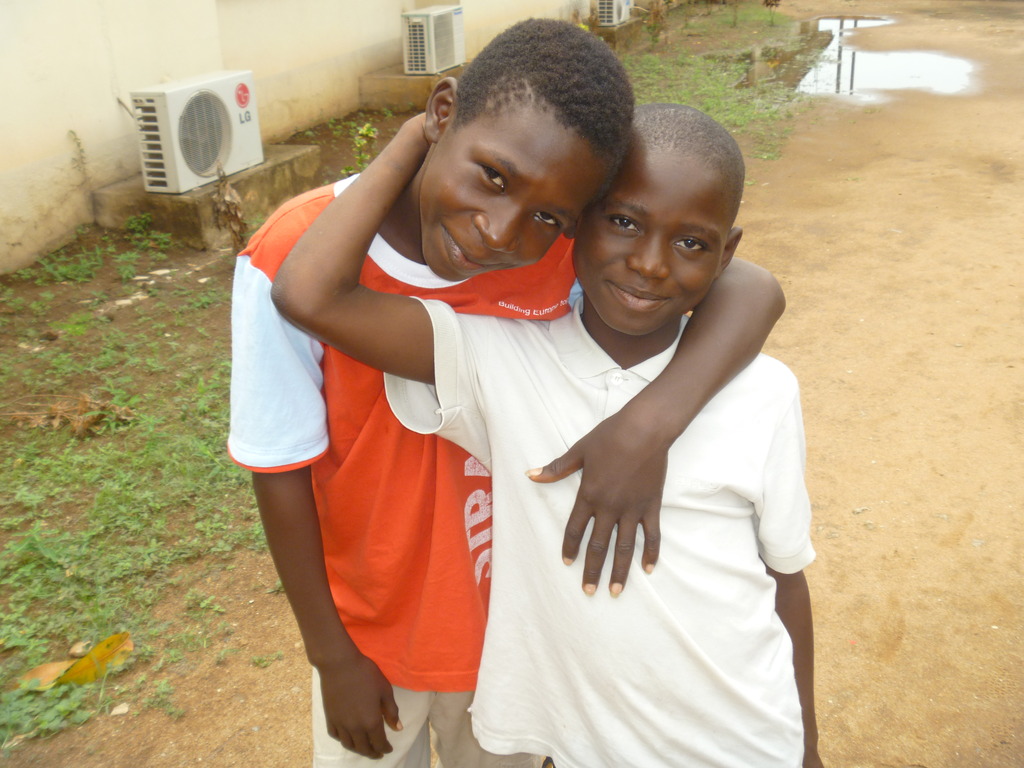 Fair Life Africa Foundation met Tony* (name has been changed) in March 2012 at Kuramo Beach during one of our outreaches.  At the time, he was only 11 years old.  While on the street, he begged for money and helped people carry their loads for tokens during the day, and would sleep on the sand by the beach at night.  Prior to his admission into the FLA Home, he fell ill to malaria, and though we couldn’t accommodate him at the time, we provided him with food and medicine, and took him into our care when the Home opened in April 2012.  Tony was one of the first three boys who we enrolled in our Pilot Programme.

According to him, his ran away from home because his Grandfather and Aunt frequently beat him for every mistake he made.  We later found out, through our interactions with him, that he showed signs of Attention Deficit Hyperactive Disorder (ADHD), which his family would have mistook for stubbornness.  While in our care, he was also assessed by a Child Psychologist, who observed the same thing.  When Tony realized that his challenges stemmed from this behavioural disorder, he was a much happier boy, as he responded to our counselling and disciplines, and was motivated by rewards for good behaviour too.

Tony stayed at the FLA Home for a period of 13 weeks, which was the maximum time allotted for the Pilot Programme.  During this period, our Social Worker and Support Workers visited his former place of residence at his Great Grandmother’s house.  He and his siblings had been passed around from family member to family member since his parents separated at in 2007.  His mother had moved away to Egypt (and is now re-married), and his father was unable to care for his children on his own.  However, more than anything, Tony wanted to live with his father.

The few interactions we had with Tony’s father were encouraging, as he was appreciative of our involvement and support, and showed a willingness to learn and take responsibility for Tony.  He had no residence, as he lived at his place of work, and drove trucks morning and night.  His work was also in jeopardy as he had gotten into an accident with one of the trucks.  He was happy when we suggested that we could find and rent a place close to his garage where he and Tony could live.  Tony was also thrilled at the idea of going back to live with his father.

However, this placement was the biggest mistake we ever made!  We found out much too late that Tony’s father was an alcoholic and a negligent father.  After we reconciled Tony and his father, we also enrolled Tony in school.  He was a bright boy with potential, but he lacked the love and care of his parents.  We learnt from the school that Tony was often unkempt, dirty and confused.  On at least two occasions, the Principal felt it necessary to bathe him and brush his teeth, as he was not taking care of himself.  During our follow up visits, we would detect the smell of alcohol on his father’s breath in the early afternoon.  We counselled him repeatedly to think of his child and drop the habit, but he either denied it or made empty promises to change.

In the end, despite our efforts, Tony ran away again.  He was, however, quickly spotted by the authourities and taken into Government care.  When they learnt of our involvement with the family, they quickly handed him over to his father again, despite our recommendations for them to keep him and bring the father to account.  We had written to them prior of his absconding from home, seeking their participation.  However, the Lagos State Ministry had said he was outside their jurisdiction, because he lived on the outskirts of Lagos and Ogun State.  The Ogun State Ministry never responded to our letters calling their attention to Tony’s case.  However, as we had no power to remove him from his father’s care, we tried to manage the situation the best way we could.

Tony returned to his home in time to sit his Common Entrance Examinations into Secondary School, and passed, despite his challenges!  His older brother came to live with them, and we hoped that this would encourage Tony, as he had been pining for his other siblings to join him and his father.  However, things continued to spiral downhill.  Tony’s father used the arrival of his 15 year old son to become even more negligent by leaving the children unaccompanied for days at a time, with little provision for food!  The boys would fight and quarrel until their neighbours had to intervene.  They would often insult the neighbours or get into other mischief in the community as well!

Eventually, Tony stopped paying any attention to school, and began seeking small jobs locally for money.  He later said that he didn’t want to go to school anymore, but work in construction.  His father often complained about looking about the children by himself, and that their mother doesn’t help him financially, despite his requests.  Overtime, our calls and visits became less welcome.  Our last visit to see Tony was in December 2013.  When we got to the place we had rented for his family, we saw only his father and brother.  Tony, they said, was staying with his Grandfather.

We did see Tony at his Grandfather’s, where we also left the provisions we had brought for him and his family for Christmas.  He seemed happy and content.  We were not sure how long his stay would be, but we were sure that we had failed him.  We knew that his father didn’t, wouldn’t, shouldn’t and couldn’t look after him anymore, and it was so sad that after more than a year and a half, we were back to square one.

We learnt a lot from this experience with Tony.  It is actually because of children like him that we have decided to start up a different initiative, Disadvantage to Advantage, which is not focused on street children, but disadvantaged children.  Rather than rescue children from the streets and return them to what might be an unwholesome environment, beyond our control, we are offering long term support to children who are disadvantaged, but brilliant, to achieve their potentials, by completing their course of study or training.  They may either reside at the FLA Home, or at their own homes.  In the case of Tony, he would have been able to reside in our Home, and be supported to complete his Primary, Secondary and University education.

The key difference between the Disadvantage to Advantage Initiative and the Care Continuity Challenge Initiative is that the former is not terminal.  Children who are adopted into the programme will receive the support they need, until they become mature and independent, to stand unsupported.  Support is given on a case by case basis, knowing that each child is different, and needs different interventions to achieve!  We are hopeful that this new way of operating will enable more children to benefit from our initiatives in the long run.  Thank you for your support! 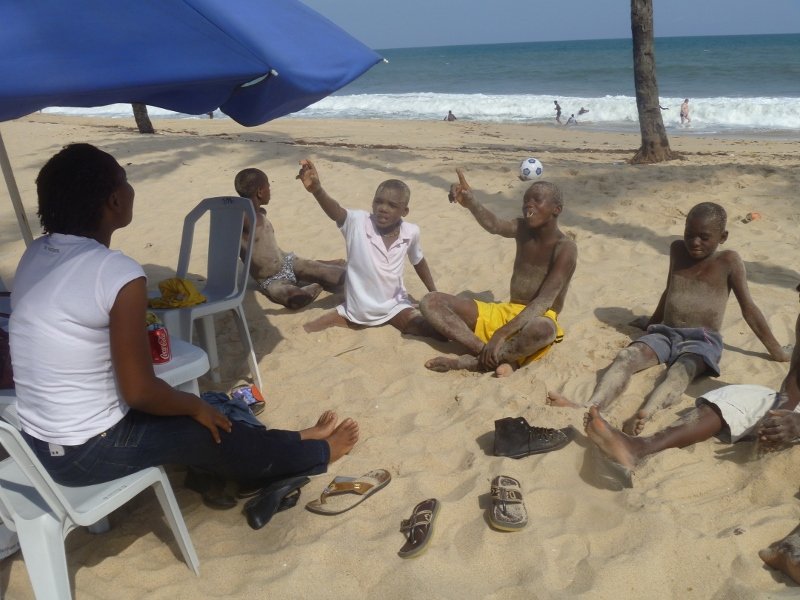 At the Beach with FLA 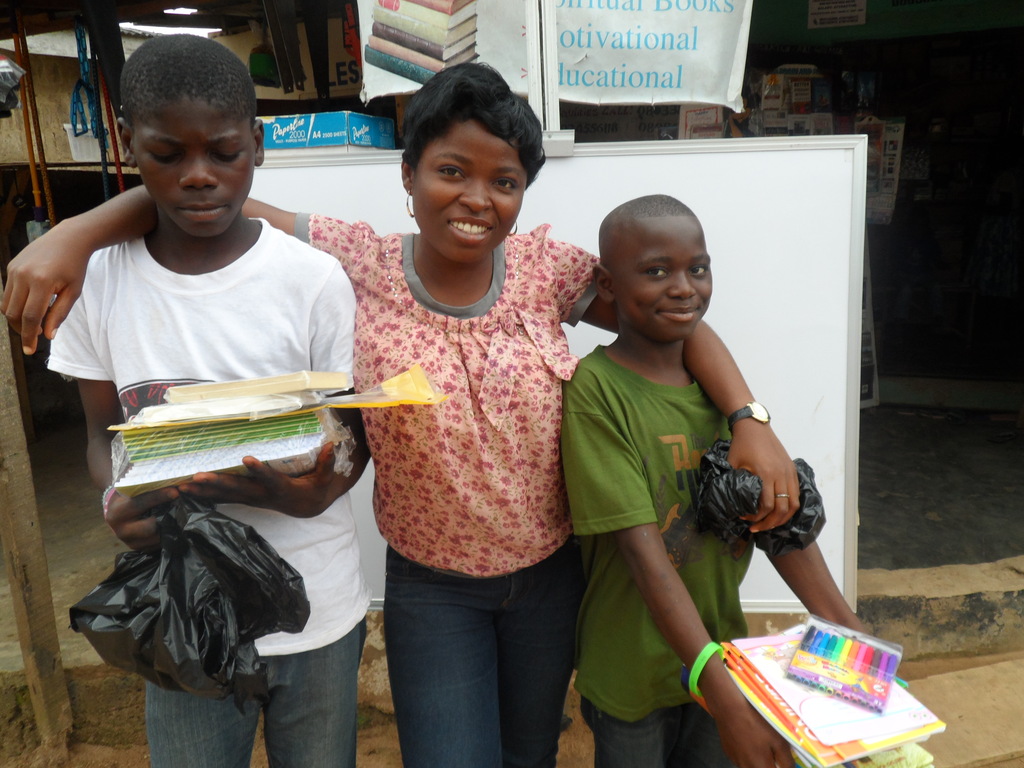 Support another project run by Fair Life Africa Foundation that needs your help, such as: 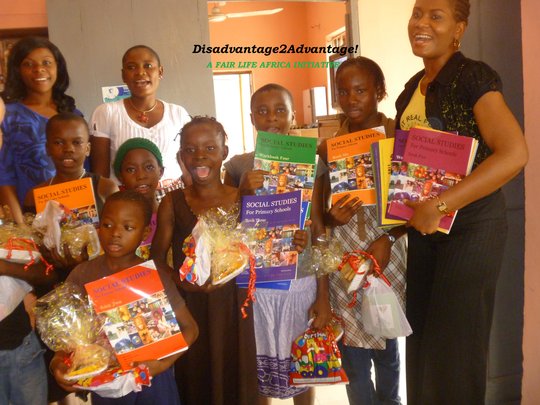 GlobalGiving
Guarantee
Donate https://www.globalgiving.org/dy/cart/view/gg.html?cmd=addItem&projid=9103&rf=microdata&frequency=ONCE&amount=25
Please Note
WARNING: Javascript is currently disabled or is not available in your browser. GlobalGiving makes extensive use of Javascript and will not function properly with Javascript disabled. Please enable Javascript and refresh this page.