Prevent starvation among 70 families in Uganda 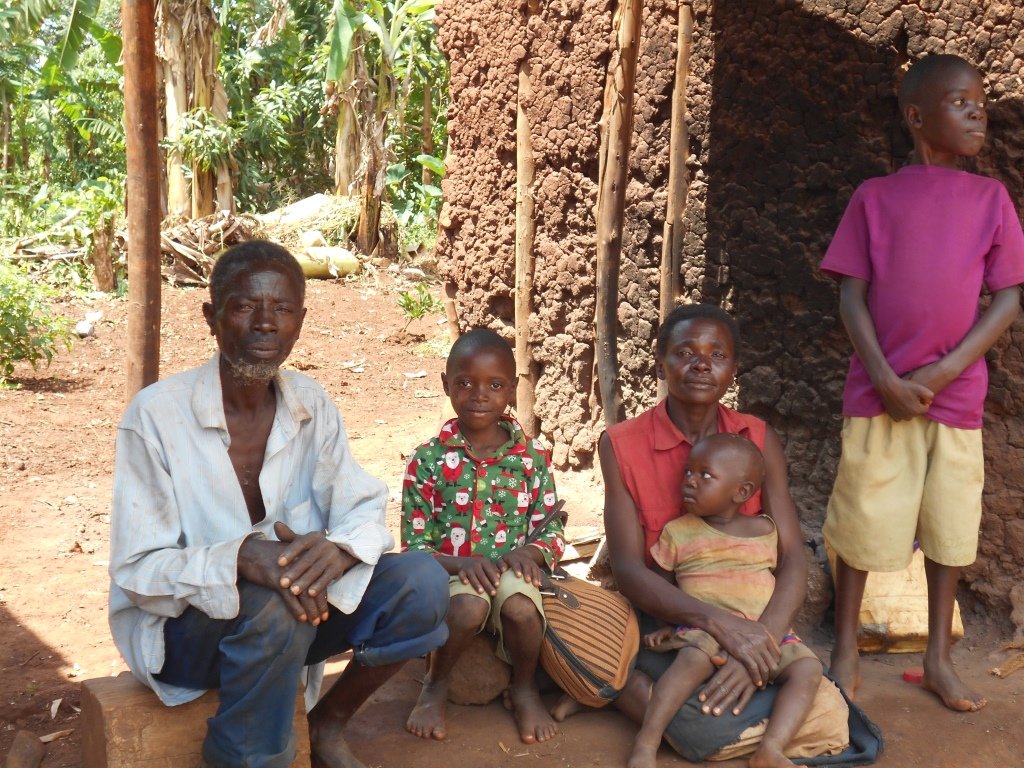 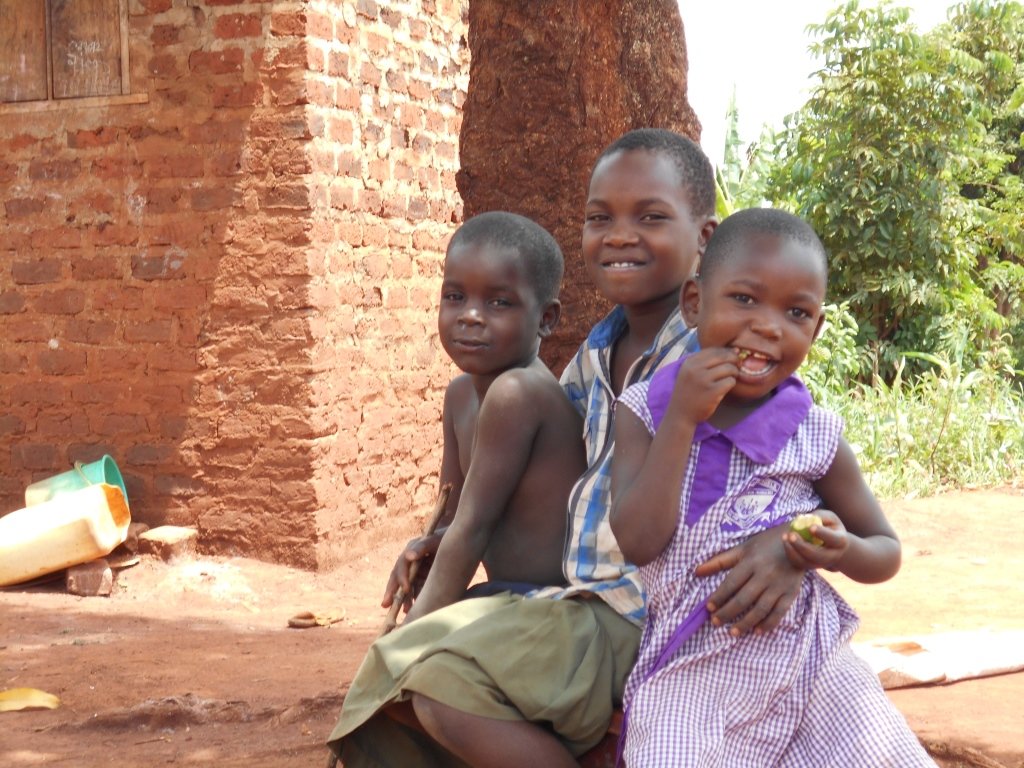 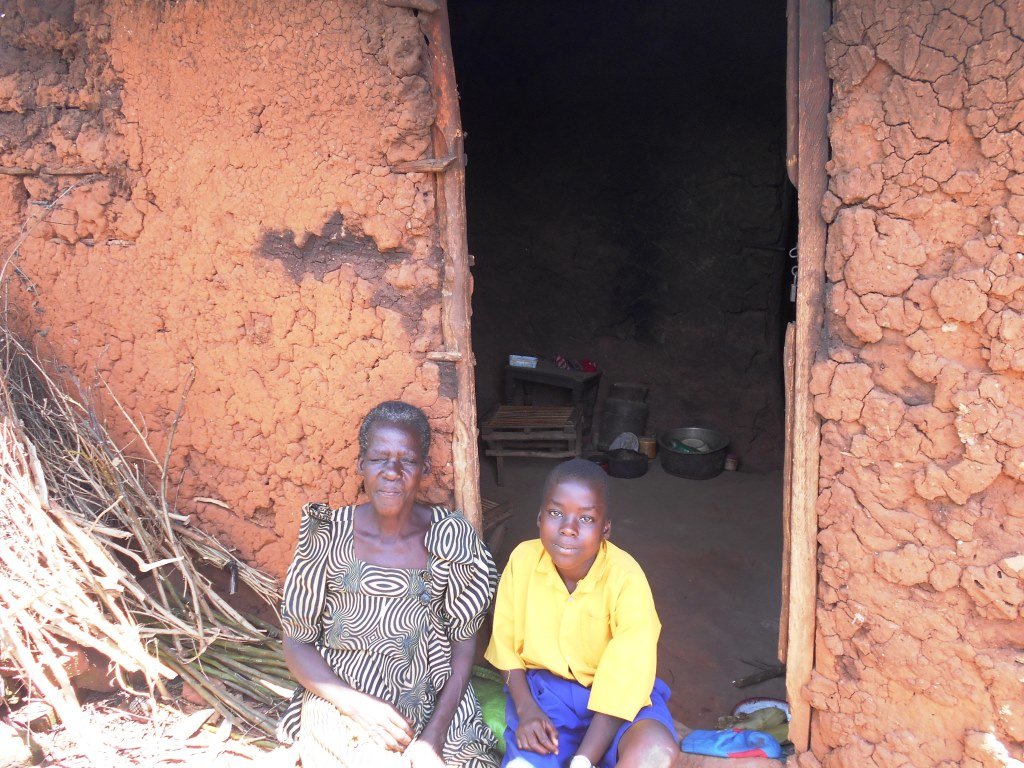 Acknowledgement
I would like to thank the entire team of Community Concerns Uganda for the great work delivered during this first quarter of the year. We thank our partners and donors who have made it possible for the projects to be implemented. Without the money that you contributed, nothing much would have been achieved, so thank you very much for your generosity and keep up with the spirit of giving. I thank the Executive Board of Trustees for the advice and follow up on our work; we are indeed grateful. Not forgetting the members that we are serving, thank you for being available and allowing us to serve you.
Nakirya Brenda Doreen
Managing Director

Achievements
A draft 5 years’ strategic plan for Community Concerns Uganda Initiative was successfully formulated with participation of all staff members. A draft copy was made with guidance from a consultant from Stephold Consultancy E.A Ltd. A final copy is yet to be produced, awaiting review from board members. Upgraded Registration of Community Concerns Uganda Initiative as a Non-Government Organization was initiated and is remaining with getting the certificate from the Ministry of Internal Affairs.
We held a board meeting to discuss the Budget, annual work plan and passing their approvals. We also discussed the upgrading of Community Concerns Uganda Initiative to an NGO which expands our scope of operation to other Districts.
We had written and sent out three proposals to three potential funders and we are waiting for a reply from them.

Project Activities
At CCUg, we have three major themes which are Education, Health and Livelihood. Out of these themes we currently have 5 projects which are Orphans and Vulnerable Children (OVC) Sponsorship project, Menstrual Hygiene Management (MHM) and School Related Gender Based Violence (SRGBV), Group Saving and Adult Literacy. Below are achievements, challenges and recommendations of the different projects.

OVC Sponsorship Project
We have a total of 33 children we are sponsoring this year. We previously had a total of 60 children but we had to reduce them our two year grant with The Waterloo Foundation ended in early January 2020. Therefore we selected 33 students according to best performance. Among these, 15 are in secondary schools and 18 are in Primary schools. These children are being sponsored by CCUg and a few individual donors.
Achievements
All children received scholastic materials
All children’s school fees were paid.
All children reported back to school for their first term.
All children’s school progress was monitored
We had an emergence which required medical and nutritional support of 2 children. The Community Development officer reported to us a case of two malnourished children, one at 3 years and the other 1.5 years. The child who was at 3 years was also reported as raped by the father and she was also malnourished and her brother too. We were able to take these children to the hospital for about two months. They got treatment and fully recovered.
Challenges
The biggest challenge was the term closed abruptly due to COVID -19
We had two children getting sick of malaria and these were treated and recovered.

Menstrual Hygiene Management
Achievements
Carried out 15 community dialogues on MHM in 15 villages in Mayuge and Jinja districts. These villages are surrounding Wabulungu, Waitambogwe, Buyengo, Ikulwe, Mutai, Nakabango, Ntikalu, Mauta, Butiki, Mugeya, Bukooli, Makembo, Bute, Nsozibiri and Lubu. We reached 263 male and female parents and female local leaders. The dialogues discussed restrictions associated with menstruation, role of parents in supporting girls access MHM supplies and facilities, irregular cycles and abnormal menstruation.
Conducted Sexuality Education sessions with emphasis on Menstrual Health and Hygiene Management (MHHM) in 14 schools. This included 10 primary schools (Mutai , , Luubu, , Butiki, St. Stephen Kakira, Nsozibiri, , Wakitaka, Mugeya, Ntinkalu, , St. Patrick Magamaga, Wansimba and Ikulwe, and 4 Secondary schools; Buyengo, Waitambogwe, Luubu, and Mutai).
We also distributed Information, Education and Communication (IEC) materials regarding MHHM to over 5,000 students/pupils in 19 schools. In addition, we engaged school administrators of the 19 schools to provide an enabling environment for girls during menstruation.
We managed to assess the performance of health clubs we set up in both primary and secondary schools. We managed to visit 9 primary schools which included; Wakitaka, Nsozibiri, Baitambogwe, Luubu, Wansimba, Butiki, Mugeya, Mutai, and 1 secondary school that is; Luubu. During this monitoring exercise, we managed to identify the challenges faced by these health clubs including inadequate materials for making reusable pads among others and the benefits so far gained from these clubs which included skills to make reusable pads among others. We reached out to over 350 pupils/students and 9 Senior Women Teachers whose views shall guide us in coming up with project proposals for rectification of the issues mentioned.
Challenges
Difficulties in keeping time by most participants in all the community dialogues we conducted for instance in Buyengo, we had to wait for almost 1hr and 30 minutes
Shyness of almost 90 % of the participants/parents who attended the community dialogues. This deterred us from getting the views of the caregivers on the 4 elements that we focused on.
Absenteeism of men/fathers in 10 villages where we conducted our community dialogues yet they are the heads of the family. It’s only in Bukoli village where we engaged with male parents
Difficulties in keeping time by most secondary schools we visited during our drive to promote awareness on MHM for instance at Buyengo SS where we reached at 11:00am but the program was postponed to 2:00pm.The same applies to Waitambogwe SS where we had to forego school related gender based violence because of failure of the school administration to keep time. However this stemmed from the hectic schedule of some schools.
Tight schedules of some schools which delayed our program and in the end little was delivered to the students due to time constraints.
The population was too big at Buyengo S.S.S and this made it hard to manage.
Interruption with other activities like inspection at Buyengo and Waitambogwe S.S.S hence delaying the training.
One of the biggest challenges faced was related to poor timing of school programs. Some schools especially the secondary such as Mutai, Luubu and Waitambogwe secondary schools declined and kept on postponing our dates of meeting clubs because of their fixed programs for the school. Majority of the schools were doing midterm exams which has actually been a challenge to complete the scheduled time of meeting health clubs in their respective schools. Therefore this has created backlog of several activities both in communities hence affected the schedule and work plan for this project.
Shyness of 95 % of the students/pupils who attended the health education project on MHM. This deterred us from getting their views on the issue at hand yet the sessions were supposed to be interactive.
Bad weather conditions like too much rain that interrupt the daily smooth running of schools and hence we are also affected since the students are the ones we mostly deal with and you find that when it rains, most of them do not attend school.
COVID-19 antagonized our activities to the extent that schools and our offices were closed. We therefore failed to assess the performance of 11 health clubs and getting the views of 11 senior women teachers as regards promoting sanitation and hygiene in their respective schools.
Recommendations
Male parents should be encouraged to attend the community dialogues on menstrual hygiene and management since they are the heads of the family. In some families, its only men who work and sanitary materials involve money.
Although most of the community members reached late for the community dialogues, I suggest that instead of waiting for the whole group to arrive, we should start with those few who have reached early and the rest will always find us.
We should find ways of reaching to a larger number of community members in our drive to promote menstrual hygiene and management. Many community members lack information and yet they need it to help the girl child. May be we should think of using local communication channels like community radios.
Self-esteem should be inculcated into pupils and students in our efforts to combat school related gender based violence. Most students still fear to talk about gender violence therefore they should be encouraged to Get up and Speak up.
The school administration should be reminded about the impacts of MHM and SRGBV on academic performance. It’s through this that schools will priotise our programs more than ever before.
Procurement of marshmallows for students during Health Sessions so that when a student answers well a question basing on what has been taught that day, should be rewarded with a marshmallow and this will help in motivating them to always be attentive and listen well to what is being taught.

Gender Based Violence
Achievement
We conducted school-related Gender based violence at Buyengo Secondary School and Waitambogwe Secondary School. We were able to reach out to about 500 students from both schools. Throughout our engagements with students, we discussed the concepts of gender and gender violence, forms of gender violence, their respective causes, effects and also the reporting mechanisms if they are victims of abuse.

Adult Literacy Project
Achievements
We successfully had a graduation ceremony for our 22 students who completed their hands on training in tailoring, hair dressing, basic computer applications, basic literacy and parenting(anger management).At the ceremony, the graduates were awarded certificates and were later treated to a marvelous feast at Doctina Resort Beach.
New students were enrolled and we have about 17 students.
The students had a mathematic assessment test when they had just reported to assess their arithmetic knowledge and only 3/15 students got above 50% and at their final assessment 7/15 students got above 50% whereas 8 students got below 50%. This shows great improvement and they also showed an improvement in their results.
The students had an English assessment test at the beginning of their course and only one person got below 50% and at the end of two months, they had a final exam and they all passed.
Challenges
Some adult learners (about four) are challenged in reading which contributes to their failure to understand most of the things covered in mathematics and out of those four students.
Delayed reporting of some students contributed somehow to their poor performance in that by the time they reported, much of the work had already been covered though efforts were made and they were taken through what had been already taught inform of revision.
A half of the students by the time they sat for their final exams still had challenges with reading which also contributed to their poor performance.
Recommendation
For the weak students who do not know how to read and write should have extra English classes for about 30 minutes so that they could be taught basics of learning how to read and this should start with reading words in their local language.

Donating through GlobalGiving is safe, secure, and easy with many payment options to choose from. View other ways to donate
Community Concerns Uganda Initiative has earned this recognition on GlobalGiving:

GlobalGiving
Guarantee
Donate https://www.globalgiving.org/dy/cart/view/gg.html?cmd=addItem&projid=30413&rf=microdata&frequency=ONCE&amount=25
Please Note
WARNING: Javascript is currently disabled or is not available in your browser. GlobalGiving makes extensive use of Javascript and will not function properly with Javascript disabled. Please enable Javascript and refresh this page.