by The Freedom Story (Formerly The SOLD Project) 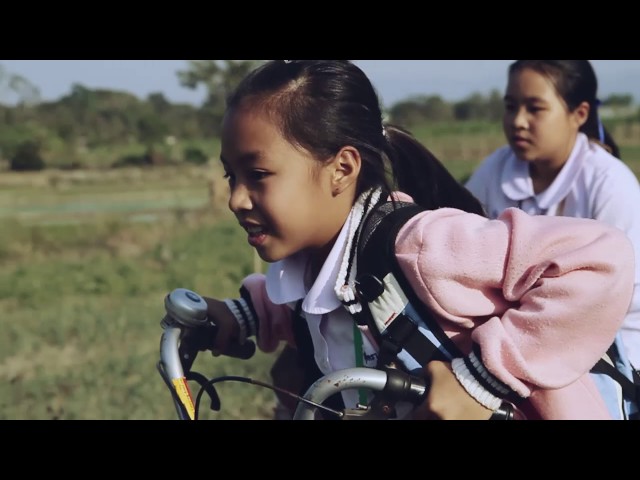 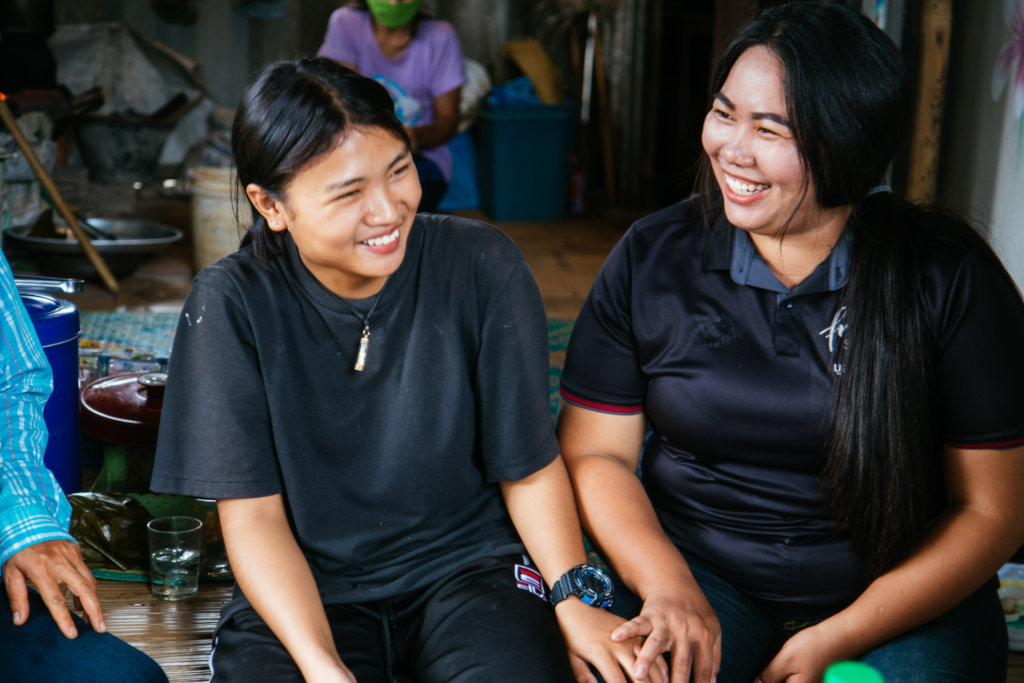 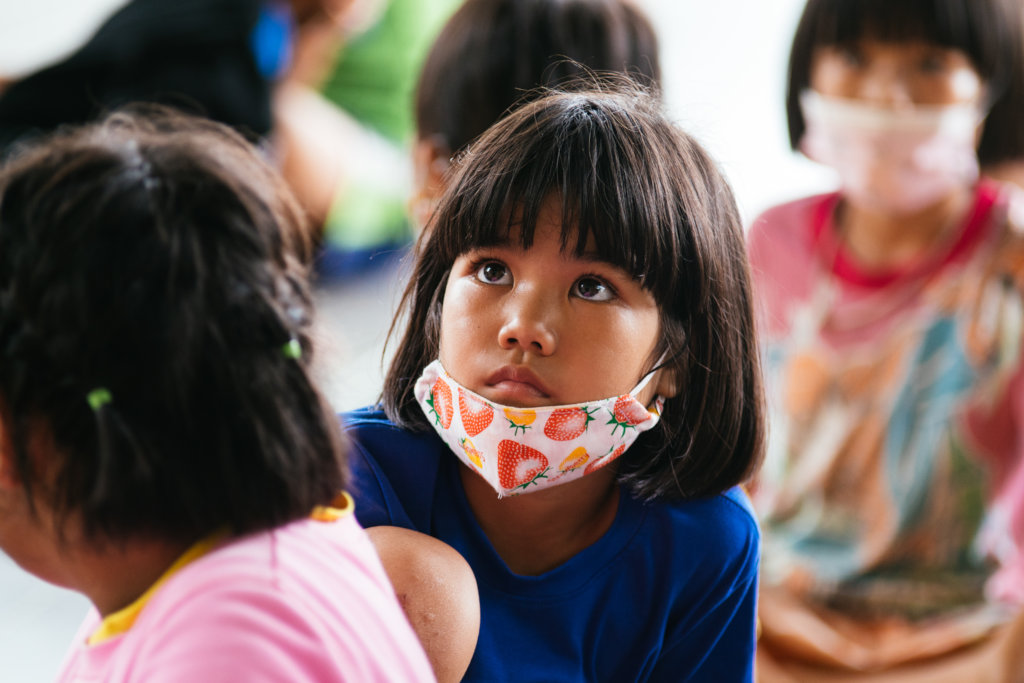 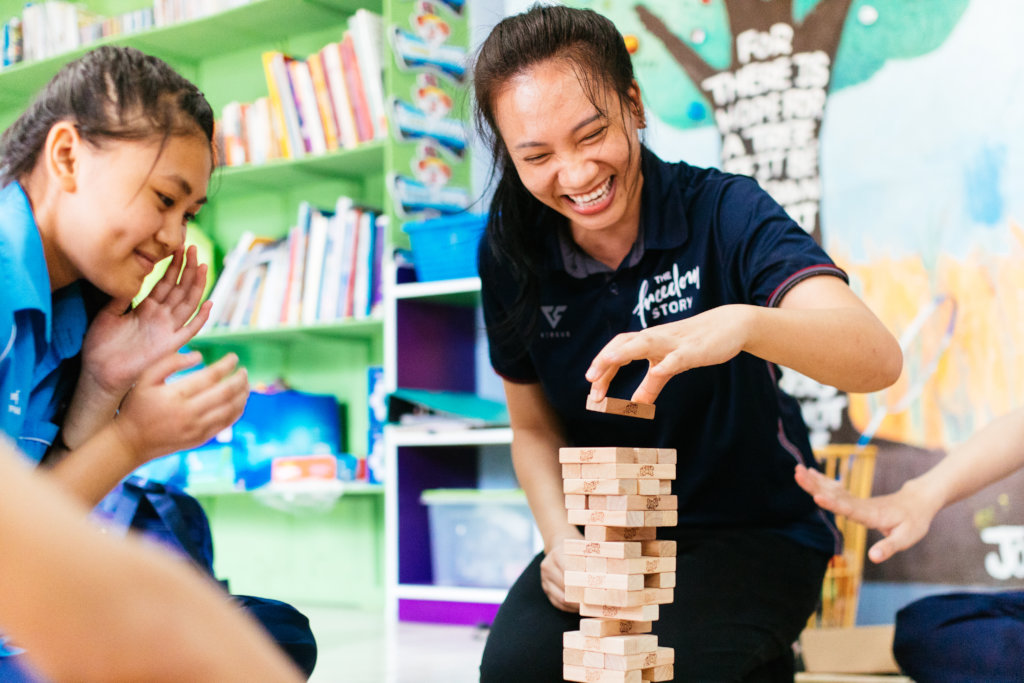 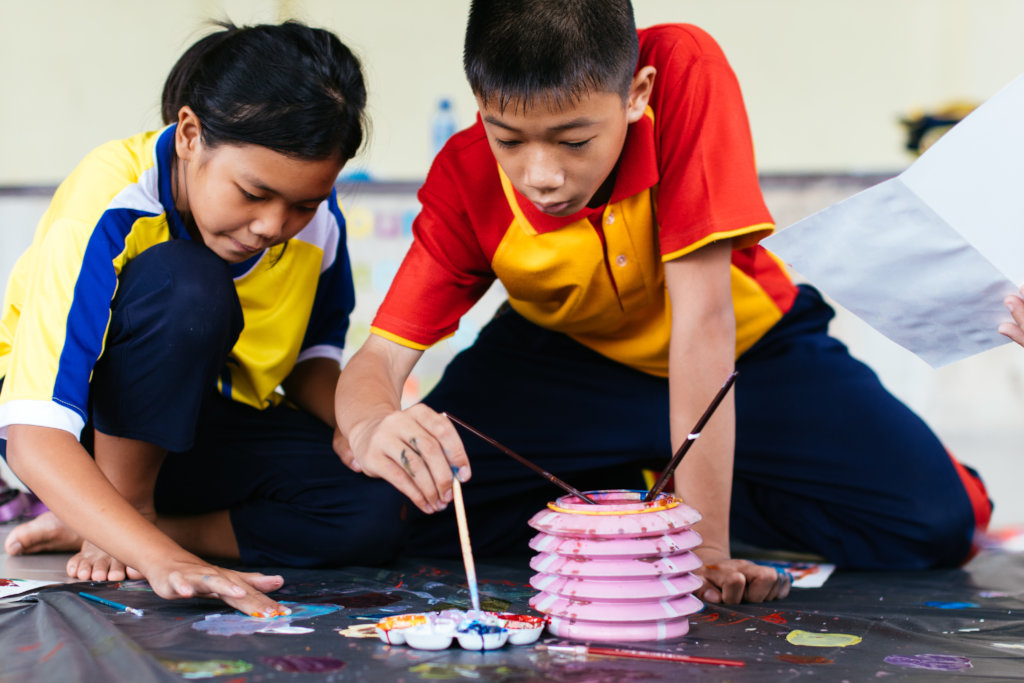 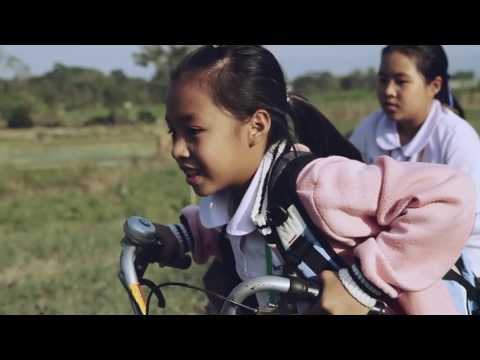 How Our Holistic Approach Mitigates Risk

By Lucy McCray - Director of Strategy 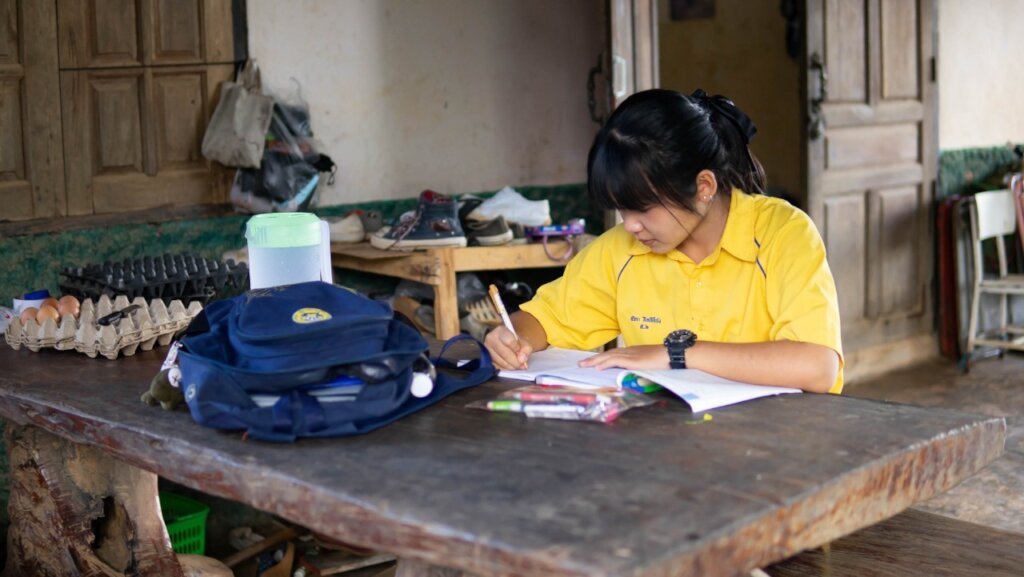 We, at The Freedom Story, are grateful for your continued support of our work through GlobalGiving. We wanted to share with you a quick story about one of our scholarship students, Sara*, whose strength and perseverance have allowed her to pursue her goals despite the many obstacles life has thrown her way.

When Sara’s father died, her life changed irrevocably. She describes her father as the pillar of their household. When he passed, she says, "After that, our home felt pointless, lonely, unbearable, desolate, and millions of other feelings all at the same time. At that time, it could be said that the mental state of the people in the house was very bad and very hopeless.”

The Impact of Her Father’s Passing

Sara was only ten years old when her father passed. He had been the primary income earner supporting her parents, four grandparents, an aunt, and four children. Although her mother and aunt worked as well, they did not earn as much as he did. Before his passing, Sara explains, “Even though we were poor, we had enough to cover our household expenses with three people working.” But after his death, “Now there is only my mother left to work to earn money to pay for everything in the family, especially the tuition fees of the four children. And of course, my mother did not have the strength to send all four children with only her two hands. My aunt worked sometimes, but only when there were jobs available.”

With only one consistent income, the financial situation was dire. Sara is the eldest child, so her mother suggested she drop out of school to support her family. “At that time,” says Sara’s mother, “the world was dark, and I couldn’t see a way out. I had to take care of my kids and four grandparents. There was no way for me to do that. My only way out was to ask my older children to leave and go to work.”

At such a young age and without proper education, Sara would be at significant risk of being trafficked or exploited if she dropped out.

Sara Carves Her Own Path

However, Sara is a bright and dedicated student. She was determined to continue her education, and thankfully, someone at her church introduced Sara to The Freedom Story. She applied for a scholarship to help ease some of the financial burdens.

While waiting to hear the result of her application, the family still kept trying to improve their situation. “Sara’s mother is the hardest working amongst all of our scholarship families,” says Ning, the Education Program Assistant Manager. “She would wake up at 3 am to prepare pork to sell at the local market, which she would sell until 9 am. Then, she would come home, change, and go out to her pineapple farm, where she would work until around 3 pm. After that, she would go to the local market, where she sold crepes, sometimes not coming home until midnight. Despite this incredible effort, there was still not enough income for her family to live on.”

Sara is keen to explain her family’s motives, showing how protective she is of them and how difficult their choices were. “My mother was not indifferent at all. My mother and my family were constantly nervous and were trying to find a children’s home for my siblings [to decrease our expenses]. Ultimately, my siblings found a Christian Foundation where they could live together. However, that makes us separate from each other in different directions. Even though we did not want to be separated, we knew we had to for our futures.” Sara explains.

Sara was the only child who remained at home with her mother because she had tested into the best high school in Chiang Rai. Her mother did not want her to miss out on the opportunity to study there.

“At that time, my mother was worried about me because my siblings all went to the children’s home. Then The Freedom Story contacted me to say that I had received a scholarship. When she heard, my mom cried as though all the stress, all the fear, was taken away. I thank God for giving me such a great opportunity. This kind of opportunity is not easy for everyone to receive.”

“It was as if another hand had reached out to help our family in a time of helplessness, like a light that opened the curtain, someone to bring us out of hopelessness to see some of the family's hopes,” Sara explains.

The Impact of The Freedom Story for Sara & Her Family

“After receiving the scholarship from The Freedom Story, the mental condition and well-being of my family improved, as if to fill the missing parts as a father, an elder, a friend, a relative,” Sara says. “The Freedom Story has done many things, and my family has received a lot. Not only receiving scholarships, but also other activities such as organizing a family camp, mentorship, and training on various subjects. Meetings are held twice a year, and income generation assistance is provided.”

When the COVID pandemic hit, Sara’s family struggled financially. Her mother wasn’t able to sell crepes or pork, and the price of pineapples plummeted from 10-12 THB per kilo to 50 satang per kilo (about 10 cents in USD). Her mother had to shift to work as a daily wage laborer in construction and agriculture.

In 2021, our Sustainable Livelihoods program approached Sara’s family and suggested raising chickens as a form of additional income. With support from The Freedom Story, her grandfather started raising chickens and selling eggs in their village. (He’s so involved with his chickens he plays music for them!) Her mother has also joined in training sessions on topics such as personal financial management.

Both Sara and her mother have developed new confidence since joining The Freedom Story. “Before, her mother wouldn’t talk to others or share anything because she saw others as better than her. Despite being such a hard worker, she never saw her own value,” says Ning. “Now, after joining in activities like our family camp, she appreciates Sara’s skills and abilities. For Sara, before, she was shy and felt limited by her mother. Now, she has been able to meet new people and is braver. She’s had opportunities to develop her skills and is a leader in her church and her community.”

Sara is a good student, currently studying math, science, English, and even music in her free time. She dreams of studying abroad in America or being an au pair after she graduates.

She says, “I would like to thank The Freedom Story and its sponsors for providing scholarships and great opportunities for my family and me. We have gained more knowledge and understanding of family communication, have received good advice, positive energy, and many other things. Really, thank you. There is nothing else to say except thank you. I will focus on studying, and I will try to do my best with the opportunities I have been given, which many people do not receive. There may be some tiredness, discouragement, and some crying, but I will not stop trying and continue developing myself.”

The thanks go to you, our supporters, whose steadfast commitment to protecting youths like Sara has made this relief possible. Her resilience and incredibly poignant worldview are so inspiring. Celebrating the accomplishments of Sara and students like her rejuvenates our spirits, and we all look with hope toward the future.

Project Leader:
Rachel Goble
Oakland, CA United States
$13,787 raised of $20,000 goal
You last donated to this project on
74 donations
$6,213 to go
* Amounts in US Dollars
Donate Now
Donate once
Donate monthly
$17
USD
gives 1 student a chance to join our lifeskills camp
›
$35
USD
provides educational resources for 1 student for 1 month - [after-school programs, English lessons, tutors, mentors, workshops, etc.]
›
$215
USD
covers the cost of the after school program for 1 week
›
$520
USD
can provide one month of home visits for 90 students by mentors
›

Make a monthly donation & get matched today at 100% while funds remain. Terms and conditions apply.
Give the gift of stability in a time of instability. Set up an automatic, monthly gift now and get matched at 100%—because the COVID-19 pandemic has hurt us all, and it will take all of us to overcome it. Terms and conditions apply.
Monthly giving is as easy, safe, and as inexpensive as a Netflix subscription. Start a monthly donation to The Freedom Story (Formerly The SOLD Project) today and get matched at 100%. Terms and conditions apply.
$17
USD
monthly
gives 1 student a chance to join our lifeskills camp
›
$35
USD
monthly
provides educational resources for 1 student for 1 month - [after-school programs, English lessons, tutors, mentors, workshops, etc.]
›
$215
USD
monthly
covers the cost of the after school program for 1 week
›
$520
USD
monthly
can provide one month of home visits for 90 students by mentors
›

Donating through GlobalGiving is safe, secure, and easy with many payment options to choose from. View other ways to donate
The Freedom Story (Formerly The SOLD Project) has earned this recognition on GlobalGiving:

GlobalGiving
Guarantee
Donate https://www.globalgiving.org/dy/cart/view/gg.html?cmd=addItem&projid=54600&rf=microdata&frequency=ONCE&amount=25
Please Note
WARNING: Javascript is currently disabled or is not available in your browser. GlobalGiving makes extensive use of Javascript and will not function properly with Javascript disabled. Please enable Javascript and refresh this page.