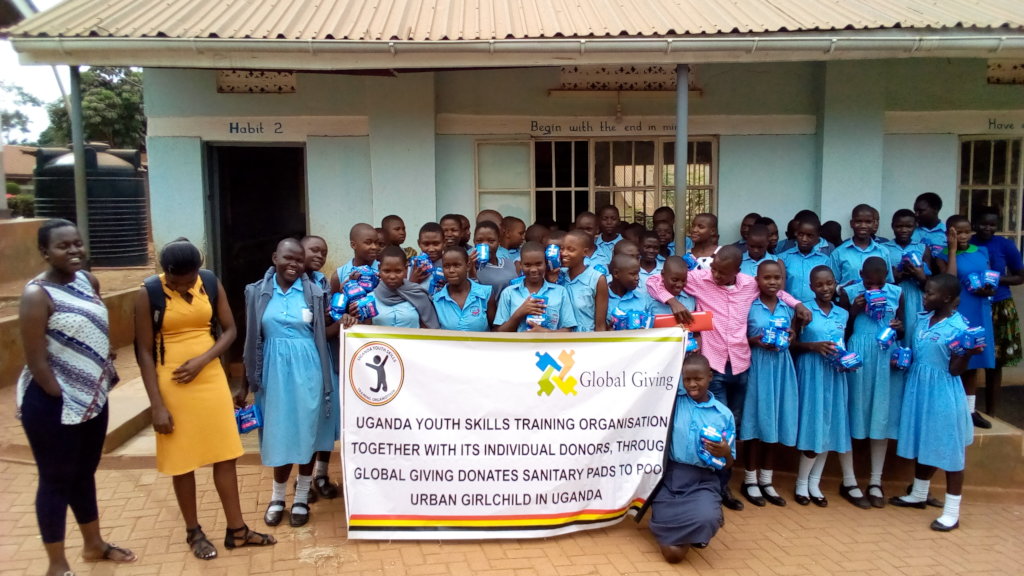 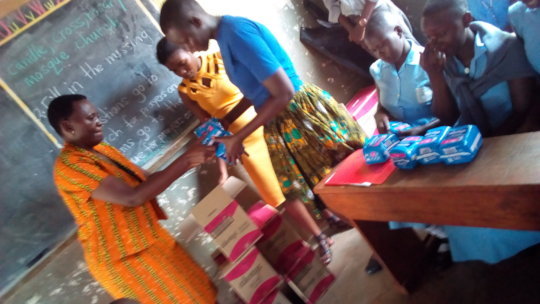 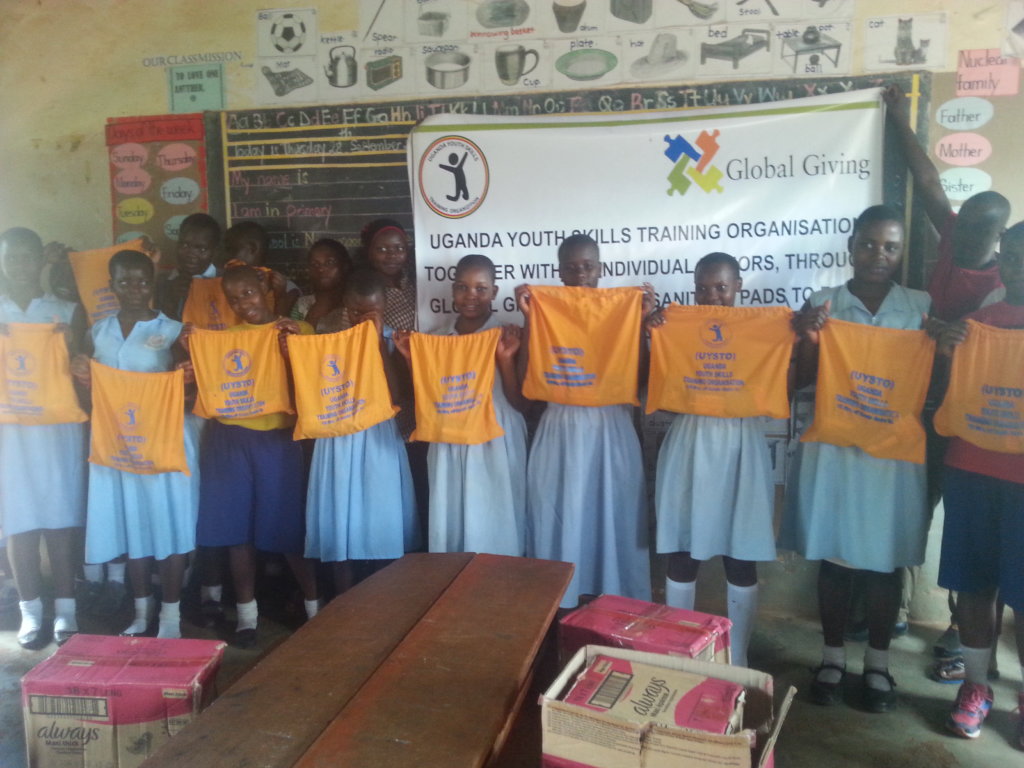 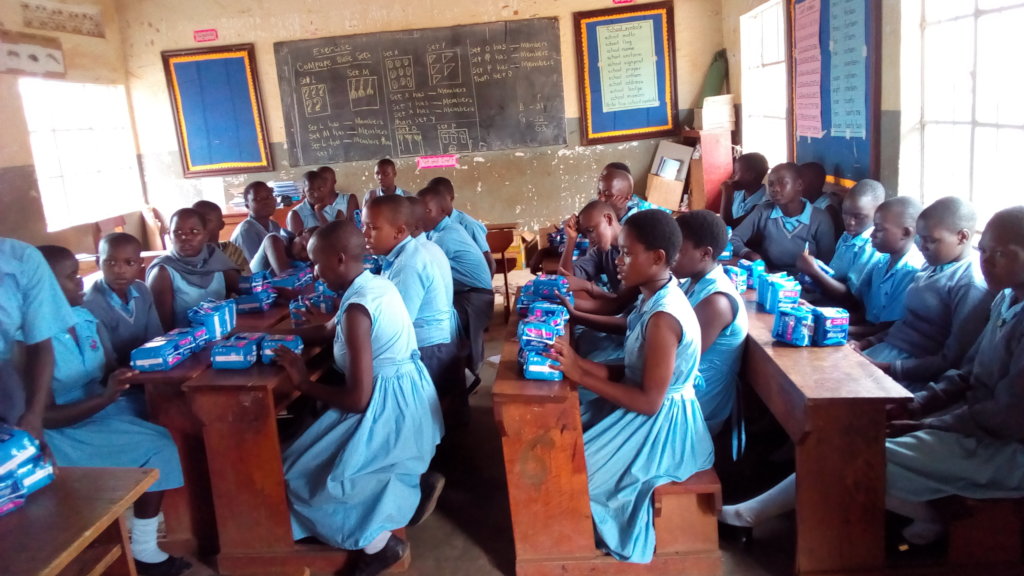 Never undermine the strength of your donation. 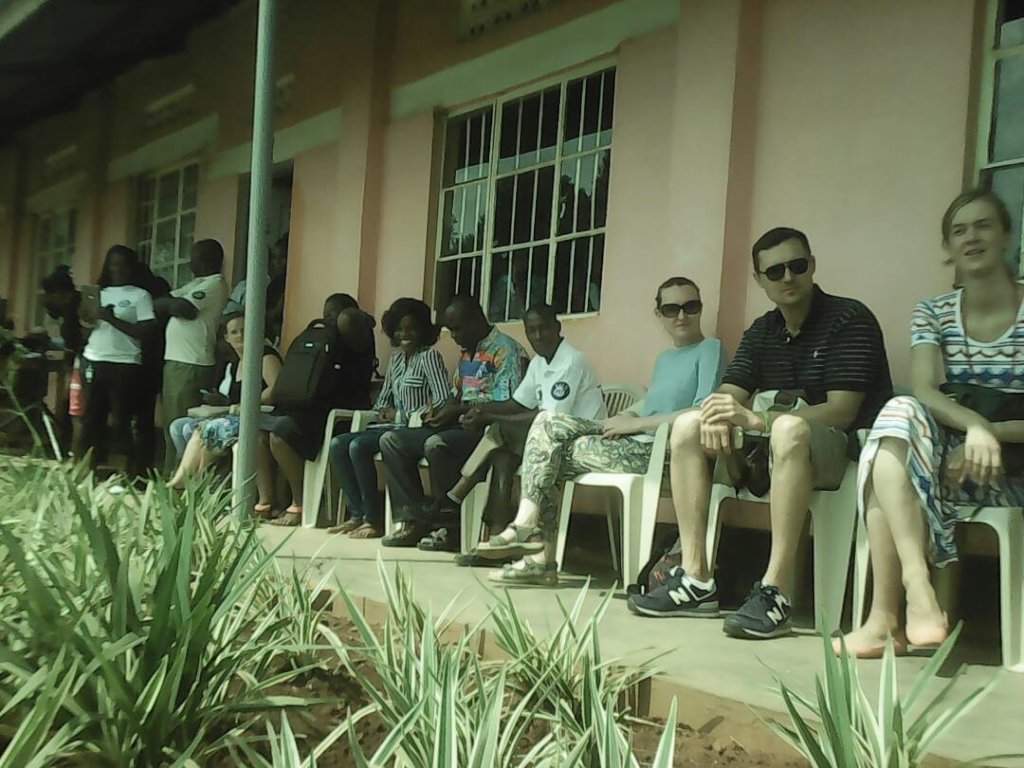 Visitor from Lithuania at the beneficiary school
Like any other organization's impact in any area of implementation, UYSTO too, registers a great impact of increased numbers of girls enrolled at Namungona primary school due to your donation support to buy sanitary pads for keeping and increasing numbers of girl a child in schools. The project was purposely designed to increase the numbers of a girl child in poor urban schools specially in government schools. Donate to buy sanitary pads for 50 girls in school project ,joined the beneficiary community ( Namungona primary schools ) the total number of pupils was 400 and recently towards end of their term, the senior woman also deputy headteacher confirmed to us that the numbers had reached to 450 pupils specially in upper classes, she expressed the fear that this would cause an influx of girls from those schools that have no this service, however the director Uganda youth skills Training Organization, addressed the worry. He said that the bridge is crossed when reached and encouraged the school administration if accommodation capacity is available to continue enrolling the girl child for education. He also informed the administration that it was also our worry that girls were dropping out of school and now that they can appear for education, it shouldn't be any worry at all. "We are not alone, were with every one" the UYSTO executive director said. The beneficiary school alongside UYSTO, it has enrolled other partners on board, these are partner through UYSTO from Lithuania, Laima the teacher in one of the schools in Lithuania, said that she is very happy to link up with such amusing pupils. Laima was impressed by one of the girls was entertaining them with her ways of dancing. She confirmed that she will make sure that partnership realizes an impact. Thank you very much for being available for us to reach out to the future world mother. Educating one woman is like educating the whole nation. That how your donation has gone viral, all the way from you mind set of donation to having some one for the rest of her life and her descendants.Bravo Bravo Wishing you a merry Xmas and a prosperous 2018.keep on supporting us. 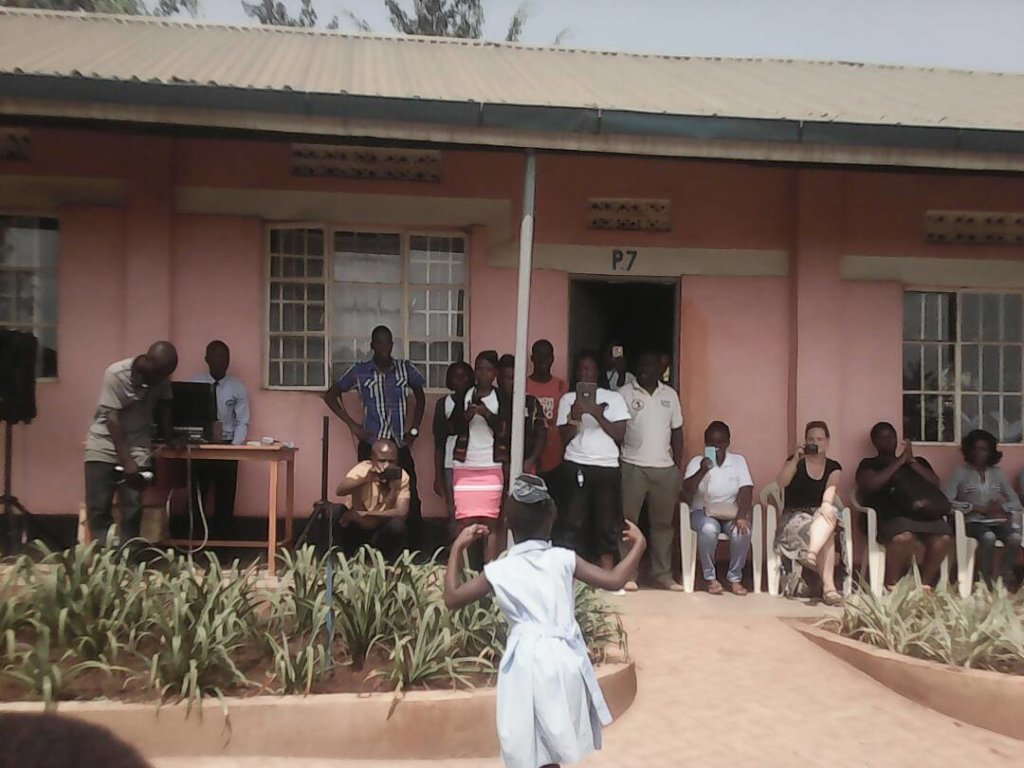 One of the pupil at school dancing 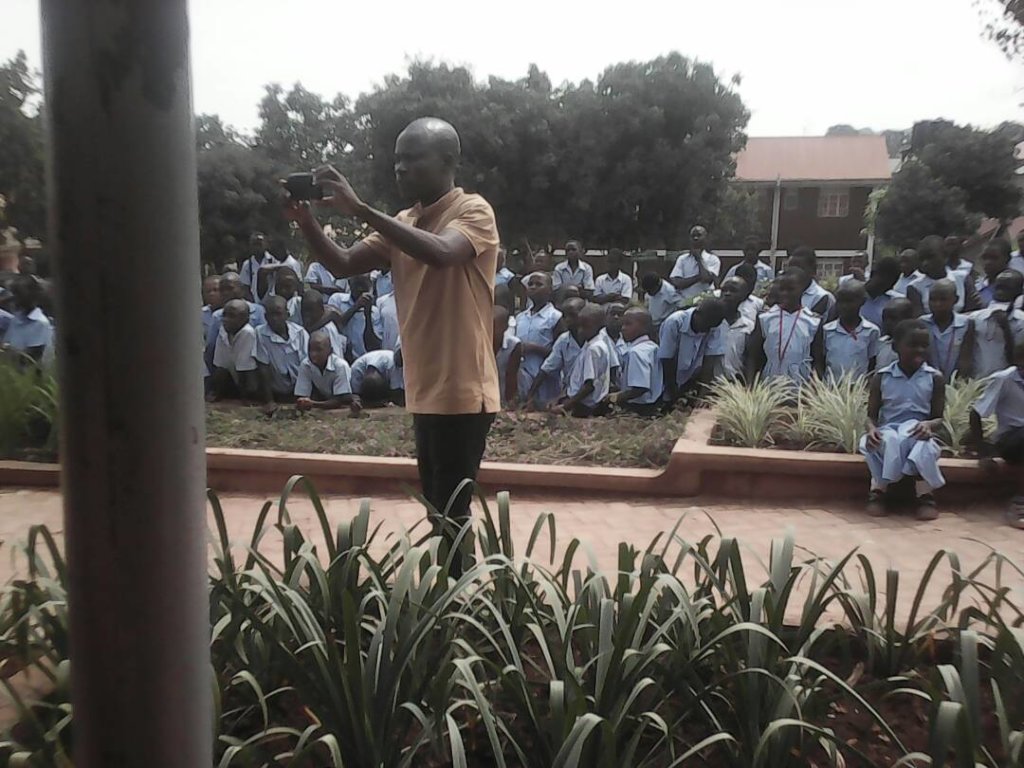 pupils at the beneficiary school 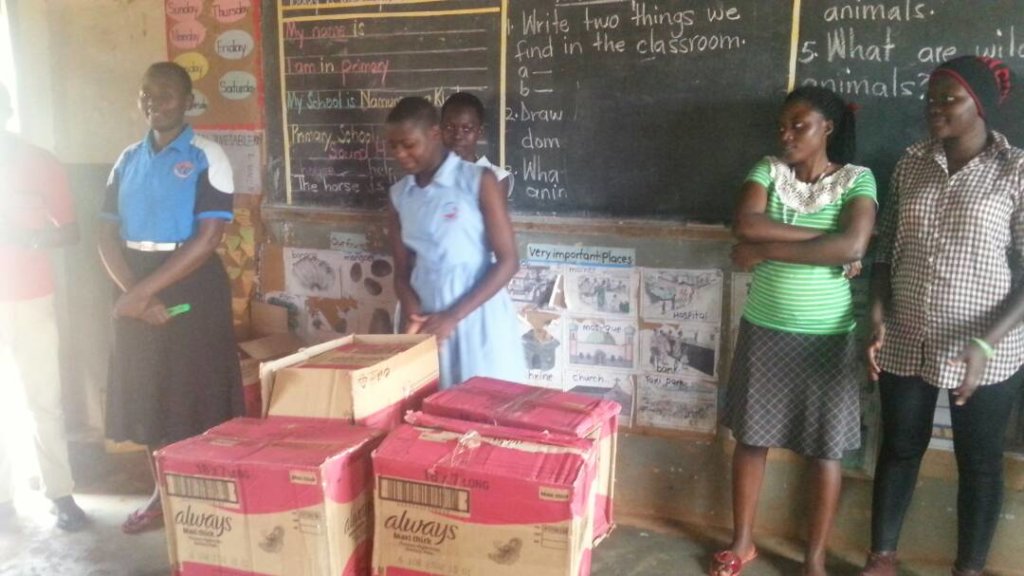 Project Leader:
Maahe Bob
Executive Director
Kampala, Uganda
$2,888 raised of $4,000 goal
You last donated to this project on
58 donations
$1,112 to go
* Amounts in US Dollars
Donate Now
Donate once
Donate monthly
$25
USD
For communication and networking for the purposes of project achievement.
›
$50
USD
Mobilization for the distribution of the sanitary pads
›
$100
USD
For planning meetings
›
$150
USD
For media while creating general awareness to the public
›
$200
USD
For audit reports after finishing the project
›
$300
USD
For educating the beneficiaries on issues concerning usage and proper disposal of sanitary pads
›
$450
USD
Allowance for field officer who will be concerning with the project.
›
$2,725
USD
For buying sanitary pads for 50 needy girls.
›

Donating through GlobalGiving is safe, secure, and easy with many payment options to choose from. View other ways to donate
Uganda Youth Skills Training Organisation has earned this recognition on GlobalGiving:

GlobalGiving
Guarantee
Donate https://www.globalgiving.org/dy/cart/view/gg.html?cmd=addItem&projid=7857&rf=microdata&frequency=ONCE&amount=25
Please Note
WARNING: Javascript is currently disabled or is not available in your browser. GlobalGiving makes extensive use of Javascript and will not function properly with Javascript disabled. Please enable Javascript and refresh this page.