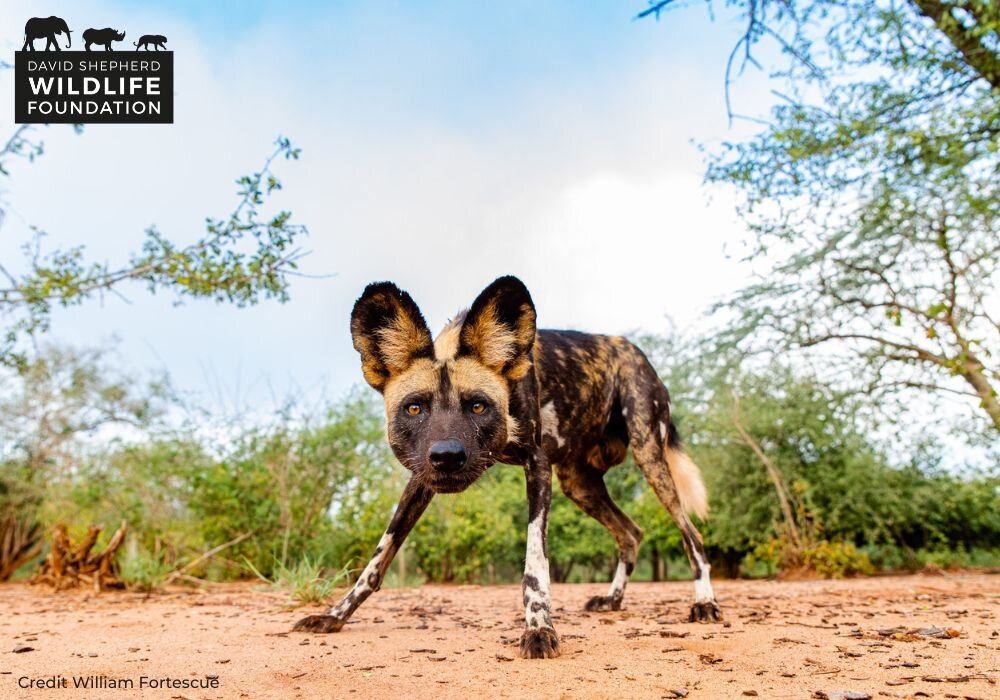 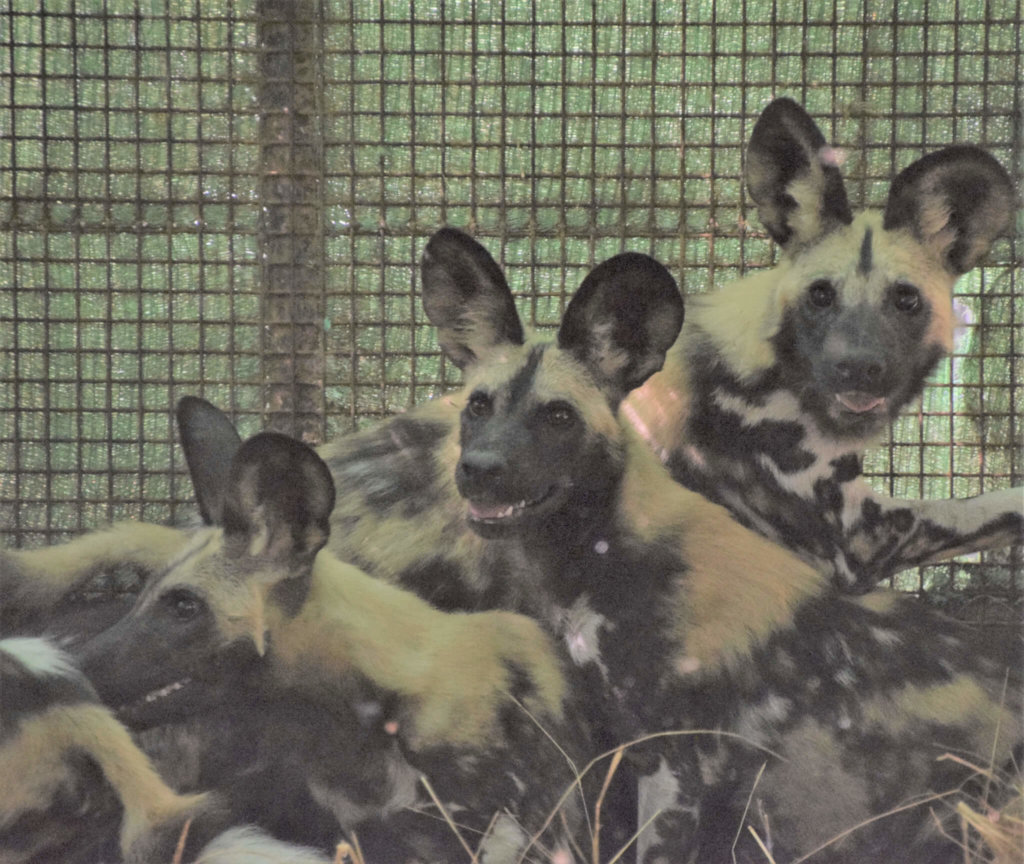 Thanks to your help, the David Shepherd Wildlife Foundation (DSWF) is able to support the protection of painted dogs in Zimbabwe.

A much-overlooked species, painted dogs are one of the most persecuted animals in their habitats. Their existence isn't globally known, let alone the threats they face as one of our planet's most highly endangered hunters.

Back in July, we reported that a pack of eight pups and two adults was rescued and taken into PDC's rehabilitation facility.

We're now delighted to report that the pack has been successfully released back into the wild, where they belong.

In December, when the family was deemed ready for release, the dogs were safely caught, anaesthetised by a specialist vet, and the adults were fitted with tracking collars.

All ten dogs were transported in a trailer for release safely inside the protected area of Hwange National Park, far away from the communal land where they were originally found.

Peter Blinston, PDC's Executive Director, said: "We released the painted dogs at the Jambili pan. We believe this place has reasonable prey base and will help fast-track the adaptation of the pack to their life back in the wild."

Painted dogs have a large home range and it's very likely that they will move on from the release site to establish their own territories. The tracking collars fitted on the adult dogs will allow the PDC team to follow the pack's progress. 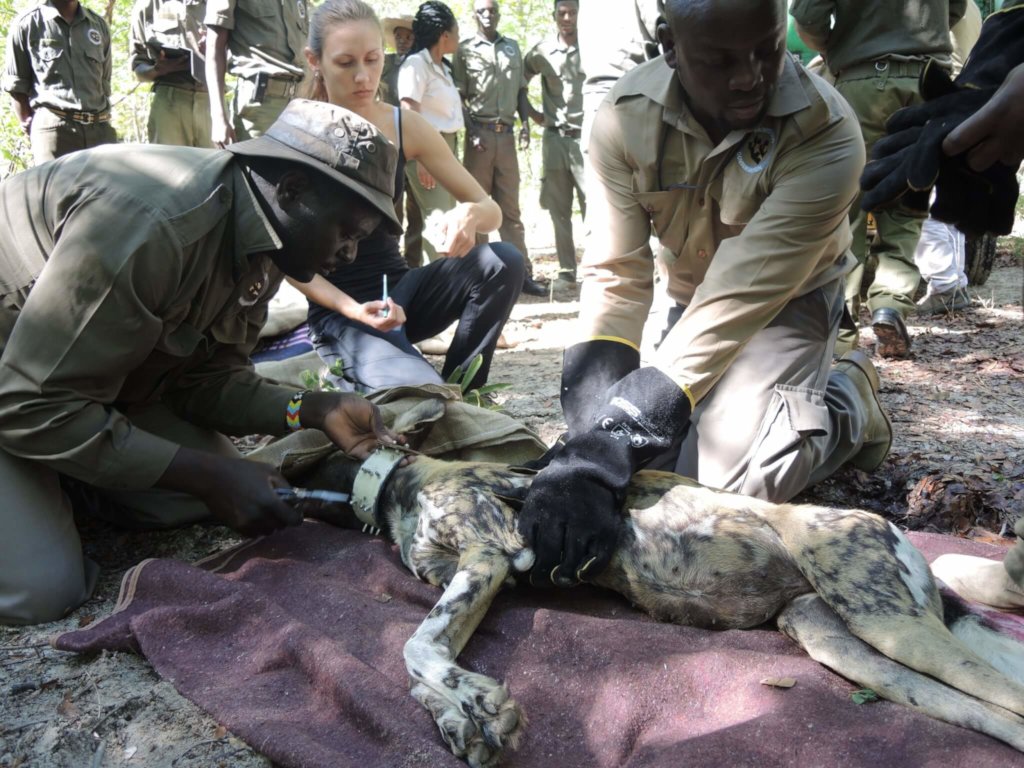 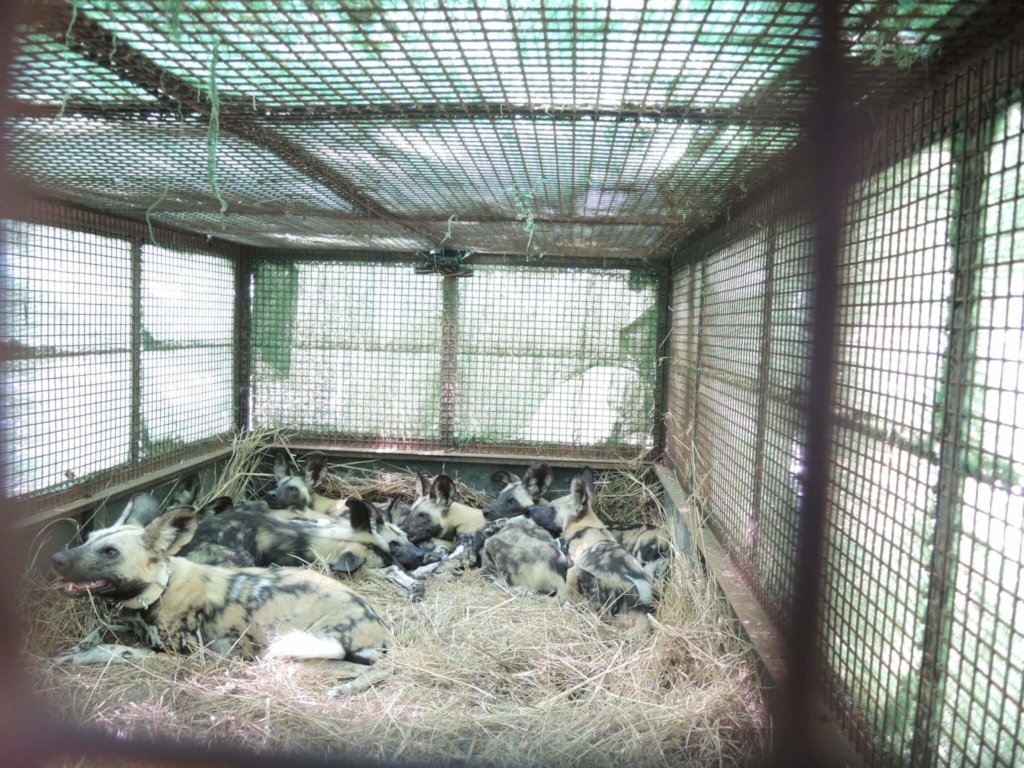 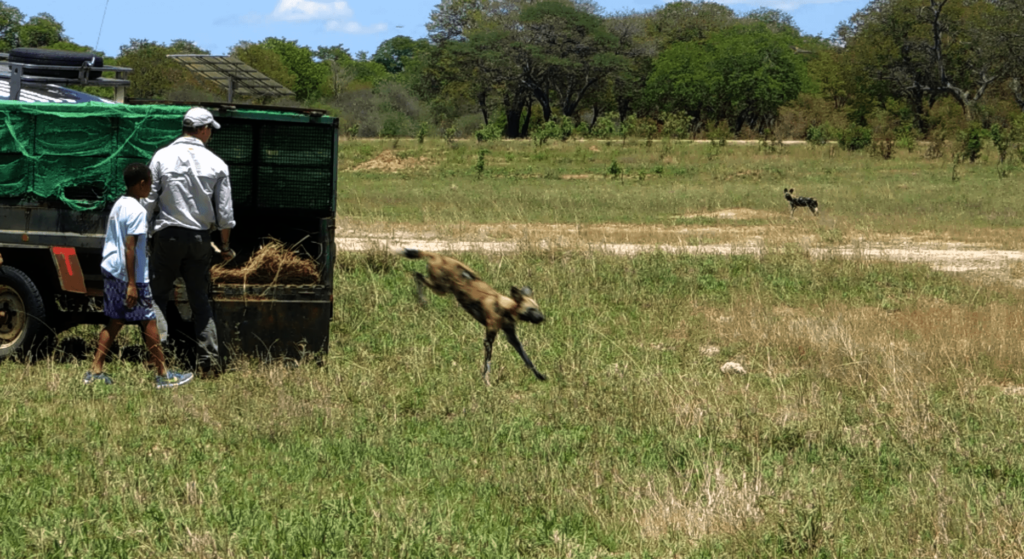 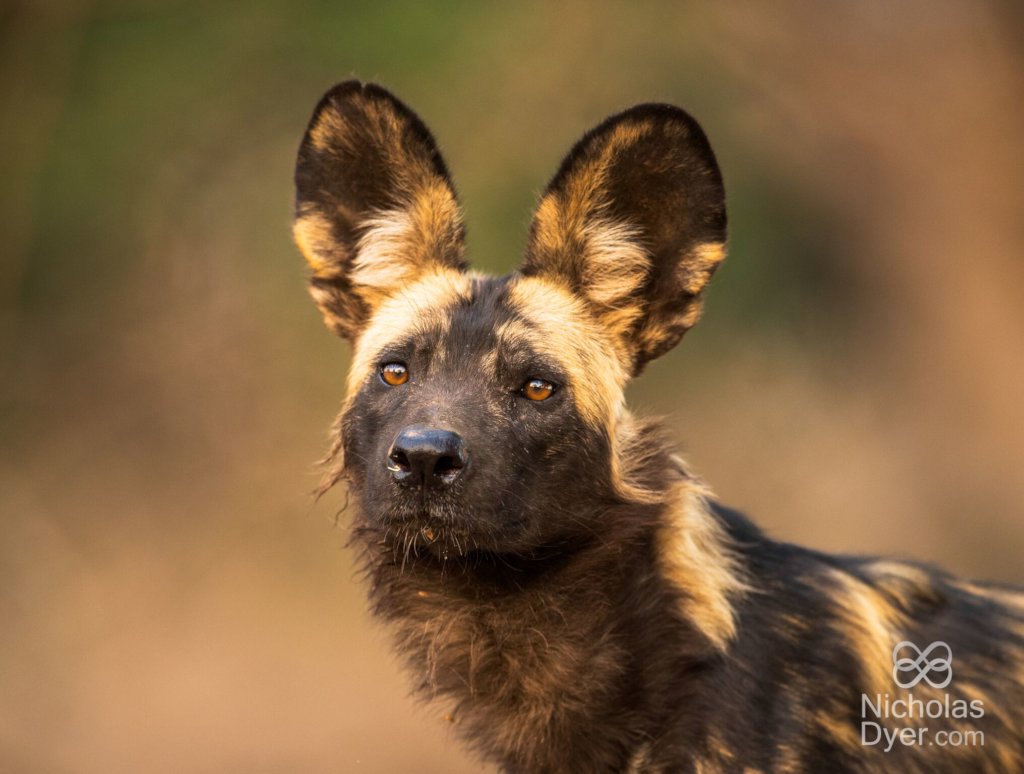 Painted dogs are a much overlooked species, yet they are one of the most persecuted. Few people even know they exist, let alone know of the threats they face as one of our planet’s most highly endangered hunters.

The David Shepherd Wildlife Foundation (DSWF) supports Painted Dog Conservation (PDC) in Zimbabwe, which is working to protect these fascinating creatures and educate local communities about their plight.

Six years in the making, ‘Painted Wolves: A Wild Dog’s Life’ is the most comprehensive book on the species ever produced and all profits will support their conservation.

Your donations have helped DSWF support the publication of this unique book. We are proud to back this wonderful way of shining a light on this endearing species – the world needs to know about painted dogs!

A video has been put together to give viewers a taste of some of the eye-catching imagery and special moments captured in the book. It includes a commentary by the photographer Nicholas Dyer himself.

You can view the video, find out more, support the conservation campaign and buy a copy of this beautiful book of photographs and stories here.

Let’s spread the word and help protect these intelligent and playful creatures! 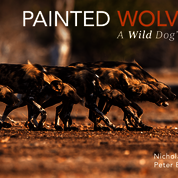 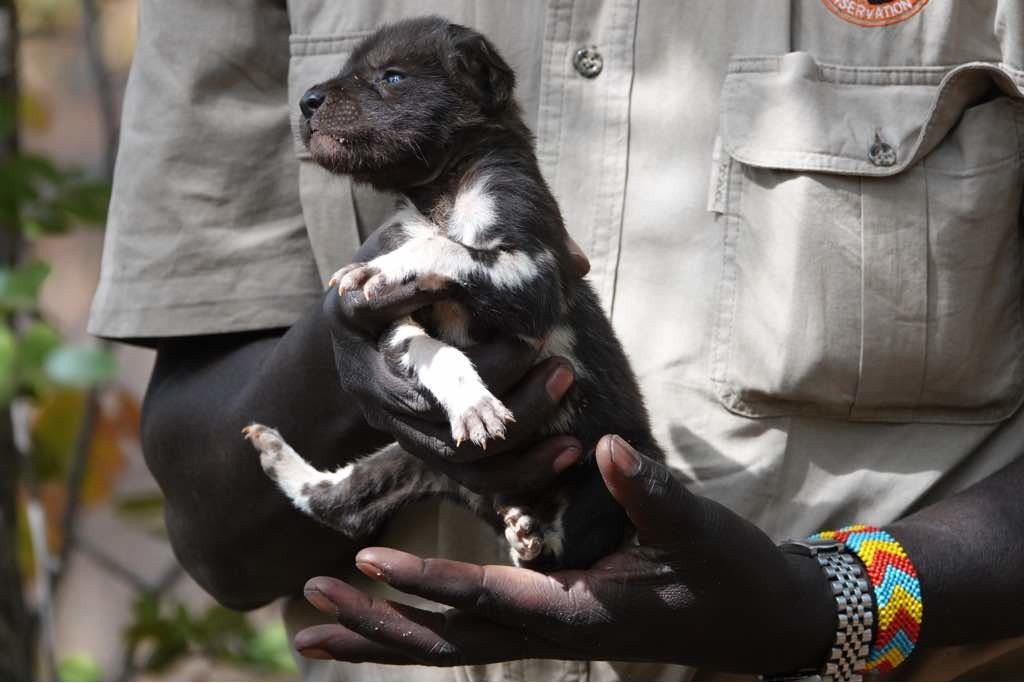 Eight tiny painted dog puppies were rescued by our partners in Zimbabwe, after they carried out a challenging mission to dig the family out of their den - deep underground.

The team at the DSWF funded Painted Dog Conservation (PDC) were called out to save the pups, after disgruntled villagers in Phindo reported that the adults had been killing their livestock.

The PDC rescue workers located the den and laid traps for the parents overnight. As dawn broke, the team set about digging down through seven metres of earth to reach the pups, which were brought to safety.

The eight three-week-old pups are now settling into their new temporary home at the PDC centre. The family will stay there for three to four months, before the process begins of returning them to the wild where they belong.

This is a fantastic success story and thanks in part to your on-going commitment to saving painted dogs – thank you!

Painted dogs – or African wild dogs - are unique to Africa and are among the continent's most endangered species. Fewer than 3-5,000 of the animals survive in viable populations in just four countries. Since the PDC project began in 1992, dog numbers have risen from 400 to approximately 750 in Zimbabwe today. 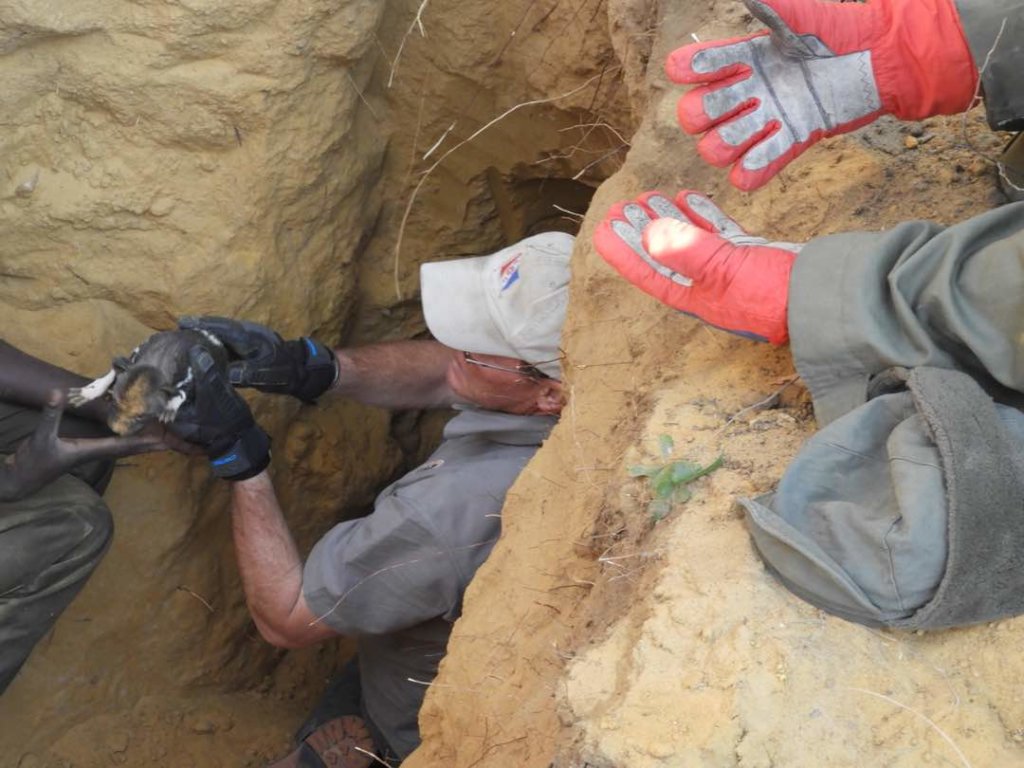 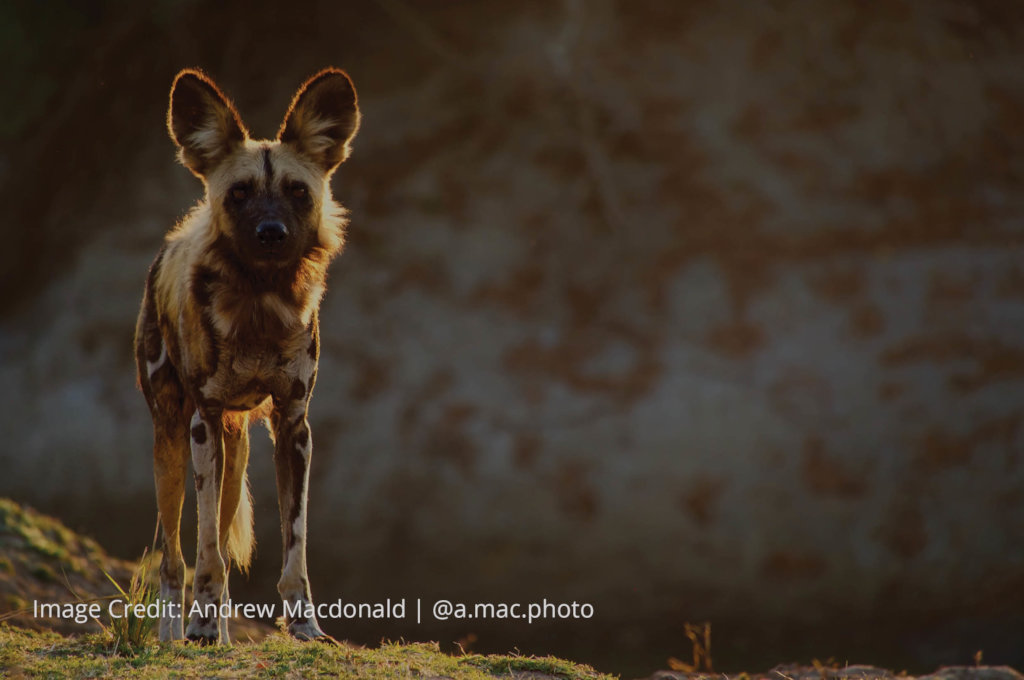 Over the last year we have seen the introduction of two new German Shepherd dogs to assist with the anti-poaching effort, celebrated the 14th year of the DSWF supported Children's Bush camp and seen the first female anti-poaching scouts join the team!

The anti-poaching unit has completed yet another lifesaving year collecting more than 2,5000 snares, patrolling 19,500KM in 6, 500 hours and arrested 14 poachers. The removal fo these snares alone saved the lives of more than 250 animals, knowing from experience, that approximately 10% snares set have a fatal impact.

In it's 14th anniversary, the Children's Bush Camp has had another busy year reaching 830 children from 28 local schools. Since its inception in 2001, over 12,000 children from eh local communities have visited Painted Dog Conservation. Berlinda, one of the new female anti-poaching scouts, attended the camp when she was eleven years old and is now a full time employee - evidence of the camps conservation success!

We could not have done any of the above without your help, thank you for your continued support and celebrating our success!

Project Leader:
Theo Bromfield
Guildford, Surrey United Kingdom
$13,966 raised of $18,500 goal
You last donated to this project on
213 donations
$4,534 to go
* Amounts in US Dollars
Donate Now
Donate once
Donate monthly
$20
USD
could provide education supplies for one week to teach children about painted dogs and conservation
›
$40
USD
could provide one month's field rations for an anti-poaching ranger
›
$50
USD
could fund the cost for one child to attend a four-day residential bush camp programme
›
$70
USD
could buy seeds for a community food garden to provide alternative income and sustenance
›
$250
USD
could buy a protective anti-snare collar for a painted dog
›
$350
USD
could buy one anti-poaching field kit for rangers to protect painted dogs
›

GlobalGiving
Guarantee
Donate https://www.globalgiving.org/dy/cart/view/gg.html?cmd=addItem&projid=25601&rf=microdata&frequency=ONCE&amount=25
Please Note
WARNING: Javascript is currently disabled or is not available in your browser. GlobalGiving makes extensive use of Javascript and will not function properly with Javascript disabled. Please enable Javascript and refresh this page.