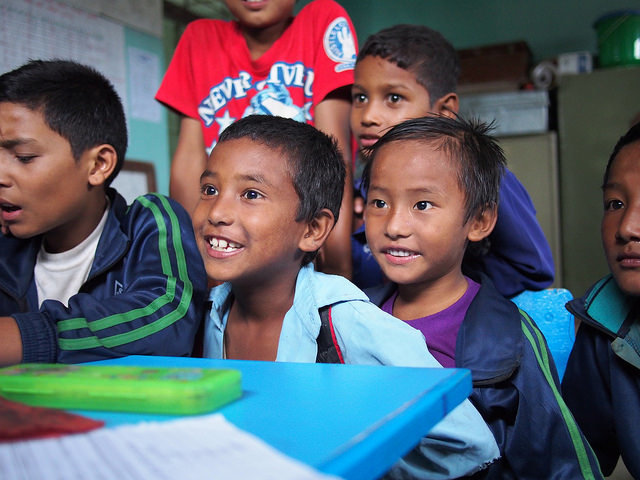 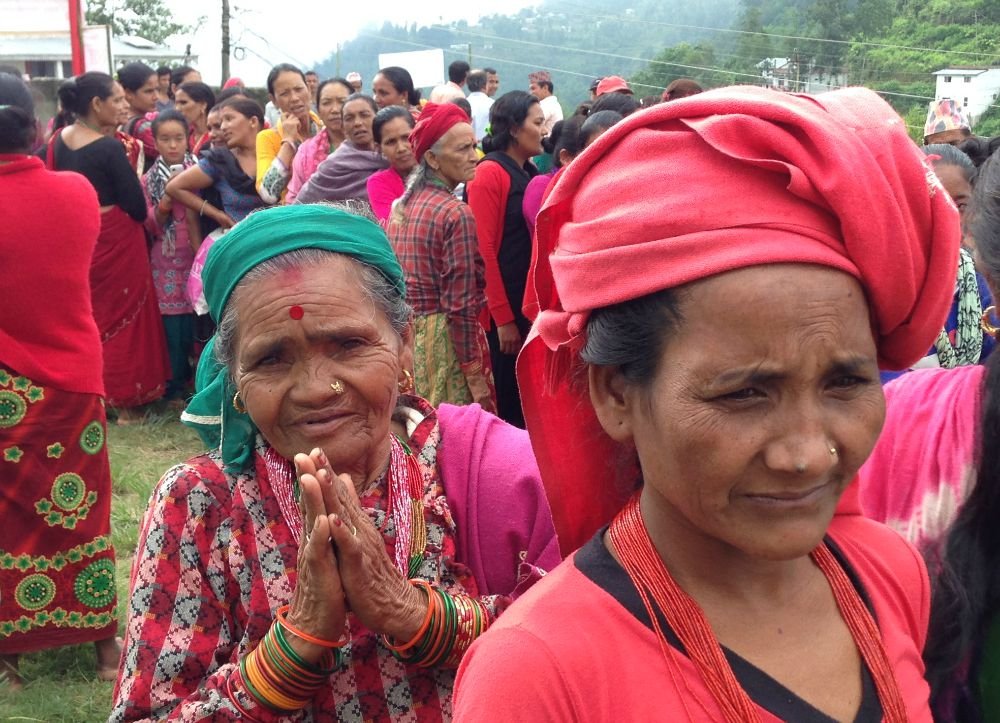 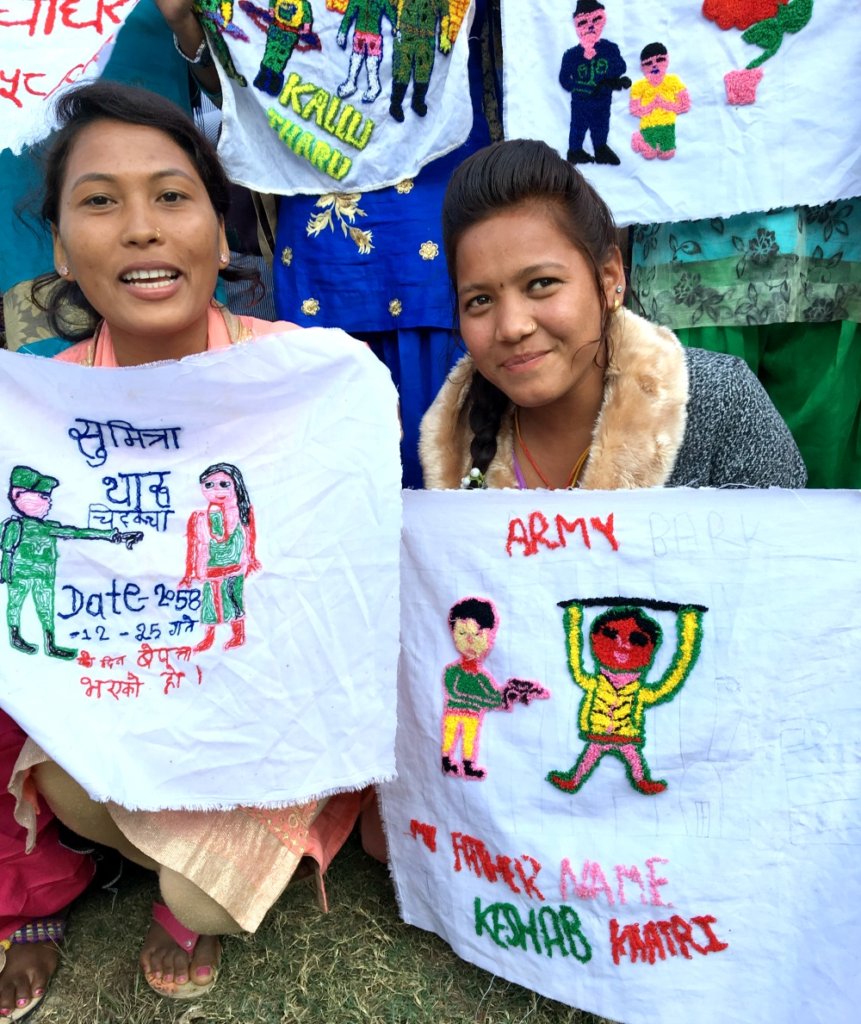 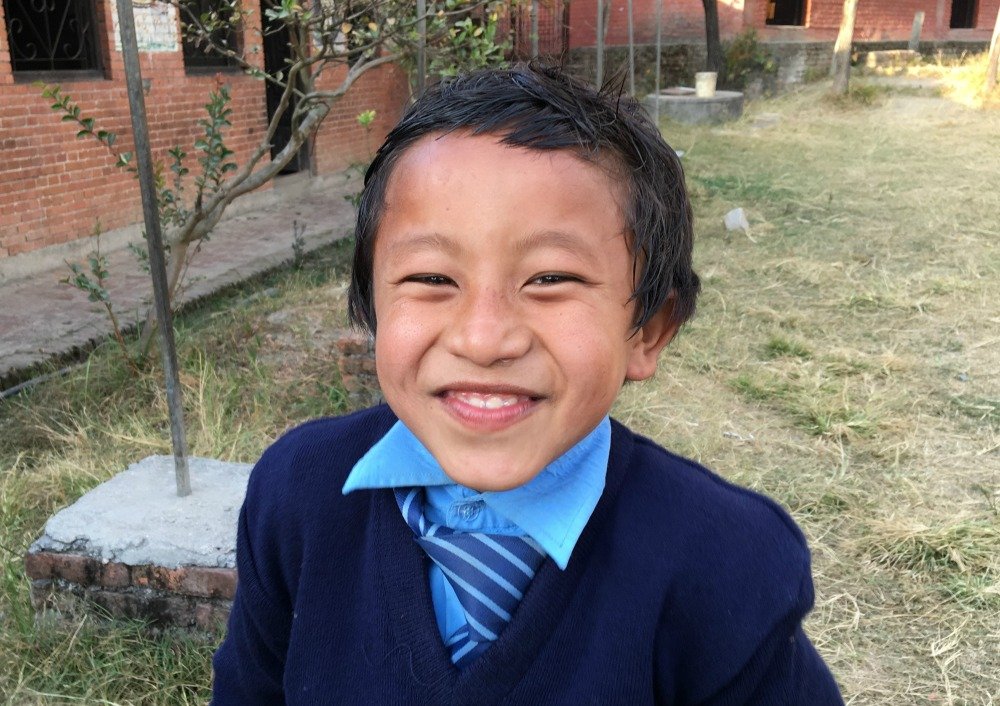 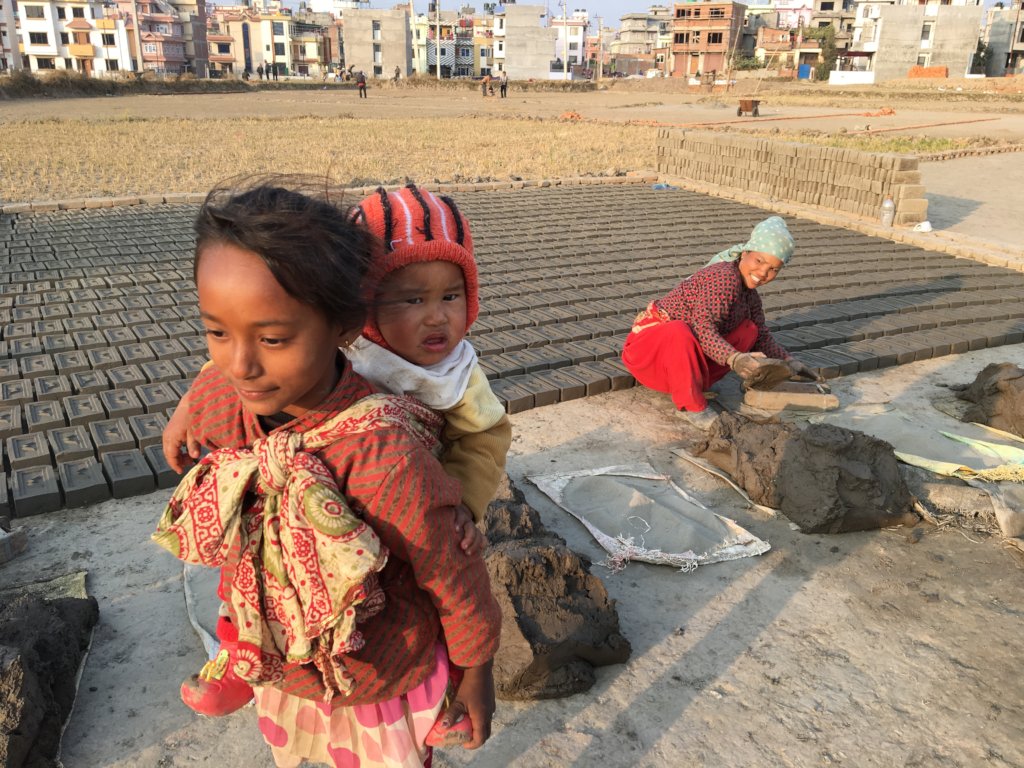 The final report on our Nepal earthquake appeal 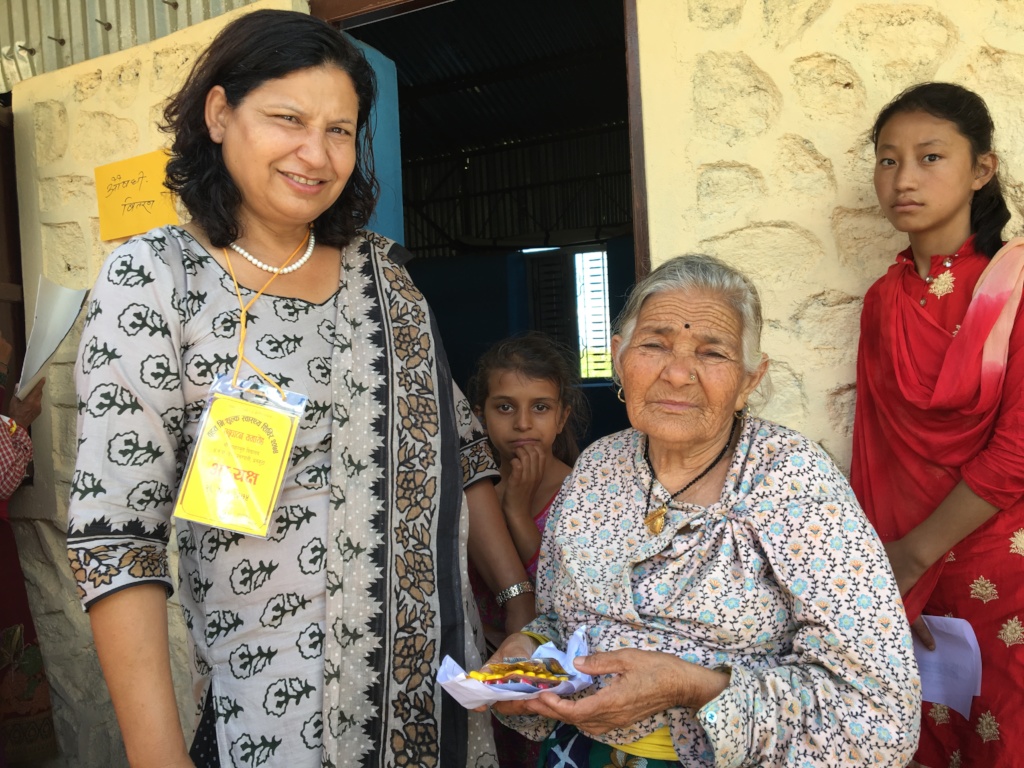 The ninth and final report on our earthquake appeal in Nepal

This is the final report on our appeal for three marginalized communities that were affected by the devastating 2015 earthquake. The appeal has generated $27,106 through 262 donations and is now close to reaching our original target ($30,000). Our plan is to retire the appeal early in 2018 and launch three new appeals for our Nepali partners, whose work is more relevant than ever. We hope you will stay involved!

The purpose of this email is to explain briefly how we have used your donations. While the earthquake has remained a factor, our three partners have moved past that disaster and developed innovative models for addressing the discrimination that made them so vulnerable to the earthquake in the first place. This is exciting and makes it more likely that your investment can be scaled and sustained.

Our goal with this project is to help our partner Care Women Nepal (CWN) to improve access to health services for village women who live in the remote district of Dhankuta. This is particularly important when it comes to uterine prolapse, or fallen womb.

The women of Dhankuta are particularly vulnerable because they walk long distances in a mountainous area, carry heavy loads, and often go back to work soon after giving birth. But government weakness also plays a role. During a field visit in October, we found that most government health centers (some of which were damaged by the earthquake) cannot even diagnose, let alone treat, prolapse. The Dhankuta hospital has only 20 beds and does not have a resident gynecologist who can perform surgeries.

CWN’s approach is to screen women for prolapse and other medical ailments at health camps. The camps are staffed by medical specialists from larger hospitals outside Dhankuta who know Indira Thapa (photo above), the founder of CWN and are only too happy to practice their skills, as we explain in this recent news bulletin. CWN is also able to mobilize a large team of volunteers to help. Women with mild prolapse receive a pessary while those with third degree prolapse are placed on a waiting list for surgery. Click on this video to see how the camps work.

CWN has screened 4,975 women at 6 camps since 2015. Around thirty have undergone surgery for prolapse and thousands more have benefitted from other interventions, including cataract surgery, after attending a camp (photo).

This wonderful project has been well served by three Peace Fellows, who provided technical support and raised their own funds. Our 2017 Fellow Rachel Pettit, a student at Sciences Po in Paris, raised $2,588.

At the same time, we are determined that the next camp will strengthen the government health system, which is the only way to reach all women in Dhankuta. The camp will be organized jointly by CWN and the Dhankuta hospital. They will choose the doctors together and make sure that nurses from the hospital and health centers receive prolapse training in the process. They will also use the camp to develop patient records, which can be followed up by hospital staff. Finally, CWN will help the Dhankuta hospital to coordinate prolapse surgeries with larger hospitals.

If this can be achieved, we will have put in place a system that can benefit thousands of vulnerable women in Dhankuta – a wonderful way to build on your donation. We will launch a new appeal for CWN on Global Giving in the new year.

Educating children from the brick factories

Our second partner CONCERN takes children out of the brick factories and places them in school. As we have explained in previous reports and through videos, children as young as three are flipping bricks in violation of Nepali law which forbids the employment of children under the age of 16. While they are no doubt helping out their parents, this work is abusive, dangerous and illegal.

How have we done? We placed fifty children in school in 2015 and posted their profiles online. We placed 50 children in school again this year for the third year running, although we had to replace 6 children who left the area and one child who moved on to secondary school. CONCERN also began working with two new schools.

Our 2017 Peace Fellow Cynthia Boruchowicz met with 44 of the 50 children this summer and updated their profiles for our website. During her interviews, Cynthia – a PHD student at the University of Maryland – learned that some children had gone back to flipping bricks after they returned from school. As a result, we will fund extra tuition next year at the Suryodaya Balbikas primary school in Bhaktapur. This should help children like Sanu who live in a brick factory, to complete their homework and stop work completely after school (photo). If it works we can expand tuition in 2019.

Such adjustments are possible because – once again - we have used your donations to leverage more funding. Since 2015 we have raised $21,162 for CONCERN, and still have over $3,000 left as we head into 2018. As with Care Women Nepal, we plan to launch a new appeal for this project in early 2018.

The biggest challenge is to scale up the model and change policy or behavior. That will probably not happen until CONCERN can engage directly with the factory owners, who wield enormous power. That will be very much on our agenda for next year.

Empowering wives of the disappeared

The Maoist rebellion (1996-2006) triggered a vicious conflict in Nepal and led to the disappearance of over 1,500 Nepalis who have never reappeared. Several of their families also lost homes to the earthquake. The question was - how could we help?

At the suggestion of the family members we began in 2015 by offering training in embroidery. This kicked into high gear in 2016 when our Peace Fellow Megan Keeling from the Fletcher School at Tufts University arranged training for a group of wives in Bardiya, who produced embroidered squares about their husbands. These are being assembled into an advocacy quilt which will be shown at events in Nepal in 2018.

AP then suggested that the family members produce embroidery for sale. In the summer of 2017 our two Fellows Kirstin and Vicky visited Bardiya and helped 25 women to form a cooperative. Coop members like Pooja (photo) produced a series of tiger designs, which were taken to Kathmandu by their coordinator, Sarita, and turned into sample bags by tailors (photo). Making these bags has done wonders for morale, as we explain in this recent bulletin.

The Bardiya group hopes to produce 50 more bags by next summer, for sale in Nepal or the US. We are also funding training for the inspiring leader of the cooperative, Sarita Thapa (whose own father disappeared), in how to make bags.

Parallel to this, we have invested in strengthening the cooperative, which now has legal statutes, a bank account and elected officers. We have also recruited an English-speaking student, Prabal, to help them manage the project. Since 2015 we have raised just over $11,000 for the cooperative and still have $2,280 to spend next year.

The Bardiya family members are represented by a network, NEFAD, and our other goal for 2018 is to help NEFAD lobby for justice. This will be difficult because politics in Nepal is confused but we hope to have a plan by early 2018 and may ask the UN to intervene. We will post a new appeal on Global Giving for the Bardiya wives in 2018.

It has been an enormous privilege to support these dedicated men and women during the past three years. You can be very proud of the way they have used your generous donations. We do hope you will stay involved!

Wishing you a very happy holiday and a prosperous new year. And again, thank you for your generosity. 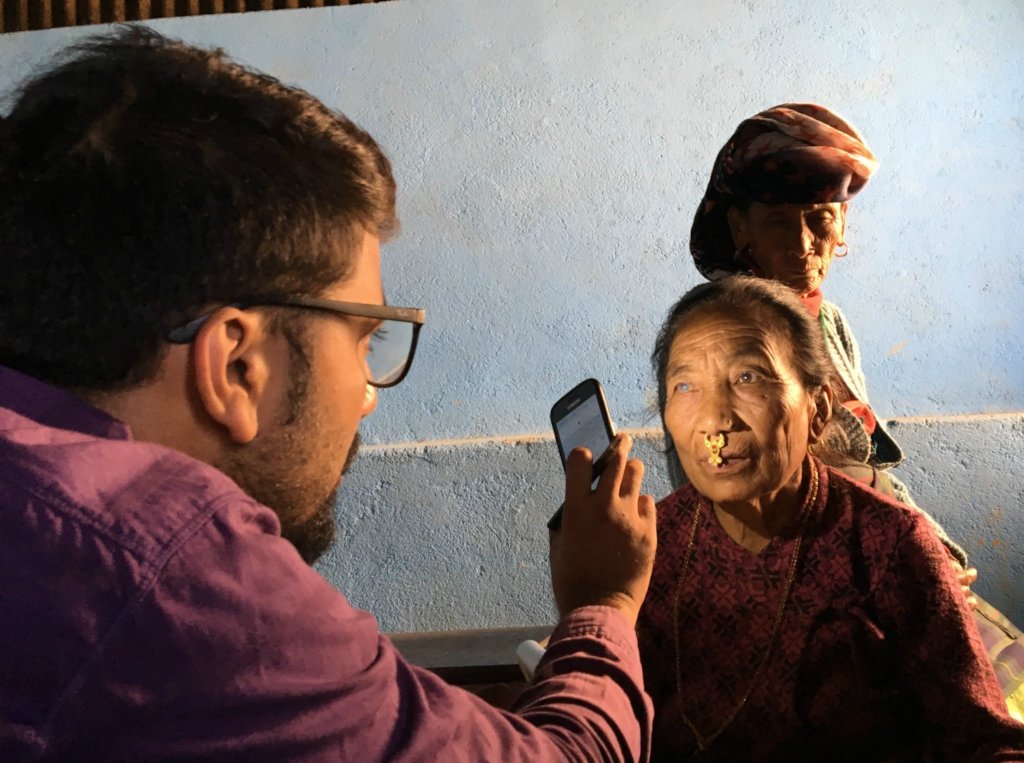 Screening for cataracts at the CWN health camp 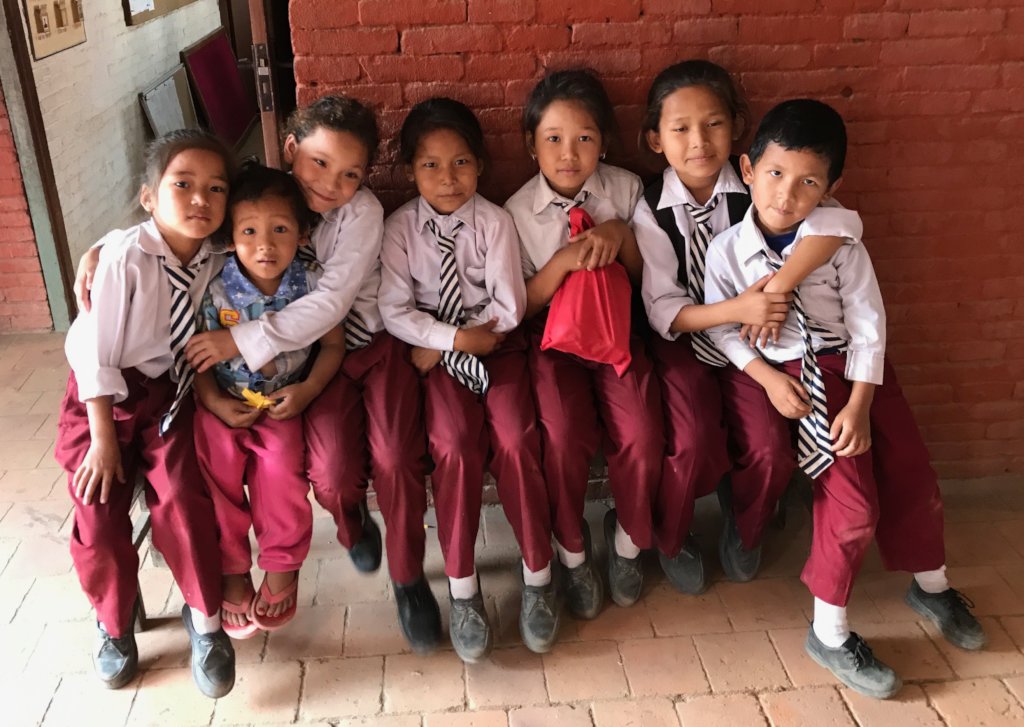 Some of CONCERN's young beneficiaries 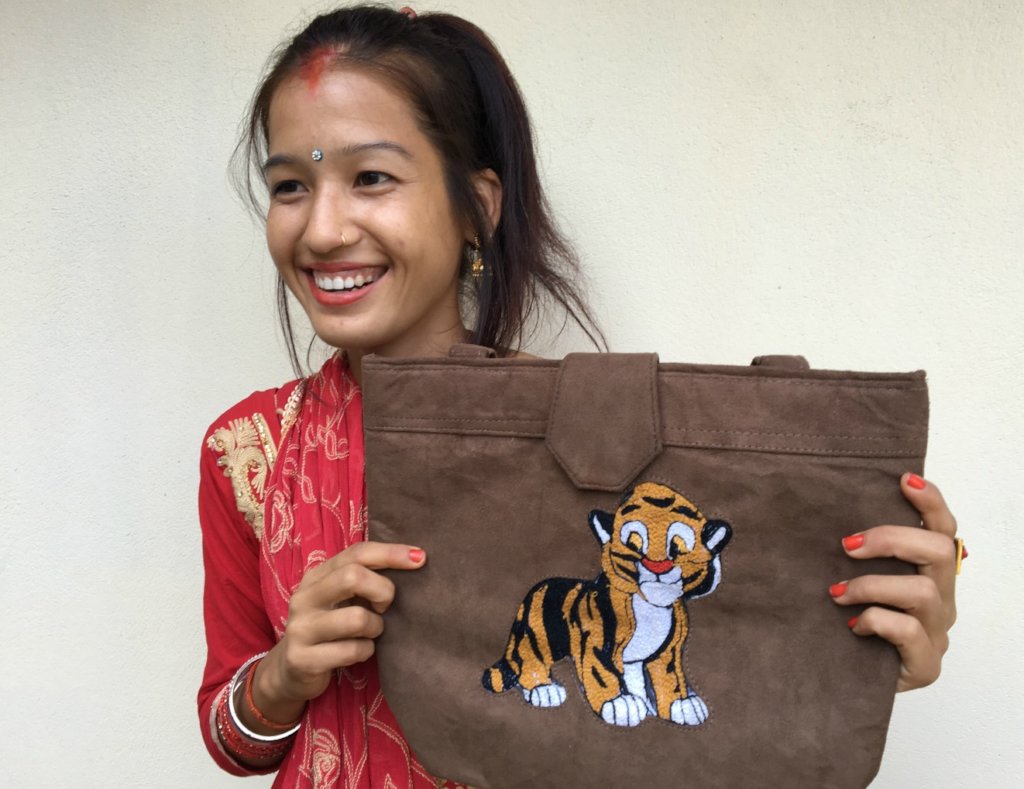 Poojah's father disappeared during the conflict 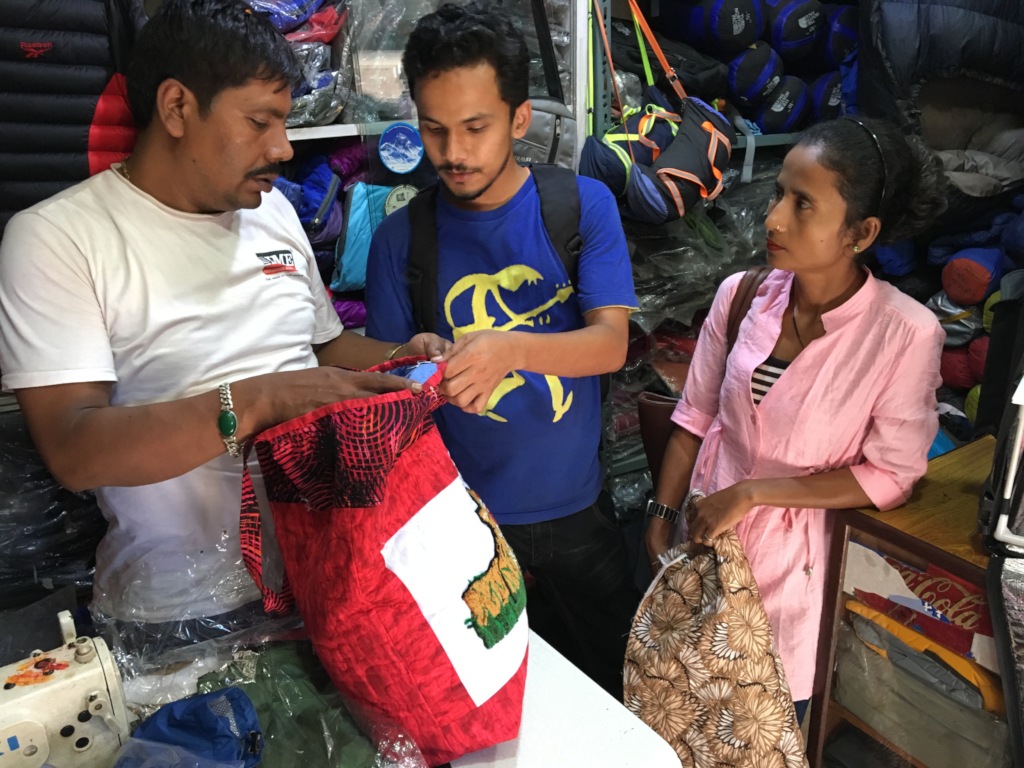 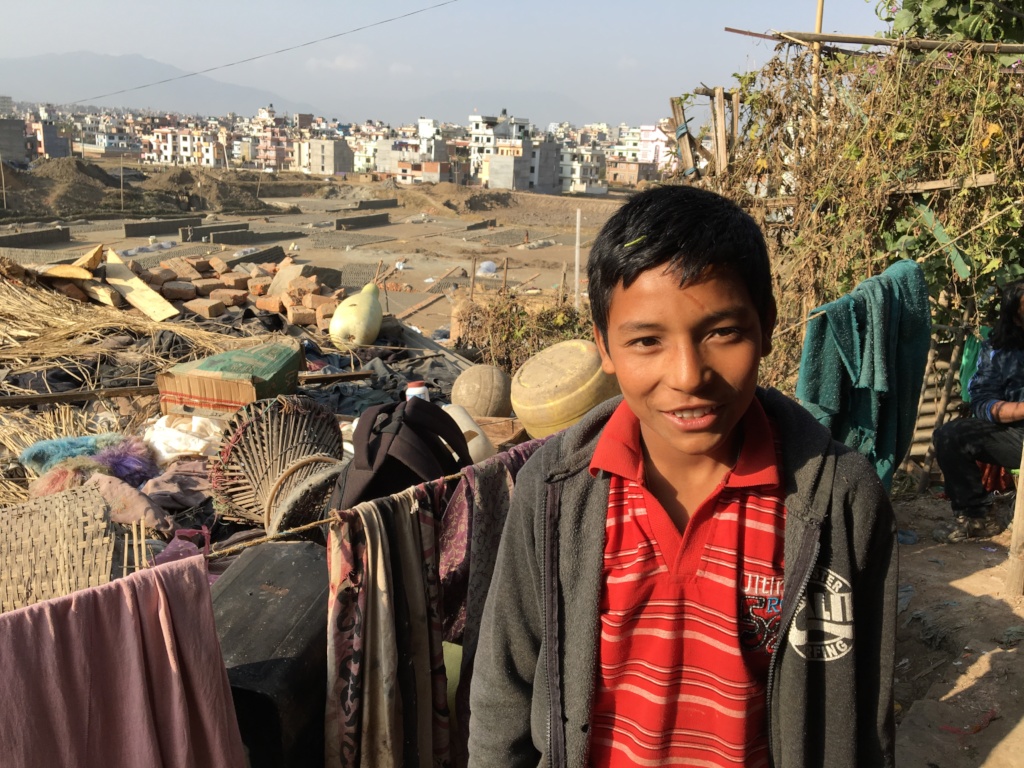 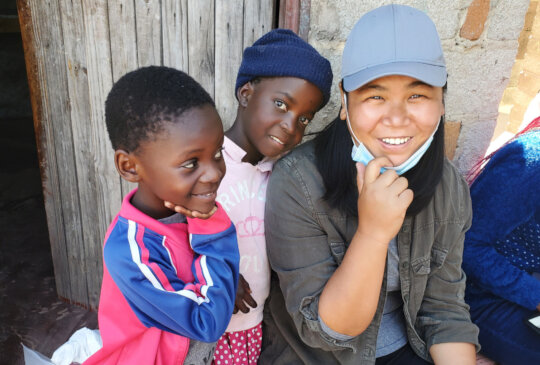