My World in a Garden - Sister Walls

by My Arms Wide Open 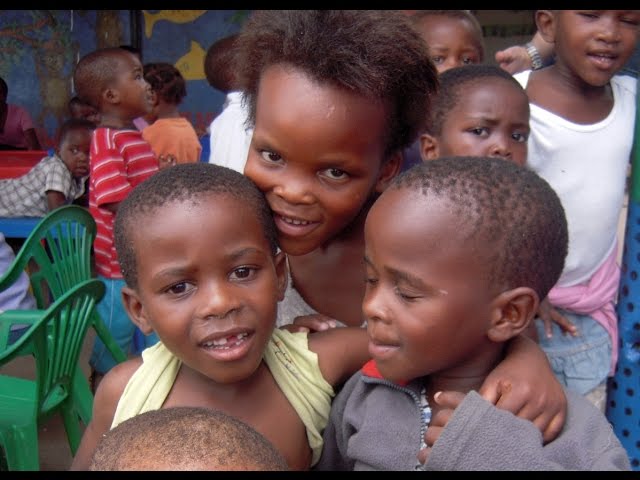 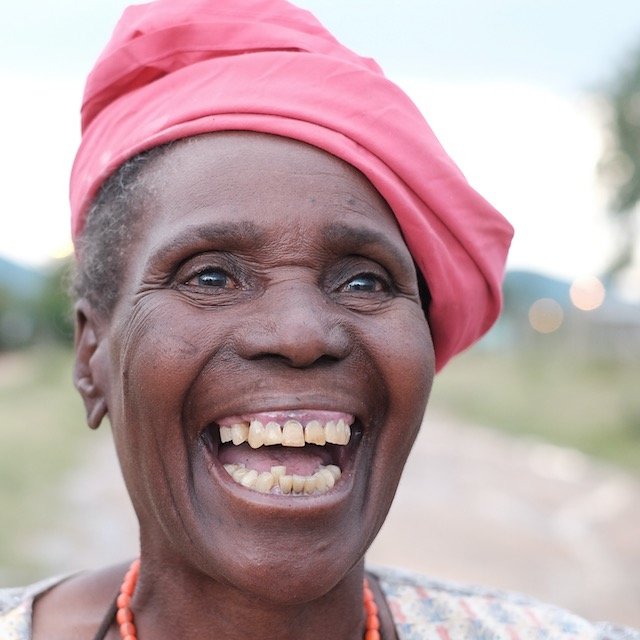 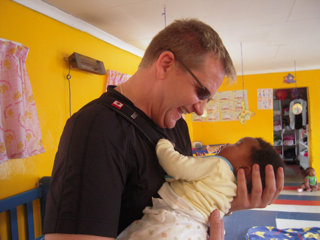 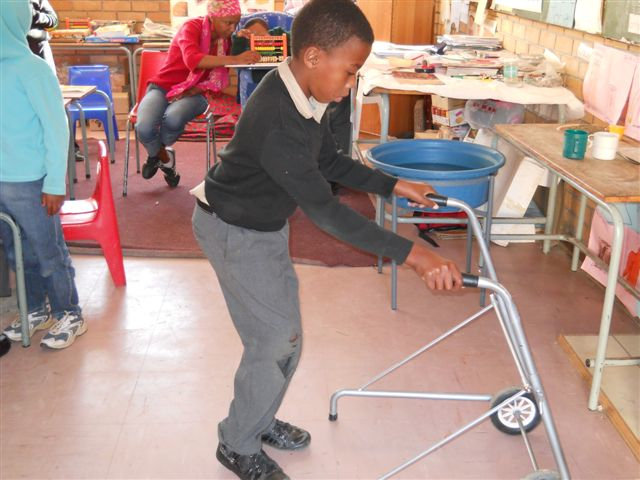 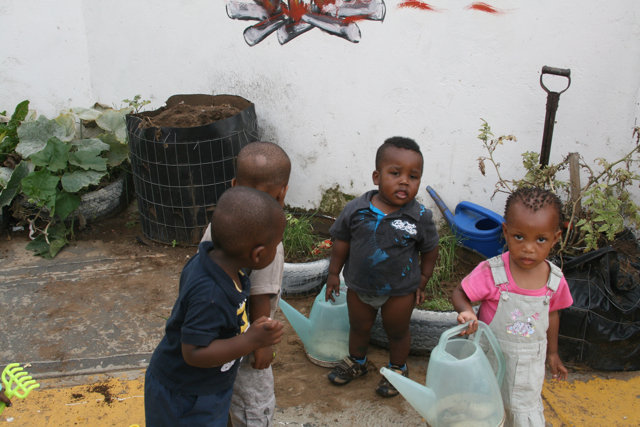 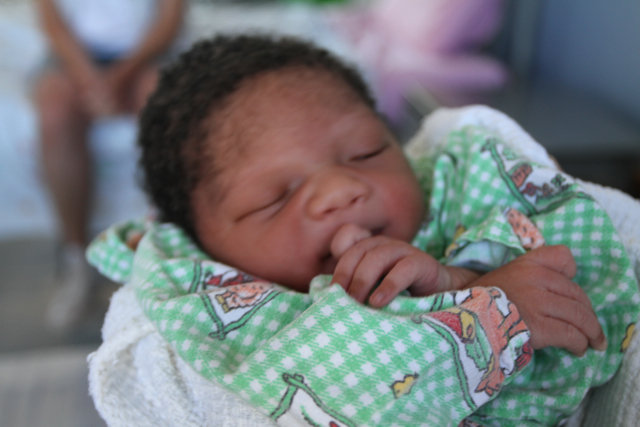 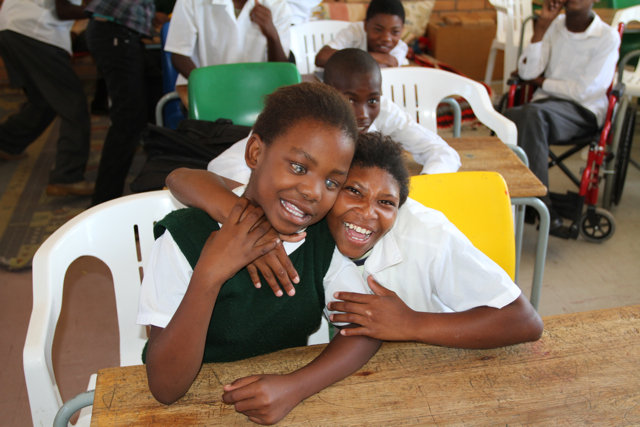 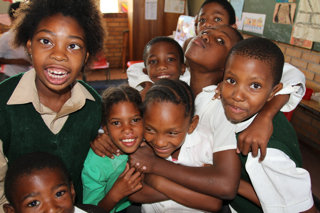 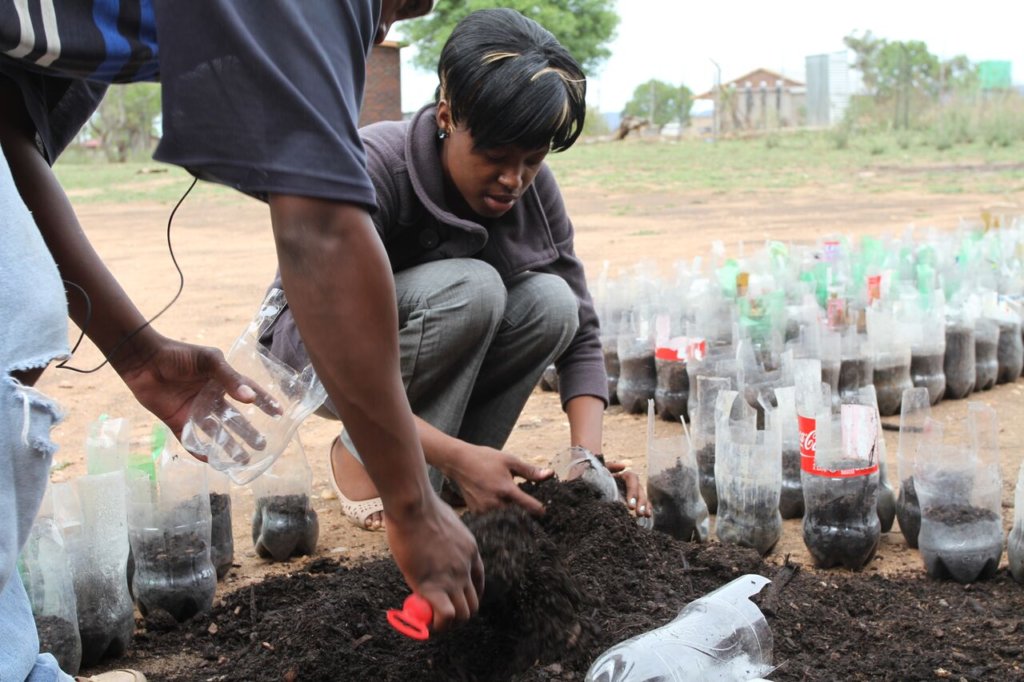 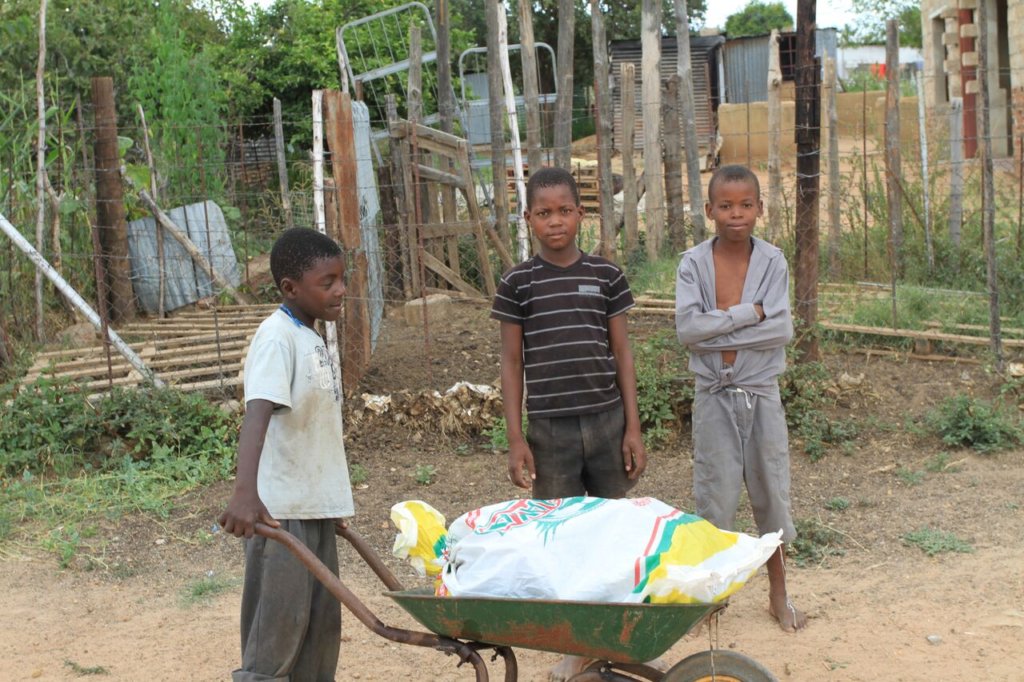 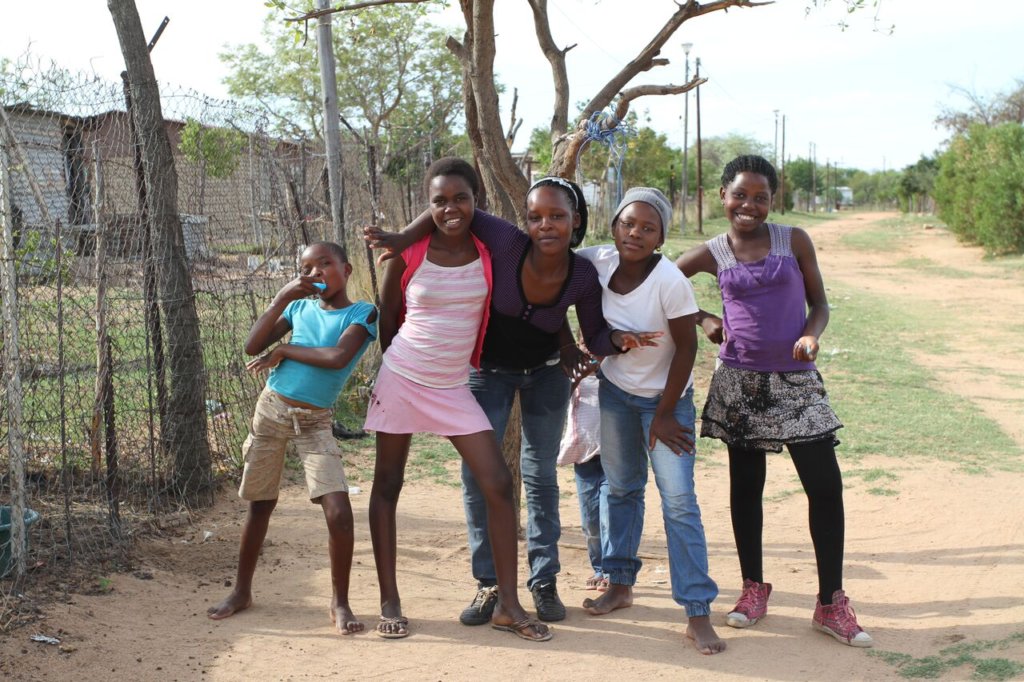 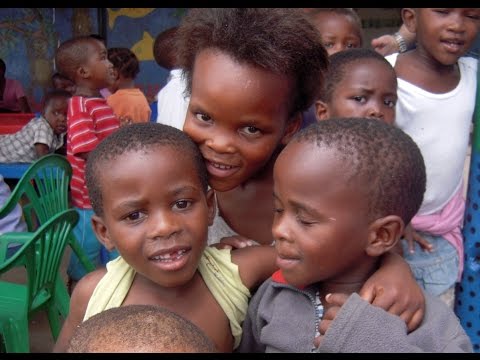 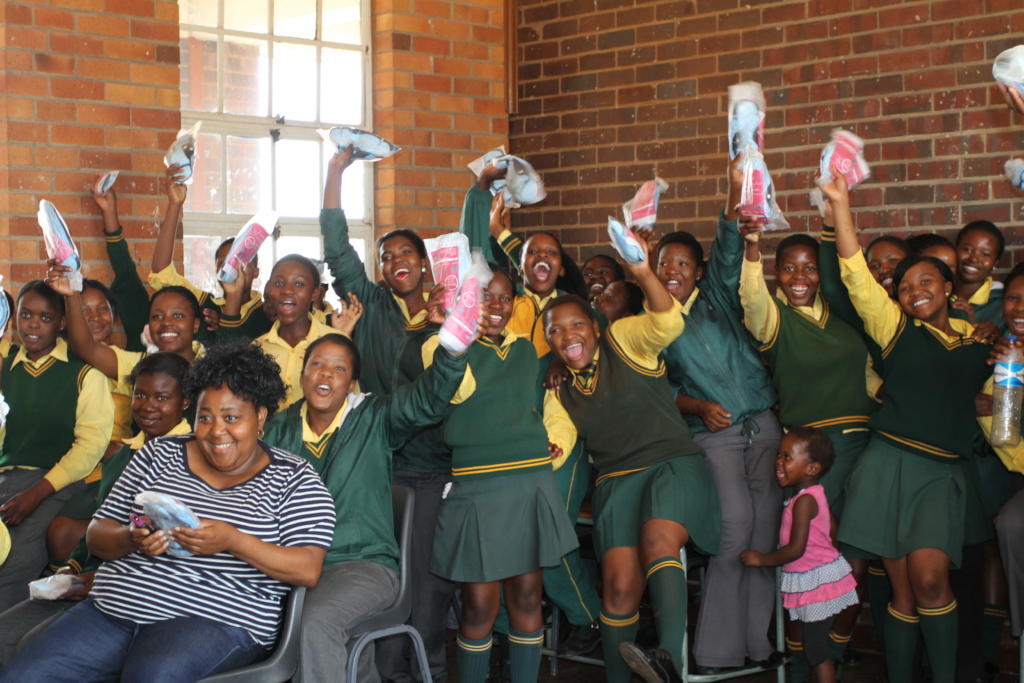 Girls deserve to be present at school

We are finally at a point where Keith can travel to the Bergnek Community again. COVID-19 has been a global struggle and the restrictions in South Africa created absolute isolation for the community. The podcasts are now beginning, and we wanted to give you all some background on what is to come. This is a transcript of the opening to the second of the podcasts, which you can find on

Interviewer: Imagine this. You are black, living and working on a white Afrikaaner farm. You have housing and food but very little pay so no means to move away. It’s 1997. Apartheid has ended. With this came changes in tenure and the Land Reform Act - introduced to help address historical injustices, especially those resulting from land dispossession of the black majority. The changes mean that food and housing can no longer be considered as part of your pay. The ironic consequence is that you can’t afford to stay there, so you’re evicted: one of 1,300 relocated to form a community called Bergnek. Your name is Keabetswe Keith Mosumane.

Keith: Living in the farms, had its up and down, but moving into Bergnek, things were better back then, it was more like coming out of Egypt into Canan. At the time I was young and ignorant of what was happening around me.

Interviewer: Situated in dry bush, Bergnek is 45 kilometres from the nearest major city, Polokwane, and 300 kilometers north of Johannesburg. The closest hospital is more than 40 kilometres away in the opposite direction. Transport is expensive.  Sanitation is rural at best. Access to water remains difficult. During 2003-2011 there was no real access to water in Bergnek at all. The very same farmers that had once employed the people of Bergnek would sell them water from a truck in the afternoons and evenings. There is a small school but few jobs and little means to develop the skills of the people who live there. Most of the people in Bergnek are unemployed and live on one meal a day. The community is short of about 350 houses.

Keith: For a community like ours, we are almost forgotten when it comes to services delivery, No access to transportation, No clinic, poor access to water and sanitation and high rate of unemployment. For the youth its access to information, that can help them make informed decisions on the studies and future goals

Interviewer: The government has promised resources every election cycle, but what’s really available and how to get it is not clear. Lack of transparency and awareness of individual and legal rights along with restricted education, makes it difficult to access and manifest these resources.

That was the reality for Keabetswe (Keith), who’s now father of 3, living with his family in a suburb of Johannesburg, but forever committed to breaking through the challenges faced by the people who live in his home community of Bergnek. Keabetswe and I have been connected since 2013. We were introduced by Warren Te Brugge: the founder of a BC based charity, My Arms Wide Open. Keabetswe shared his story at the Impact Economy Summit that The Citizens Media held here where I’m broadcasting from, in Whistler BC back in 2015.

So much has happened since then. Super excited to at last introduce you in what will be a series of conversations shared through Imagine Your Impact Podcasts, during which we’ll be inviting you – not just to listen – but to ask questions to those living in Bergnek too. Our intention is to give the people a voice and – in so doing – deliver meaningful insight for developing and supporting solutions that can help them and their community – and the many others like them – to develop opportunities in sustainable and autonomous small businesses that mean they can take care of themselves and each other with the dignity and pride they deserve.

So how can you get involved?

Ever think about how money impacts our ability to bridge divides? We all need it, and most of us want as much as we can. Yet money works so the more you have, the easier it is to make even more, which makes reducing divides hard to do. Whether you keep it or give it away, the difference in our ability to make money creates conflict and affects our sense of self-worth.

Now more than ever, it’s time for change.

Hello and welcome to ‘Imagine Your Impact’ Podcasts: conversations that explore how the voice of the people, and changing the way we exchange value, can bridge our divides.

I’m Caroline Smalley, your host and co-founder of The Citizens Media

There are many ways for you to help and support girls in the program and we count on you and the people you know to help us, help girls in many communities in south Africa.

We ask that you forward this project report to 2 friends or begin your own fundraising page for the cause here on GlobalGiving.org.

We are grateful for your ongoing support and for all you, as a donor, have already done to create positive change in the Bergnek community, and are always grateful for you our supporters, and especially for those of you who give to the GirlStuffPeriod project every month. Thank you for your contributions, your messages and for sharing the work we do with the wonderful people of Bergnek. We appreciate you and the people of Bergnek most certainly do too.

We won't give up on the communities we serve, and we know you won't either!

Donating through GlobalGiving is safe, secure, and easy with many payment options to choose from. View other ways to donate
My Arms Wide Open has earned this recognition on GlobalGiving:

GlobalGiving
Guarantee
Donate https://www.globalgiving.org/dy/cart/view/gg.html?cmd=addItem&projid=8477&rf=microdata&frequency=ONCE&amount=25
Please Note
WARNING: Javascript is currently disabled or is not available in your browser. GlobalGiving makes extensive use of Javascript and will not function properly with Javascript disabled. Please enable Javascript and refresh this page.