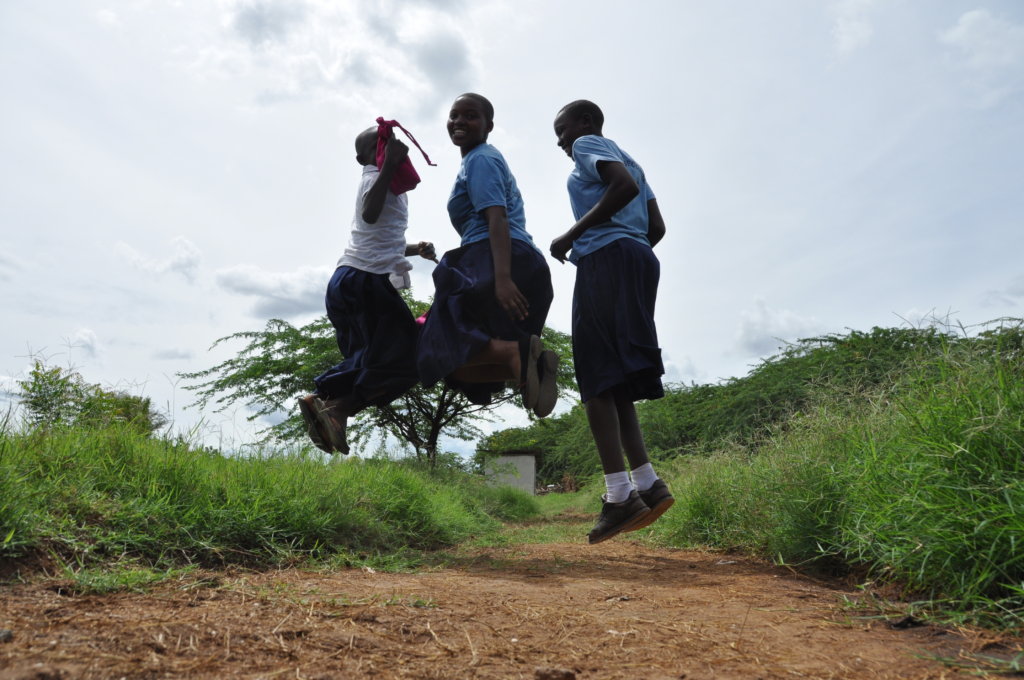 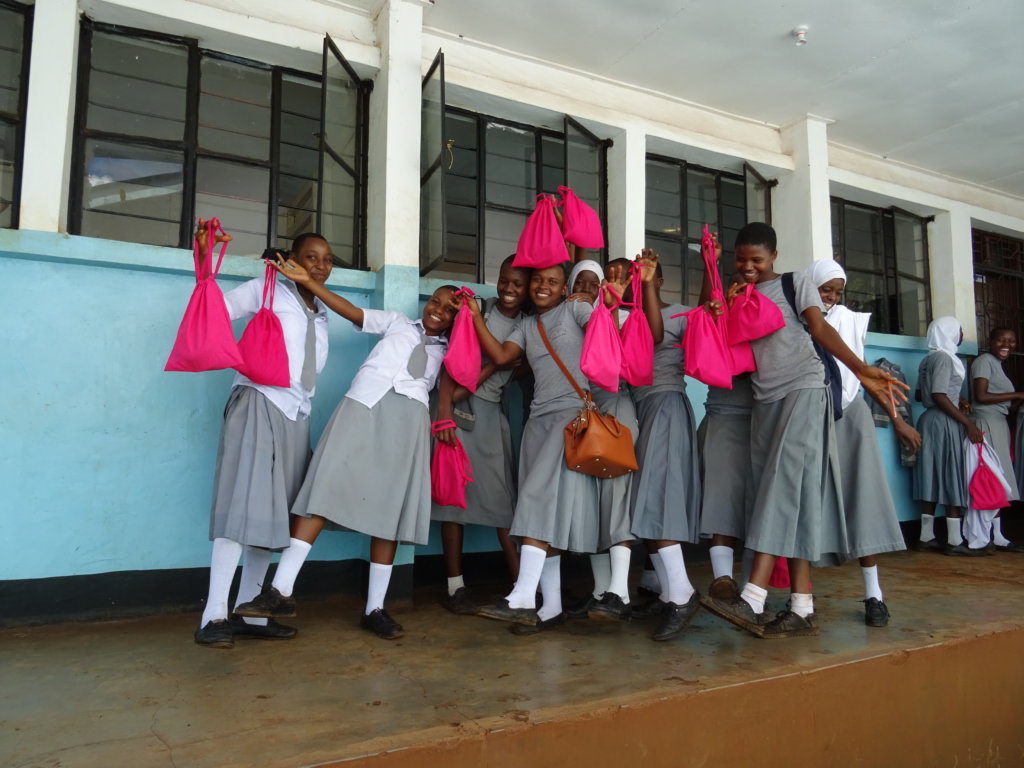 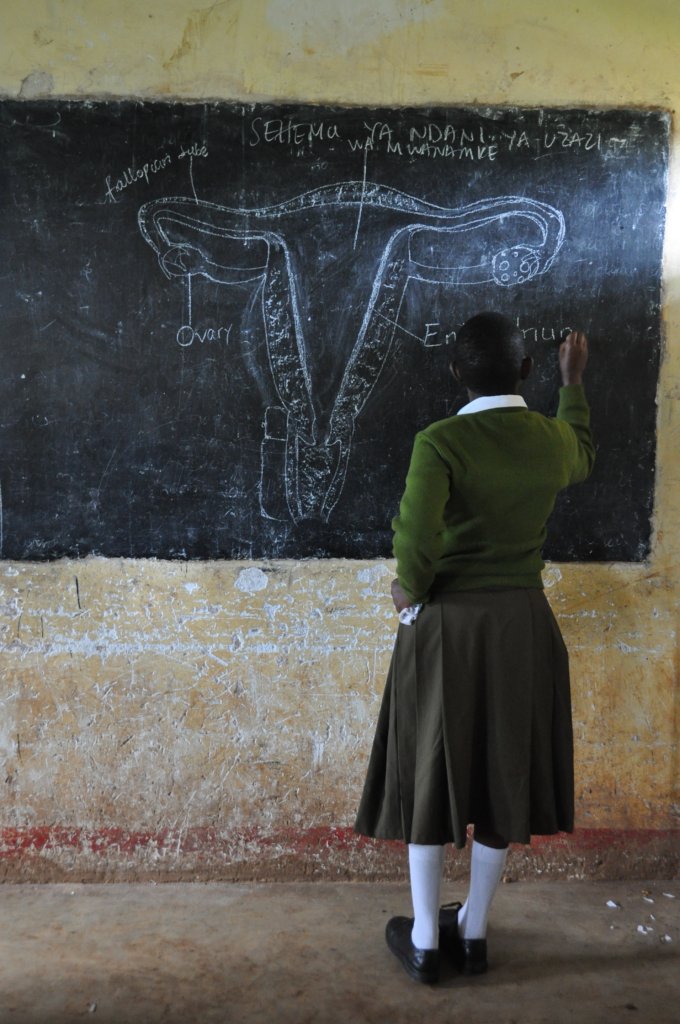 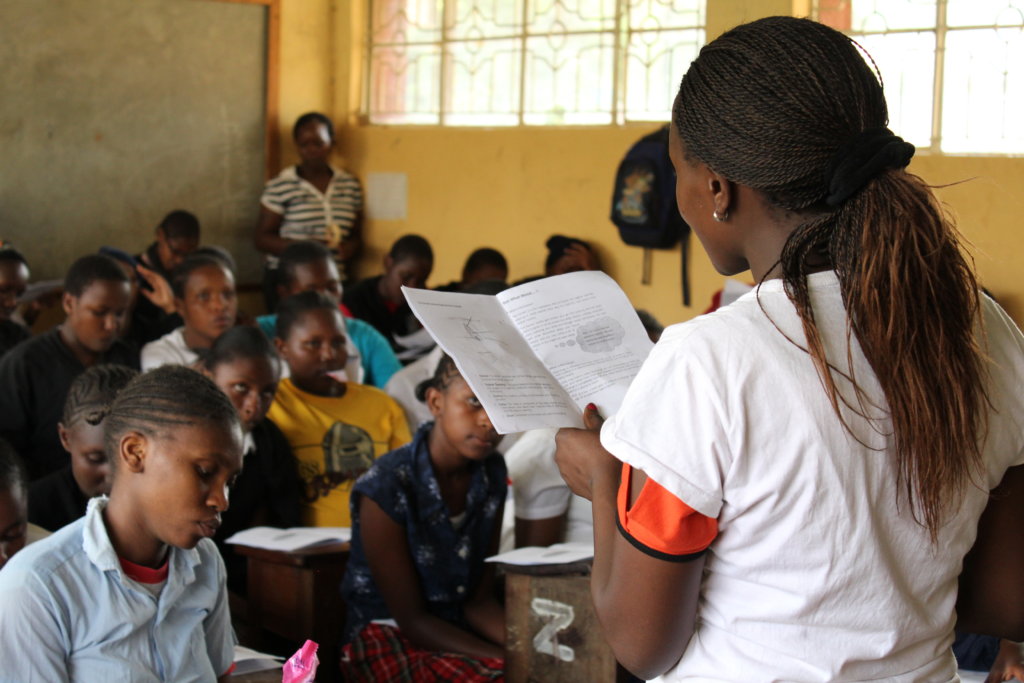 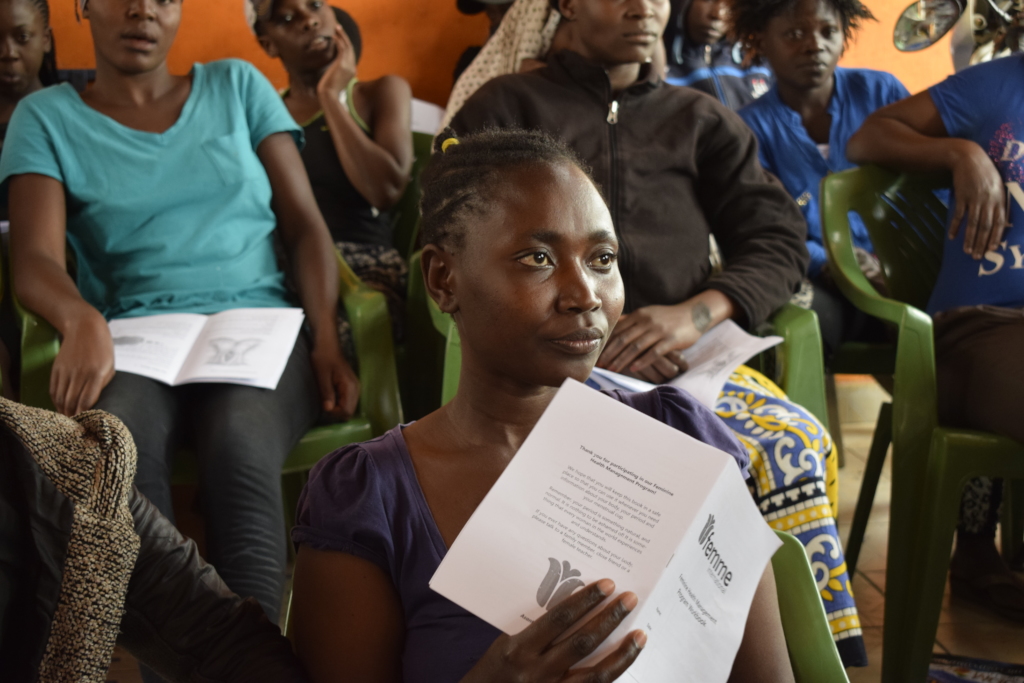 The Twaweza Program combines education, conversation, and distribution to reduce menstrual stigma and empower girls to stay healthy and in school, thereby improving their quality of life. Providing reusable menstrual products has been shown to improve girls’ ability to concentrate and participate in school as well as reducing the risk of RTIs.

The interactive workshops are delivered over a four-day period for one to two hours each day. On the fourth day, participants receive a Femme Kit, which is designed to contain everything required to safely manage their periods. This includes soap, a towel, a bowl, and a reusable menstrual product. Participants are given the choice of which is best for them: a menstrual cup (Ruby Cup), or reusable pads (AFRIpads).

After six weeks, facilitators return for a check-in, the purpose of which is two-fold. Firstly, it is an opportunity to reinforce key concepts, as letting go of long-held beliefs is difficult. Secondly, it serves as continued support for MC users, and increases uptake through encouragement and identifying successful peer users who can act as leaders to support the group.

Improved menstrual/reproductive health means girls are suffering fewer adverse effects of poor MHM practices and recurrent health issues, which will primarily be measured by the indicator AHIs (see Table 1, section 5). Although no causal studies have been conducted, there is mounting evidence that demonstrates a link between poor MHM and increased risk or odds of RTIs, UTIs, and even STIs. Undiagnosed or improperly treated RTIs and STIs in women result in issues with fertility, dangerous pregnancies and increased child or maternal mortality, and chronic pelvic pain.

With less stigma around menstruation in the community, menstruators have more freedom to participate in everyday activities, are less restricted, and engage in healthier MHM practices. Myths and misconceptions often prevent menstruators from cooking, farming, gardening, or working in food-related areas. They prevent menstruators from hanging their menstrual product in the sun to dry, and from storing it safely, both of which decrease AHIs. They prevent women from partaking in income-generating activities, which affects their financial independence and agency. And they teach menstruators that their body is dirty, shameful, and contaminated, which has significant, unresearched long-term effects on their self-confidence, self-image, and self-worth.

When girls are better able to attend school, stay in school all day, concentrate and participate in class, and have higher confidence and less shame, they are more likely to remain in school, and perform better on national exams. This means they are more likely to enrol in post-secondary education, which increases their income and financial independence. Further education dramatically improves a woman’s agency and choice throughout her life, as they have better health, use family planning and practice safe sex, have fewer children who are healthier and have higher education. Prioritising girls’ education over subsequent generations will significantly decrease gender inequalities in schooling and job/hiring sectors, which will in turn further promote environments that are conducive to girls’ education. Women with higher levels of education contribute significantly to their community’s development and their country’s GDP.

71.8% of beneficiaries reported comfortably sitting at their desks during menstruation, as opposed to being uncomfortable, distracted, standing at the back, or being absent. The majority of girls were not comfortable being called on by their teacher or raising their hands when they knew the answer. However, there is no significant change from Needs Assessments, and conversations during data collection suggested this is a broader cultural issue related to gender expectations and classroom environment. In running the program at schools, especially once boys are included, an environment that is friendlier and more conducive and supportive of girls’ learning and comfort will be fostered, and lead to increased participation in this regard from girls.

65.4% of girls attributed a self-reported increased in school performance to the Twaweza Program, showing a positive correlation with both attendance and increased concentration. Further verification will be obtained from enrolment, graduation rates, and national exam performance pre- and post-intervention.

71.8% of girls reported sometimes or always being able to take part in all activities during their periods; only 1.9% reported always missing out, a decrease of 12.5% from before the Twaweza Program. Figure 5 below shows the most common reasons girls were missing out on activities. As with missing/leaving school, the primary reason was pain. The graph shows that the percentage of girls who ‘don’t miss’ any aspects of their lives during menstruation increased significantly from prior to the intervention.

78.7% of girls self-reported 0-1 AHIs, an increase of 17.1% as compared to before Femme conducted the Twaweza program . Additionally, beneficiaries were 1.5 times less likely to report 2+ AHIs, a statistically significant outcome. 84.0% of girls reported being somewhat or much more confident as a result of the program, whilst 89.1% reported feeling somewhat less or much less shame, also as a result of the program

One-Year M&E was undertaken with 44 students at Ghona Secondary School, in October 2017. Form 4 students from 2016 had either graduated or dropped out, and were not included in the M&E.

Support another project run by Femme International that needs your help, such as: 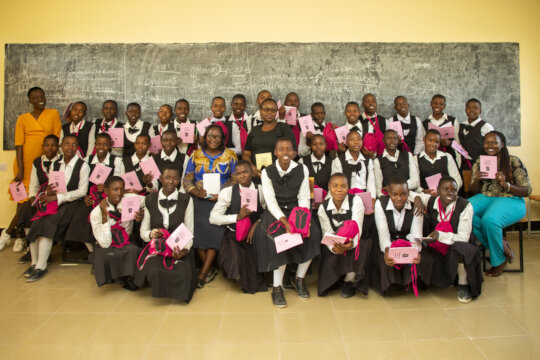 Access to Menstrual Products in East Africa
Find a Project

GlobalGiving
Guarantee
Donate https://www.globalgiving.org/dy/cart/view/gg.html?cmd=addItem&projid=29246&rf=microdata&frequency=ONCE&amount=25
Please Note
WARNING: Javascript is currently disabled or is not available in your browser. GlobalGiving makes extensive use of Javascript and will not function properly with Javascript disabled. Please enable Javascript and refresh this page.