Give girls bicycles and Oh! the places they'll go! 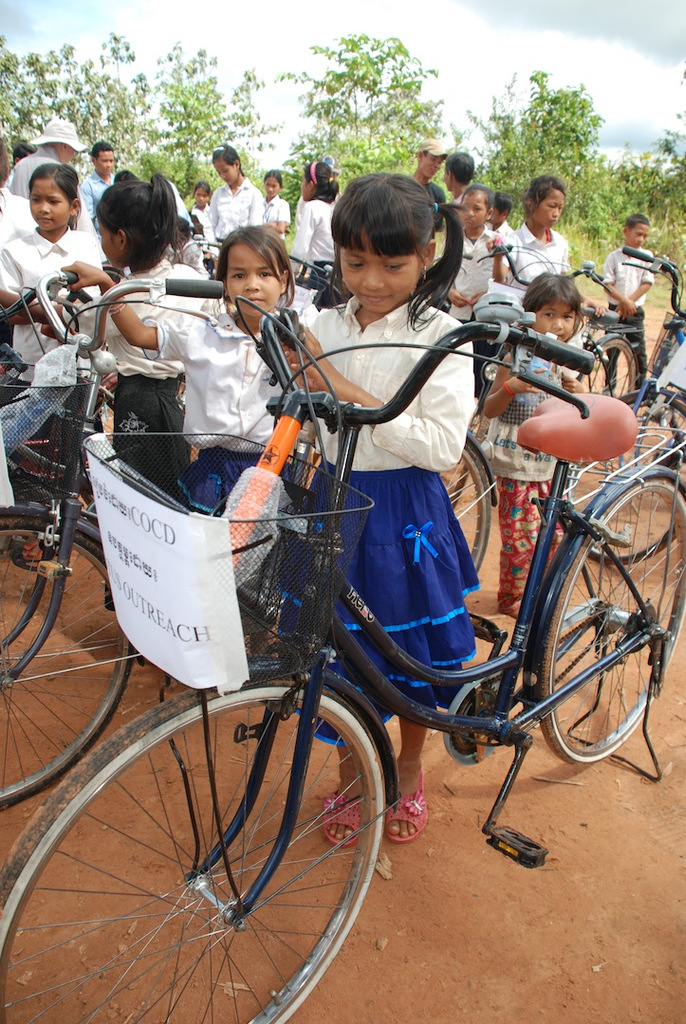 The sun is rising again after a very long night in Cambodia. In the Phnum Kravanh District of Pursat Province, in the foothills of the Cardamom Mountains, we embarked in the early morning to deliver 150 new bicycles to school-age girls with no transportation options to get to school.

Here, the roads are difficult and unpaved. The rutted dirt tracks are lined with heavy forests leading up into the mountains and hillsides. By dawn’s light with a truck full of bikes, we trundled through the ancient hills until we reached the provincial capital.

For many of the beneficiaries of Lotus Pedals, having an all-terrain bike will mean cutting their transportation time to school from hours to mere minutes. The bikes are outfitted with tough tires, baskets and wheel-covers, so these girls can get to school rain or shine! We even provide maintenance kits and pumps, all for just USD $62.00!

Phnum Kravanh is named for the same Cardamom Mountains by which it is located, and it is also the site of Lotus Outreach’s well-drilling program. While local community leaders showed us that a well we installed last year was still flowing perfectly, villagers began to gather near a local school in preparation for our big bike distribution ceremony.

We rolled up to the schoolyard where more than 100 schoolgirls and their families, teachers, and representatives from the local government had assembled. Speaking before the group we explained to agreeing faces importance of education and the terms for accepting a Lotus Pedals bicycle. Girls and their families agreed to keep their daughters in school for at least two years after receiving the bicycles, and 95 previously-selected girls were presented with brand-new all-terrain bikes!

As the sun rose high into the noon sky, 95 girls took off in all directions wobbling and laughing as they got used to their new bikes. Their parents followed behind, alone or in pairs, and watched as their young ones raced forward towards their homes and their own brightening futures.

Lotus Outreach’s work was not done after this one stop. Our truck, now lighter of load, still had 55 bikes which we intended to distribute in Veal Veng. It took 3 or 4 hours to get there, and we arrived thankfully before nightfall.

In the morning, we investigated more water wells as the preparations began for another big bike giveaway. This time the District Governor and the head of the District Education Office spoke before the audience, underlining the importance of girls’ education and thanking the donors who made this program possible. Once again, 55 fortunate girls spun off on their bikes into the bright afternoon.

By dusk we had returned to the capital. Our truck was empty, and the stars were peeking out from the indigo sky above the darkened, distant mountains. Cambodia, and in particular Pursat, has seen some dark days in the past 40 years. But the sun is rising again in Cambodia, and the new generation is racing ahead to a developing future.

Thanks to YOU for brightening the lives of these girls through your generous contributions. Please consider donating to support Lotus Pedals and give a girl the gift of education! 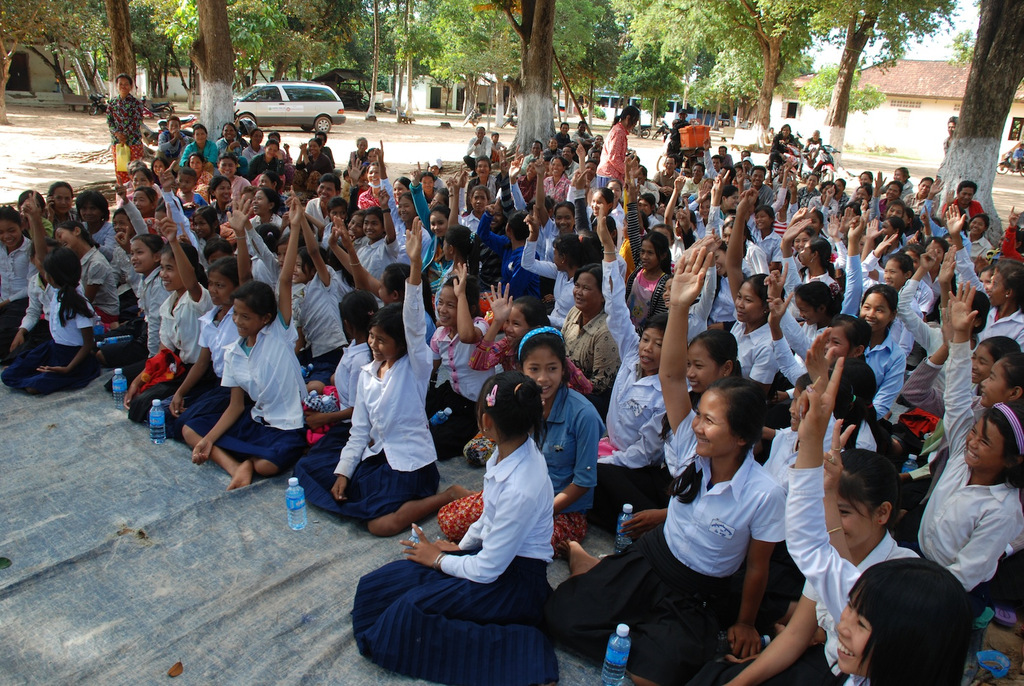 95 girls received bikes at this school in Pursat!