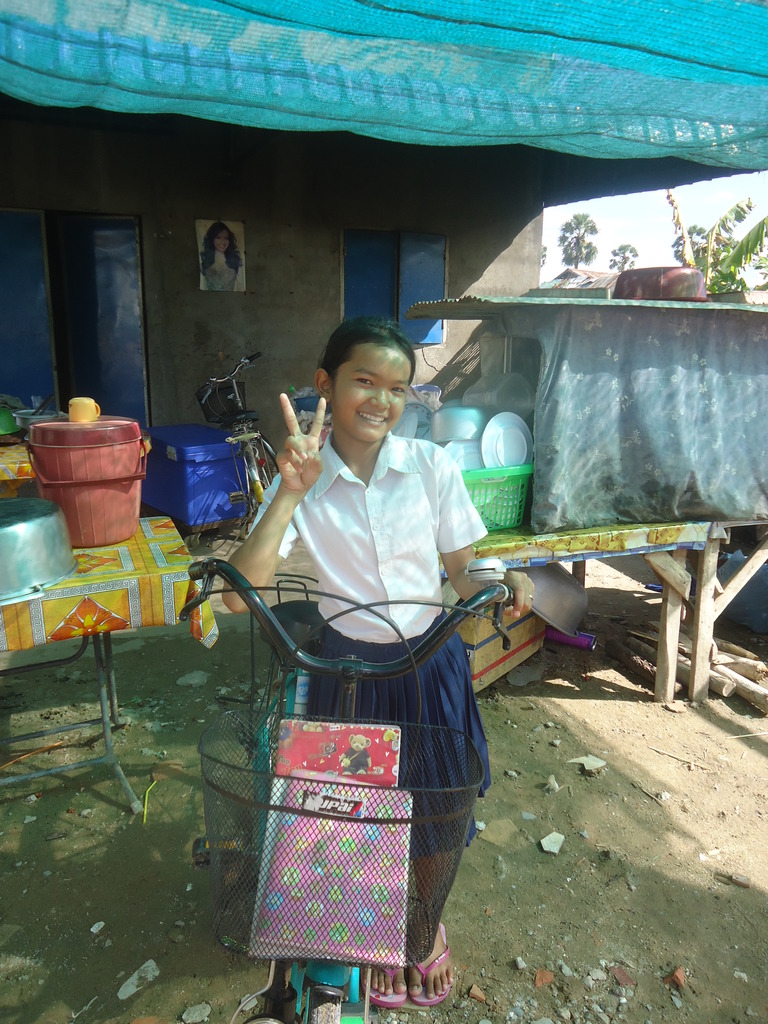 It's "V" for victory for Morokot!

Sien’s family is very poor. In 2011, her father had a traffic accident and broke his right arm. Since then he's in pain and can no longer drive the tuk-tuk for as many hours as he did before. He drives people in his community just to nearby places and hence is only able to earn an irregular income. Sometimes he can make US$2.50 per day, but sometimes nothing at all. Since the accident, the family’s situation has become increasingly difficult. They had to take a loan from a microfinance establishment to start up the food-selling business. And their oldest daughter, Silen, had to drop out of high school to work in a garment factory to help support the family and repay the loan.

The family now thoroughly depends on the mother’s and Silen’s income. The mother can make around US$5 in profits from her business per day and Silen earns US$120 monthly. However, they still struggle to make ends meet and cover the house rent, paying back the business loan (US$20 per week), purchasing pain medicine for the father, water and electricity costs, and schooling for three children.

In the midst of the family struggle, Morakot tries to stay focused on her studies. She loves reading Khmer literature. She tries to study hard. However, at the beginning of this academic year, her school performance was being negatively affected by the fact that she had to walk 2 miles to school, as it impacted her ability to get to school on time and regularly.

Morokot’s luck changed when she was selected as a Lotus Pedal recipient in April 2014. Here is how she describes the impact the bike has had in her life:

“Before getting the bike, I had to walk 2 miles on a road to get to school. Since I had to help around at home in between school and had to walk that far, I sometimes got to school late. Sometimes I had to miss school. And most of the time I felt tired when I got to school and couldn’t concentrate on the lesson. This had a very negative effect on my school performance. I came 15th to 20th in the class then. After getting the bike from the program, travelling to school has become so easy. I now arrive on time and am able to pay full attention in class. My school performance has improved too! I rank between 4th and 11th now!”

Thanks to Lotus Pedal, Morokot now can ride her bike to school. Having the bicycle makes a big difference on her ability to attend class, be attentive, and ultimately on her ability to complete her studies. Morokot is deeply grateful to the Lotus Pedals program. She is determined to study hard and pursue her aspiration to become a doctor.

Morokot and her family wish the best of luck and great success to all the donors who so generously supported Lotus Pedals! We at Lotus Outreach second their best wishes! 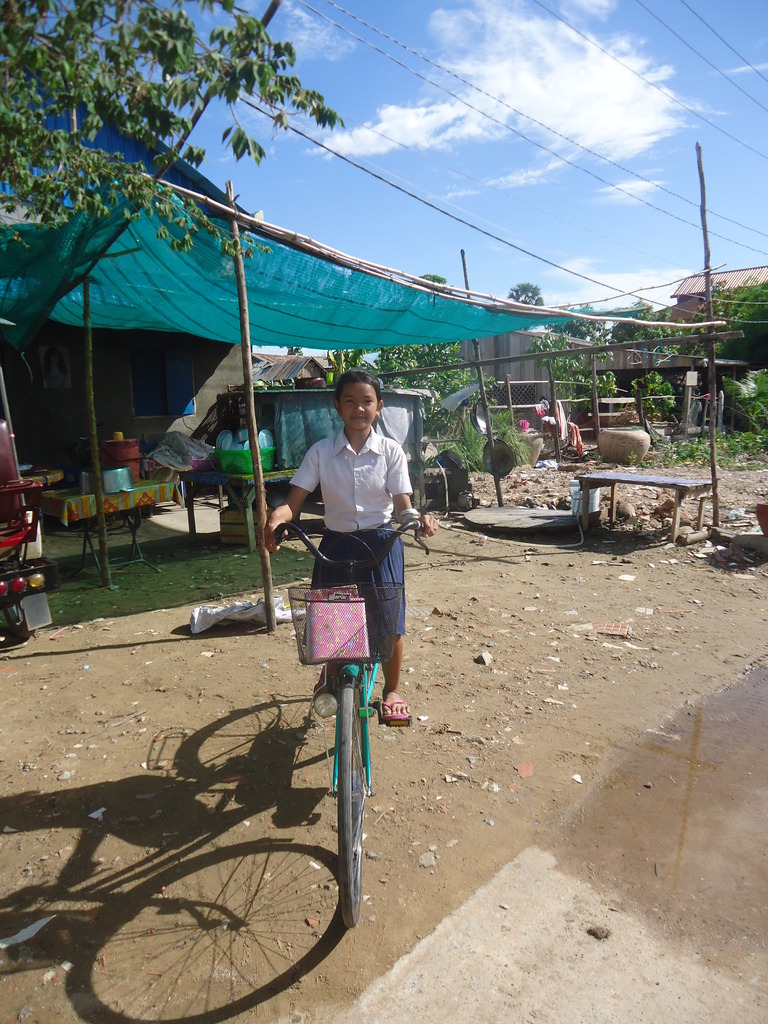