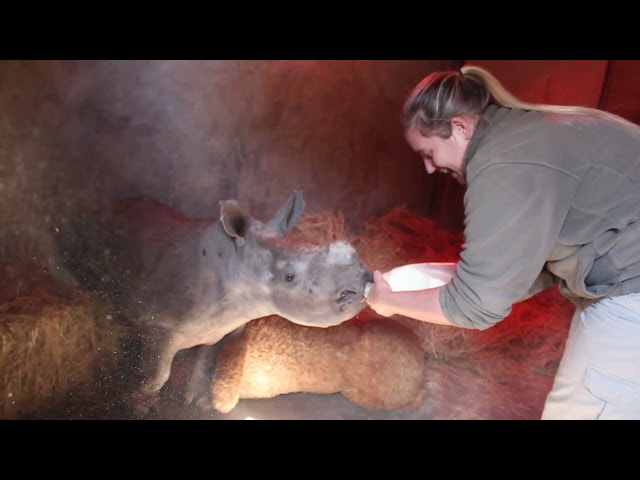 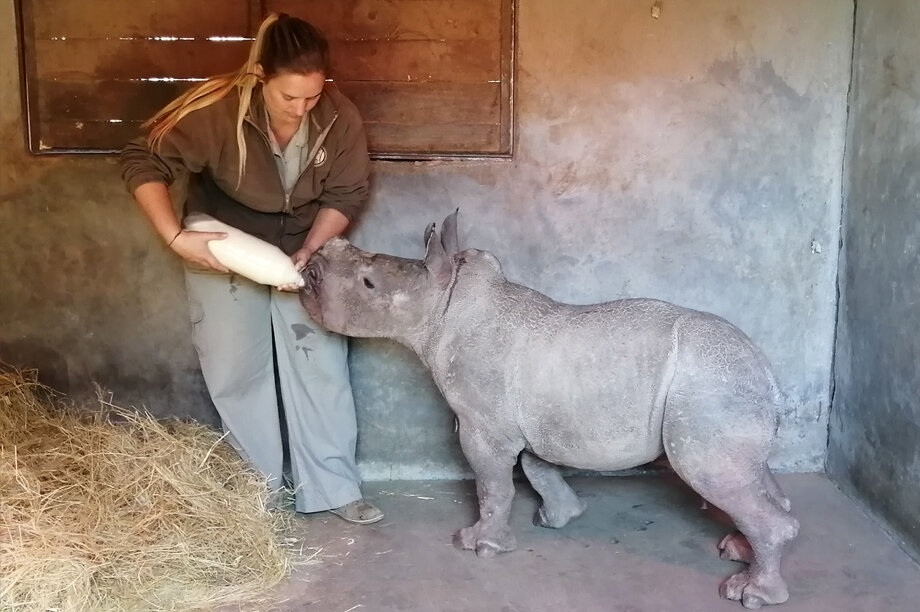 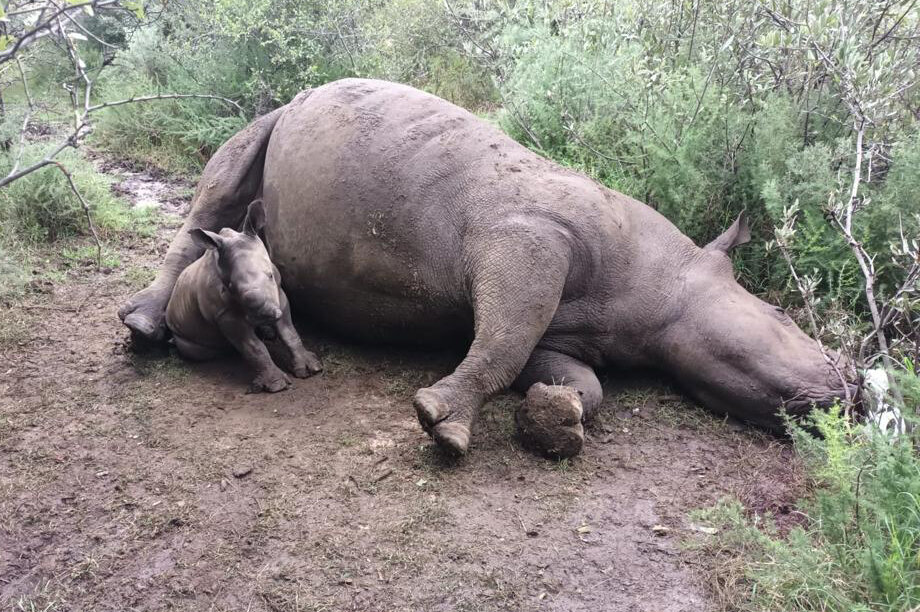 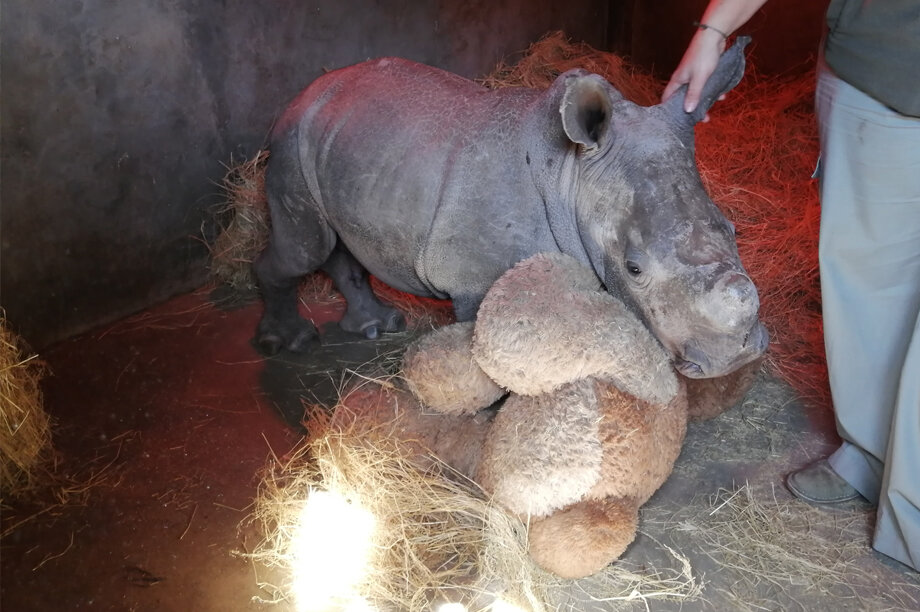 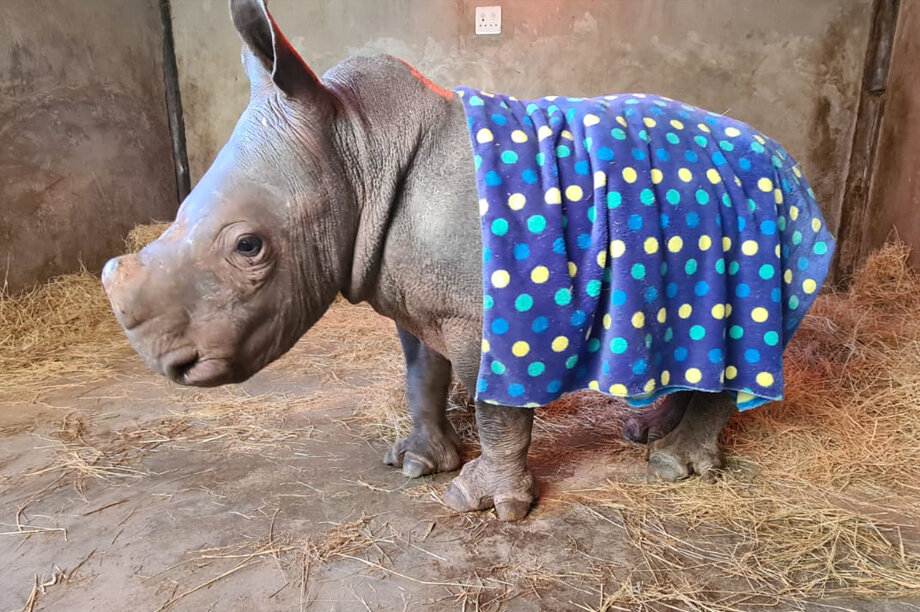 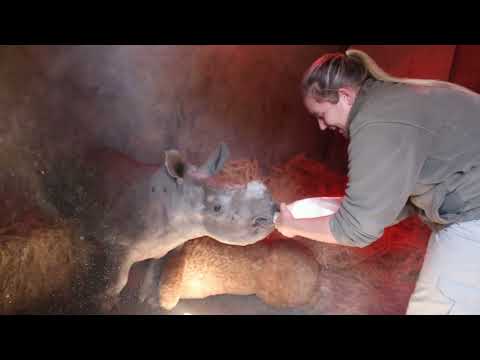 Meet little Thaba, a baby white rhino who was left orphaned in mid-2022 when his mom was shot and killed by poachers for her horn, which was hacked off. Believed to be around 3 months old, he was brought through to the Hoedspruit Endangered Species Centre, where he will be taken care of for quite a few years until he is fully grown and ready to be released into the wild.

Rhino poaching is an ongoing problem in South Africa. Poachers stop at nothing to get their hands on rhino horns, which fetch exorbitant amounts on the black market. In 2021, 541 rhinos lost their lives. As a result, many baby rhinos are left orphaned and traumatised - the memory of the event stays with them for a long time. Not only will they need to be fed with a milk supplement in the absence of mother's milk, but they also need to be rehabilitated and their health closely monitored.

By donating towards this project, donors will be playing an active part in taking care of little Thaba through providing funds towards his feeding, medicine, and veterinary care when needed (which will be at various stages throughout the time he spends at the Centre).

Donors will be contributing towards rhino conservation, because with each rhino that can be saved and eventually released, the fast-declining white rhino population has the potential to grow.

GlobalGiving
Guarantee
Donate https://www.globalgiving.org/dy/cart/view/gg.html?cmd=addItem&projid=56362&rf=microdata&frequency=ONCE&amount=25
Please Note
WARNING: Javascript is currently disabled or is not available in your browser. GlobalGiving makes extensive use of Javascript and will not function properly with Javascript disabled. Please enable Javascript and refresh this page.