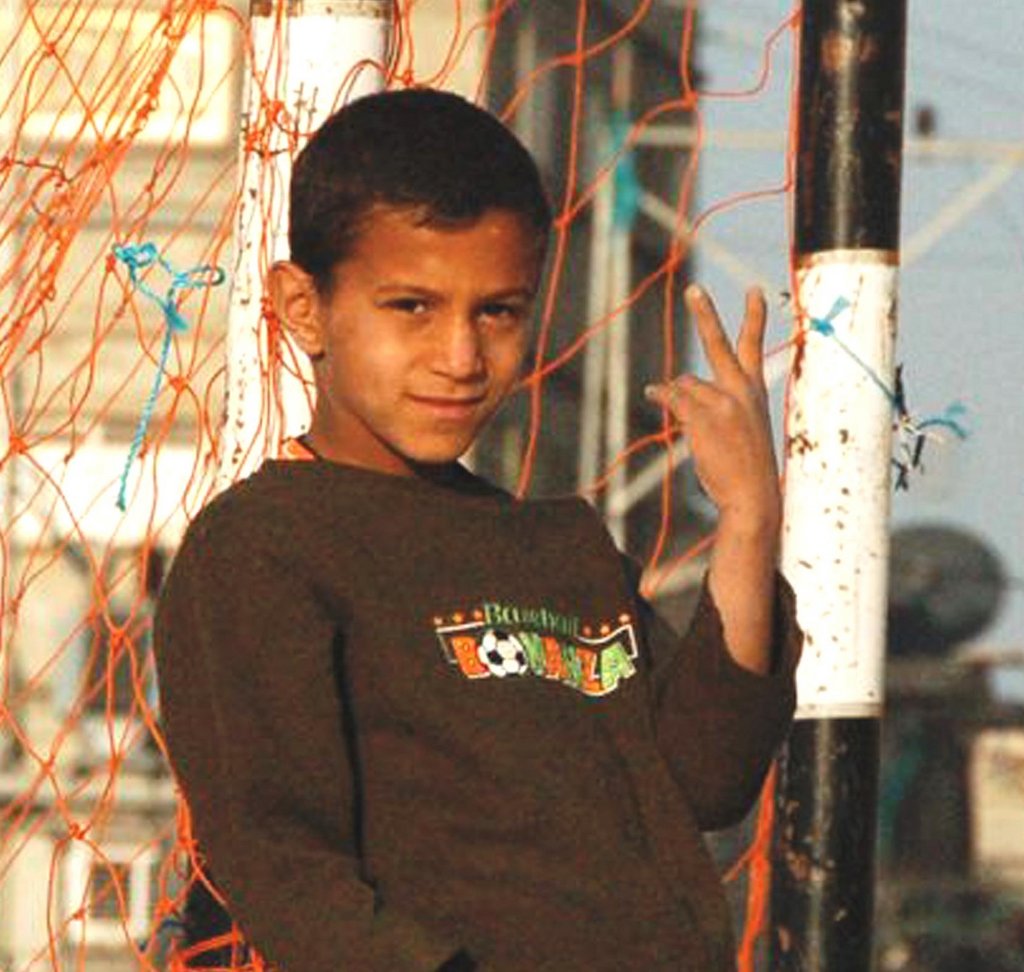 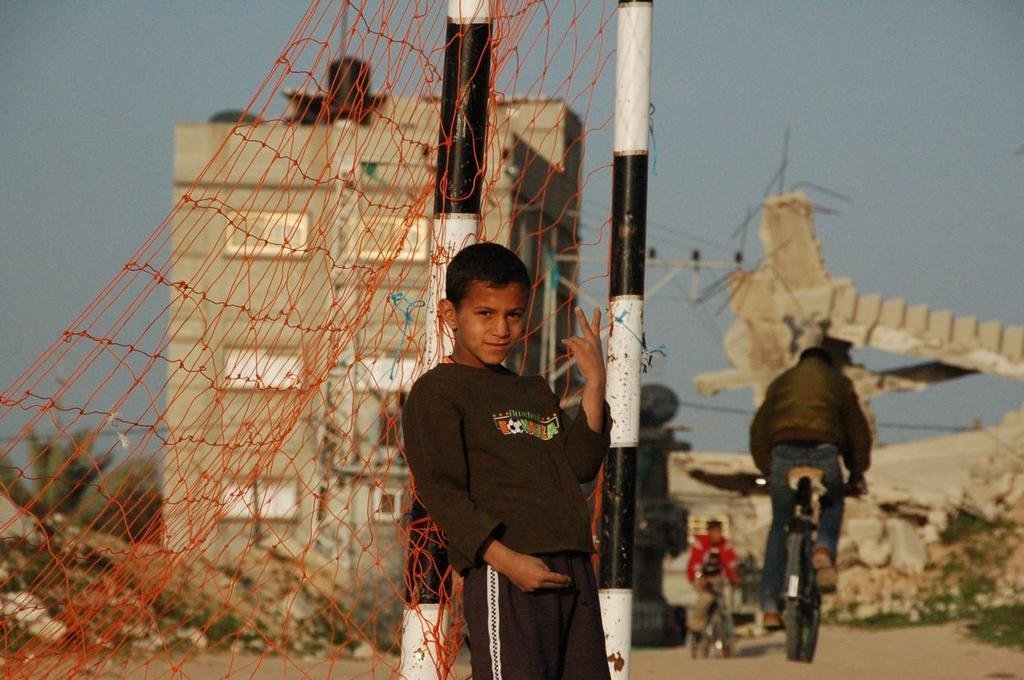 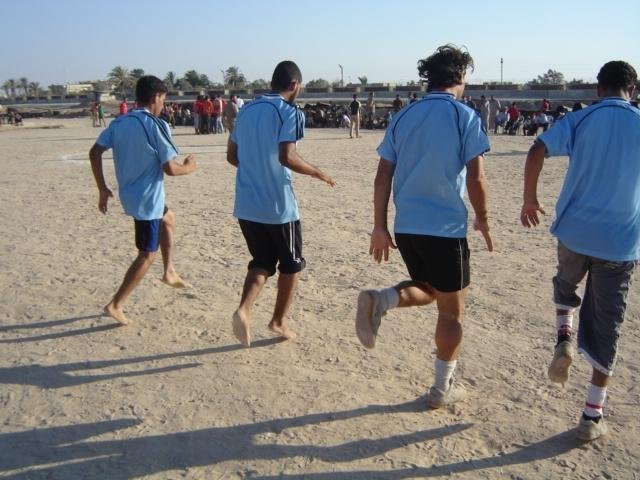 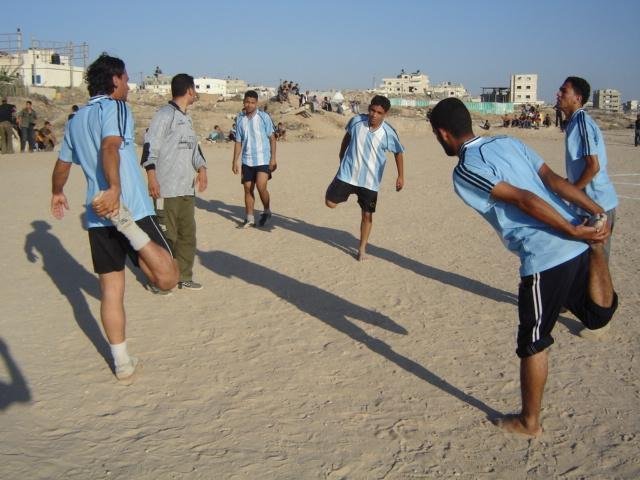 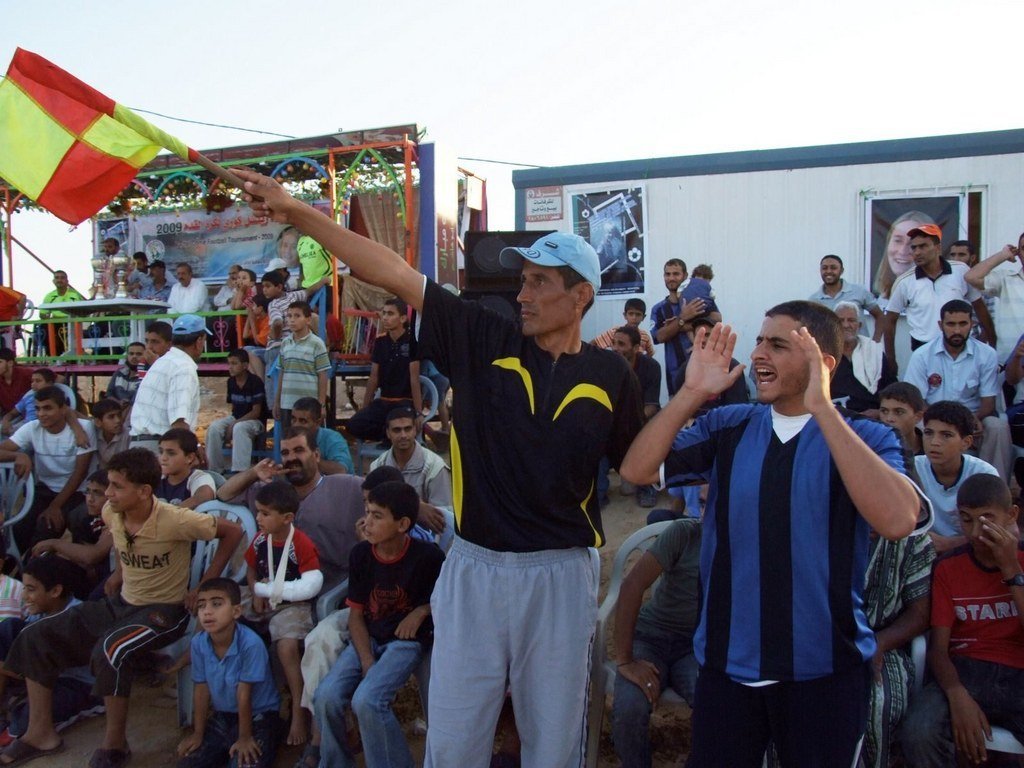 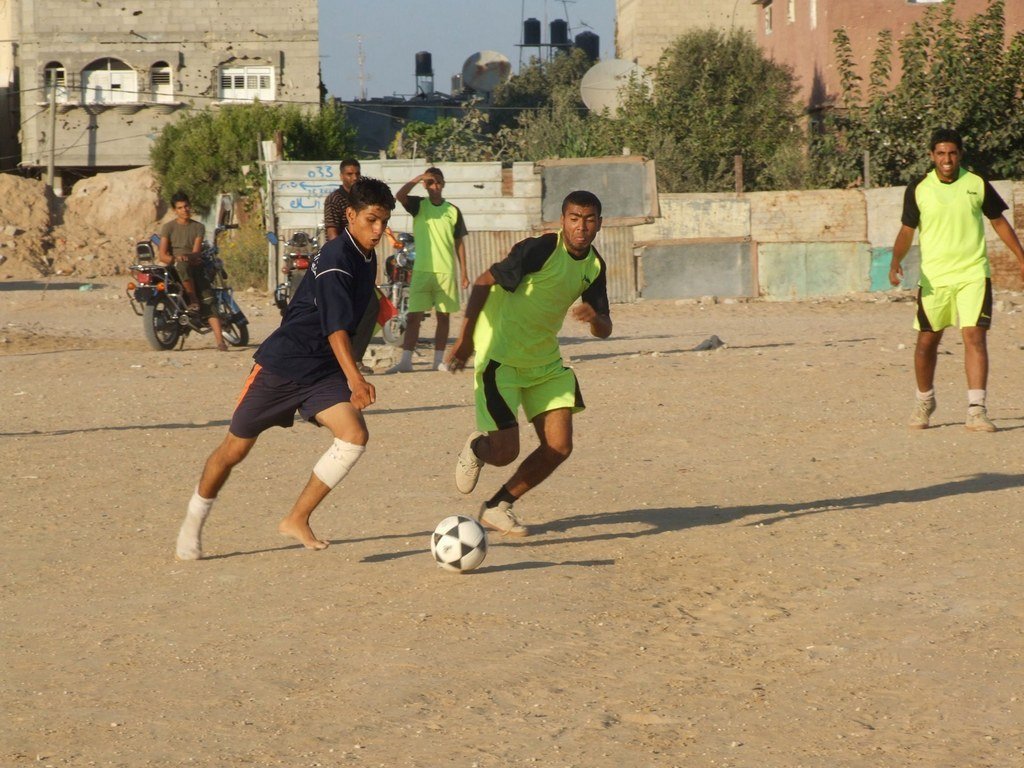 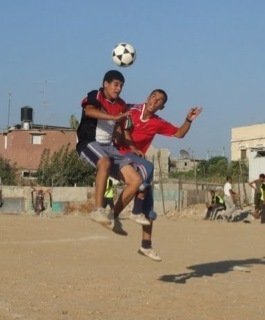 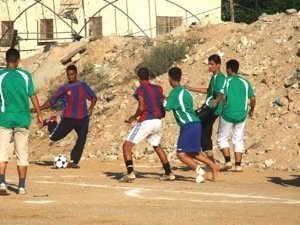 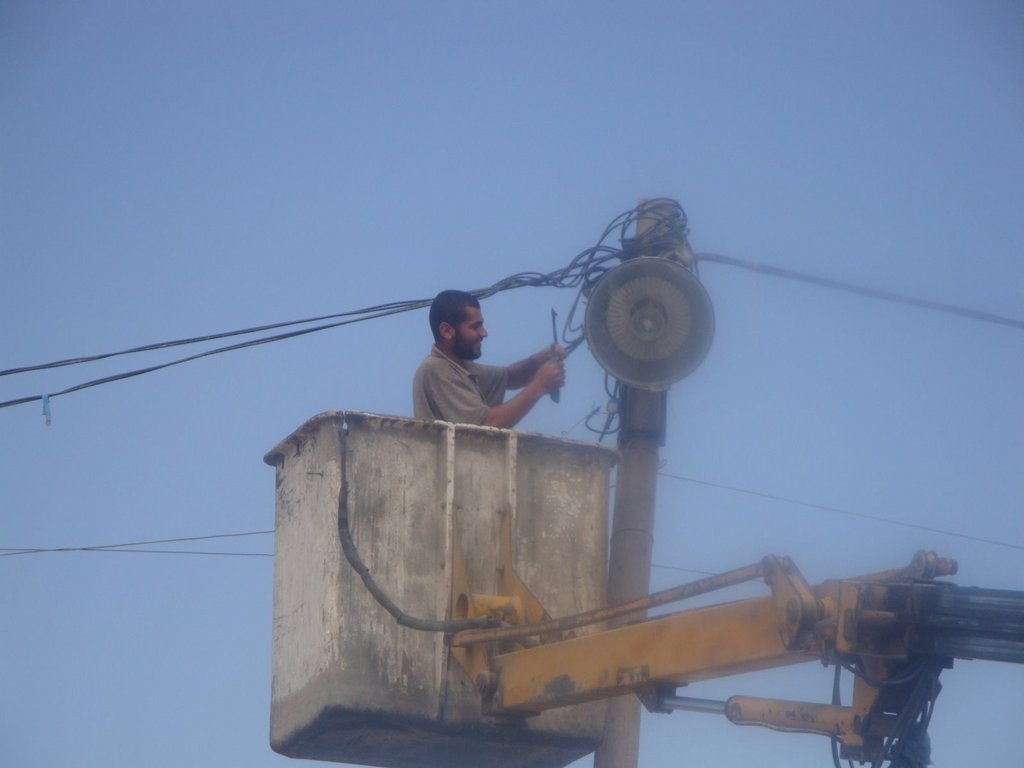 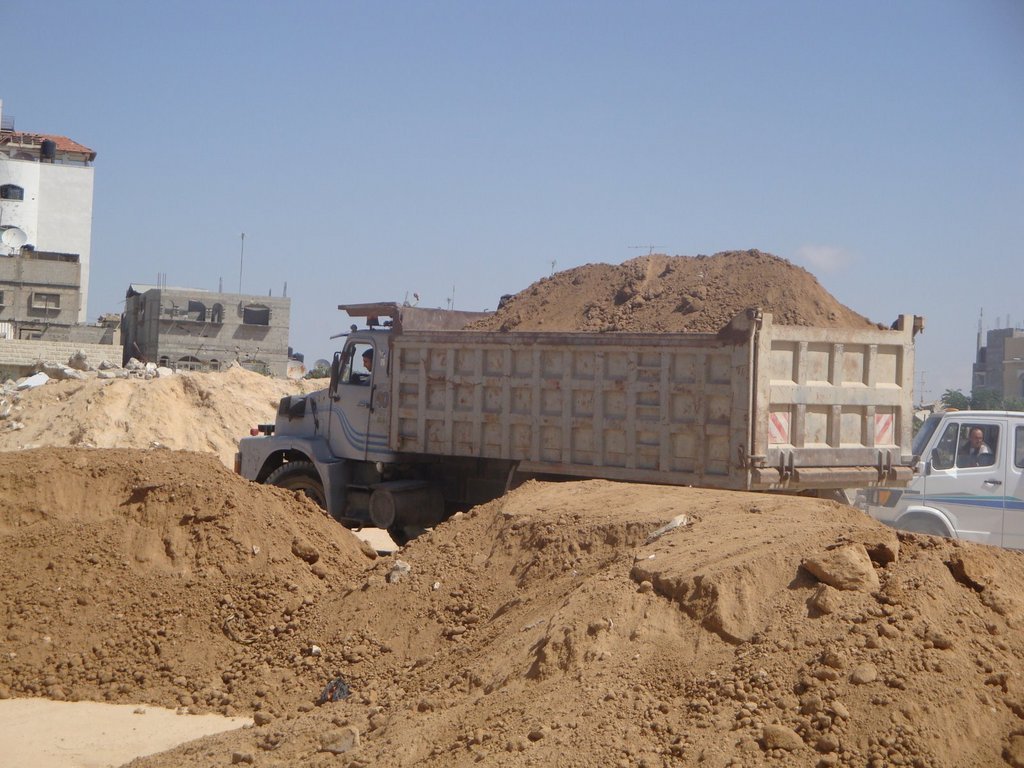 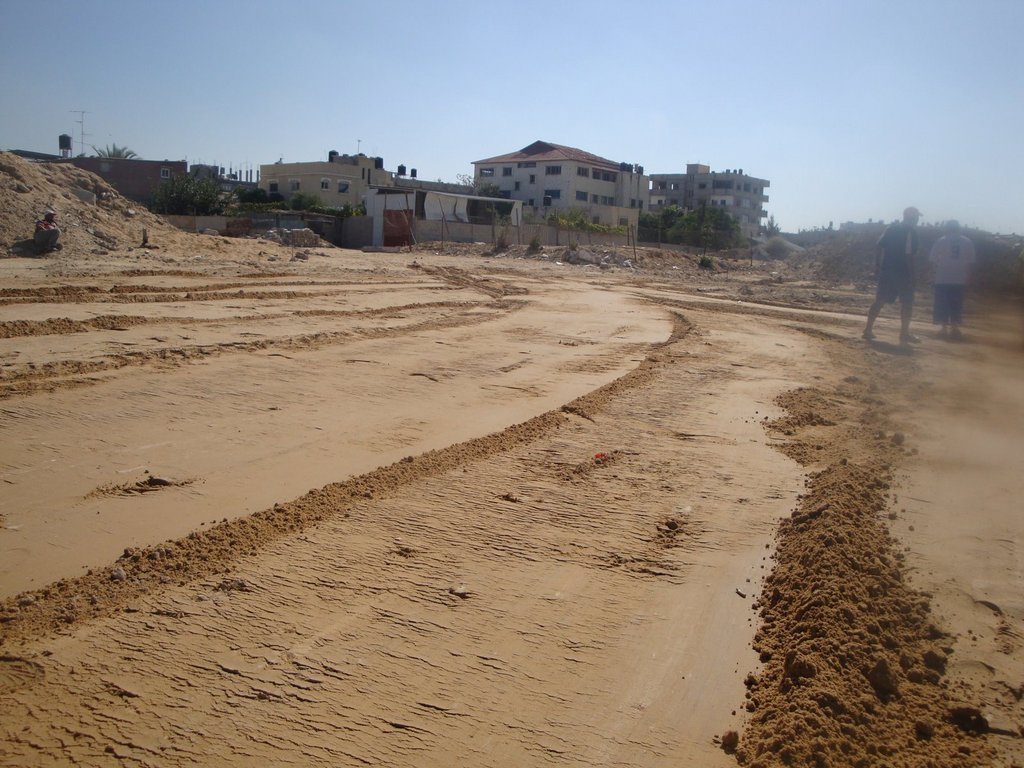 Yesterday morning I had the chance to speak with Khaled Nasrallah, co-founder of the Rachel Corrie Sports Initiative (RCSI). He informed me that all fencing behind the goals on the Unity Club Soccer Field has been completed.

When I asked if there were any other opportunities to use the money raised through Beams of Light, he explained that RCSI will now be hosting the Rachel Corrie Soccer Tournament on a different soccer field every year. This year it will be held at the Rafah refugee camp called “Block O.” More than half of the homes in “Block O” were demolished from 2000 to 2005 because it was right next to the Israeli Army’s guard tower and a major gate called the Falahadin Gate.

The community finds recovery through soccer! Khaled explained that people, especially the young, gather in a café in camp, near a makeshift field to watch the European soccer games. The café though isn’t like a Starbucks, though. It is made from the rubble of demolished homes. Then they go out to play soccer themselves.  He promises to send pictures.

Khaled said it was really important to give families of this neighbor a safe place to play. He felt there are several opportunities that are a close match for this project:

I asked RCSI to email Rebuilding Alliance a plan and a budget for one of these projects, which I will present it to the Rebuilding Alliance Board of Directors. Once we have his proposal, we will modify the Beams of Light: Ramadan Soccer Tournament in Rafah project.

I want to thank you again for all of your help.  You have supported infrastructure for an amazing initiative that has brought the youth of Gaza together to play ball! I look forward to being in touch soon.

P.S.  Just to recap, we accomplished many things above and beyond the original goals of this grant:

In the process, Rebuilding Alliance collected hundreds of gently worn soccer shoes and uniforms, learning a lot about the full dimensions of the blockade in the process.  We also help the Rachel Corrie Sports Initiative install a playground at the Unity Club Soccer Field, and spent countless hours working through the details of project development. When those who knew Rachel Corrie decided to clear the rubble of their demolished

Thanks to 184 donors like you, a total of $6,794 was raised for this project on GlobalGiving. Combined with other sources of funding, this project raised enough money to fund the outlined activities and is no longer accepting donations.
You last donated to this project on 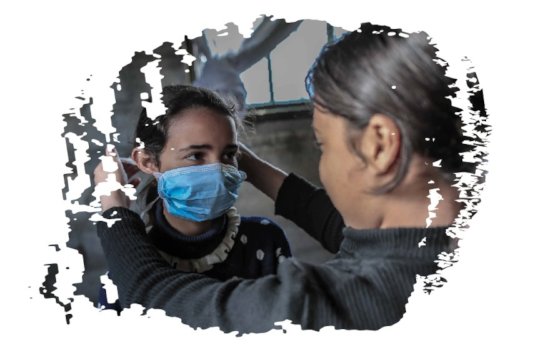 GlobalGiving
Guarantee
Donate https://www.globalgiving.org/dy/cart/view/gg.html?cmd=addItem&projid=2182&rf=microdata&frequency=ONCE&amount=25
Please Note
WARNING: Javascript is currently disabled or is not available in your browser. GlobalGiving makes extensive use of Javascript and will not function properly with Javascript disabled. Please enable Javascript and refresh this page.