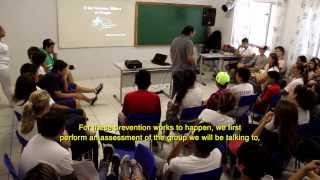 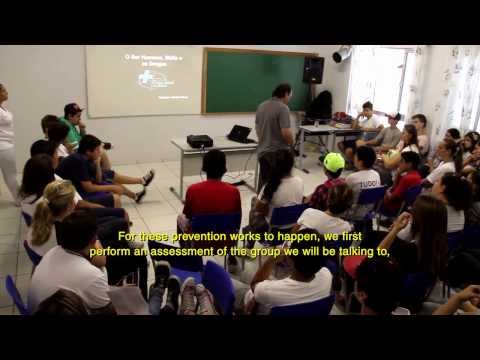 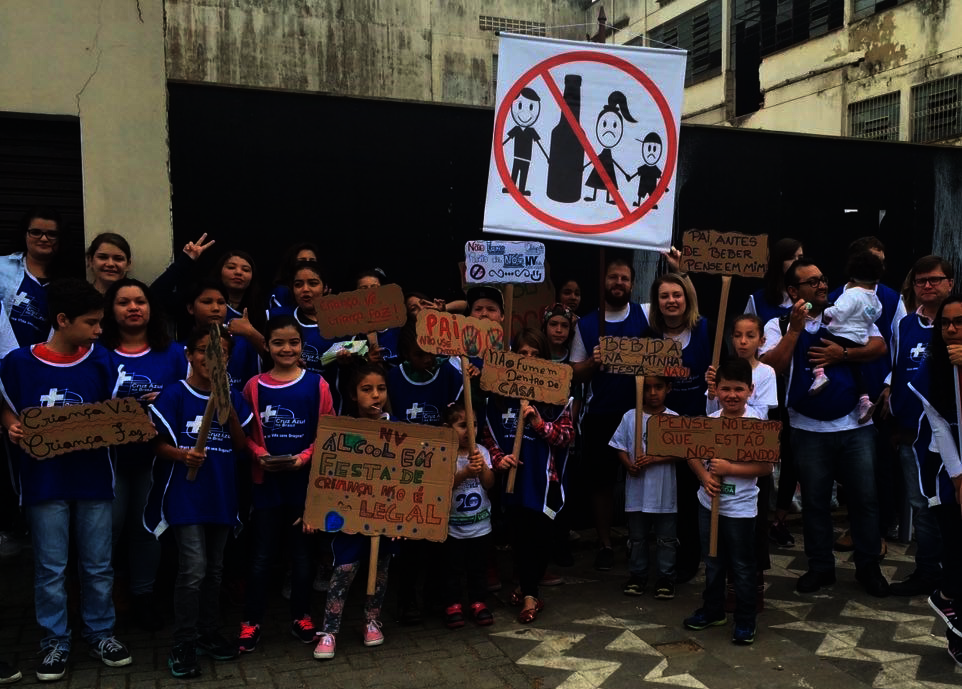 Within Daniele`s workshops „Capacity building“ and „Managing of international development programmes“ the BC Brasil staff was capacitated to better plan projects so that they can be measured and evaluated. Participants learnt from the IBC about project cycle management in addition to quantitative and qualitative tools for measurement and reporting etc.

In addition, Anne and Daniele visited BC support groups and a CERENE therapeutic community in order to receive insights into the vibrant Blue Cross work on the ground. BC Brasil works with children of addicted parents, youth prevention schemes, and therapeutic communities that provide a place for recovery and high level advocacy work.

“Combining evidence based methods with good project management skills is a corner stone for good projects. This solid base linked to local expertise makes the international collaboration possible”, according to Anne. “Only by doing so we can make sure that we run high quality programmes that give the best support to people for leading a drug and alcohol-free lifestyle". In this context Anne and Daniele explained the key concepts and methodologies of its youth prevention programme "Life Skills and Peer Education" which it successfully implemented with partners in African countries.

Anne Babb also visited with President of BC Brasil Rolf Hartman and GS Egon Schluter the Mayors’s offices in three cities. It was inspiring to see the commitment of cities to prevention programmes and it was evident that BC Brasil is the key player in providing many of the needed services.

The week was concluded with a high level substance abuse prevention seminar arranged by BC Brasil in collaboration with IBC where the Social Development Minister Osmar Terra, Mayors, Police and many other officials and also NGO representatives took part. Key topics were evidence based methods and policies in substance abuse prevention. As a result of the seminar local collaboration in the field of prevention was enhanced and communication all the way to National Government was enabled.

A heartfelt thanks to all of you that with your donations make all these projects possible, contributing in changing people's lives for the better! 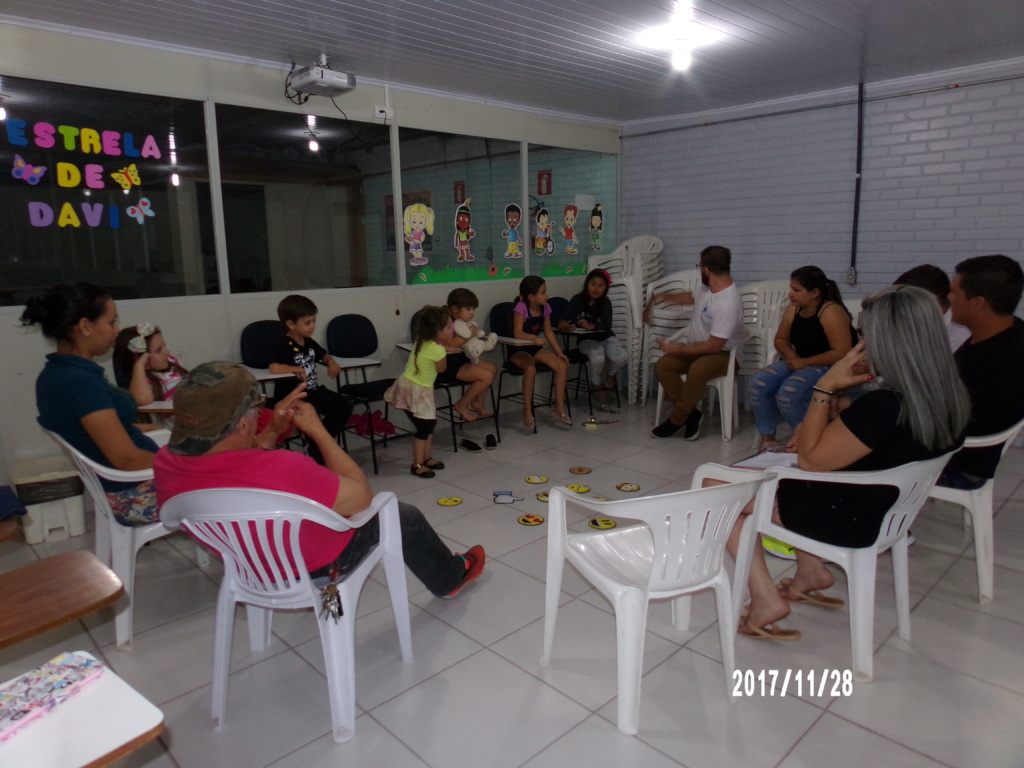 In Brazil there is an on going need for more kids support groups. Children from families where parents have issues with substance abuse can join a safe and child friendly space where they can be free to be children and learn to cope with their emotions and thoughts about their parents addiction. Blue Cross Brazil has developped child friendly material that enables the children to be at the centre of attention and have their voice heard.

Alcohol addiction is widespread in Brazil: 11.7 million people are affected. Children suffer the most as a result of their parents’ alcohol consumption. Children have to assume responsibilities at home at a young age, they are often neglected and feel alone. In 2013 the Blue Cross of Brazil established the KIDS Support Groups prevention project for children of alcohol-dependent parents. At weekly meetings children have the opportunity to talk in a child friendly context about their problems. They are encouraged to recognise their strengths and develop self-confidence. The aim is to prevent children with difficult social backgrounds from sliding into alcohol or drug dependence.

This work is only possible when we can find funds to run the activities and this is why your support is vital to us. These children are at high risk of becoming socially excluded and even addicted unless they receive the appropriate support. In Brazil this kind of prevention work is not sustainably funded and the Blue Cross has to rely on fundraising to make the work possible.

Start the new year by making a difference by supporting this project. We look forward to updating you of our activities during the year. 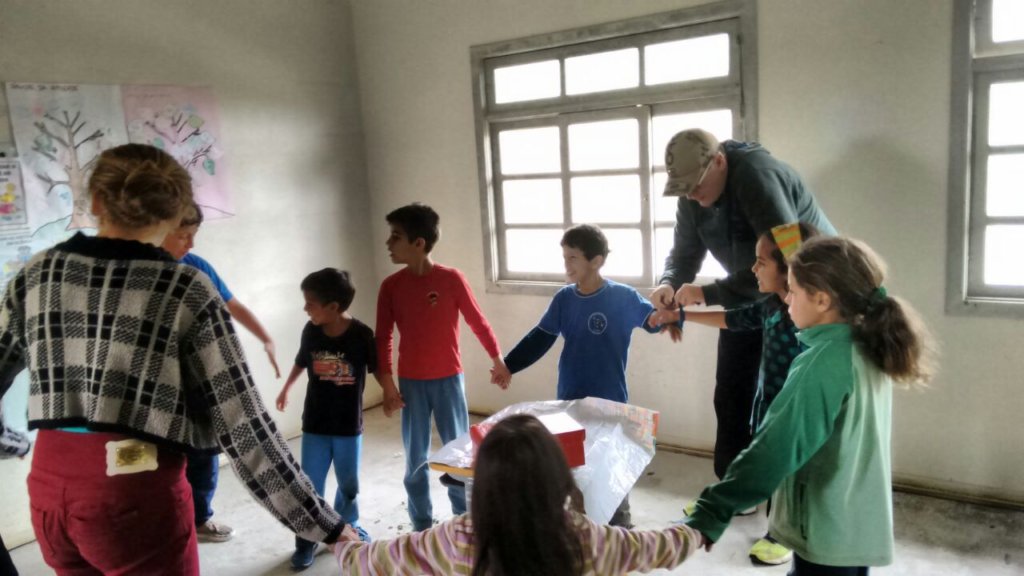 One step closer to the free-addiction future 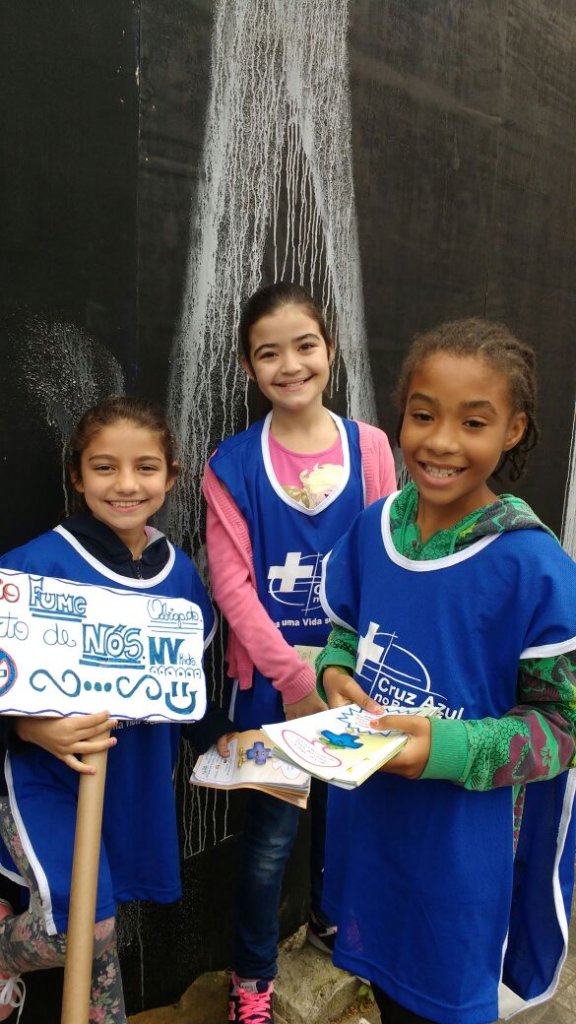 We are very excited to announce you that we have been able to develop a new handbook to support our leaders to run Kids Support Groups. Without your support, it would not have been possible. Thank you for your contributions!

We are pleased to provide you the information on the steps taken to achieve this important goal:

The Blue Cross has developed a draft of weekly studies and activities to be used by the future leaders of Kids Support Groups. During this project seven training and one retraining program were conducted and five new Supports Groups started working. Kids Support Groups work in three state and regional meetings of leaders of adult support groups. Recently, we completed the editing work and agreed the final details for the publication (Book) of 52 meetings to support KIDS groups, which is already being distributed to the facilitators KIDS support groups.

Two prevention activities were also carried out in Nonoai Reserve, with the indigenous ethnic Kaingang.

We can notice the increased capacity of our leaders and therefore better quality and the positive impact on the target audience resulting from the project.

We are looking forward toproviding you more information about the future projects. We would like to take this opportunity to express my gratitude and appreciation for your generosity and financial assistance. 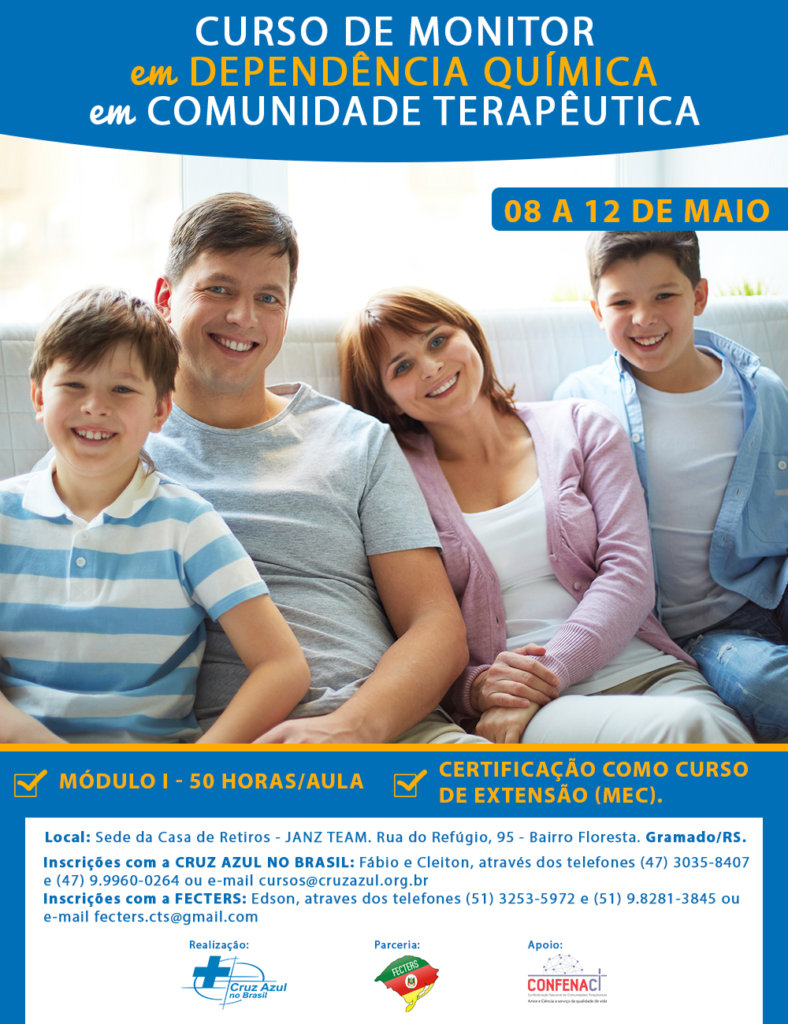 According to the Brazilian National Drug Report 2009, an estimated 12.3% of the adult urban population in Brazil suffers from dependence on alcohol, making alcohol misuse a significant public health issue. Blue Cross Brazil, a member of the International Blue Cross based in Blumenau, is providing treatment and aftercare services in the three Southern states of Santa Catarina, Paranà and Rio Grande do Sul, where alcohol and drug use is most prevalent. The organization has developed over the past eight years, growing from just 4 employees with 40 volunteers to a leading organization in the development of therapeutic communities in Latin America with a team of 23 staff and over 377 volunteers!

In 2012, the Blue Cross in Brazil, along with four other national federations of therapeutic communities, founded CONFENACT – the National Federation of Therapeutic Communities. Under the umbrella of this new organization, Blue Cross Brazil led the discussion with the Brazilian Minister of Justice, Eduardo Cardoso, to implement new legislation that will recognize therapeutic communities as entities that are eligible to receive state support through social benefits. This includes support for projects in the field of alcohol and drug prevention, family support, and fostering the social reintegration of addicts. After nearly two years of discussions and negotiations with the National Council on Drug Policies (CONAD), the legislation was passed, bringing addiction to the forefront of the social and health agenda in Brazil and creating a model for other Latin American countries to follow.  BC Brazil has a key coordination role within this network.

Another important field of work is prevention. Prevention work is primarily done through community outreach in theatre performances, lectures, discussion groups and literature that has reached an estimated 50,000 individuals in 2015 alone. In one of the theatres, a prevention story is performed by vulnerable adolescents who are regular participants in the Blue Cross activities. These children want to use their own experiences to educate others about the dangers and risks associated with drug and alcohol abuse.

There are KIDS Support Groups for children who are particularly vulnerable when their parents drink – they often judge themselves, face social exclusion, are terrified of abandonment and quite often become addicts themselves.  Support groups like these give children confidence, a network of people to rely on and trust. They provide positive guidance during a critical time in their lives, when behaviour and decision-making are easily influenced. In the long term, KIDS support groups create physically and mentally healthy adolescents and adults who can function in society, eventually becoming positive agents for change.

Stay on top of the activities at BC Brazil by following them through facebook and their webpage. Meanwhile I warmly thank you for your support that enables BC Brazil to keep reaching the most vulnerable!