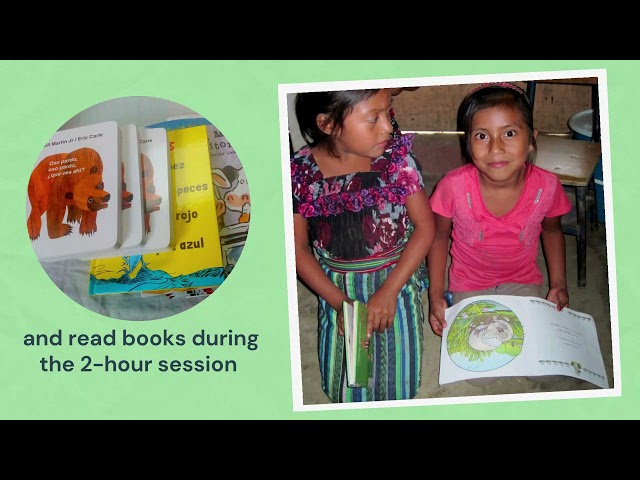 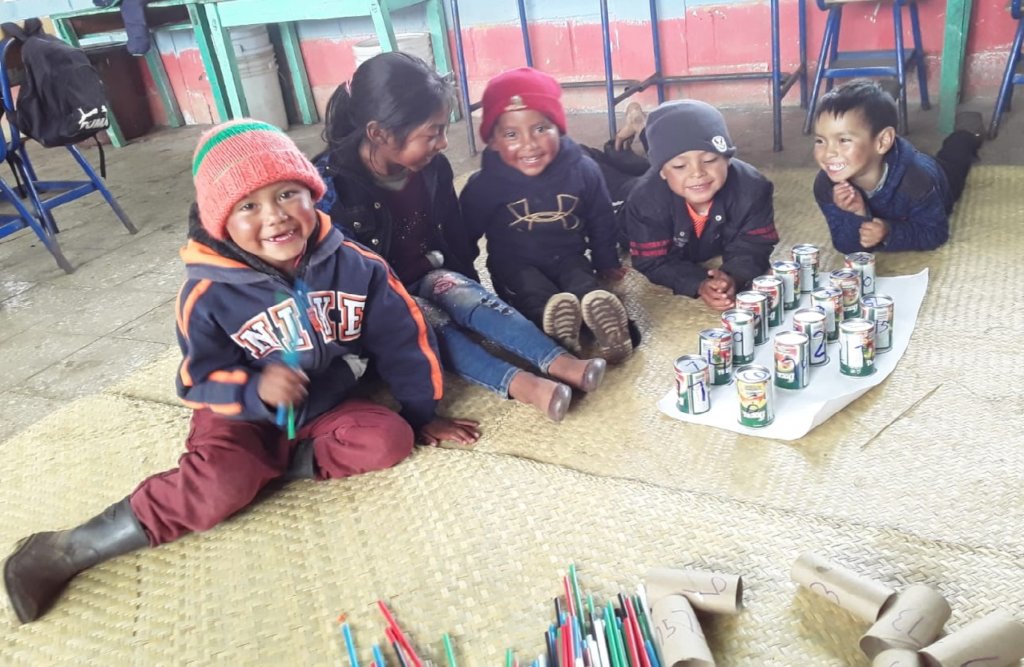 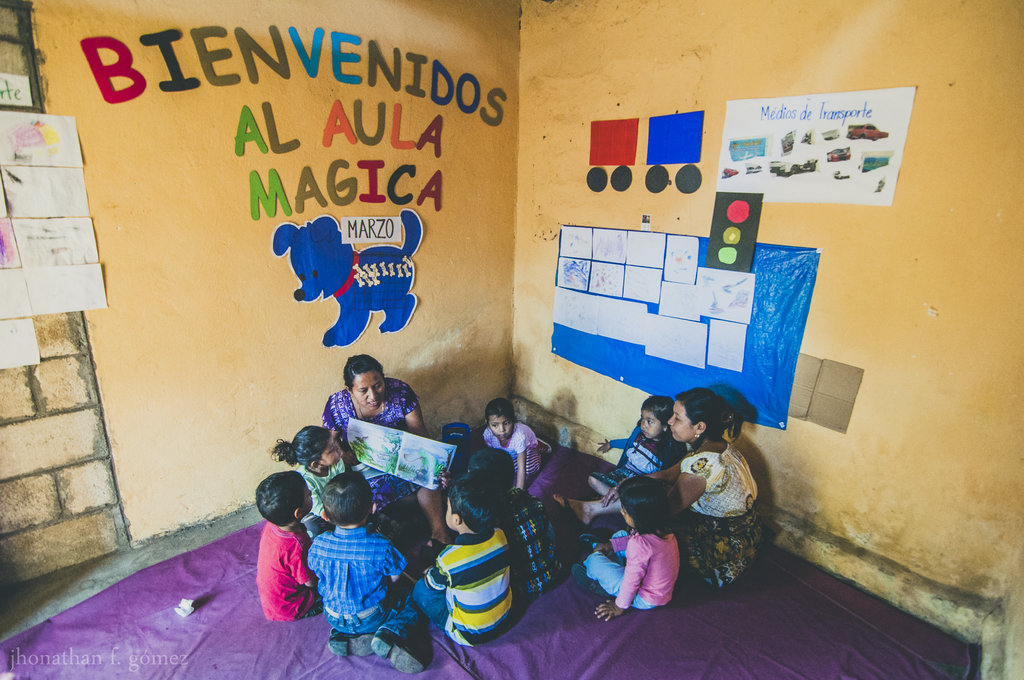 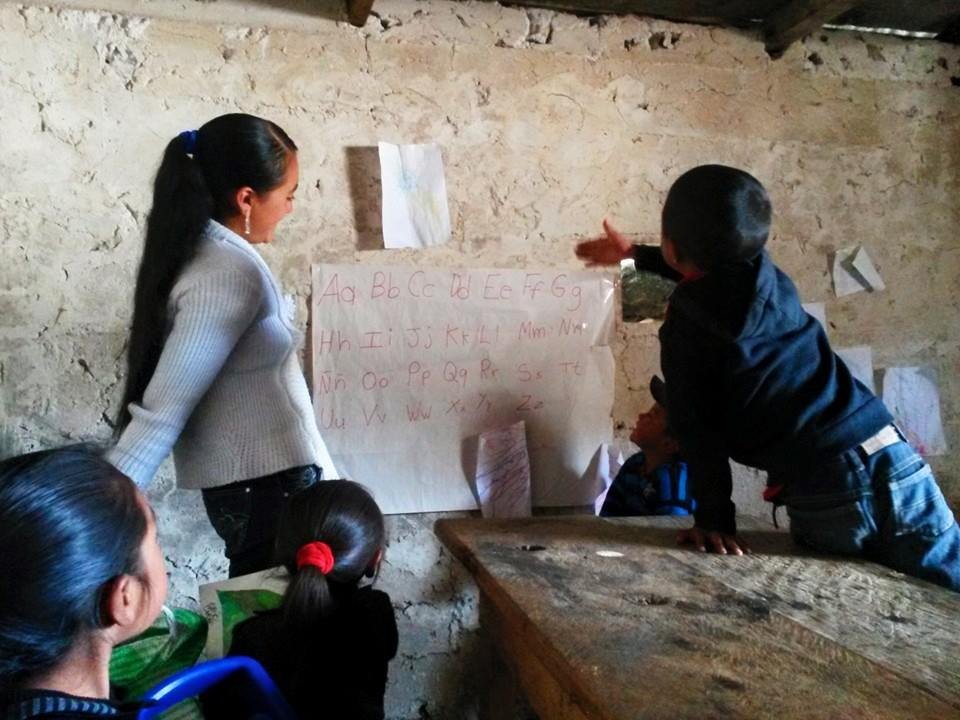 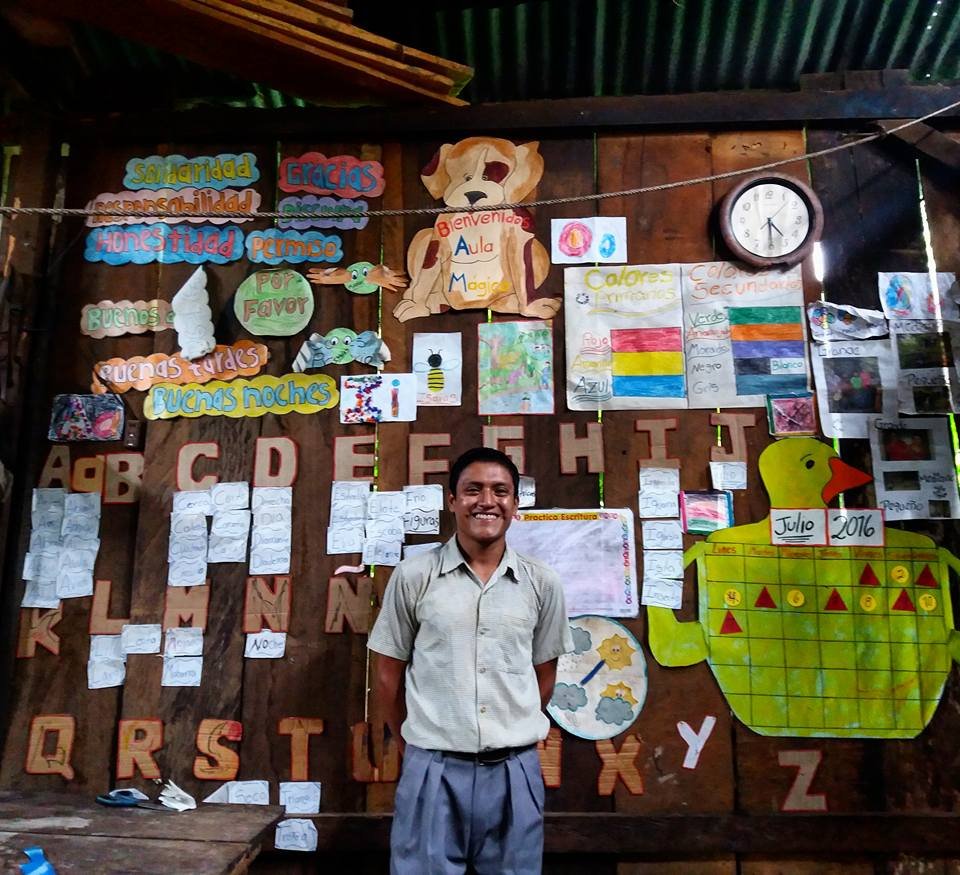 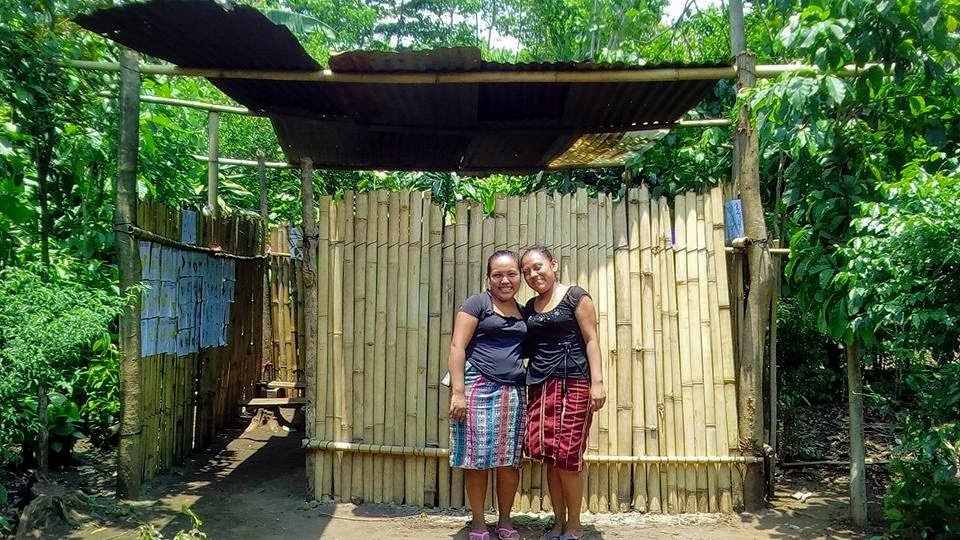 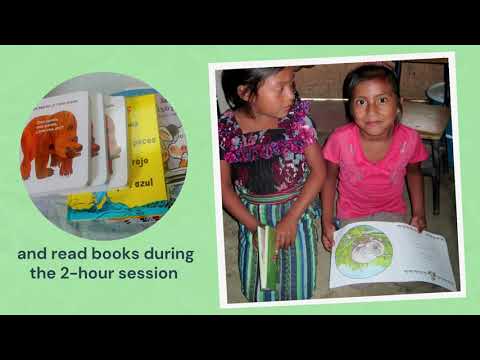 Developing Mind and Body: A new way to prepare

By Michael Estill - Director of Development and Collaboration 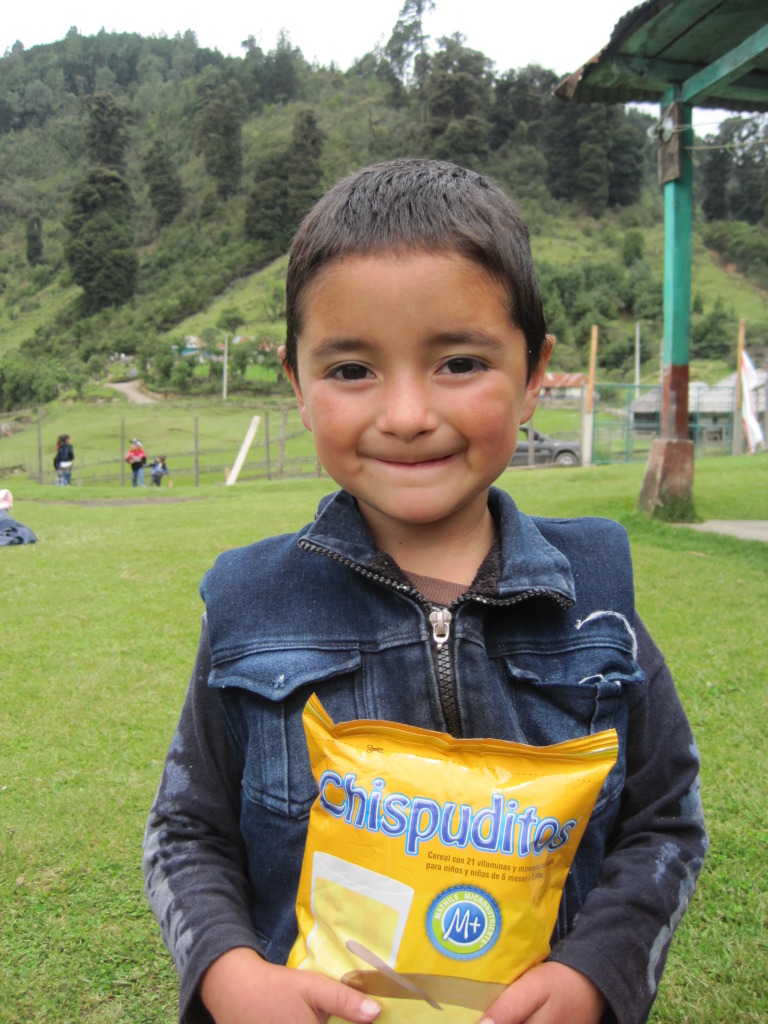 Developing Mind and Body: An Integrated Approach to Preparing Children

Heading into the 2017 school year both Magical Classroom and our legacy program, Let’s Be Ready, decided to take on a new challenge that extended beyond the classroom. In our pursuit to prepare young children for academic success in the first grade, we’ve come to the realization that a lot of a child’s development takes place outside of and often long before ever entering the classroom. This challenge that we’re taking on is chronic child malnutrition and our proposed solution is Chispuditos.

“Chispu-what? “ you may find yourself saying, but believe me, this is something you’re going to want to learn more about.

Chispuditos, is both slang for bright, young children in Spanish and also the name of a special fortified atole (a porridge-style drink) created by our friends at The Mathile Institute to help address malnutrition and vitamin and mineral deficiencies that are so prevalent amongst Guatemalan children ages 0-6. We chose to integrate Chispuditos over other store-bought products into our daily programming due to its proven track record for success amongst children in Guatemala and its unique vitamin and mineral composition that gives it more micronutrients than other locally-available store-bought atoles.

Why do we care about this? Simple: because when it comes to young children, nutrition goes hand-in-hand with cerebral development and therefore academic performance, and we want our children to thrive in the classroom and realize their full potential. Chispuditos has also proven to significantly improve the immune systems of the young children drinking it, making them far less susceptible to repeated bouts of illness that would keep them out of the classroom otherwise.

The importance of partnering

It would be near impossible to find an organization whose goals and ambitions are any more complementary to our own organizational priorities and strengths better than those of our friends at The Mathile Institute. The driving mission behind both Magical Classroom and Let’s Be Ready has been to prepare young children for success in the first grade with the guiding logic being that intervention delivered at a young age has the best shot at positively impacting and maximizing their cognitive development. The Mathile Institute has taken a similar approach with Chispuditos in recognizing that the most successful interventions in reversing the effects of malnutrition are those that impact kids as they are still in their formative years. Luckily for us our students represent that exact population, and our success as grassroots organizers in our partner communities means that we already have parents on our side as well, making it much easier to get families to buy-in to the importance of consuming Chispuditos according to instructions. Our programs also operate almost exclusively in rural communities where food security and a lack of socioeconomic mobility are very real issues, meaning that the children whom we will be serving are more at-risk to the effects of chronic malnutrition and stunted development. By working together our students can now be both mentally and physically prepared to thrive in the first grade and beyond in ways previously unimaginable.

How we’re doing it

One thing that we loved about Chispuditos was all of the data supporting how impactful it can be directed at a demographic very similar to ours. That was made possible by The Mathile Institute’s requirement that partnering organizations utilizing Chispuditos must collect data on each Chispudito beneficiary and we are no exception. Both programs began collecting baseline data on the height, weight, illness history, and in some cases hemoglobin levels for both our enrolled students and any additional younger siblings not yet attending our classes. The decision to include the younger siblings of our students was made in an effort to try to capture more children that are as close to the first 1,000  days of their lives as possible in the program so as to have an even greater impact on their physical and cognitive development down the road. Having as many of these younger siblings in our program is a personal priority for our program just as it is for Mathile, as these future students that have consumed Chispuditos per indications will someday become healthier, more active and intellectually curious students in our classrooms down the line.

A look at the numbers

While the vast majority of the baseline data has already been collected in both programs, the final tallies are still coming in. Here’s a look at some of the numbers currently:

We originally hoped to include greater number of younger siblings into our initial Chispuditos distribution than we’ve currently achieved, but we began this endeavor understanding that it would be a process and that working closely with mothers is key to this program’s success and ability to grow. In that same spirit we feel that we have taken a solid first step in that direction, making it a requirement that mothers take turns in preparing Chispuditos every day before class and requiring them to attend an informational session on malnutrition basics and the proper preparation and consumption of Chispuditos before the first distribution. Let’s Be Ready already has experience In organizing nutrition-centered workshops with mothers, and Magical Classroom has taken steps to effectively carry out similar activities once every month with the help of our locally-stationed Regional Coordinators who in addition to being great educators, are now on their way towards becoming knowledgeable on nutrition topics as well. These mothers will meet with our coordinators and will partake in culturally-appropriate and engaging activities to help inform, educate and hopefully convince them that both early childhood education and proper nutrition need to be a priority for their families and children.

We are still collecting the last batch of data from the field and will subsequently begin processing and interpreting the numbers so as to offer more insight on where our little ones stand in regards to height and weight (and hemoglobin levels for some) in the next few days.

Chispuditos in school and in the home

As part of our initial informational workshops with mothers prior to collecting this round of baseline data, we helped instruct mothers on the proper preparation and administration of Chispuditos. All children attending LBR and MC classes are asked to show up to school with an 8 oz. cup and one Quetzal per week to help in exchange for one cup of Chispuditos per day, Monday through Friday. Parents who are interested in receiving Chispuditos for their younger children not yet in the classroom have the option to purchase a month’s supply at the subsidized cost of 4 Q/ month. We plan on monitoring compliance in the homes through daily informal questioning and occasional follow-up visits when necessary. For the most part, we feel confident that our fun and engaging workshops will go a long way towards assuring that whatever Chispuditos purchased for use in the home goes to the intended beneficiary and not Grandpa or Aunt Silvia. So far mothers have seemed eager to learn and have done a great job retaining crucial information and instructions. An indicator of this enthusiasm is represented in the higher than expected amount of mothers who granted us consent to perform the hemoglobin test on their children. This test was always optional to parents and while some parents of certain communities weren’t necessarily on board with the idea at first, but after learning more about the sometimes invisible nature of chronic malnutrition and its effects, a great number of those same parents later came around to the idea. Unfortunately, we didn’t anticipate this happening at the time and didn’t have enough slides to perform the full amount of tests solicited. We’ll be ready for next year, though!

Overall, the early returns from this new endeavor have been overwhelmingly positive by all indicators. Families and more particularly mothers, are excited that their children stand to benefit in new ways by attending our classes and we ourselves couldn’t be more thrilled by the potential impact that this latest improvement to our program can have both in the immediate and long-term. We hope to continue to improve our implementation model for this new program and of course will be keeping close attention as it unfolds. With the help of Mathile, we look forward to seeing more young children being given a chance to realize their full potential. 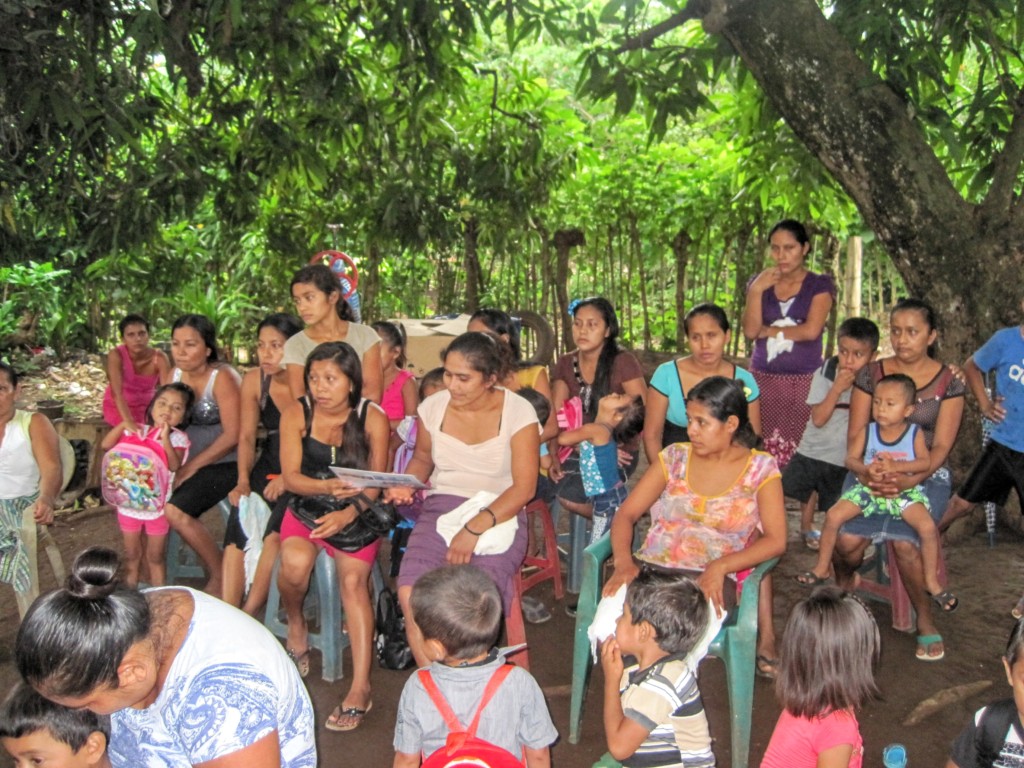 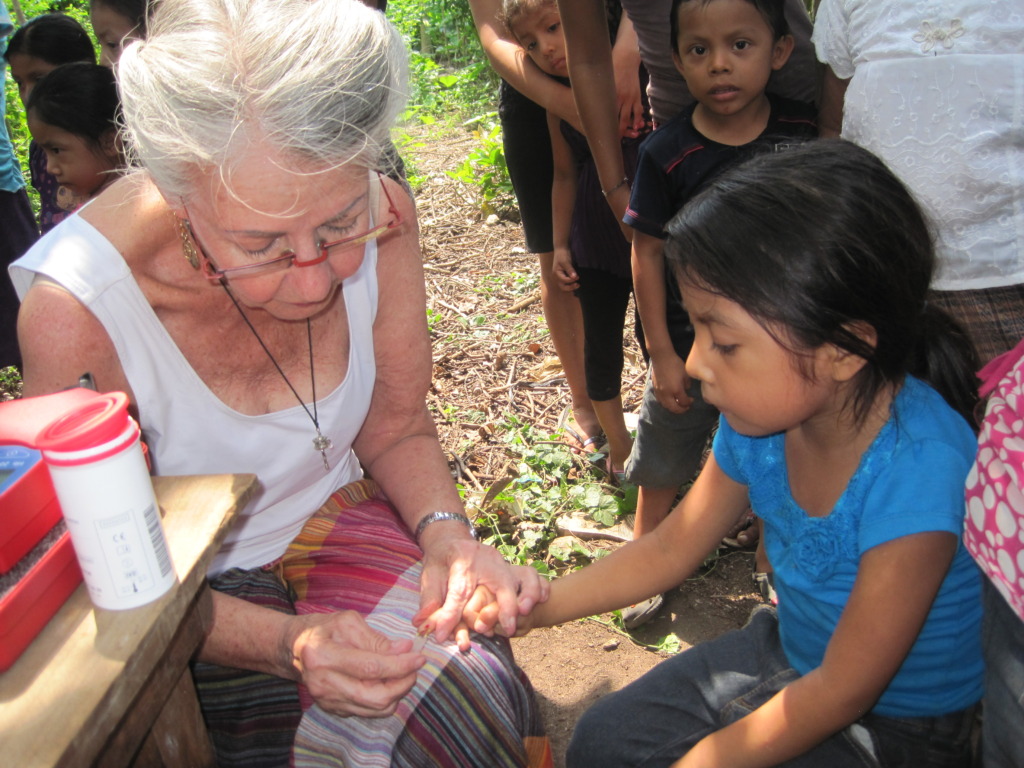 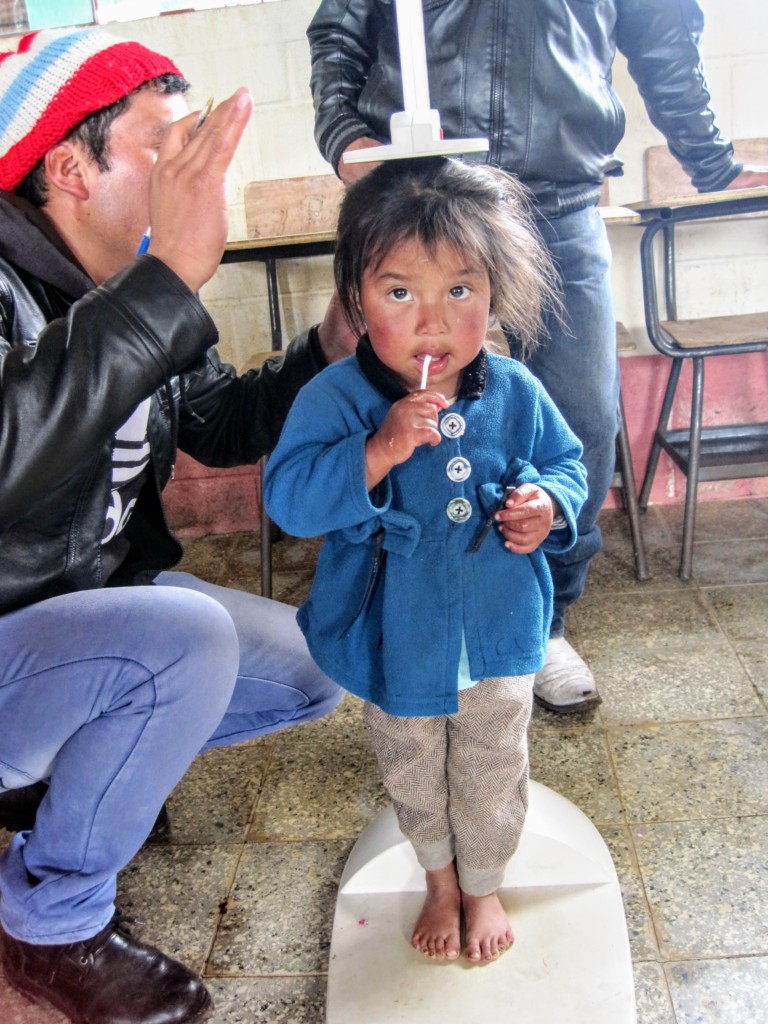 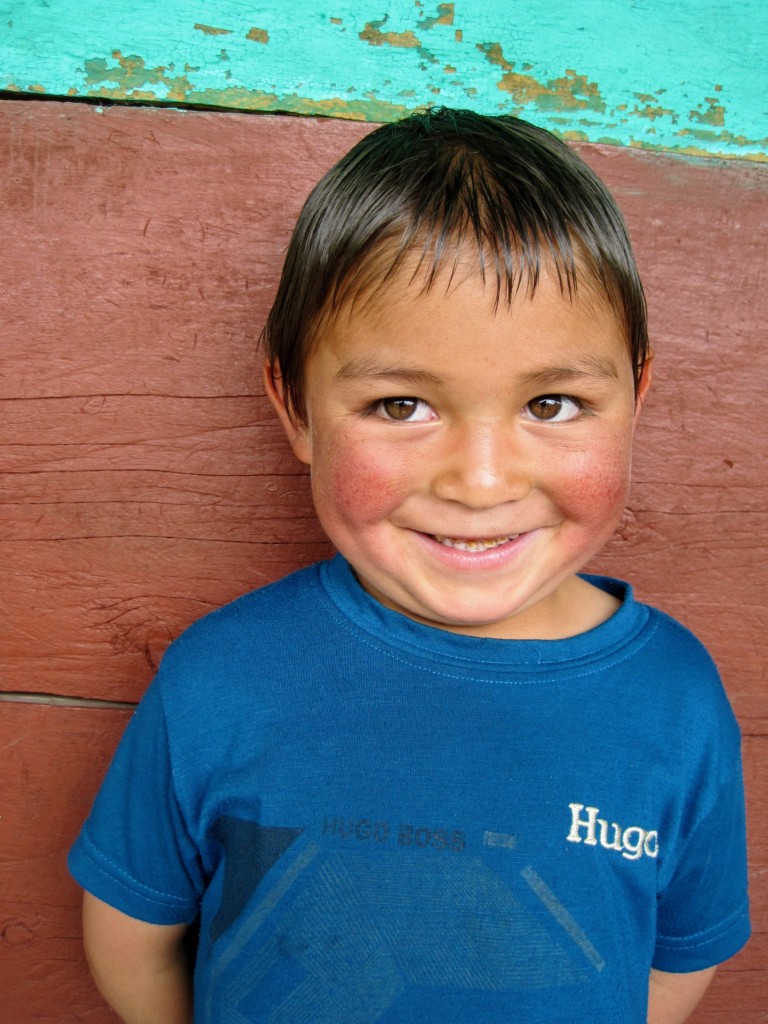 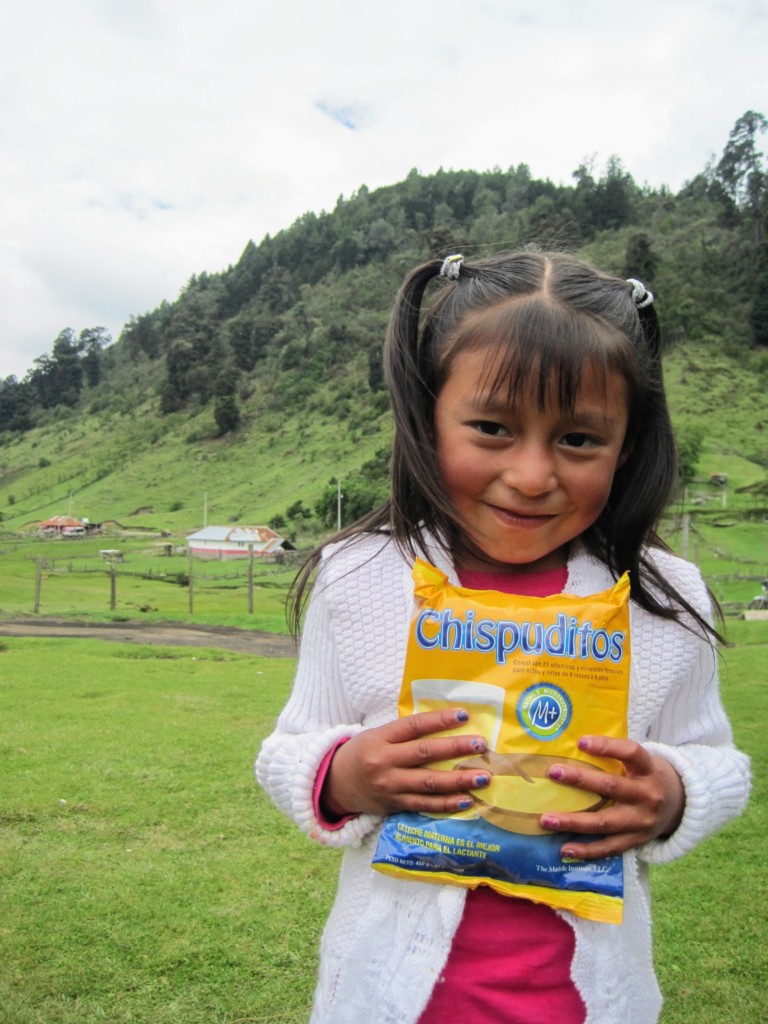 GlobalGiving
Guarantee
Donate https://www.globalgiving.org/dy/cart/view/gg.html?cmd=addItem&projid=14175&rf=microdata&frequency=ONCE&amount=25
Please Note
WARNING: Javascript is currently disabled or is not available in your browser. GlobalGiving makes extensive use of Javascript and will not function properly with Javascript disabled. Please enable Javascript and refresh this page.