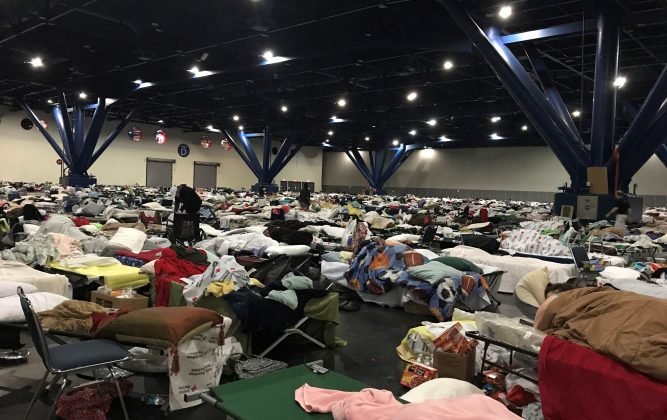 In 2018, Tahirih’s Houston office has maintained a reputation for providing holistic direct services to immigrant women and children in addition to community education, outreach, and policy advocacy. We’re pleased to announce that the Houston office is on track to exceed our annual goals.

2018 has also been witness to the continued erosion of asylum protections that directly impact our work, the needs of our clients, and the climate of fear that immigrant communities in Texas continue to live:

These challenges mean that our team has been called into action beyond what has historically been required, and at times have demanded that we shift our programmatic priorities to ensure that we are respond appropriately to the needs of the community we serve while continuing to support our existing clients. These responses, outside of our typical direct services, include:

Through our work, we have been able to provide invaluable support to women like *Abigail.  Abigail is a 35-year-old woman from Central America who fled her home country in the wake of sexual assault, fleeing gang members who raped and assaulted her. Upon arriving in Houston, Abigail obtained a job working as a waitress at a nightclub and became acquainted with one of the security guards at work. She was looking for a new place to live and a roommate; her co-worker offered a room for rent in his apartment, and Abigail moved in. Sadly, instead of a safe place to call home, Abigail woke up one morning and found that she was trapped, with the door was locked from the outside. When her roommate returned home that day, he told her that she could not leave the house without him, handcuffed her to the stair railing, held a gun to her head, and raped her. He then proceeded to force her to prostitute herself over the course of several months.

Abigail escaped with the help of a woman she met at one of the bars where she was forced to work, and reported the trafficking to law enforcement.  Abigail was referred to Tahirih by the Houston Area Women’s Center. With the support Tahirih, Abigail learned about her legal options, including her eligibility to apply for a T visa as a victim of human trafficking. With Tahirih support, Abigail filed her application, and it was recently granted. Abigail worked with Tahirih staff to meet her goals and fill urgent needs for medical advocacy, assistance applying for CVC, and educational referrals. In addition, Abigail worked with our community partners, a refugee resettlement agency, to receive the benefits she is entitled to as a survivor of human trafficking. Abigail is now able to live and work legally in the United States, and continue the healing process in safety.

GlobalGiving
Guarantee
Donate https://www.globalgiving.org/dy/cart/view/gg.html?cmd=addItem&projid=29839&rf=microdata&frequency=ONCE&amount=25
Please Note
WARNING: Javascript is currently disabled or is not available in your browser. GlobalGiving makes extensive use of Javascript and will not function properly with Javascript disabled. Please enable Javascript and refresh this page.