Support a Home for 25 Homeless Girls in India 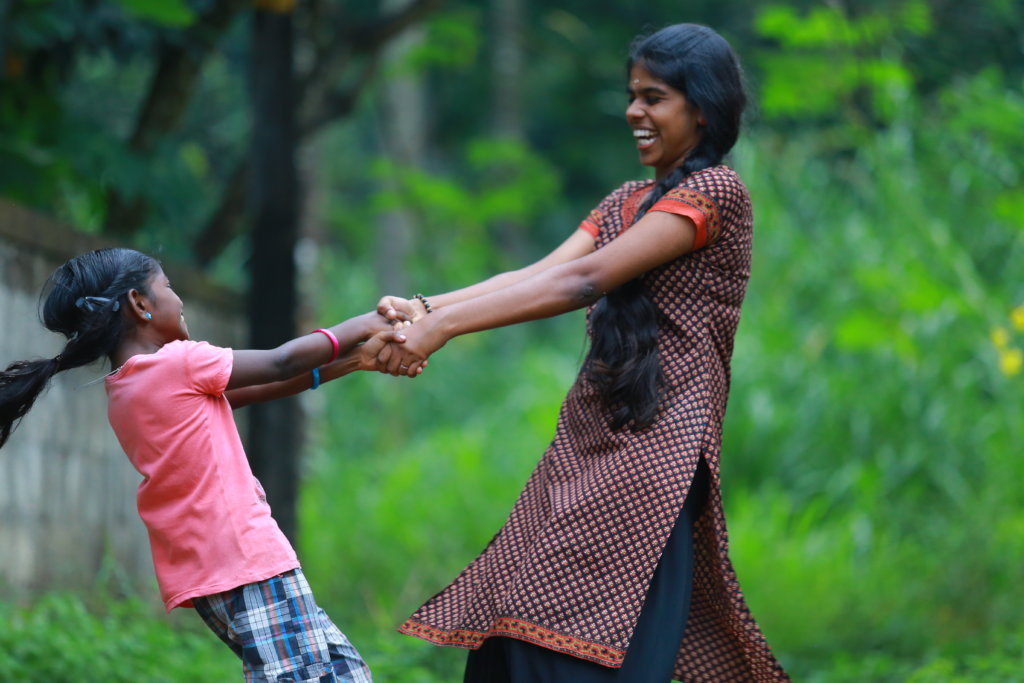 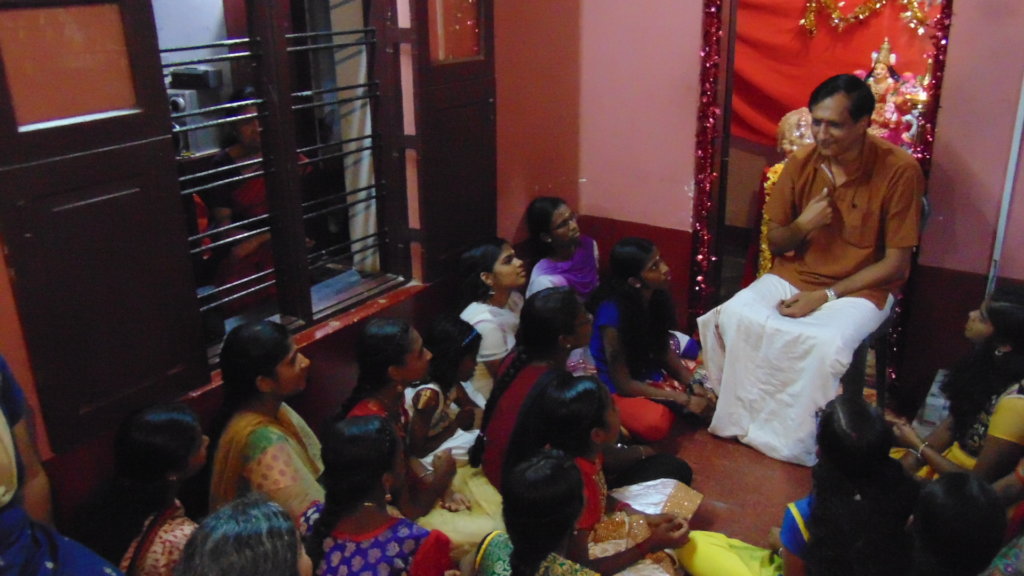 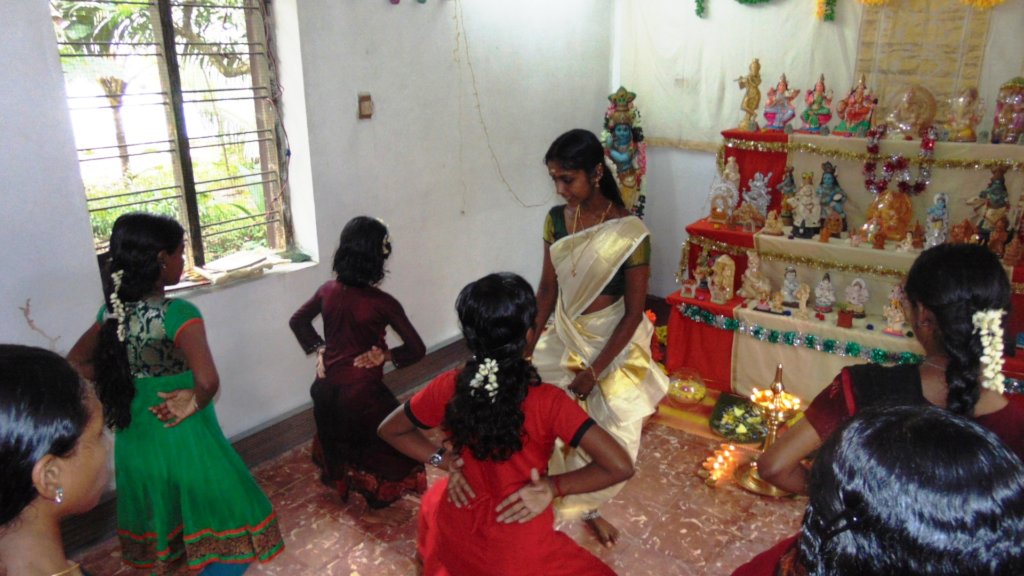 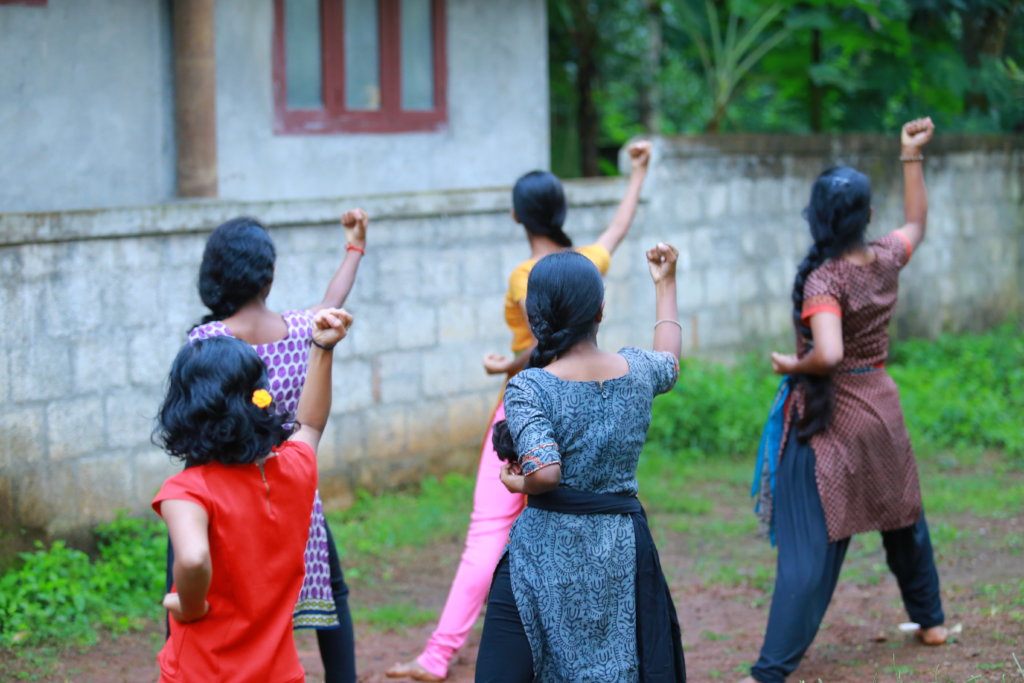 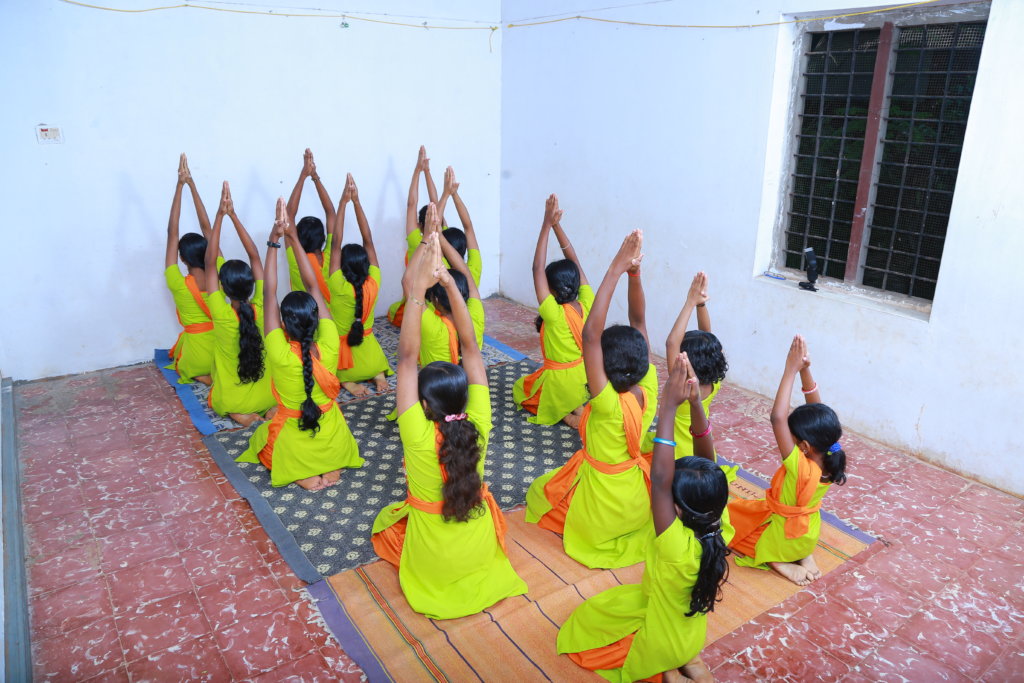 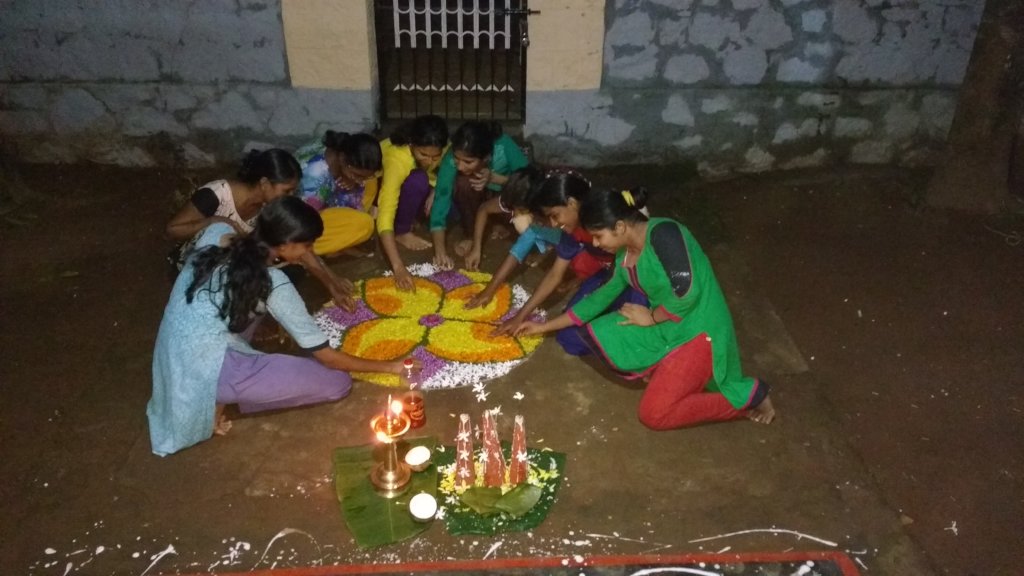 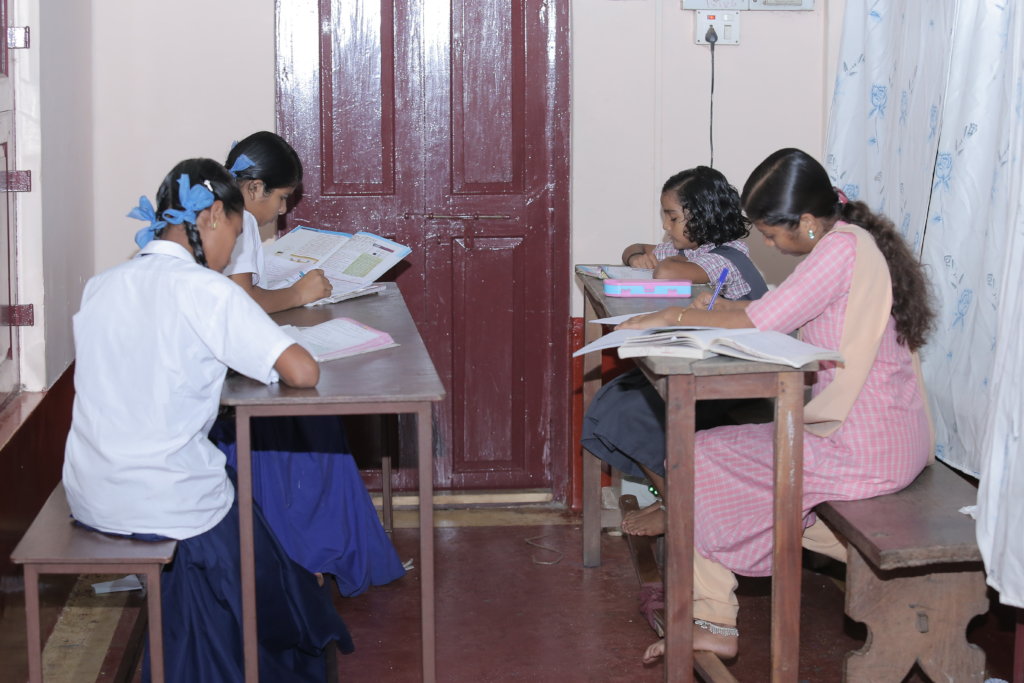 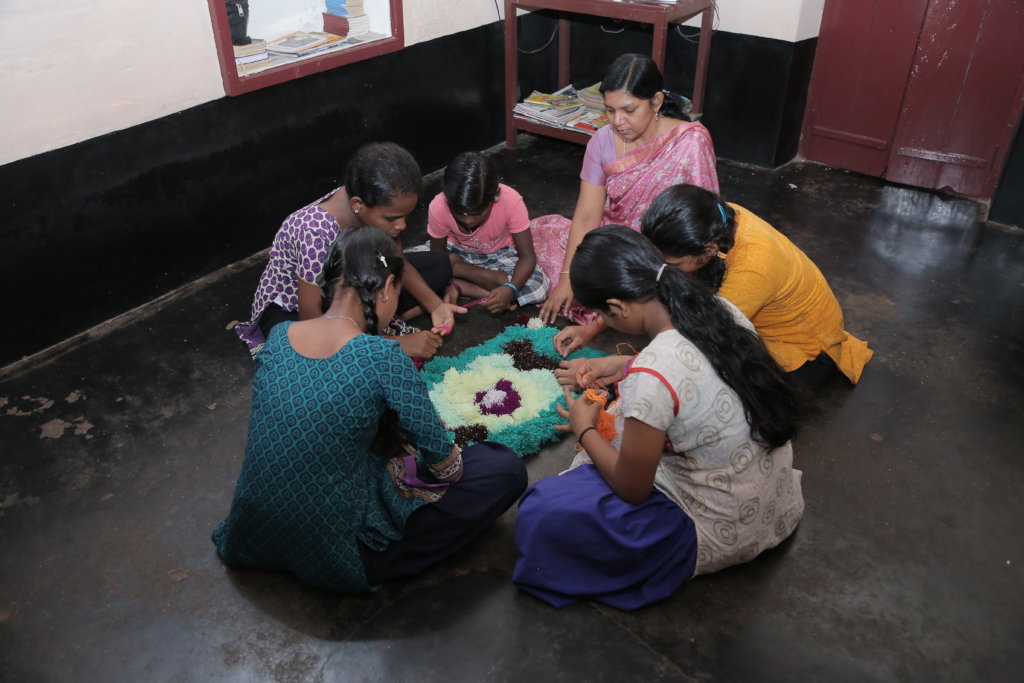 "To be safe, to be together, and to be happy - what else can we ask for during these tough times...", says an elated Manju (name changed to protect privacy), when asked about her lockdown experience. "This is an altogether different vacation, but we are still enjoying it", she comments.

The children of ATMA Gurukulam were right in the midst of their final exams when a nation-wide lockdown was announced at the end of March. The exams were postponed, and suddenly everything that was considered 'normal' was no longer so. The children were used to an eventful summer holidays, with camps, outings, movies, and special trainings in dance, music, painting, english, and so on. Suddenly, they were faced with the possibility of a rather long holiday season with none of these activities.

Fortunately, Ms Parvathy and Ms Jisha, both teachers and ATMA volunteers, were already staying at the Gurukulam, as part of the exam preparations, along with the child welfare officer Ms Sreena. With guidance and support from Mr C K Suresh, Director, and Ms Sangeetha, ATMA Volunteer and Research scholar, the team chalked out a plan to make the holidays fun and useful for the children. It was important to boost the children's morale and to keep their minds off the fear and hysteria created by the pandemic.

The daily routines were reworked, with additional thrust on breathing excercises, yoga, and creative activities. A learning plan was also formulated for each child. Many fun activities were devised, with inputs from the children. They played a lot, lounged about a bit, read books, dreamed, acted out small skits, danced and sang. They also included in their daily routine, a prayer for the well being of the world.

On the whole, the five weeks of total lockdown was a celebration - their creativity was unlocked, and they are all the more happier for it!

Now, schools and colleges have reopened with digital learning modules. ATMA has taken care to provide the children with the required facilities and devices so that each child can access the learning opportunities without hitch and make the best use of online resources. ATMA teacher-volunteers have started supporting the children through online sessions.

Even as they send up another prayer for the world, the children are also using this as an opportunity to work on themselves to build their dream future. 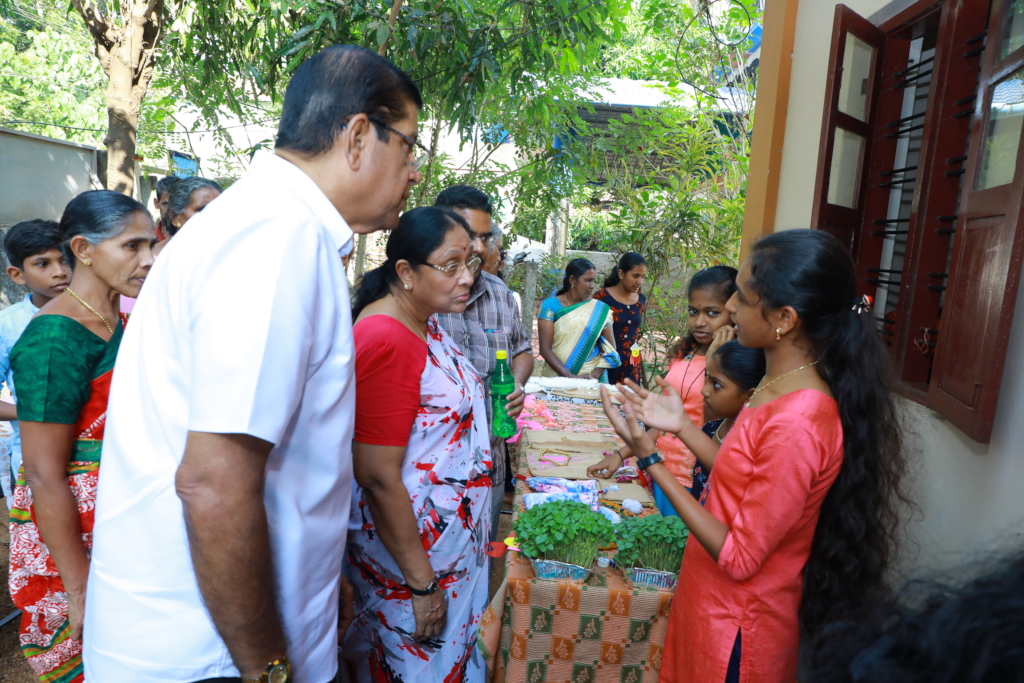 “The children of ATMA Gurukulam are incredibly amazing! How easily they come up on stage and speak! And how polite they are in their interactions!” Dr Deepthi, renowned obstetrician and a well-wisher of ATMA, was bowled over by our children’s performance at the ATMA Gurukulam Day.

She was just one among the many who watched in wonder as the 20 girls at ATMA Gurukulam came out with their creative talents and management skills.

The second ATMA Gurukulam Day was conducted on 2nd February, at the ATMA Gurukulam premises at Puranattukara. The programme is conceptualised as a leadership development opportunity for the children, where in ATMA volunteers and mentors guide the children to organise and conduct the event by themselves.

This year, apart from cultural programmes and experience sharing, there were special donor counters set up and managed by the children. There was a live mehendi (henna designs on the hand) counter, a hand-made gifts counter, a selfie corner and a food specialties counter. Our children, their friends, and ATMA volunteers worked together for more than a week to make beautiful hand-made gifts, fun selfie frames and packed foods for the counters. They also made ‘microgreens’ by growing edible sprouts in old food containers.

The children themselves manned the counters, welcomed the guests and conducted the stage programmes. Ms Shyama (name changed), the first professional graduate from Gurukulam, was honoured for her achievement. The ‘mothers’ who take care of the children were also appreciated on stage for their selfless service.

More than 200 people attended the Gurukulam day function. All of them were mesmerised by the programmes, and touched  by the love and affection that they could closely feel within the ATMA Gurukulam Family. For the children, it was a day they could call completely their own. 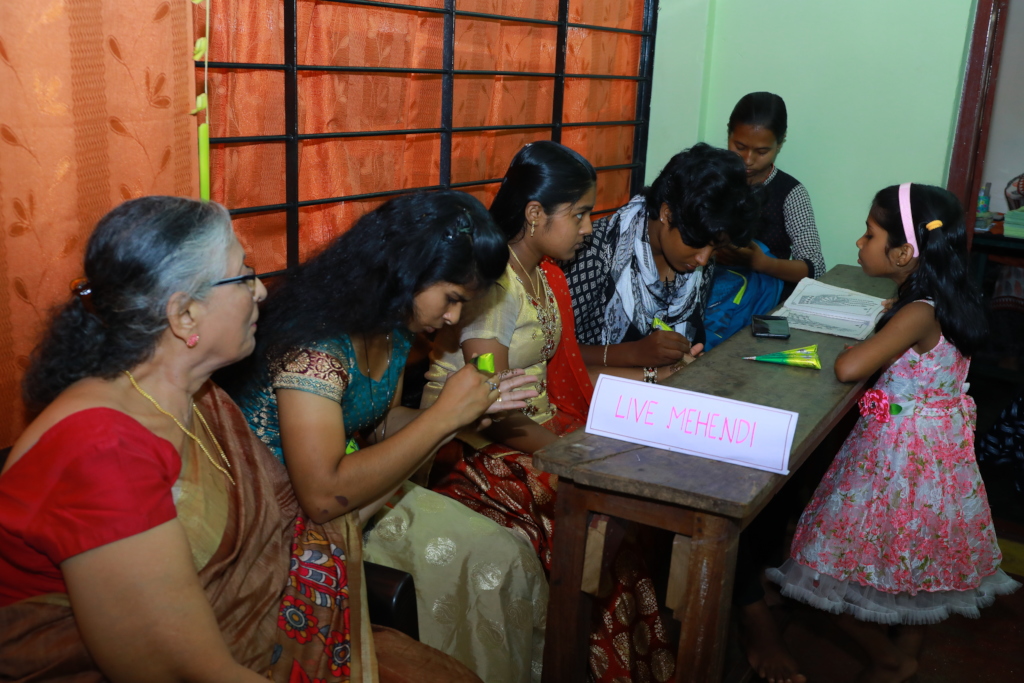 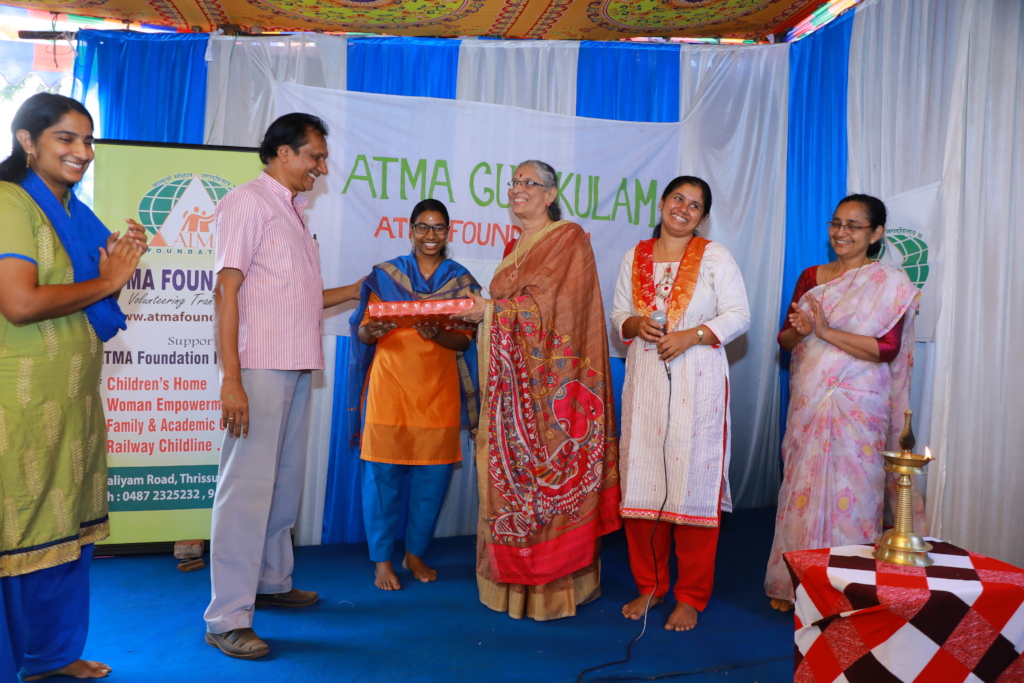 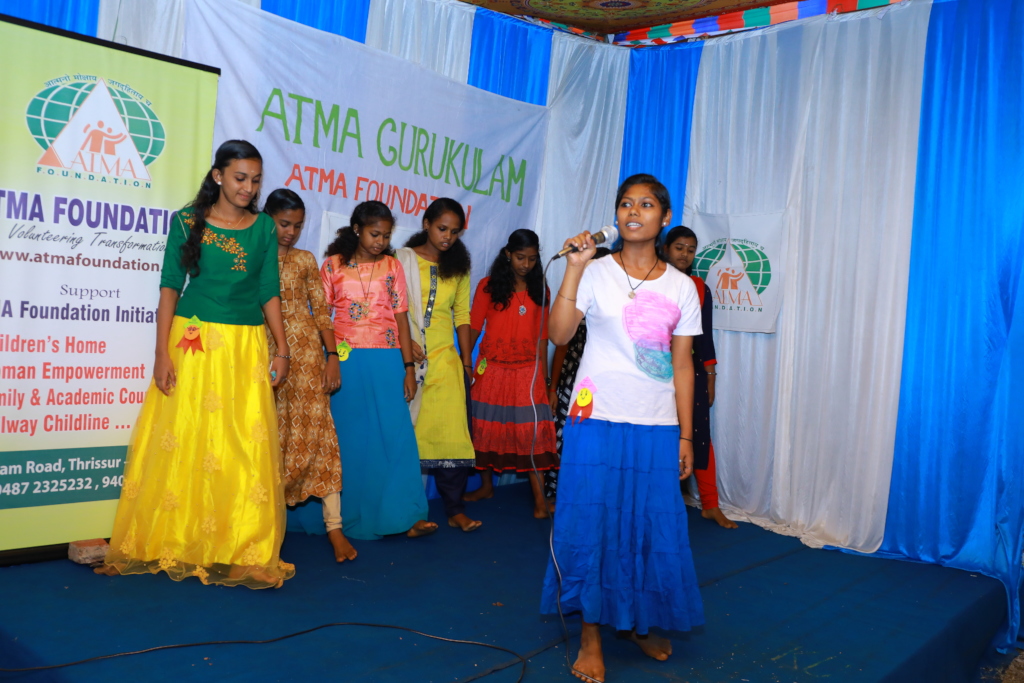 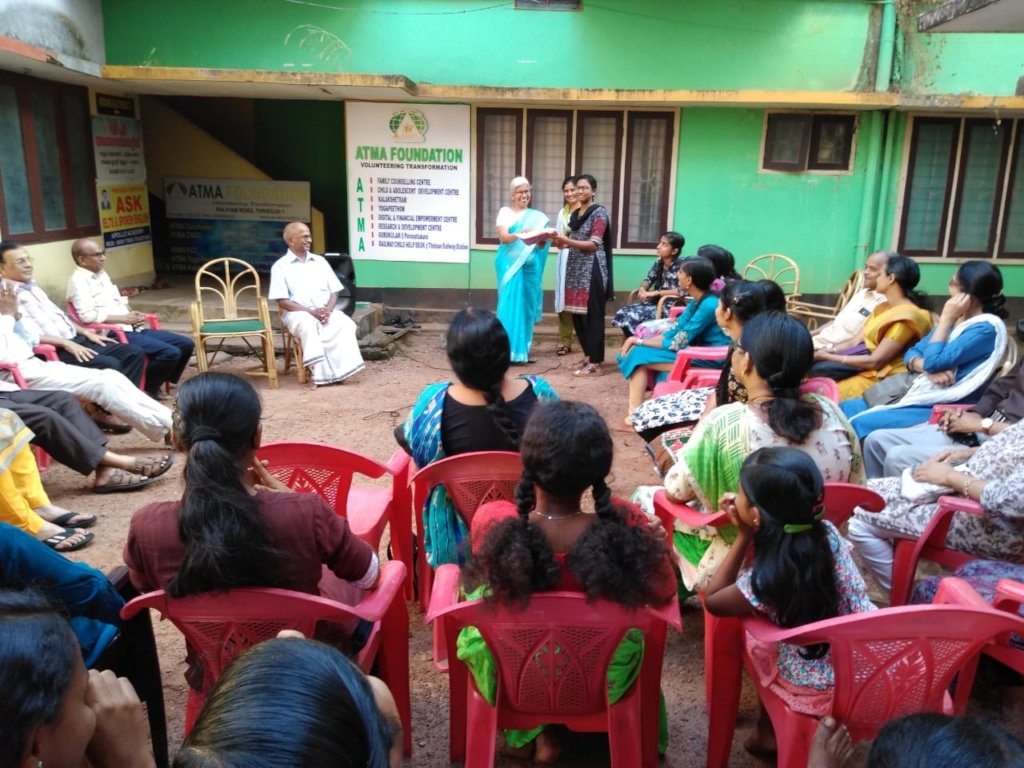 “Our duty is to do more than protect these girls – we should strive to empower them, help them stand on their own feet, holding their head high and holding out their hand to support others around them”, C K Suresh, Director of ATMA Foundation had this vision for his team when the ATMA Gurukulam Girls’ Home was started in 2012.

And it was a success achieved, when Swarna Devi, our senior-most girl at ATMA Gurukulam, cleared the 4 year BSc Nursing programme with flying colours.

Swarna was an average student, who cleared her 10th exams with reasonable grades, and opted for the science stream. Compassionate and helpful by nature, and guided by the career counselling sessions at ATMA Gurukulam, she chose to pursue her interest in nursing. After completing Plus Two, she got admission into the prestigious Govt College of Nursing, Thrissur.

Now, after 4 years of committed and consistent efforts, she has achieved another milestone for herself and for ATMA Gurukulam – she has become the first professional to qualify from ATMA Gurukulam. She is soon to start her one-year internship in the medical college, after which she will be seeking employment as a full-fledged staff nurse.

Ever the dreamer, she has set her eyes upon a lucrative nursing career in the govt sector, and is preparing in full swing for the exams and interviews.

As we share this joy with all our well-wishers and donors, and the GlobalGiving team, we look forward to creating more success stories, brighter futures and happier lives! 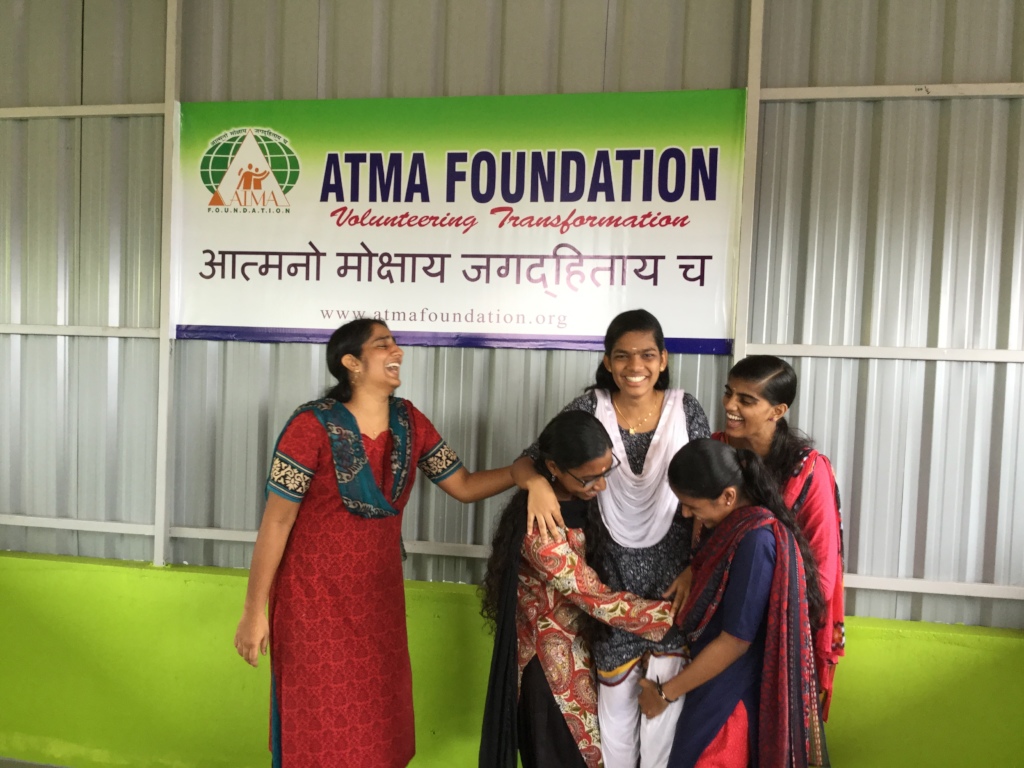 Once again, it is celebration time at ATMA Gurukulam! Amrutha, one of our senior girls, has secured the First Rank in the Kerala Agricultural University Entrance for Masters in Community Science.

The first graduate from ATMA Gurukulam, Amrutha is undeniably the trendsetter – the inspiration and role model for the others- especially the seniors who are in different stages of their undergraduate studies. Over the last 3 years, the ATMA team had taken great care in grooming her – helping her to make her choices, guiding her through the process of decision making. Having done Science for her higher secondary, Amrutha was interested in Life sciences. After exploring the various options and matching them with her true interests and spontaneous talents, she decided that she would like to pursue a career in food science and nutrition. This led her to join the Family & Community Science programme at Vimala College, which offered courses in food science & dietetics.

After graduating with an A grade, she started preparing in earnest for the KAU entrance. Ever concerned about giving the best to our children, we at ATMA, felt that it would be good for her to get an exposure to the real workplace. We were able to secure a two-month internship opportunity for her in the dietetics department of a reputed hospital in Thrissur. Happy and excited beyond words, Amrutha took up the assignment with great enthusiasm and commitment, gaining very positive reviews from the hospital authorities about her sincerity and her attitude to work.

Now, just three months after completing her graduation, Amrutha is set and ready to take the next big step. She goes into the University Campus, already a winner – the confidence & professionalism gained from her internship days standing her in good stead, making her ready to face the new challenges. And, as ever, we at ATMA stand with her, looking out for her with care, while making sure that she learns to be independent, as she makes her way in the world. We care, and we wait, enjoying her growth story, being there for her when she needs us, looking forward to her next achievement... And our sincere appreciation to Amrutha, for being a true role model, setting a trend of achievement, which her juniors at ATMA will definitely aspire to follow… 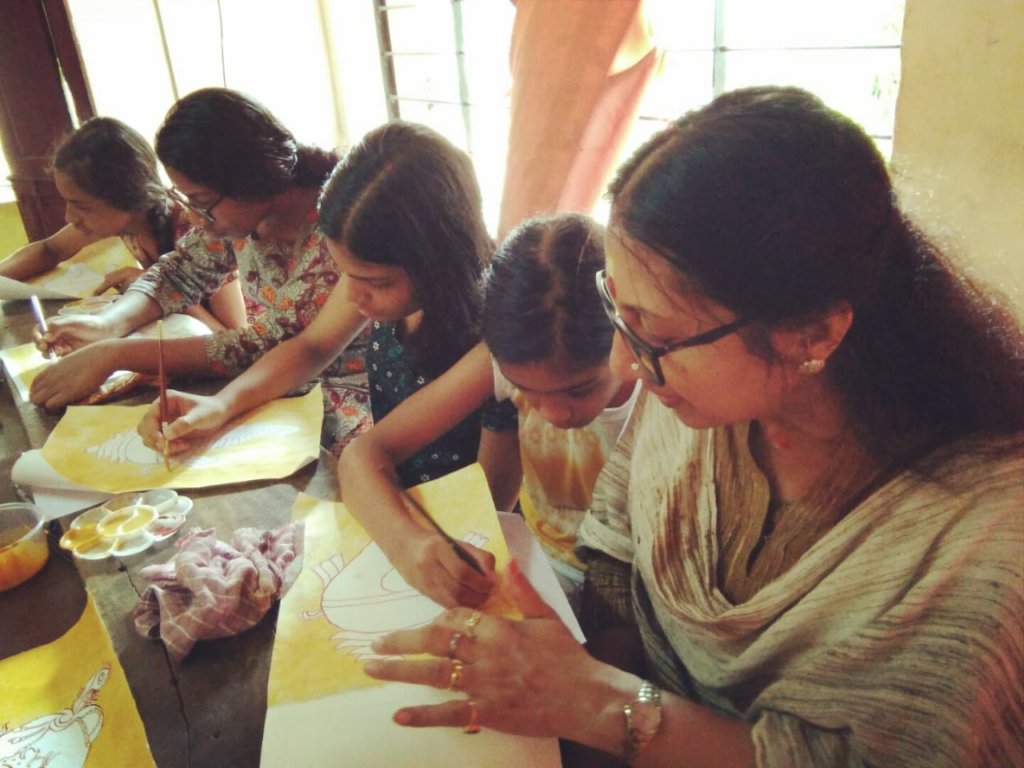 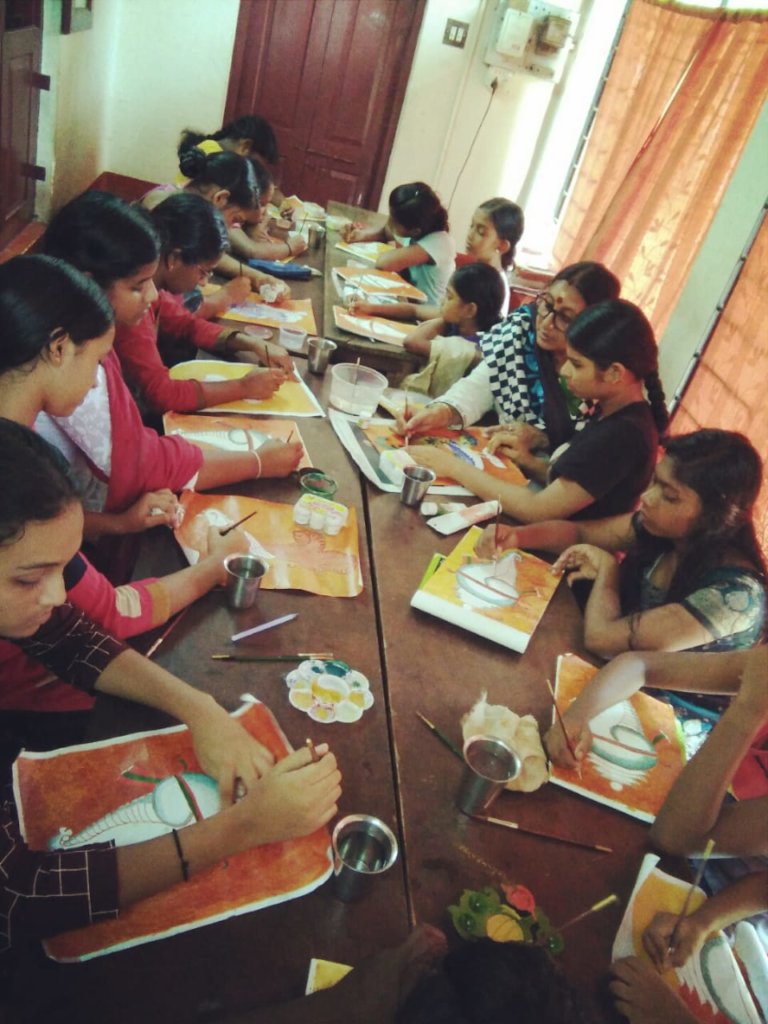 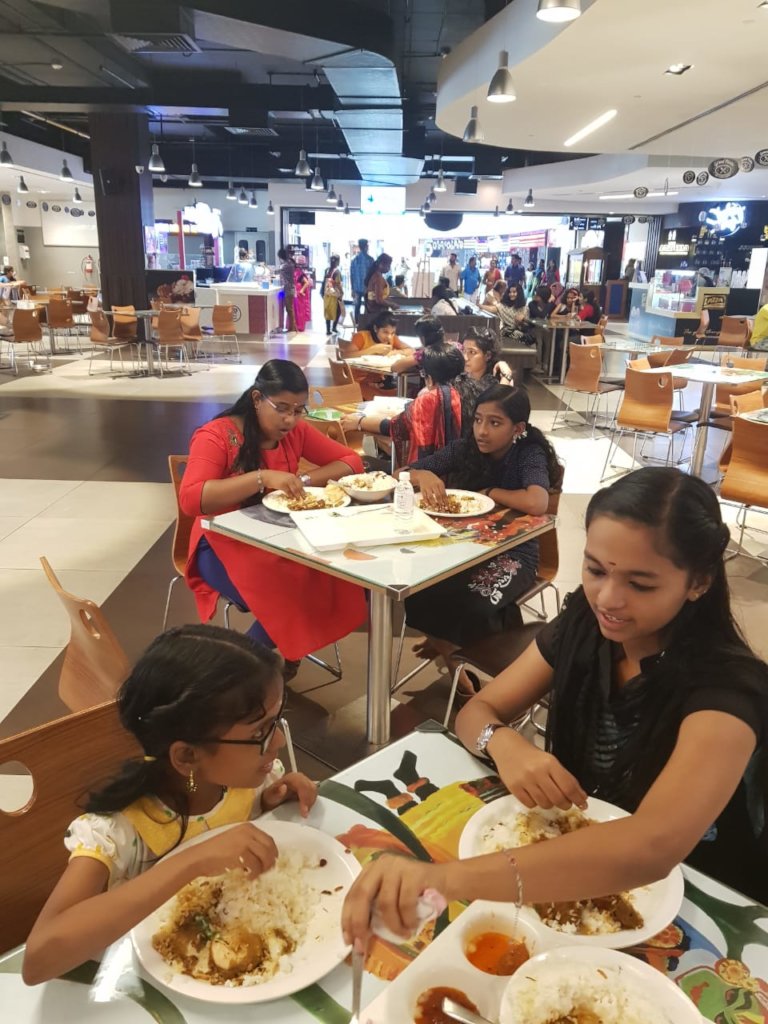 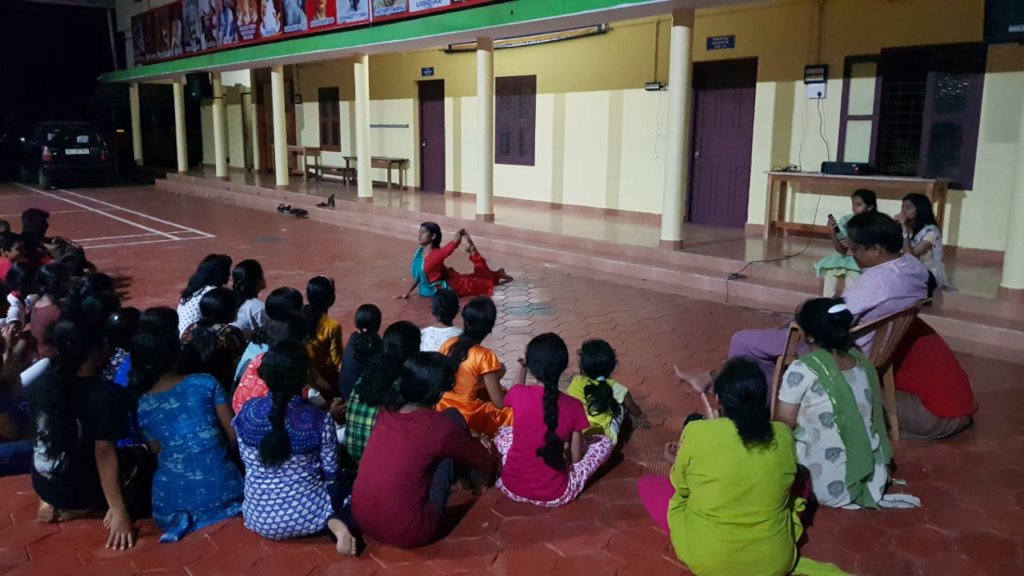 GlobalGiving
Guarantee
Donate https://www.globalgiving.org/dy/cart/view/gg.html?cmd=addItem&projid=32108&rf=microdata&frequency=ONCE&amount=25
Please Note
WARNING: Javascript is currently disabled or is not available in your browser. GlobalGiving makes extensive use of Javascript and will not function properly with Javascript disabled. Please enable Javascript and refresh this page.