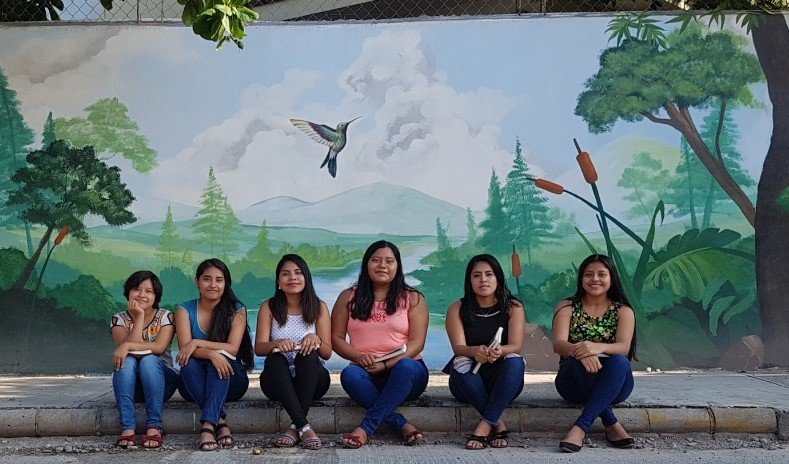 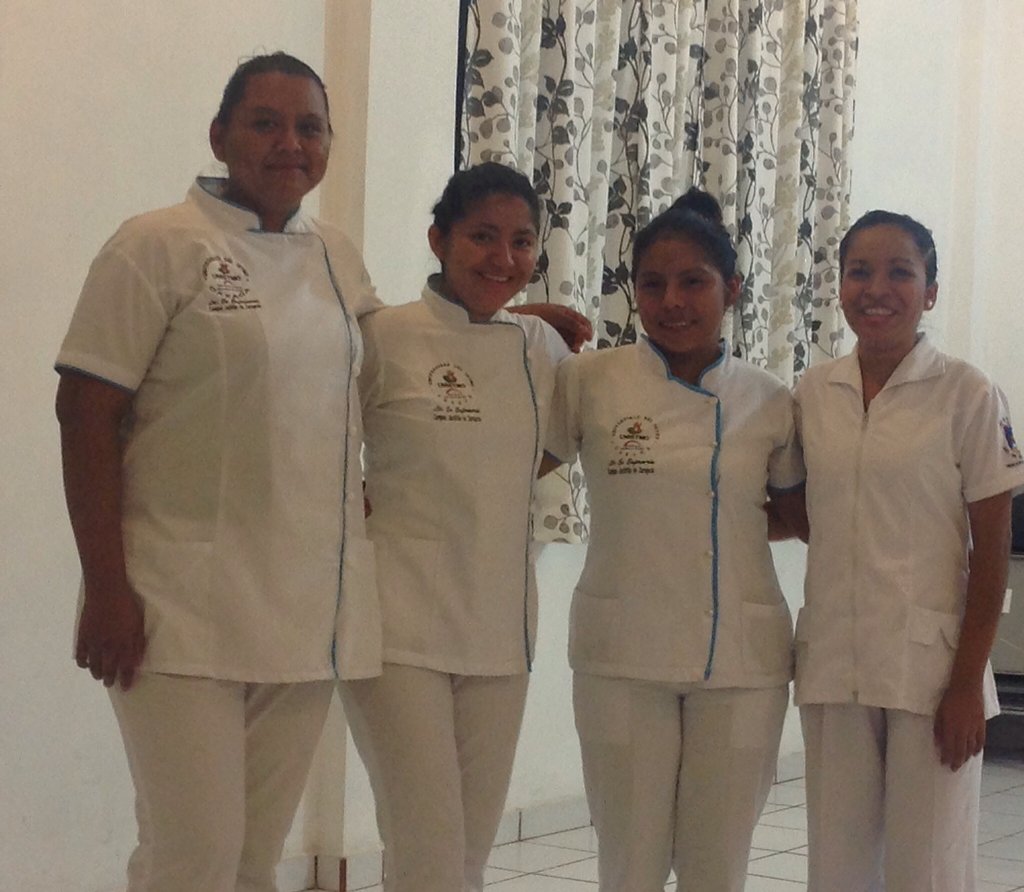 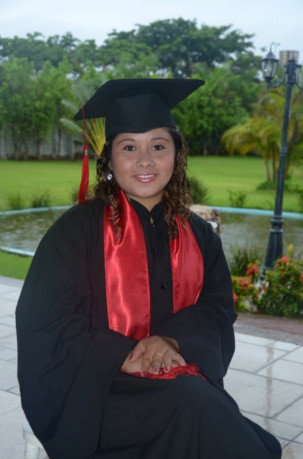 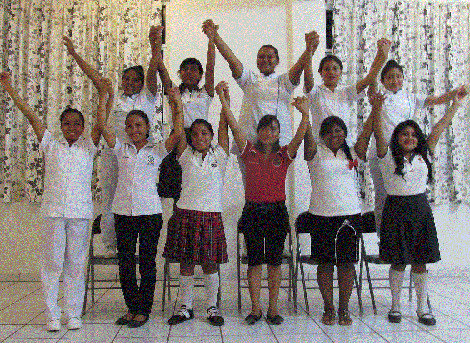 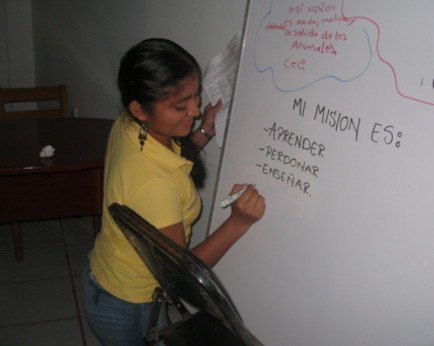 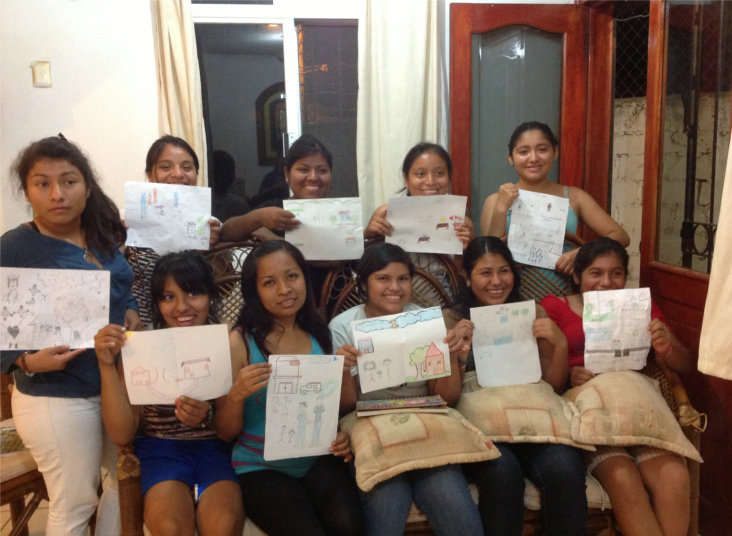 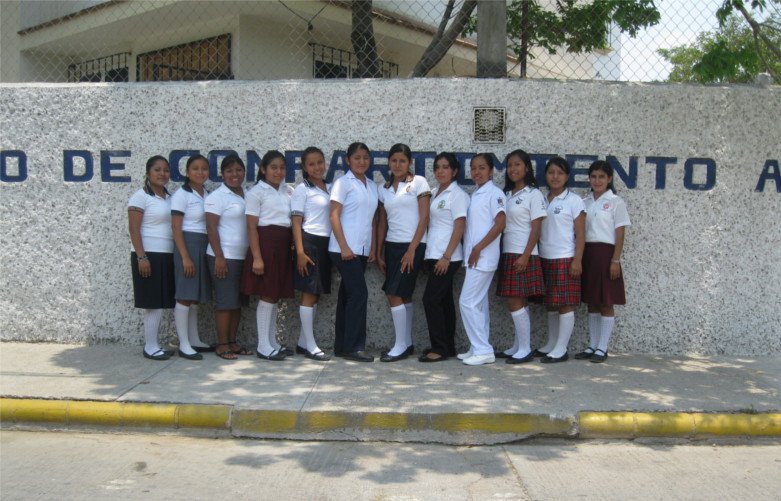 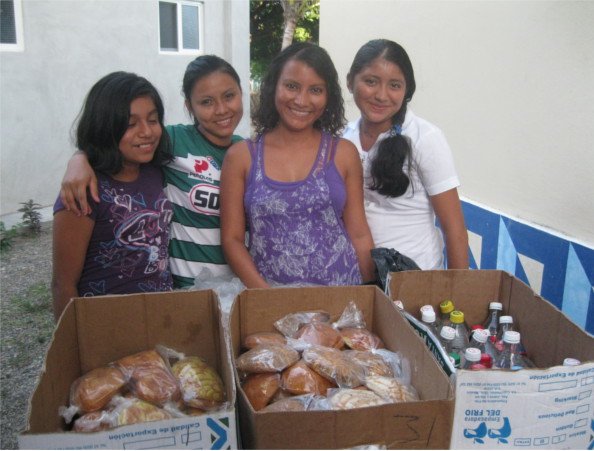 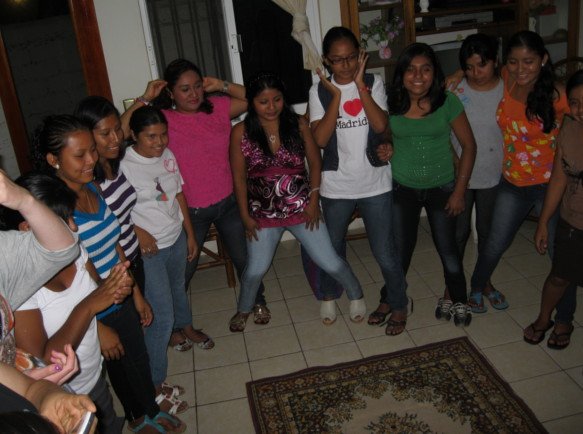 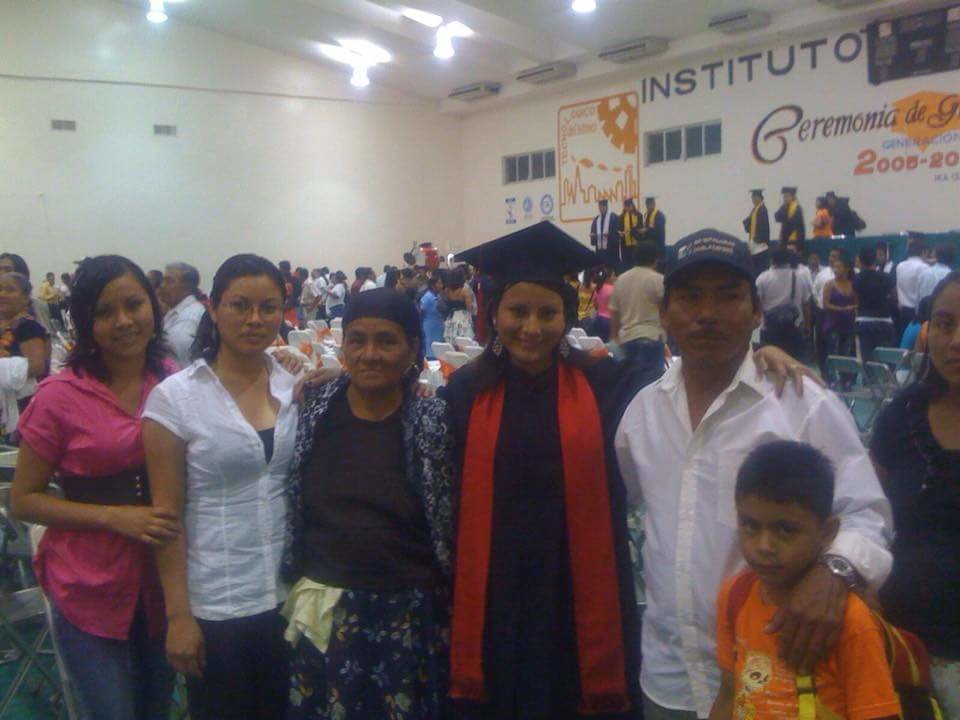 Not In This Alone 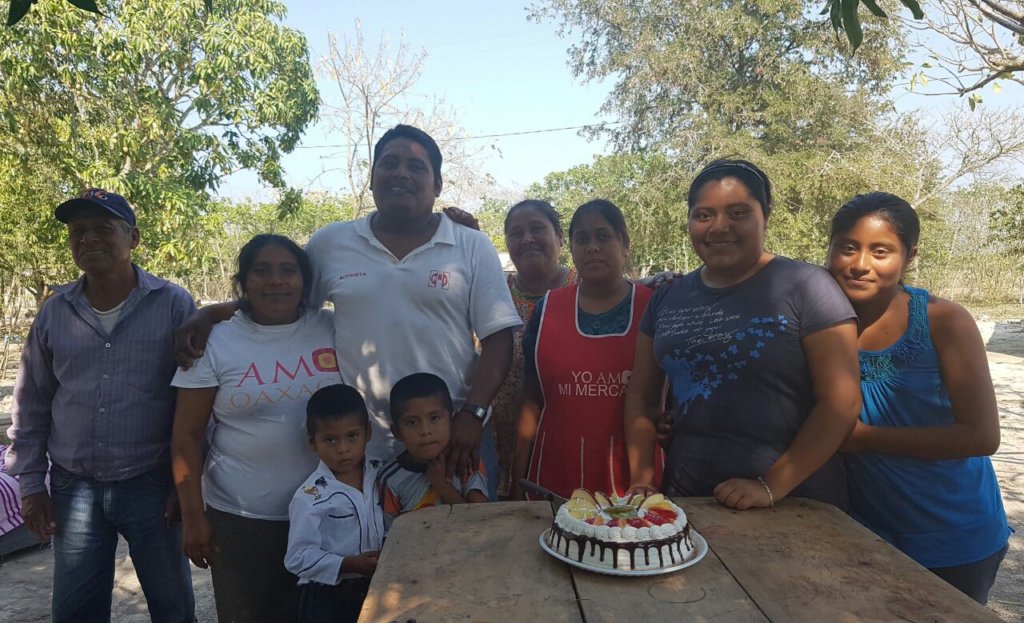 Heydi with three generations of her family

Heydi is a 17-year-old from a small community in Eastern Oaxaca.  Thanks to your support of Centro de Compartimiento she is currently in her second year of high school studying public, she dreams of being a nurse.  As part of our program, we like to visit our student´s home communities, meet their families and hear their stories.  This month we had the opportunity to go and visit Heydi's community and it turned out that the date we had available was also her birthday.  We took our van with a contingent of students and some guests and drove out from town an hour to visit the family.  Heydi's grandfather told us how he moved down from the mountains with his family as a boy to find better farmland and how the community was founded.  Heydi's father, a cattle hand, told us about his work on a local ranch.  He leaves his family six days a week to work.  His salary is one thousand pesos a week, which today is worth a little over fifty US dollars.   He sends five hundred pesos a week to cover Heydi´s school costs.  He told us Heydi would not be in school if Centro de Compartimiento did to give her room and board, a cost that would be more than his weekly salary.

Most importantly the students who accompanied us on this visit got to hear from a man whose faith and perseverance is amazing, and we found the roots of Heydi´s desire to become a nurse.  Eight years ago, while Heydi´s father worked on a ranch, the power went out in a wind storm.  His employer told him to climb the electrical pole to reconnect the power so that they could continue to watch TV.   Against his better judgment and after some protest he climbed the pole.  While attempting to reconnect the line he was electrocuted and fell to the ground injuring his back.  At the local hospital, he was told her would never walk again, leaving his wife to care for him and the children  He lived for a year lying on a wooden plank, traveling an hour to the hospital every week.  He found comfort with the support of a local church community and prayer.   He was granted his miracle 6 months into his convalescence when feeling began to return to his legs, it was another six months before he could walk, but he never lost his faith.  His journey inspired his daughter to be a nurse.  Today he is a leader in his church and an inspiration the people of his community.

We at Centro de Compartimiento thank you for the support that you have given to Heydi and other young women in fulfilling their dreams for higher education.  Please consider making a donation this month to support these wonderful young women and their families.  Continue to show them that they are not alone, join us and their families to give them a solid base for the future 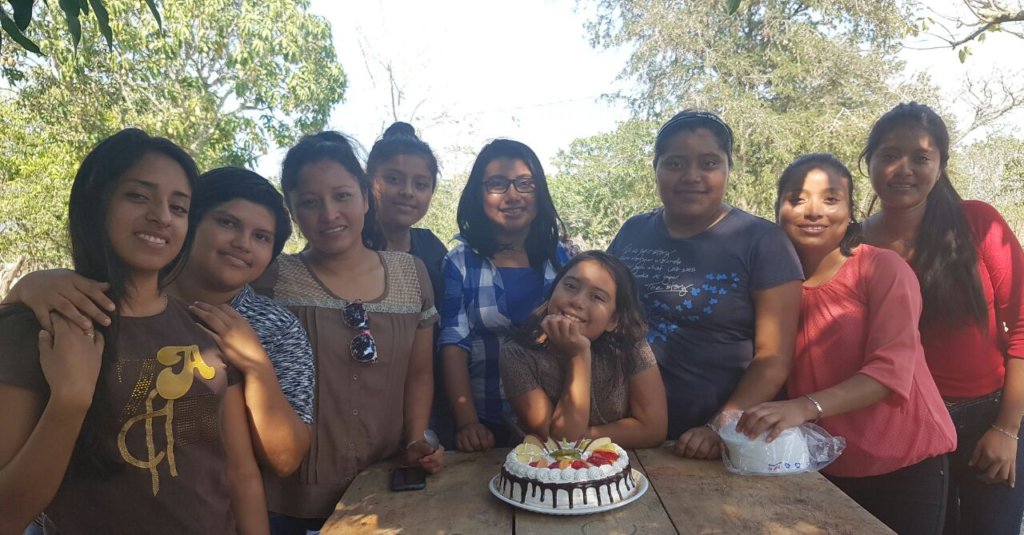 Heydi with some of her fellow students.

GlobalGiving
Guarantee
Donate https://www.globalgiving.org/dy/cart/view/gg.html?cmd=addItem&projid=18042&rf=microdata&frequency=ONCE&amount=25
Please Note
WARNING: Javascript is currently disabled or is not available in your browser. GlobalGiving makes extensive use of Javascript and will not function properly with Javascript disabled. Please enable Javascript and refresh this page.