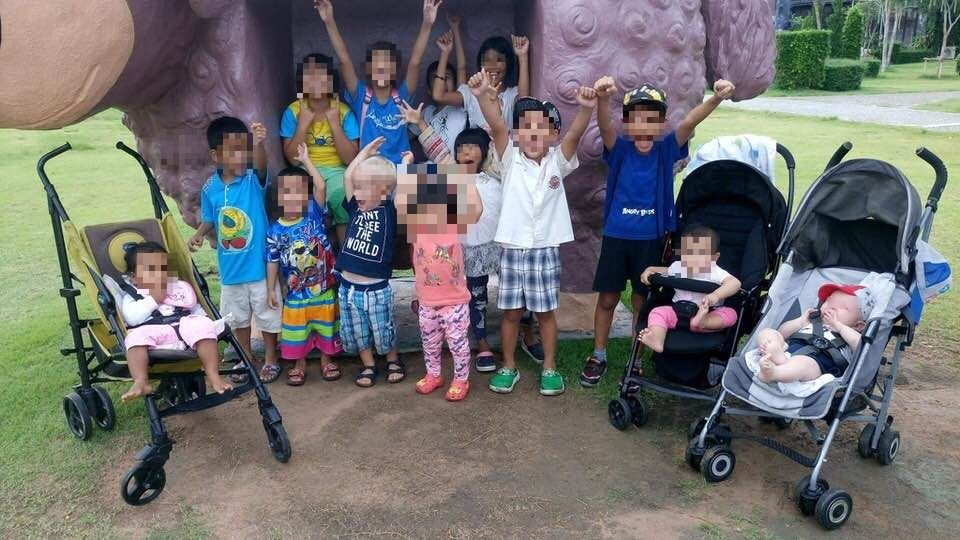 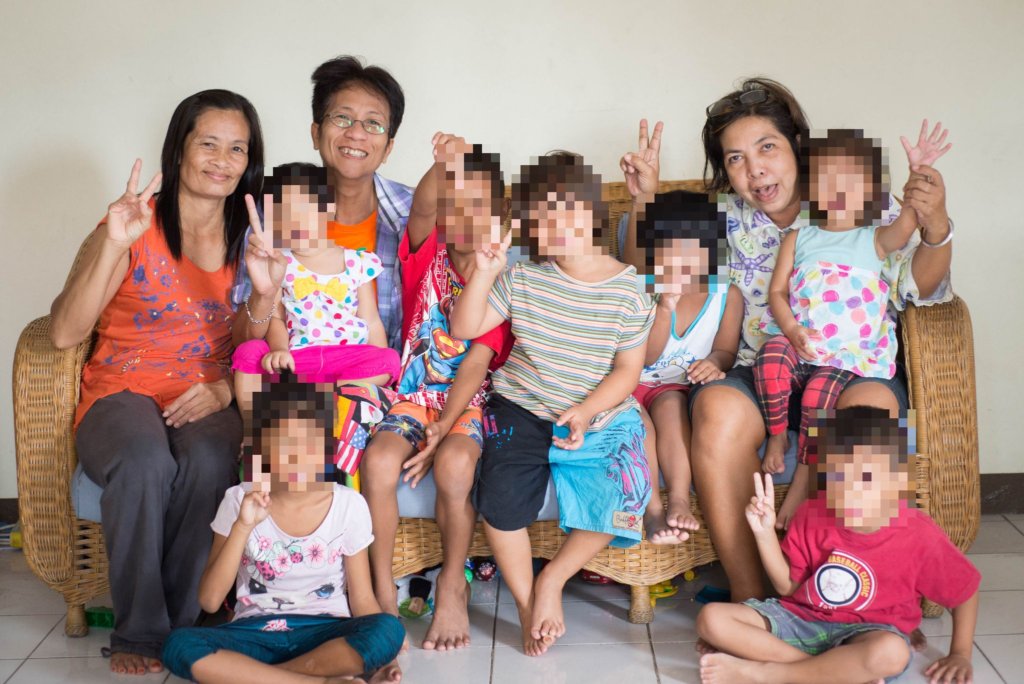 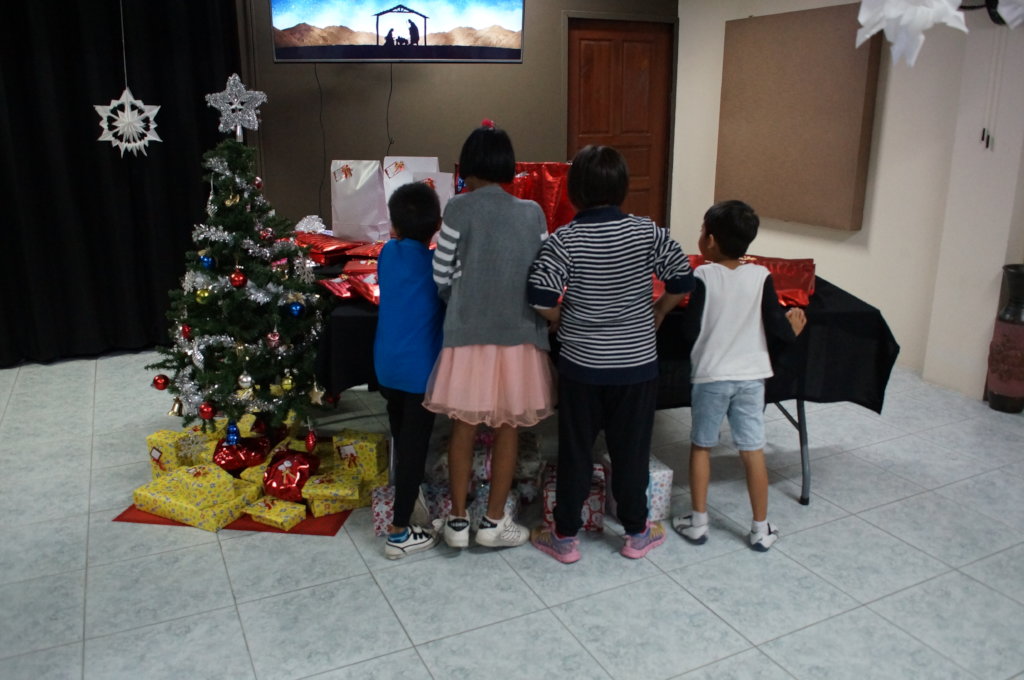 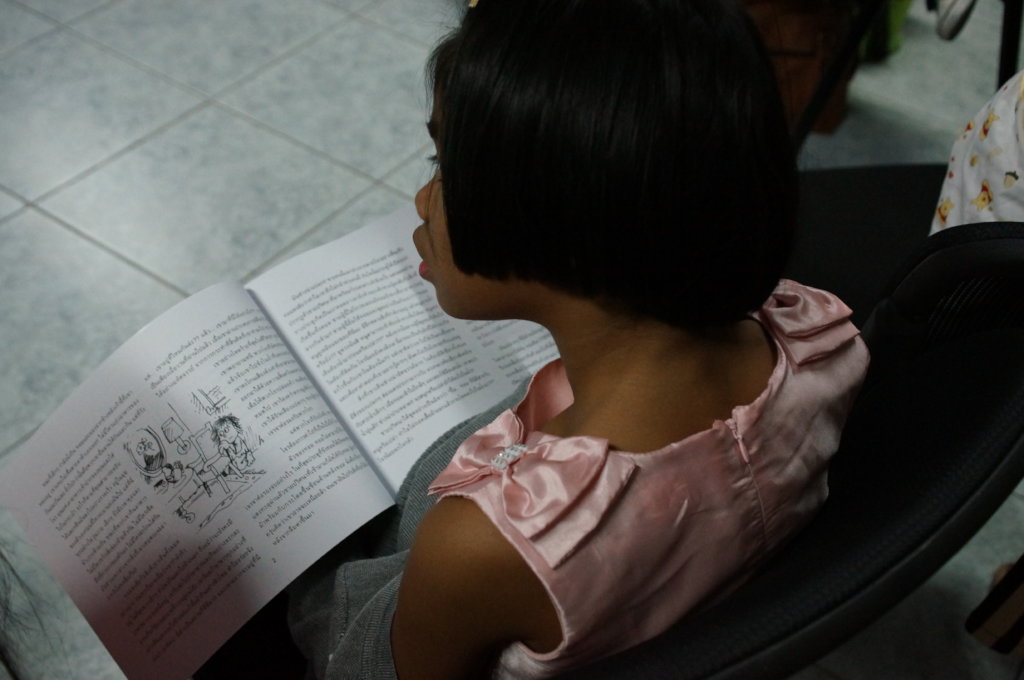 Slowly schools are returning to normal 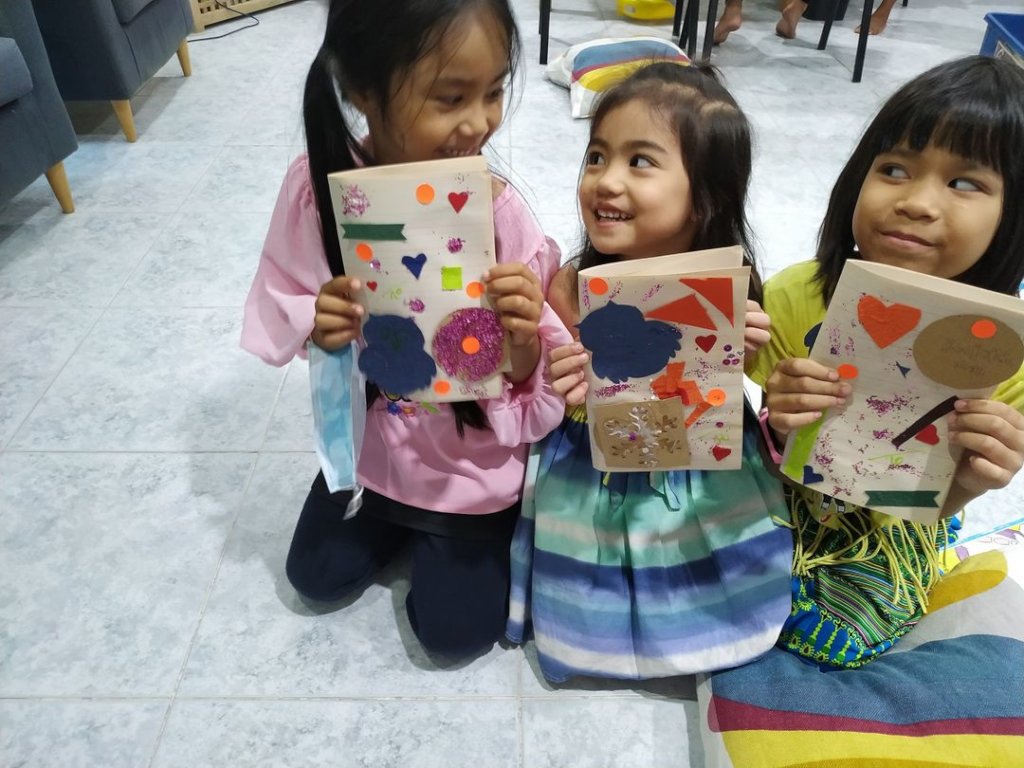 Showing off the project that they made

Here comes another update about the children at Tamar Center. The whole last year has been very weird for them. The long times where the school were closed, then a time where the schools only opened for half days followed by a short normal time towards the end of the year. Sadly 2021 started with another complete shutdown for all schools for the whole month of January and right now only half the schools are running normally, and the other half are only running for half days. The only good thing for the kids is that they will not have exams at the end of this school term. They are really enjoying that!   In Thailand, the school year normally finishes in March and starts in May the next school year starts. But this year the school year goes until the middle of April and starts at the beginning of May already to make up some of the lost time.

The year was also not easy for the mothers as they had a hard time with home schooling and keeping the children busy at home. I think they are even happier than the children that schools and our nursery are open again. When things opened, we were finally able to have the first Tamar Family Night of 2021 at the end of February. We all went to the beach, had a barbecue, and did many games with the children. They enjoyed the running around and we adults were happy that we could be outside and finally with a bigger group again. Pattaya right now is actually nice – there are still no Tourists around (which is very hard for the economy and for jobs but great for traffic and empty beaches!). We are trying to make as much as possible out of these weeks and just hope that there will be no further lockdowns. Thailand has finally started a vaccination program and it looks likely that maybe in October Tourist will be allowed back into the country.

You will also see some pictures attached from a former Tamar woman that now has her own job but where we still support her children. We had a meeting with her and then took her shopping for supplies for school and some gifts for her children as well. She had a lot of fun picking the items and sharing them with her children.

We are also very happy that we can report that one of our babies got very good news. When she was born the doctors detected some issues with the heart muscle. Now that the child is about a year old, they went for a check-up to a special heart clinic for children and the Doctors confirmed that the muscle has grown and is now almost 100% as it should be – which is really amazing, and we are very thankful for that.

Attached you will see some of the pictures of our children from an outing that we did with them just after Christmas to a Zoo. It was only three days before the second surprise lockdown started and we were glad that we managed to do an outing at that time.

Good, so much from us from Pattaya. The kids are now looking forward to a normal school break and hopefully they can really enjoy this holiday and play outside a lot!

Thank you for your continued support of the children of Tamar Center!

For the Tamar Family 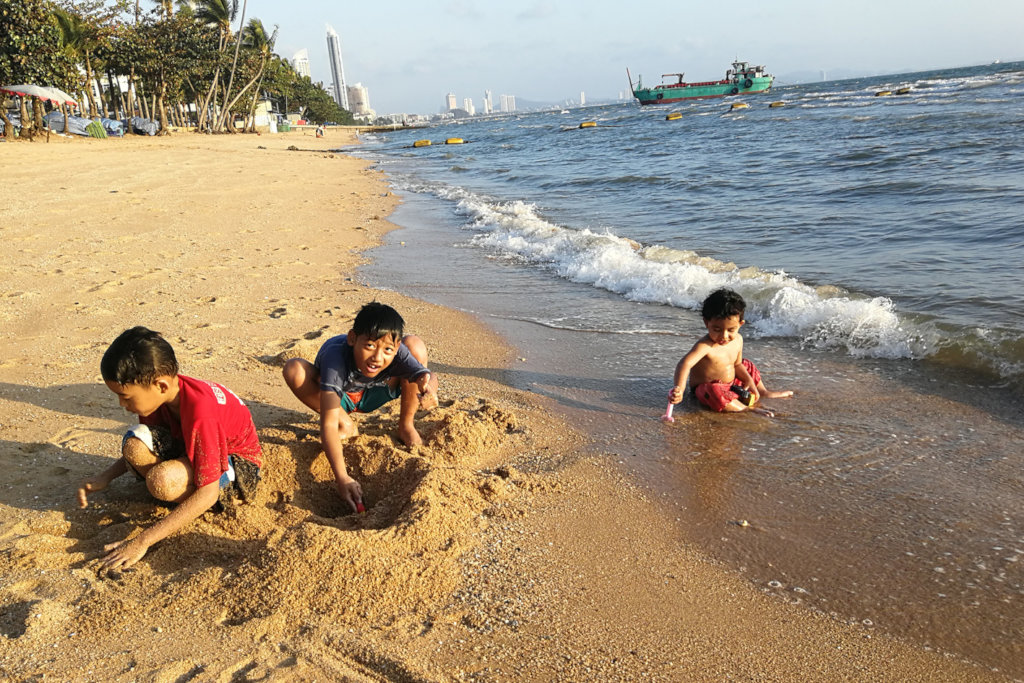 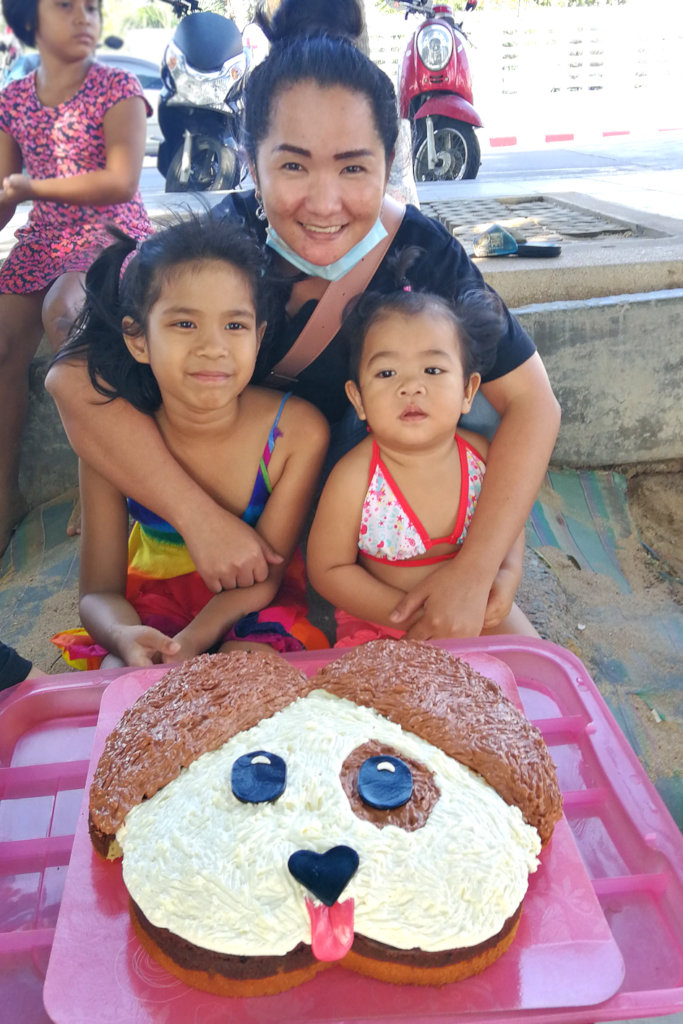 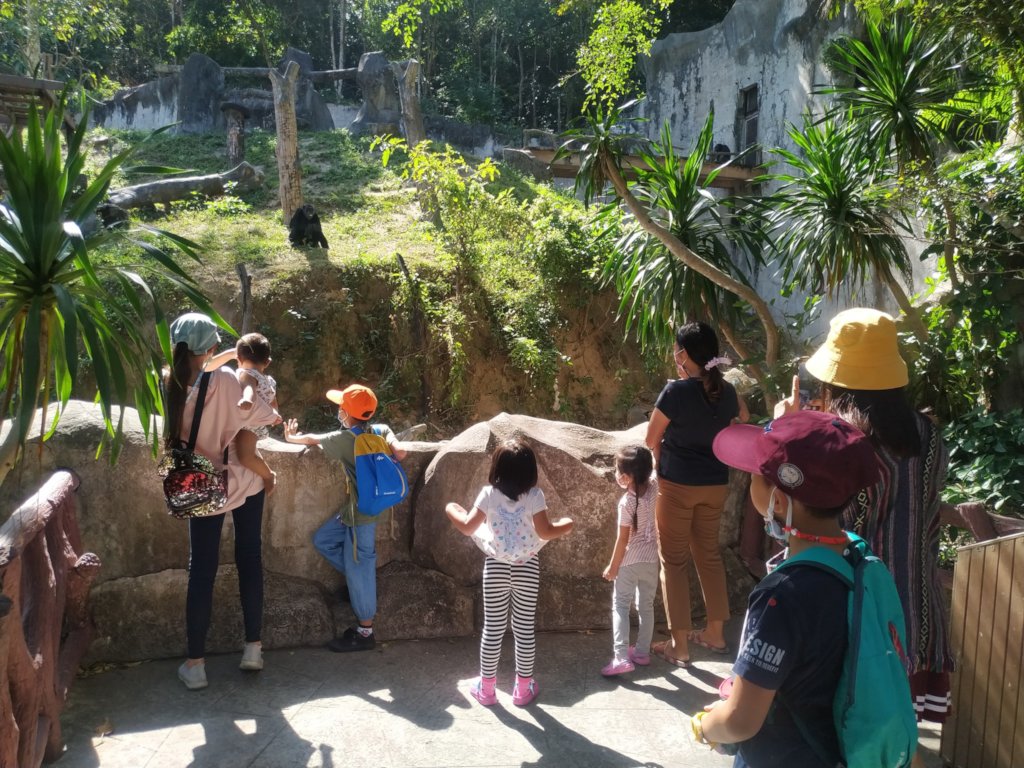 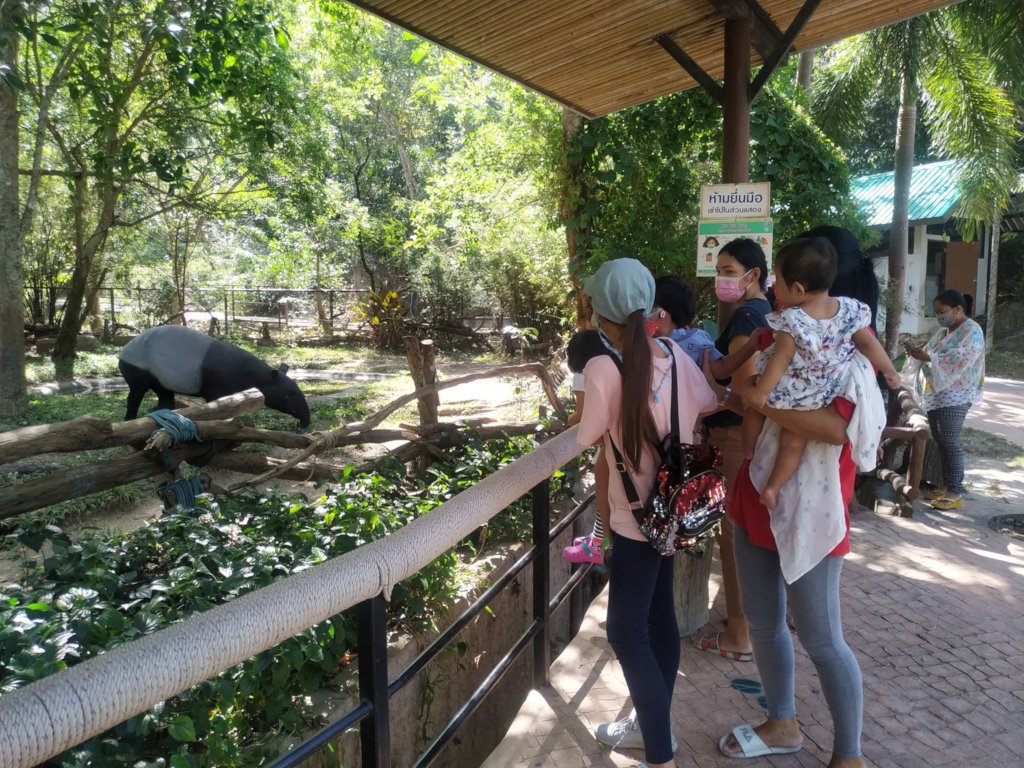 Pattaya, Chonburi Thailand
$32,547 raised of $45,000 goal
You last donated to this project on
284 donations
$12,453 to go
* Amounts in US Dollars
Donate Now
Donate once
Donate monthly
$30
USD
Will help support child education for one month
›
$60
USD
Will help support child education for two months
›
$180
USD
Will help support child education for half a year
›
$360
USD
Will provide support for child education for one year for one child
›
Make a monthly donation & get matched today at 100% while funds remain. Terms and conditions apply.
Give the gift of stability in a time of instability. Set up an automatic, monthly gift now and get matched at 100%—because the COVID-19 pandemic has hurt us all, and it will take all of us to overcome it. Terms and conditions apply.
Monthly giving is as easy, safe, and as inexpensive as a Netflix subscription. Start a monthly donation to Tamar Center today and get matched at 100%. Terms and conditions apply.
$10
USD
monthly
Help support the education of one child!
›
$30
USD
monthly
Will support one childs education every month!
›
$60
USD
monthly
Helping two children every month to get an education!
›

Donating through GlobalGiving is safe, secure, and easy with many payment options to choose from. View other ways to donate
Tamar Center has earned this recognition on GlobalGiving:

GlobalGiving
Guarantee
Donate https://www.globalgiving.org/dy/cart/view/gg.html?cmd=addItem&projid=25740&rf=microdata&frequency=ONCE&amount=25
Please Note
WARNING: Javascript is currently disabled or is not available in your browser. GlobalGiving makes extensive use of Javascript and will not function properly with Javascript disabled. Please enable Javascript and refresh this page.