Help Veterans Who Struggle with Fireworks

by Military with PTSD 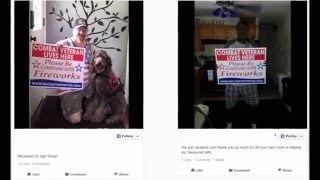 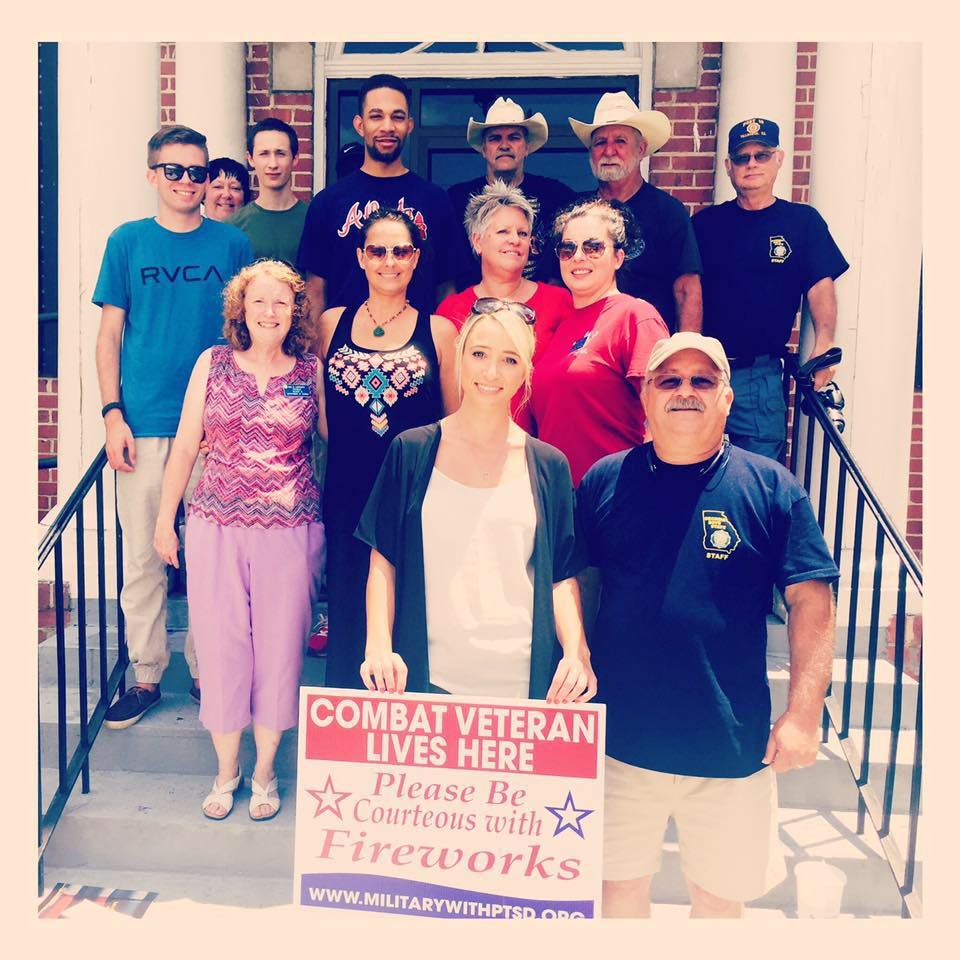 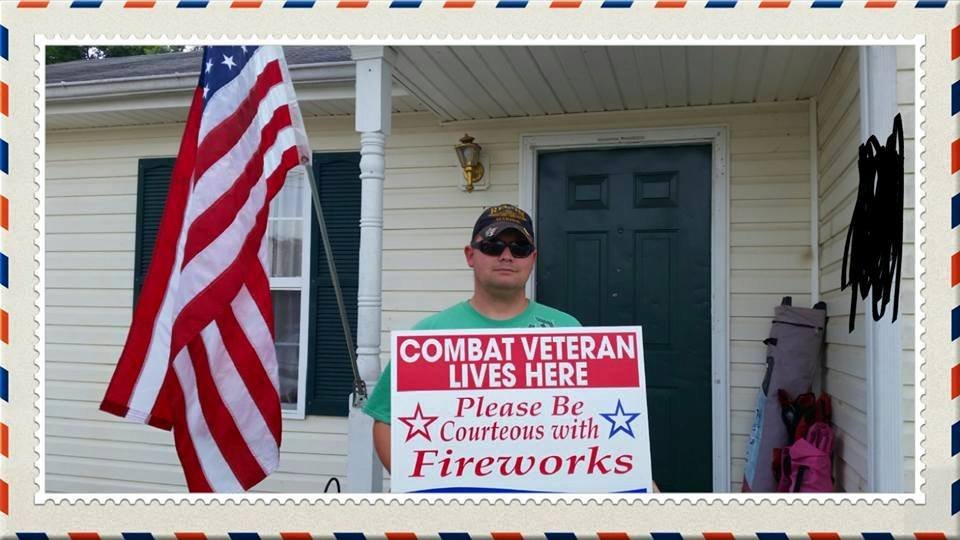 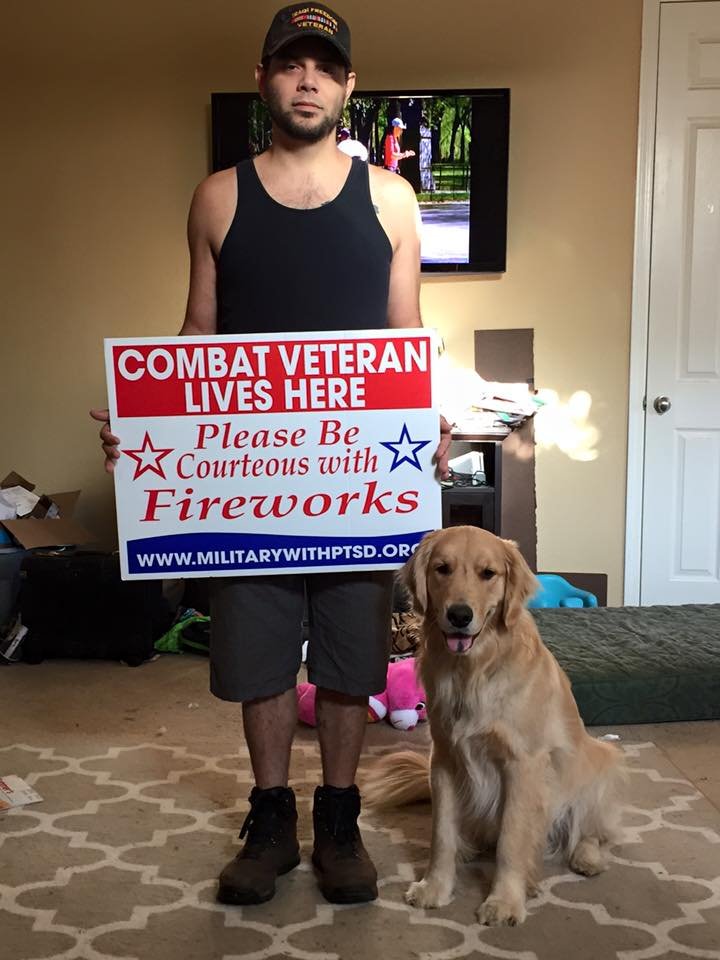 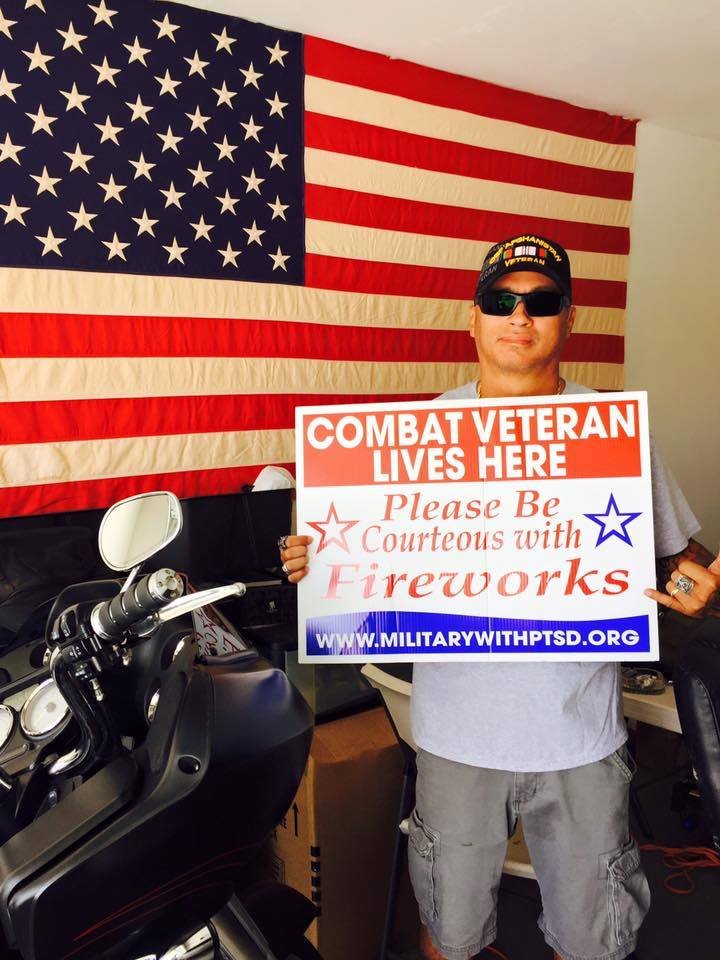 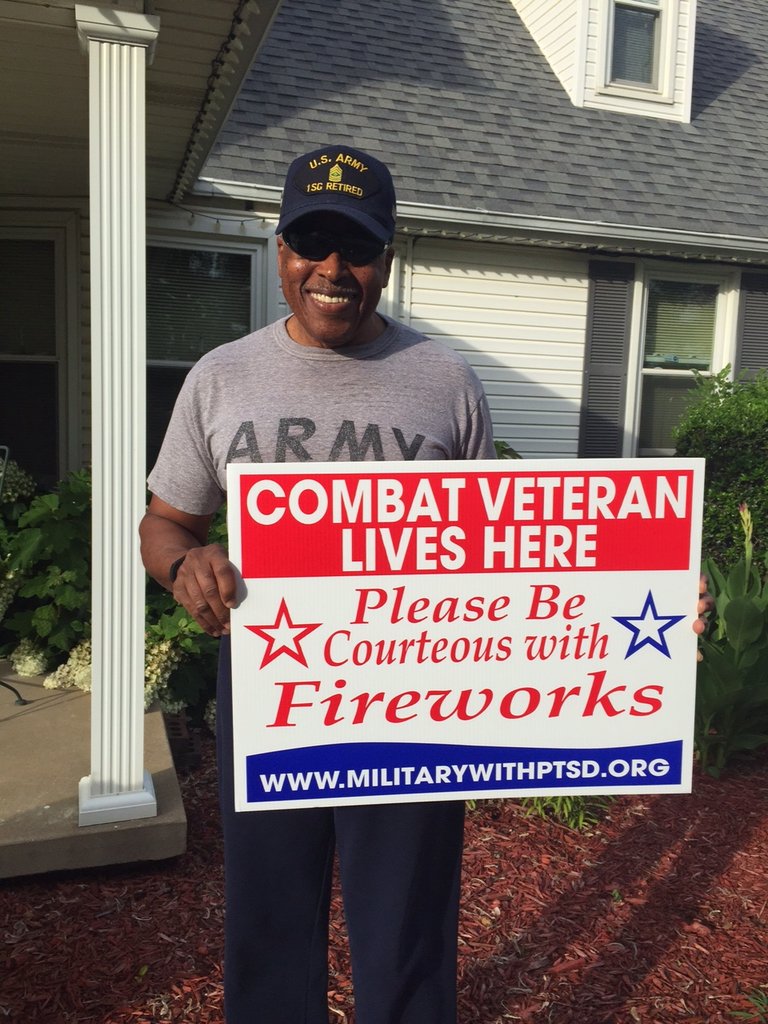 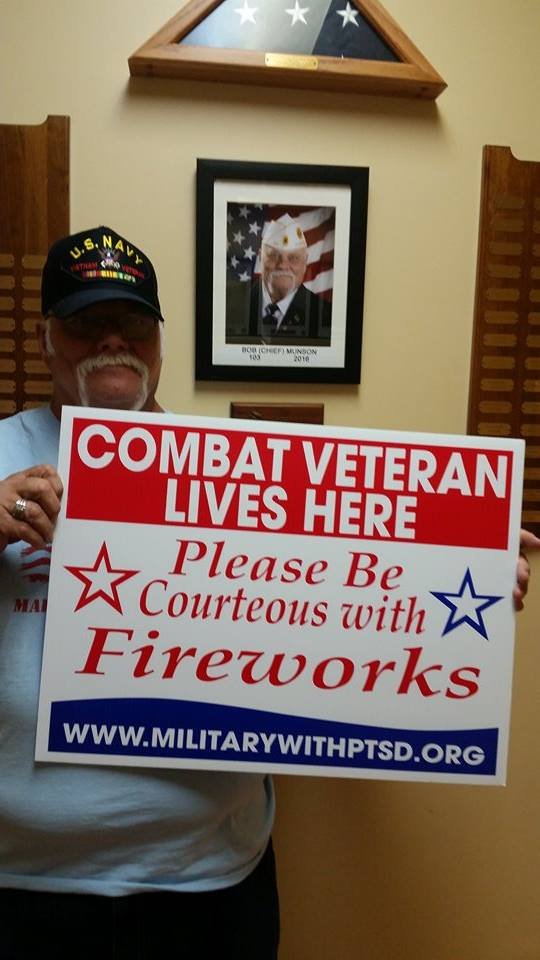 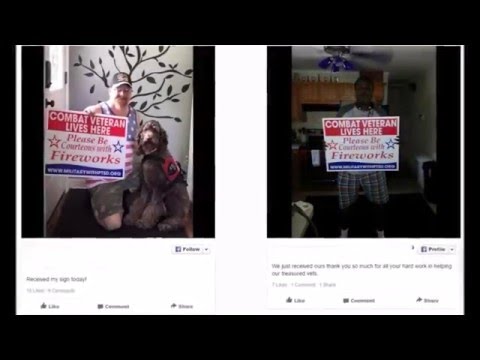 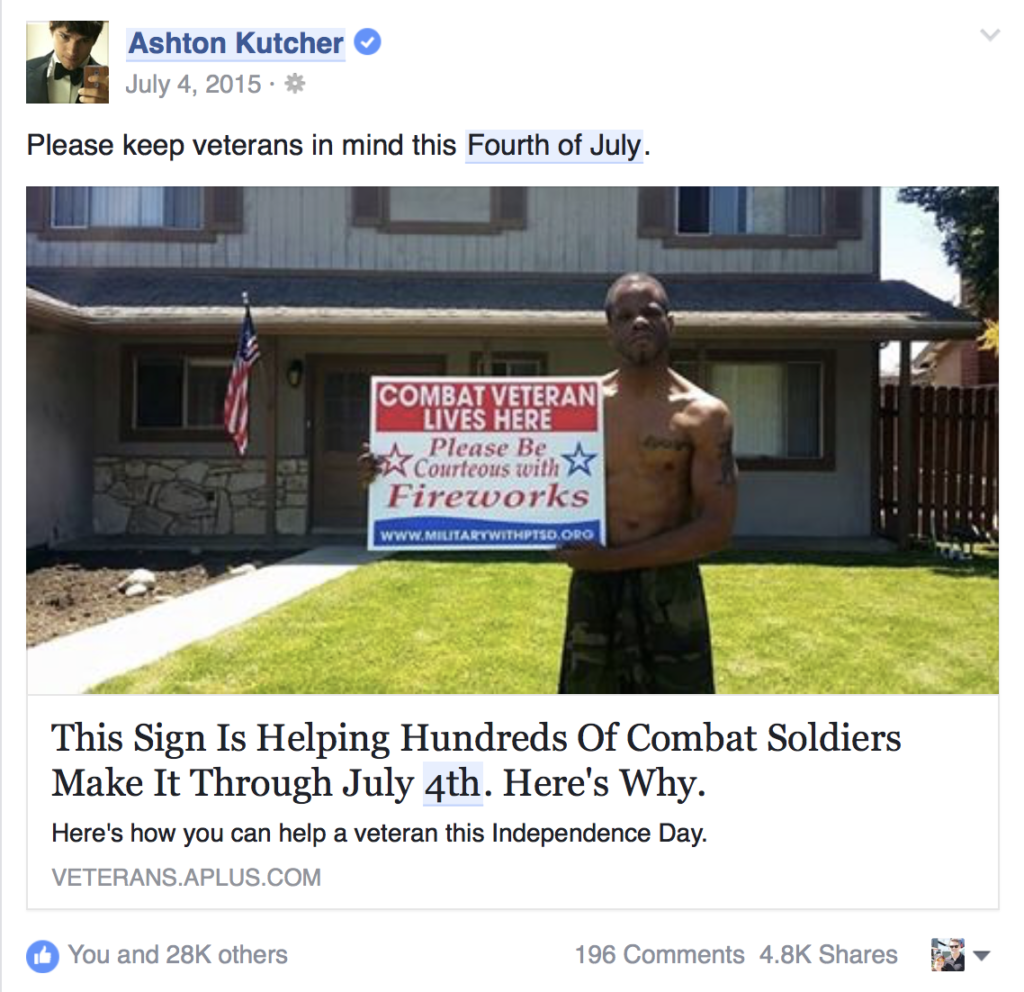 As the second year of the Explosion of Kindness campaign has ended, we have taken this down time to complete the first Case study on the program. I will be presenting the case study at Liberty University for Research Week in April.

While the signs have been a great first step, the signs are not the end goal for campaign. The last two years we have asked ourselves, what is the next step? The Explosion of Kindness campaign had two main objectives. One was to raise awareness and educate everyone on the effects of fireworks on veterans. The second was keeping the veterans in their communities and not isolating or running away from their homes. The signs offered a non-threatening way for veterans to alert neighbors that a veteran lived in the neighborhood and to please give a courteous heads up before lighting off unexpected fireworks.

When we launched the campaign in 2015, we did not know what to expect, as the Explosion of Kindness was one of our first programs we launched as a nonprofit organization. To our surprise, the campaign went viral with thousands of veterans posting pictures of themselves holding their yard sign on social media. Veterans across the country who received signs garnered Nationwide news publicity. Although our organization appeared in many interviews as seen on MSNBC with Alex Witt, CNN, Fox News, NBC News, CBS News, Newsmax, The Daily Telegraph UK, The Washington Post, Time, Smithsonian, Good Housekeeping, Reuters, MSN, Medical Daily, and Military Times. However, it was the veterans themselves who began appearing in local interviews from coast to coast. Celebreties such as Ashton Kutcher and Mike Epps posted their support of veterans as well. The movement was met with gratitude, confusion, and even anger. While the veterans who received a sign were generally grateful and many stated the signs helped, civilians were either grateful for the education about how fireworks affect veterans or they were confused by the message. Many veterans who received a sign stated that the sign helped open conversations between neighbors.

Unfortuantely, the veterans who disagreed with the signs keet repeating that the sign is making veterans look bad and causing people to think less of veterans and get the wrong impression about PTSD. We looked to see how civilians were reacting to the signs, and found, for the most part civilians are very supportive. Even seeing some civilians telling veterans that they support the sign and are grateful for the education about how fireworks can affect veterans. However, after analyzing feedback we have started the next step towards reaching our objective.

While the Explosion of Kindness campaign made a substaintail impact that created change, at Military with PTSD, we are about the family. Understanding that sometimes children of veterans may not get to enjoy the fireworks could make them resentful towards their parent and PTSD. Currently, the signs were a good first step to raising awareness. However, with veterans who are against these signs, it may be more beneficial to look at noise cancelling headphones to help veterans.

In development right is the a headphone designed specifically to tune out fireworks. We believe these specially designed headphones are an important next step to help veterans start to participate in the fireworks with their family instead of avoiding them all together. In the end, we believe that is what is most important. We will continue with the Firework signs as we move forward in our mission to help keep families together. Donating through GlobalGiving is safe, secure, and easy with many payment options to choose from. View other ways to donate
Military with PTSD has earned this recognition on GlobalGiving:

GlobalGiving
Guarantee
Donate https://www.globalgiving.org/dy/cart/view/gg.html?cmd=addItem&projid=21018&rf=microdata&frequency=ONCE&amount=25
Please Note
WARNING: Javascript is currently disabled or is not available in your browser. GlobalGiving makes extensive use of Javascript and will not function properly with Javascript disabled. Please enable Javascript and refresh this page.