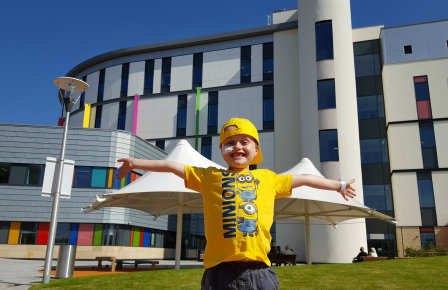 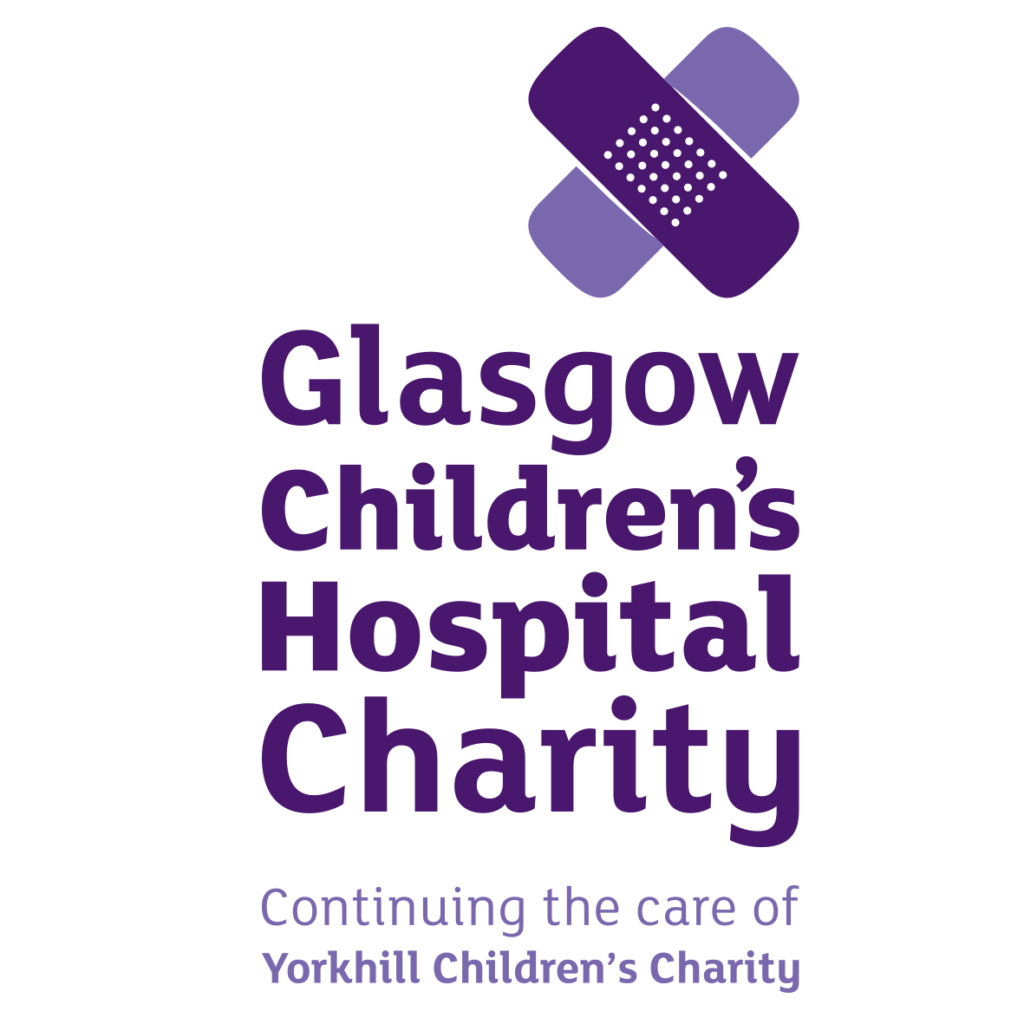 When Nathan was born in October 2015, his parents Lesley and David were told that they had a long road ahead of them.

Nathan was born with Tetralogy of Fallot – a form of congenital heart disease which results in 4 defects of the heart – and a Cleft Palate.

“All I remember asking was if he could be fixed. We were told yes, but although this was positive, for us it was just the worst possible news. We were devastated”.

Although Lesley and David were overwhelmed by all of the information and uncertainty surrounding Nathan’s conditions, from the moment they arrived at the Royal Hospital for Children, they felt inspired and were given invaluable support which made them hopeful for his future.

“We’ll never forget walking into the children’s hospital for the first time – we thought what was happening was the worst thing in the world.

“Then we saw children that were much worse off than Nathan – that was a reality check. As much as we didn’t know what Nathan’s future would be, straight away we tried to be more positive”.

Now, the couple are doing all they can to fundraise for Glasgow Children’s Hospital Charity to help support all of the babies, children and young people treated at the children’s hospital which became their home for 3 months.

“Coming into the hospital changed everything for us, so we knew we wanted to do something for Glasgow Children’s Hospital Charity”.

Throughout their time in hospital, Nathan, Lesley and David benefitted from the work of Glasgow Children’s Hospital Charity.

The family initially supported the charity’s Little Hearts Appeal to fund the UK’s first 4D Cardiac Scanner. This state-of-the-art piece of equipment will help Nathan throughout his cardiac journey, by providing the medical team with the most detailed images of his heart for successful treatment.

As days turned into weeks, which turned into months at the children’s hospital, Lesley and David started to notice the mounting costs of having a child in hospital.

They were referred to the Family Support and Information Service funded by Glasgow Children’s Hospital Charity. This service, which provides practical, emotional and financial support to families in the hospital, guided the couple through their application for Disability Living Allowance.

“The Family Support team made it all so quick, easy and took away the stress from the daunting forms. We’re so glad we were referred and applied for support. It’s a huge weight off our shoulders.

“I was really concerned about going back to work and missing out on time with Nathan, as we missed out on so much during his first 6 months. The allowance means that I can possibly return to work on 30 hours instead of 37 hours per week, giving me an extra day to spend precious time with Nathan”.

A Critical Time for Nathan

Nathan’s complex open heart surgery to repair the four abnormalities with his heart lasted an agonising 15 hours. Although the repair was a success, Nathan was still left with two leaking valves which will require further surgery in the future. Post-surgery Nathan was then transferred to the Intensive Care Unit on ECMO (a heart and lung bypass machine).

Little Nathan went on to spend over 8 weeks in ICU - a frightening and stressful time for him and his family.

“There was a lot of back and forward getting him back to a good place. It was really frustrating and felt so unfair on Nathan, we couldn’t see an end to it."

While in ICU, Nathan was visited by Glasgow Children’s Hospital Charity’s Readathon volunteerswhich provided a welcomed distraction to the whole family.

“Nathan loves being read stories. One of the volunteers let us pick a book for him and we read him the story every day – he loves it! It’s about a dinosaur because his big sister Freya (7) loves dinosaurs. She likes to read it to him herself, it’s really special to see”.

Nathan also enjoyed visits from Mickey Mouse and the Scottish Women’s Football Teamorganised by Glasgow Children’s Hospital Charity. While Nathan was excited about seeing the world’s most famous mouse, the visits were a huge morale boost for his parents too.

After more than 2 months in ICU, Nathan was transferred to the Cardiology Ward. His parents were delighted that he had turned a corner and was on the home straight. Lesley and David were even more thankful that they would now be able to stay by his side thanks to the Pull-Down Bed in his room, funded by Glasgow Children’s Hospital Charity.

“I couldn’t wait for Nathan to be transferred to the ward so that I could stay with him. The Pull-Down Beds are amazing - they’re really comfortable. You get to sleep next to your baby, so they’re ideal. I think it’s actually helped with the transition to getting home by giving us more time to learn how to care for him 24/7”.

As Nathan built up his strength, the Play Room on his ward funded by Glasgow Children’s Hospital Charity became a place for him to play with his big sister Freya who had missed out on precious time with her new baby brother while he was in ICU.

“Freya loves the play room. It was a really difficult time for her not getting to spend time with Nathan when he was in ICU. Now she gets to play with Nathan there and has been able to meet other kids her age whose siblings were also really unwell”.

Although Nathan was transferred to the Cardiology Ward, he still had to make another trip to theatre. This required him to be nil-by-mouth for several days which was even more difficult for Nathan as he had begun teething too. His parents were thankful for the charity’s Mobile Sensory Unit, which helped to calm and distract Nathan until his surgery.

Later this year, Nathan will return to the children’s hospital for his Cleft Palate surgery. He will benefit from the charity’s latest appeal which funded a state-of-the-art surgical microscope. This piece of equipment will be used for procedures like his to help repair the hole in his mouth.

Nathan is finally home, although there are still uncertainties around how his heart will cope with his leaking valves. Inspired by the families they have met at the hospital, Lesley and David have joined forces with friends and family to fundraise as #TeamNathan. The couple have already raised thousands of pounds for Glasgow Children’s Hospital Charity and are showing no signs of slowing down, determined to help many more children just like Nathan.

Find another project in United Kingdom or in Physical Health that needs your help.
Find a Project

GlobalGiving
Guarantee
Donate https://www.globalgiving.org/dy/cart/view/gg.html?cmd=addItem&projid=18000&rf=microdata&frequency=ONCE&amount=25
Please Note
WARNING: Javascript is currently disabled or is not available in your browser. GlobalGiving makes extensive use of Javascript and will not function properly with Javascript disabled. Please enable Javascript and refresh this page.